There is this book that will bake your noodle by Robert M. Pirsig that examines this abstract and seemingly subjective question at length and with different modes of reasoning. It’s called Zen and the Art
of Motorcycle Maintenance and I highly recommend sitting down with it if you haven’t felt stupid in a while. I couldn’t do it justice if I had a week to write on the subject but I was reminded of some of the questions posed by the novel while trying to describe Zach Snyder’s career as a director. He tends to be criticized for his lack of storytelling acumen or character depth among other thingsand while I don’t disagree with these points it’s hard to verbalize why his films generate mediocre reviews when all the ingredients for an exciting, compelling experience seem to be present. This is that primary question that brought me to Zen; when is something art and when is it just beautiful?

Let me preface by admitting that I am not his biggest fan and that any excitement over the forthcoming over Batman v Superman: Dawn of Justice completely escapes me. In fact, I feel like the only one at the party who hasn’t taken Forget-Me-Nows, such was the letdown of his last three major releases (more on that later). But I want to be equivocal on the man and his body of work, he’s going to be a major influence on the direction of the DC Cinematic Universe, and I like to have a broad perspective going in. I’m also going to give a pass on Dawn Of The Dead (because I haven’t seen it) and 300 (because I really liked it, what can I say). Instead I’m going to focus on his last three more ambitious films, Watchmen, Sucker-Punch, and Man of Steel.

I happen to love a good movie trailer. One that doesn’t give away too much and titillates just enough, even better, one that stands alone as it’s own work of art. The trailer for Watchmen is a perfect example of this and it raised my expectations for the film itself, probably more than was reasonable. And the film disappointed, oh boy, did it disappoint. I know that it has its supporters and certainly its strengths, I will also grant that it mostly works on its own independent of the graphic novel, however, that graphic novel is celebrated for its depth and atmosphere and layers of literary brilliance. The film lifts the superficial elements of the story, the costumes, the sexuality, the violence, the blue phallus, and leaves the real beauty of the novel behind. This is subject matter that belongs in a David Fincher’s hands, or an Aronofsky. Instead we received, essentially the equivalent of Michael Bay interpreting Guernica. Sure, he knows explosions but that really isn’t the point of Guernica. Snyder certainly had his success turning a graphic novel into film with 300, but Frank Miller and Alan Moore are on two different ends of the spectrum. One excels at minimalist noir, the other is an actual warlock.

Not pictured: wizard hat. But you know he has one.

I know opinions vary on this film but for me, Watchmen is where Zach Snyder’s reach exceeded his grasp. And I’ll give the guy a lot of credit for taking on an entirely original project after this film, even if it’s one of the most abysmally disingenuous attempts at female empowerment I’ve ever seen.

Sucker-Punch is a thing that happened. This is where I’m going to lose some of my objectivity but I have to be honest, otherwise what else are we here for. I’m a believer in the critical philosophy of watching a film twice, once for the storytelling/experience, and again for the technique. I have sincerely tried to watch this film for the technique at least three times but I never get further than 30 minutes in. My eyes glaze over and I realize I’m just looking through the television screen and thinking about soup. Which is bizarre because so much of this film is gorgeous and saturated with detail and I’ve had a crush on Jena Malone since for all time. But it happens every single time I try to watch this movie and I do not know why.

Here is an impassioned, full-throated defense of Sucker-Punch by a guy who is way too excited and condescending. The gist of his argument is that the film is actually chock full of film symbolism and complexity which makes it great and that those of us that haven’t picked up on that are, quite simply, idiots. But the truth is, although the symbolism is there for someone with an Adderall prescription to unravel, complexity doesn’t always equal good. I know I faulted Watchmen earlier for lacking it but SP swings pretty far in the other direction at the expense of coherence. And if you want to see a feminist film in action, its name is Mad Max: Fury Road.

This defense also posits that the hypersexualization and suggestive dancing is, in fact, empowering the imprisoned and abused women in this movie by asserting that they are taking control of their sexuality in order to free themselves from patriarchal oppression, which is, and I apologize to any readers that do not speak French, f*ing bullshit. I’m all for women embracing their power as equals and overcoming slut-shaming in all its forms but let’s call a spade a spade here. Snyder put a bunch of gorgeous women in schoolgirl outfits and mini-skirts, gave them guns and swords, and threw them in a toy chest full of monsters. This is not female empowerment, it’s fetishizing which is perfectly fine if that’s your thing (Japan) but don’t pee on my leg and call it a Vagina Monologue.

I did enjoy Man of Steel in theaters but I encounter the same inability to engage with the film a second time around. I’m convinced it has to do with what I will now refer to as Walking Dead Syndrome. I’m not coming down on that show, by the way, so put away the pitchforks (for now) but I found that it lacks rewatchability: it’s primary storytelling tool is “What’s going to happen next.” That may seem like a No, duh observation but think about it this way. Take a show like Breaking Bad which is an unfair comparison but an easy example. Going back and watching that show you discover a dozen ways the showrunners foreshadowed events, the details, the symbolism. But with The Walking Dead there is really only the question of who is going to get eaten with a curious absence of, well, depth. Man of Steel felt that way a second time around, not the people-eating part but a by-the-numbers approach, lacking any kind of deeper elements of storytelling, potentially because of its origin story nature and excluding, of course, the PARALLELS TO CHRIST which are so bluntly presented they require Caps Lock.

I might be reading too deeply into this one, though.

Which leads us to Batman v Superman; Department of Motor Vehicles. There has been a lot of talk of ‘cautious optimism’ with regard to the odd casting choices and the rushed nature of the DC universe as it plays catch up with Marvel. Zach Snyder is directing this much anticipated crossover as well as the forthcoming Justice League two part films. I appreciate that optimism but I do not subscribe to it. Because I have a functioning memory. The footage released so far does look spectacular but so did the trailers for Watchmen, Sucker-Punch, and Man of Steel. 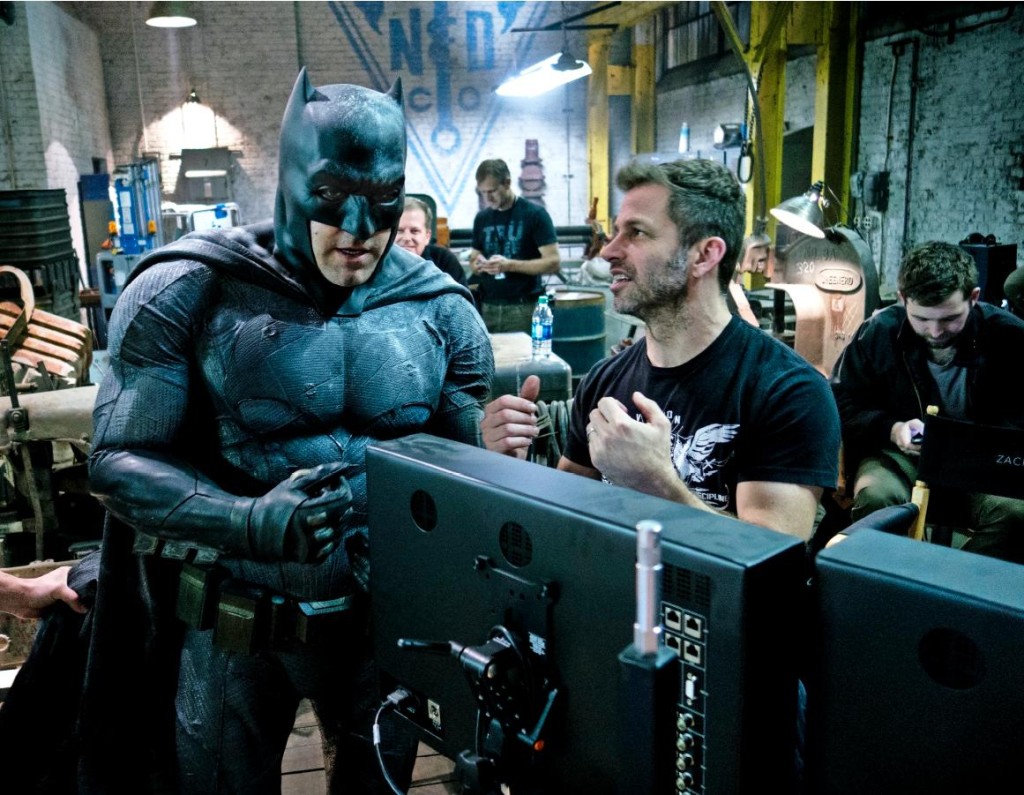 I don’t want to give an impression that I’m rooting against Snyder and the monumental undertaking that is bringing these iconic characters to the big screen, or that I take pleasure mocking his work, I do not. Instead, I am disappointed but I don’t know why. As I mentioned earlier his films have all the things I know I should enjoy and they are unarguably beautiful. But are they art? Again, what is quality.

I can recall my first experience with its unexpected absence, in fact, I think most of us shared this moment. I remember seeing Star Wars Episode I: The Phantom Menace in theaters with all the expectation and optimism in the world and about five minutes in I felt myself not connecting to what was onscreen. This is not good and I don’t know why, I thought. It has all things I liked. Lightsabers, spaceships, Ewan MacGregor. I just didn’t care. Pirsig mentions this phenomenon in Zen and the Art of Motorcyle Maintenance, when students are confronted with the question of ‘what makes something good rather than just aesthetically pleasing, what makes it art?’ the basic response eventually boiled to down to ‘you just know it when you see it’.

It’s more or less a given that BvS:DoJ is going to make boatloads of money, it’s unavoidable with how popular these characters are, but will they be enough to anchor another universe of characters that are far less popular in mainstream pop culture. The Flash? Green Lantern? Aquaman I will support purely out of fear of Jason Momoa. It’s all on Zach from here and if history has shown anything with regard to DC’s most popular characters, name recognition alone doesn’t cut it, the Batman and Superman franchises all declined consistently and have had to be rebooted multiple times. Here’s hoping he finds a way to buck that trend, these compelling characters deserve a sincere portrayal for how popular and enduring they are, something that reminds us how our superheroes represent both our hopes and fears about the world around us, and something that is more than just pretty to look at.