You are here
Home > MOVIES/TV > ON TV: “Top of the Lake” Netflix Review

A very good detective story benefits from subtle exposition, from the slow reveal of character depth, and a constant sense of uncertainty about the narrative as it unfolds. It metes out just enough detail to keep the listener feeling intrigued, even second guessing the storyteller as misdirection and ploys are introduced and drawn around the screen, like a brush on canvas. And, like a painting, the whole only becomes clear upon completion when all the shadows and brush strokes that looked like chaos up close come together at a distance. Top of the Lake is at once elegant and brutal, quiet and breathtaking; it’s a master class in noir filmmaking and a thoroughly feminist interpretation of a classically male-dominated genre. Created, written, and directed by Jane Campion and Gerard Lee, this mini-series inverts the traditional whodunit formula, beginning with the unexpected pregnancy of a 12 year girl, rather than a murder and unfolds from there. What follows is evocative of everything from The Girl with the Dragon Tattoo to Broadchurch to Chinatown and everything in between. Similar to a ghost story the plot elements and characters are almost always the same but it’s the storyteller that makes the difference. And Top of the Lake has an exceptional one. 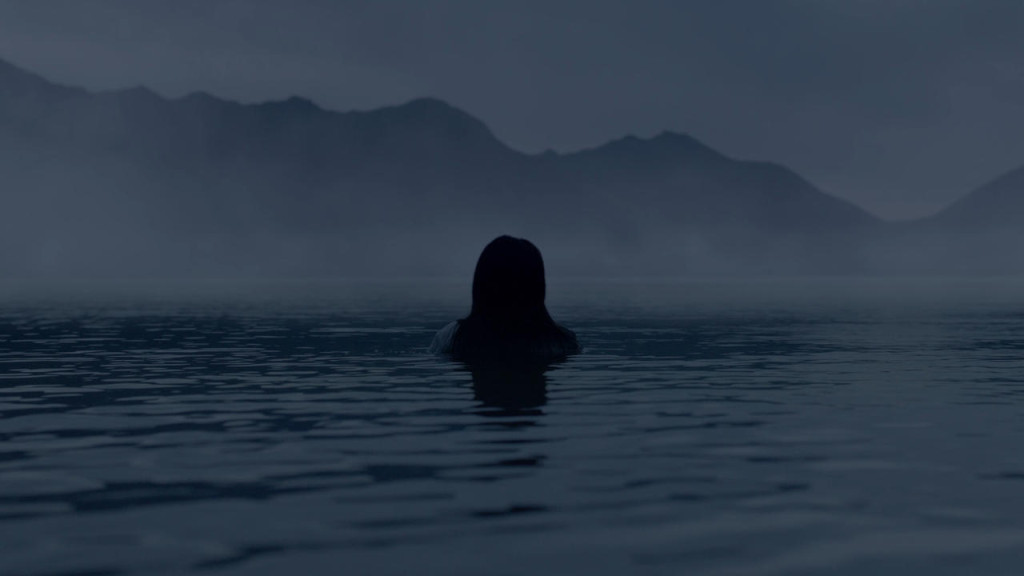 Filmed in New Zealand, this series is populated with both expected genre tropes and vividly realized unique characters. Anchored by Elizabeth Moss of The West Wing, and Mad Men, the supporting cast is pitch perfect and well written all around. In this small town of Laketop there are two polar forces that come into contention, a violent alpha male and the spiritual feminine guru. And as the police and family members search for what happened to a young pregnant girl these two elemental personalities bookend a tragic and hypnotic story. As the former, Peter Mullan as Matt Mitcham is a force of nature, quick to violence and unsettling when affecting kindness, he’s a bad day waiting to happen. Equal parts caveman and card player, mad dog and schemer, Mullan is exceptionally watchable even when he’s at his worst. His counterpart is GJ, portrayed by Holly Hunter, who projects one part Yoda, one part Rust Cohle, and something else entirely, described as operating on different plane of existence. In a lesser actress’ hands this role would be a hard sell but Hunter is the perfect counterpoint to Mullan’s crackling energy, she is stillness. GJ waxes philosophical, she speaks in cryptic bursts. She prophesizes (“How are your knees? You will go down hard , the search will bring you low, to the ground on your two knees, that’s right. No one likes it. Face in the dirt.”), she wanders off and seems to always be elsewhere, incongruous with her American accent, and stepping to some syncopated drumbeat that only she can hear.

It goes without saying that a story about a 12 year old girl who is mysteriously pregnant explores some pretty dark subject matter, specifically, rape in various forms. This is a sensitive topic for film or television that is rarely explored from the perspective of a female or the victim, one that I’m deeply uncomfortable with when it’s a throwaway plot device but in Top of the Lake there is real gravity and horror to the act. And consequence. And it’s thankfully not as graphically portrayed as it is in something like The Girl with the Dragon Tattoo, but it is a significant factor in the several character’s development. There is a curious anecdote that is told by a minor character in the first episode that comes to mind. All the women sheltering with GJ in a cluster of impermanent empty shipping containers are recovering from one trauma or another, some hiding from abusive men, or sex addiction, but Anita (portrayed by Robyn Malcolm) is trying to get over the death of her pet chimpanzee. The chimp was originally a close friend and companion but, from what I assume based on my limited knowledge of primates, as it reached puberty and developed it became violently possessive of her to the point of being dangerous enough to need killing after it began attacking people. It’s an odd thing to drive someone into exile on a remote property in New Zealand but Anita seems sincerely broken up about it as she explains her story to the beast that is Matt Mitcham. I can’t help but wonder if this is a thinly veiled metaphor for the behavior of men in general past a certain age and if it isn’t maybe it should be. This is not, however, a series about hating men but rather how strong a woman or even a girl can be in the face of the evil that men can do. 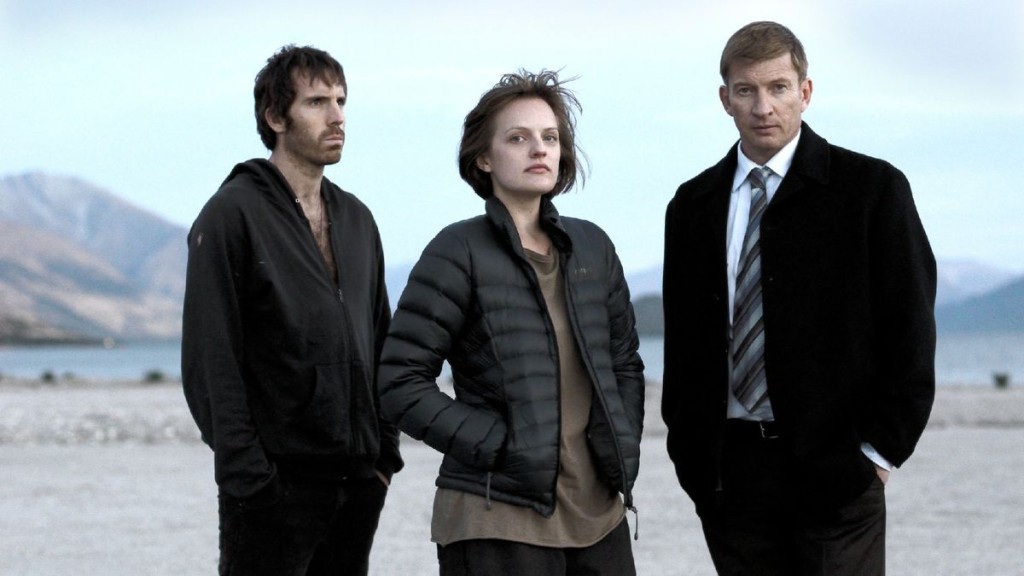 I have not explored this mini-series here beyond the first act or so and I’m not going to out of my affinity for the show itself and the storytelling craft. Suffice it to say, it has moments that are breathtaking as it builds to a compelling and thoroughly satisfying ending that exceeded my expectations while still leaving a sense of openness. I have active theories about some of the major plot threads. I’ve looked back over the series and thought, of course, it was right there. Because TotL does mystery right, it doesn’t cheat or cut corners or backstep. It’s filled with vivid details that make Laketop feel like a living breathing place. And if I had to describe its polar opposite, the Matt Mitcham to its GJ, the first thing that comes to mind is True Detective. Where TD succeeded in being swaggering, cocksure, and other masculine adjectives (like tumescent) it founders in the final act of the first acclaimed season. In all fairness, I openly liked the ending for what it’s worth, but I didn’t understand how it had come up short until I completed Top of the Lake. I’ll not go any further, on the subject, however, again out of respect for the experience.

Top of the Lake is well worth the time, the first season composed of seven episodes is available on Netflix with a second season currently in production. It’s hard to recommend a show like this that requires a real attention span and some patience to get invested in, there are very few films or series like it. It honestly took me two attempts before I was hooked and I remember wondering why it looked so subdued and dark. This is not the New Zealand that Peter Jackson showed the world. Instead, it is arrested in blues and teals and tans, washed out but gorgeously expansive. It’s an appropriate palette for a story like this, not warm or lush but lovely and cold. And as with most stories that are steeped in noir, what at first appears as normal as a peaceful small town or the surface of a lake, is revealed to be an illusion hiding something deep and dark.