Photos and review by Wendy Darugar and Glenn Woodell

It’s Sunday night in Norfolk, VA and tattooed, colorfully-mowhawked devotees to Psychobilly and Punk are gathering for a rare event.  The NorVa is hosting three bands in their line-up this night, each with their own different spin on the Punk/Rockabilly music genre. As we wait outside the venue for the doors to open, Kenda Legaspi and Reverend McGinty (the vocalist and keyboardist from The Creepshow) step out front to take a quick break from equipment set-up and mingle with the crowd outside. 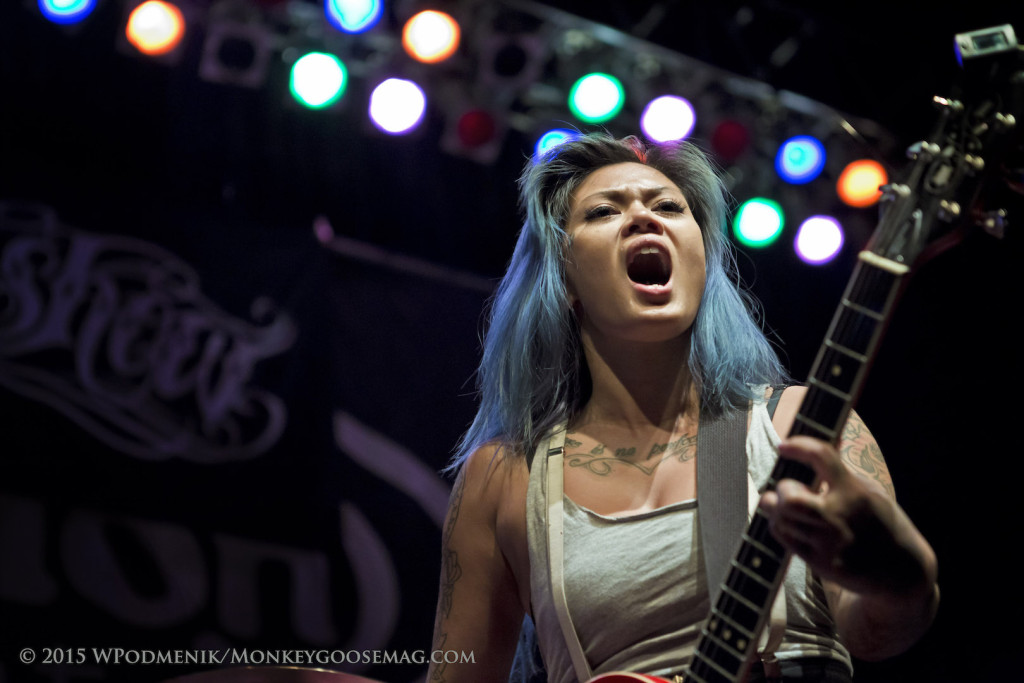 The show gets off to a late start and the crowd is slow to filter in to this historic venue. The Creepshow takes control of the stage with their uniquely themed mix of psycho and punk. This band, who calls Toronto home, draws musical inspiration from old classic B-movies and early horror films. This show is part of their 10-year anniversary tour.

Kenda commands the stage with aggressive style, flipping her lavender hair, running back and forth, and climbing on top of Sean “Sickboy” McNab’s upright bass. For one of their last songs, she ventured out into the crowd to sing among her fans. 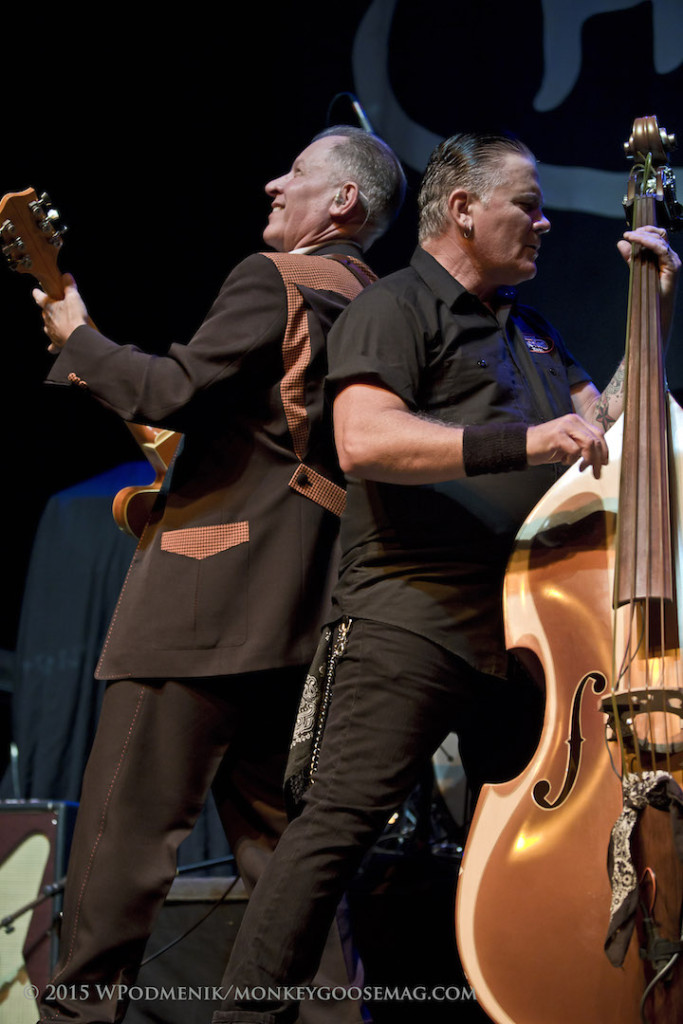 A quick equipment switch-out leads to co-headliner, and cult Psychobilly classic, Revered Horton Heat. The crowd, which is slow to build, reaches its height for the evening by the time the trio gets going with their vivacious, fun-loving, and humorous sound. With his gray and brown suede hounds tooth jacket, The Reverend commands the stage like a true reverend commands the pulpit. He and bass player, Jimbo Wallace, take turns stealing the show with their very visual playing styles.

During their encore, a small mosh pit forms which is tolerated under the watchful eye of security. At one point, Wallace lays his bass on the stage, while the Reverend stands on the side of it, while still laying down the bottom end. 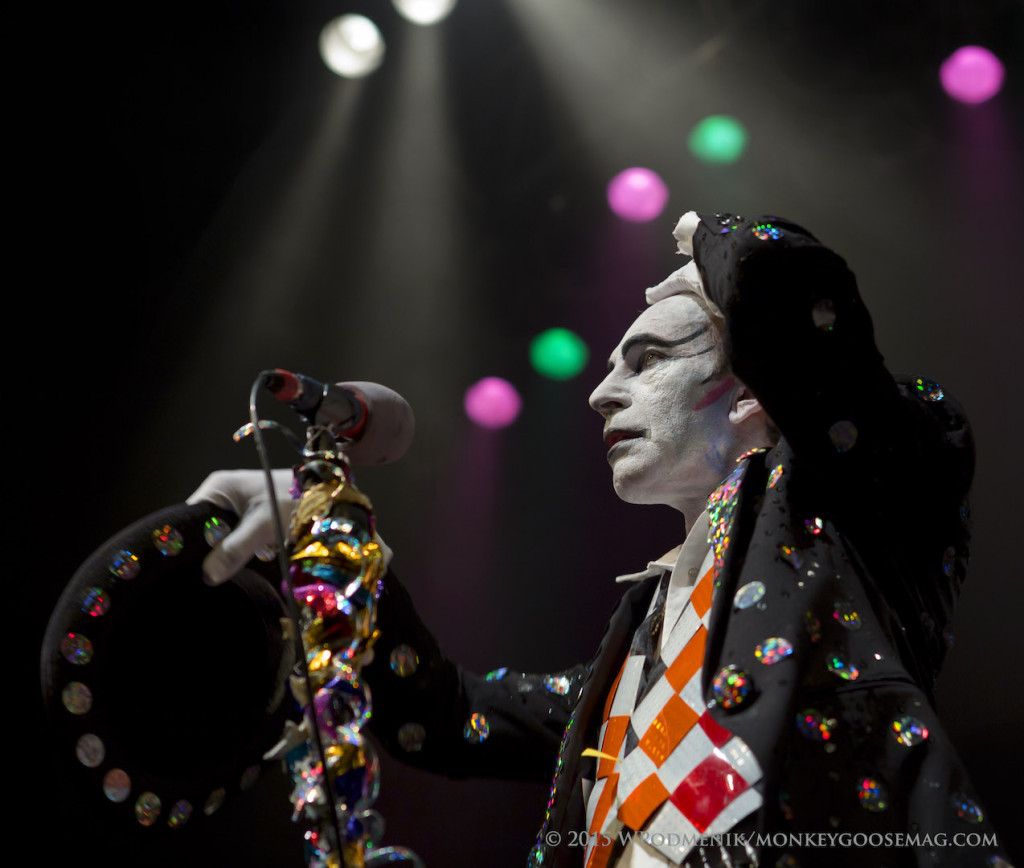 As The Adicts take the stage for the final act, the crowd has thinned a bit but those who are left are obviously the most energetic of the entire show. Most are fully aware of the theatrics about to unfold, much of it based upon the “Droog” image from the movie, Clockwork Orange. The visual style of the movie became an influence for the band and inspired their distinctive look. They consider themselves to be a punk band that doesn’t conform to the look or style of typical punk bands. Their message is to “have fun”, and the band lives life to the fullest, both the good and the bad, in life’s great adventure.

Lead singer and main actor, Keith “Monkey” Warren starts with a bang as he appears as what can only be described as Batman’s Joker wearing the wings of Chitty Chitty Bang Bang with gold plating. The attention for the entire show is on him and the items that he tosses out into the crowd. The giveaways range from small stuffed bears and playing cards to light-up glasses and large, colorful beach balls. There are not one, but two mosh pits at the same time and the NorVa is home to one huge party.

When the show is finally over and the crowds leave to go home, the stage, the floor below, and the light racks above are literally covered with paper streamers, colorful confetti, playing cards, and the remnants of thousands of soapy bubbles.