Nintendo gives fans the ability to create and share their own Mario levels, resulting in a fantastic level editor that champions the Wii U’s unique capabilities and the iconic plumber’s 30 year career.

This September marks the 30th anniversary for what has been, without a doubt, the most popular character in video gaming for the last three decades. Though Minecraft’s “Steve” may be taking the hearts of young gamers around the world, us older enthusiasts know Mario as the face of our childhood and gaming hobby.

With Super Mario Maker, Nintendo has made one of the most accessible game editors ever to grace consoles — expertly guiding players through the fun of creating Mario levels and the joy of experimentation through design. Though the game does cut back on a few iconic features and playsets of the franchise (the omission of 1988’s Super Mario 2 is a sad one), what’s left for players to create and build with will keep fans of Mario entertained for quite a while. 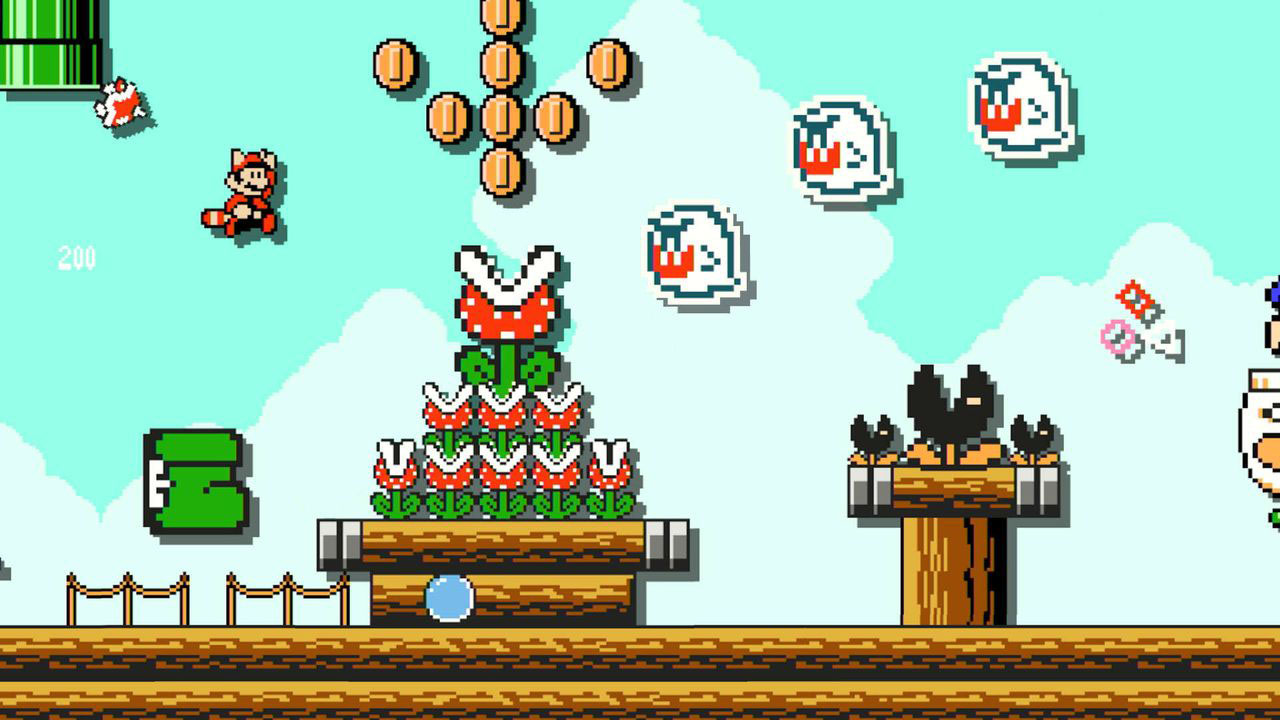 Super Mario Bros 3., with a twist! Actually, quite a few twists!

Level editors, traditionally, are a very intimidating piece of software. Constructing layouts, creating art, building sound effects, and iterating on levels until they are “perfect” is a taxing and all-consuming task that most gamers will find to be too much of a bother. These hurdles were clearly on Nintendo’s mind when they were designing Super Mario Maker, as it’s clear their intention was to make it a “game” first that also happens to be a game editor. Even Super Mario Maker’s title screen has a “play first, create later” mentality, inviting players to enjoy pre-made level layouts that are ripe for improvement. These base levels will usually be barren of enemies or coins, cuing players in that “something is missing here” and inviting them to fill in the blanks with the level editor, guiding players into the joy of creating their own experiences.

BUILD IT, USE IT, BREAK IT, FIX IT, SHARE IT

Experimenting with these templates is only half the fun, as sharing them online is where all your time spent perfecting your level will come to fruition. Nintendo has done a decent job in creating an online hub for this, titled “Course World”, for you to view and share levels with people all over the world. 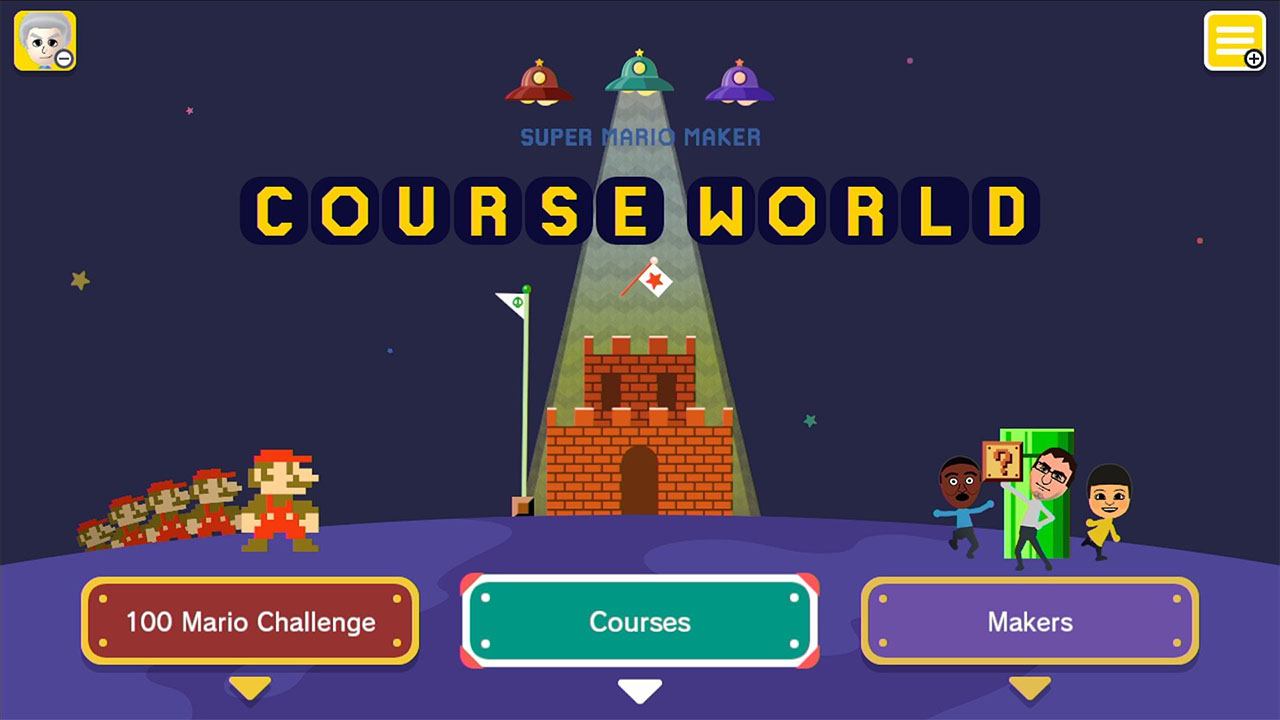 The “Course World” is the hub that will guide you to the best Mario levels around the web.

When creators are awarded “stars” by users who complete their levels, their stages will move up in the polls and gain visibility with other users looking for a new stage to try out. The more stars a level has, the more popular it’ll become. Ideally, the “best” content would float to the top with this approach, as people will reward the best levels with stars and everything will be ranked accordingly. However, there are already some cracks appearing in how this content is curated (the top levels currently are usually Rube Goldberg-like creations at the moment), but hopefully Nintendo will address how this content is presented in the future so great levels can get the exposure they deserve. Likewise, players can share ID codes online and with friends, circumventing Nintendo’s convoluted Friend System and allowing players to share content directly. An easier alternative is to “follow” your favorite creators so you can see the latest content they publish as it becomes available.

Another great feature of the content browser is that you can view, in real-time, who is playing your level, even while you’re in the editor working on your latest creation. These notifications that pop up will tell you when people comment on your stage, give it a star, or when they’re simply playing it to see if they’ll like it. It’s a great feature that lets you know people are seeing the creation you tolled away at for hours.

Shigeru Miyamoto and Takashi Tezuka, two of the creators of Mario, recount how they had to make levels for 1985’s Super Mario Bros.

Overall, this is the best title Nintendo has released in quite a while. It’s innovative online browser has a few kinks in it, but the accessibility of the level editor and its intuitive tutorials are unmatched. This is the first level editor where a developer has made the whole process of level design fun and not intimidating. Everything here is designed to ease you into the experience and will give you a new appreciation of what makes a great Mario level and why even after all these years, the plumber is still such a beloved character in entertainment.

After playing Super Mario Maker over the last week, it’s interesting to think what the fate of the Wii U (Nintendo’s worst selling home console in the history of the company) would have been if Super Mario Maker would have been a launch title for the system back in 2012. It’s the definitive proof-of-concept for the Wii U controller, the clearest and most potent example of why the tablet controller is necessary. Super Mario Maker won’t be the system’s hail mary, as it’s too late for that, but it’ll delight and surprise gamers the world over with its accessibility and user-created content.