You are here
Home > FEATURED > BACK TO THE FUTURE: A 30-year Retrospective

“Great Scott, has it been that long?” To quote one Dr. Emmett Brown is the perfect way to remind us all that it has in fact been thirty years since the first chapter in the much-revered time travel trilogy was first released to the world. In retrospect, it seems highly improbable that a film with so many unusual quirks (themes of incest, 80’s V 50’s culture, Pro-Reaganism jingoism) could become such a big winner with audiences across the world. 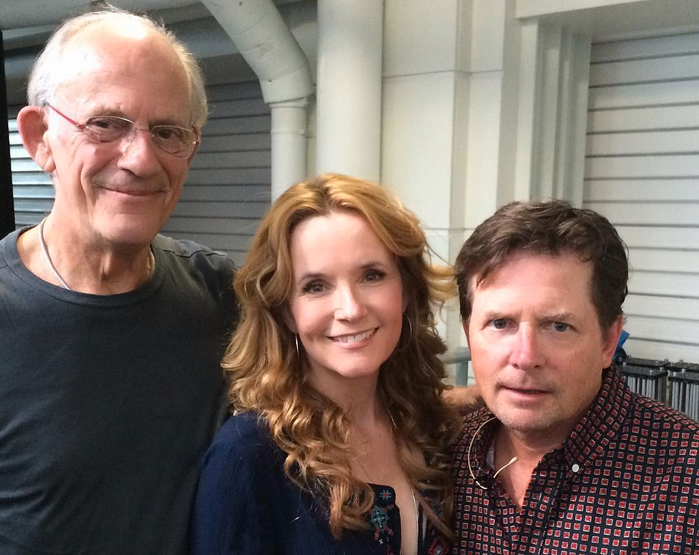 And now the act of fiction and reality blurring together is upon us with the official ‘Back to the Future day’ timed at the exact moment Marty and Doc travel to the future on October 21st, 2015 at 4:31PM. What better time to look back upon this wild and wacky film series that taught the world all they needed to know about plutonium, flux capacitors, and what the hell a giggawatt entailed. 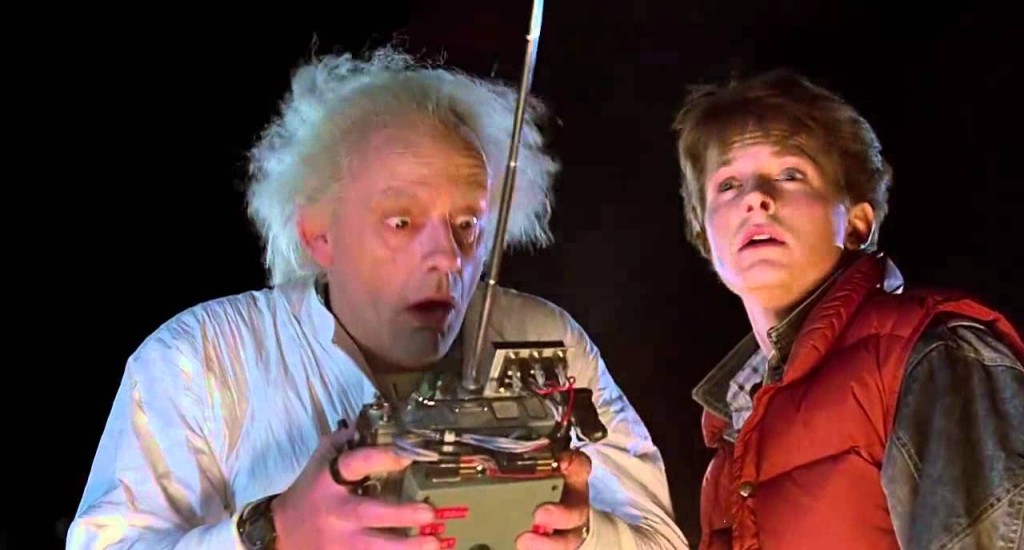 As fans all over the globe celebrate this special day, we can all reflect as to why the series stuck with us in such an imaginative way in the first place. I still wonder at the effortless mix of comedy, romance, sci-fi and action the original film showcased throughout and its attention to not just the spectacular special effects and set pieces, but the character development and growth of the relationship between Marty and Doc, played with such warmth and joy by Michael J. Fox and Christopher Lloyd respectively. No matter how expansive the series became, their bond kept the films grounded and set them apart from other films of the same genre. 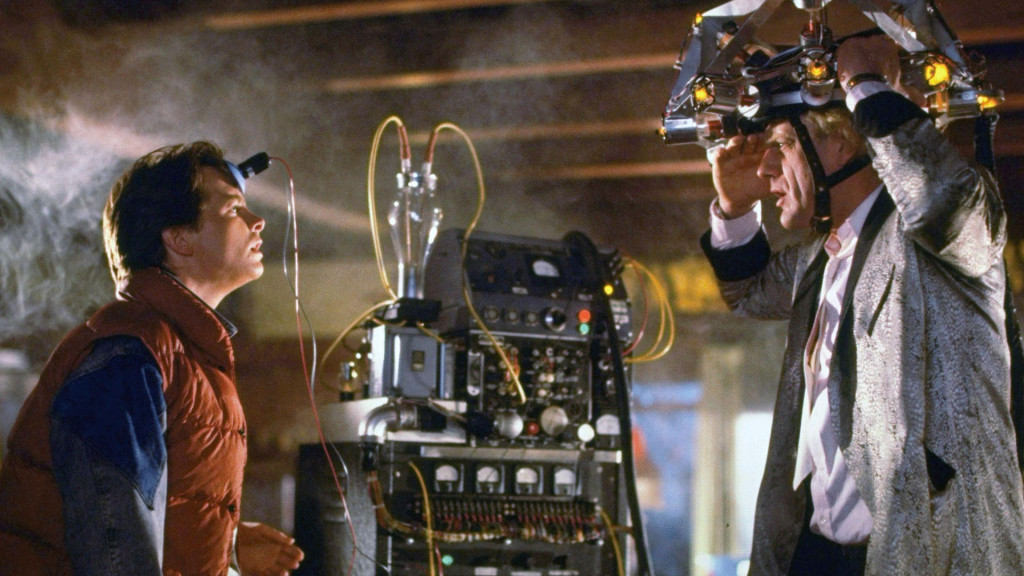 As the focus of the series now comes squarely on Part 2 (with its aforementioned future date of NOW) I can nitpick and admit the sequel just might be an inferior film to the original as I always found it a tad flashy, noisy, and perhaps too clever for its own good with a focus on special effects over its characters (something the original never fell back on). However, the film is redeemed with its effective use of playing with the time line of the original in clever ways and even becoming, in a way, a remake of the original (in today’s endless cycle of reboots this film was ahead of its time in more ways than one). 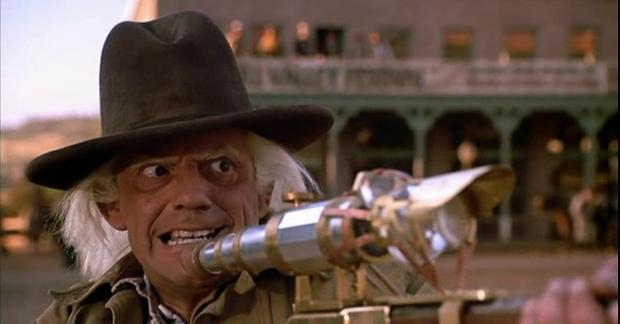 As the film ends on a cliffhanger with Marty having to go back in time once more to rescue a stranded Doc, it was easier to love the third installment, this one containing more of that heart and warmth of the original. In the third installment, Marty and Doc reunite in the old west of the 1800’s and design the most outlandish plot yet to get back to the future via the Delorean and a steam train locomotive. (One of the most exciting set pieces you’ll see in any movie) and even gives Doc a romantic love interest – great Scott!

Overall however, it is best to judge all three films as one complete series. A series that continues to give audiences of all ages the best of 80’s and 50’s nostalgia without seeming to age or detract at all from when they were first released.  Judging from recent overblown blockbusters, it seems very unlikely the original BttF would have ever been green lit in today’s overstuffed comic book CGI market, which makes these films even more of a treasure to enjoy now, and in the years ahead. 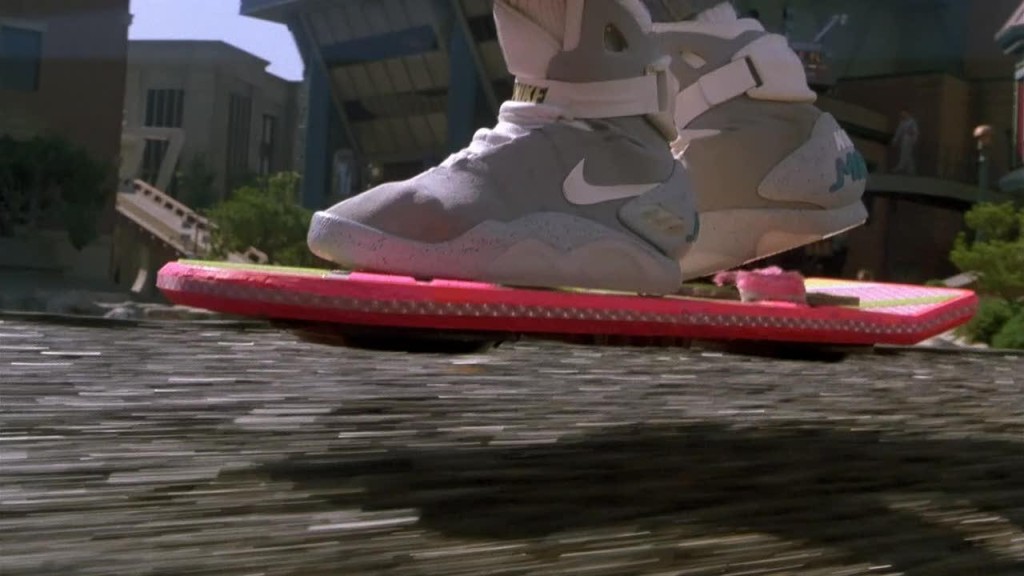 The enduring appeal of the franchise lives on into the future, for the remainder of of 2015, and beyond, as fans will gather on BttF day this week (including this geek) and in the next thirty years where we still pine for the chance to ride a real hover board, zip up our sneakers via electric laces, and yes, pray for yet another endless ‘Jaws’ film in 3-D. 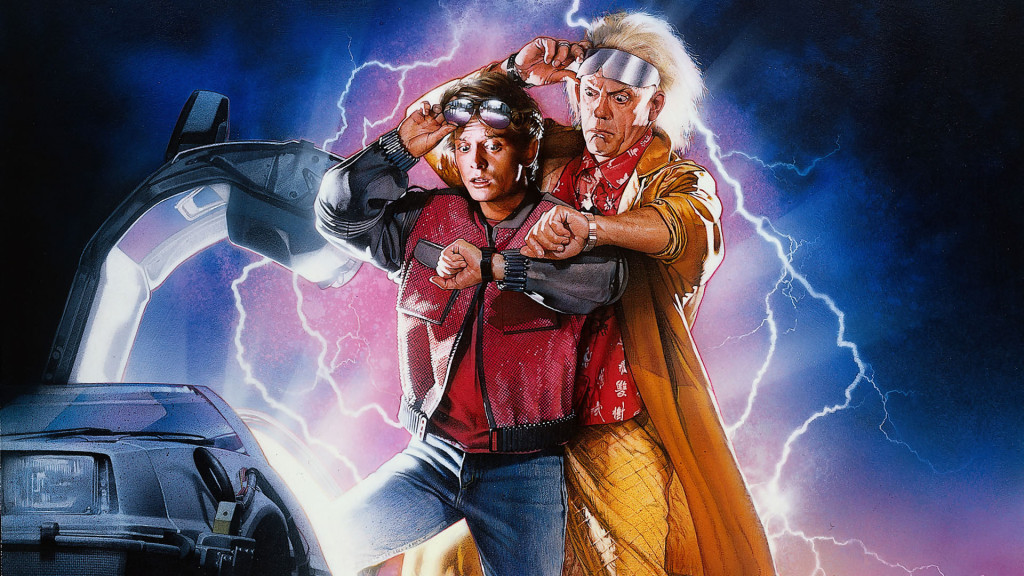 The future of tomorrow is still an open road for us all, but hopefully, one day — like in this cherished series we all love — where we’re going we don’t need roads.

Robert Moore
Robert was born and raised in England for most of his youth but relocated with his family to California where he began his dream of becoming a filmmaker. He soon made his way to New York City where he majored in film production at Brooklyn College and his short films won several awards and travelled to festivals in both New York and LA. He soon made his way back to LA where he worked on several TV and film productions on the major Hollywood studio lots. Robert later transitioned to becoming a writer full time and is currently developing several of his own feature scripts and a documentary. He lives in West Hollywood with his fiancée and puppy.