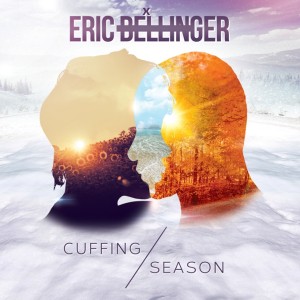 November 11, 2015 -After winning a Grammy, Eric Bellinger has been hard at work writing, recording, and releasing a new album titled Cuffing Season. Bellinger, a seasoned songwriter, has previously written for major artists like Chris Brown, Usher, 2Chainz, Justin Bieber, Selena Gomez, and many others. He was kind enough to make time in his busy schedule for an exclusive interview with Monkeygoose and speak with us about his writing, his passion for music, his current US tour, and all his experiences and future endeavors in the industry.

Q: You’re obviously a very accomplished writer – where did that passion and that love for writing come from?

E.B: I think it actually just came once I started experiencing it… I didn’t initially plan to just be a songwriter. I’ve been doing singing groups and doing different things like that and performing, and touring, and had signed to labels and everything before the writing even started. But it was just another outlet that I was just like: “let me just give that a shot.” And I’ve been pursuing this artistry for like 8 years and I just realized that it was always not the right situation, you know what I mean? But I learned something so it’s kind of like, you know, I wasn’t trippin’ or anything, but it just wasn’t the right path. Once I figured out that there was another option I just kind of dove in and fell in love with it.

Q: You’ve obviously worked with so many great artists that are out there… You’ve written for Justin Bieber, for Chris Brown, and for Usher… Is there any different stylistically or lyrically in the words that you write, in the songs if you’re trying to write from that other artist’s perspective, do you try to write to suit their vibe or does it really just come from you and what you feel?

E.B: Well it’s always about catering to the artist because I think that’s what differentiates a lot of things, because if it’s just a random song that’s a good song, of course a lot of people will go crazy, but when it’s a song that they can actually connect to and they can relate to, I think that’s when it’s like “okay cool, I want to record this, I want to see how I sound singing it” or “Oh man, I relate to this song so much.” So you know, I think I specifically and strategically write a song for Chris Brown, and for Usher. Even for myself, like when I say “These are the songs I want to keep. These are the songs I want my brand to represent and these are the songs that I want to be left behind to my legacy” I think it really matters… subject matter is a strong point when it comes down to working with other artists.

Q: And when working with other artists, is your whole process or approach towards song writing and towards the recording process in general different?

E.B: As far as.. just from myself and from other people? Yeah, well, myself is just… I just go. There’s no rules, I just write what I feel. There’s no politics. It doesn’t matter who did the beat. It doesn’t have to be a famous person that.. You know, I don’t care who did the beat. It could be someone’s cousin’s sister’s auntie did the beat and they’ll say “hey, check this out” and if it’s good – I really don’t worry about politics. I’m just really about the music. For my songs and for everything that I’m talking about… Like my last album was called cuffing season, which is about pretty much cuffing during a time when there’s no season when no one’s going to do that you know, when everyone’s turning up, hitting the club, and just doing their thing. I just think that no one’s making it cool. You know there’s not anyone that’s representing it and being an example that can still turn up and still have fun at the same time. It’s either all the way turnt up or just so corny that no one wants to listen to that kind of music, you know? So I think I found that happy medium: with my music there’s just so many different ways to talk about love or talk about turning up that’s just with your girl. Where as a lot of the other songs out there are about turning up with… your friend’s home-girl. Or something like that, you know what I mean? I’m just trying to make sure that the music that I rock with and that I sing is something that my son could be proud of. 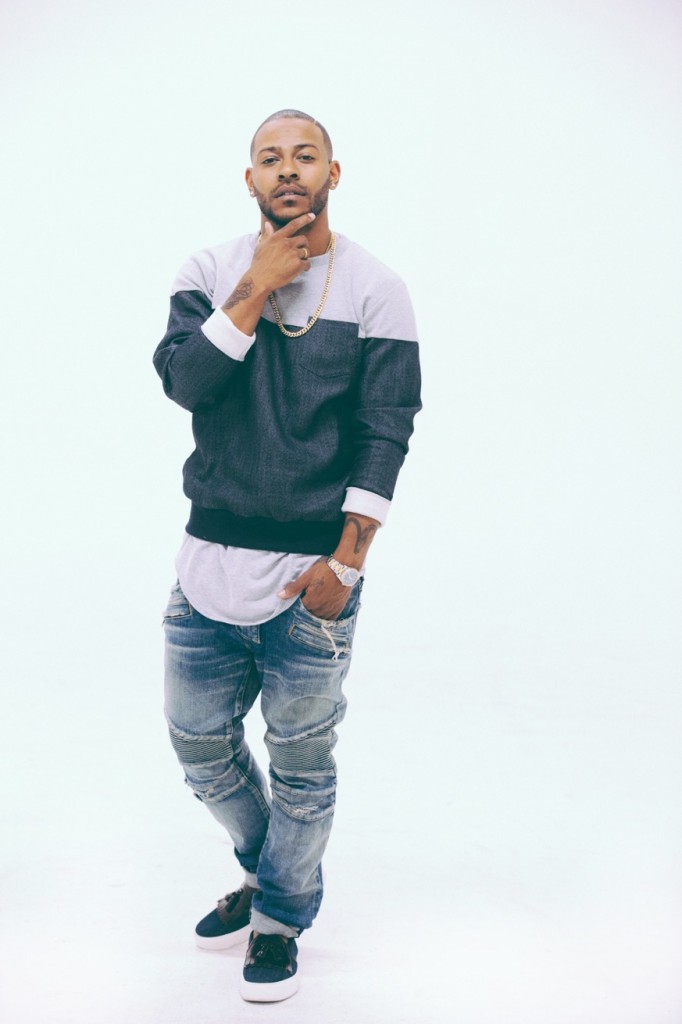 Q: In terms of the future of your career… You’ve won a Grammy – the highest honor in music – When that hit you, when you sat down and just thought “I won a Grammy!” What runs through your mind now in terms of ambition and in terms of future goals?

E.B: Man, to get one for one of my projects… You know, that was dope to be on the F.A.M.E album with Chris Brown and the whole thing, like… R&B album of the year, I was going crazy! I still… I’m excited to even be able to say that in a conversation with you. You know that’s a huge thing… but to get one as an artist would be another huge thing. I got one as a writer on this project, and now I want to get another one for my project as an artist and really show people that, you know, I’m doing these things on the same scale… You know, the artistry, the writing. We’re working really hard on both and I’m getting it done, you know, with time management and just making sure that I continue to sharpen both crafts.

Q: So, you’re starting a tour… tomorrow actually. (November 12th) I noticed looking at all the dates that they’re most played on the west coast and I was just wondering if there’s any kind of significance in that you know, via the bigger fan base or if there’s just a bigger calling for your music out there?

E.B: Yeah, that’s just where the fans are. Of course, I’m from here so, you know, I got the most fans across, like, Seattle or in San Diego or in L.A, Santa Ana, and, you know, all these different cities – they just go hard with the support. As far as the east coast… we get a lot of love in New York, we get a lot of love in Michigan, Cleveland, Atlanta and Missouri, so it’s like, we’re making sure that we highlight those cities as well and I know a lot of people are like, “You should come here. You should come here.” But it’s a combination. We have to make sure that we’re not going out there and like.. 30 people show up. We have to make sure that it’s beneficial to both parties. But I’m ready to go everywhere as soon as that city and the promoters are ready to show, but I’m not discriminating on any territories or anything. I just know that the west coast is supporting me so much and the fans over here, and that we’re able to spread out a little bit more than the east coast. But you know, we’re getting there… The shows over there are already sold out.

Q: Can you tell us one of the most interesting things that have ever happened to you, whether it be on tour or recording or working with someone?

E.B: Shit that’s kind of big… But one of the things that I remember doing is working with Beyoncé in the studio. It was just such an amazing thing; within a matter of a day we wrote on a song, we ate dinner, we went down stairs to the bowling alley at the house, and then at night she had a show in New York and then we went back to the house and it was just like, this experience of, you know? “A Day In The Life Of Beyoncé.” Being able to be right there with her, working with her, and actually seeing that, you know, that this is what I want to do. You know, this confirms it and that I’m actually seeing it first hand… It’s just priceless. Yeah, priceless.

Q: Any plans beyond this tour? Another album or another tour beyond this?

E.B: Yeah, I mean, right now we’re definitly pushing my single “Valet,”… the tour starts tomorrow, the album, the EP comes out next Friday, making sure to stay in people’s face, making sure we’re letting people know that we’re out here working and grinding, and coming to peoples cities and really putting in the time. And I think next year’s going to be really big. With a debut album out I’ll probably focus more on signing artists, you know I really want to develop other artists as well because I know how hard it was for me to break the barrier and that can be really hard to break through because now-a-days things can be so much harder to break through. I figure we’re having some success, so if I can do something to help other artists, I want to do the same thing because I know that the passion it’s tough when it’s just cramming your brain and you just have to get it out there. Try and spread it to the world and make the world a better place.

Eric’s Tour started on November 12th at The Crocodile in Seattle Washington and will continue down the west coast until December 5th, where he’ll start making his way east, only to wrap up the entire tour on December 17th back in his hometown of Los Angeles. His new album Cuffing Season is available on iTunes and a full, rather impressive list of his discography can be found on his website.

Jessica Gorrell
An obsession with all things related to music lead Jessica to study professional writing at the University of Massachusetts in Boston in order to pursue her dream of becoming a leading journalist on the music scene. When she's not busy writing prose or scouring the city for new acts, she likes to relax and play her guitar or shamelessly binge watch a TV show she's discovered.