You are here
Home > MOVIES/TV > ON TV: Master Of None – Review 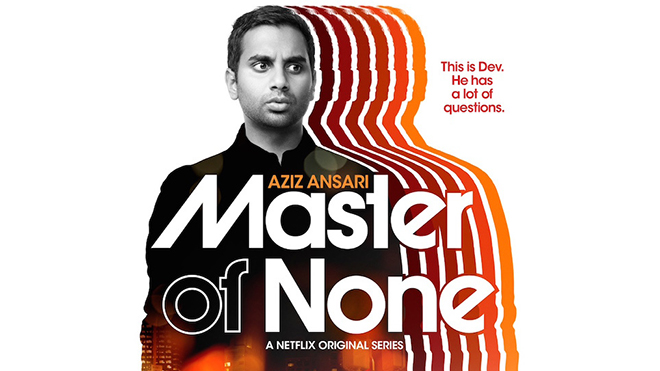 Immediately after watching both the trailer and premiere episode of “Master of None,” the latest original series to come from Netflix, my reaction to it was much like any other critic: “Oh, so this is just Aziz Ansari’s version of “Louie.” — not such a terrible comparison, but I couldn’t help but be a tad disappointed because, as Aziz has shown previously from his stand up performances and his role on “Parks and Recreation,” he’s actually a brilliant comedian.

Nothing could have prepared me for what I discovered in the second episode of the series, as well as each one after. Not only did “Master of None” manage to burst free of the “Louie” comparisons, it immediately became the most personal and self-assured series out there today, easily taking the title as the best series of the year for me. 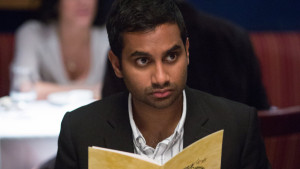 Jumping into the blossoming genre of indie television shows, “Master of None” follows Aziz Ansari’s character Dev, who essentially functions as a much more grounded version of his Tom Haverford persona (metrosexual, social media obsessed millennial looking for love), as he ventures around New York City dealing with issues that every twenty-something person would sympathize with, from romantic relationships to annoying parents. While this might seem like something that might be grating to a few people, I really liked whenever the show threw Dev far out of his comfort zone, whether it be taking a date on a trip to Tennessee or coming up with a way to sleep with a married woman guilt free.

Despite taking cues from other shows, like the very underrated “You’re the Worst,” and the style from a seventies Woody Allen movie, “Master of None” gushes with Aziz’s unique personality and views on life. Thanks to him both directing and writing most of the episodes, you can practically feel Aziz’s passion radiating from your television screen as he gives it his all throughout the ten episode season. 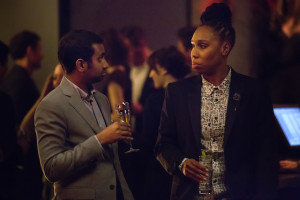 The one major thing that separates “Master” from most other shows for me would be its tackling of race in America today. The episode, “Parents,” does a fantastic job with this, with Dev and his Taiwanese friend blowing off their father’s (Dev’s actually being Aziz’s real life father) wishes to connect with their sons to instead watch the latest X-Men movie. What follows after is a brief flashback for each dad, detailing the conditions that led to them immigrating, as well as the various accounts of racism and economic hardships they had to face being foreigners in America, only to be pushed off by their sons who are now living much better than their fathers. Another episode, “Indians on TV,” focuses on the fact that while having multiple white actors is fine, but adding any more than one African American, Indian, or gay actor/actress makes it only a show for blacks, gays, etc. While other shows have certainly dealt with race before “Master of None,” the way that Ansari handles it here makes it seem so genuine, without being awkward and in your face about it. It’s not even the main focus of the show, let alone more than those two episodes, but instead just a part of Dev’s everyday life that he has to deal with.

Also, did I mention that this show was funny? Because it definitely is. Ansari’s comedic brilliance immediately shines through from the very beginning, as well as the rest of the cast, especially in regards to Eric Wareheim and Noël Wells, who play Dev’s best friend and his girlfriend, respectively. Even Ansari’s father, who is totally new to acting, did fairly well and made me burst out laughing whenever he showed up. Props should certainly be given to the writing ability of both Aziz and his longtime partner, Alan Yang, as average day to day scenarios are given new life through their comedic lenses as well. The dialogue itself doesn’t really contain a whole lot of jokes or witty one liners either, instead focusing on the goofy things that pour out of the mouths of Ansari and the rest of the cast. 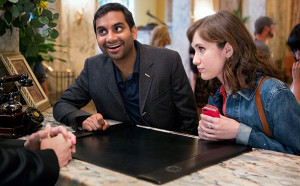 While I always expected “Master of None” to be an amusing break between the wait for more “Daredevil” and “BoJack Horseman,” I never could have predicted that it would turn out as well as it did. Not only is it hilarious, it is genuinely heartwarming, as well as having some important things to say about love, family, race, and much more. Netflix has yet another hit on it’s hands with “Master of None,” and despite the title, it’s easily the best show the service has put out yet.