Article and Photos by: Jessica Gorrell

BOSTON — The House of Blues’ Foundation Room in Boston is seemingly the perfect place for a calm night out. Decorated with rich Persian carpets, stone murals of the Buddha and Ganesha, and the feint scent of incense wafting around gave away the warm and incredibly intimate atmosphere of the club, and what looked to be the rest of the night’s events as well. Despite the mellow atmosphere, professional live-looper Cal Kehoe came prepared to rock.

Kehoe whipped out colorful covers of both modern hits still on the top 40, and those classic “oldies-but-goldies.” His tracks ranged from a fun cover of the Jackson 5’s “I Want You Back,” which got everyone singing and grooving, to TLC’s “Waterfalls.” He even gave Daft Punk’s “Get Lucky” a surprising twist by mixing in a fantastic rendition of Santana’s “Oye Como Va.” 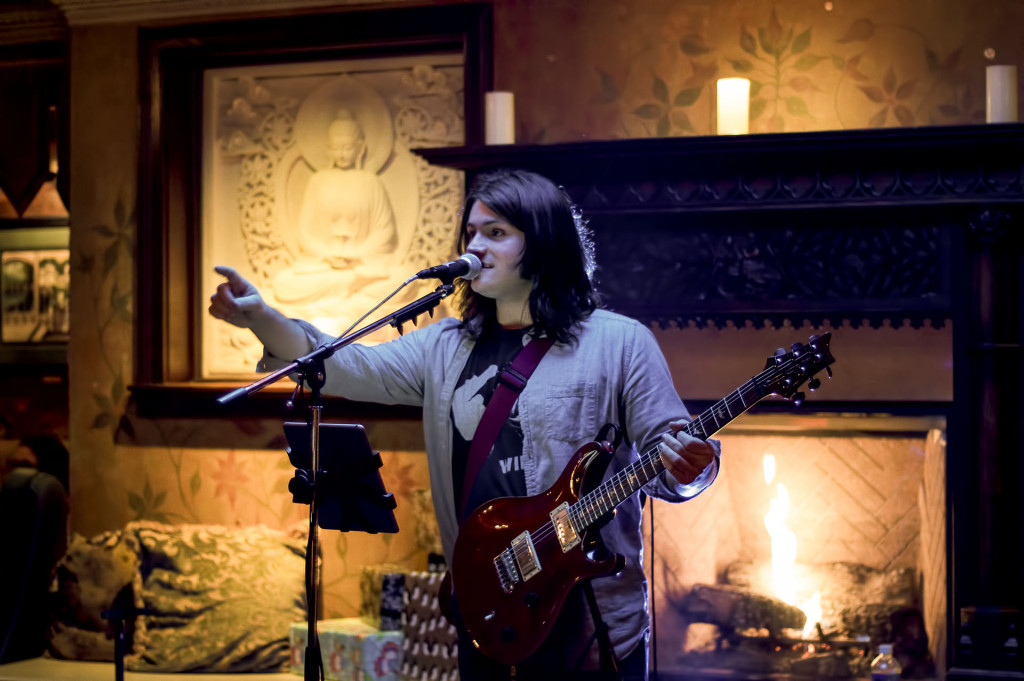 Live looping, for those who don’t know, is when a single musician can pretty much play an entire song with multiple over-dubs on a single track… live. By stepping on a couple peddles, playing a few bars of rhythm and bass, and then playing over the track that was recorded in that moment, a whole song can be created and played live. But, of course that could mean that a show is never truly planned out.

Kehoe made it a point to let the audience know that everything he did in front of the audience was absolutely live. “None of this is pre-recorded, so anything could happen!” He said, laughing as he tuned up for his next number. When I got a chance to speak with him after his set, he elaborated on the process of looping: “You could accidentally record… You know, if you hit the guitar, hit all the strings. Now that’s recorded on the loop.” He stated “If you make a mistake, you may not be able to undo it.” Which makes the entire idea of playing live seem pretty loaded. But even though the pressure was on, Kehoe still managed to play his best with a smile on his face.

As the night progressed and the drinks continued to flow, the friendly audience became a little more comfortable with one another and got up to dance. After a request to play The Weekend, Kehoe surged into a cool mix of “Can’t Feel My Face,” and “Hotline Bling.” This got the crowd moving and, finally, Cal got the participation he’d been looking for.

A long time friend Dave, just Dave, joined him for a single song as they executed John Mayer’s “Waiting On the World to Change.” Cal and Dave have been playing together for a little while and, as Cal explained, Dave is from Boston so it only seemed right for them to play together that night. 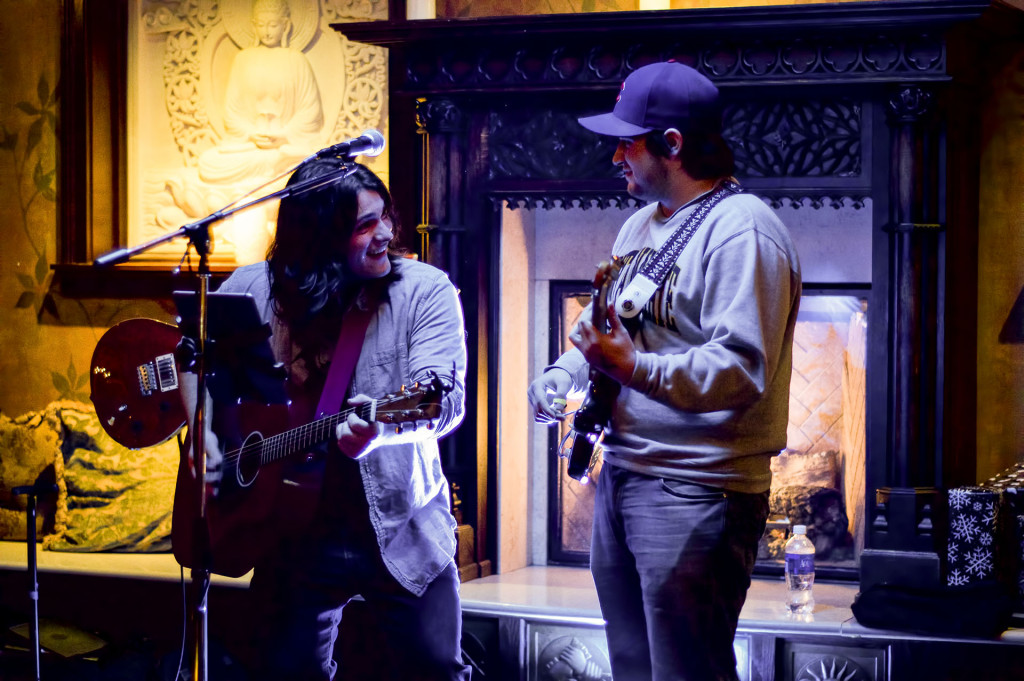 As the night dwindled down and the set was coming to a close, there was a wonderful cheer for “one more song!” to which Cal happily obliged. Some suggestions were flying around, one particular request for Neil Young caused a bit of hilarity, but Kehoe eventually made up his mind. “How bout I play a little Bob Dylan?” A few whoops and hollers. “Something that was performed by Jimi Hendrix.” This, embarrassingly enough, made me so happy I screamed. After a few astonishingly impressive solos and what was quite possibly the best cover of “All Along the Watchtower” I’ve ever heard by an artist performing solo, the set had come to a close.

When I had first seen Cal Kehoe perform live, it was just a few songs at a campus activities conference in Connecticut back in November. What I realized, seeing him perform live a second time in a completely different setting, is that he has this incredible ability to turn every performance into something so personal – whether he’s performing in front of a crowd of 300+ college students, or 30+ adults at a club, he makes his set and his interaction with the crowd so intimate and down to earth.

Cal Kehoe will be back at the House of Blues’s Foundation Room in Boston on December 13th, and a full list of all the shows he will be playing through the rest of December can be found on his website. He will also be hitting the studio around the beginning of next year to record a new album, so be sure to keep an ear out. 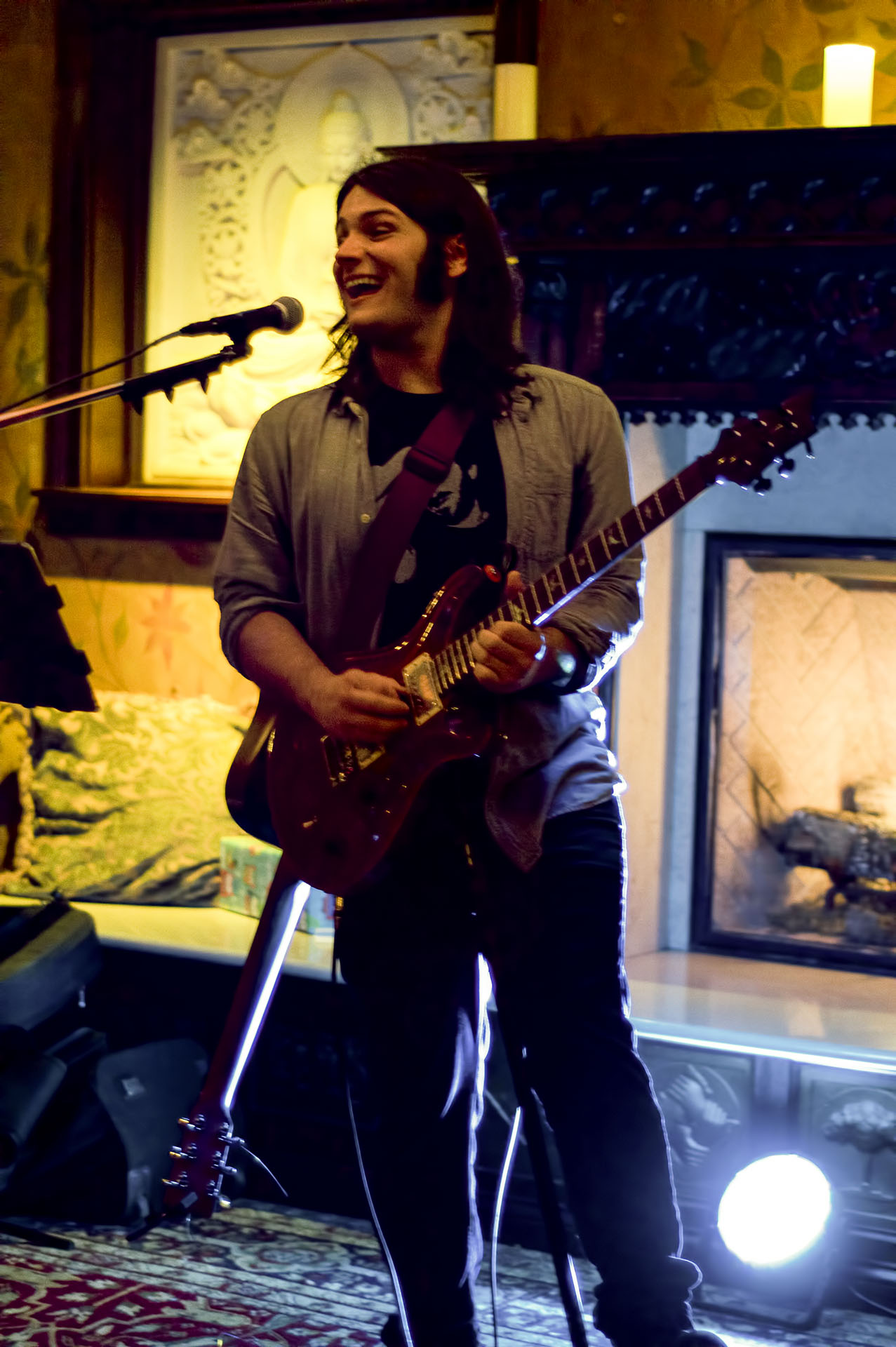 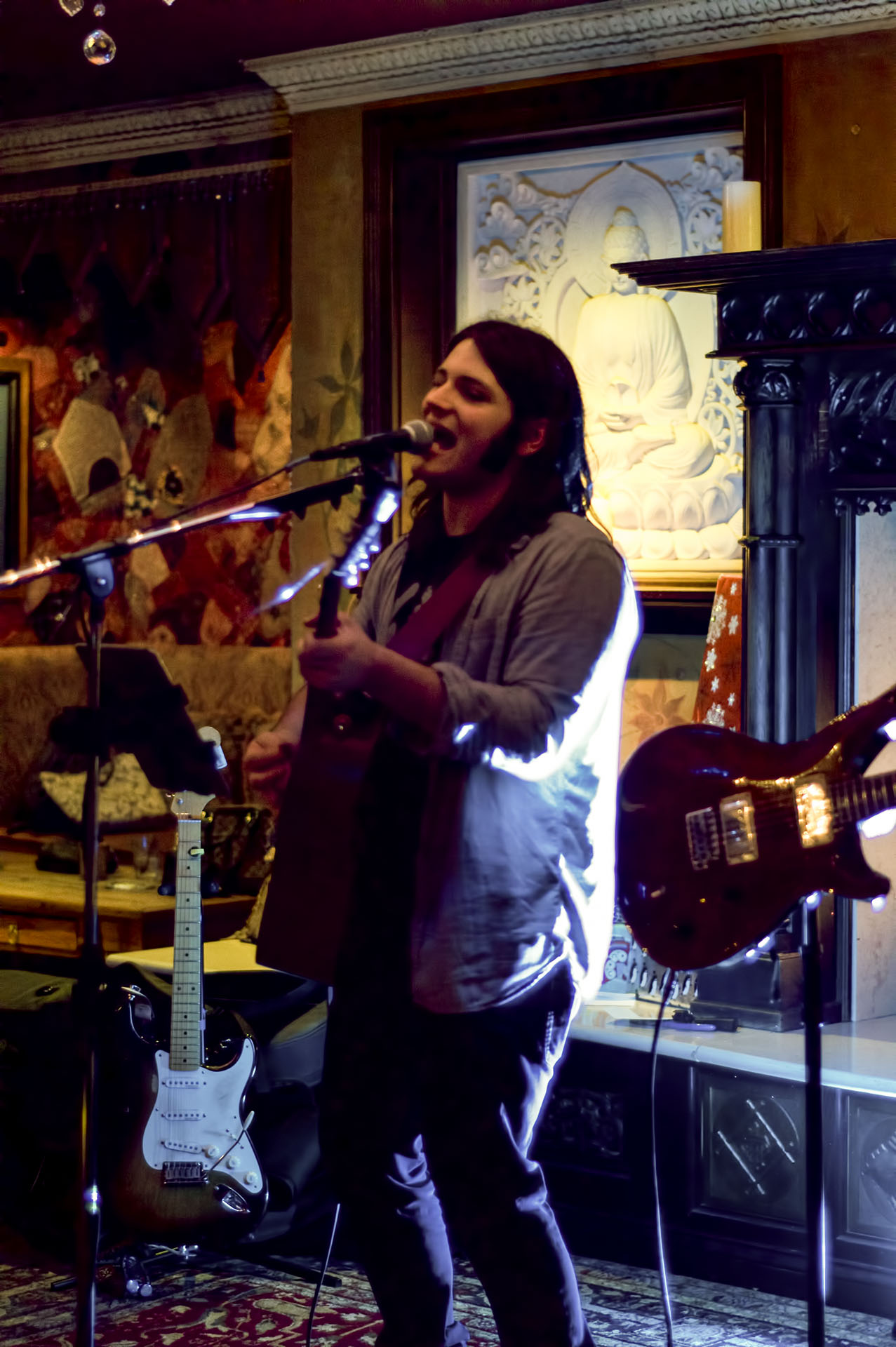 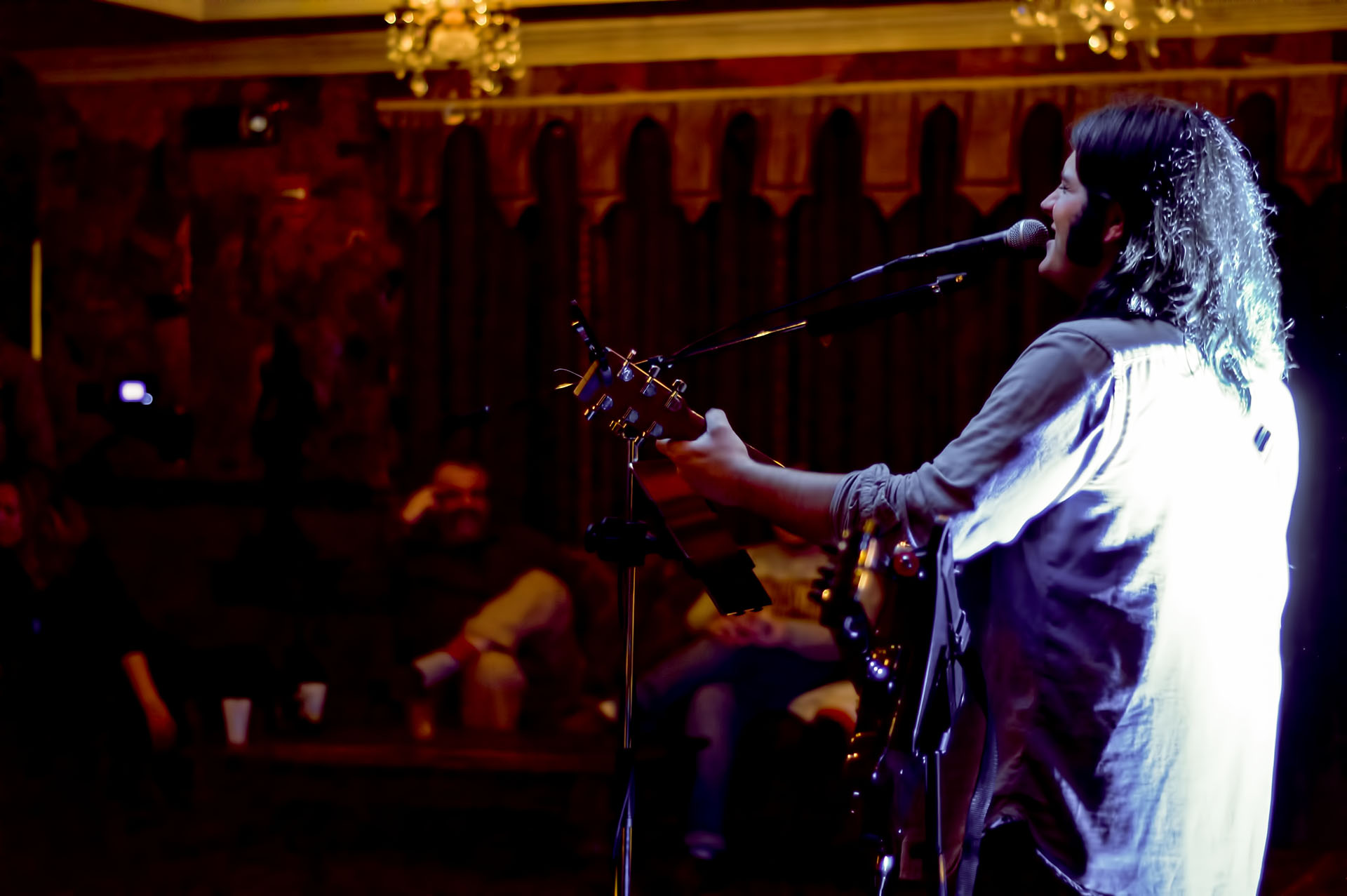 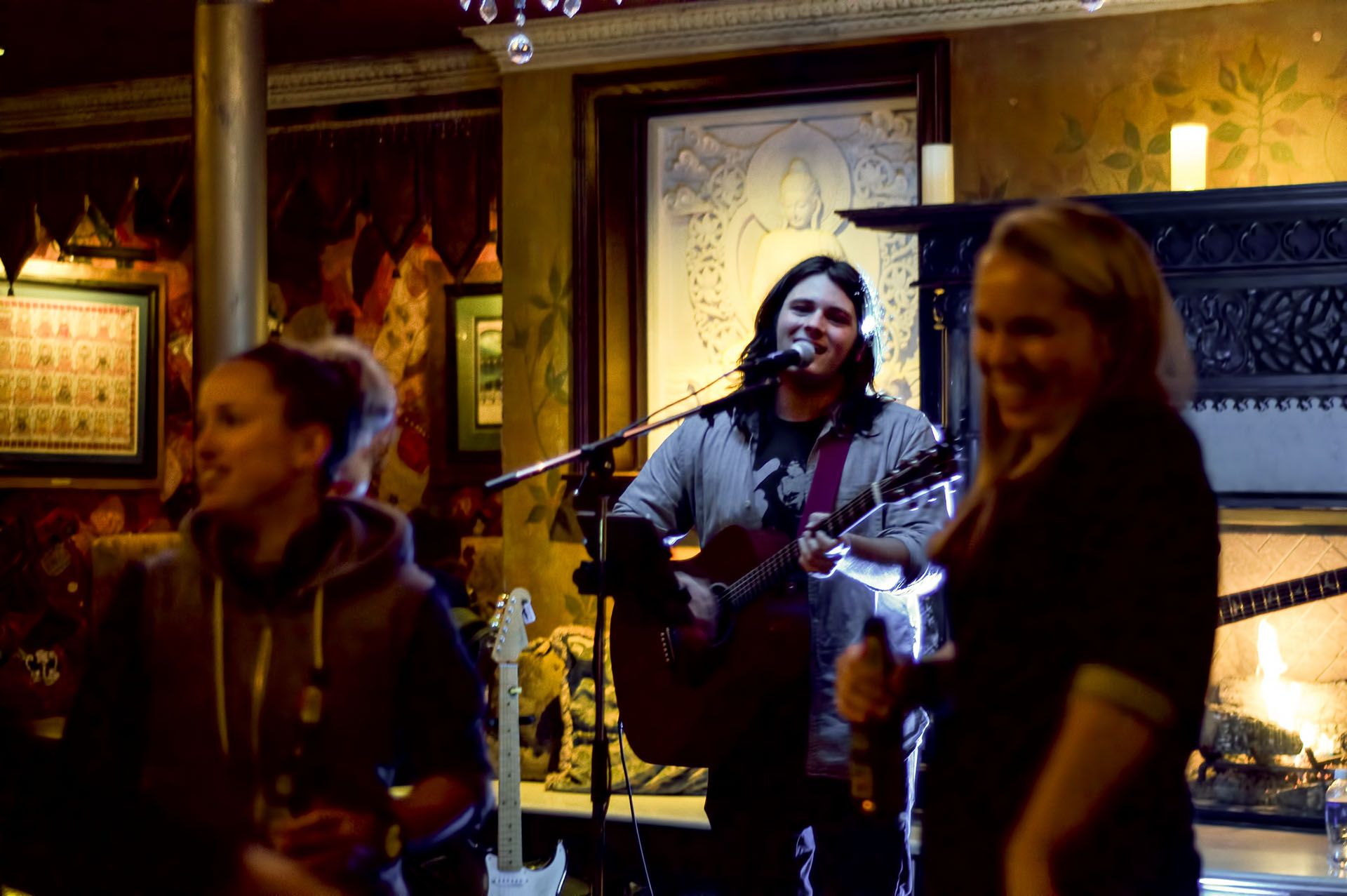 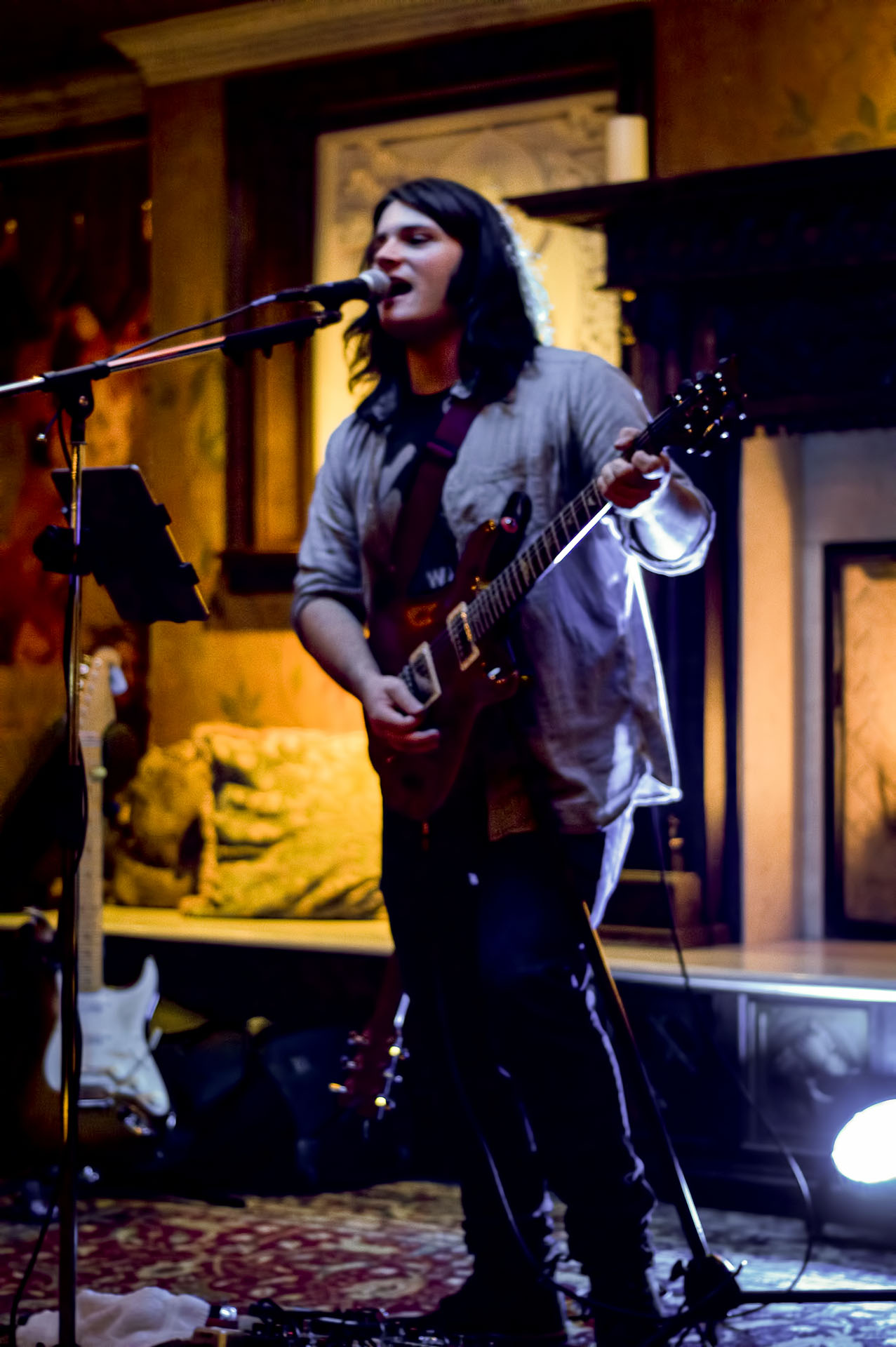 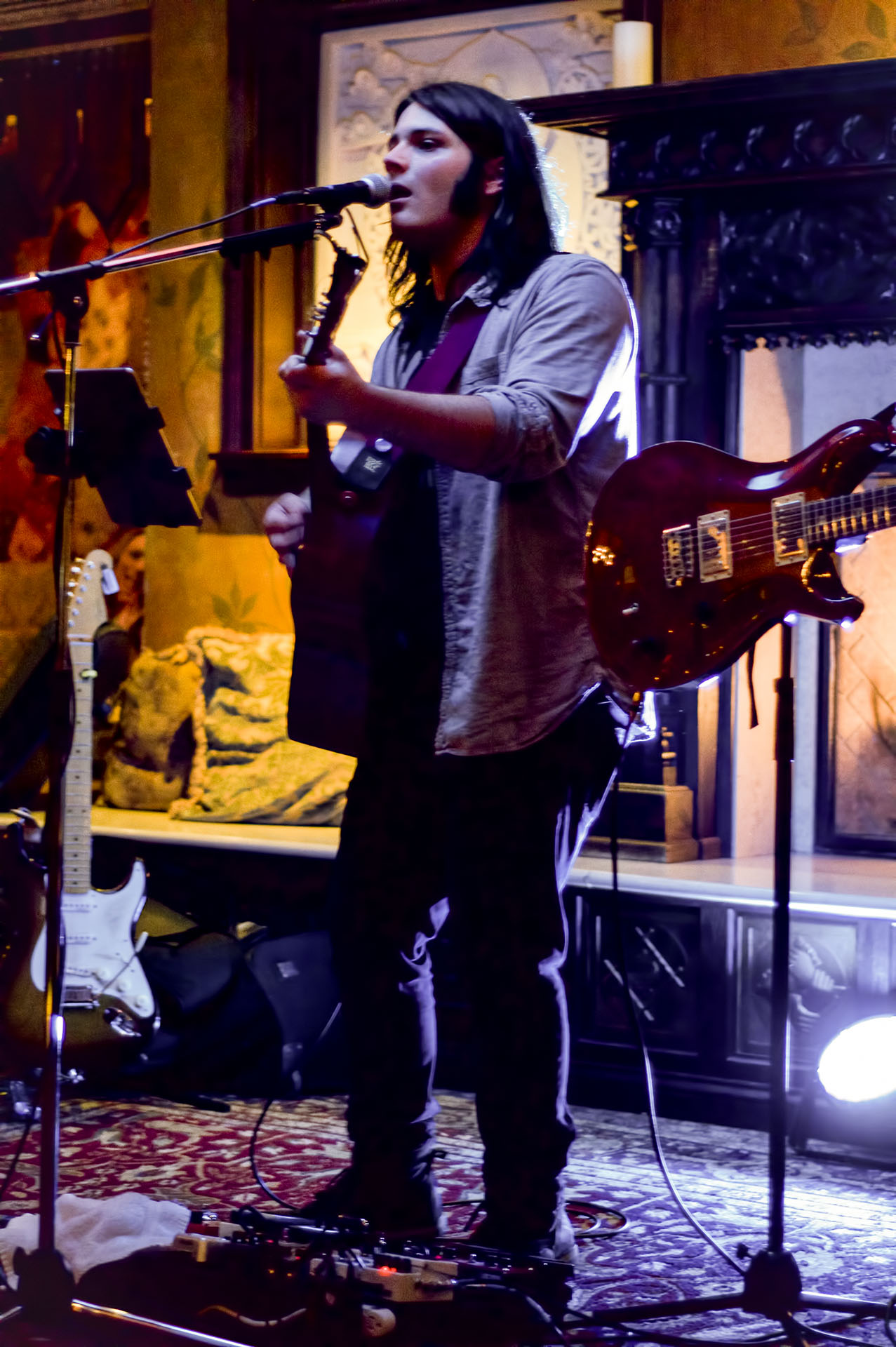 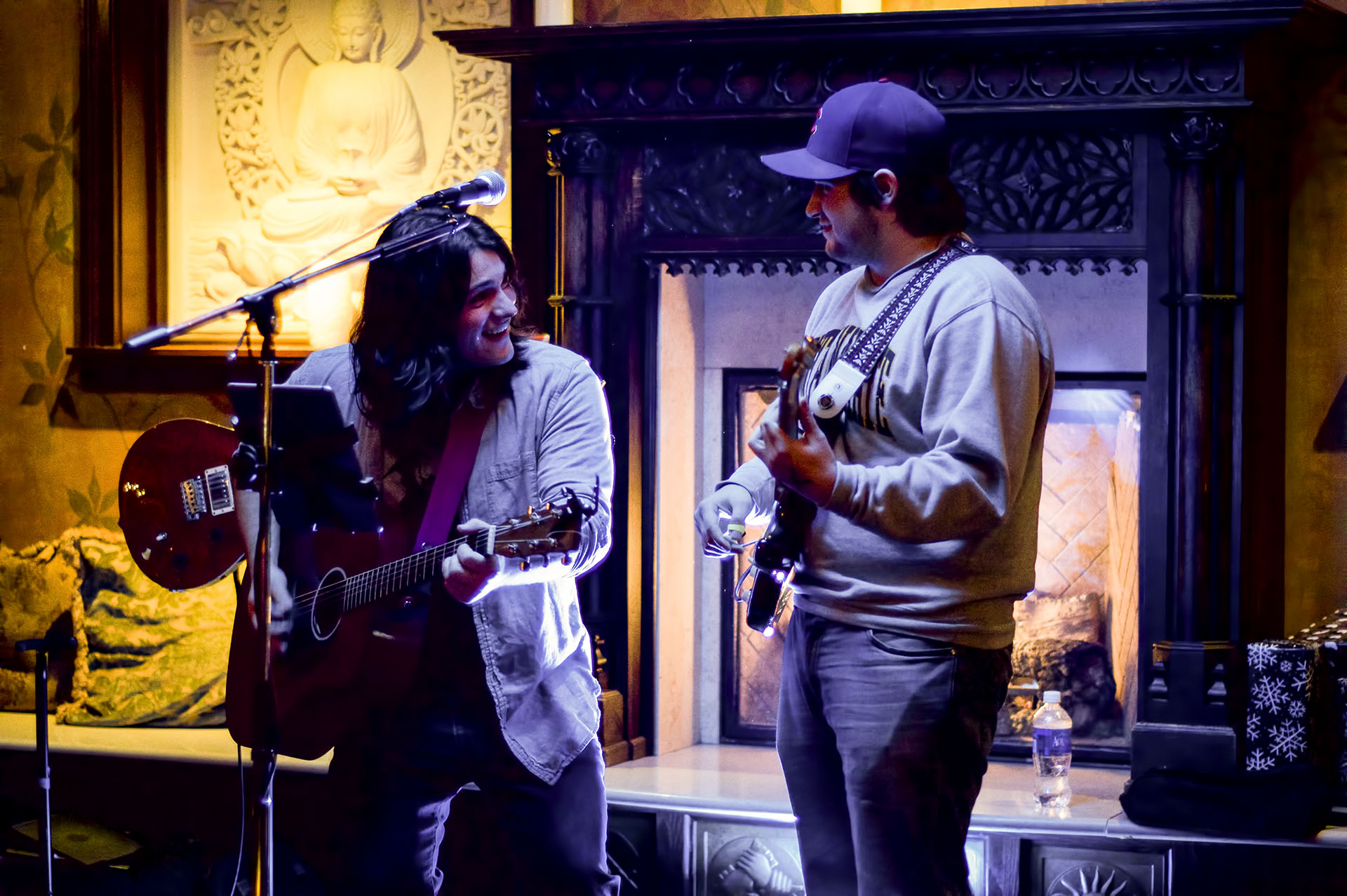 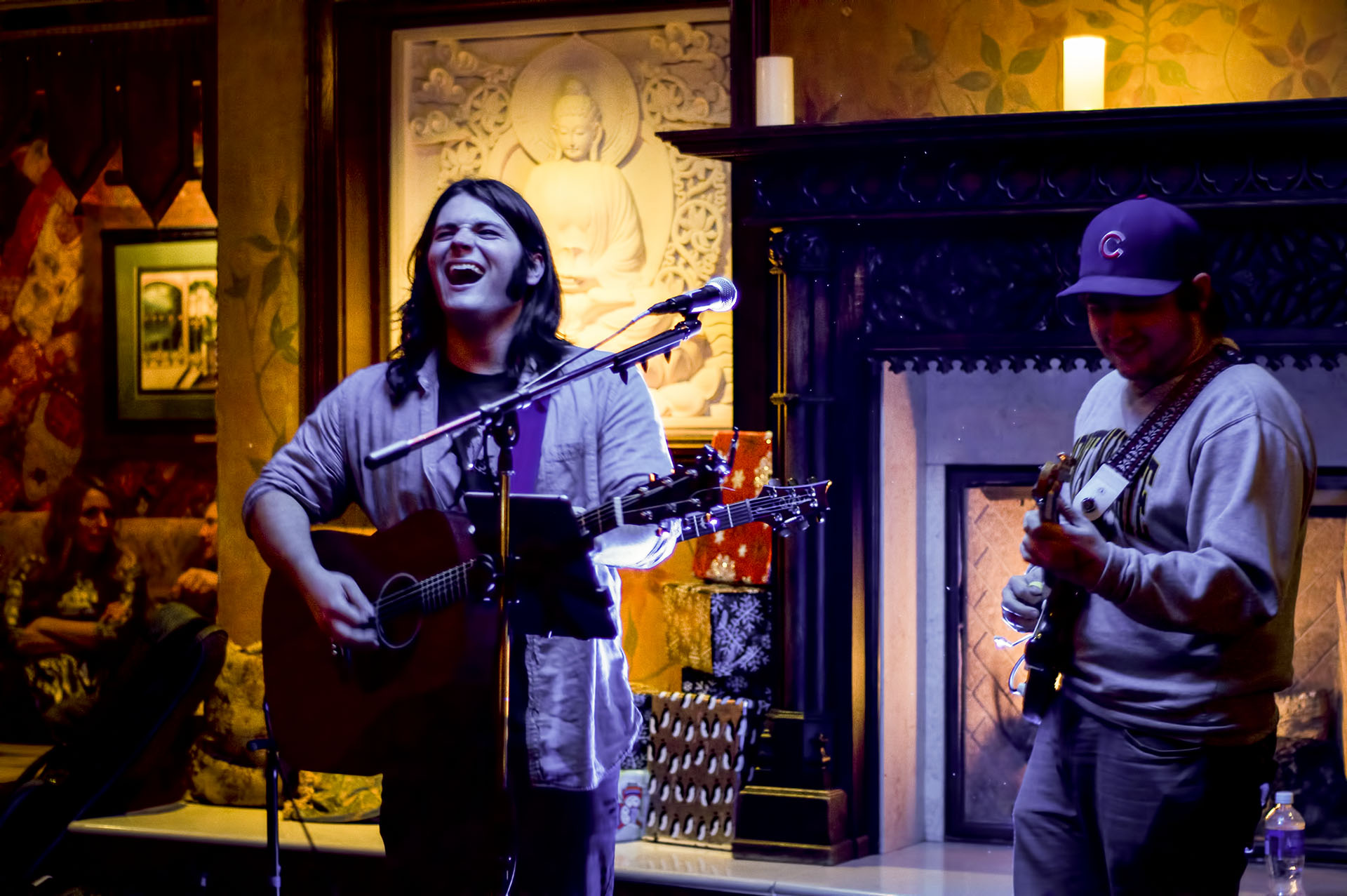 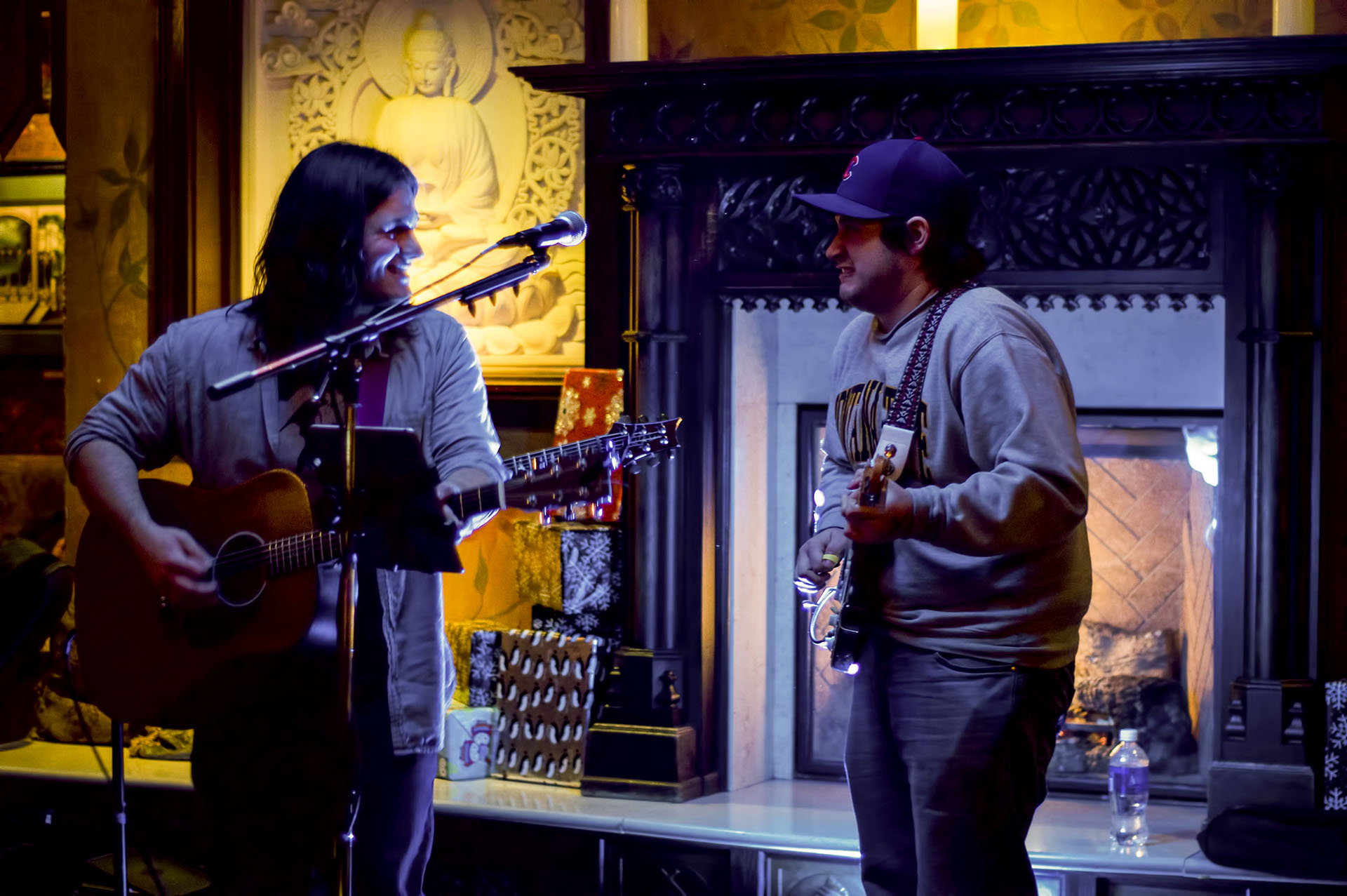 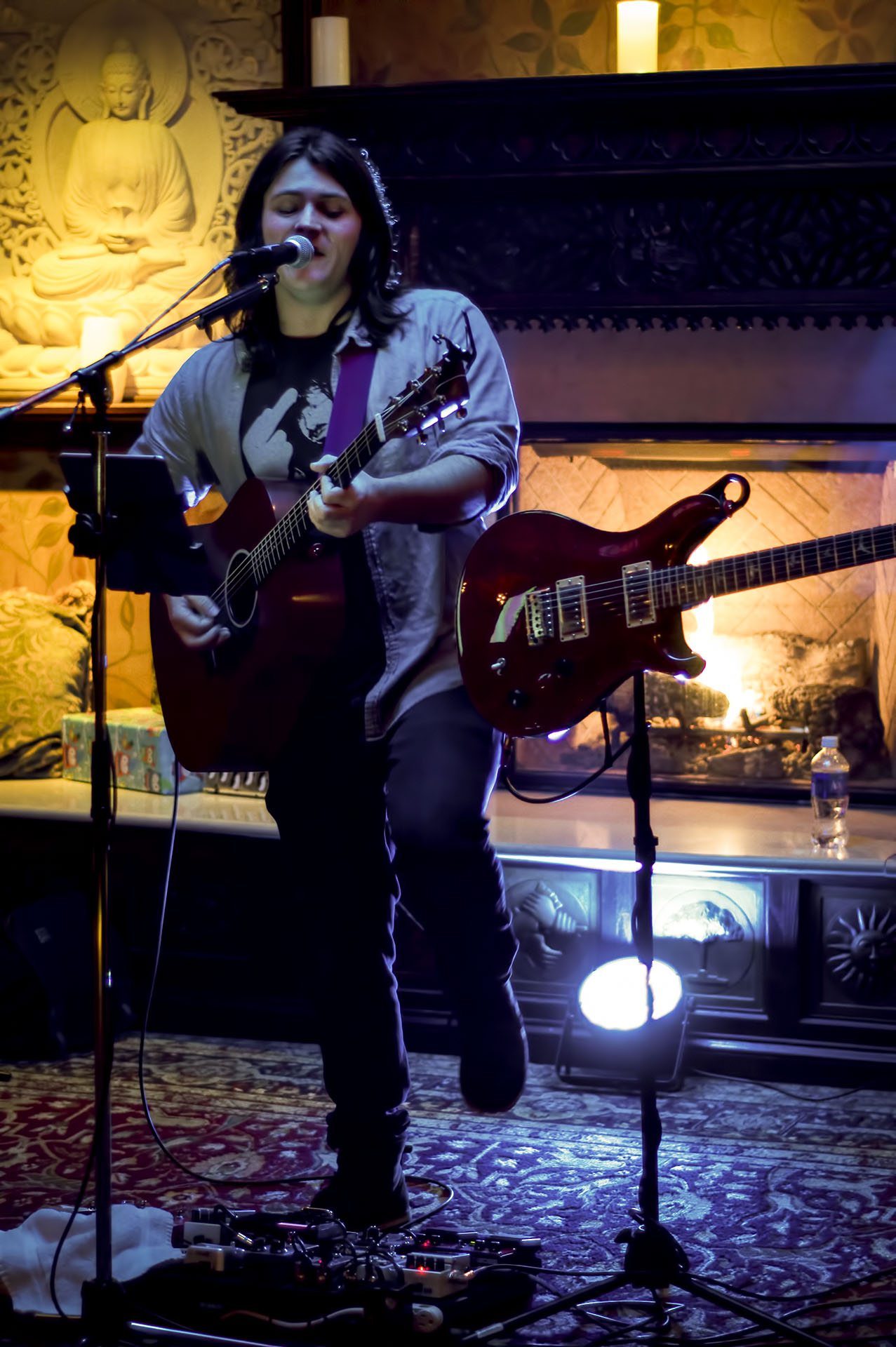 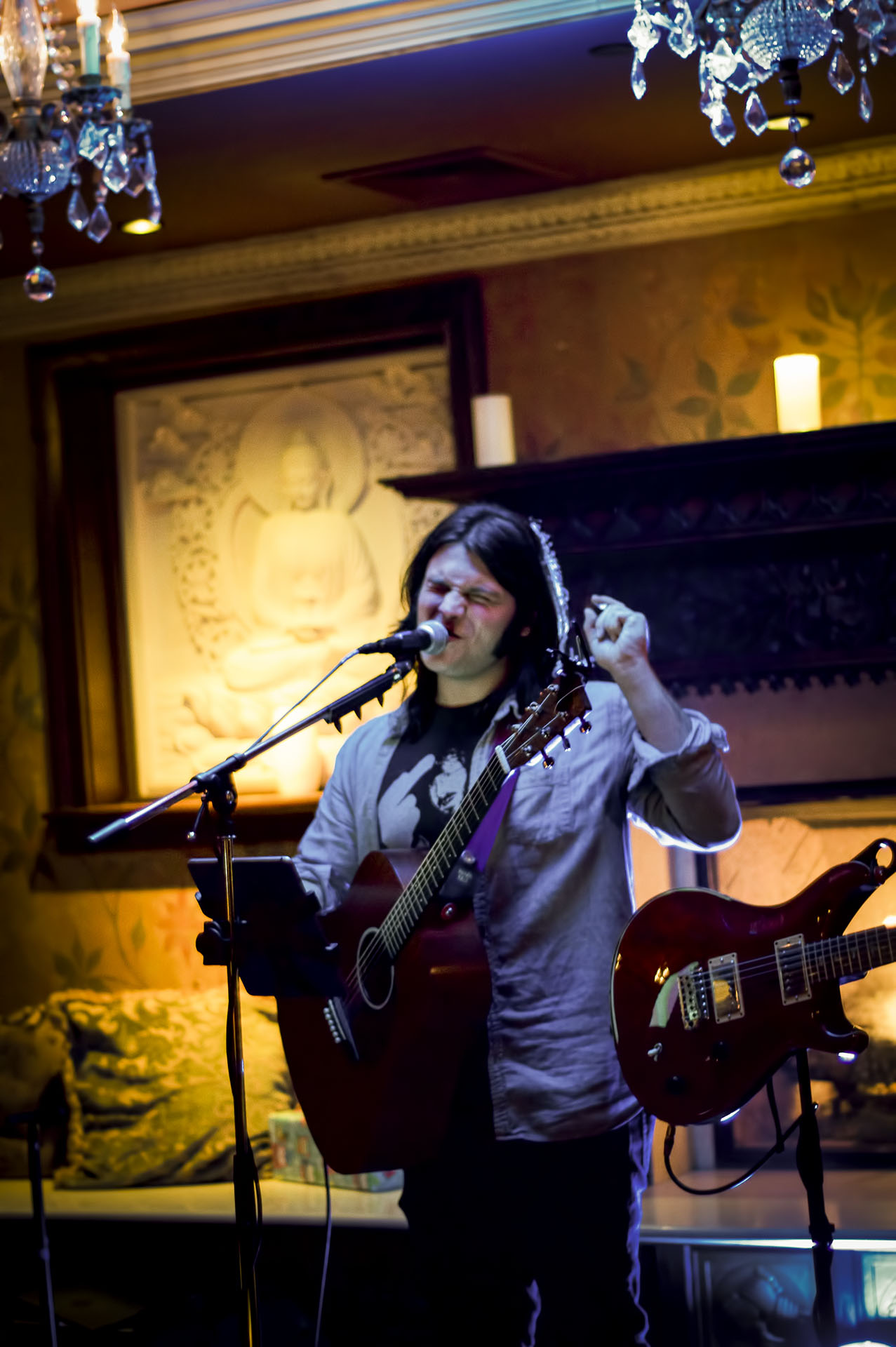 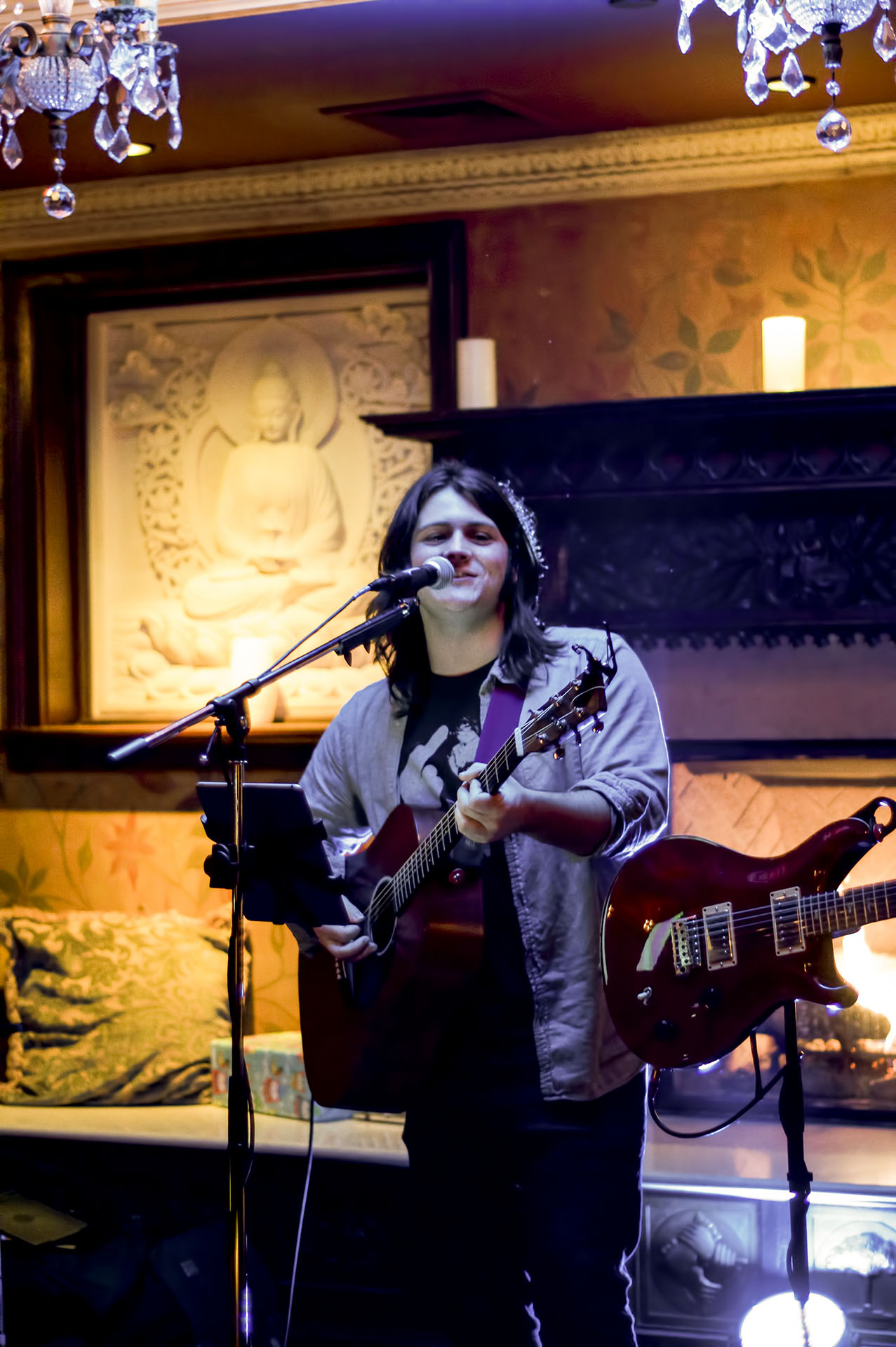 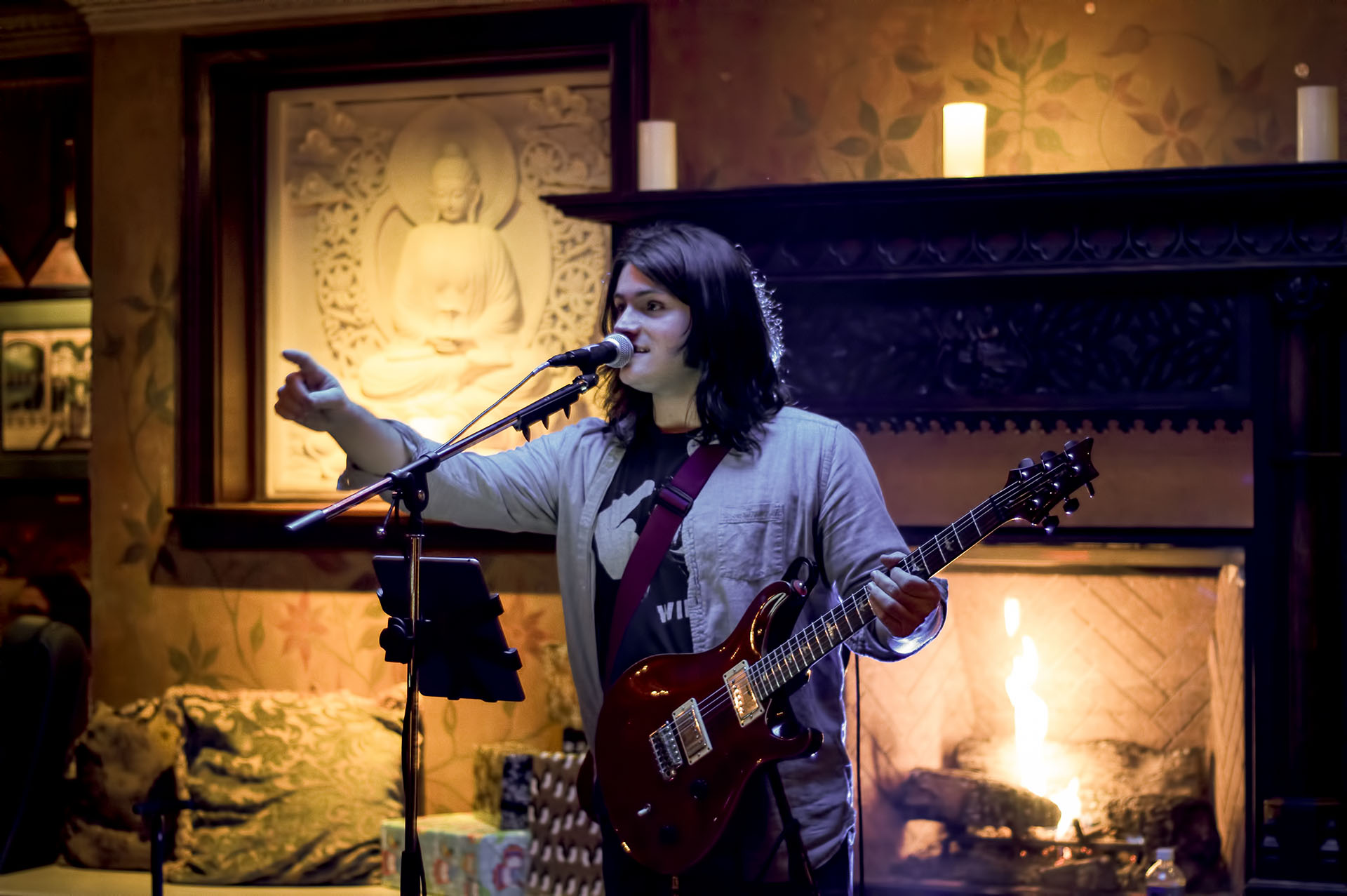 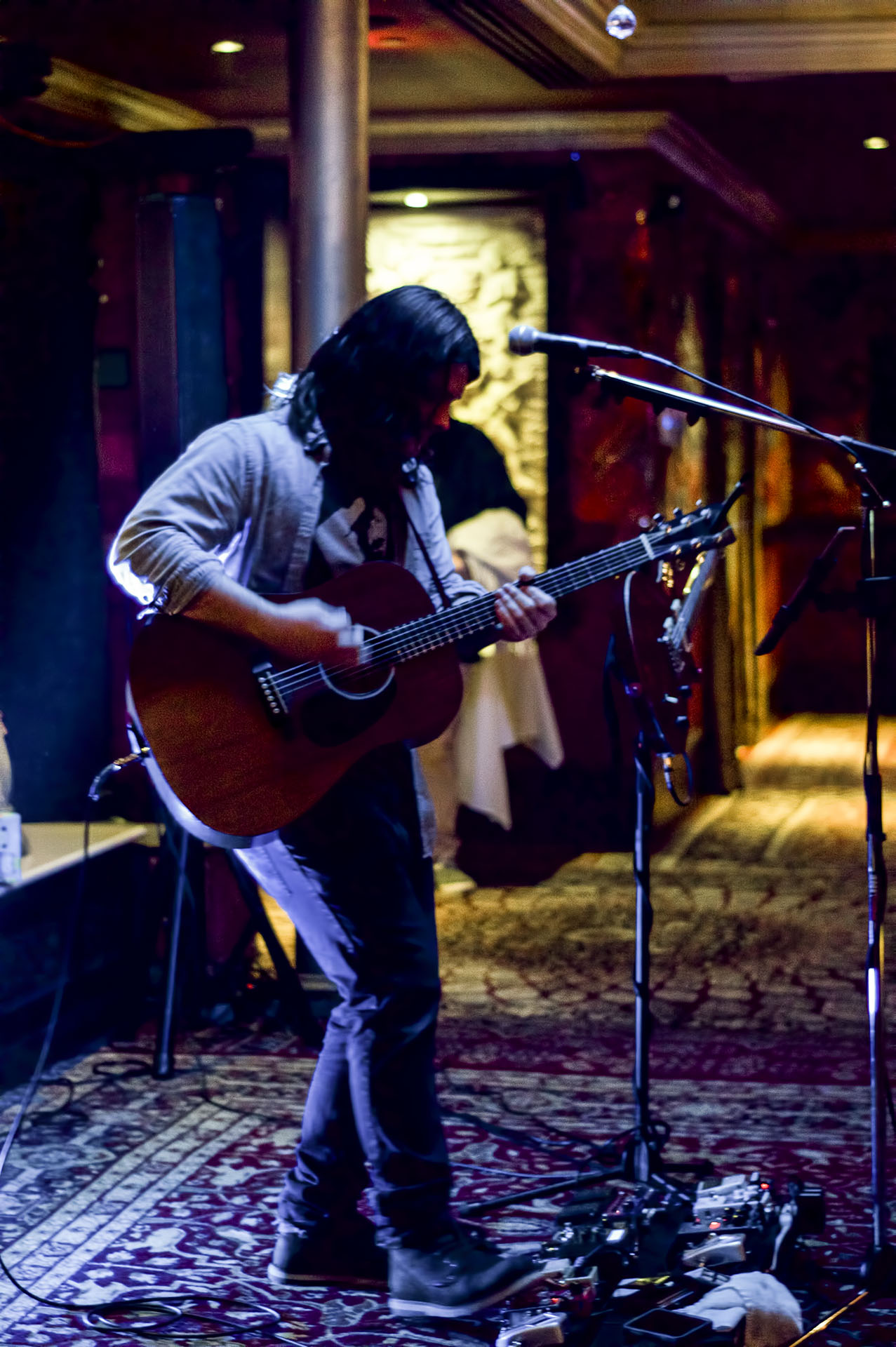 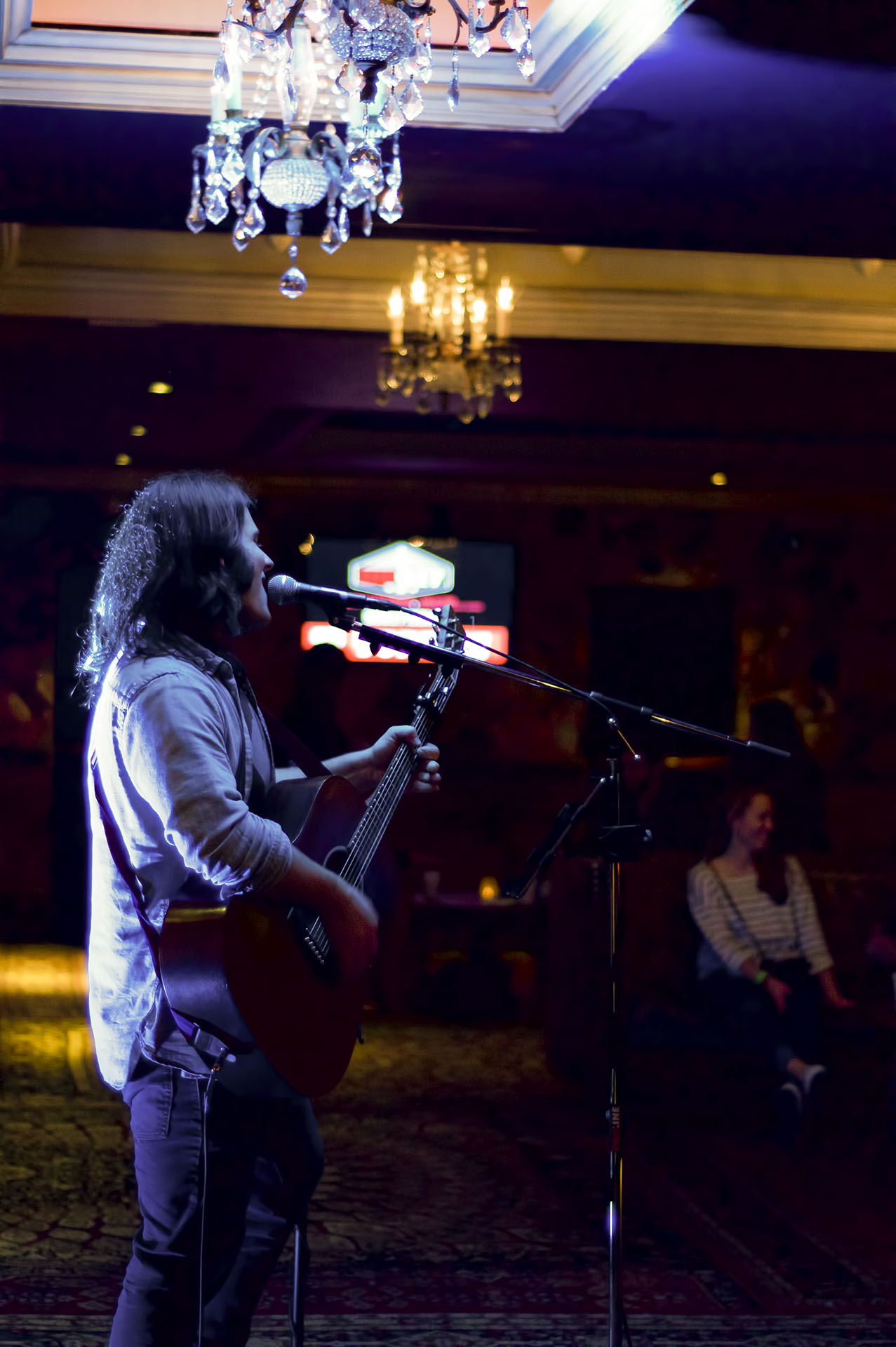 Jessica Gorrell
An obsession with all things related to music lead Jessica to study professional writing at the University of Massachusetts in Boston in order to pursue her dream of becoming a leading journalist on the music scene. When she's not busy writing prose or scouring the city for new acts, she likes to relax and play her guitar or shamelessly binge watch a TV show she's discovered.