Indie-pop trio Jukebox the Ghost brought their energetic stage show to a packed house at the Crescent Ballroom in Phoenix Monday night. From the first powerful chords of “Good Day,” from their 2006 debut album, the energy between the band and their loyal crowd could be felt throughout the room.

Vocalist Ben Thornewill showed his incredible stage presence, managing to entertain and engage the audience for an hour and a half, while rarely stepping out from behind his keyboard. His voice soared impressively back and forth into a smooth falsetto on songs such as “Somebody,” while bouncing on his bench and flashing smiles at the audience after nearly every line. 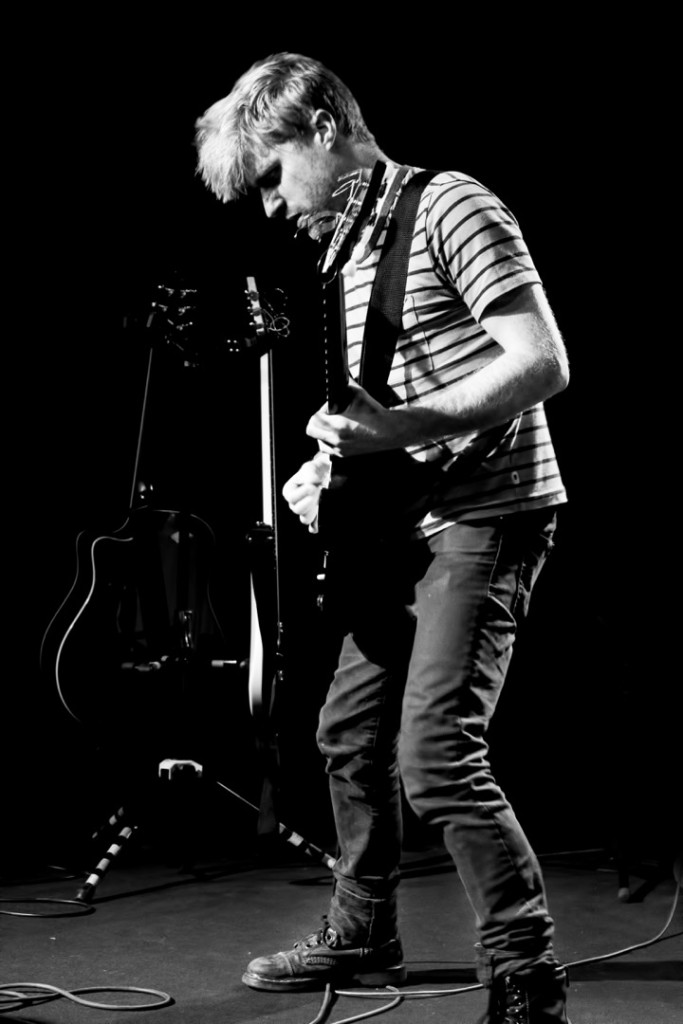 Drummer Jesse Kristin kept a tight rhythm for the band throughout the show, stepping out from behind the kit to sing the first verse of the band’s latest video “Hollywood.” As the only member of the band that could move around the stage for most of the show, Guitarist Tommy Siegel made the most of the space, dancing from one side to the other all night. 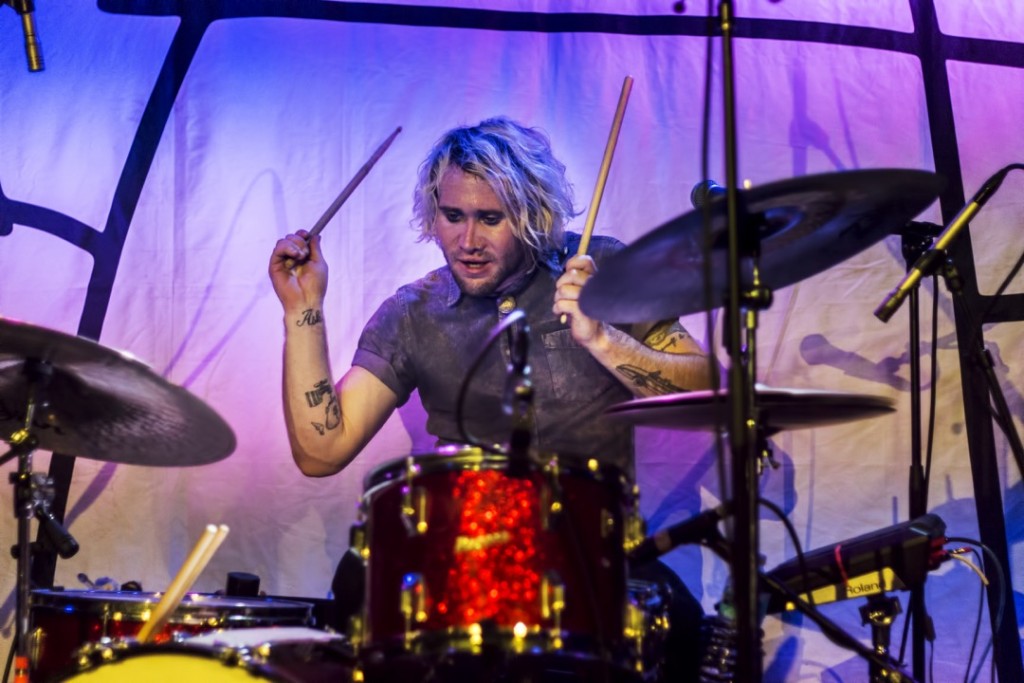 One of the highlights of the evening was a surprise, spot-on cover of the Queen/David Bowie classic, “Under Pressure.” Siegel swapped his guitar for a bass, and sung David Bowie’s part, with Thornewill taking on Freddie Mercury’s vocals. Another fun part of the evening was when Thornewill pulled out a a spinning wheel, labeled with rarely played songs, and gave it two spins, determining that the band would play “Adulthood” and “The Sun.” 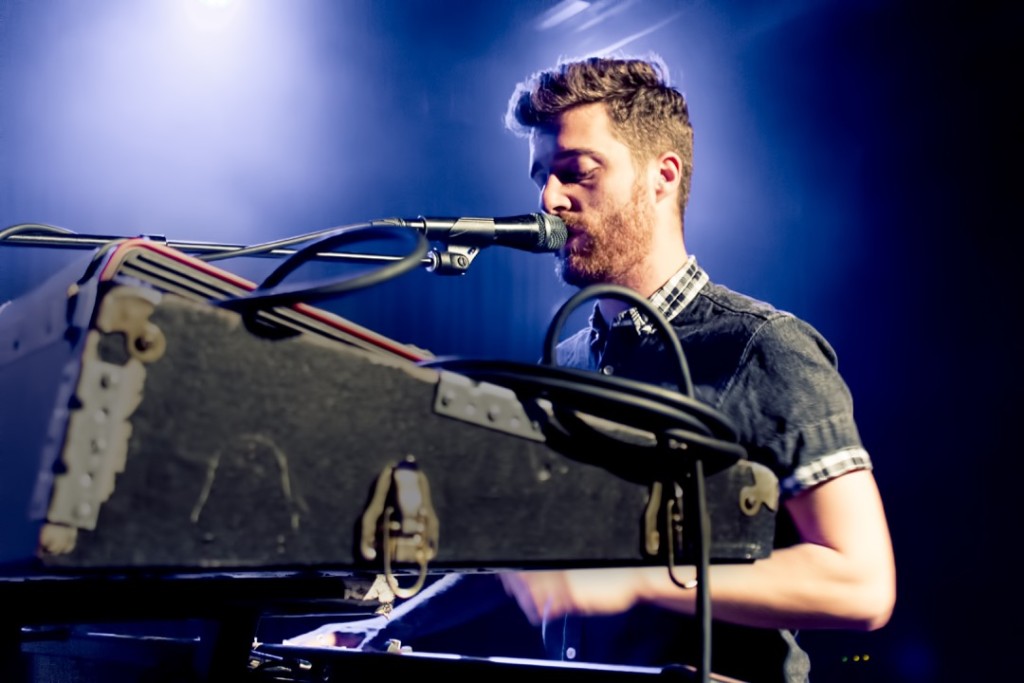 Following “Static To the Heart,” the band exited the stage, leaving the crowd to chant for an encore, which they did perfectly on cue. They returned to play “Empire,” from their 2010 album, Everything Under the Sun. The audience continued to call for another song until the house music came on, and it was obvious that they would just have to wait until the next time Jukebox the Ghost returns to the valley. 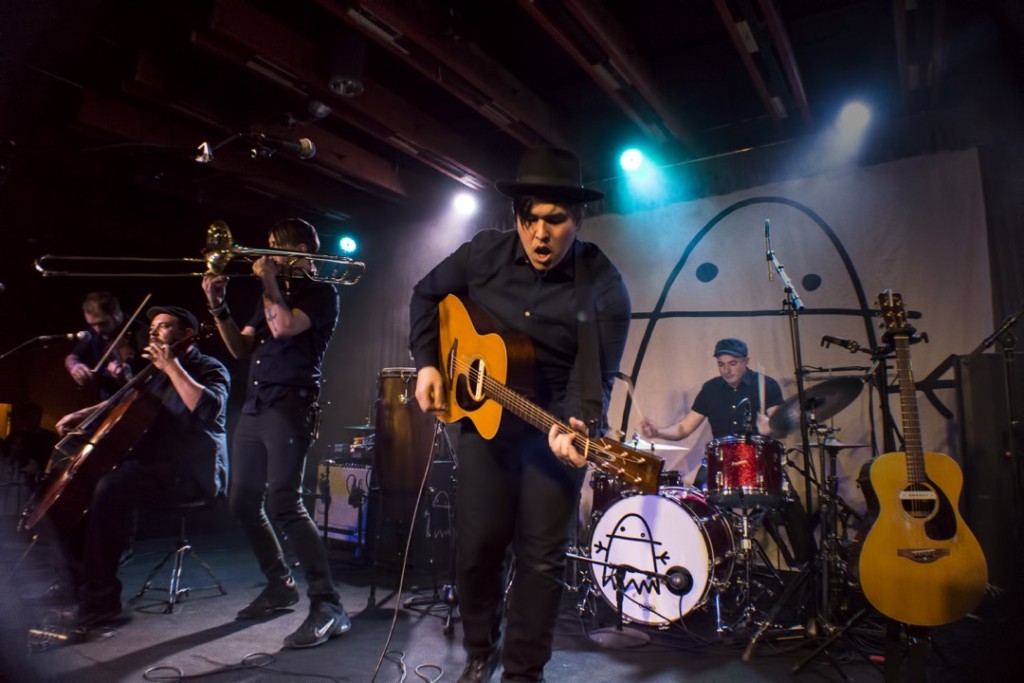 San Francisco 7-piece, The Family Crest, opened the show, with a lively 45 minute set. The ballroom was already mostly full by the time they started, with a large portion of the crowd singing along to many of the songs. Vocalist / guitarist Liam McCormick bounced around the crowded stage while the string section of Charly Akert and Owen Sutter, trombone player George Mousa Samaan, keyboard and flute player Laura Bermann, bassist John Seeterlin and drummer Charlie Giesige gave the audience an incredible performance, no doubt picking up some new fans along the way.