Skip to content
You are here
Home > FEATURED > Something Nice to Say: The Case for SCOOP

Everyone’s heard the line before: if you don’t have something nice to say, don’t say it. “Something Nice to Say” is a column that takes another look at “certified rotten” movies and finds a redeeming quality in each one.

I’ve always liked the subgenre of Woody Allen movies that dive unapologetically into the fantastic. You know it when you see it: Owen Wilson drunkenly stumbling into the 1920s one late Paris night, or, in the case of Scoop, a recently deceased journalist trying to bribe the Grim Reaper on the River Styx.

Scoop ties with the Jason Biggs-fronted Anything Else for the “worst” Woody Allen-directed movie, both clocking in at a 40% on Rotten Tomatoes. Critic Stephen Hunter straight-up called it “the worst movie Woody Allen has ever made.” Casting seems to have been one of the reasons behind critical response, with Tony Medley quipping, “If Adam and Eve had been burdened with the same lack of chemistry between Scarlett Johansson and Hugh Jackman, the human race would have died aborning.” Yikes. 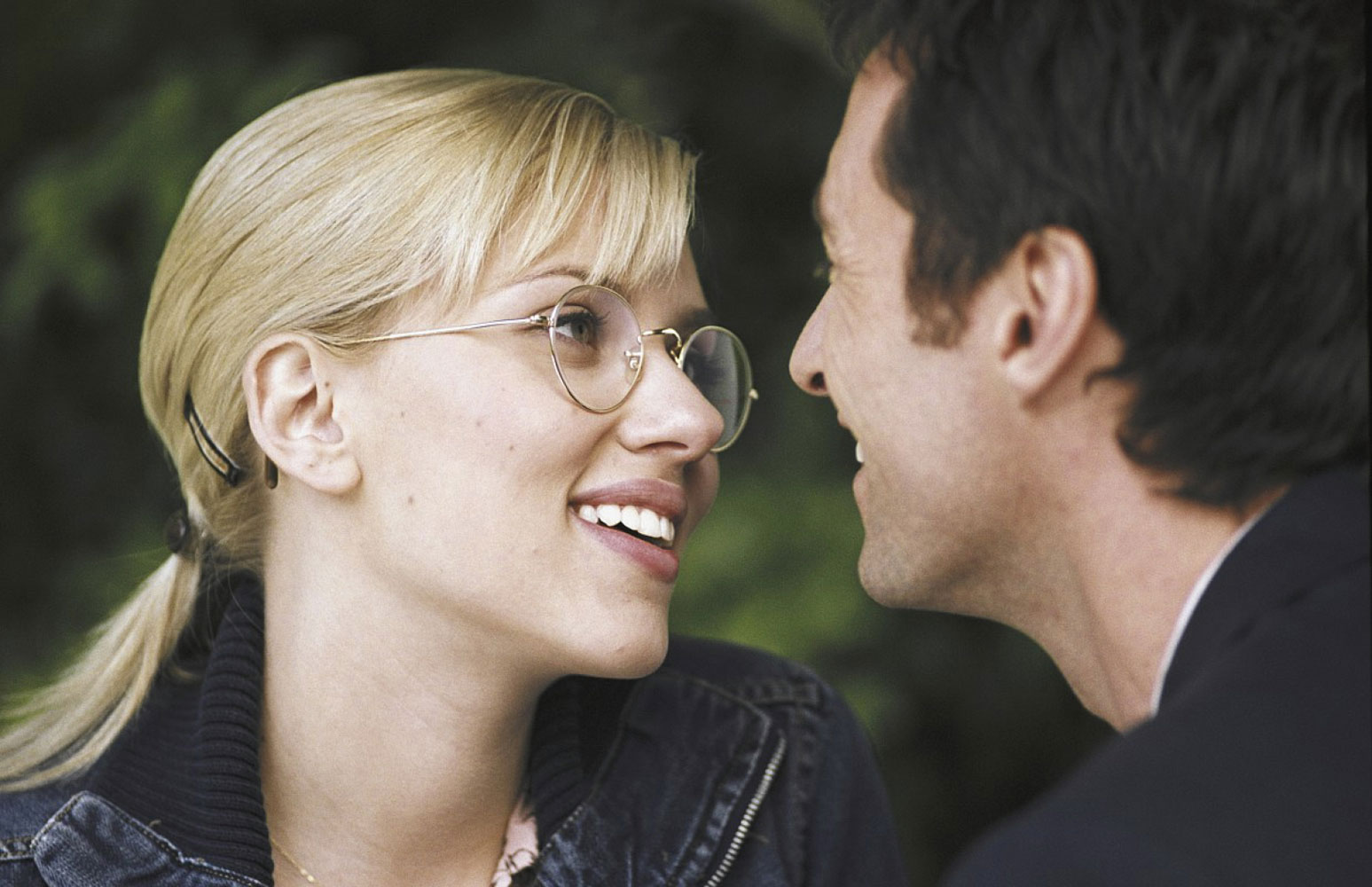 Scoop probably got the reviews it did because critics focused on its identity as a romance flick. It admittedly doesn’t bring much to the table on that front, which is equally surprising and disappointing to fans of Woody’s older work. Johansson’s Sondra, a journalism student, hides her true identity in a well-intentioned undercover mission that quickly goes awry as she falls for the subject of her investigation—but how many times have we seen the secret identity love story play itself out? Additionally, as Medley somewhat bluntly asserts, there’s not much of a spark between Johansson and Jackman. In the end, Scoop’s light in the darkness can be found not in the two leads (or Woody’s wisecracking portrayal of The Great Splendini), but in Ian McShane.

McShane plays the woefully underused Joe Strombel, a journalist who spends the bulk of the film engaged in off-screen efforts to outsmart the Grim Reaper so he can ensure that Sondra is still chasing his last big “scoop.” My favorite moments of the film quickly became his sporadic entrances and unexpected exits, which conveniently dosed the story with journalistic urgency whenever it slipped too far into conventional rom-com territory. The unusually strong characterization conveyed in his abbreviated screen time is an impressive feat of writing (and yes, my favorite Strombel moment is his attempt to bribe an impassive Reaper, extending a bill toward the hooded form and asking, “Does this mean anything to you?”). I only wish we’d seen him more—or at least been privy to his methods for escaping the River Styx. At least in my viewing experience, that remained a bigger mystery than Jackman’s murderous secret identity. 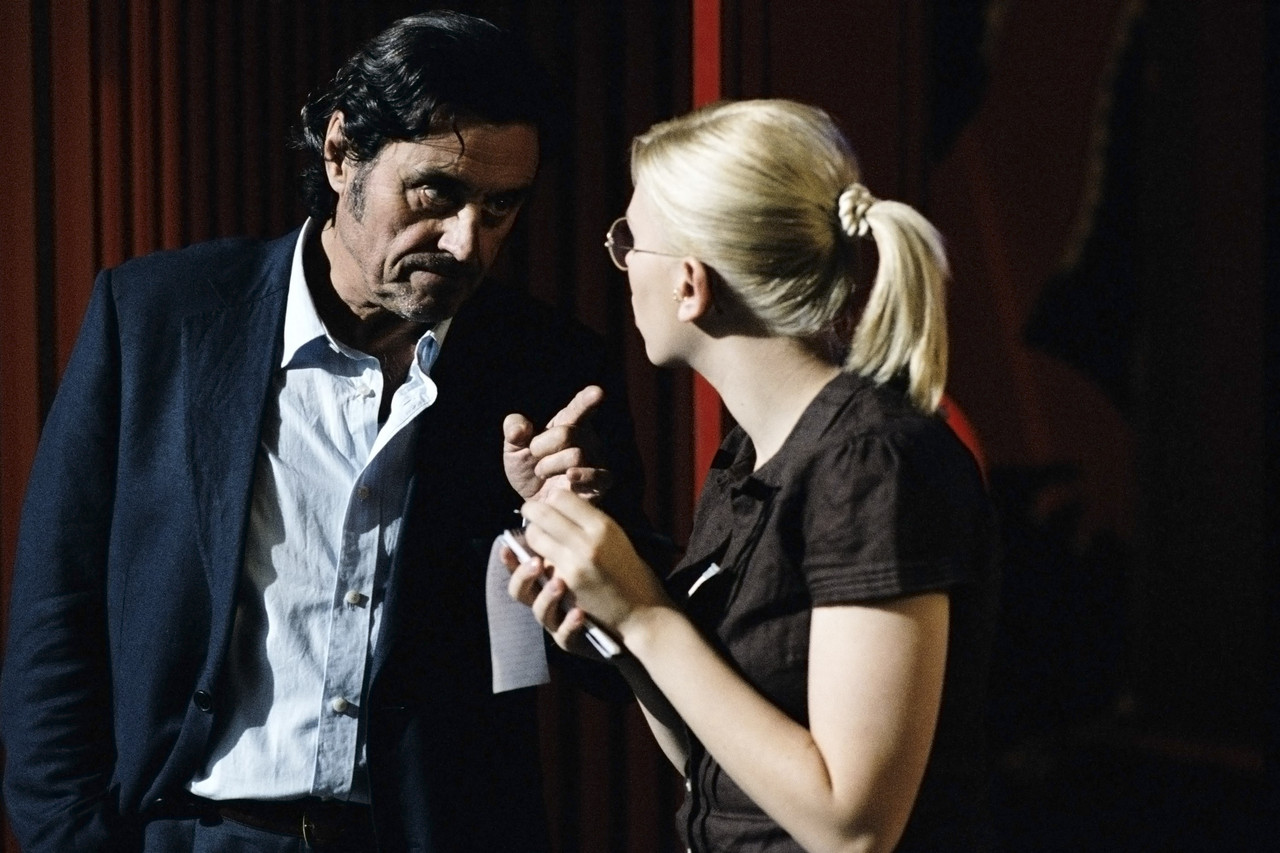 Scoop’s portrayal of life after death gives viewers an interesting glimpse into something that leaves us with quite a few unanswered questions. It’s just too bad Woody doesn’t spend more time in this post-life universe, and less in Sondra and Lyman’s—though Strombel’s oscillation between the two did make for some comedic moments. A note for next time, Woody: afterlives can take a welcome variety of forms (see Wristcutters: A Love Story for a truly unique example), but most couples tend to fall in love in relatively the same way.

In the end, Scoop is worth a watch if you’re a sucker for a) Ian McShane or b) sensationalized depictions of journalism in cinema. News is a profession that, more often than not, will have you combing a small town to interview locals about roadway construction or taking notes in a mind-numbing town hall meeting. Woody takes an amateur journalist and spoon-feeds her the most interesting story she could possibly uncover—conspiracy, public scandal, what have you—and the method of delivery is a dead guy. Scoop may be many things, but its premise is certainly not derivative.

Abigail Marshall
Abigail wants to live in a world where coffee is free and everyone who writes "you're" means "you are." When she’s not holed up at her university’s newspaper office, you can find her drinking coffee while reading someone’s memoir or drinking coffee while planning the soundtrack for her next road trip (but really, this one’s gonna be life-changing). A writer by trade, she blogs at abigailwashere.com, tweets from @thefirstabigail, and never leaves a bookstore empty-handed. She recommends reading her writing while drinking coffee—but you might have noticed a trend by now.

2 thoughts on “Something Nice to Say: The Case for SCOOP”