Photos and article by Steven Principato

Brooklyn, NY – Anonymously hidden among the shops, bodegas, and occasional hipster nightspot of the traditionally ethnic but rapidly transitioning neighborhood of Greenpoint, exists a bastion of evil darkness, vice, and other awesome things. Upon entering the inconspicuous and unmarked St. Vitus, one would expect to enter by secret knock followed by a spoken password, arcane in origin, recited before a pair of suspicious eyes through a slit in the door. Upon entry to this gloomy cavern of coven-esque malevolence, one might take notice of the numerous inverted crosses, skeletal fixtures, highly conversational metal memorabilia, and some of the most friendly and casual barkeeps I’ve ever encountered in an urban setting. 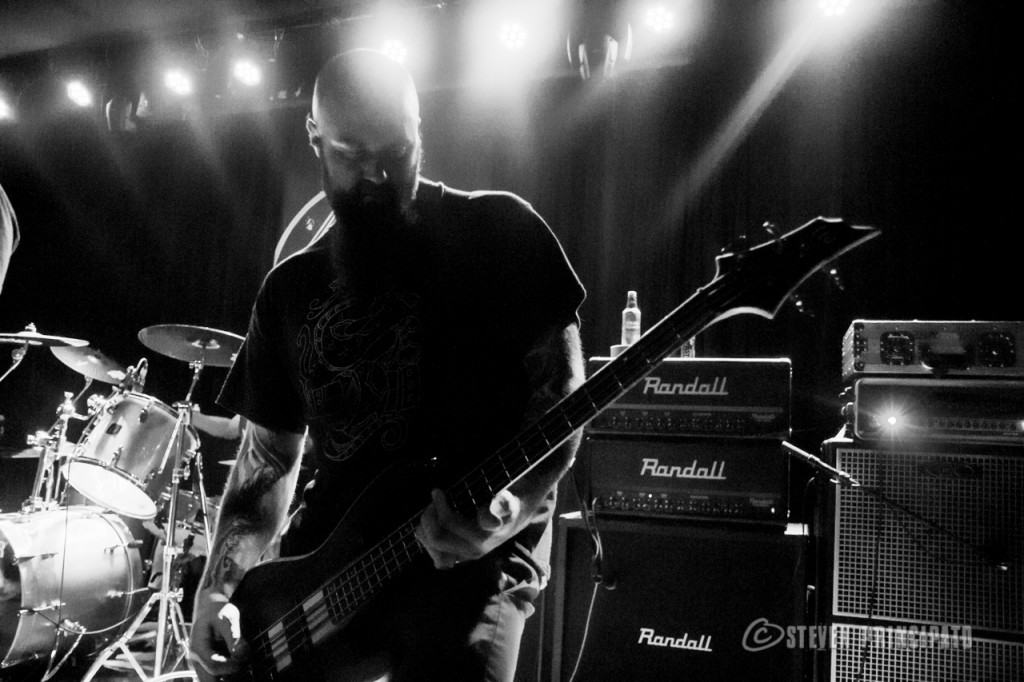 As one of NYC’s prime venues for metal music, the claustrophobic 300 person capacity venue hosts some of metal’s most sought after acts under some of the most intimate settings imaginable. All rock stars must check their inflated egos at the front door when entering Saint Vitus. Fortunately, our bearded heroes of southern sludge metal from the big easy came only with guitars, a basic back-line, authentic southern hospitality, the shirts on their backs, and 25 amazing years of progress in simply doing what they love.

Under a steadily growing crowd for a Wednesday night, the very same night that Iron Maiden elected to sell out MSG under exorbitant ticket prices, entered a band that assured me New York Hardcore still beats in the hearts of some young men. Opening the show with the beat-down rhythms reminiscent of 90’s Brooklyn hardcore, similar to such acts as Agnostic Front and Biohazard, Manipulate effectively set the aggressive and deafening tone that would only grow stronger as the night progressed.  Second to the stage were local doom enthusiasts, Unearthly Trance. Under the spell of sub-harmonic down tuning and effects-drenched merciless sonic volume, this unholy power trio channeled familiar styles of doom metal legends by the likes of Sleep, Electric Wizard, Eyehategod, and the obligatory Black Sabbath. 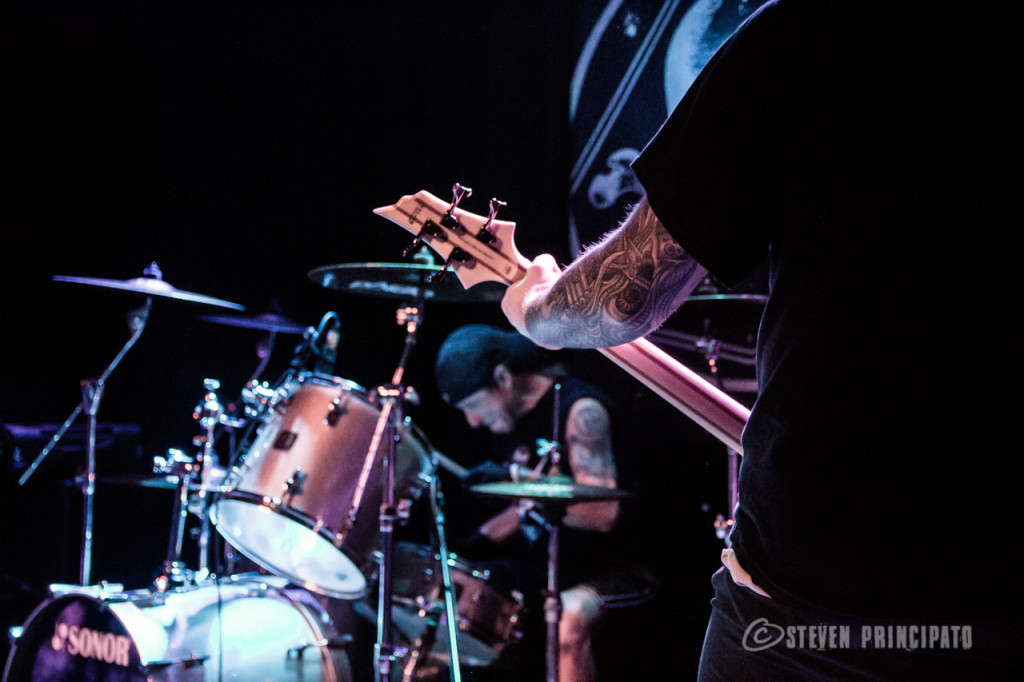 With my unprotected ears already exhibiting symptoms of irreparable damage, Crowbar triumphantly occupied the tiny stage before a room now full to capacity. Crowbar, armed with their signature zero bullshit approach to administer an unmistakable gospel of authentic New Orleans sludge metal, est. 1992, wasted little time with formal introductions. Founding Guitarist/Vocalist Kirk Windstein, (Also of Down and Kingdom of Sorrow notoriety) proceeded to deliver his signature earthshaking guitar grooves and scratchy groans that carried his lyrical annihilation to the churning sea of anarchy below. Extensively sampling from their ten record catalog with favorites ranging from “All I had” and “High Rate of Extinction”, ultimately finishing with Led Zeppelin’s epic “No Quarter”. Crowbar, now satisfied with burying the raging mob In 100 percent pure New Orleans Sludge, exited the now smoldering Saint Vitus only to repeat their mass destruction upon the next house of debauchery that stands in their path.

With 25 years of genuine homegrown sludge metal to their credit, entirely free of record executive diluting, Crowbar continues down a crooked path of individual success alongside metal legends such as Pantera to local underground foundations such as Down, C.O.C., and Eyehategod. Few music scenes can boast such a wide range of success and still maintain the genuine family atmosphere that places the NOLA sludge scene in such eternal reverence. 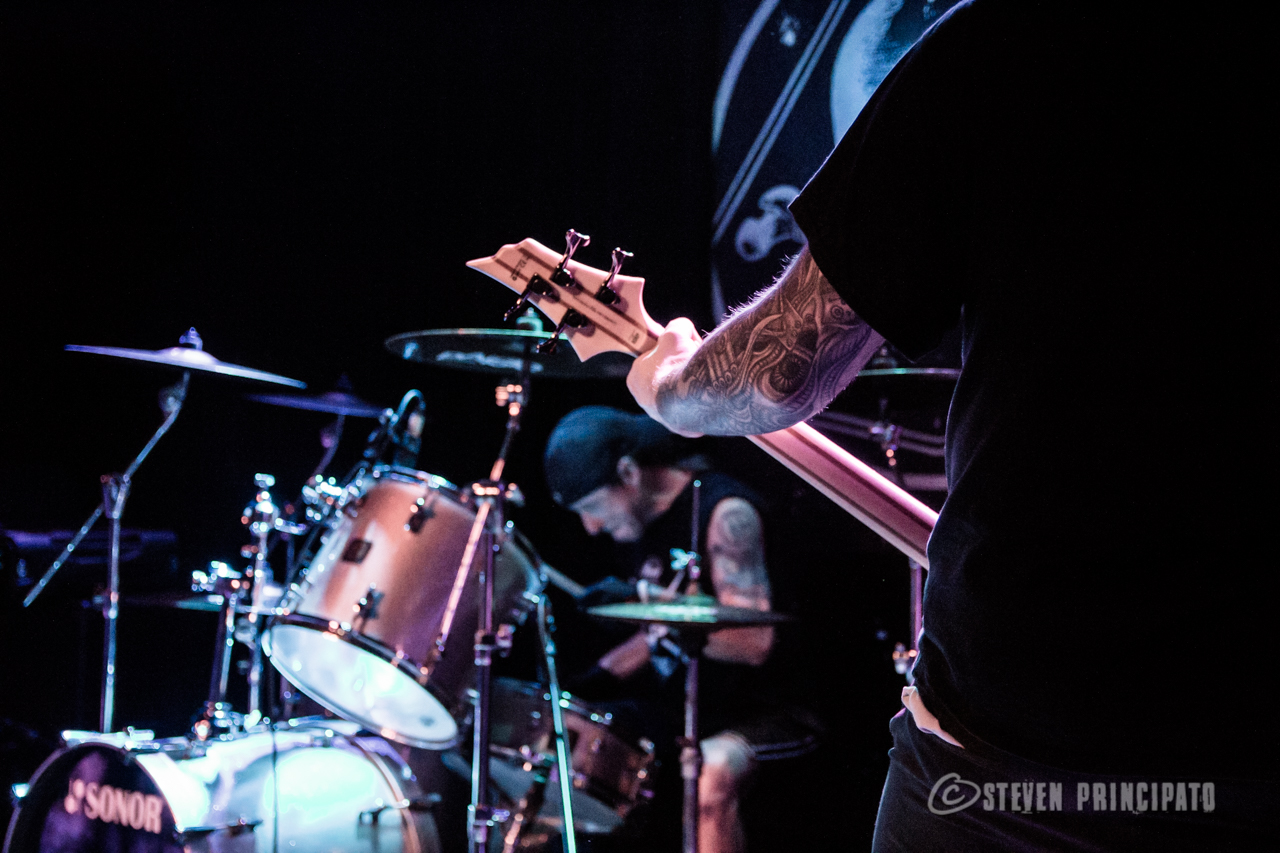 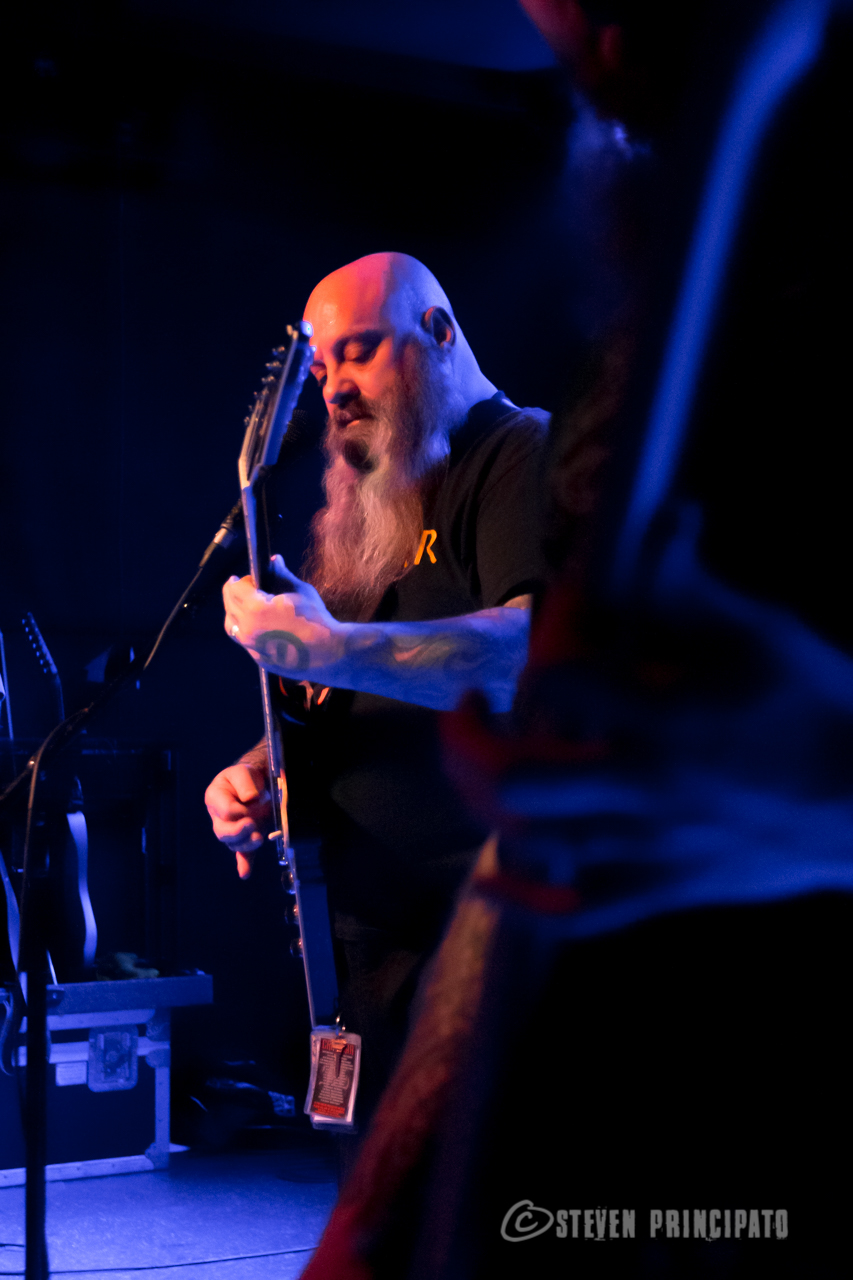 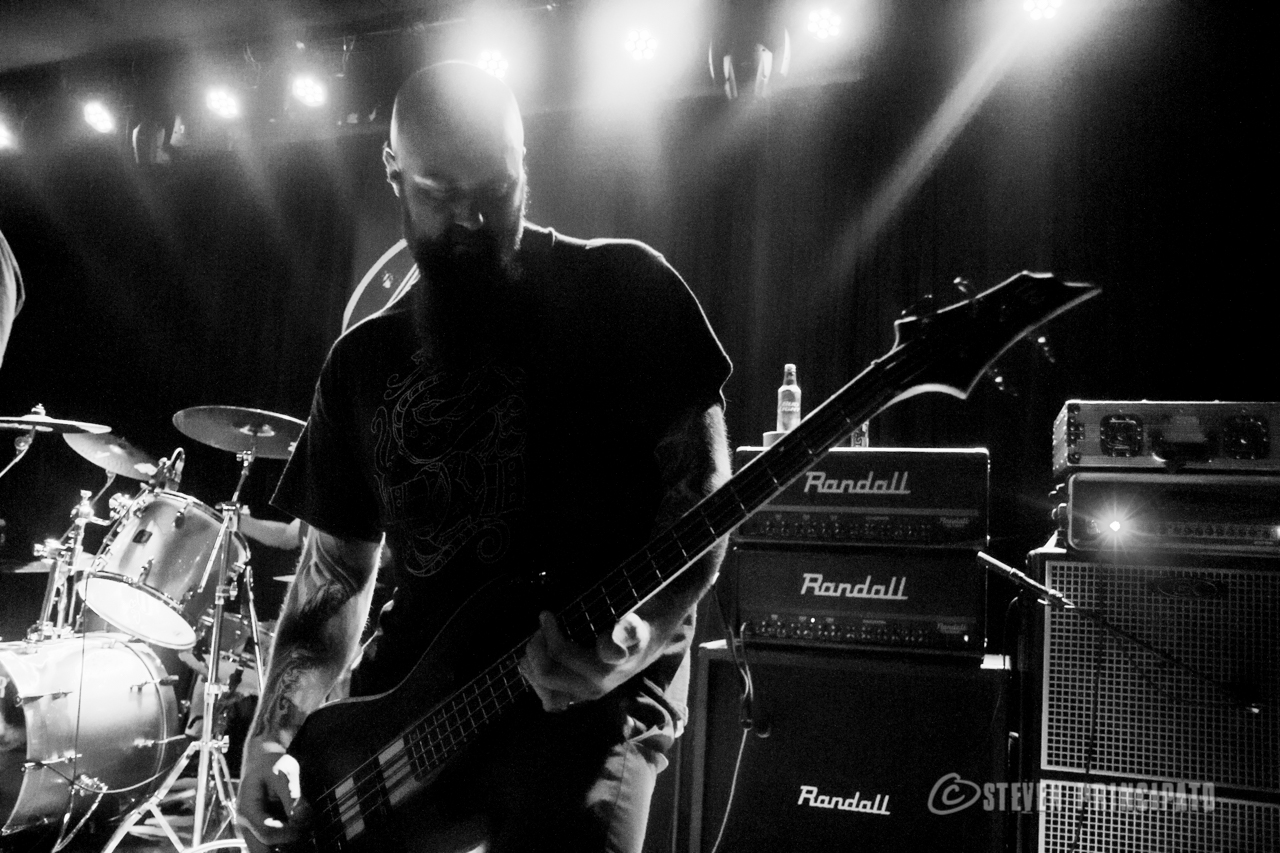 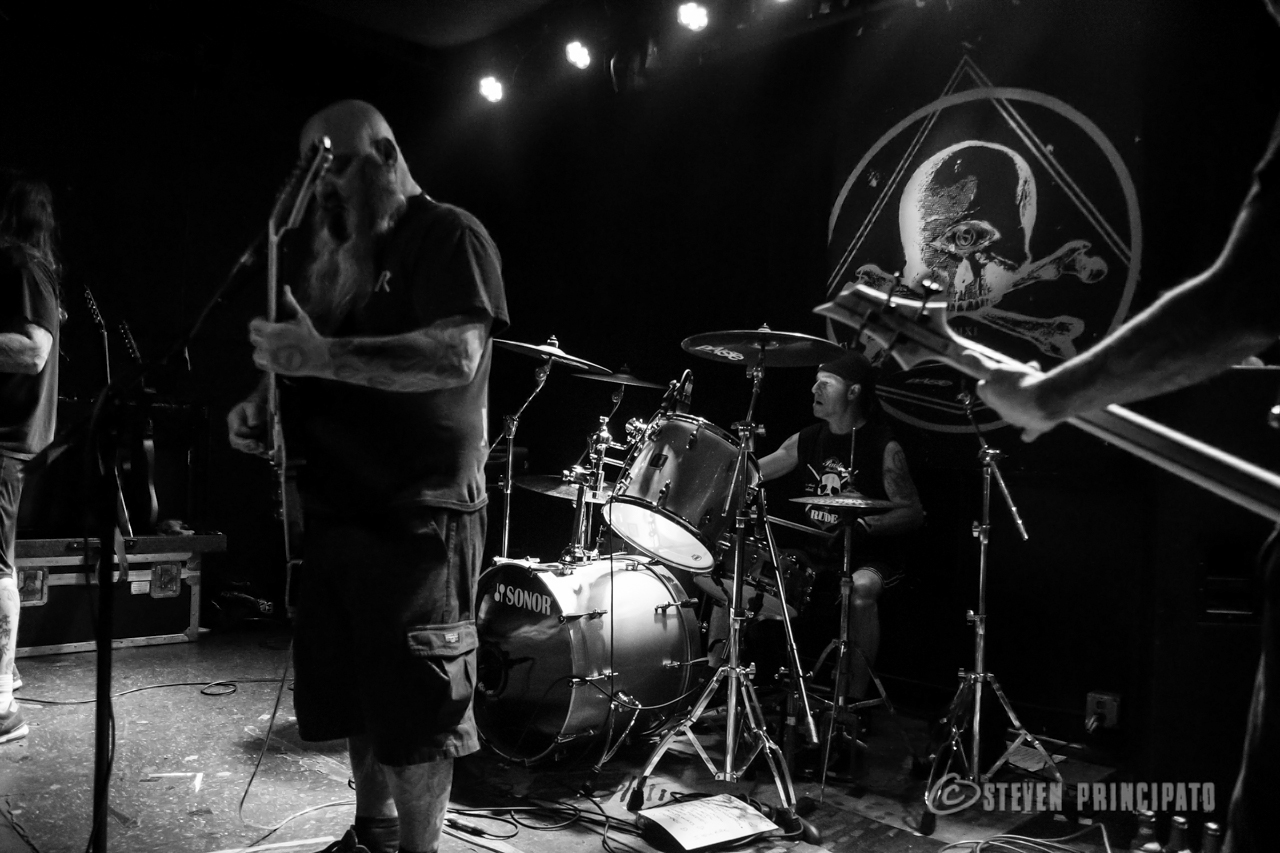 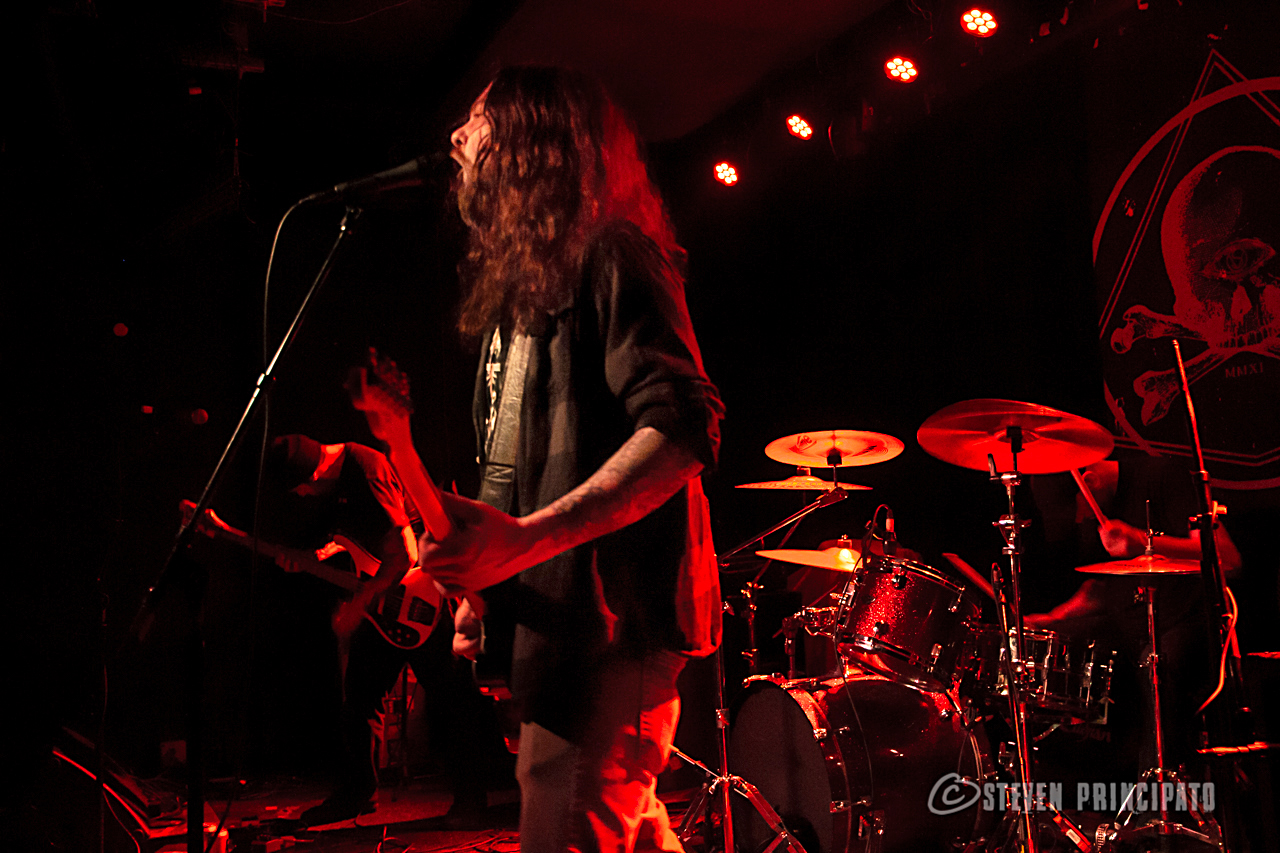 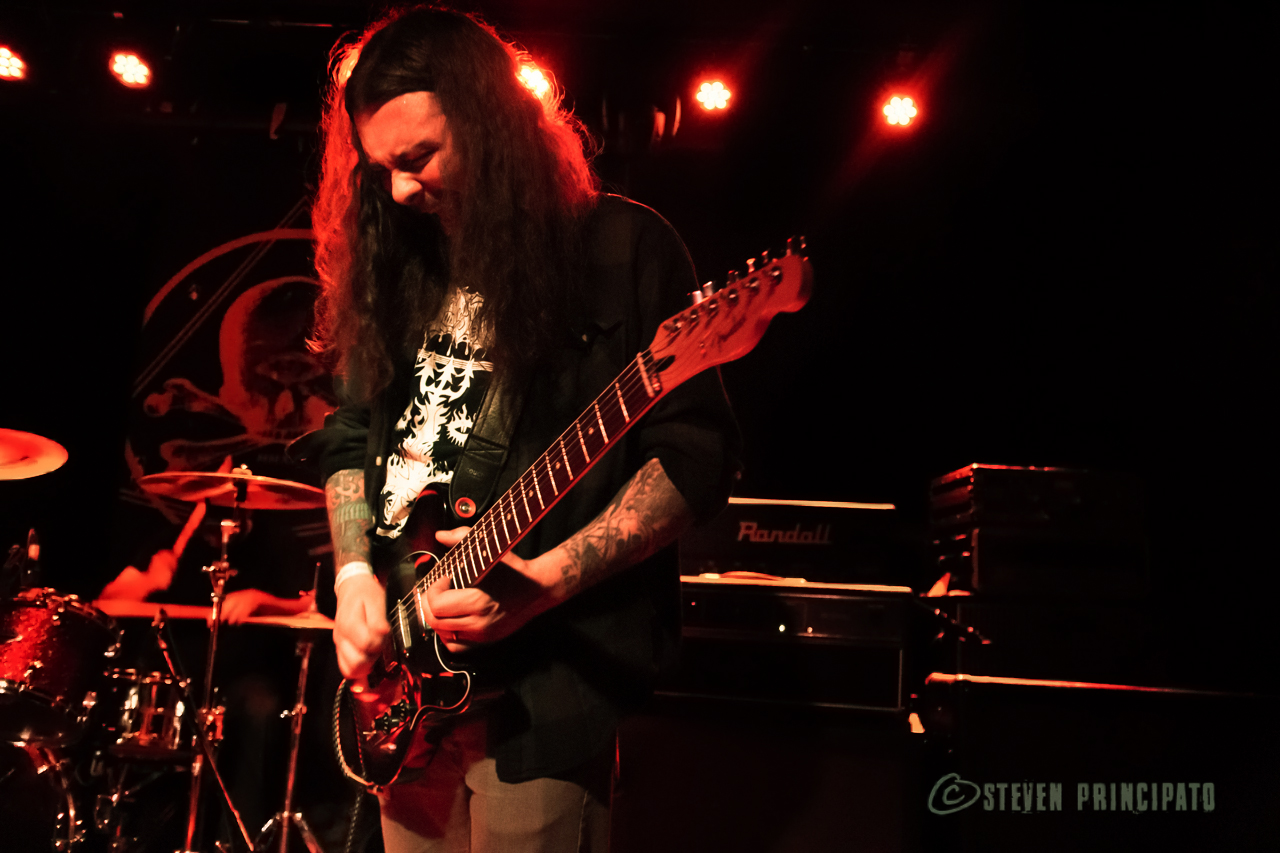 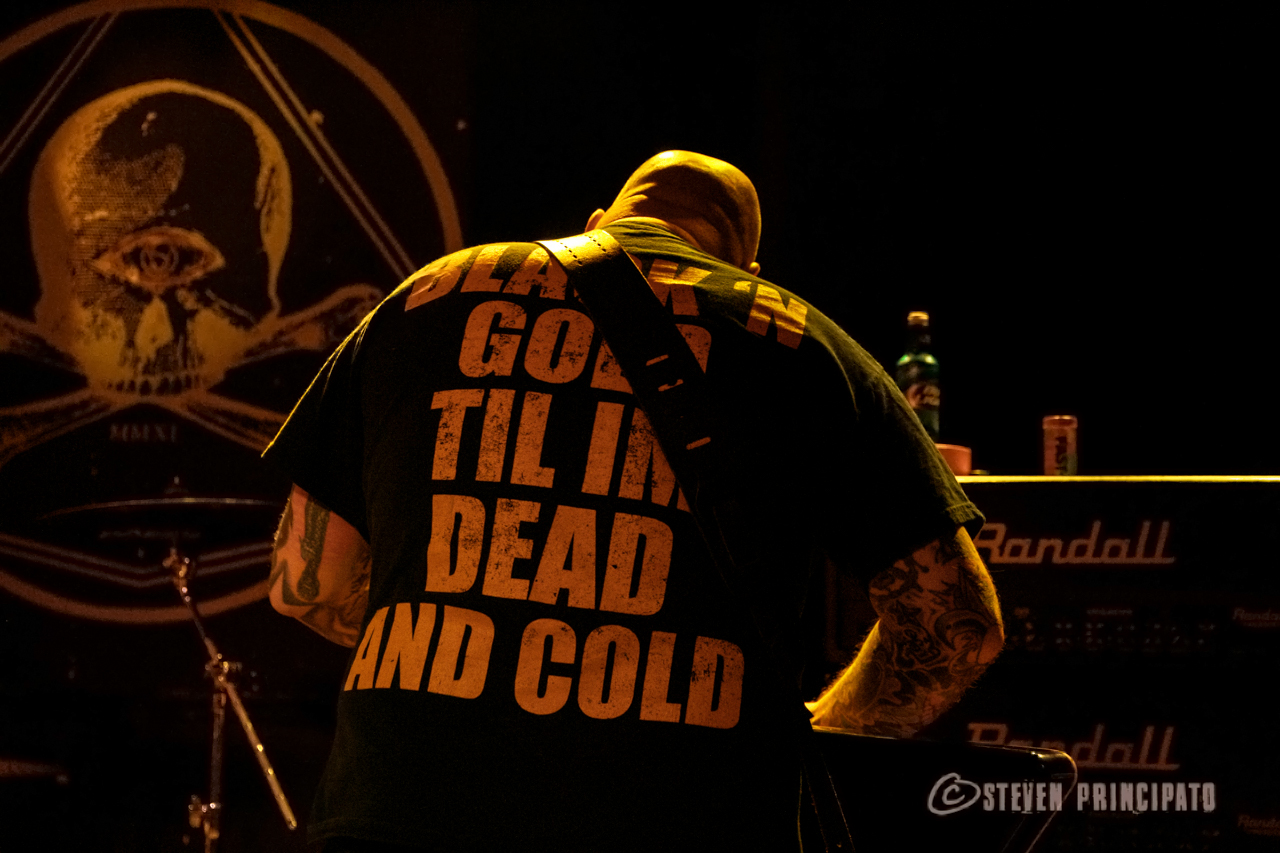 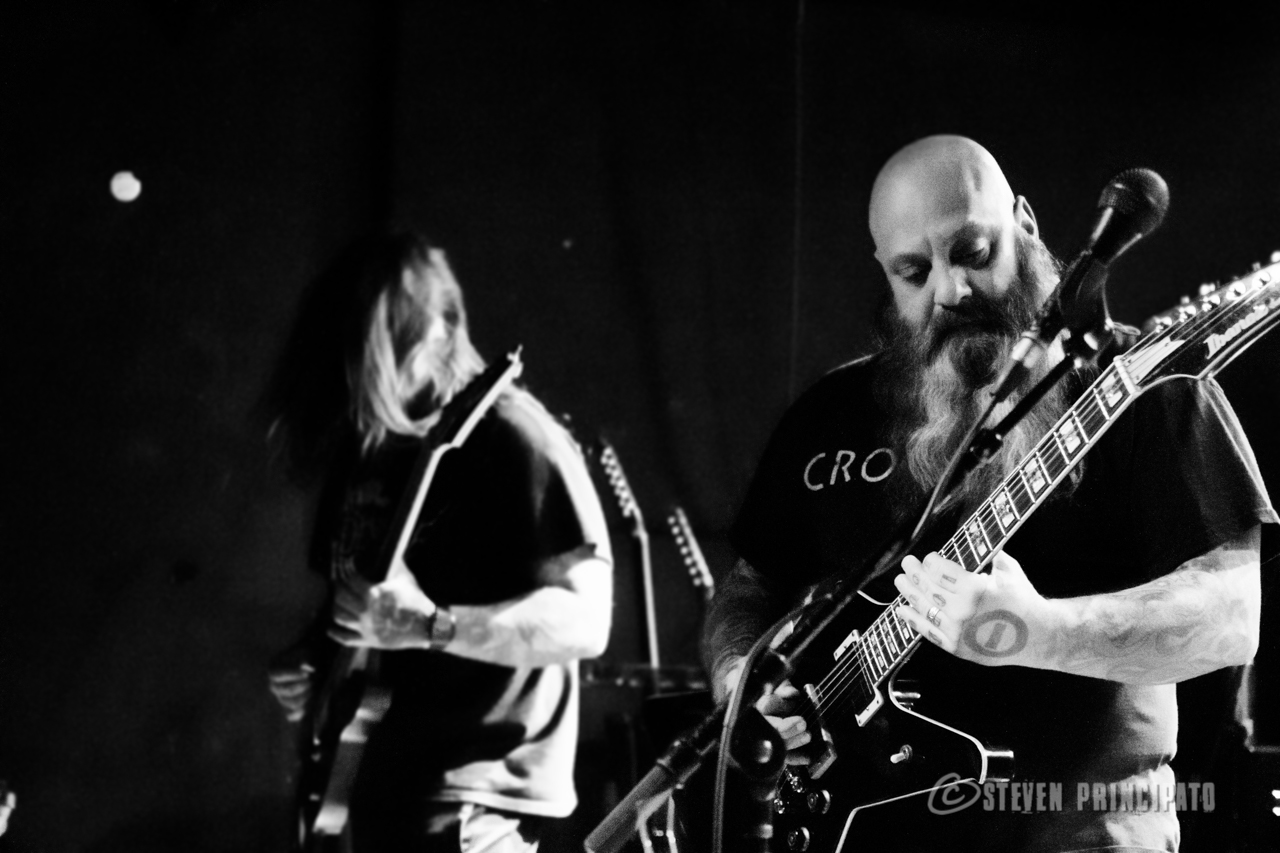 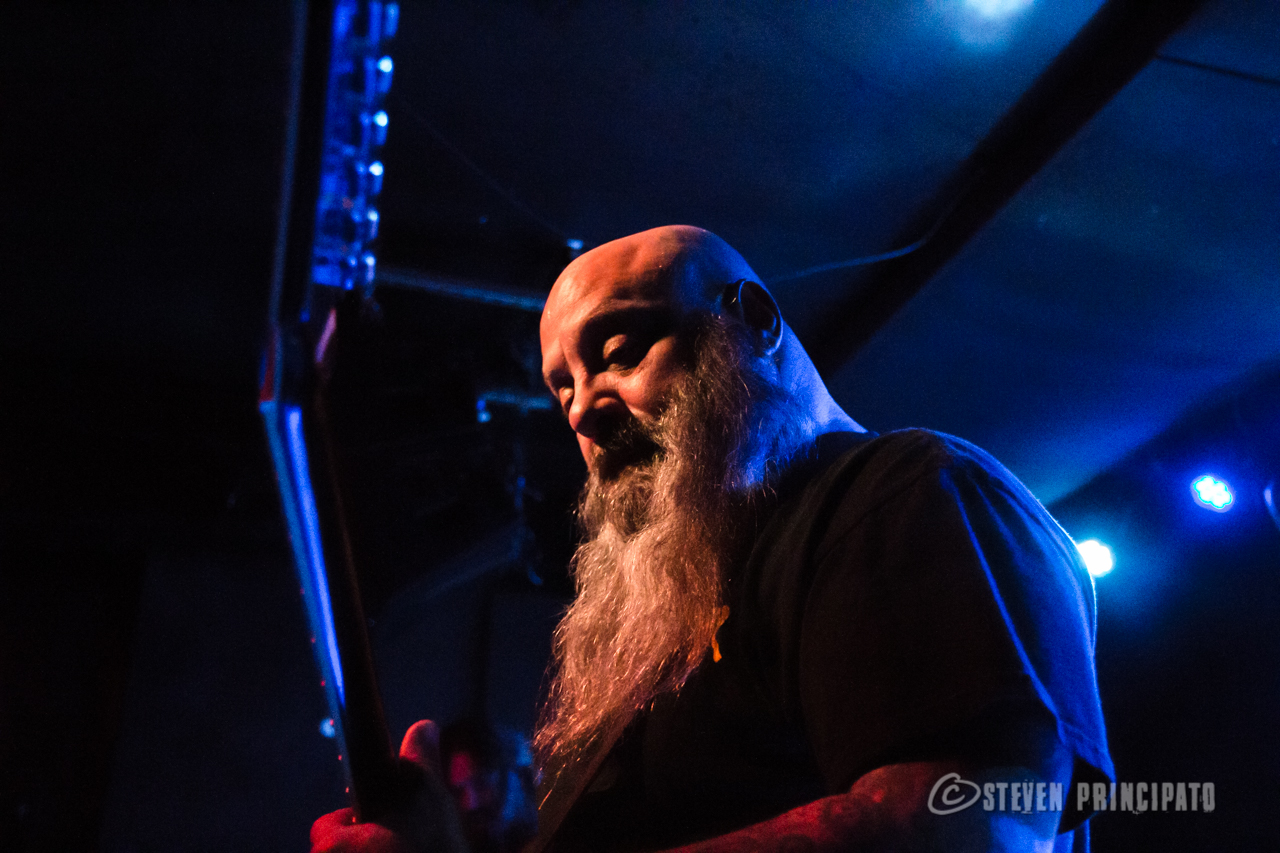 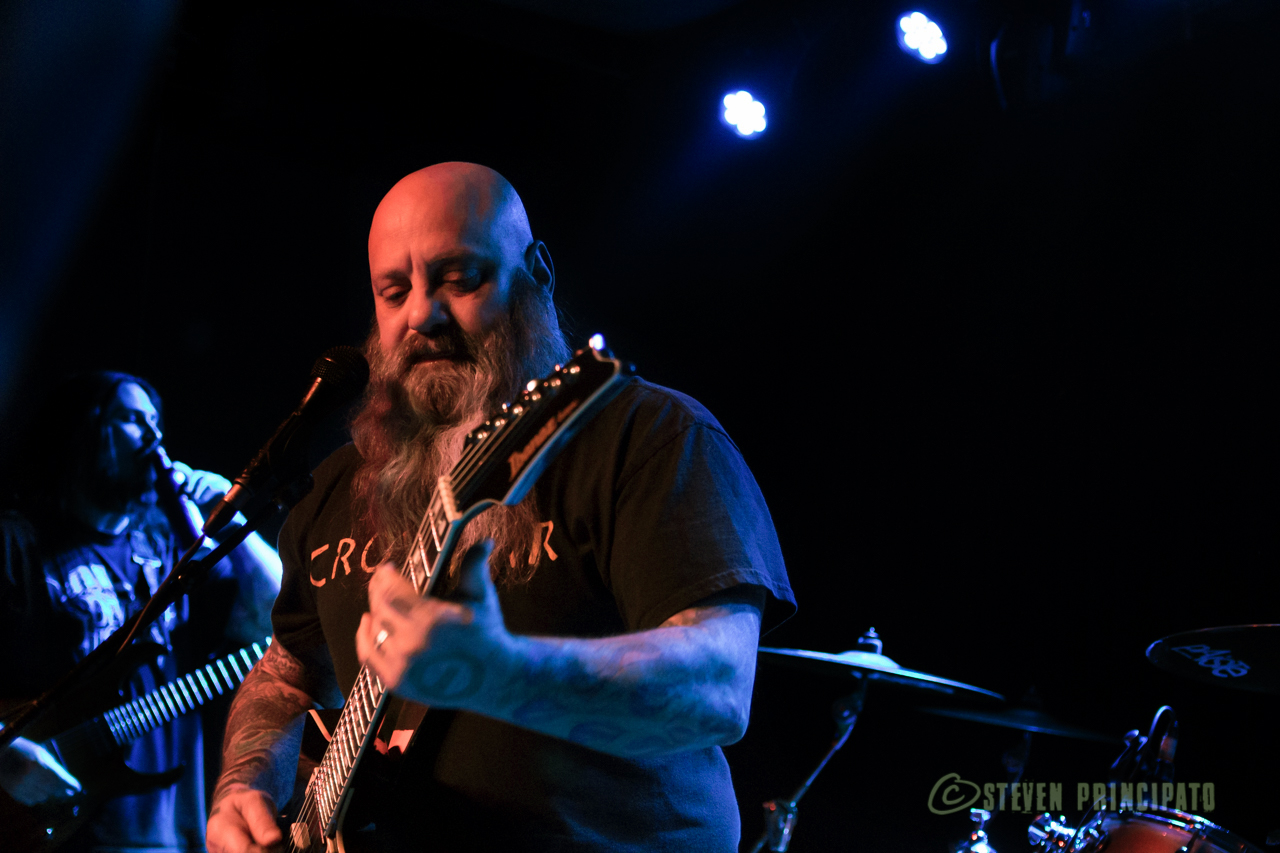