HAMPTON, VA– Legendary Seattle alt-rockers Pearl Jam walked on the stage of the Mothership, vocalist Eddie Vedder grasping a bottle of wine in one hand and a setlist in the other. Opening the three hour long show with “Why Go,” Eddie and crew proved that they still can and still do put on a solid show, with 32 songs on the night’s setlist, a few of them running into extended jam sessions. 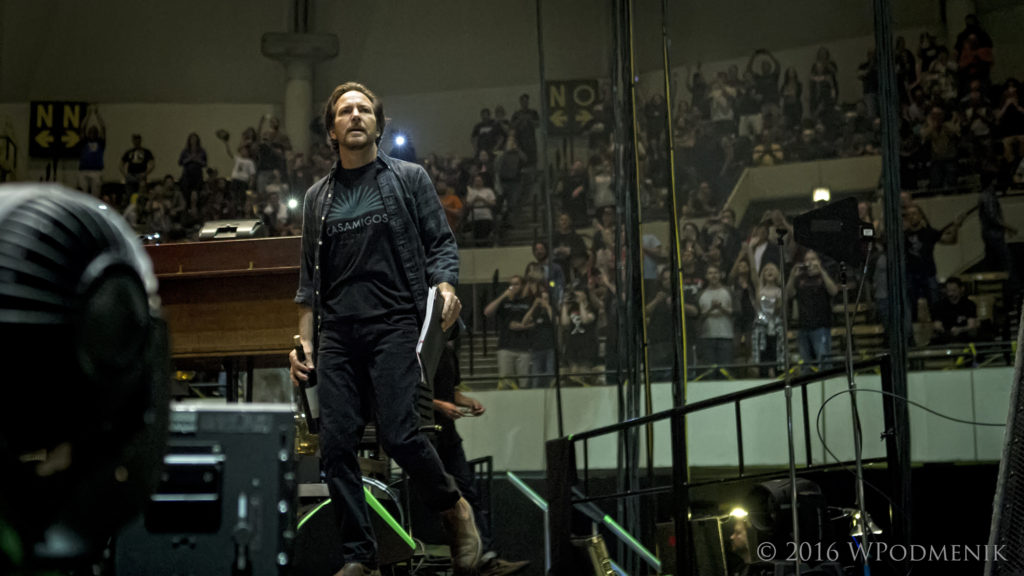 Eddie paused several times during the Monday evening to chat with the audience. After “Daughter/ It’s OK”, he noted the audience singing along with him and spoke of how the Hampton Coliseum was “a good room for singing, it just feels right, and I’ll tell you, if you can ever get a job singing, just do it”, with a smile. “Has everyone had this person (in life) that sets them on a path? How many here have had two?” asking the crowd to raise their hands. “That’s great. Isn’t it funny they keep cutting money for education? I know there are a few of you good teachers out there. ” He then pointed out a teacher in the audience by spotlight, to people’s appreciative applause, and played “Long Road,” a song inspired by a great teacher he once had. 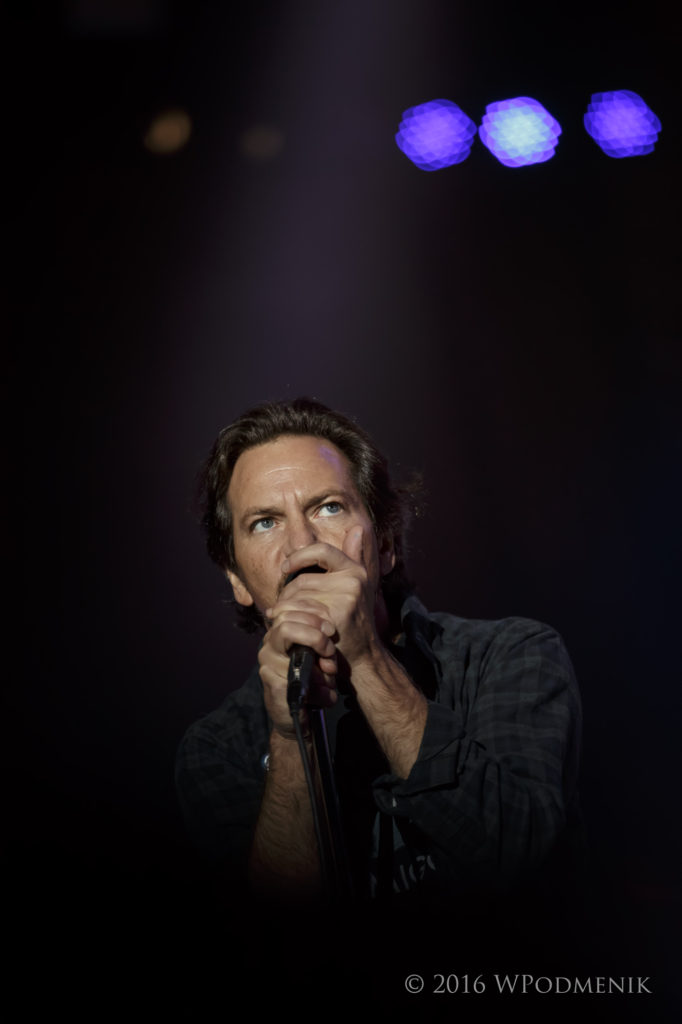 The evening took a definite political bend, given the recent announcement that Pearl Jam would be joining the ranks of musical giants Bruce Springsteen and Boston by canceling their upcoming show in Raleigh, in protest of the recent passing of HB2 by North Carolina lawmakers. House Bill 2 – known as the “Bathroom Bill”- is a law that limits people’s rights to claims of discrimination due to many factors including race, religion, biological gender, etc., in the state’s courts.

Acknowledging that it was a “tough call,” Vedder continued with the observation that, “the reality is, there is nothing like the immense power of boycotting, and we just couldn’t find it in ourselves to cross the picket line. We apologize to Raleigh, we know they are pissed… but we are all pissed too.” He then dedicated, “I am a Patriot” to the LGBT community. Following this, Eddie pulled out his ukelele, affectionately named Clarence, and played “Sleeping by Myself.” 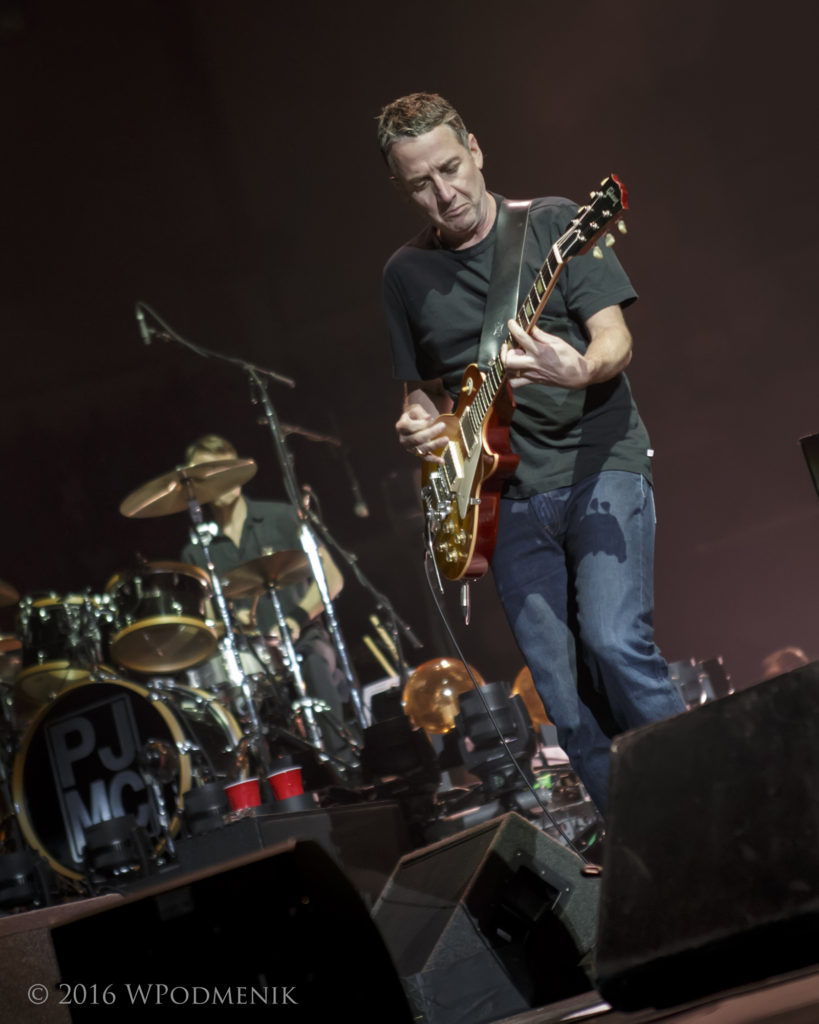 By the second encore, Eddie was wearing a backwards Sanders/Warren baseball cap given to him by an audience member, and had passed his unfinished bottle of wine into the crowd. At the end of it all, Pearl Jam remains a group of politically and socially-conscious musicians that seek to change the world, one song and one statement at a time. 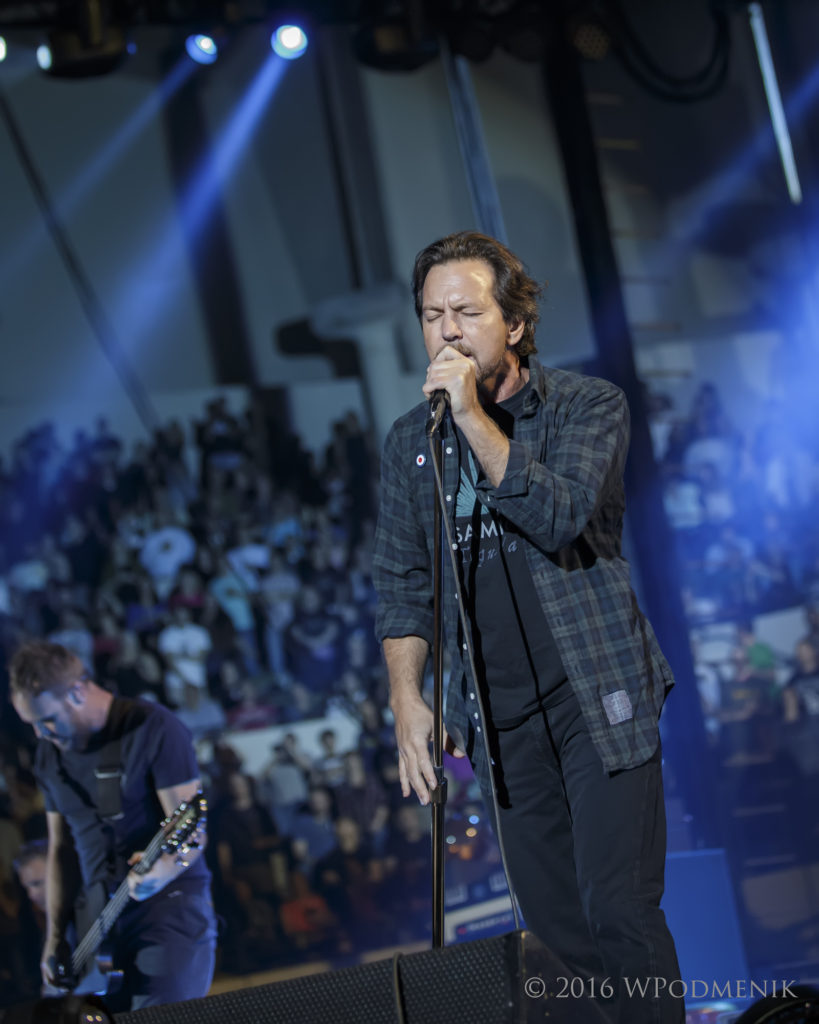 I am a Patriot

Elderly Woman Behind the Counter in a Small Town

Rockin’ in the Free World 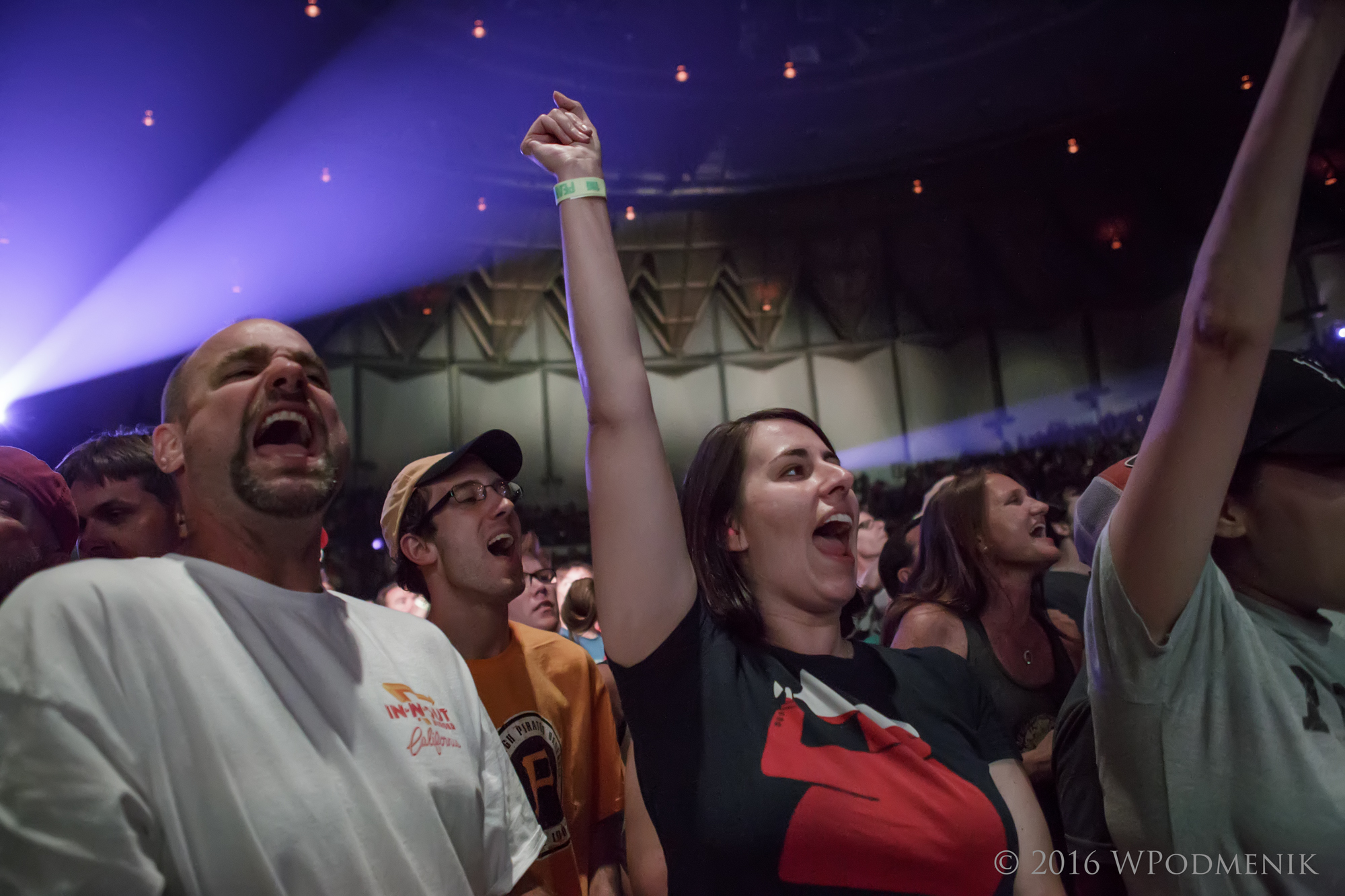 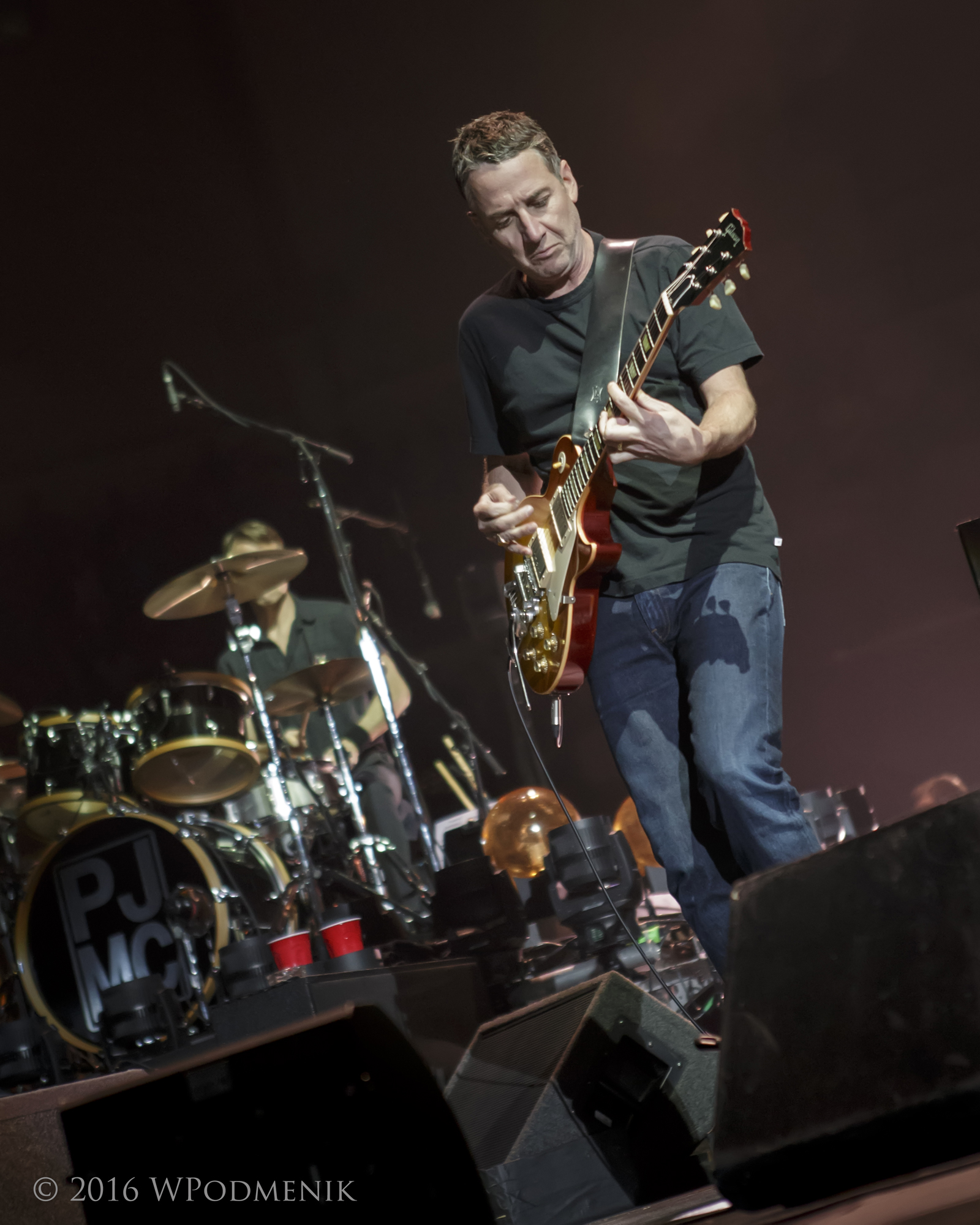 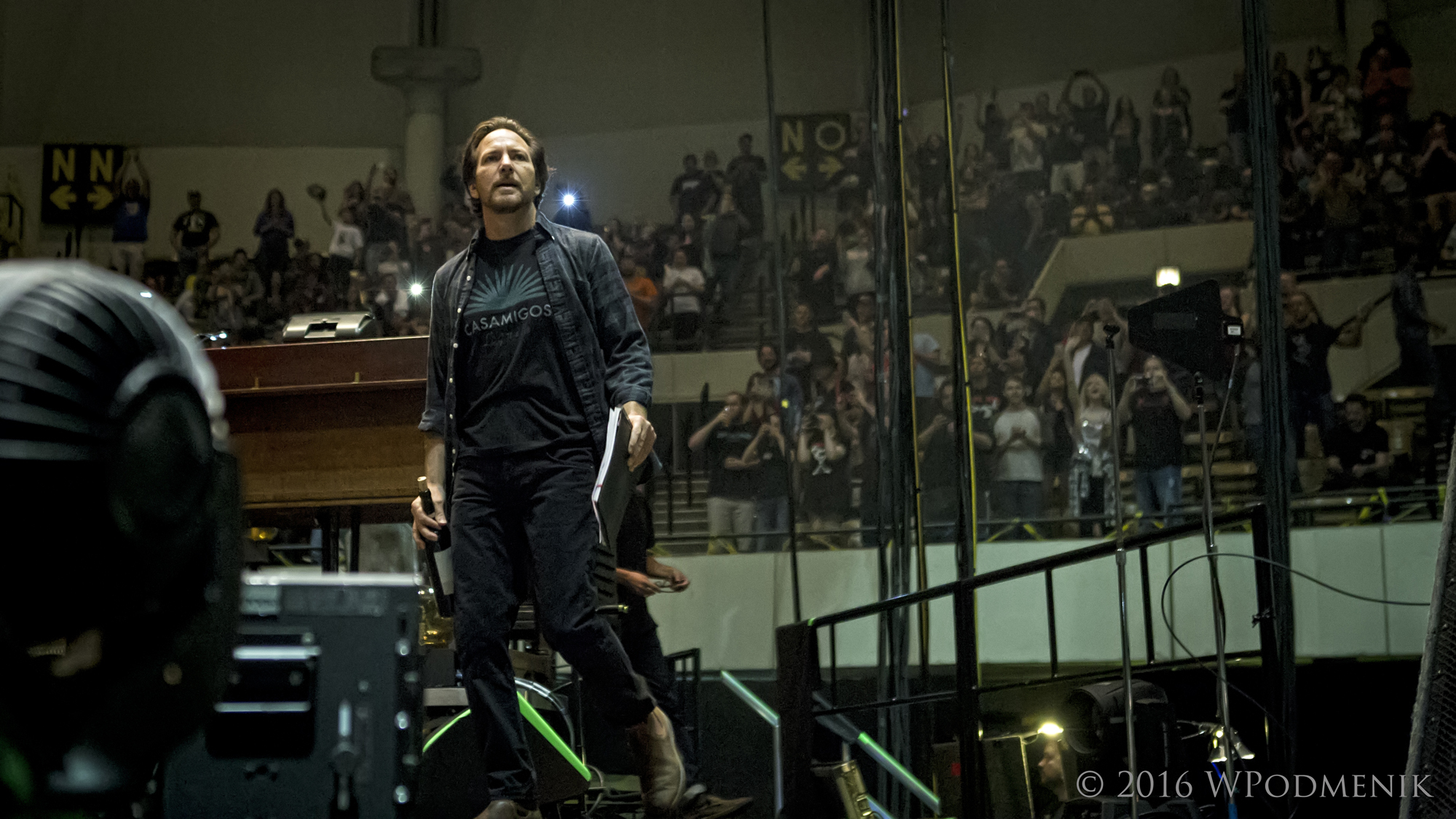 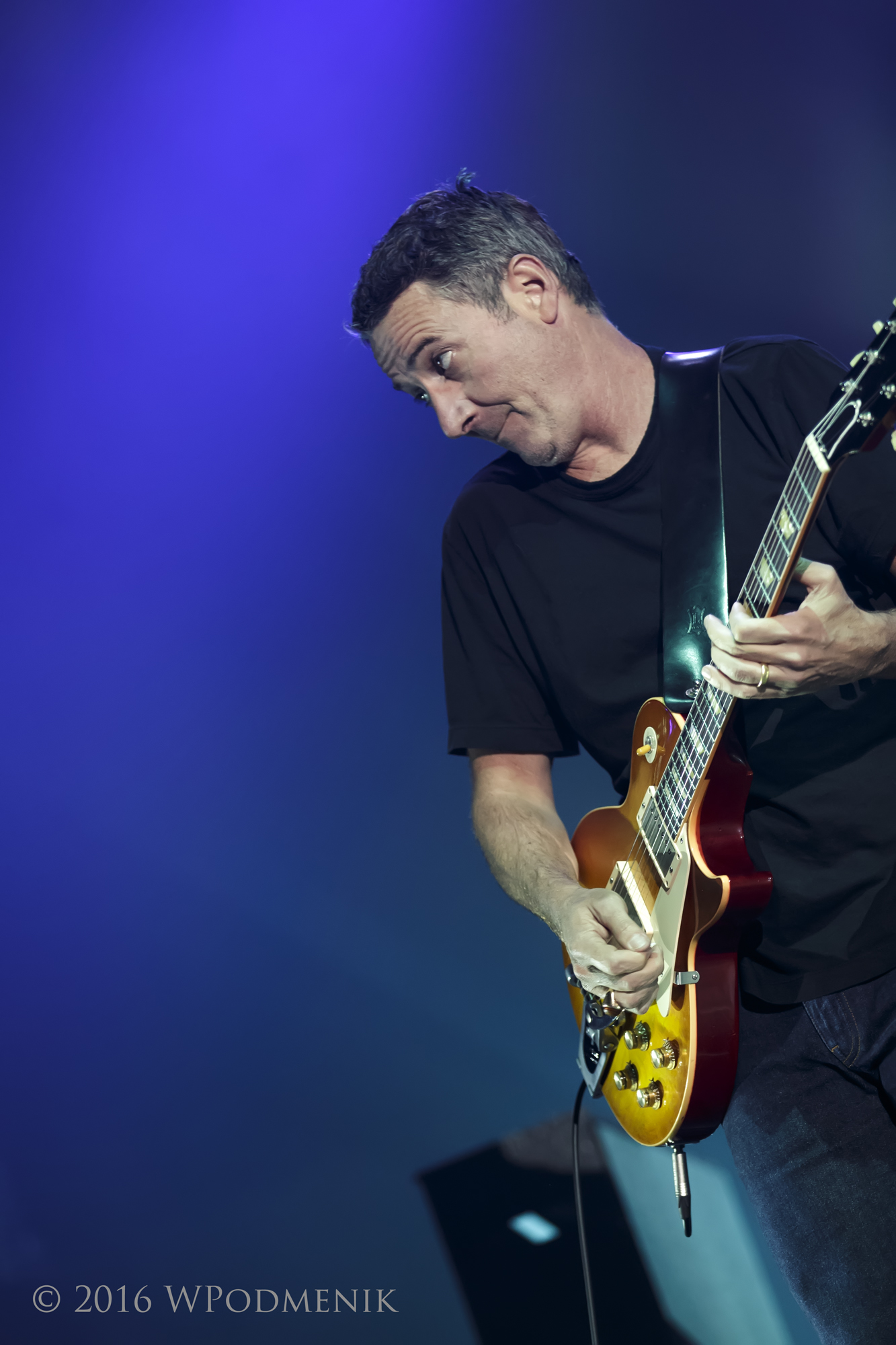 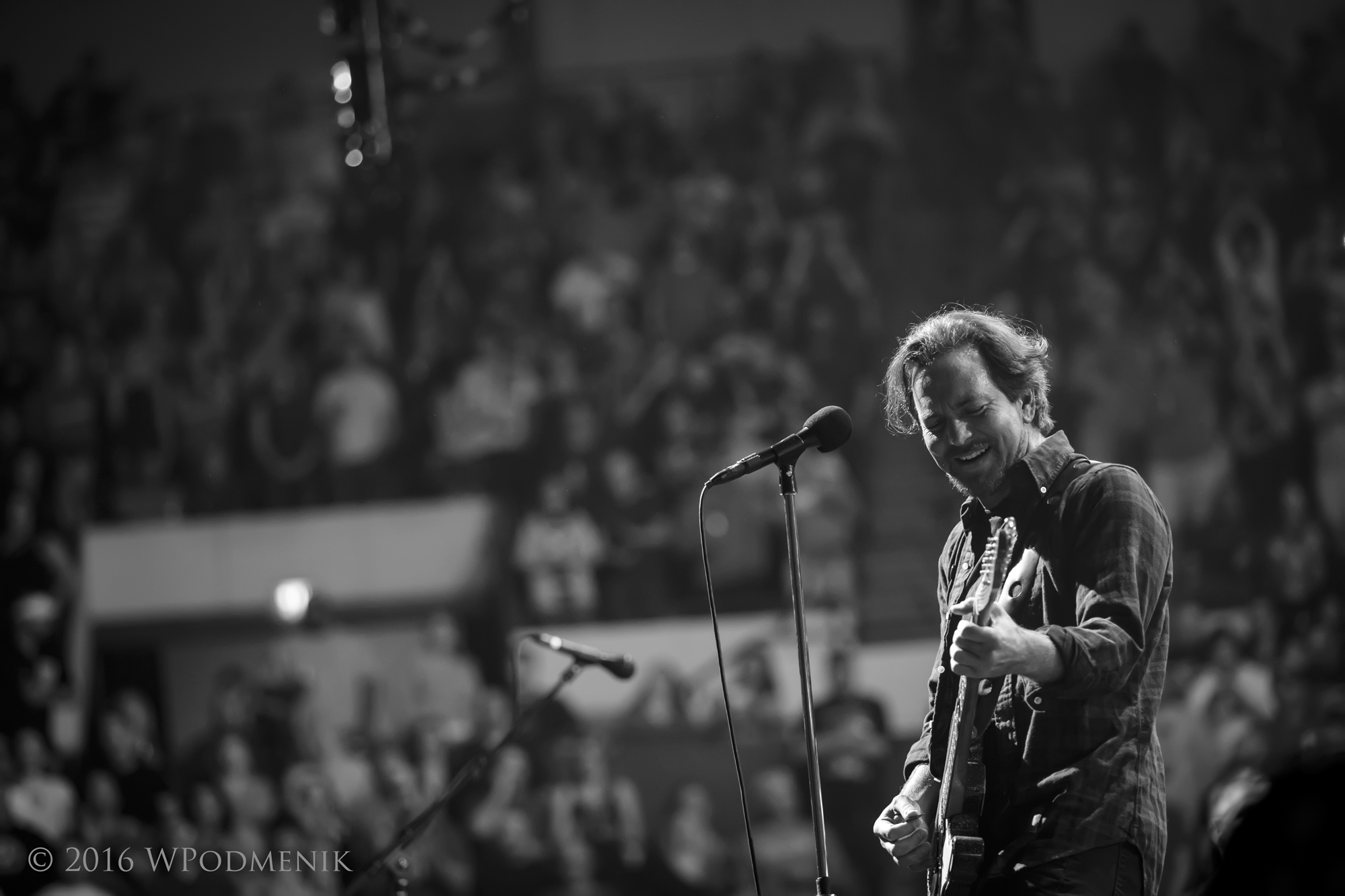 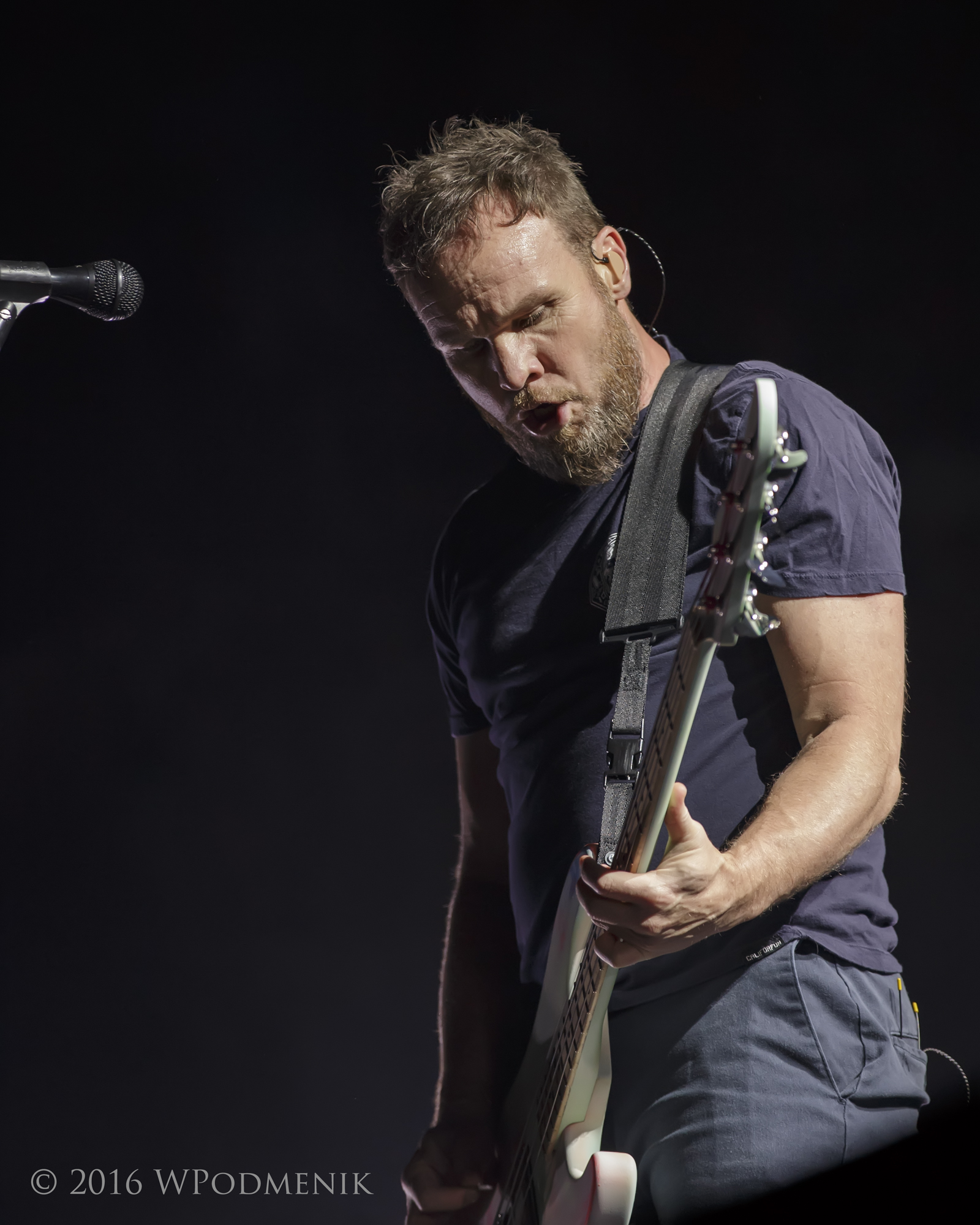 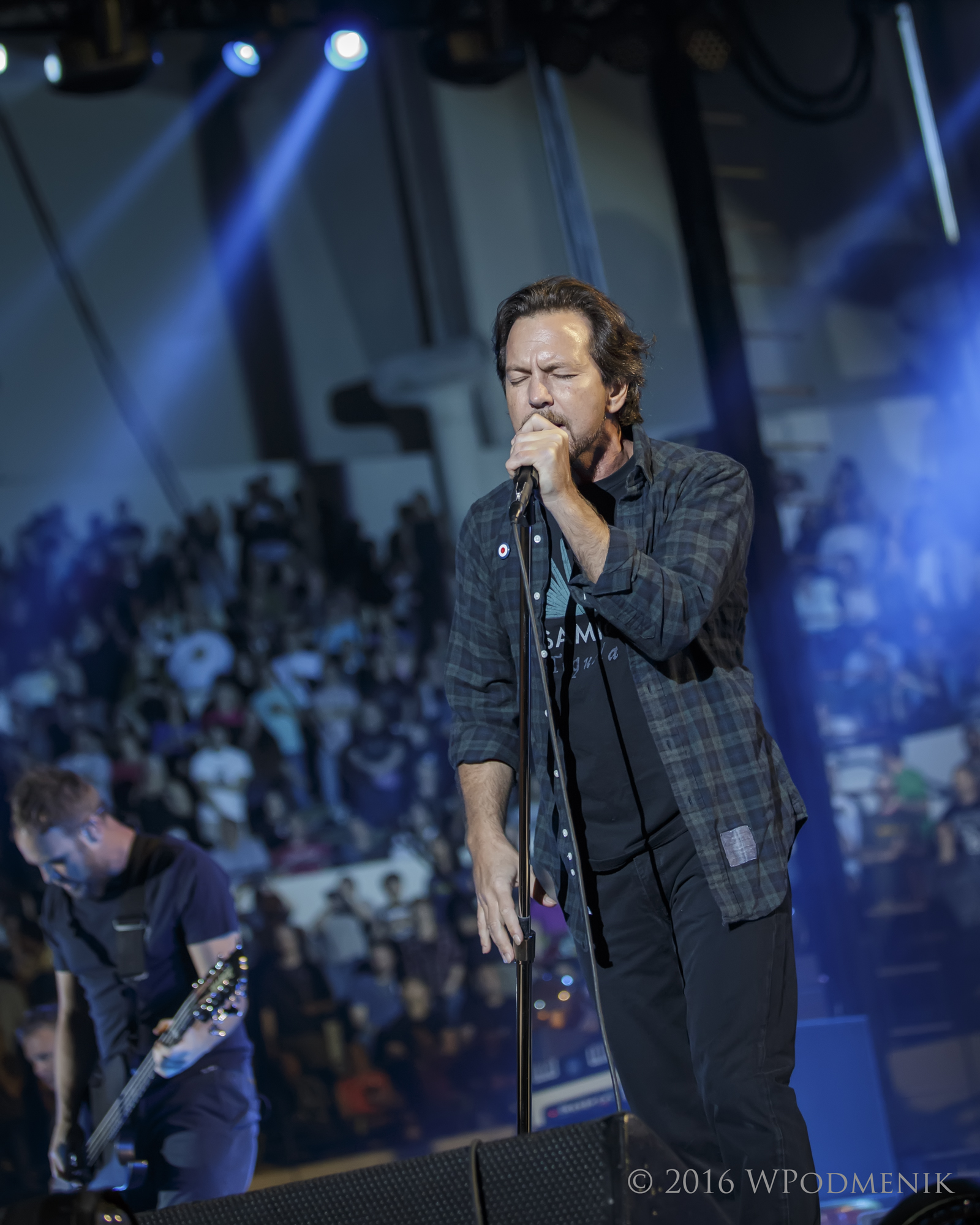 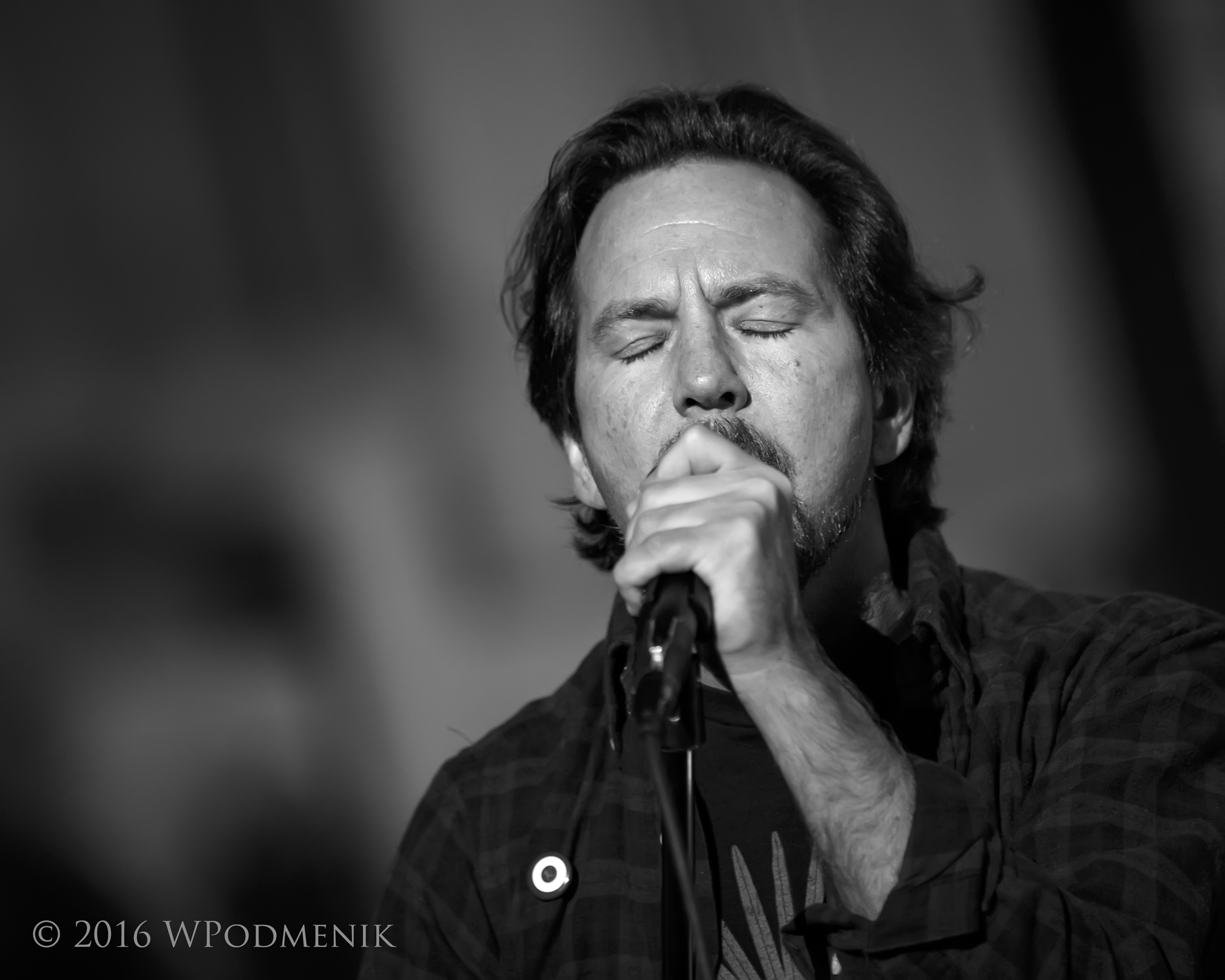 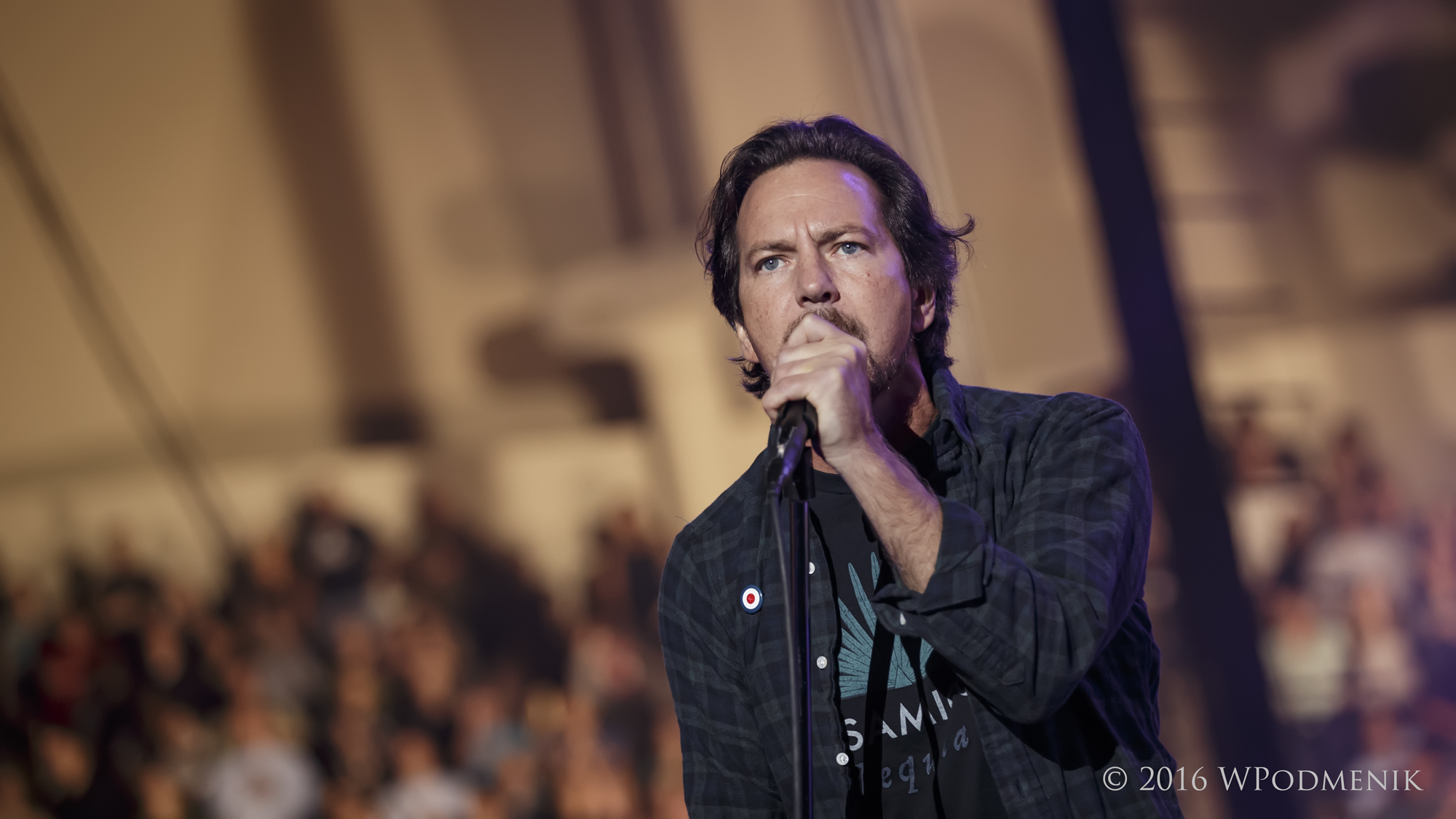 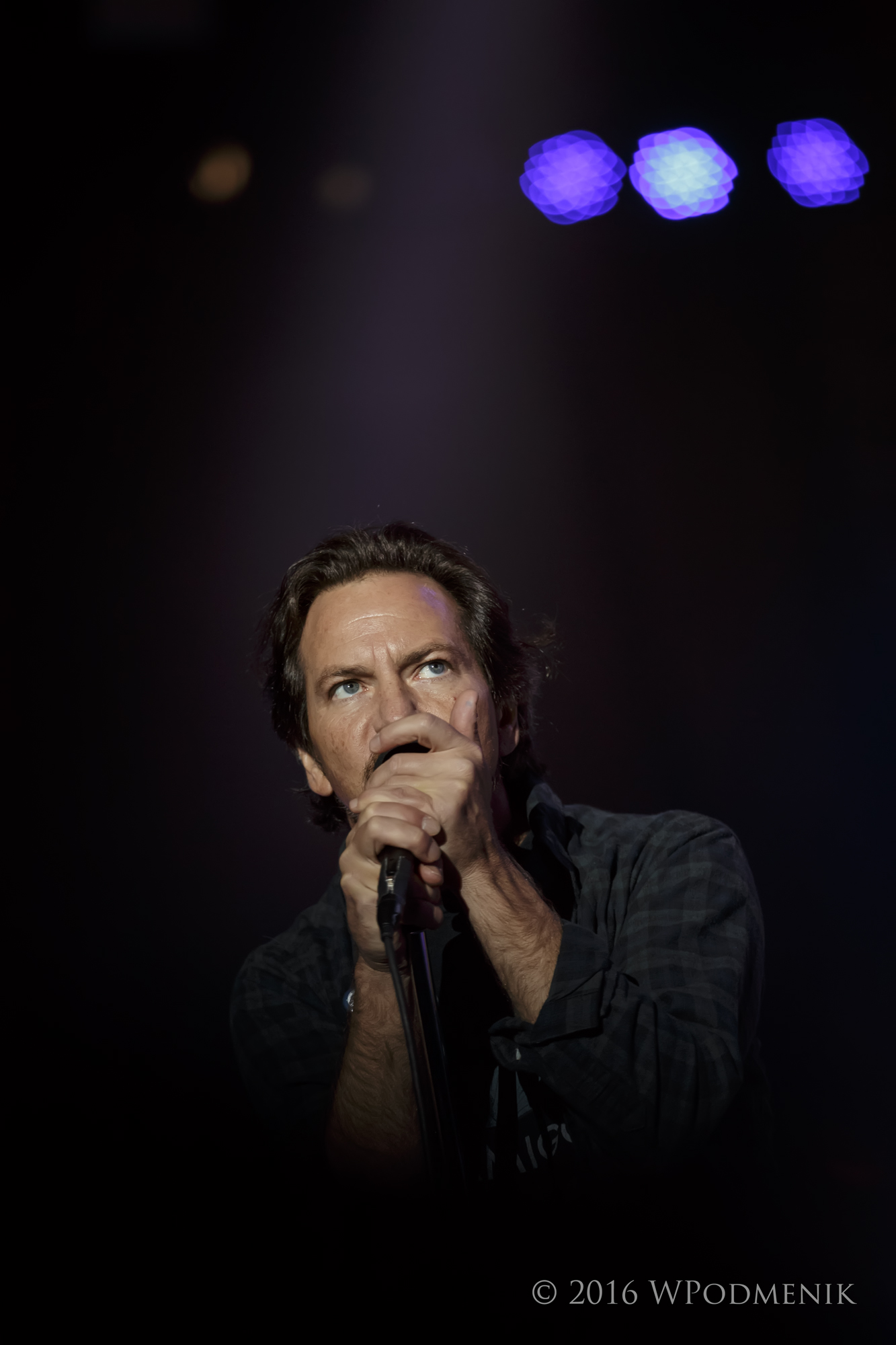 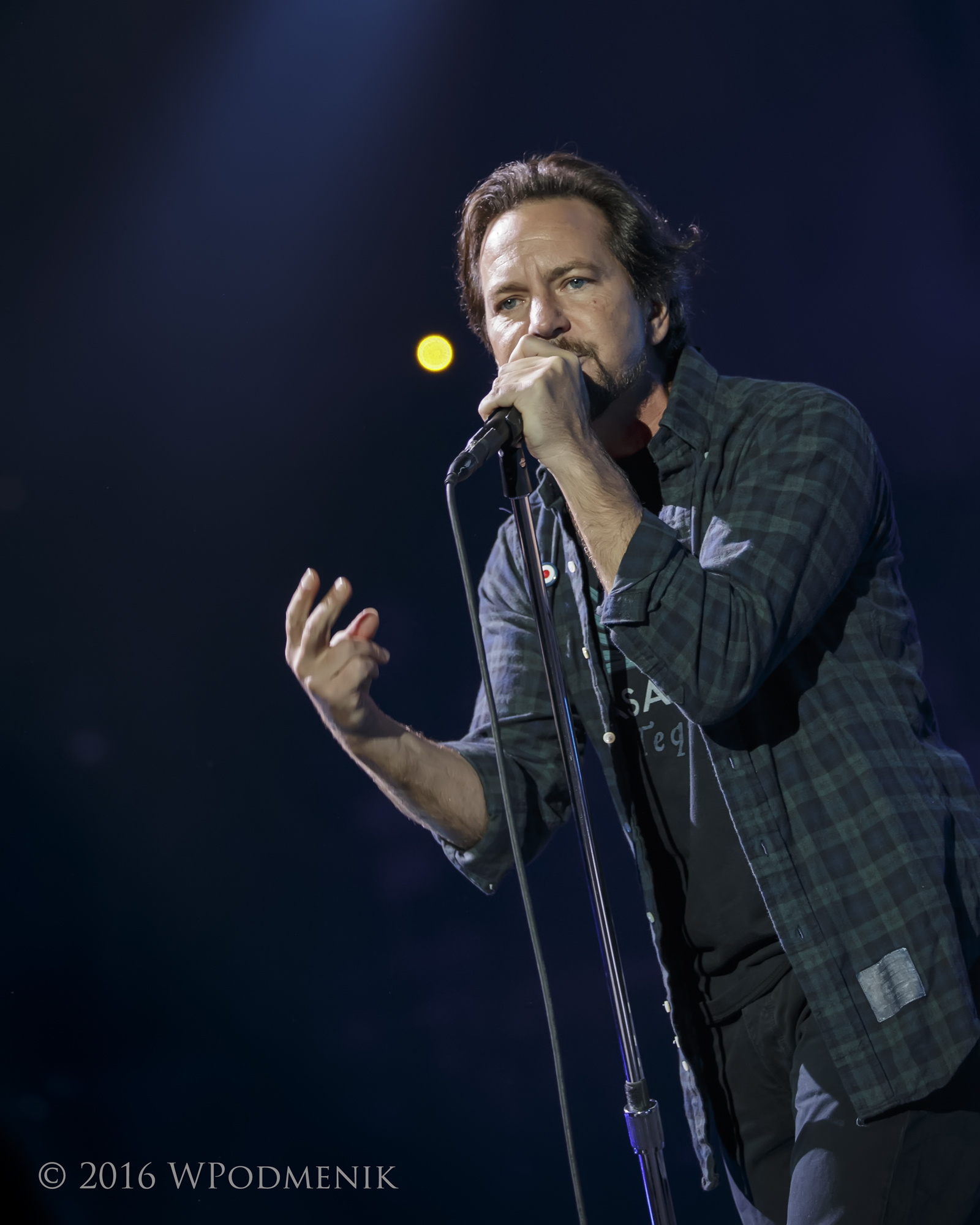