Article and Photos by: Tamara Silber

Eleven Local bands from all across Florida came together at The County Line Saloon in Melbourne, Florida for the 5th Annual Mayfest Festival hosted by Bo Dinkins, lead singer from Murderfly and Chris Marsh from Chris Marsh Productions. Chris and 98.9 Jacksonville radio host, welcomed guests for a great night of supporting local metal music and announced the first band, Queen Dementia to start off the show. 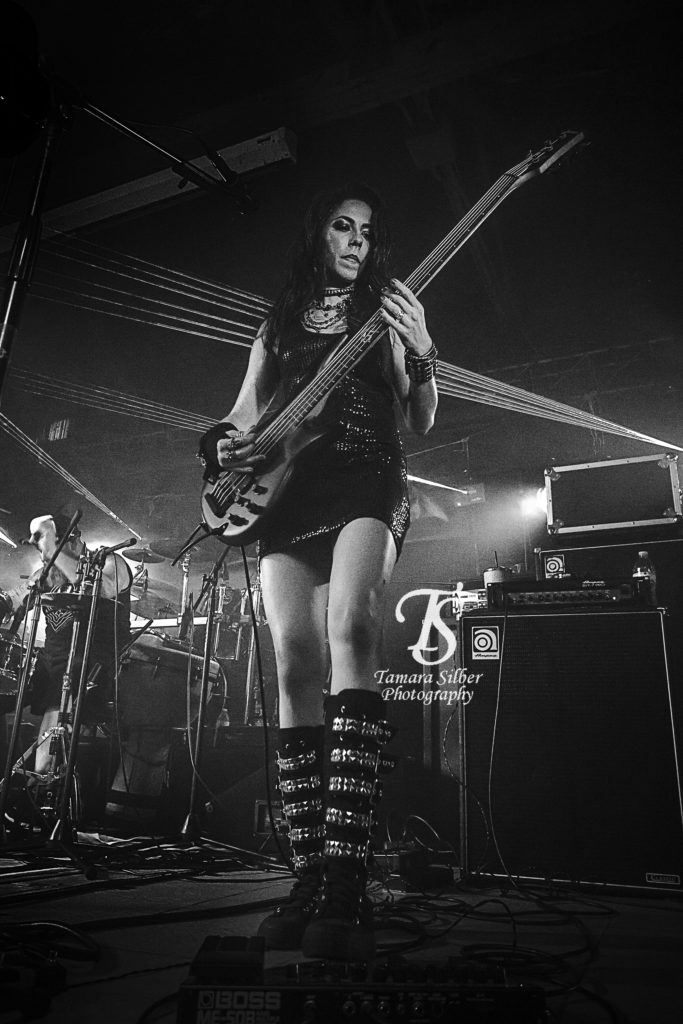 Female fronted band Queen Dementia opened up the show. With her beautiful melodic voice, lead singer, Queen Lana, got the attention of the crowd. This trio got the show started on a great note. Although there were some technical difficulties at the start, Queen Dementia kept their performance going strong. 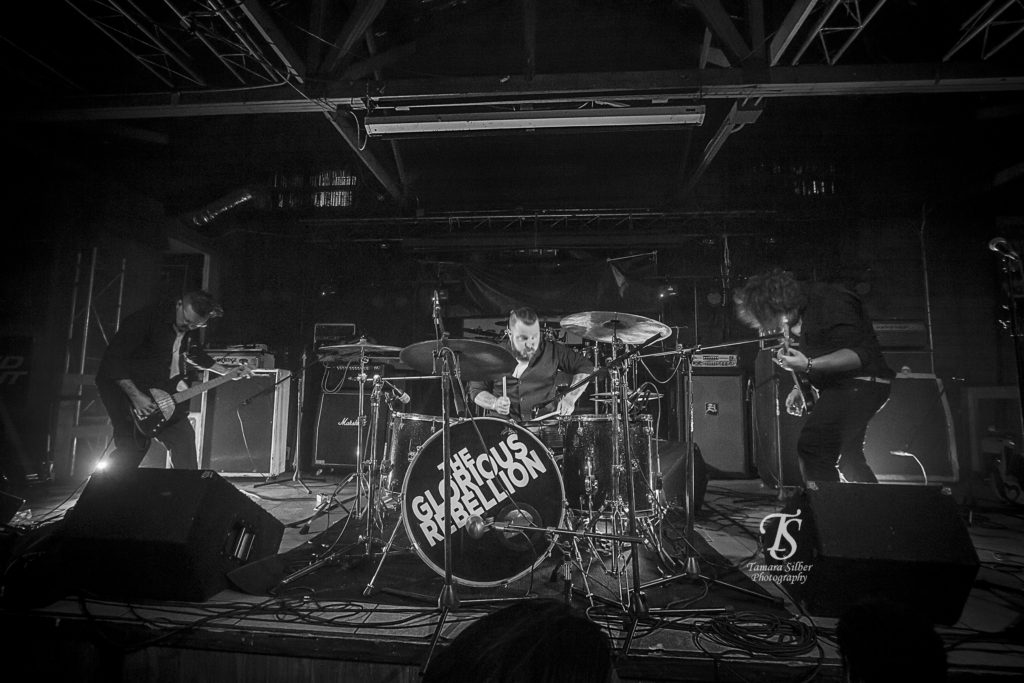 The three piece band, The Glorious Rebellion from Orlando brought the noise-rock feel to the venue. The band set up the stage in their unique way by having the drummer front and center. This allowed the audience to see the drummer performing more clearly and gave a different feel to the show. 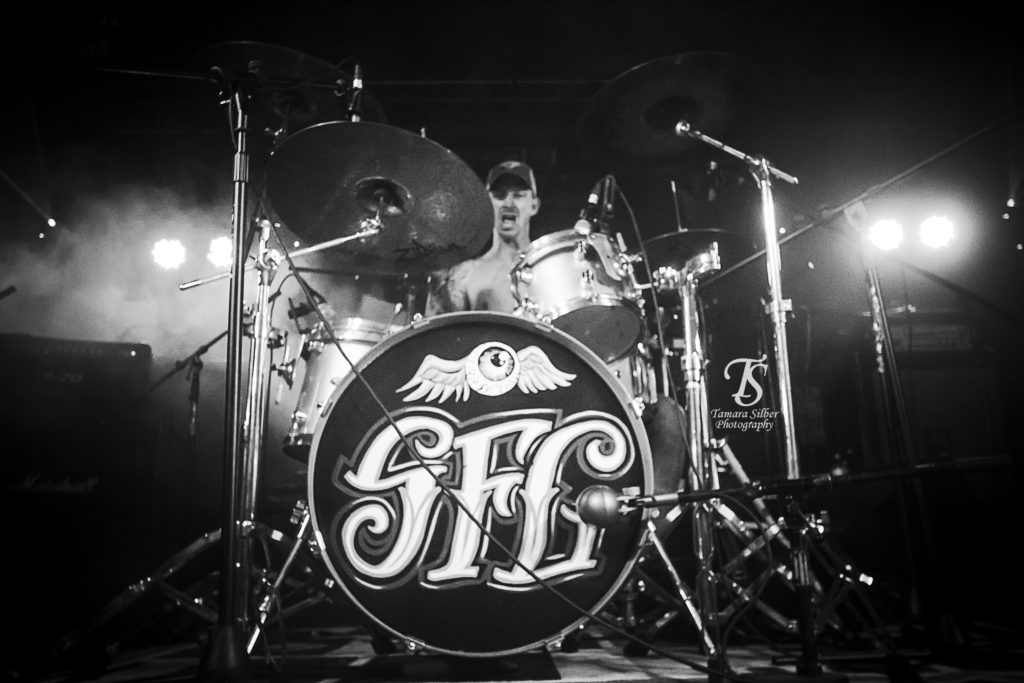 Southern Fried Genocide, the five piece local band from Melbourne performed next. They played the songs “Shadow,” “Reciprocal,” “Redemption,” along with some of their other songs. Before they played their last song, lead singer, Steven reaches out to the audience and asks “are you all taking care of each other? Are you taking care of yourselves?” that lead into their song. Great powerful words that got the crowd engaged in the moment and the meaning of their music. 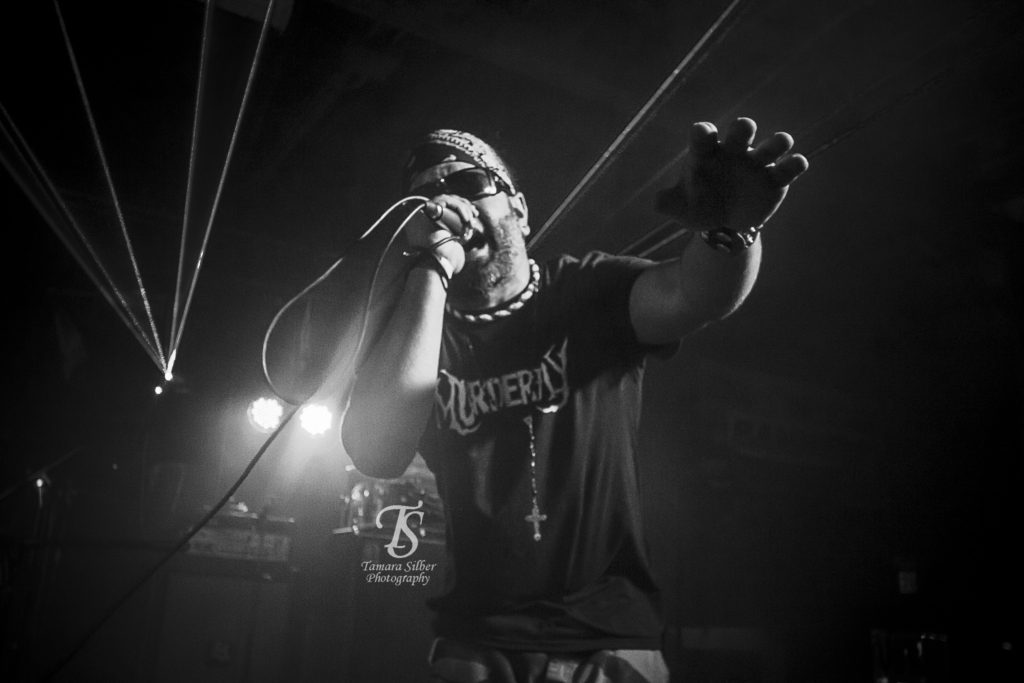 Tampa based band, Clenchfist took the stage playing songs like “Spiritual Warfare.” Giving their fans, called Fist Mob, a great performance, the band put their all into the set. Lead singer, Steven Bruno got down on his knees and went out to the crowd for their last song. Ending their set, Bruno literally sings the last note and drops the microphone.

Burning Fair Verona, also from Tampa, were up next. This was their fourth time performing in this annual Mayest concert. They recently released their new EP album named “Omniscient” and performed some songs from the album. Lead singer, Anthony Marra said “we’re going to play an oldie, but goodie” and proceeded to play “Moth To Flame.” During this song, Marra stepped onto the barricade and gave the microphone to singer and friend, Austin Robinson in the crowd, who joined Marra in singing the verse of the song. 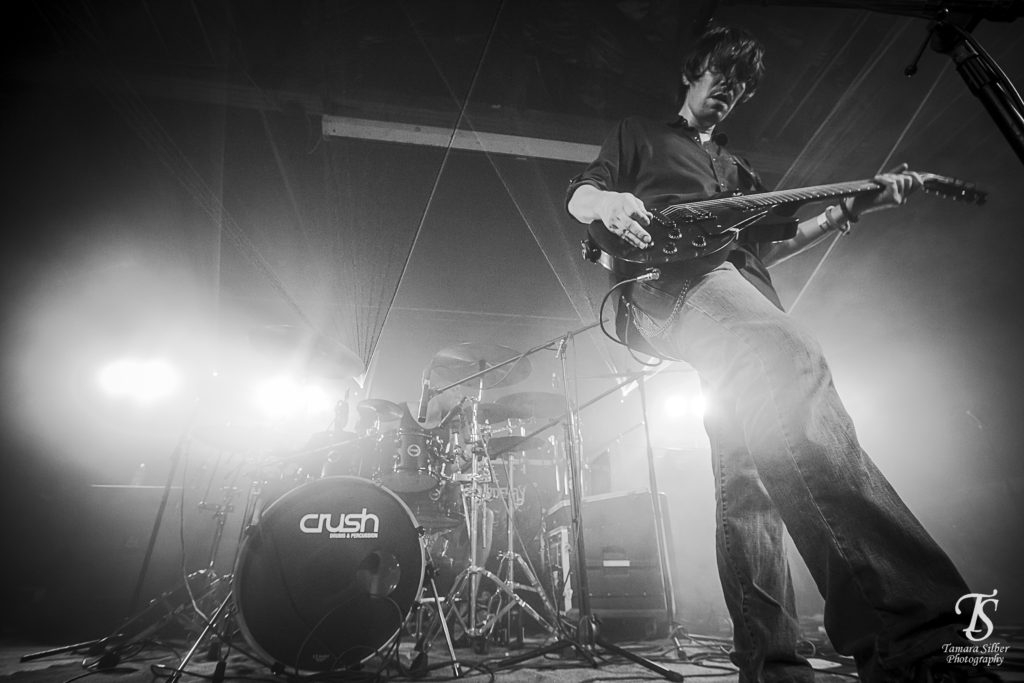 Orlando rock band, Traverser, next. Playing some songs from their album “Redshift,” including “Nettlebirds,” “The Turing Machine,” and “Varicose.” Lead singer, David Medairos interacted with the crowd throughout the performance. There was a lot of head-banging throughout this set! 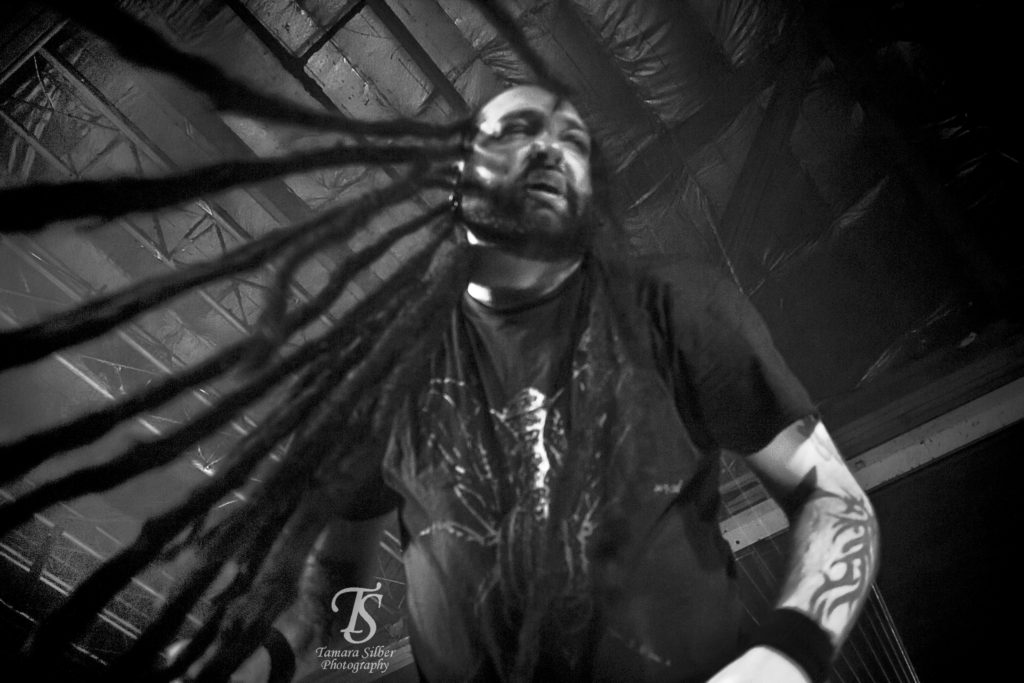 Show hosts, Murderfly got on stage and played their hardcore metal songs “Twist The Knife,” “The Red Takes Over,” and their new song, “Another Needle” along with many more. Kevin Ruffo joins the band, on the drums to play their final songs. During the performance of their last song “BMF,” guitarist, Beyond jumped out into the crowd and crowd surfed! It was exciting to see the band members get really into the music alongside their fans. 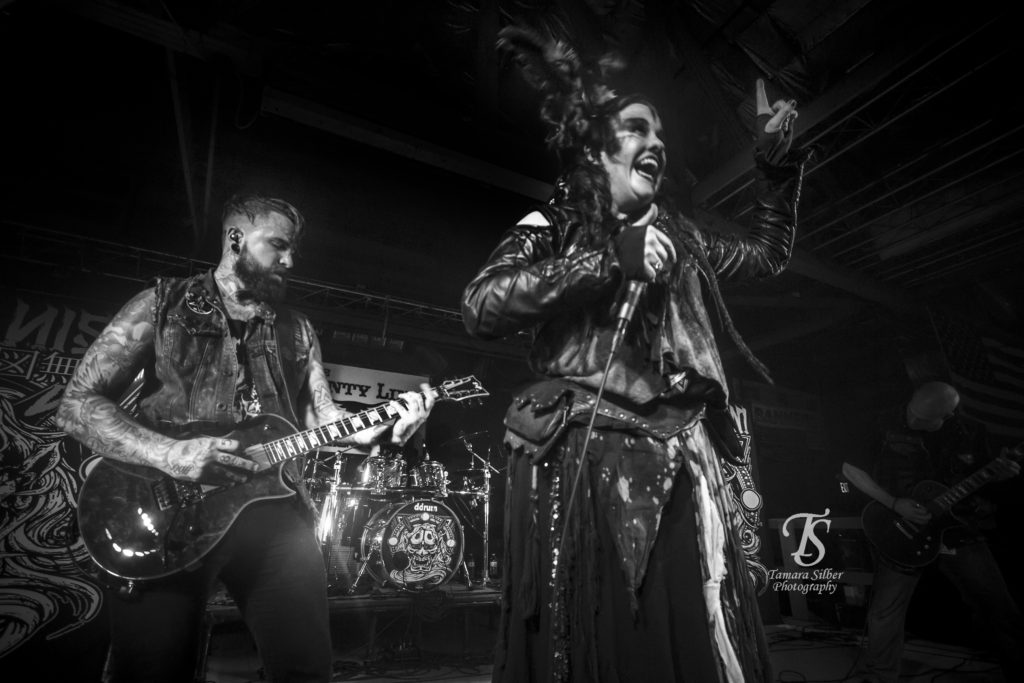 Orlando’s metal/operatic band, MekaNism performed songs which included “From Out of Nowhere” and “Mekamorphosis,” which got the crowd hyped for their set. Ms. Meka, with her melodious sound and great enthusiasm, was so engaged and energized throughout the performance. The rest of the band was bursting with the same energy and truly put on a memorable show. Wrapping up their set, drummer, Jeremy Mansfield gave out his drum sticks to the crowd and guitarist, Bobby Keller threw some band shirts as well, thanking the crowd and introducing the next performance.

This show took place the day of Armed Forces Day, so the bands took the time to honor our troops. Bobby Keller (guitarist from MekaNism) and Collin Morrison (guitarist from Breathing Theory) played the Star Spangled Banner on their guitars. The crowd placed their hand on their heart and sang the words altogether. 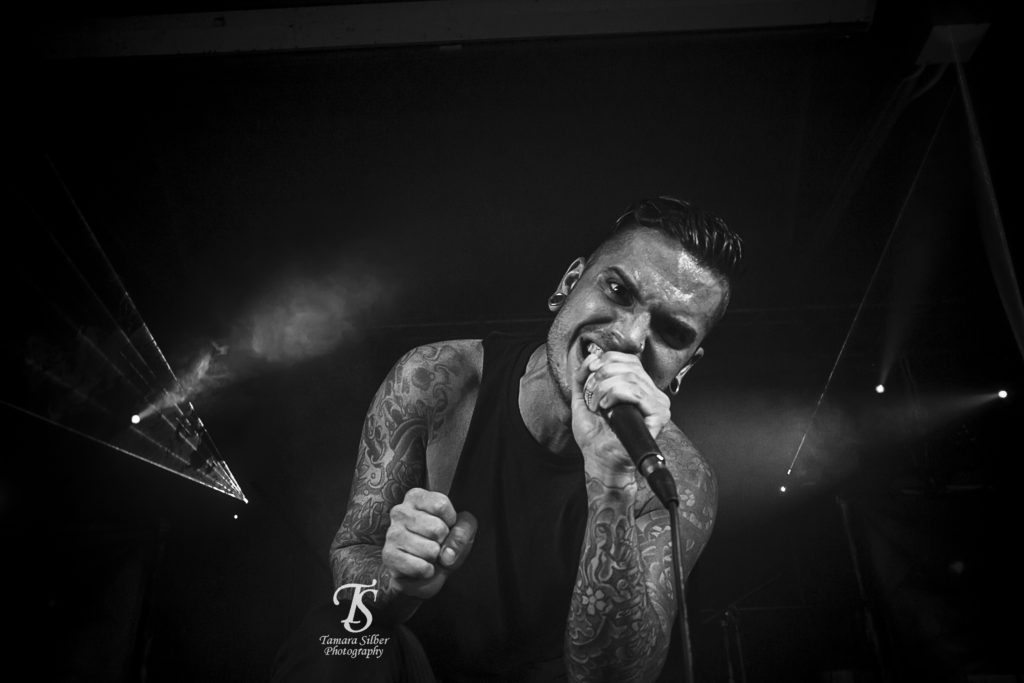 Breaking Theory from Orlando was next on the stage. The band started off the set with a bang. They all started jumping and head-banging to their original songs which included “Parasite” and “Fireflies.” When they performed “Fireflies,” David Marfitt joined them on stage to sing alongside lead singer, Cory Britt. It was a great addition to the performance.

Last but certainly not least, Twisted Minds headlined the show. Starting their set very late, at almost two in the morning, this cover band still rocked out and gave a great show.

The Fifth Annual Mayfest concert was a great event for the Florida metal scene. These bands traveled all over Florida to make it to this concert and they all truly put on an amazing show altogether. 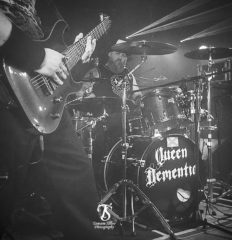 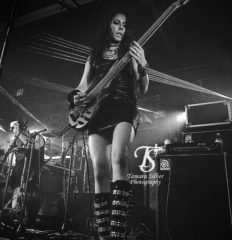 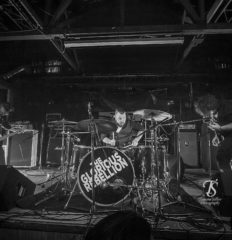 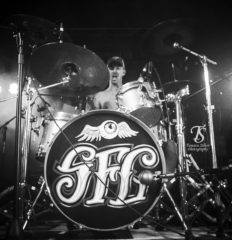 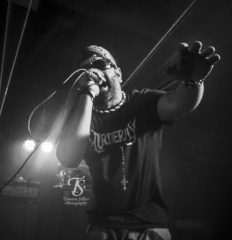 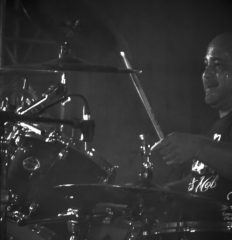 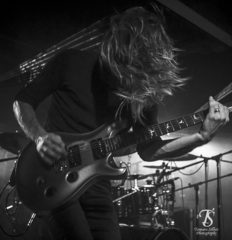 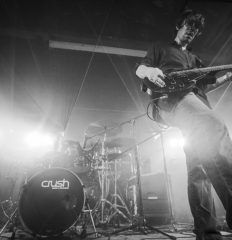 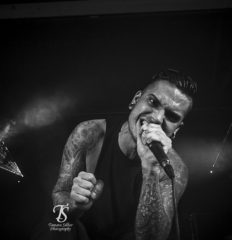 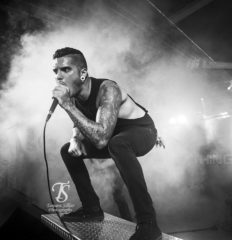 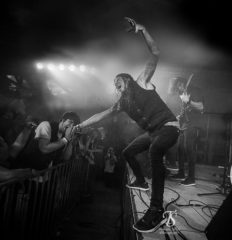 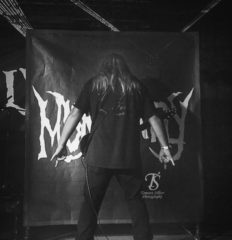 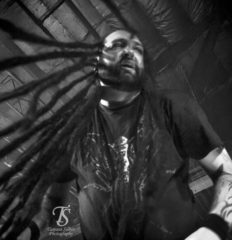 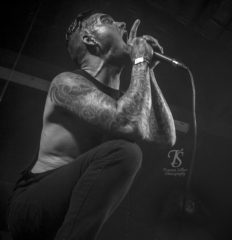 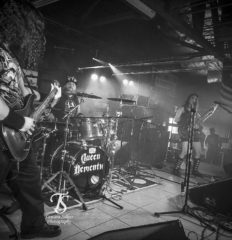 Tamara Silber
Born and raised in Puerto Rico and now living in Florida, Tamara Silber is a Miami and Orlando based music and portrait photographer, studying at the University of Central Florida. She is passionate about photography and music and since she is an avid concert goer, decided to combine her two passions into one! http://www.TamaraSilberPhotography.com http://www.instagram.com/TamaraSilberPhotography www.twitter.com/TamSilberPhoto
http://www.tamarasilberphotography.com