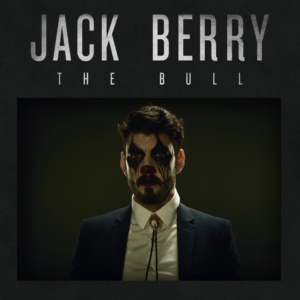 Nashville based Blues/Alt-Rock artist Jack Berry recently released his second album, Mean Machine. Jack Berry combines alternative rock with blues influences to create an album of music totally unlike your average song on the radio. This album features very prominent guitar riffs that fans of artists such as Jack White or Royal Blood will definitely find themselves enjoying.

The album pulls the listener right in with the two opening tracks, “King Of Diamonds” and “Human World.” The fast and upbeat rhythms of the songs definitely do a job well done of getting the listener pumped up for more. Jack Berry’s gritty, yet passionate vocals and energetic guitar riffs go back and forth throughout his tracks, making sure that whoever is listening won’t get bored of what they are hearing. Some songs on the album, such as “Coal,” are more alt-rock based than blues, showing heavy influences from Jack White and possibly The Black Keys. An earlier released single, and one of the highlights of the album, “The Bull,” utilizes Jack Berry’s vocals to the max. His passion can be felt as he screams about his soul during the chorus. The album closes off with “Heavy Hopes,” a very powerful track resembling a classic rock song with blues influences.

Jack Berry definitely did an amazing job of mixing Alternative Rock and Blues together and hopefully this could be the start of an Alt-Rock/Blues takeover. If you’re looking for an album that you won’t get bored of anytime soon and could find yourself listening to over and over again, this is the album.