After playing ACL and Stubb’s Jr. in 2015, and several times at SXSW 2016, BØRNS has really made a name for himself in Austin. The gig was originally supposed to be held at Scoot Inn, which has a cap of about 1,000. By popular demand it was moved to Stubb’s, which has a capacity almost twice that size—and it sold out. Garrett Borns pairs his anomalous yet angelic voice with dreamy synth-pop music, making it extremely hard to turn off. His unique style, cool attitude, and killer hair only add to the entire aesthetic that is BØRNS. 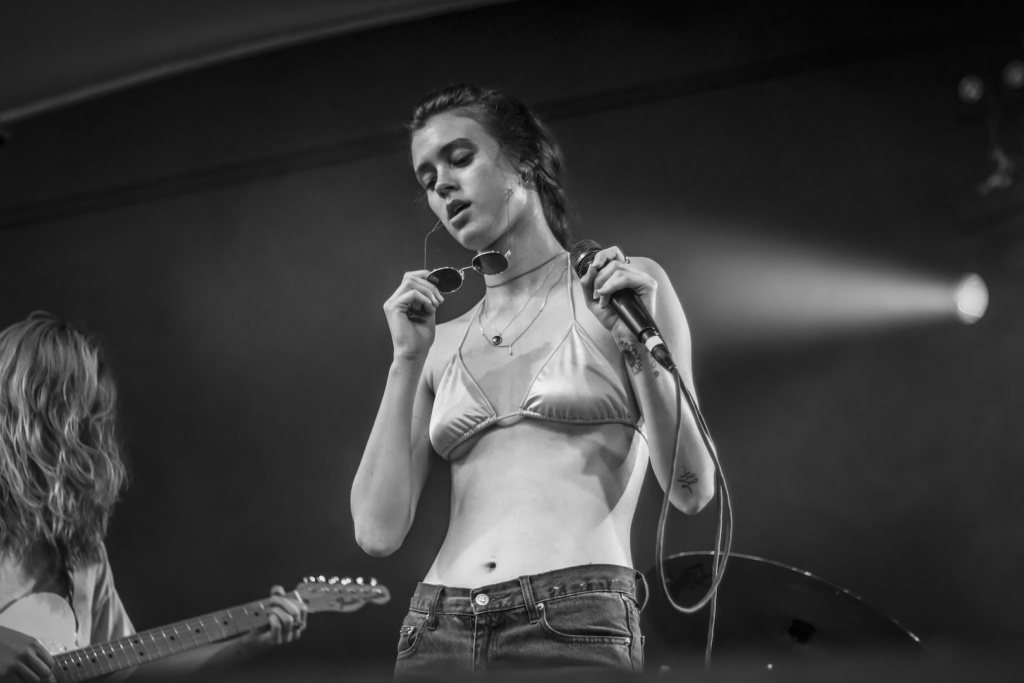 The night started off with Beau, a female flowery-rock duo straight out of NYC—and they made sure everyone knew that. Frontwoman Heather Golden possesses vocal styles that channel Lana Del Rey and Gwen Stefani, while lead guitarist Emma Rose (how do they both have such beautiful names?) brings the melody together. The two have been good friends since they were just kids, which explains the onstage chemistry. Beau’s sound was perfect for the outdoor venue, and it was clear that even they knew they sounded great. The cool, dreamy performance was a perfect way to get the audience ready for the night ahead. Their debut album, That Thing Reality, was released in March of this year and is available on iTunes. 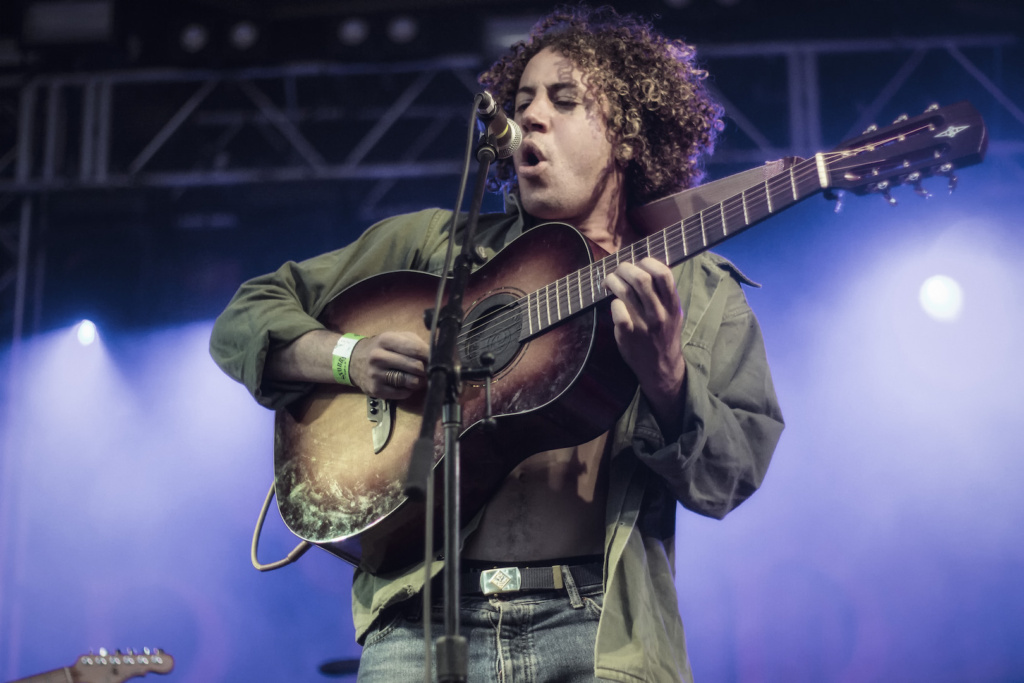 Folk-pop act Lewis Del Mar is made up of Danny Miller and Max Harwood, also from New York. You’ve probably heard their single “Loud(y)” somewhere by now—and if you haven’t, you should. Their goal is to sound like an acoustic act that’s either on LSD or was produced by Kanye, or both. And they’re nailing it. The crowd gave them their full attention, and a couple of people even had larger-than-life cardboard cutouts of Miller’s head. The duo has a very “summertime” sound which was extremely fitting for the hot South Texas evening, particularly at a venue connected to a BBQ restaurant. 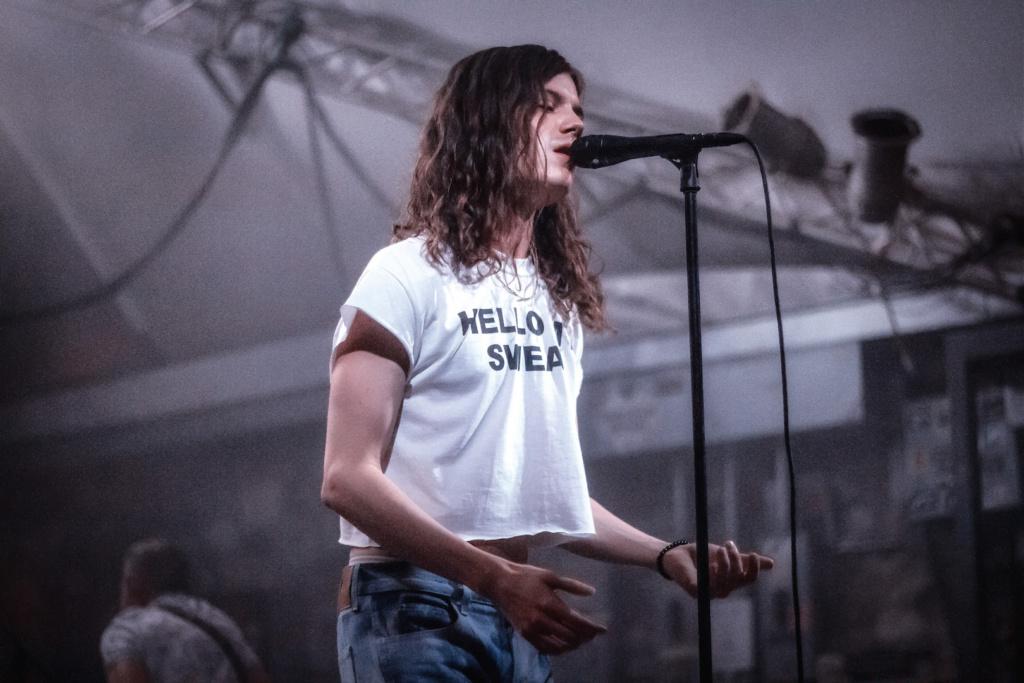 Finally, the moment everyone (well, maybe except the LDM fans with cardboard cutouts) had been waiting for: BØRNS took the stage sporting his usual wardrobe, a crop top and jeans, and started the set with “Seeing Stars.” From the die-hard screaming front row fans, all the way to the crowd near the bar, everyone sang. It was almost incredible how many fans knew every word to every song. BØRNS currently only has one studio album, Dopamine, which was released in October of last year, as well as the 2012 EP A Dream Between. Garrett Borns’ aforementioned crop top (given to him by a fan) read “HELLO MY SWEAT,” which is his current pinned tweet on his Twitter account. This tweet, in fact, was posted upon his arrival at SXSW this year. It seemed that wearing this shirt was kind of a head nod at dedicated fans and millennials who keep up with his social media. Speaking of social media, there was even a BØRNS snapchat filter available for those who attended the show. The setlist included every single track off of Dopamine, and then some. BØRNS played very powerfully in Austin, and closed with the hit “Electric Love.” For the encore they performed two covers: “Rebellion (Lies)” by Arcade Fire and “Heroes” by David Bowie. This performance was quite remarkable, so check out Dopamine (if you haven’t already) and get your tickets for BØRNS’ next show in your town.