NYC — In a darkened room commonly reserved for dance parties frequented by hipsters and NYU alumni, a rather different brand of artistry ruled this venue tonight.  Under a common flag of unique, sophisticated, and even exotic brand of heavy metal not commonly occurring in today’s climate of stripped-down localized acts, three bands towered at stratospheric levels of musical proficiency. They gazed upon a packed room of fans seeking not only to witness true musical finesse, but a unique cultural experience brought upon the metaphorical saddles of nomadic horsemen of the vastness of endless sky and land. 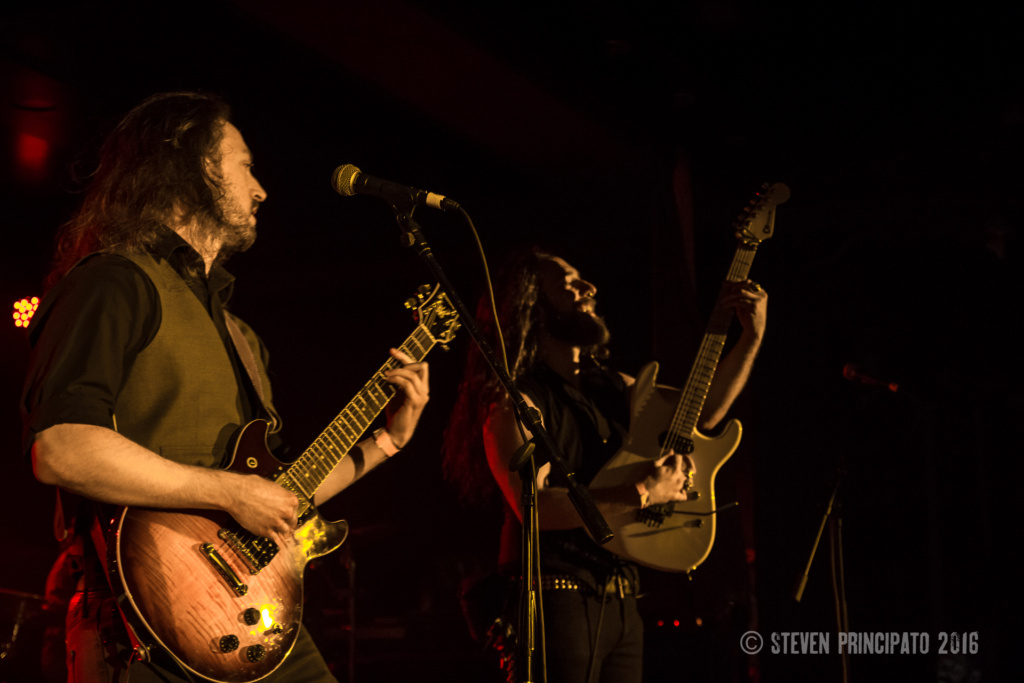 Stepping up to kick off this festival of accomplished musical abilities, Boston’s Wilderun took little time to school the rapidly expanding audience in a lesson of musical theory. Fusing with such a degree of surgical precision, free of any malpractice lawsuits, Wilderun effortlessly combined the raw brutality of extreme metal with the pinpoint note for note skills of progressive rock. Wilderun truly stands brightly illuminated among the the stripped down blackness of today’s metal. 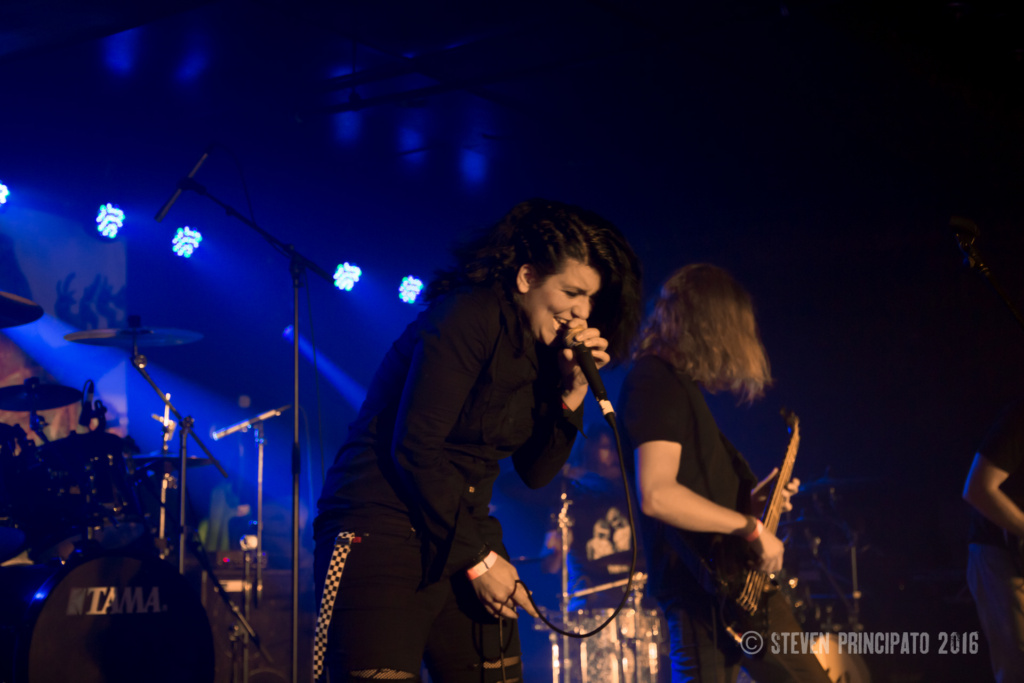 Hardly allowing themselves to be out prog-ed by the opener, Philadelphia’s Tungsten followed up with their own aggressive methods of metal fusion. Incorporating the warm tones of analog synths combined with ferocity and aggression of borderline grindcore blasts, Tungsten’s musicianship erased any doubts of anything but carefully staged and calculated chaos. Obscured in a vivid blue fog, the ravenesque silhouette of the mysterious and seductive songstress Titi Musick moved about the stage with a relentless vitality as she delivered herlyrical growls and screams, effortlessly rivaling the intensity of any extreme metal front-man. 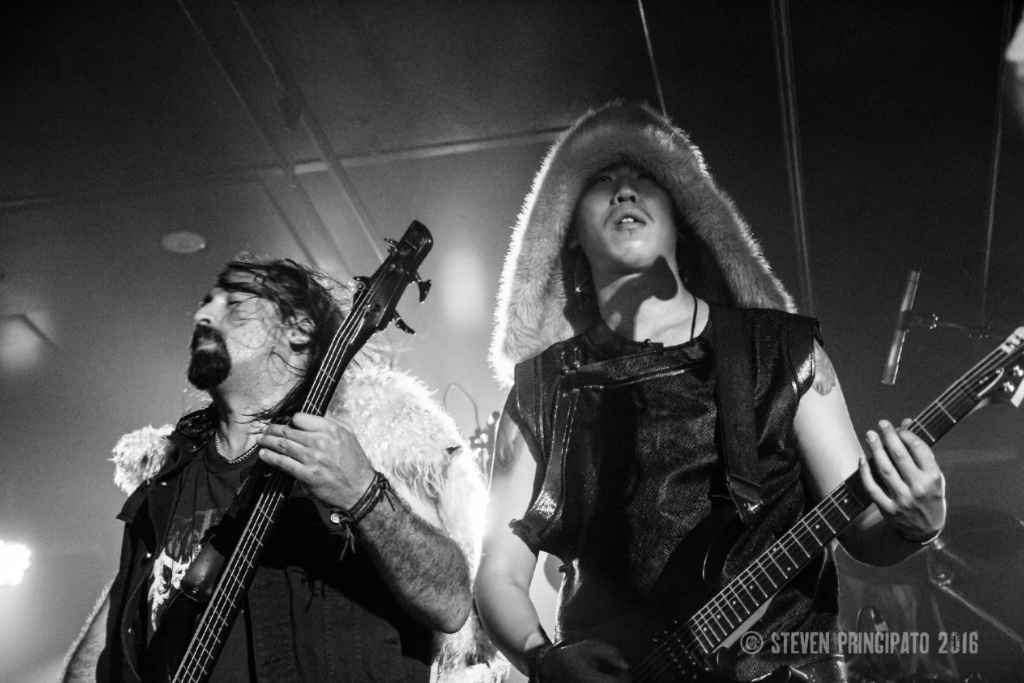 Headlining the show with an expected epic stage entrance, weapons and trophies proudly on display, Tengger Cavalry stood tall under the glare of blinding beams of atmospheric stage lights. Five horsemen fronted by lead warrior and guitarist, Nature Ganganbaigal, opened their set with a skillful display of traditional Mongolian throat singing, a dark resonant sound that can easily rival that the most formidable death metal growls. Draped in traditional nomadic apparel, combined truly unique melding of traditional folk instruments and throat singing with the hell-raising thunder of the  guitar-bass-drums configuration that is the backbone of western music at large. As the calvary’s relentless thunderous galloping rhythms conjured up images of a glorious golden horde charging across an endless steppe, this exotic union of metal and nomadic folk music no longer felt so experimental, but rather inevitable!

Following an extended tour (leaving a long smoldering trail of destruction in their wake), Tengger Cavalry proved once again that challenging the bounds of traditional metal and folk is a formula that may very well challenge the angry sky gods that gaze down upon us all. 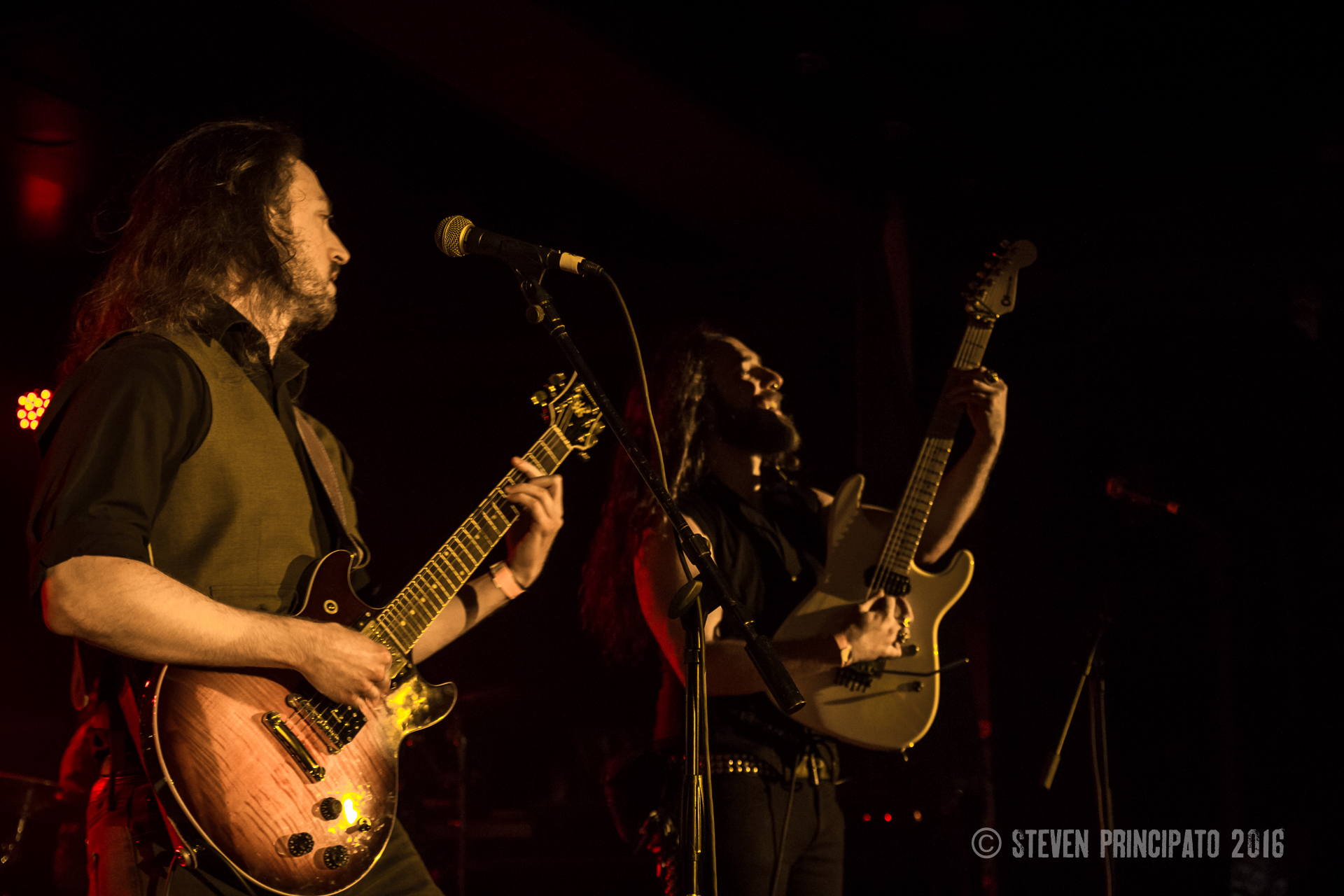 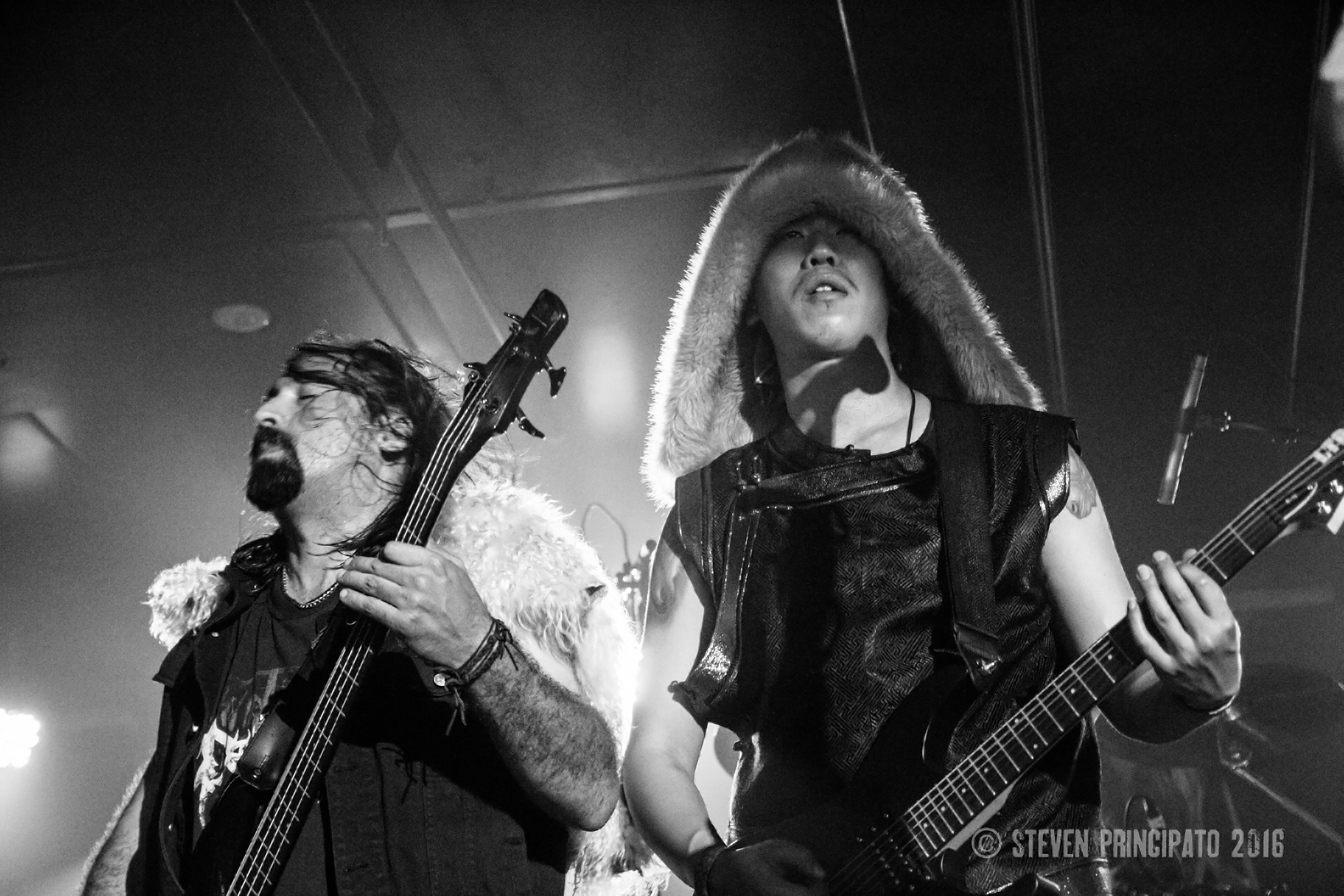 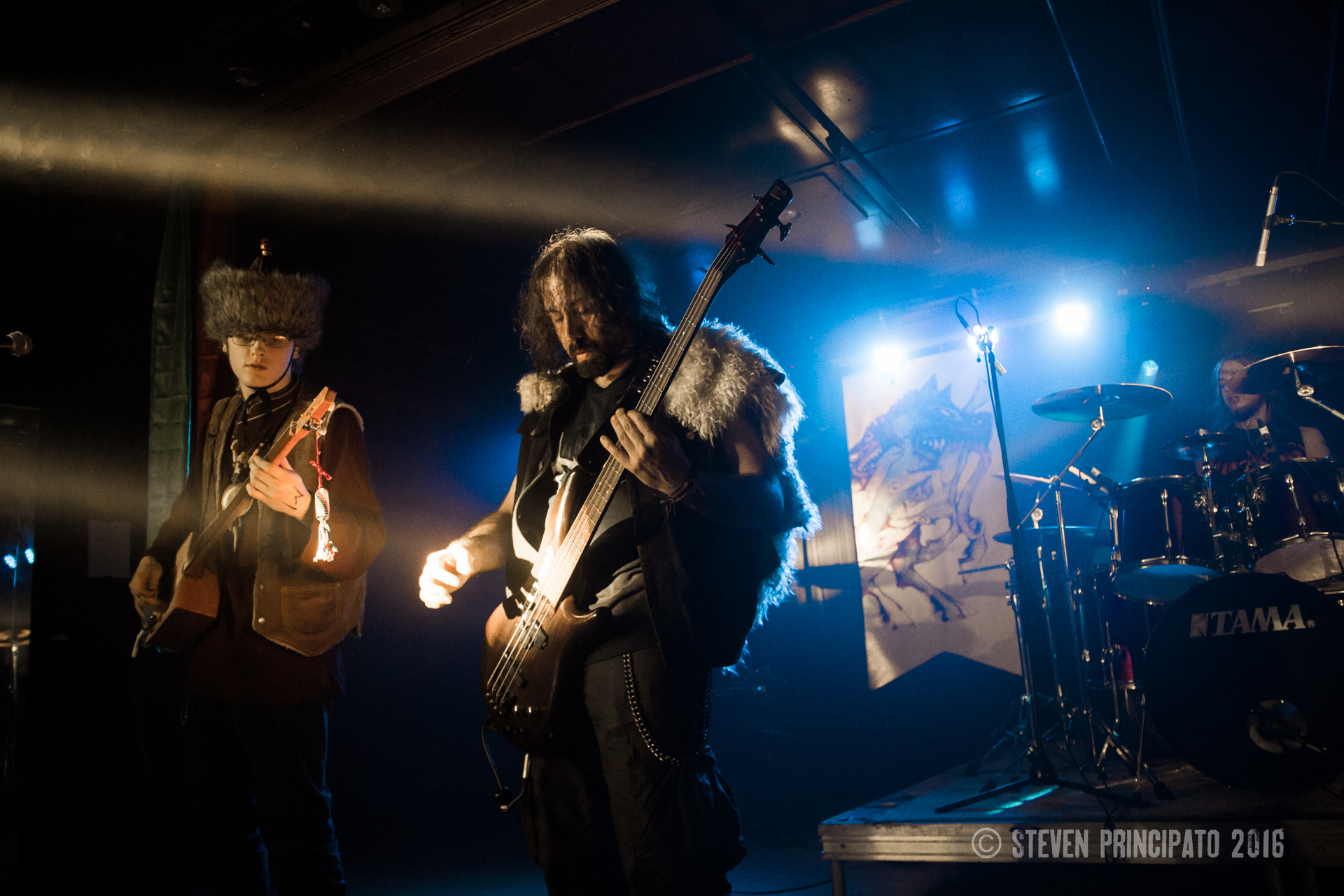 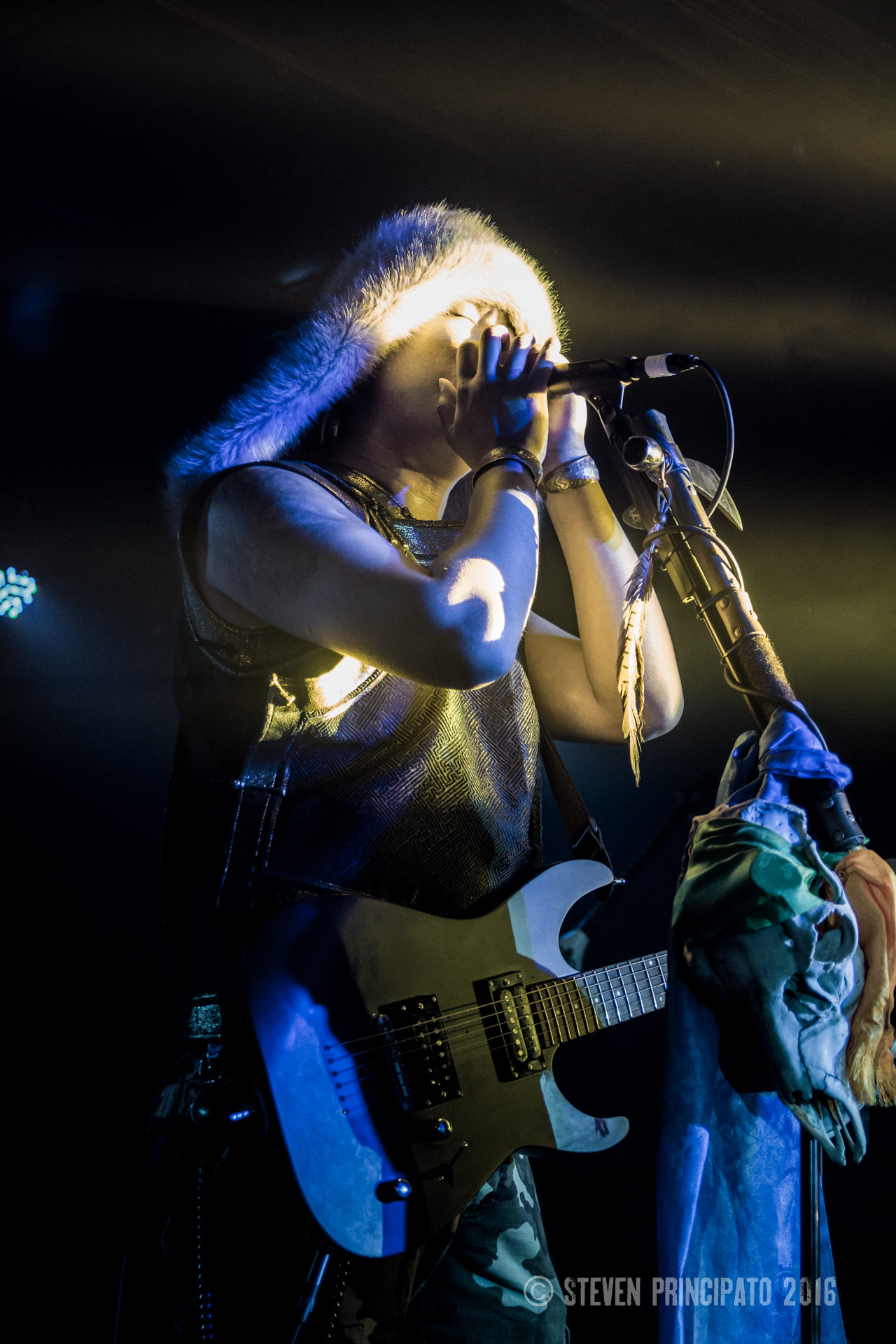 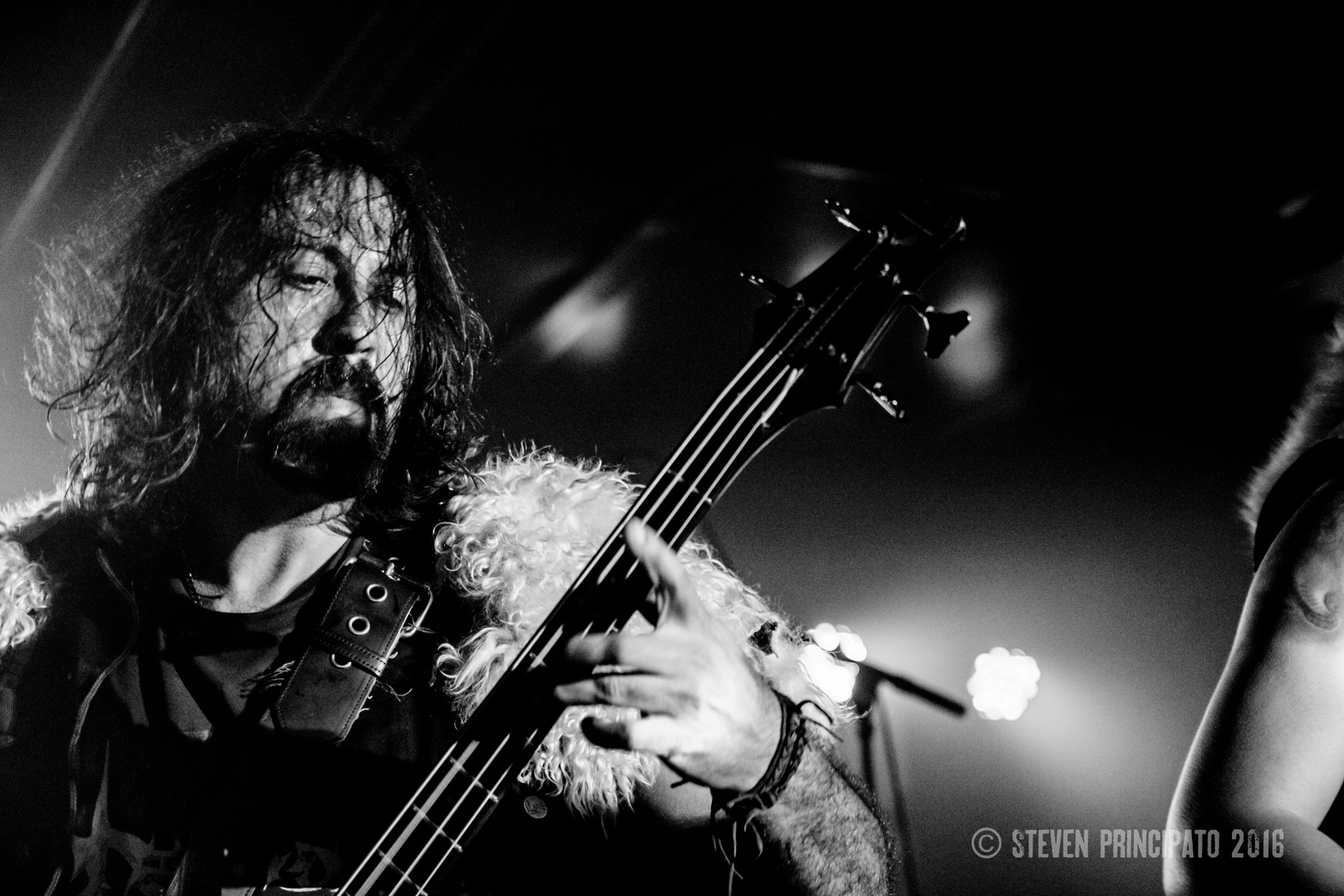 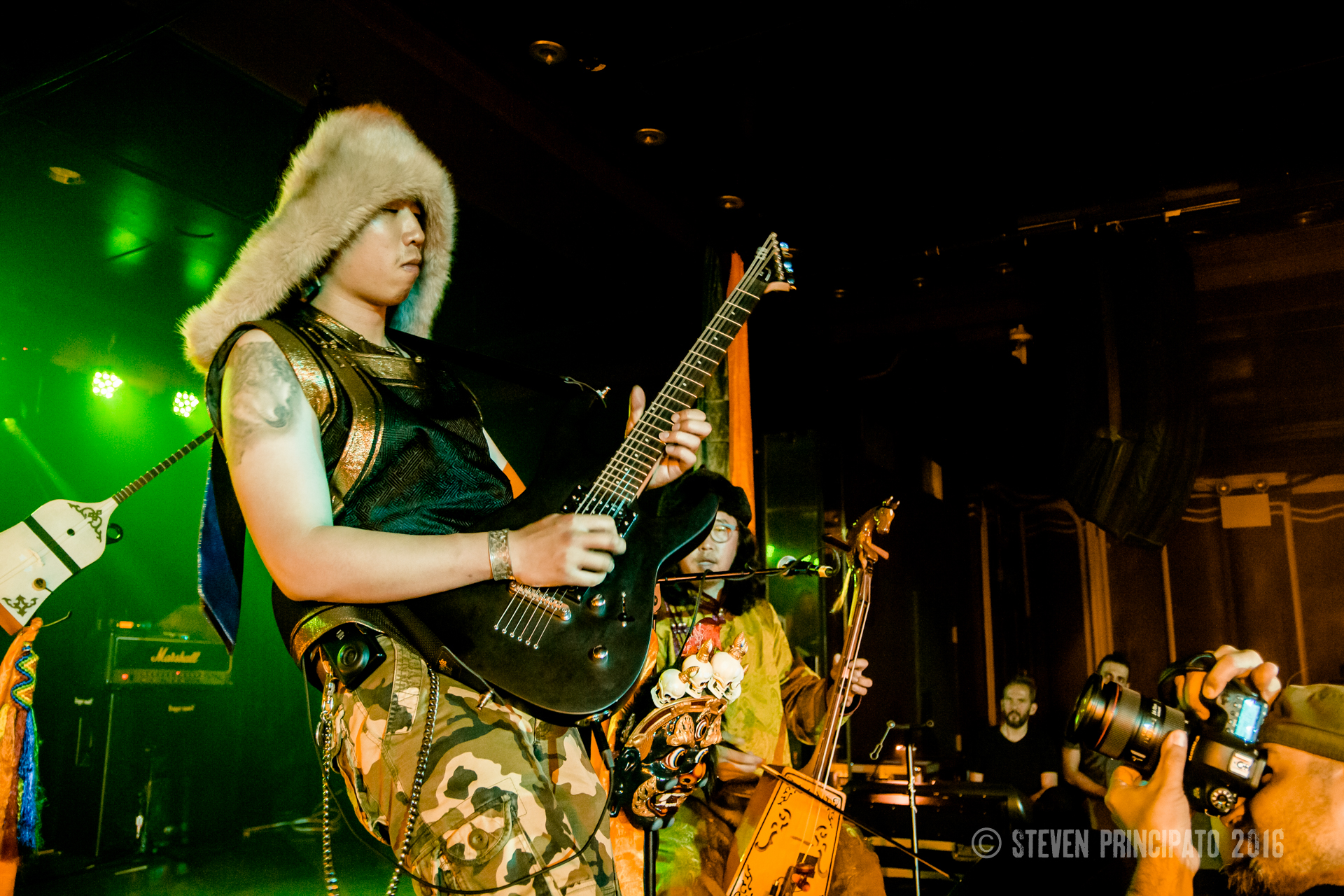 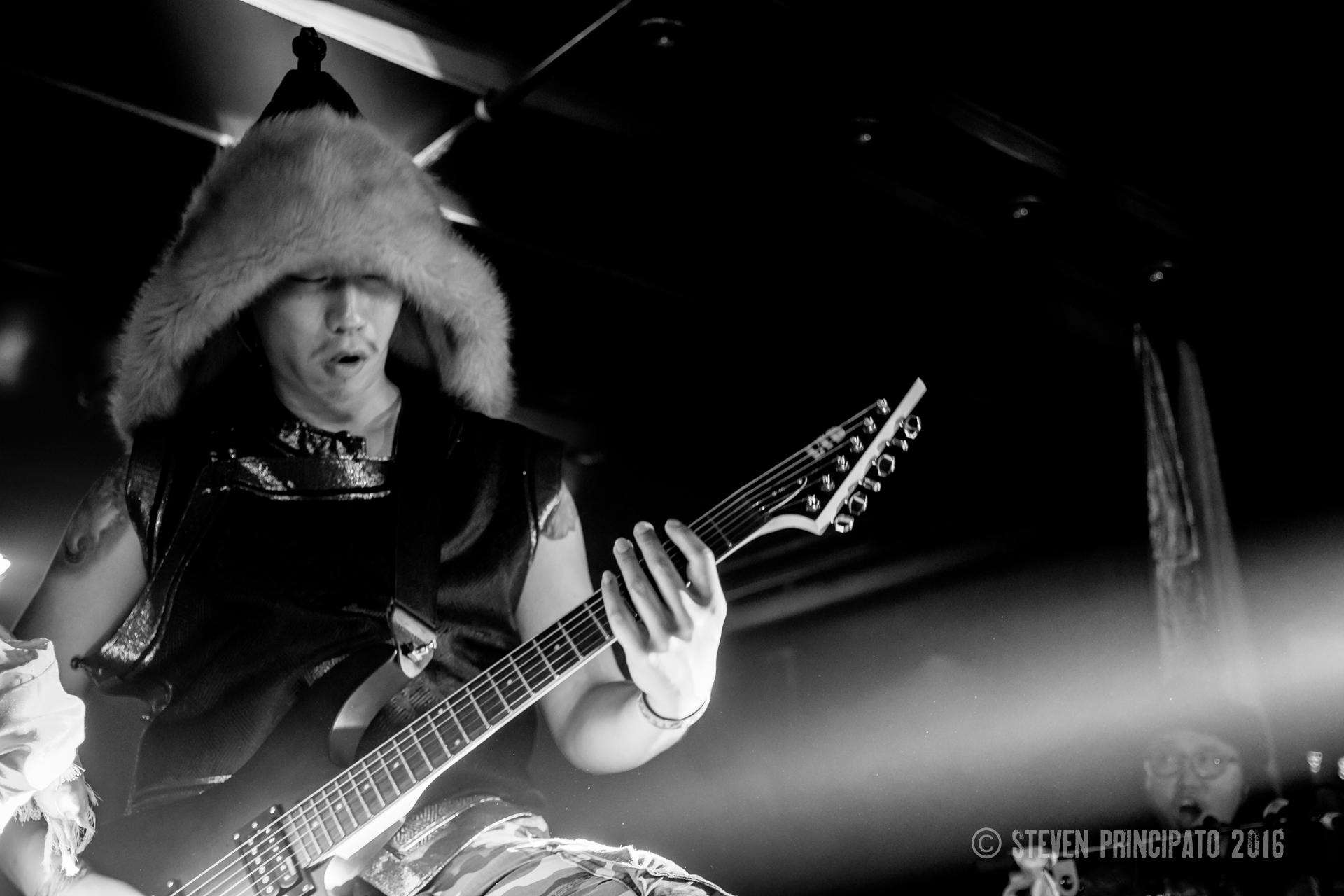 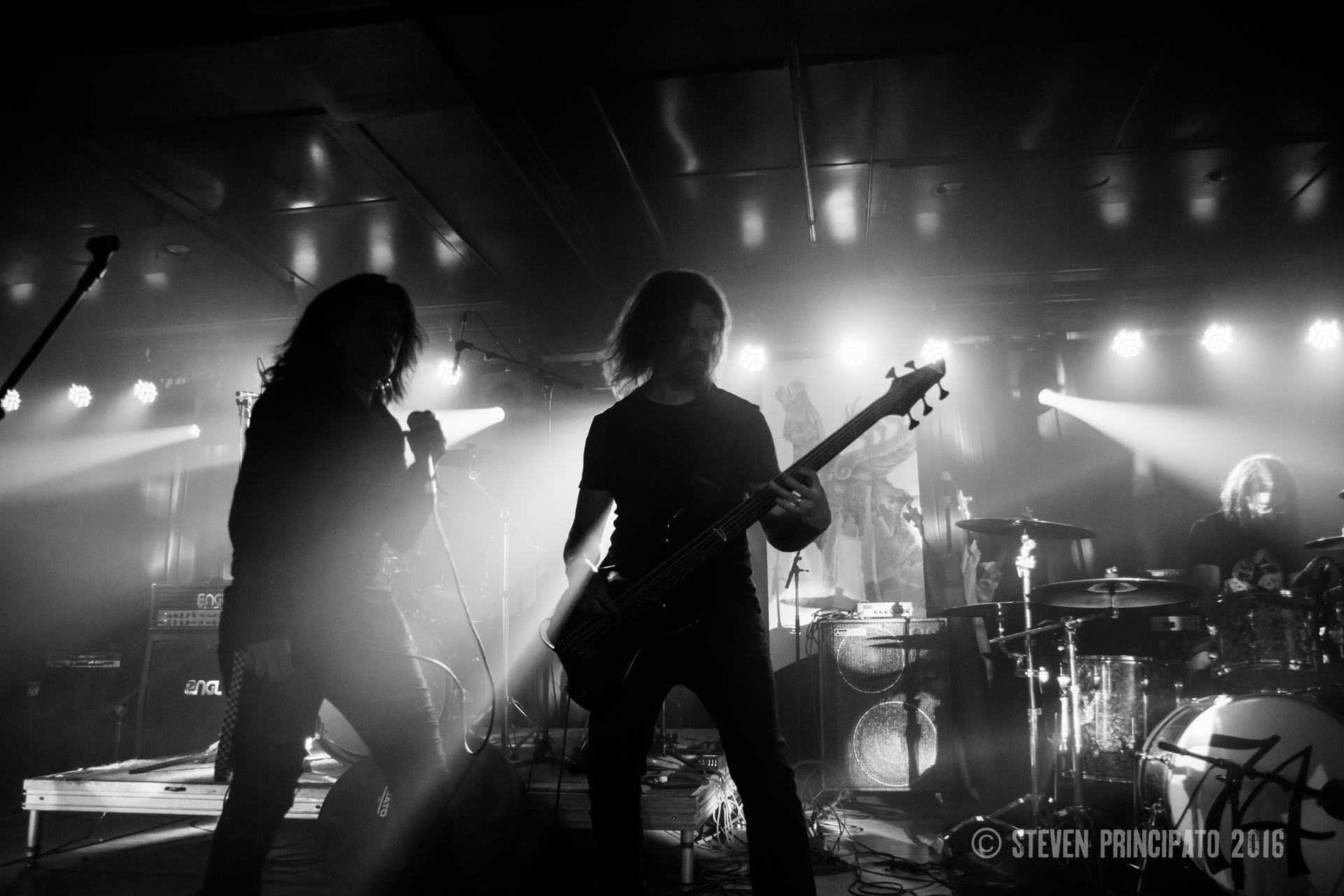 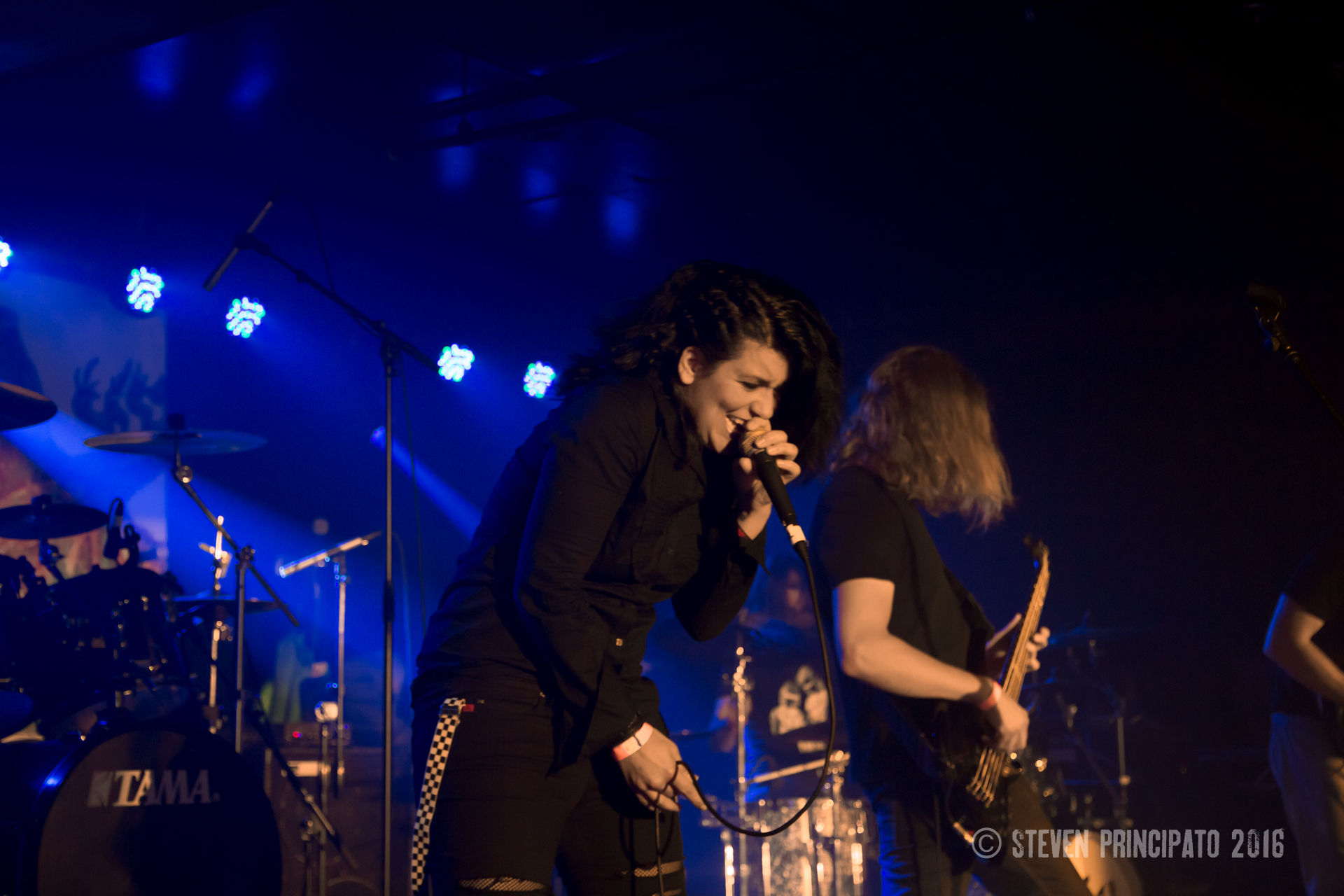 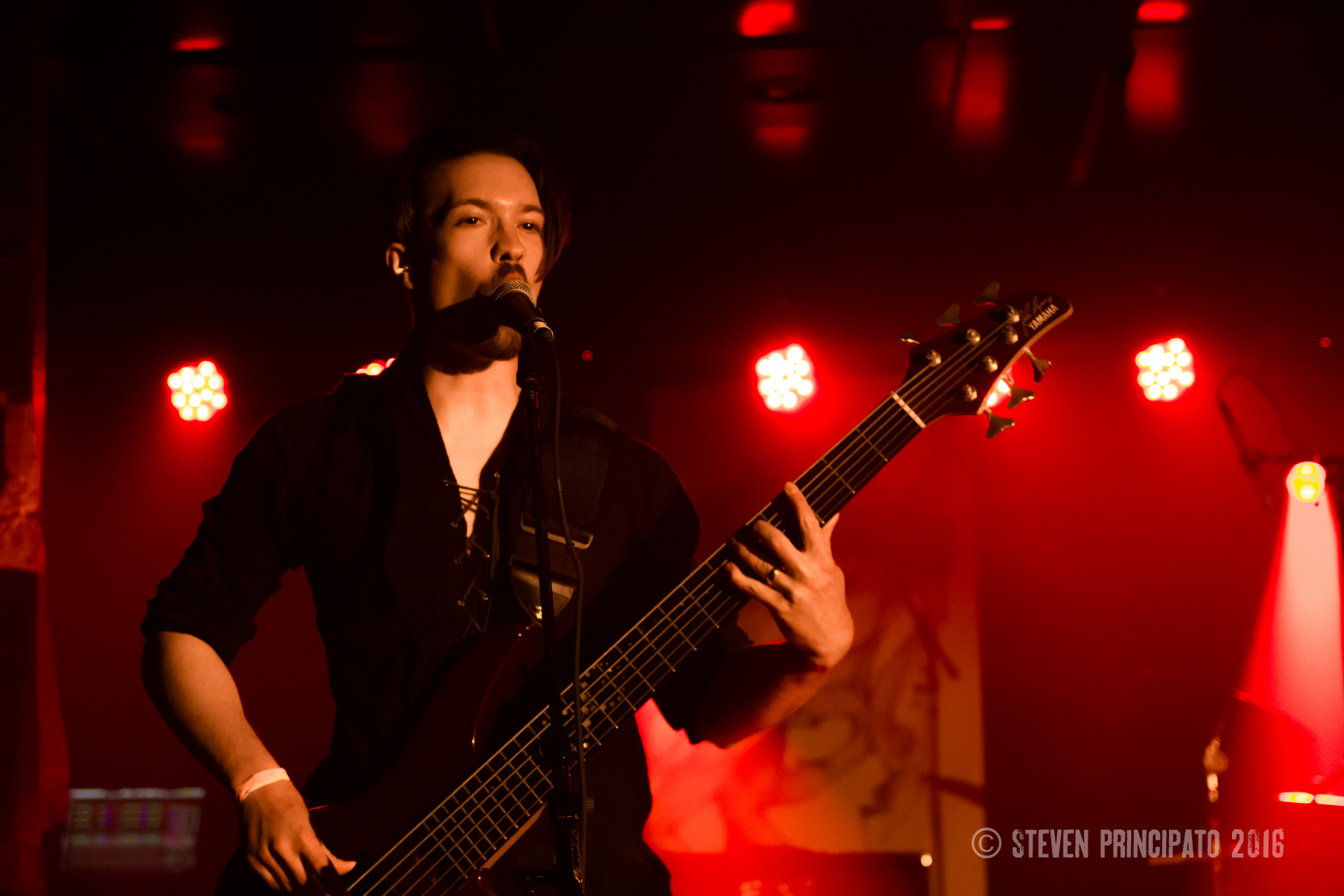