HOLMDEL, NJ — Legendary hard rock bands Disturbed and Breaking Benjamin are currently on a co-headlining tour across the US, and stopped by the PNC Bank Arts Center in New Jersey. Backed by Saint Asonia and Alter Bridge, this tour will be going on for the rest of the summer and will hit 24 cities in total. The venue was packed full of metal fans that were beyond excited to see this crazy lineup. 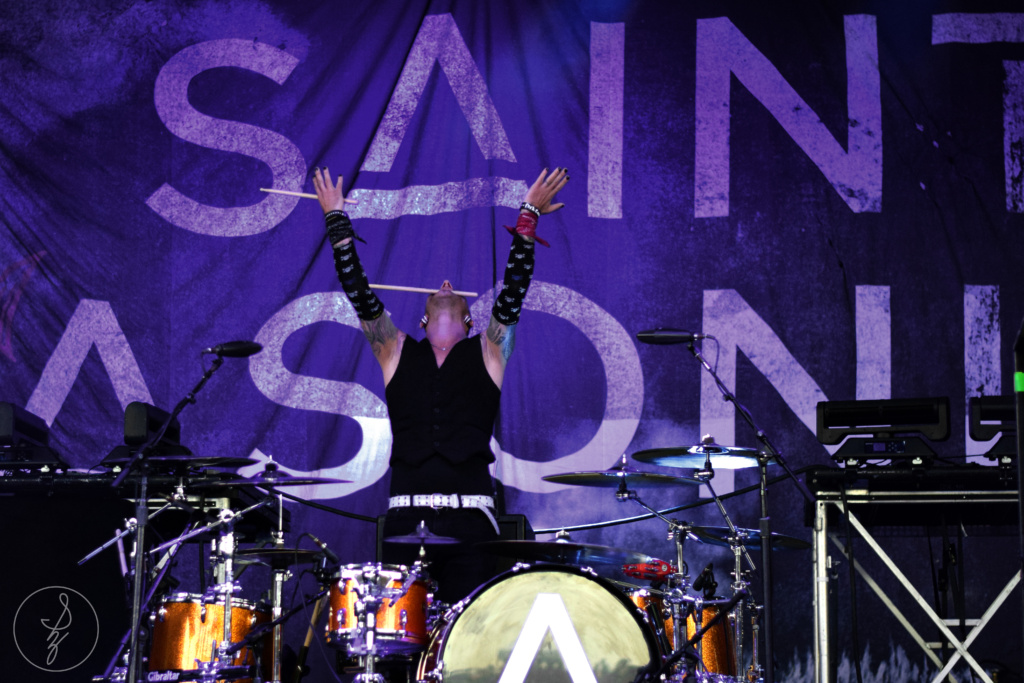 Saint Asonia was the first band to perform, and they did an amazing job at setting the mood for the night. They opened the show with “Fairy Tale” which got the crowd going pretty quick. The former Three Days Grace frontman Adam Gontier surprised old school fans by playing “I Hate Everything About You” from his old band, which put everyone in a frenzy, screaming the lyrics so loud to the point that Gontier didn’t even have to sing the last chorus. Saint Asonia closed with a banger, “Let Me Live My Life”, and finished their set. Rock band Alter Bridge was the next one to play and the screams of the crowd filled the air as Myles Kennedy walked onstage. They opened with “Come To Life” and the fans became more and more energetic as the show went on and the sun started to set. They played fan favorites such as “Metalingus” and “Addicted To Pain” and ultimately ended with “Rise Today” off of their 2007 release, Blackbird. 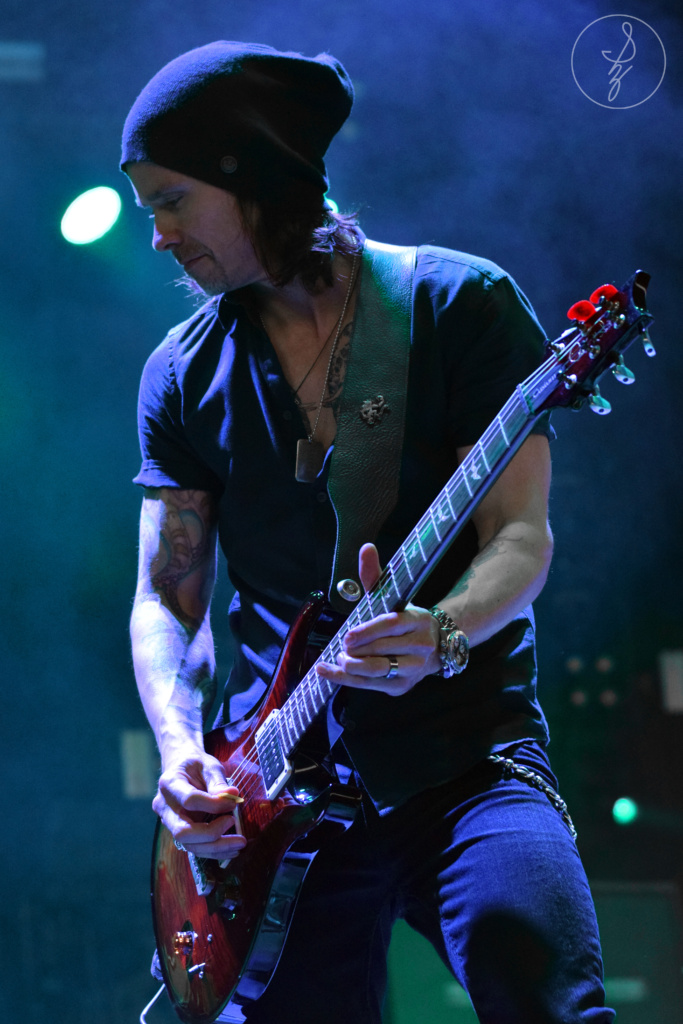 The crowd grew impatient. Everyone was waiting for Breaking Benjamin to make an entrance. And that is exactly what they did. The background music stopped, the lights dimmed, and Benjamin Burnley made his way onto the stage. “So Cold” started and everyone was singing along. The band members swapped out doing main vocals for a few songs. Rhythm guitarist Keith Wallen took the lead as he did vocals for “Sooner Or Later”, and Bassist Aaron Bruch did the same for “Believe”. Benjamin got the crowd going by doing a quick cover of the classic “Smells Like Teen Spirit” in the middle of their set, and people LOVED it. Breaking Benjamin ended their set in a perfect way, bringing out Adam Gontier again to help sing “I Will Not Bow”, and closing with “The Diary Of Jane”. 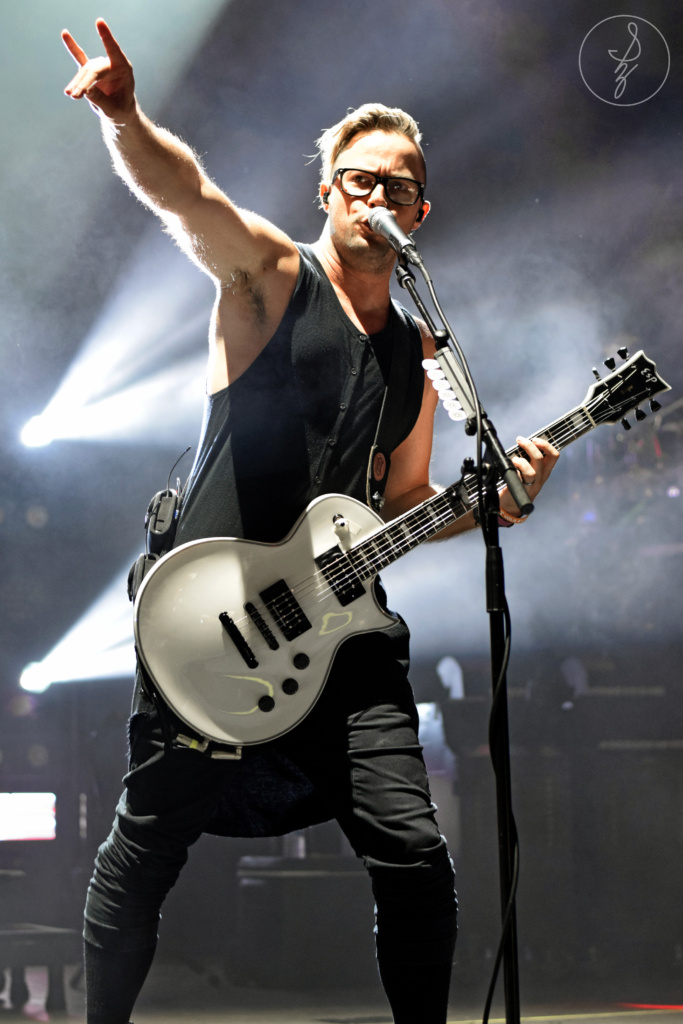 It was the moment everyone (or mostly everyone, at least) was waiting for. The trailer of “Decade of Disturbed” started playing on the big screens at each side of the stage, and sooner or later, they made their merry way onto the stage as the crowd erupted with joy. Disturbed powered through each and every song, playing some classics as well as some newer songs. They even did their cover of Simon and Garfunkel’s “The Sound Of Silence”, which was arguably better than the original. David Draiman requested that during their song “The Light” that everyone takes out their cellphone flashlights or their lighters when he sings the title in the chorus. Everyone listened to him, and the venue filled with light and it was absolutely beautiful. David also requested that the fans will help him sing a “Happy Birthday” to guitarist Dan Donegan while his kids came onstage to help as well (which was seriously the cutest thing ever). The night grew darker, and the show had to come to an end, but the crowd was NOT tired yet. Everyone saved their energy for this last song and the moment David did his signature “OOH WA AH AH AH”, everyone rioted. I’ve been waiting to hear “Down With The Sickness” live for the longest time and it was just as fun as I had hoped it would be. 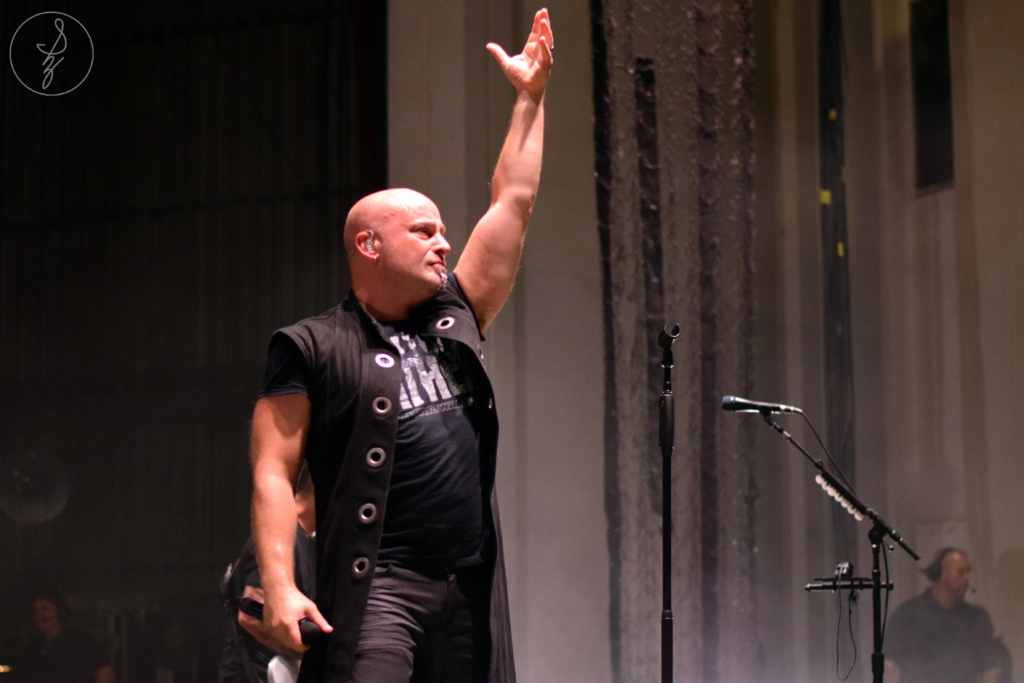 To get tickets for a show near you, head over to this website and grab them before they’re gone.