SAYREVILLE, NJ — Iconic party death metal band Attila came back to Jersey on Saturday night. With support from Chelsea Grin, Emmure, and Sylar as touring bands, this show at Starland Ballroom had additional support from local bands The Blessing Of This Curse, No Parallels, and Inventure.

Doors opened fairly early to make time for the local bands to start. Progressive metalcore band Inventure was on first. Each local set was fairly short but for the amount of time they were on stage, they got this energetic crowd going really quick. No Parallels was the next band up and they took the audience by surprise by doing a cover of Bring Me The Horizon’s “Happy Song”. I was surprised at how much the crowd ended up moving. When the final local band The Blessing Of This Curse hit the stage, they got a wall of death going for their last song.

Once the local bands were done, the fans went insane as the first touring band, Sylar, started their set. These guys brought a new level of energy to the stage and in my opinion, I think they sounded a hell of a lot better live than in the studio. Watch out for these guys, I guarantee you’ll be seeing their name a lot more in the near future. 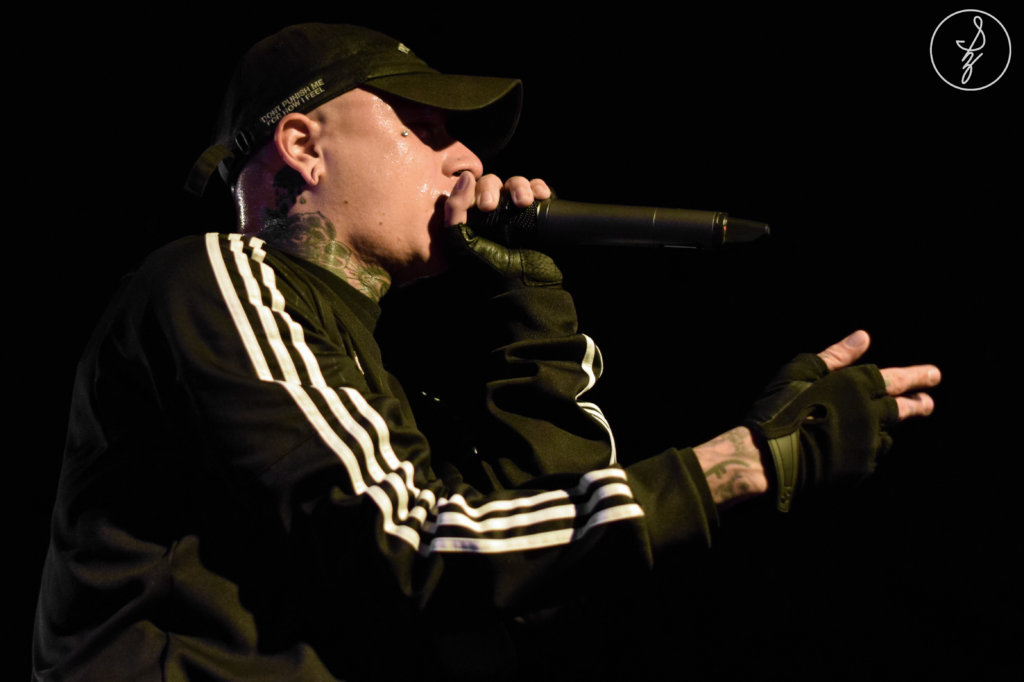 I tried keeping my cool for Emmure to take the stage, but it was immensely difficult. Vocalist Frankie Palmeri kept everyone moving, delivering impressive vocals and the instrumentals sounded extremely clean. They played old classics like “I Thought You Met Telly And Turned Me Into Casper” as well as new fan favorites like “E”. 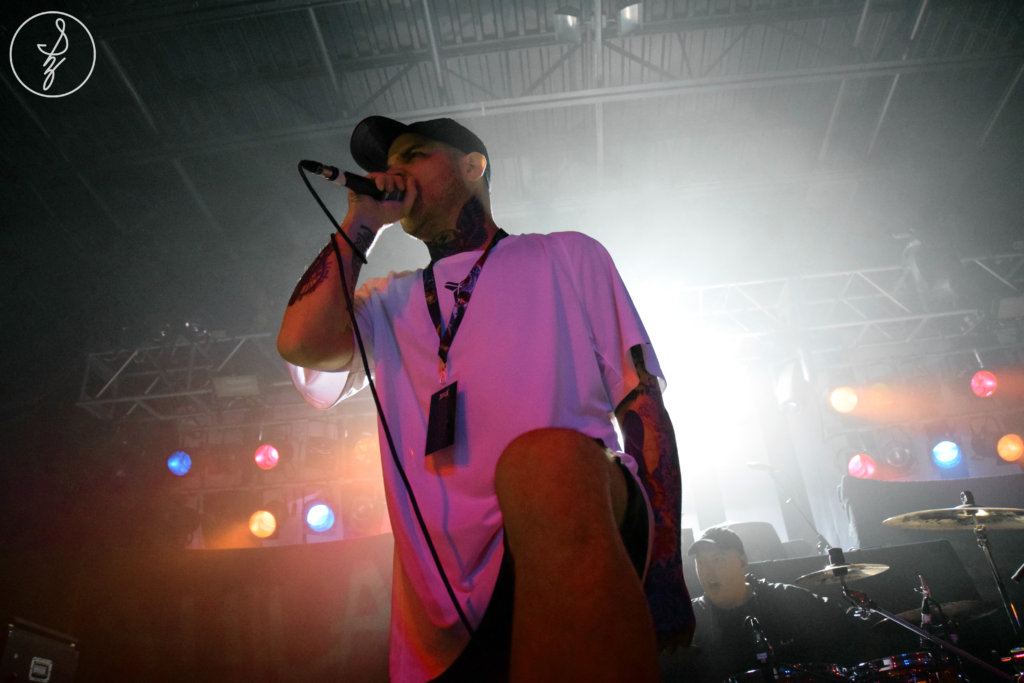 Chelsea Grin had the stage next, and they were even better than the last time I saw them back in March. They opened up with a single off their latest album, Self-Inflicted, “Clickbait”, and played a really solid set, playing a lot of new songs, and even a few old ones for the old school fans in the crowd, who went crazy during the breakdown of “Recreant”. 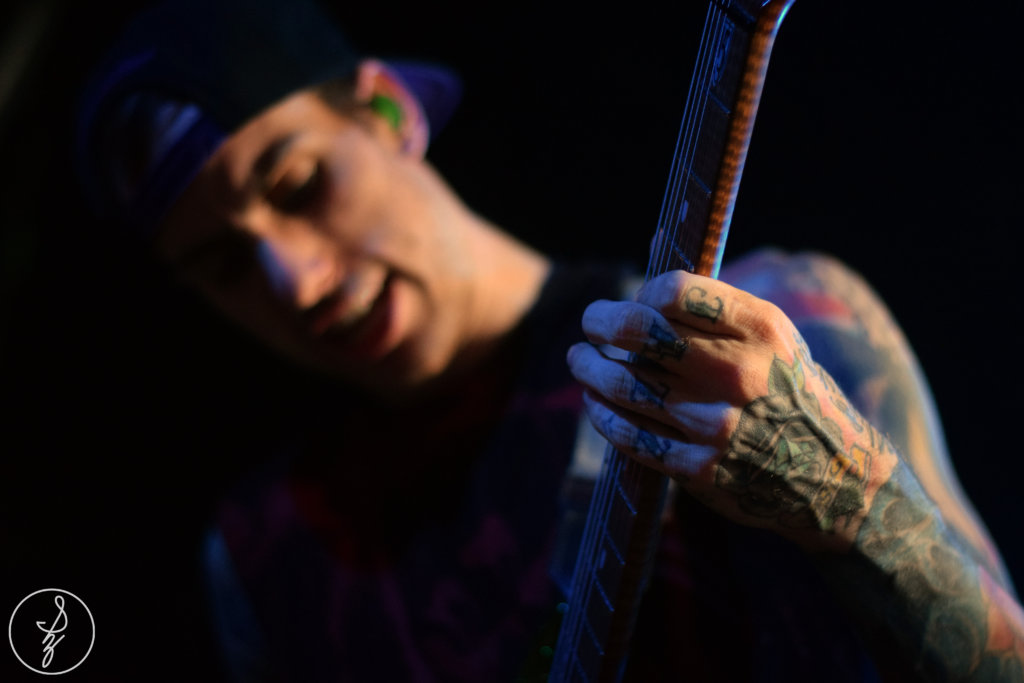 After all of the opening bands finished their sets, the lights dimmed, the crowd started chanting “Suck my fuck” and Attila came up on the stage, and vocalist Fronzilla started “Public Apology”. Their setlist was one of the best that I’ve ever come across. If Attila were to make a Greatest Hits album, it would be made up of the setlist from this tour. They played all 4 tracks that they’ve released so far from their new album Chaos, which will be out on November 4th. Along with their new songs, they played a variety of bangers from almost all of their previous albums. They even brought up two people from the audience to face-off and compete to get the extra mic for “Payback”. Fronz was very interactive with his fans the whole show, saying to come crowdsurf up to him and give him a high five, and proceeded to do that with every single person who crowdsurfed. Him and the rest of the band powered through every last song until everyone song until they set off the huge smoke machines one last time, and left the crowd wanting more. 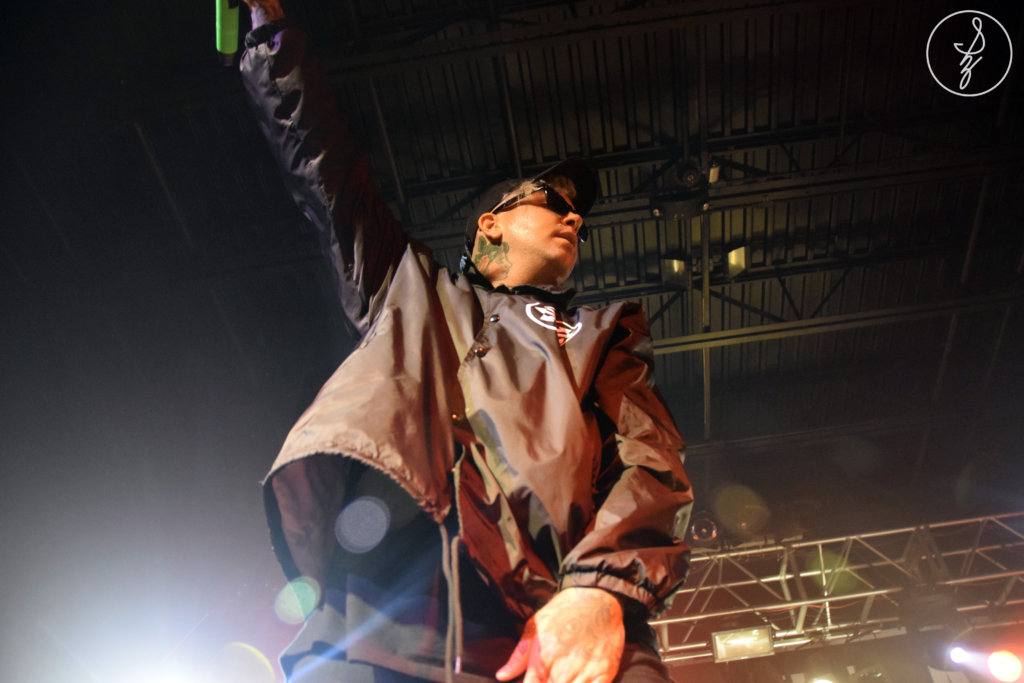 To find a tour date near you or to pre-order Attila’s new album Chaos, you can go to Attila’s website here. 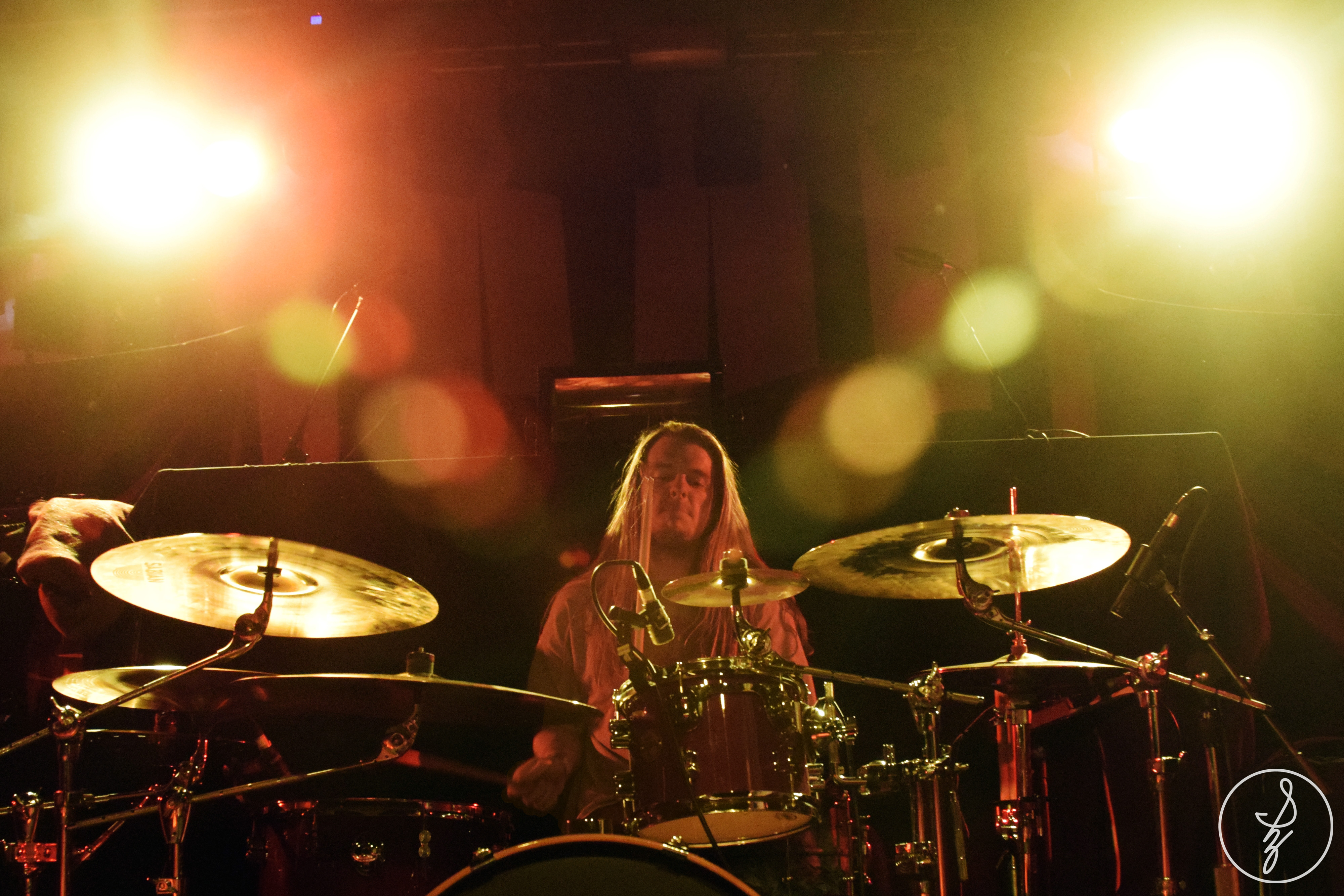 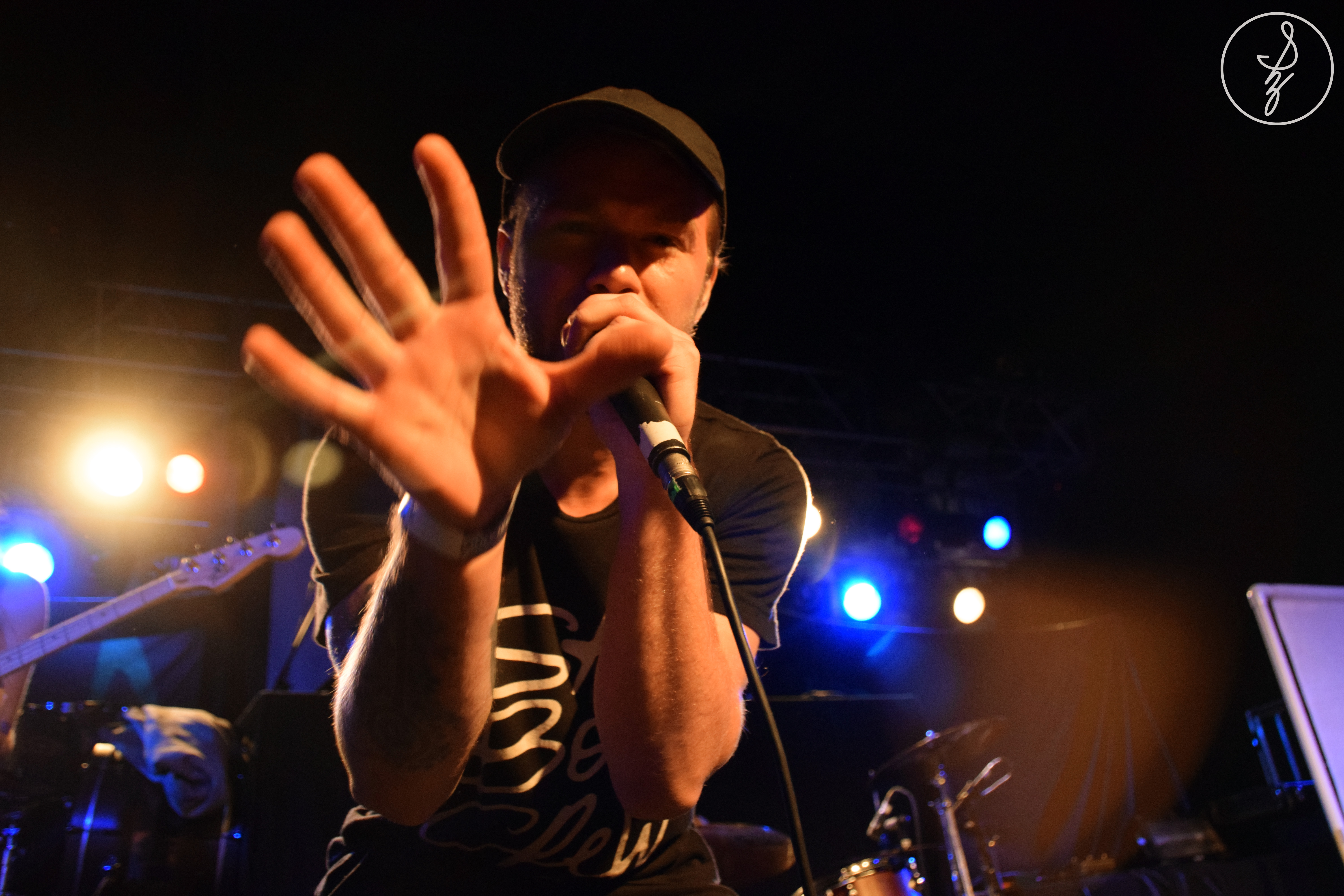 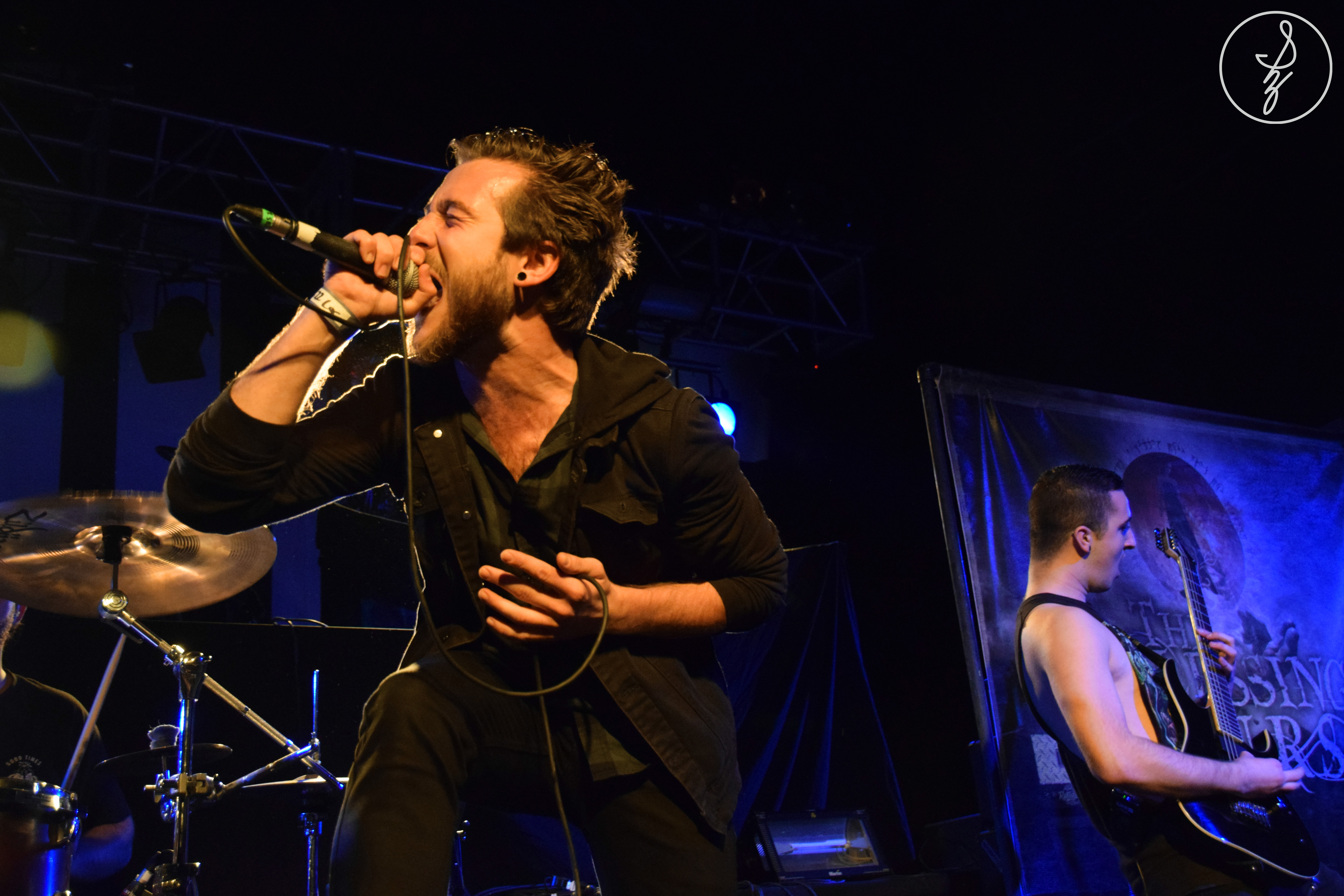 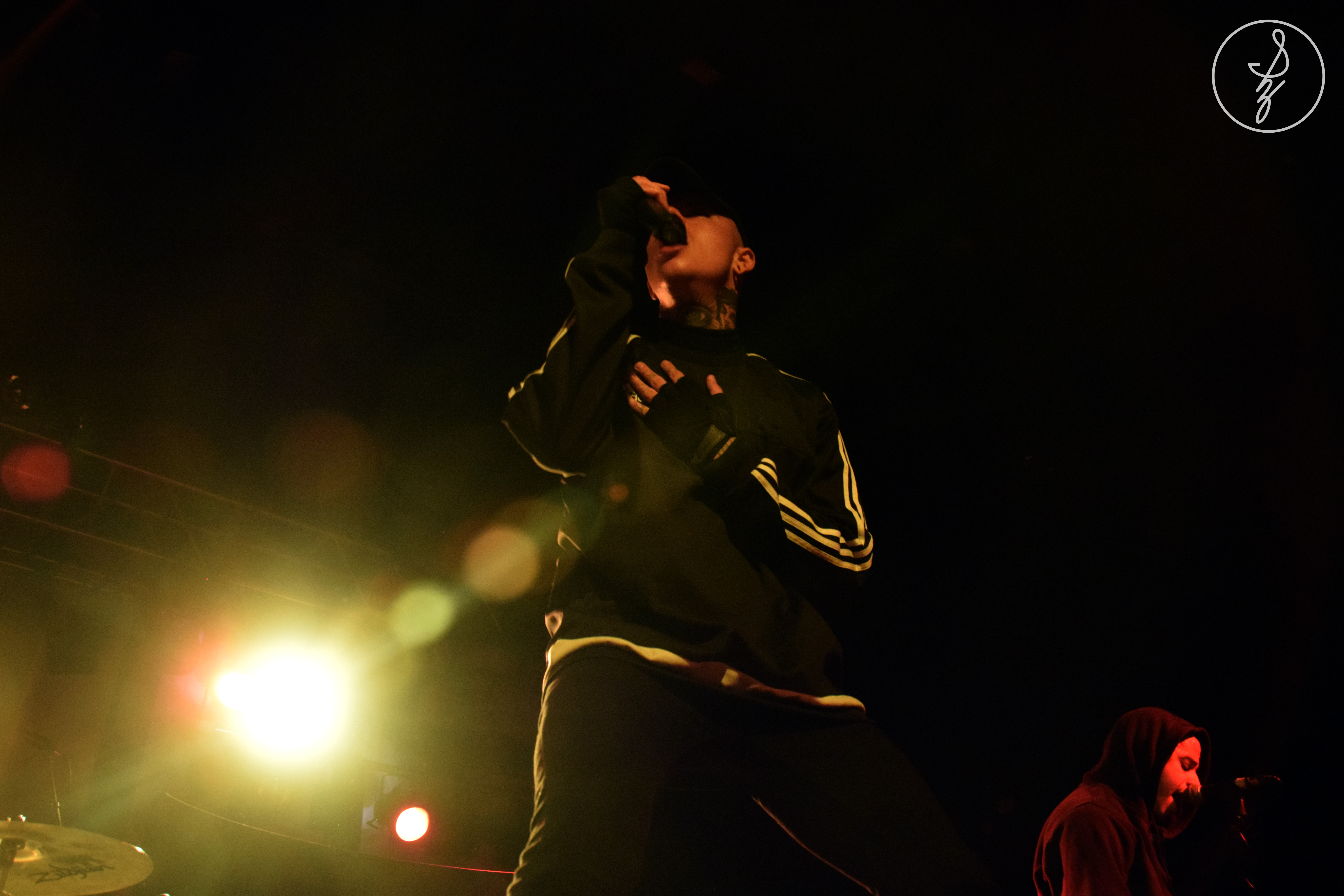 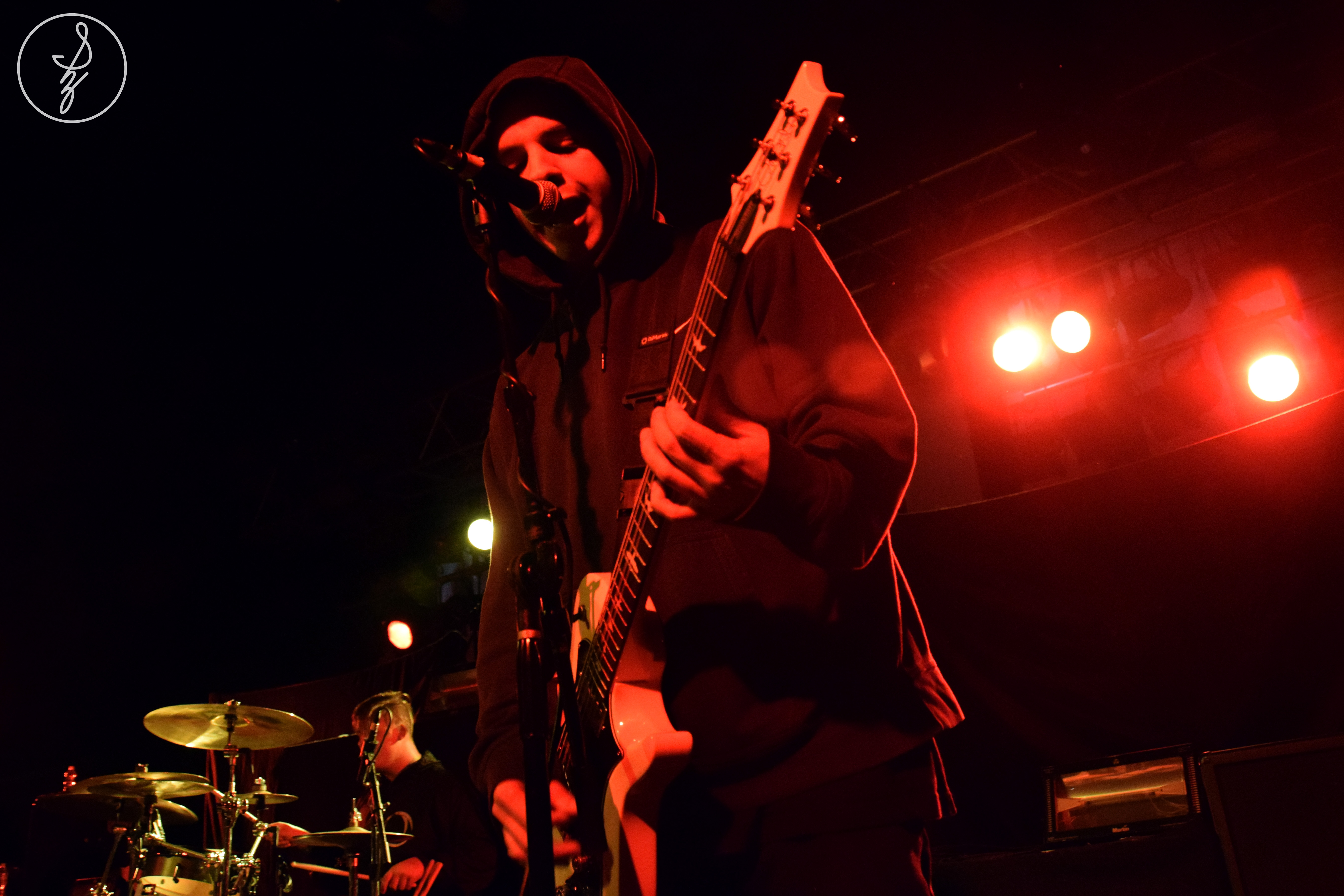 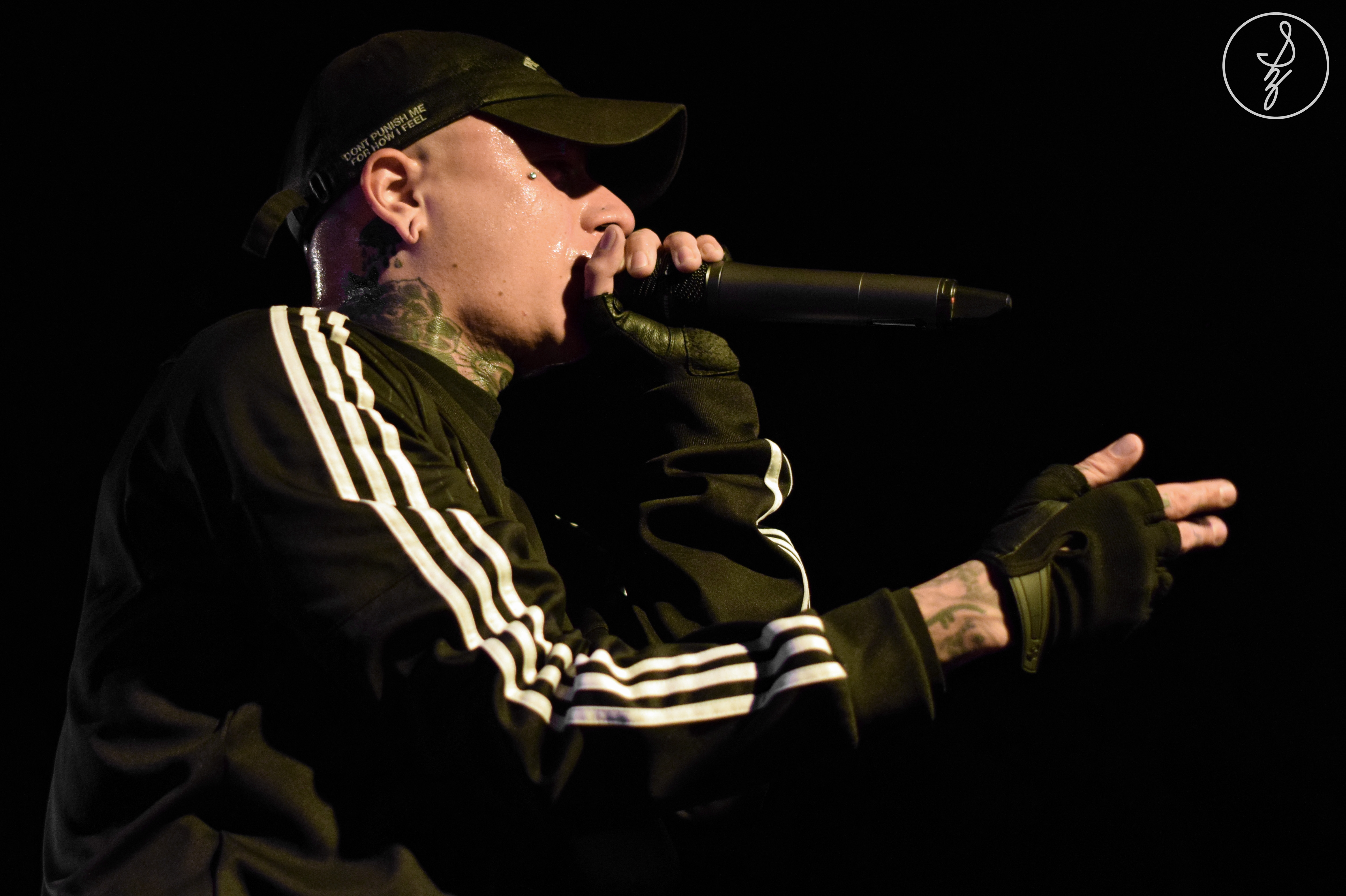 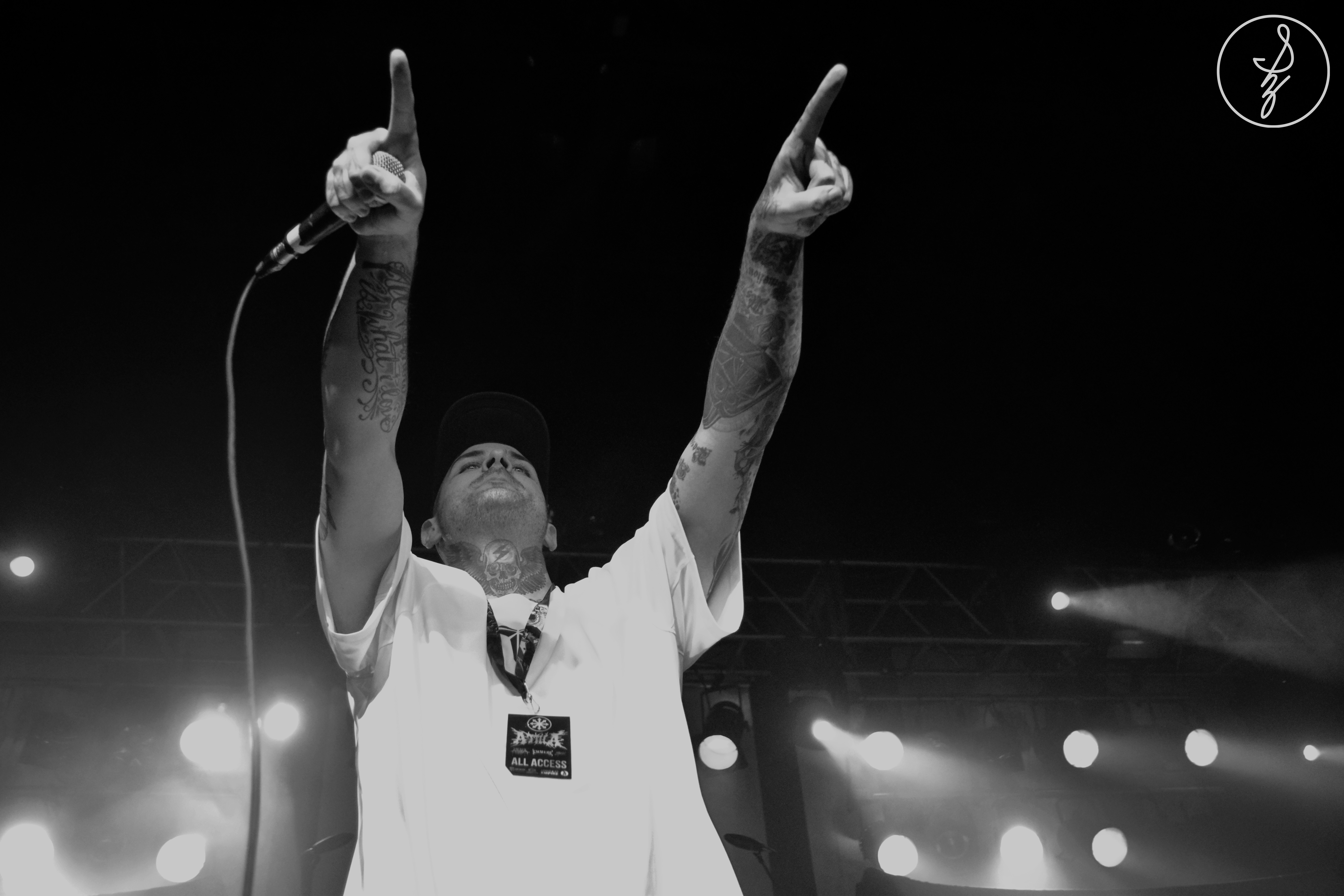 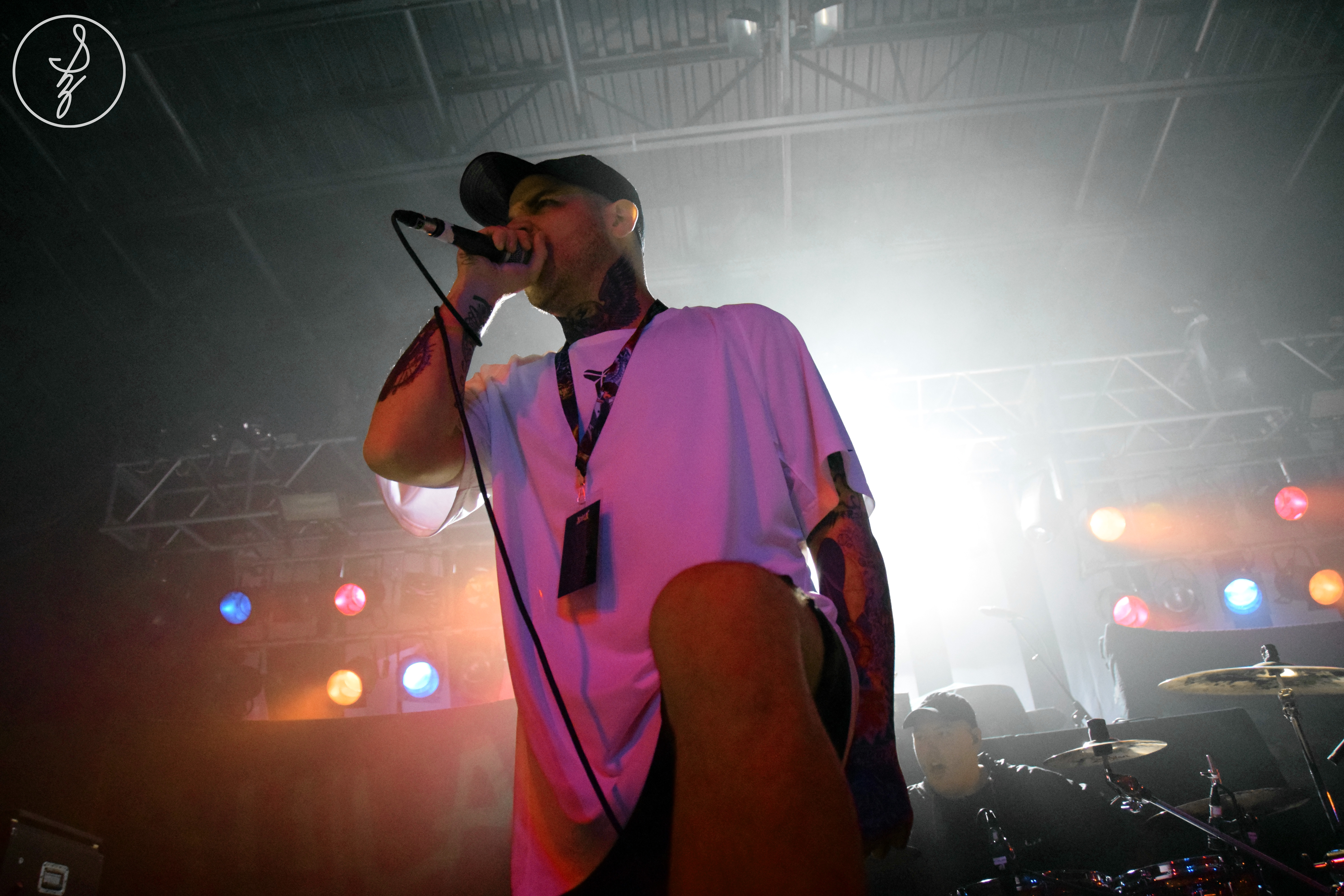 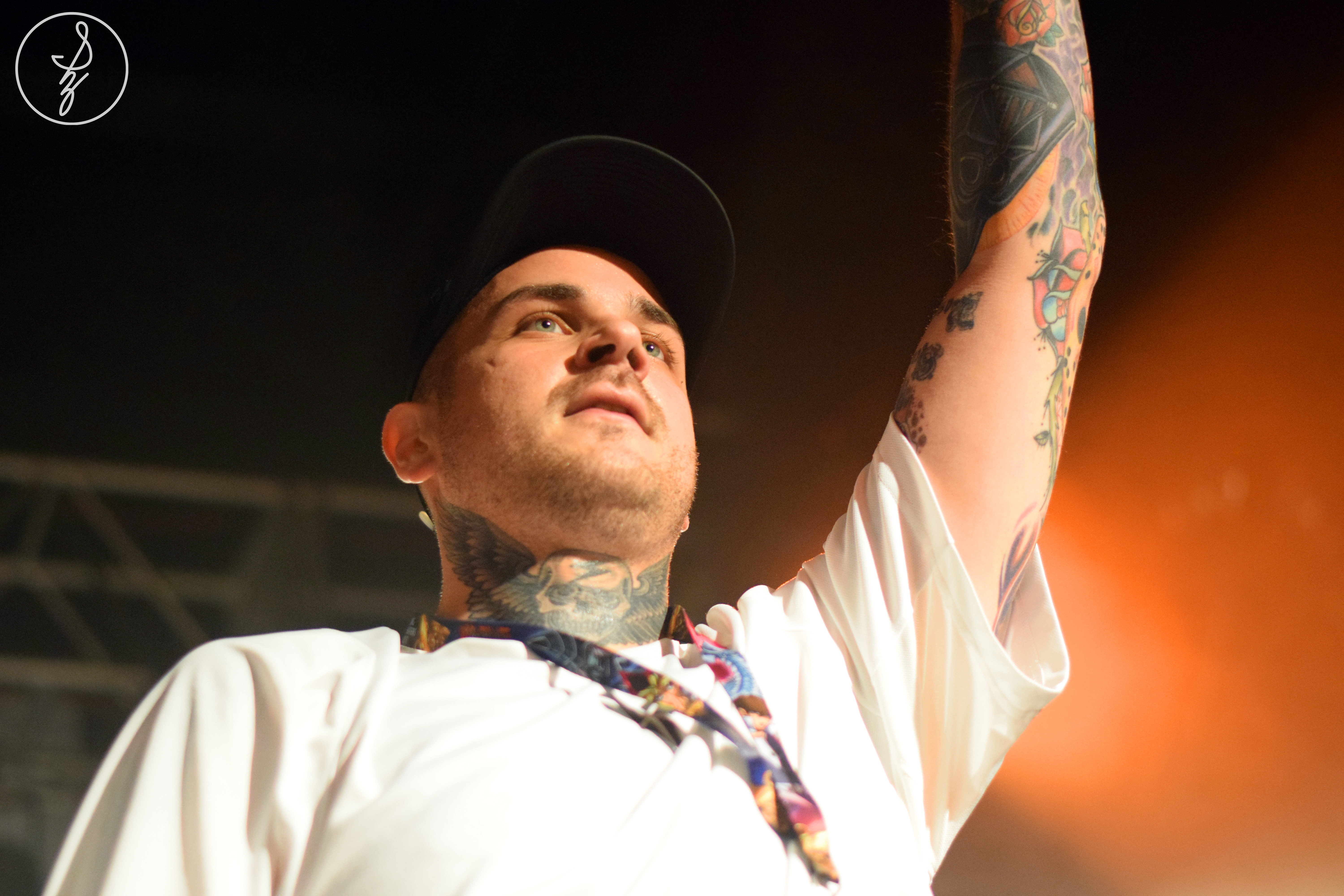 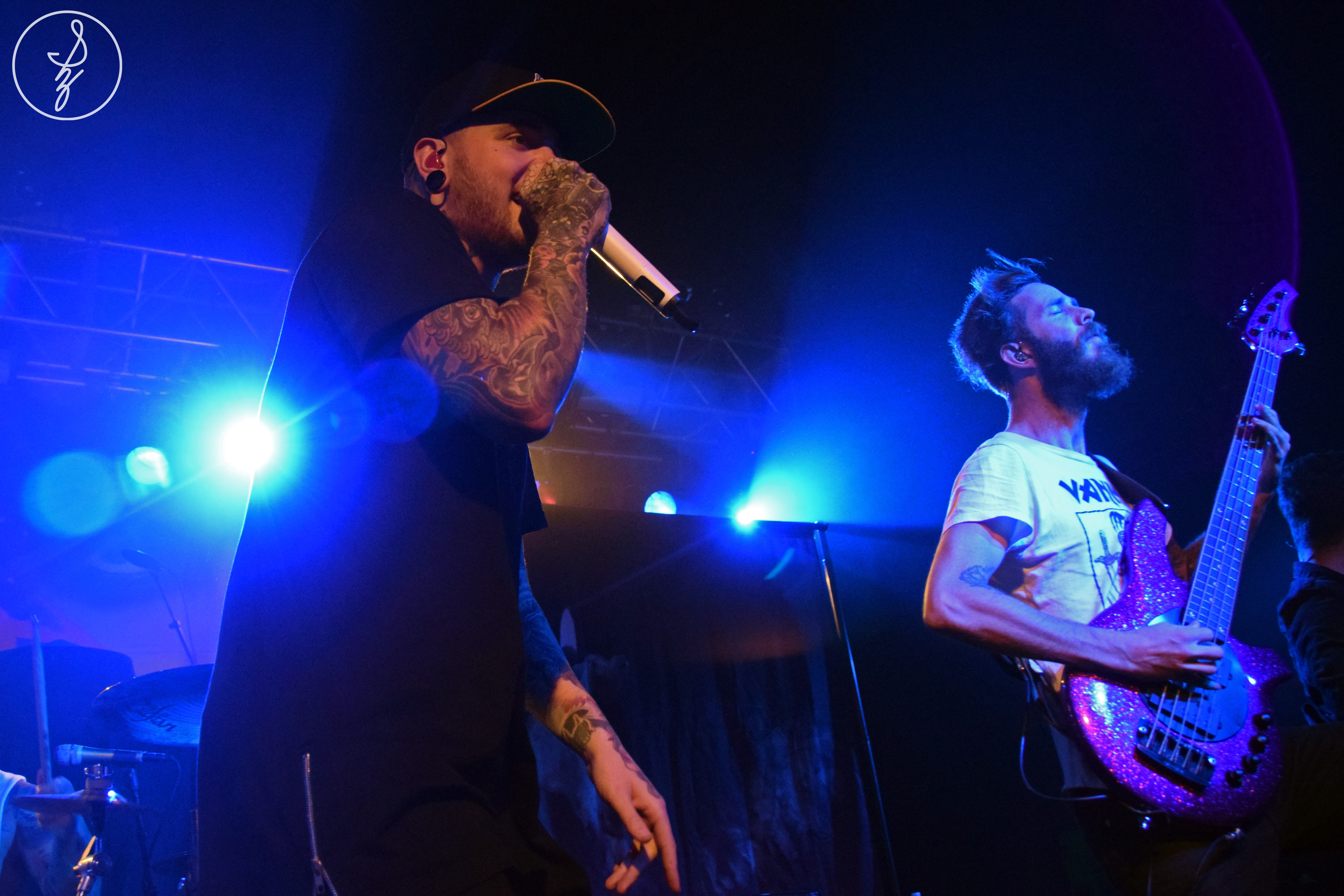 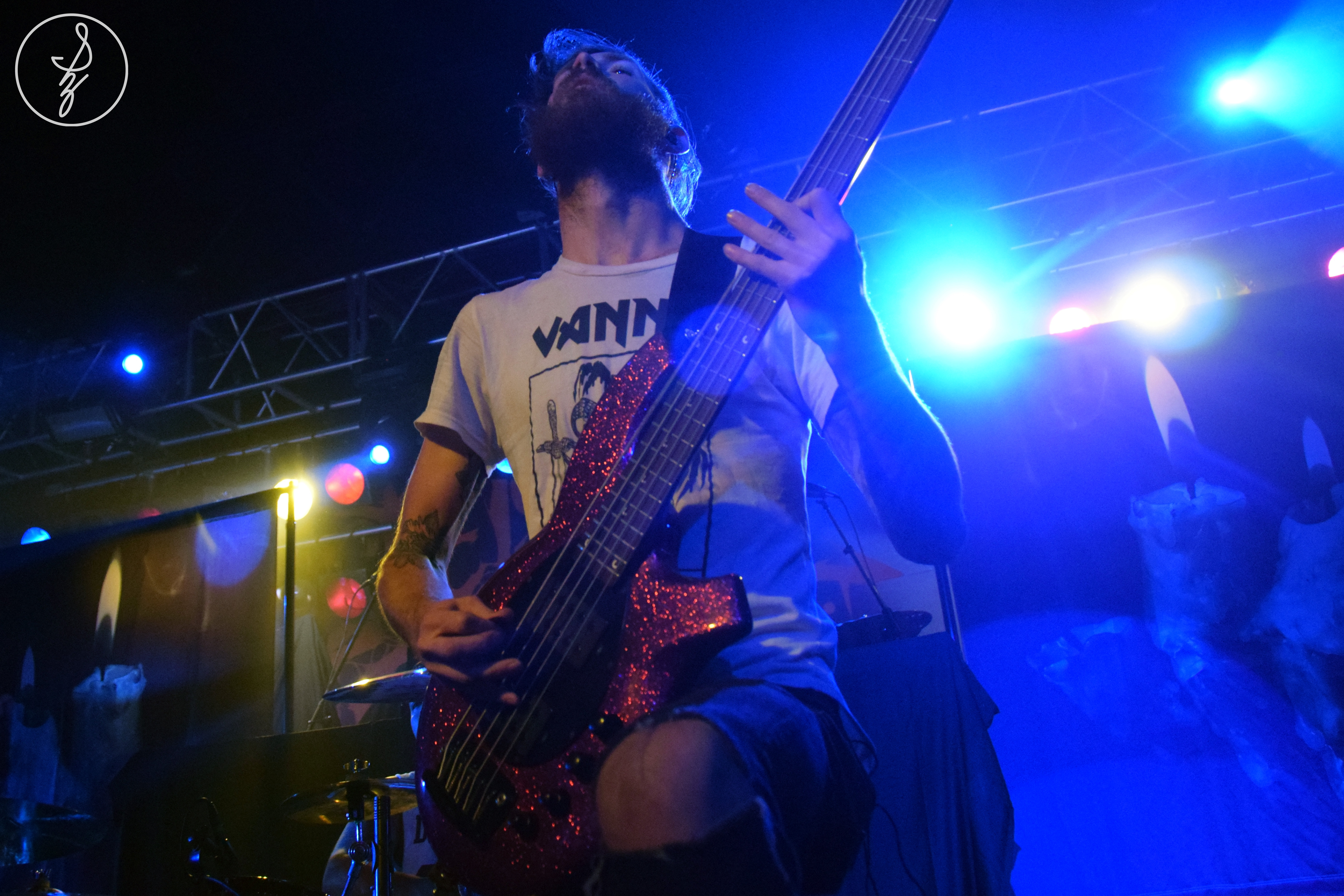 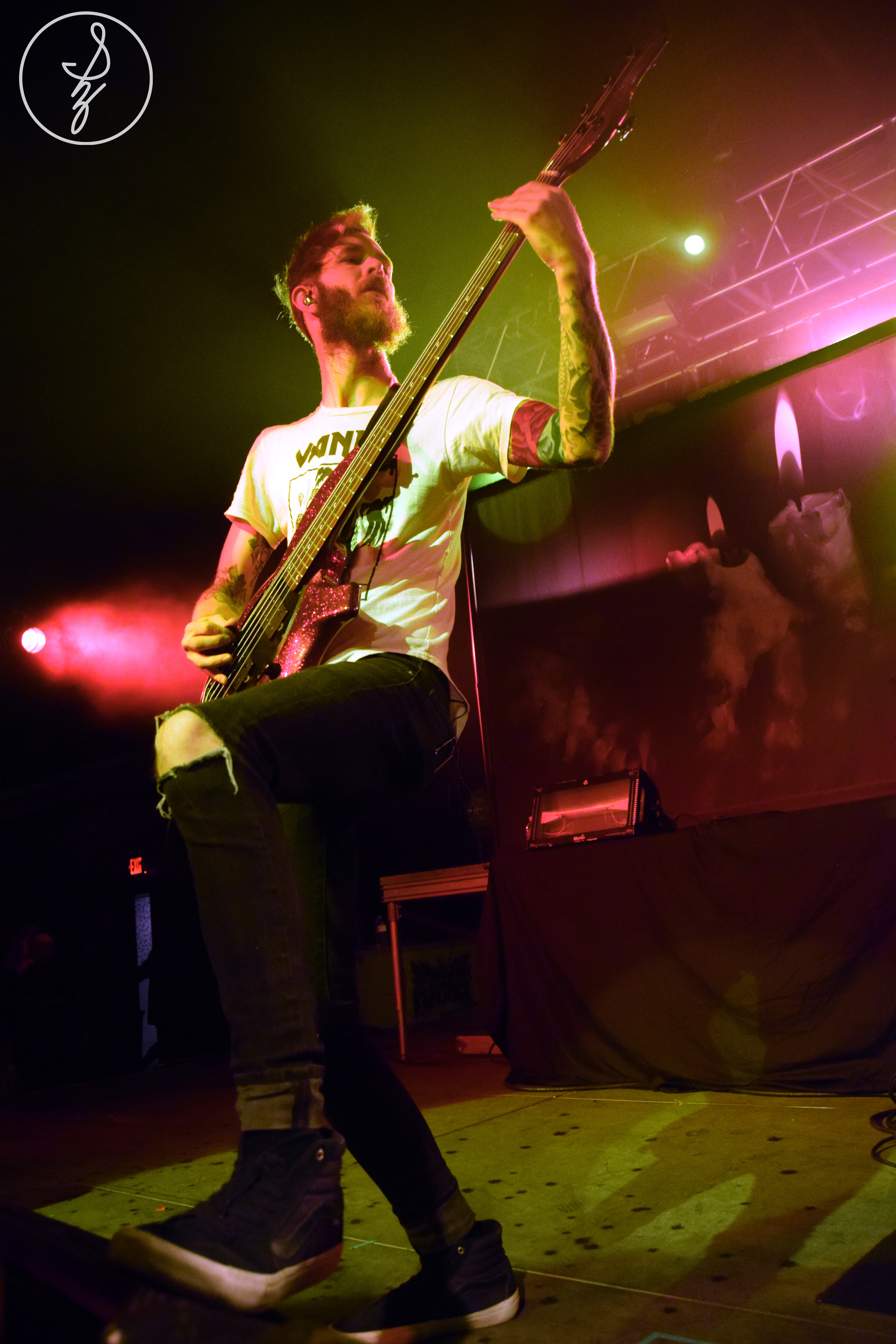 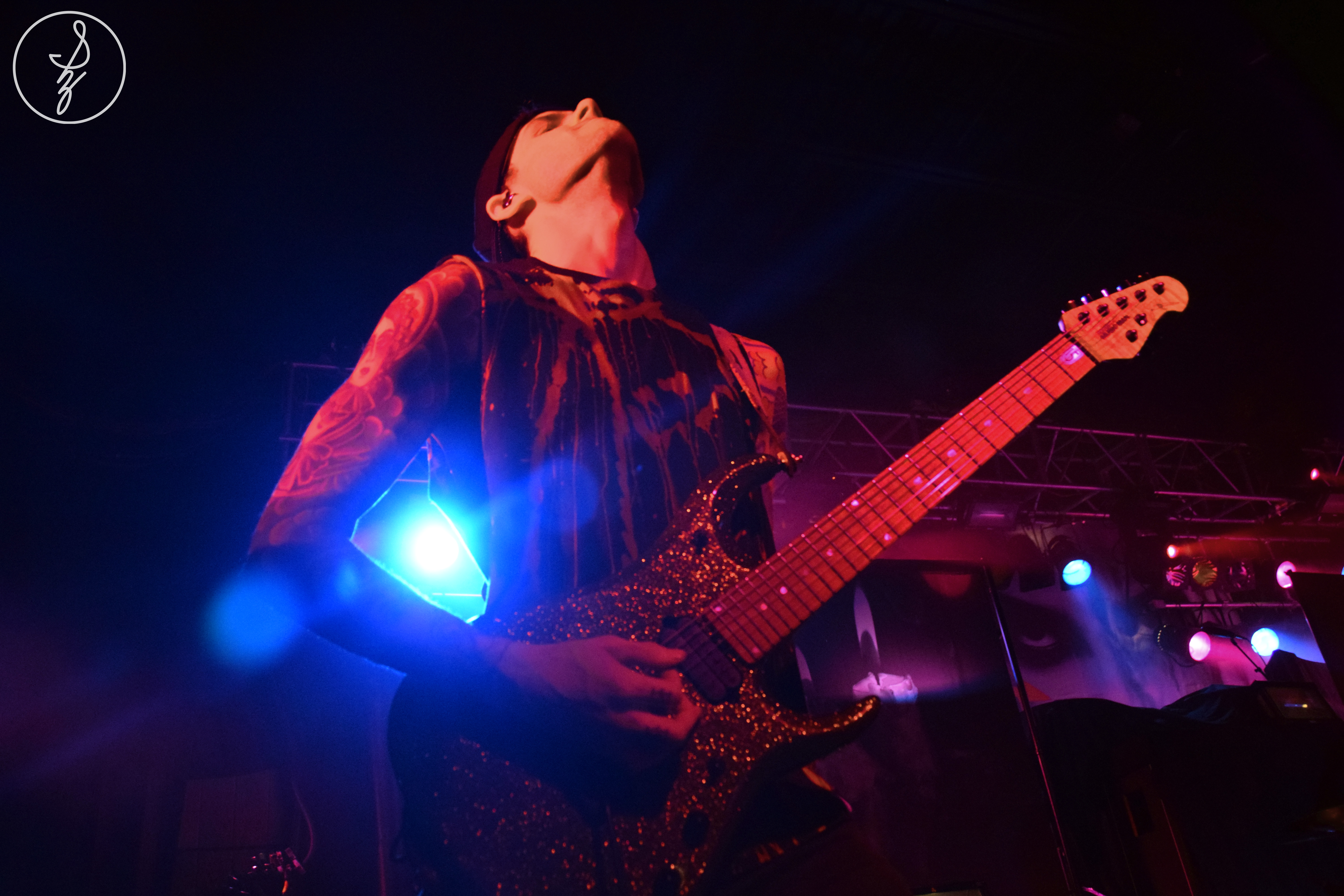 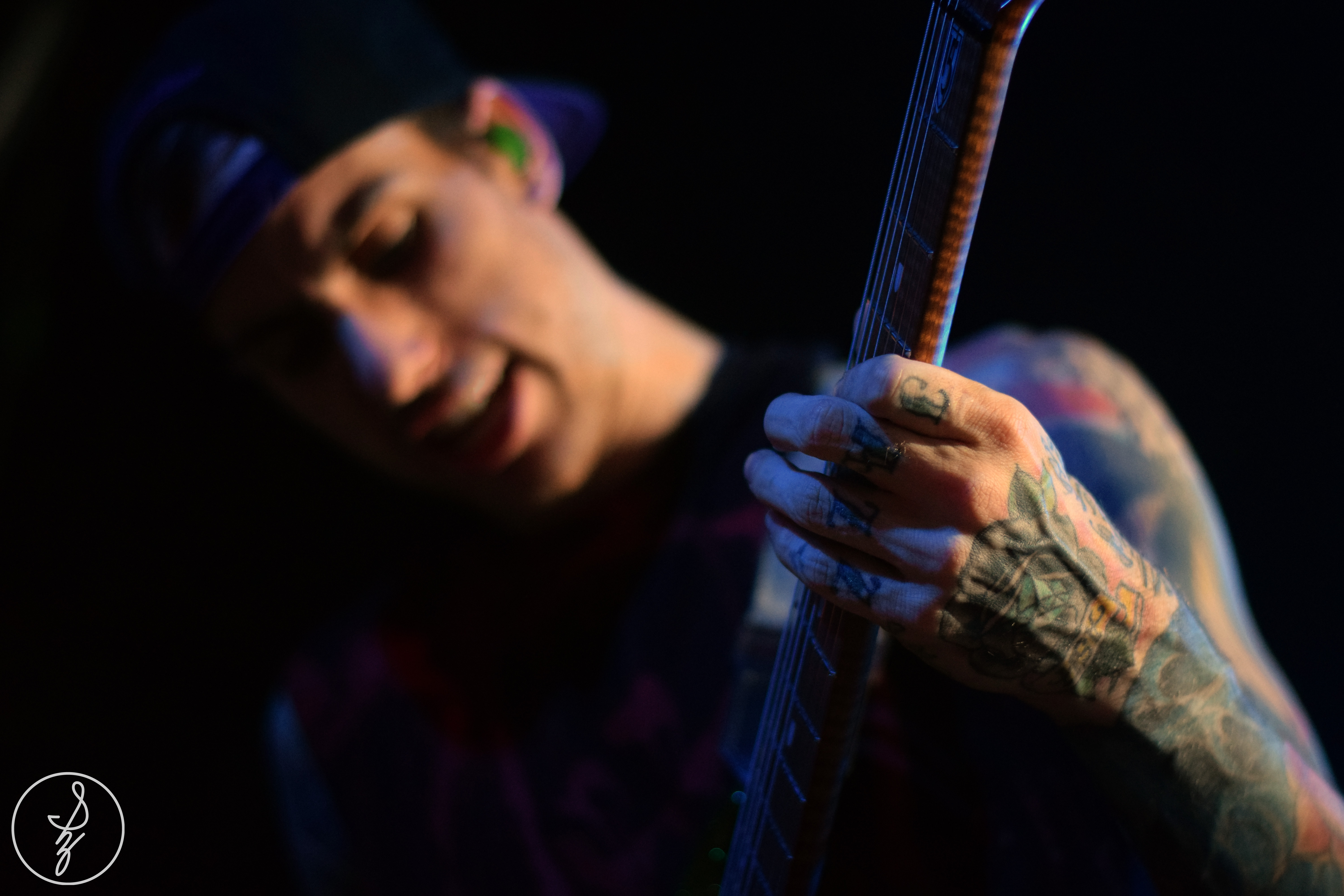 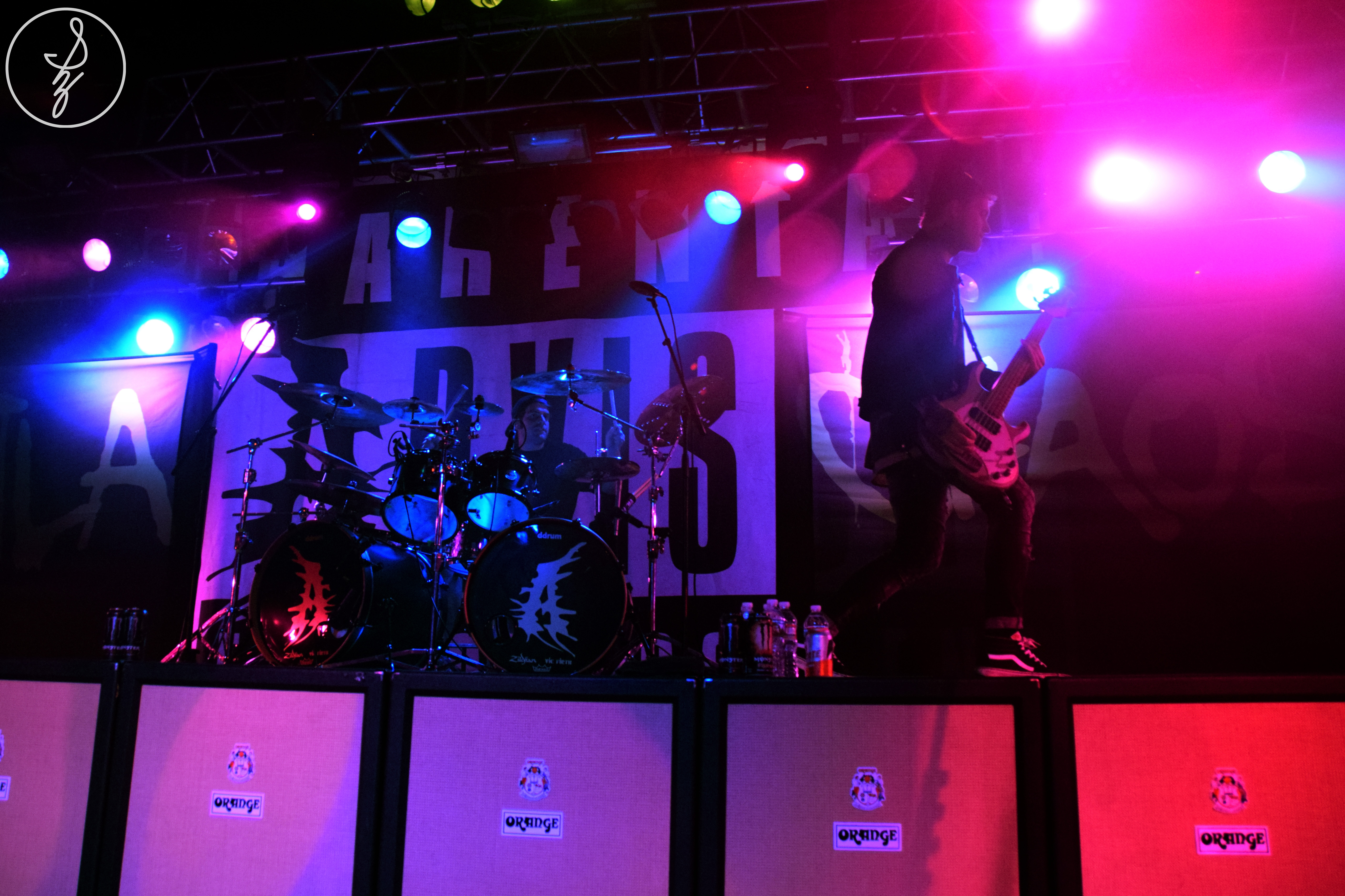 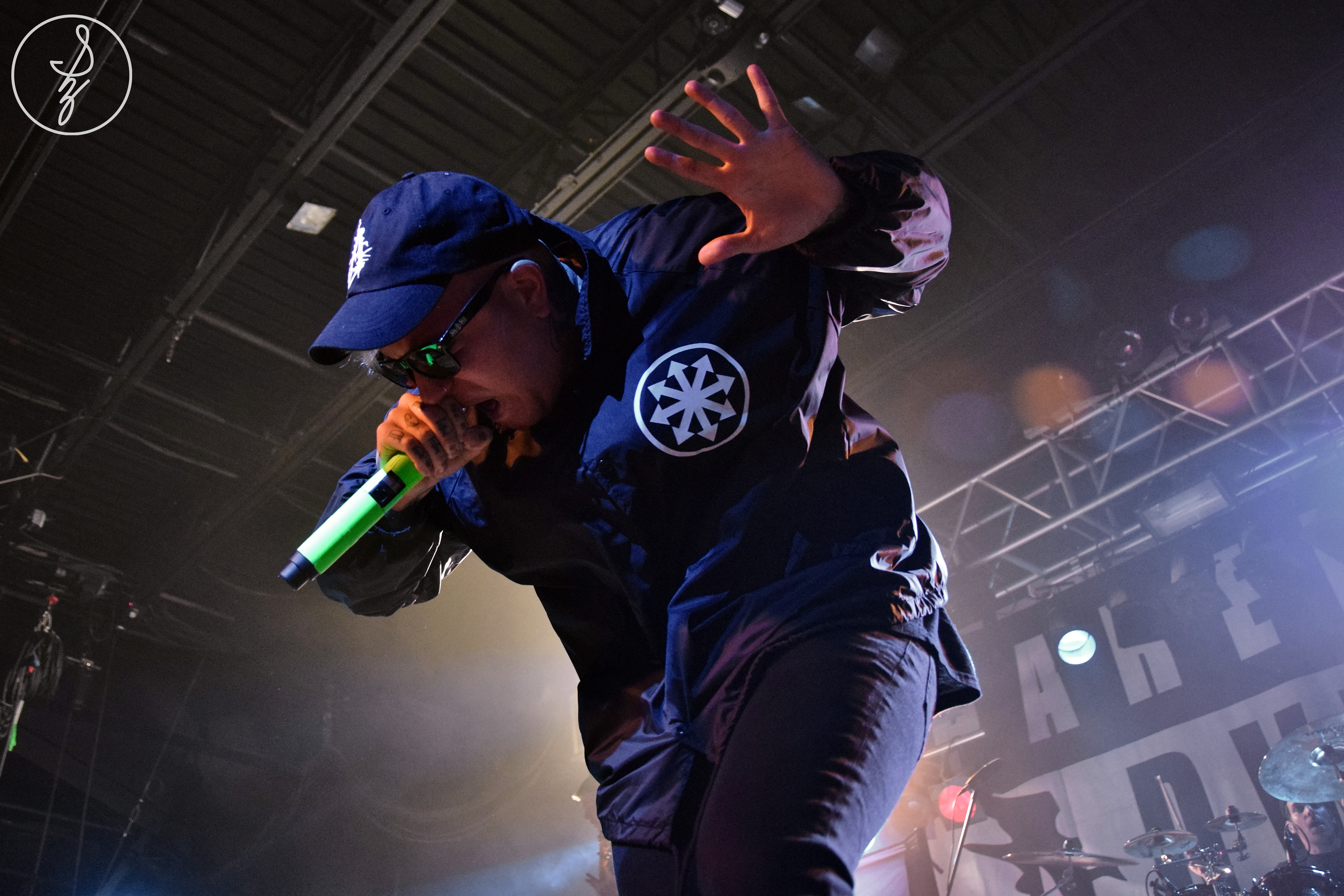 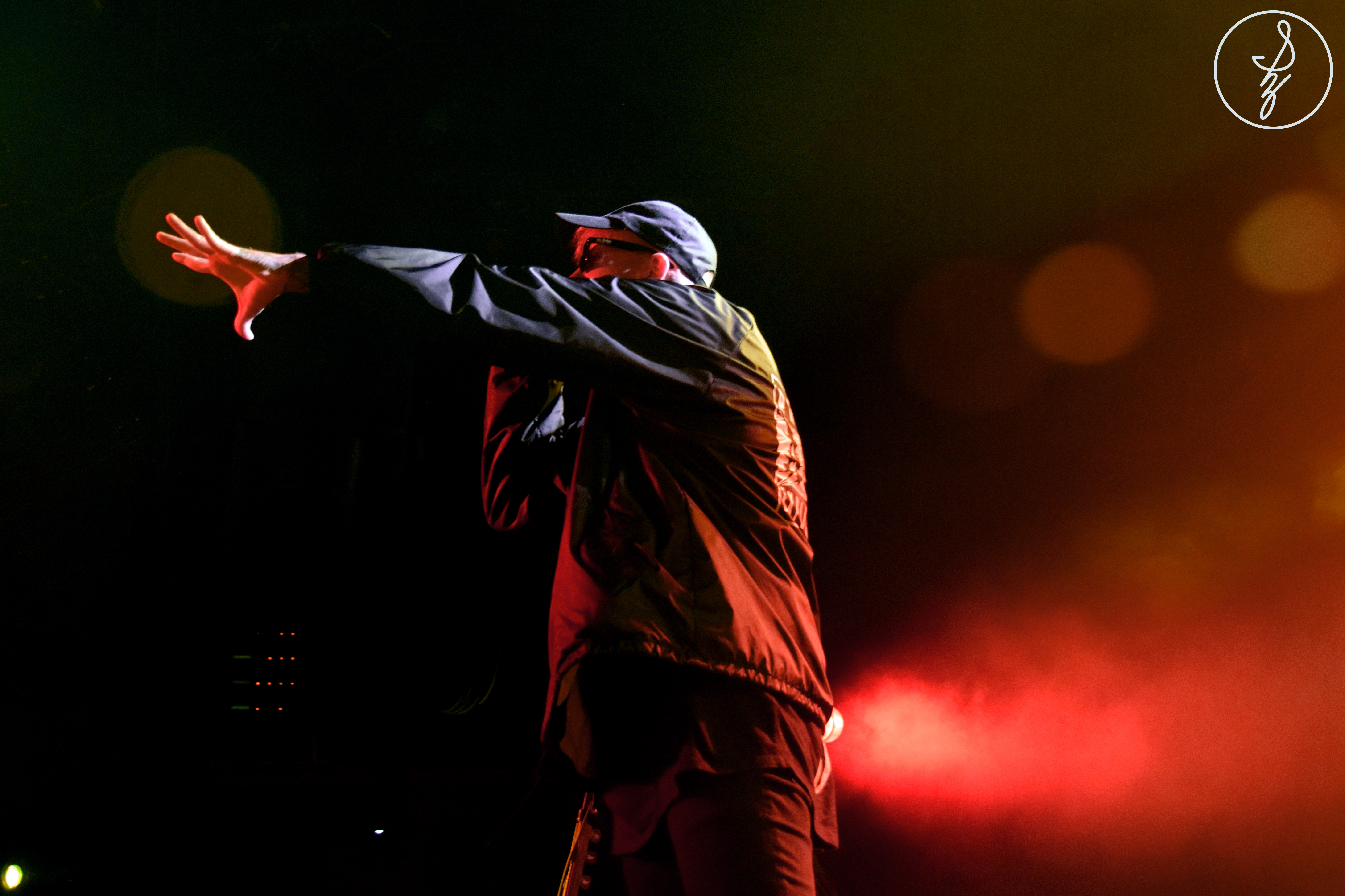 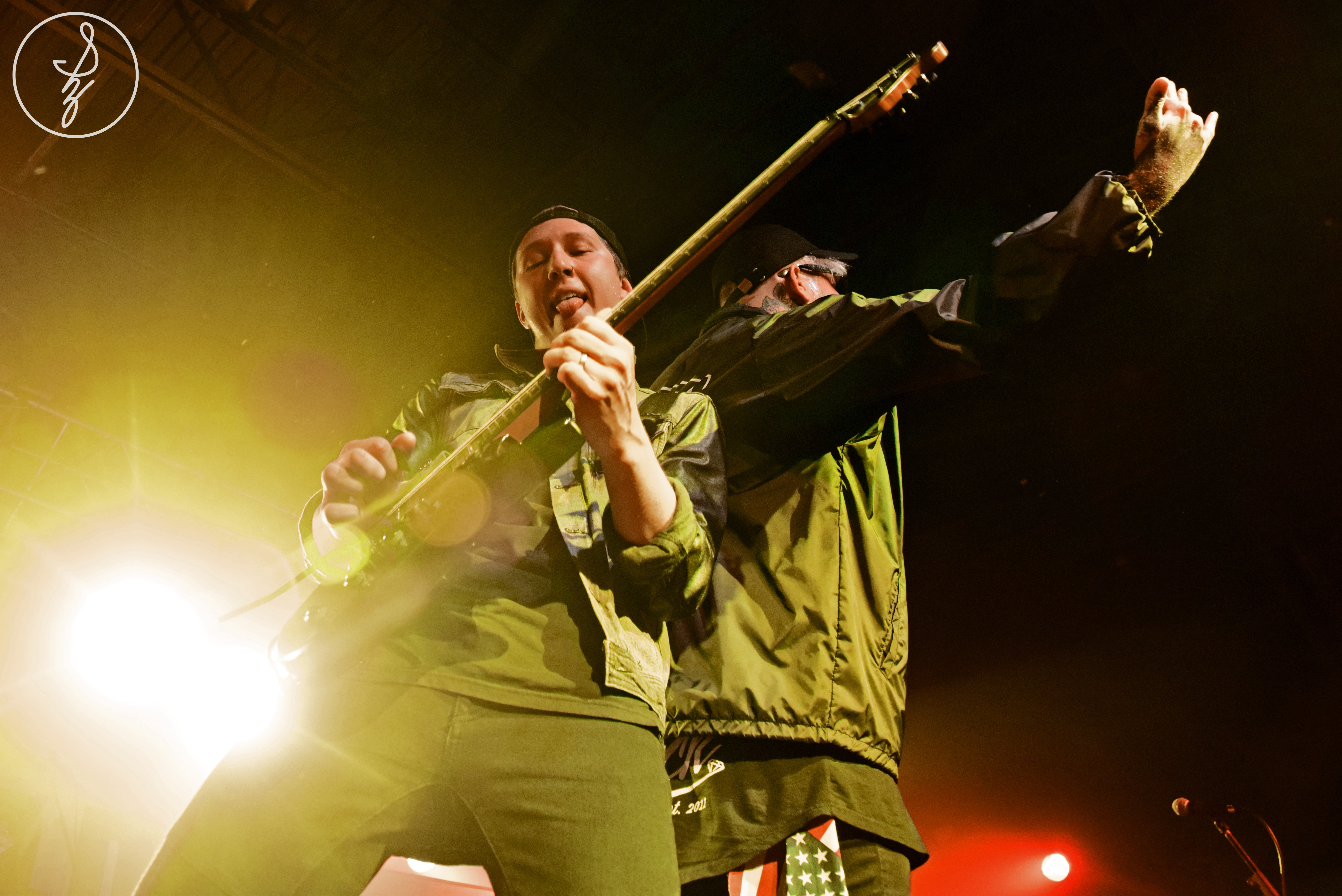 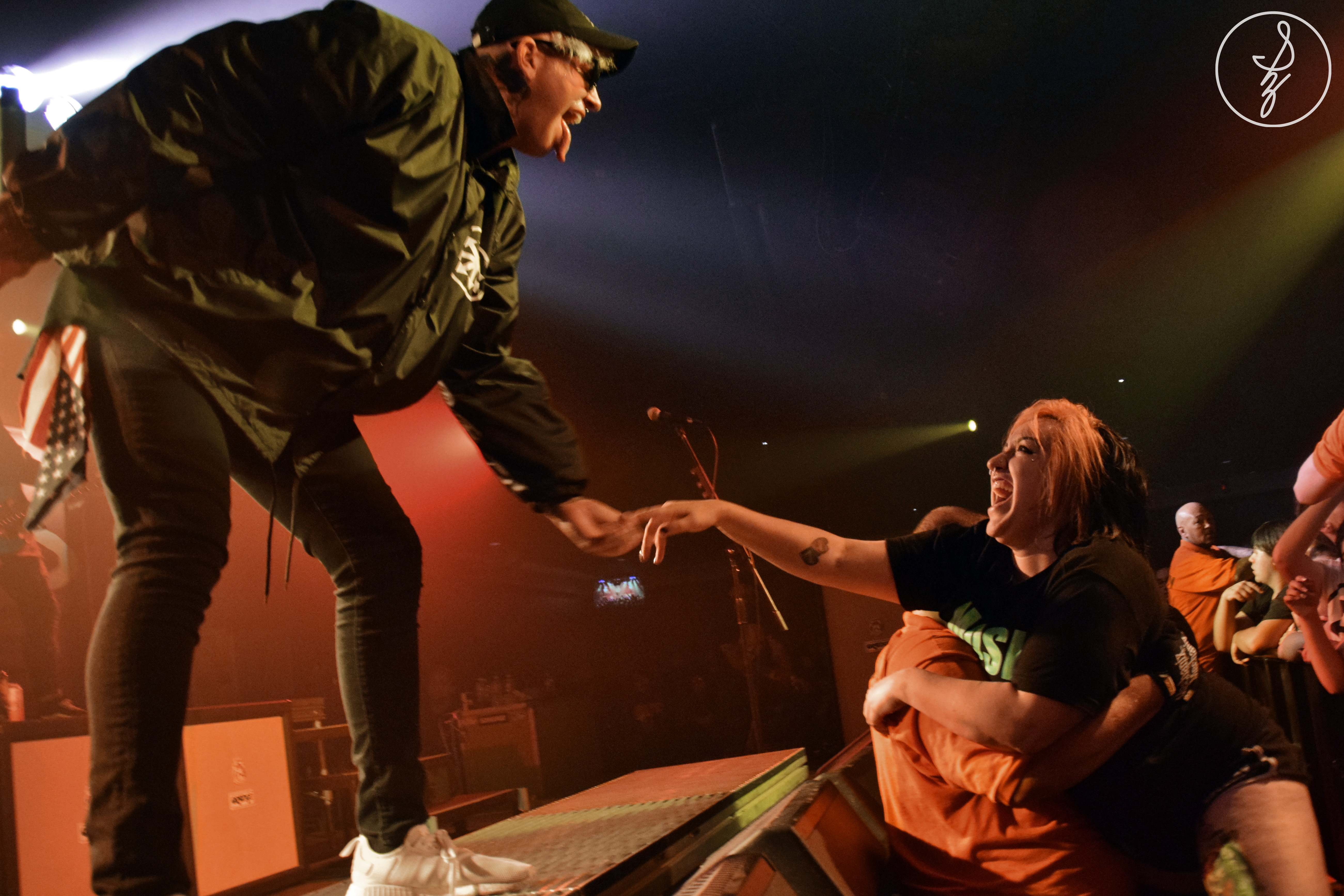 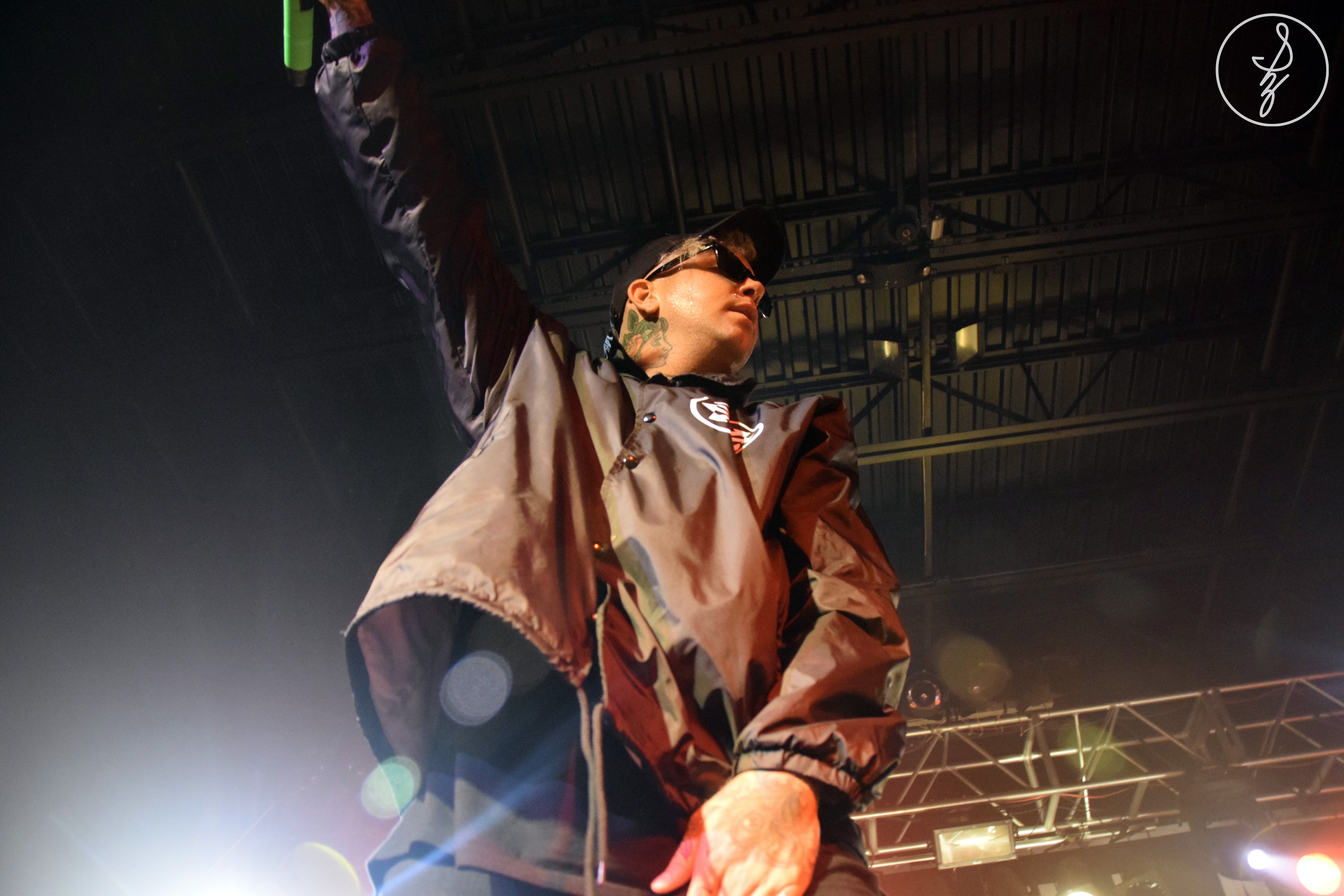