NORFOLK, VA– One of the greatest joys I have been blessed with is the opportunity to listen to fresh original bands on nearly a weekly basis. Attending the larger shows at the NorVa, I give an equal listen to the opening bands as to the headliners. And in some cases in the past, I enjoyed the openers more than the big guys. Being a small, touring opening band is no easy task- the road is relentless, the money is poor, the nights are long and it’s a huge financial gamble to win over the hearts of an audience that largely, didn’t buy tickets to see you specifically, and you only have a 30 minute opportunity on that city’s stage to win the crowd over. 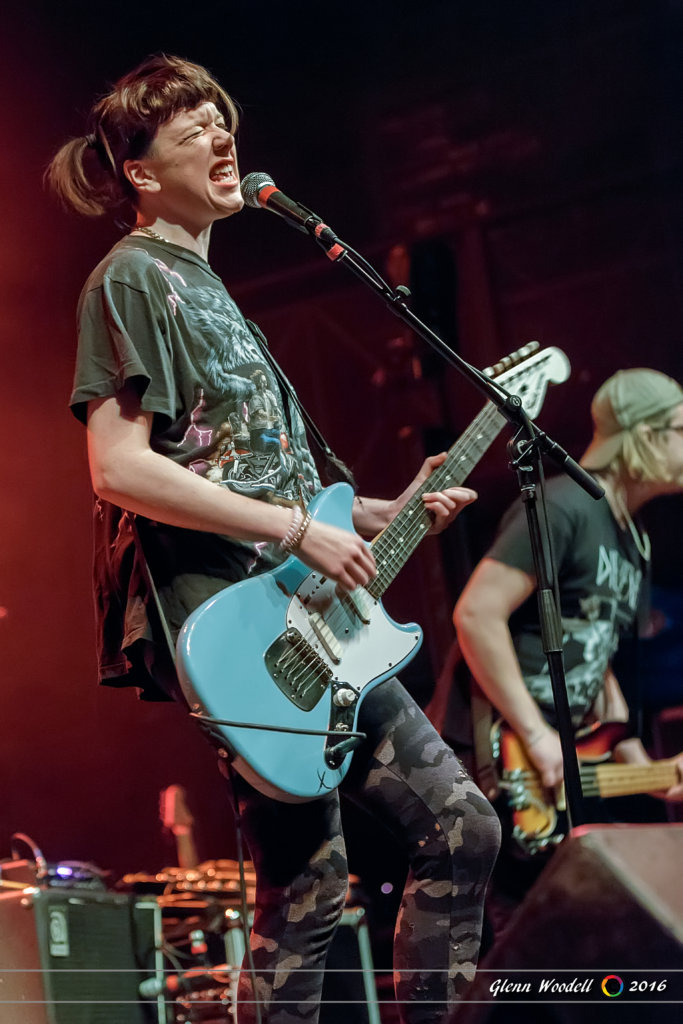 That being said, there has been a lot of buzz over Toronto’s alt/ Rock/ Punk Dilly Dally. Vocalist Katie Monks and guitarist Liz Ball met while in high school, playing musically experimental riffs off of each other’s creative input, and eventually bringing in bass and drums. Upon graduation, they devoted many years of touring before finally releasing their debut album, “Sore”, in 2015. Monk’s aggressive, gritty vocals echoes the sounds of post punk movement of the 90’s while she lyrically touches on subjects such as sexuality and feminism, among others. Their introductory single is “Desire”.

Dilly Dally was tapped to join MUNA and Grouplove for the “Big Mess” tour, and current plans are to return to songwriting for the next album after this tour completes its’ run. Catch this line up at the following dates: