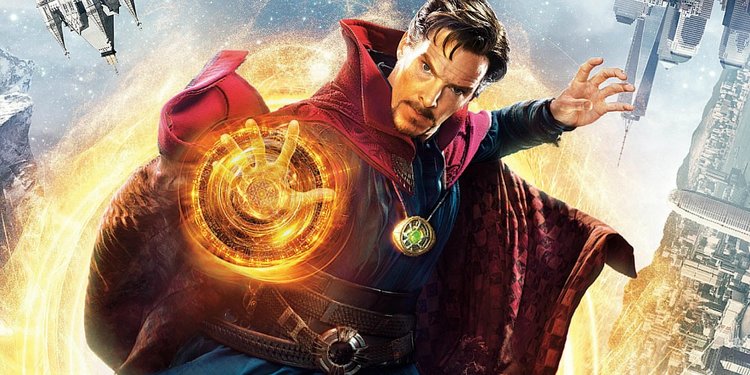 While Disney is by no means on a losing streak in keeping their superhero movie franchise afloat (unlike, ahem, Warner Bros), there is no denying that with fourteen films under its belt, tedium is beginning to set in. While Civil War and Guardians tried their hands at shaking up the universe by introducing darker villains, or infusing itself with a good bit of oddball style, there is no denying that the typical “world in peril” and quip-fest formula that Marvel Cinematic showrunner Kevin Feige set up is in need of some creative life. 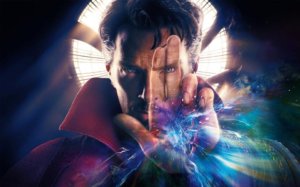 Enter Doctor Strange, the latest and most psychedelic entry in the Marvel franchise. Boasting one of the most “out there” characters, the film easily has the most potential in regards to something unique being done with it, as of course anything can go with magic. Doctor Strange does take advantage of this premise well, providing some genuinely stunning action scenes, as well as finally having a memorable and fitting soundtrack — a first for the Marvel movies. However, while all this might sound great, it unfortunately only made Strange more … disappointing. The trippy CGI might stun you, sure, possibly even overwhelm you at times — but it can’t hide its derivative plot with little to no stakes, cementing itself with Age of Ultron and Thor 2 as one of the weakest links in the Marvel Universe.

For those of you who don’t know the origin of Marvel’s Sorcerer Supreme — which I can’t blame you for, considering he’s more of a B-tier hero popularity wise — the story follows Doctor Stephen Strange (Benedict Cumberbatch), a brilliant, but insufferably arrogant neurosurgeon who loses the ability to reliably use his hands, and through that, his livelihood. This only makes Strange more off a jerk, pushing away his former lover and last true friend, Christine Palmer (Rachel McAdams) as each surgery attempt fails. 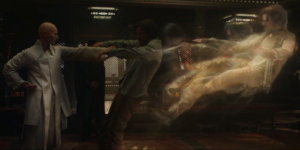 Desperate for a cure, Strange eventually winds up at the doorsteps of the Ancient One (Tilda Swinton), a master of sorcery who opens his eyes up to new dimensions and realities within our own. However, the introduction of unimaginable power and worlds come equally powerful threats against Earth, this time in the form of Kaecilius (Mads Mikkelsen), a former student of the Ancient One who has found a new way for the world to be run — and it’s safe to say that anyone who likes living won’t be a fan of it.

Though the plot synopsis might not clue you in, it’s hard watching Doctor Strange and not see the numerous plot and character similarities from the first Iron Man movie and Tony Stark. While this is more of an issue against Stephen Strange’s comic book origin, that doesn’t excuse the fact that this is essentially the fourth time Marvel has used this same origin story template. (The world is about to be blown up yet again, a woefully underdeveloped villain, a training montage where the protagonist becomes a master in no time at all), I feel like I could have slept through any amount of scenes in the movie and been able to easily fill in the blanks due to how strictly the movie adheres to the formula. This is simply flat out lazy. I will give Doctor Strange one bit of credit though, in that it gives the villain for the inevitable sequel some development and set up, although even this could have been done better.

The script itself feels uneven, with many of the movie’s jokes and quips feeling forced and unnatural of the characters who speak them. Inconsistencies in the plot begin to build as the film moves forward; it is surprising this was at no time realized or pointed out during the movie’s production. 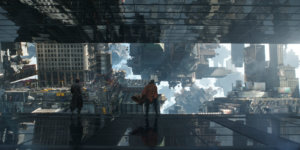 Thankfully, Doctor Strange at least picks up the narrative slack by bringing some truly entertaining visual effects to the table. Although not quite mind-blowing, the things that Strange and his sorcerer cohorts pull off are nothing less than a visual treat, providing an experience similar to that of Inception and The Matrix.

There isn’t too much to argue about acting wise either, as while Marvel may struggle with decent writing, they always knock it out of the park when it comes to casting. Cumberbatch essentially plays a mix of Sherlock, House, and Tony Stark, which ends up working fine considering the character, although Tilda Swinton is easily the highlight here, as she completely looks the part of the otherworldly Ancient One and brings a good bit of liveliness and some of the best lines to the movie. 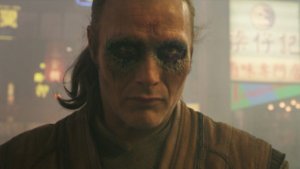 However, perhaps my biggest grievance is how completely wasted Mads Mikkelsen was as the villain Kaecilius. As anyone who has watched the television adaptation of Hannibal, or films like Casino Royale or The Hunt can attest, Mikkelsen is a masterclass actor, and a great person to take over the villain role in just about anything. While he at least has one or two more lines than the average Marvel movie villain of the week—which already isn’t saying much—he is given virtually nothing to work with, and really doesn’t even serve as a decent foil to Doctor Strange. Kaecilius is all about order, while Strange doesn’t want to have any part in the world of sorcery beyond fixing his hands — they really shouldn’t have any beef with one another, but for some reason the plot still forces them to duke it out.

Rachel McAdams’s Christine Palmer doesn’t fare much better as Strange’s love interest, and is largely forgotten about for most of the movie, only to be brought back when Strange gets himself into trouble. Superheroes and action movies have very rarely had any good romantic interest characters—poor Natalie Portman can attest to that after her stint in the Thor movies—but at least they get more screen time than McAdams did here. 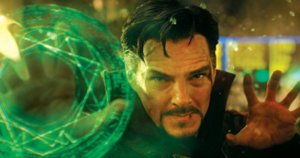 Doctor Strange finds itself operating in a strange limbo of sorts in comparison to the rest of Marvel’s fare. In one way, it manages to set itself apart and take advantage of one of the odder characters in the universe and also uses outstanding visual effects. On the other hand, the film not only brings to light, but also magnifies, the severely lacking scriptwriting that goes into the MCU movies nowadays. It seems no amount of CGI spectacle can hide issues as serious as that, and with many more of these films in the lineup, hopefully Marvel will strike a good balance sooner rather than later.