Article and Photos by: Andres Alvarado

Hard-Rock giants Alter Bridge touched down in Georgia to perform at the quaint Tabernacle venue on a fantastic all-around Sunday for the city of Atlanta. Fresh from witnessing the local Falcons punch their ticket to play in the upcoming Super-Bowl, fans headed to the Alter Bridge concert already on a natural high. Per usual, Myles Kennedy and company kept the feeling going with a rock spectacle of grand proportions. 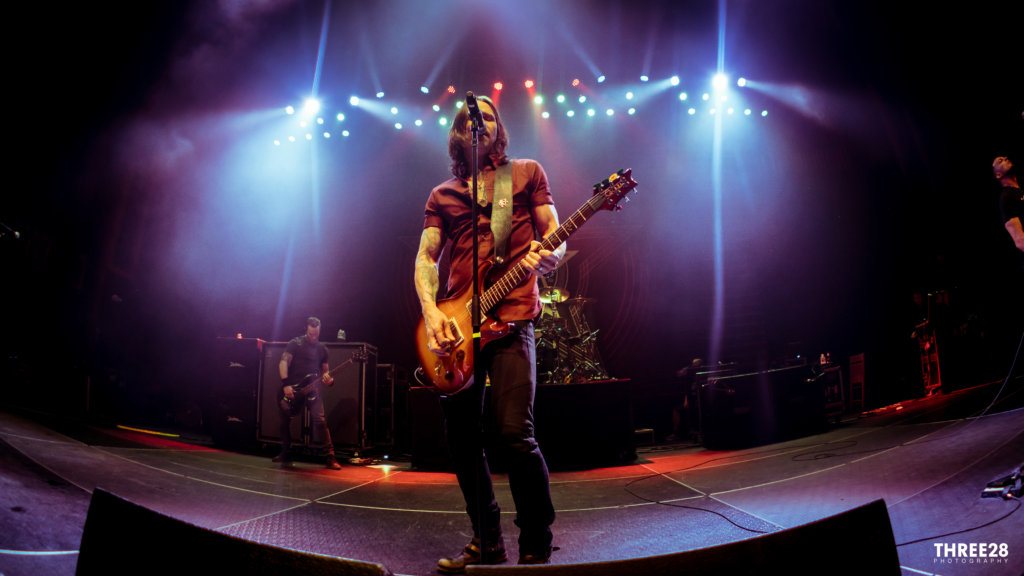 Opening for Alter Bridge were Canadian rockers Monster Truck; the 45-minute showing served well to warm the audience and get the adrenaline rushing for the main act to come. Led by vocalist John Harvey, Monster Truck made the most of their set by performing stand-out tracks like “Don’t Tell Me How to Live” “Sweet Mountain River” and finale “The Lion”.  The Canadians have a classical rock tone to them and are bound to gain fans on this tour as they do not disappoint. Harvey and the boys wave goodbye as they thank the crowd. Alter Bridge was next up.

The frenzy erupts at 9:00PM sharp, when the Orlando, FL. band takes to the stage. Under fluorescent red and purple strobe lights, Alter Bridge wastes no time enlivening the crowd further with a passionate performance of “The Writing on the Wall”. Myles Kennedy is on his A-Game, belting out strong vocals whilst Tremonti and Marshall display top-notch musicianship and grandiose rock-star poses. Not to be left behind, drummer Scott Phillips ties it all together with his astral skills. 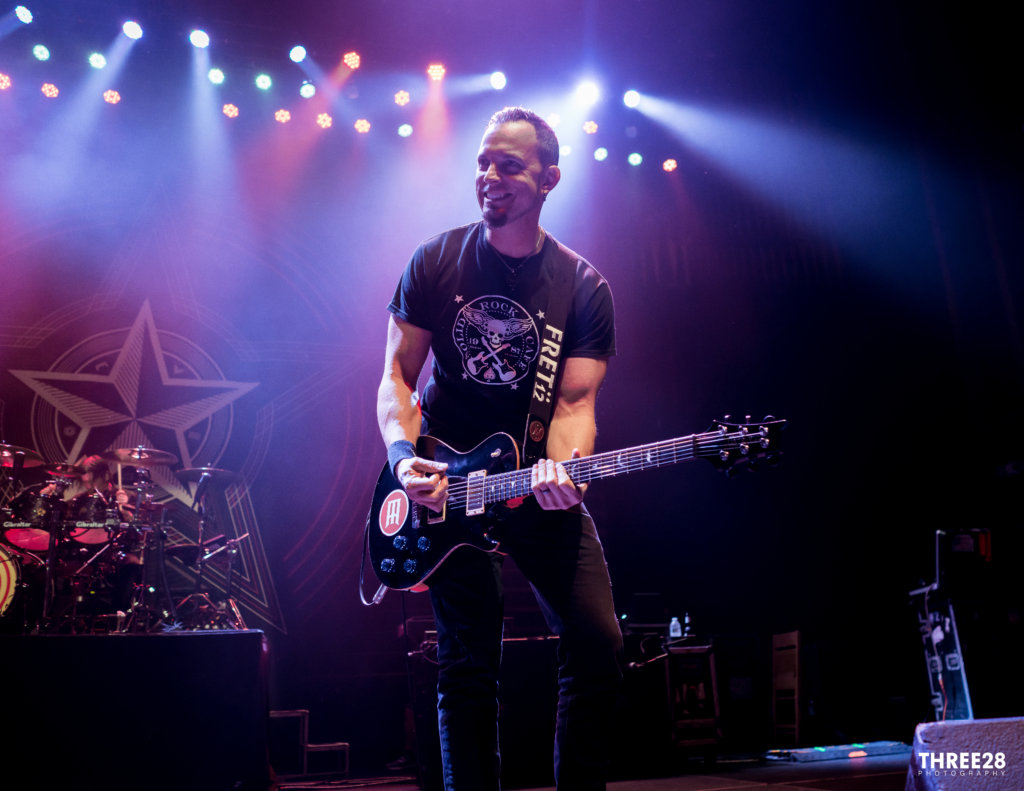 The boys drop the hardcore play down a notch when Myles Kennedy is given the mic and stage to perform a solo acoustic version of “Watch Over You”. Here the crowd bear witness to a gentler and relatable Kennedy, this just makes his fans love him all the more. For the final encore, Alter Bridge give the fans a grand-sendoff with powerful performances to “Show Me a Leader” and “Rise Today” (an apt fit for the locale, after the Falcon’s trademark slogan “Rise Up!”). Alter Bridge came in to perform on a night when Atlanta was buzzing high off an epic win for the city, and somehow managed to heighten the atmosphere. No easy task, but the work of talented musicians. 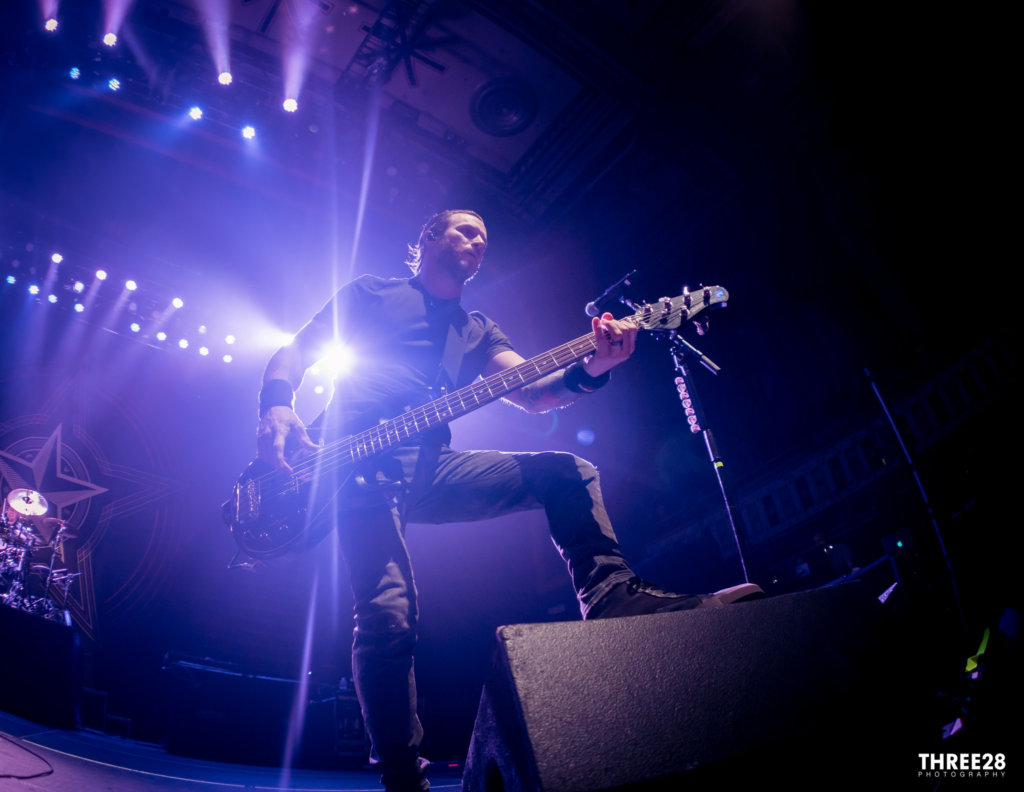 To learn more on Alter Bridge, please visit their website at www.alterbridge.com or catch them on their Last Hero Tour as they hit several markets throughout February. 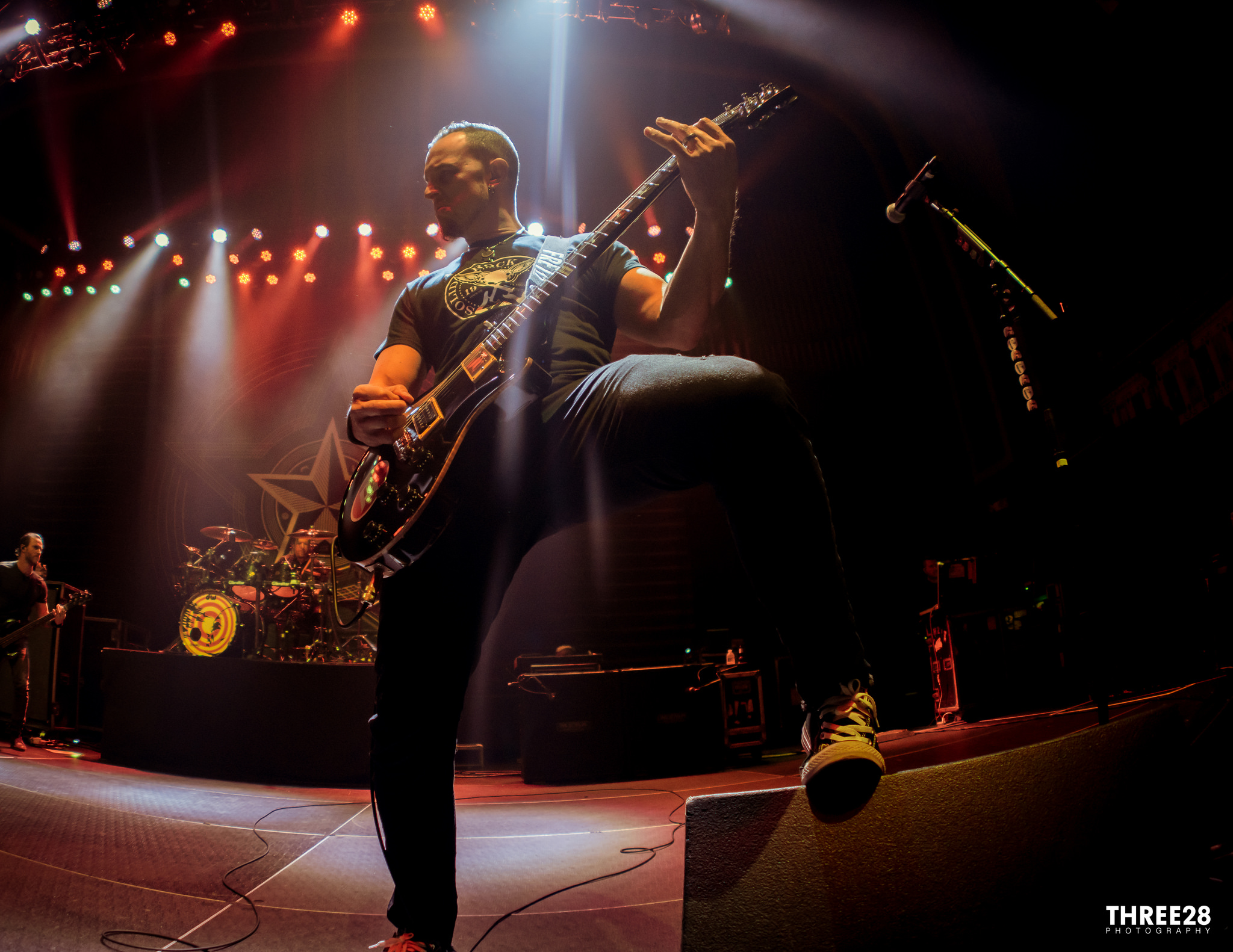 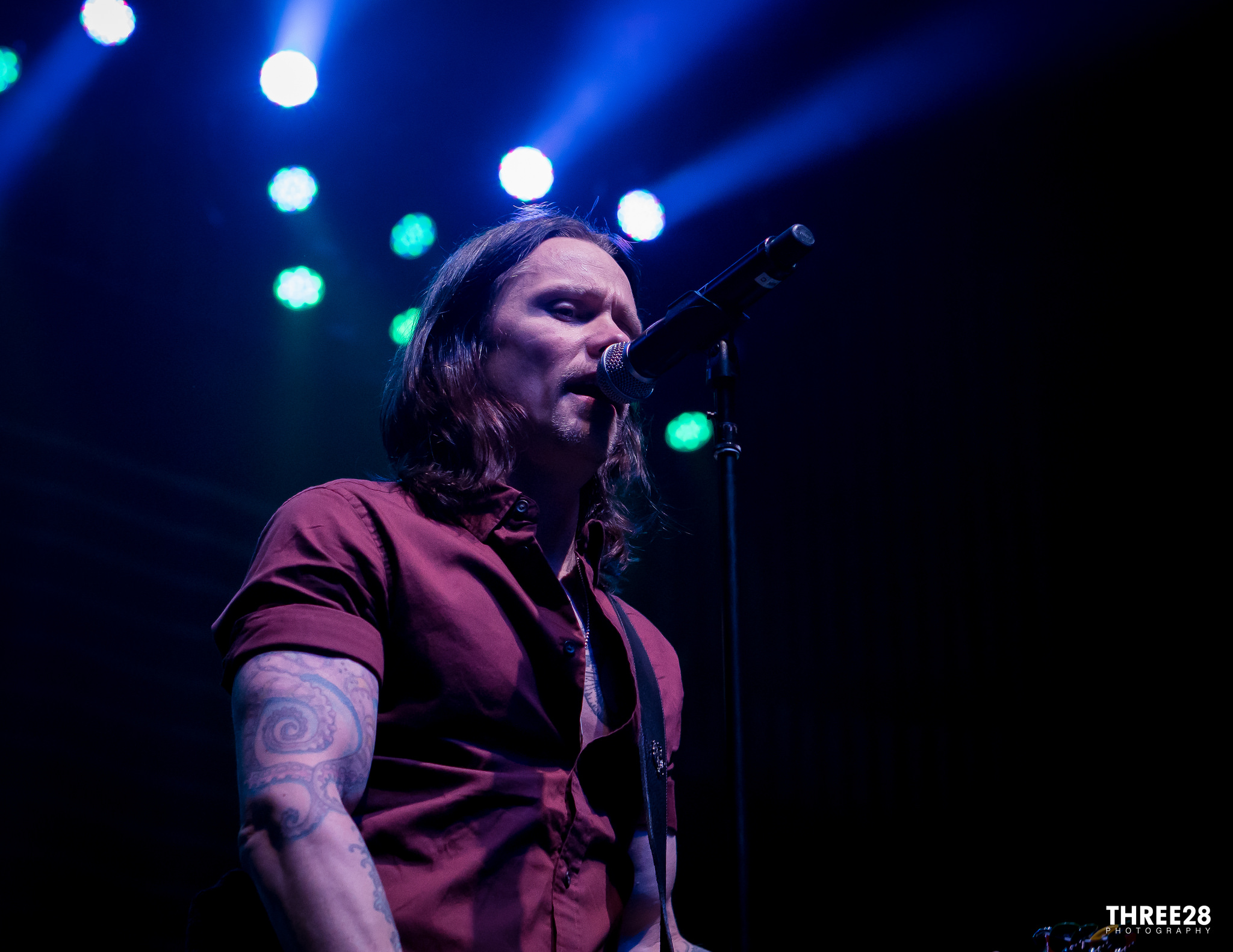 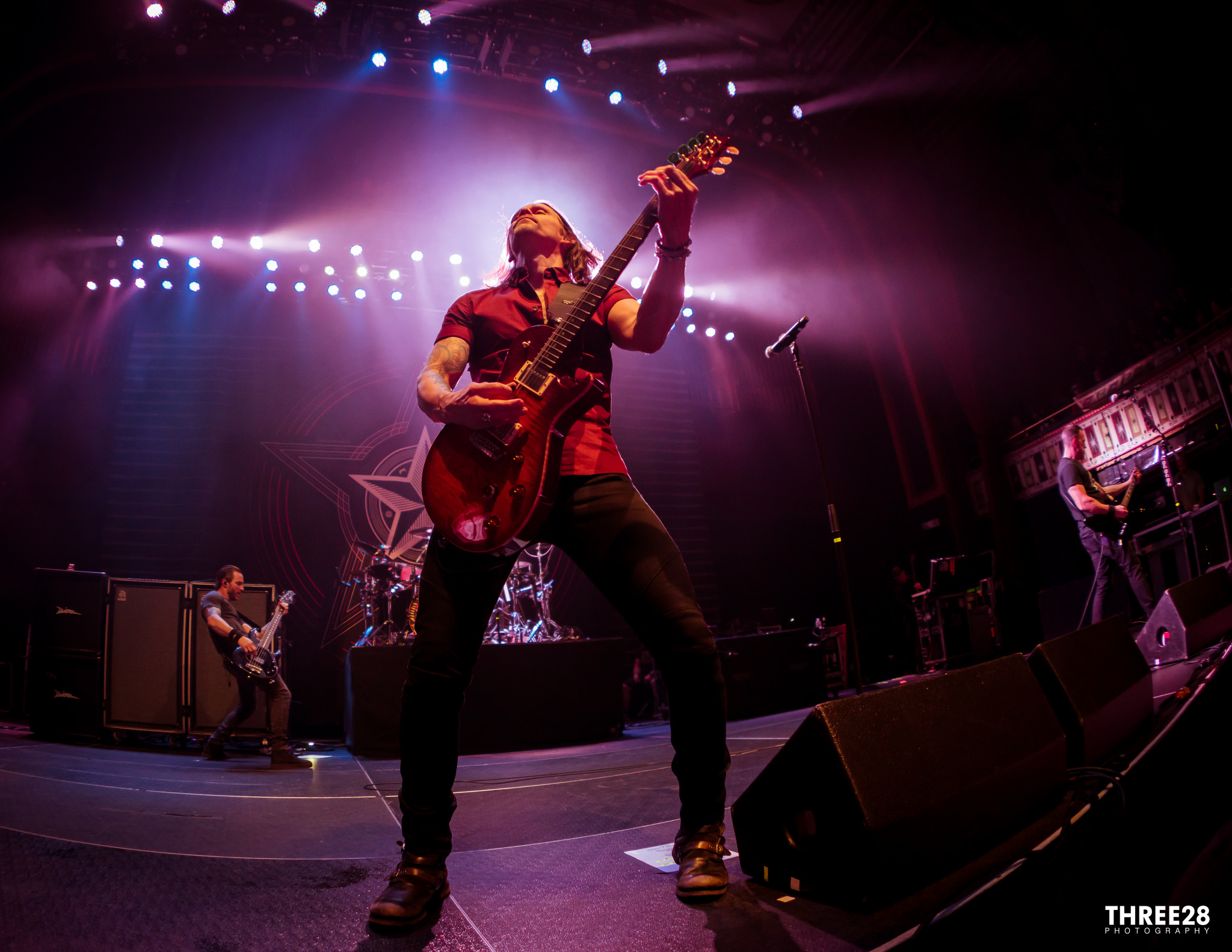 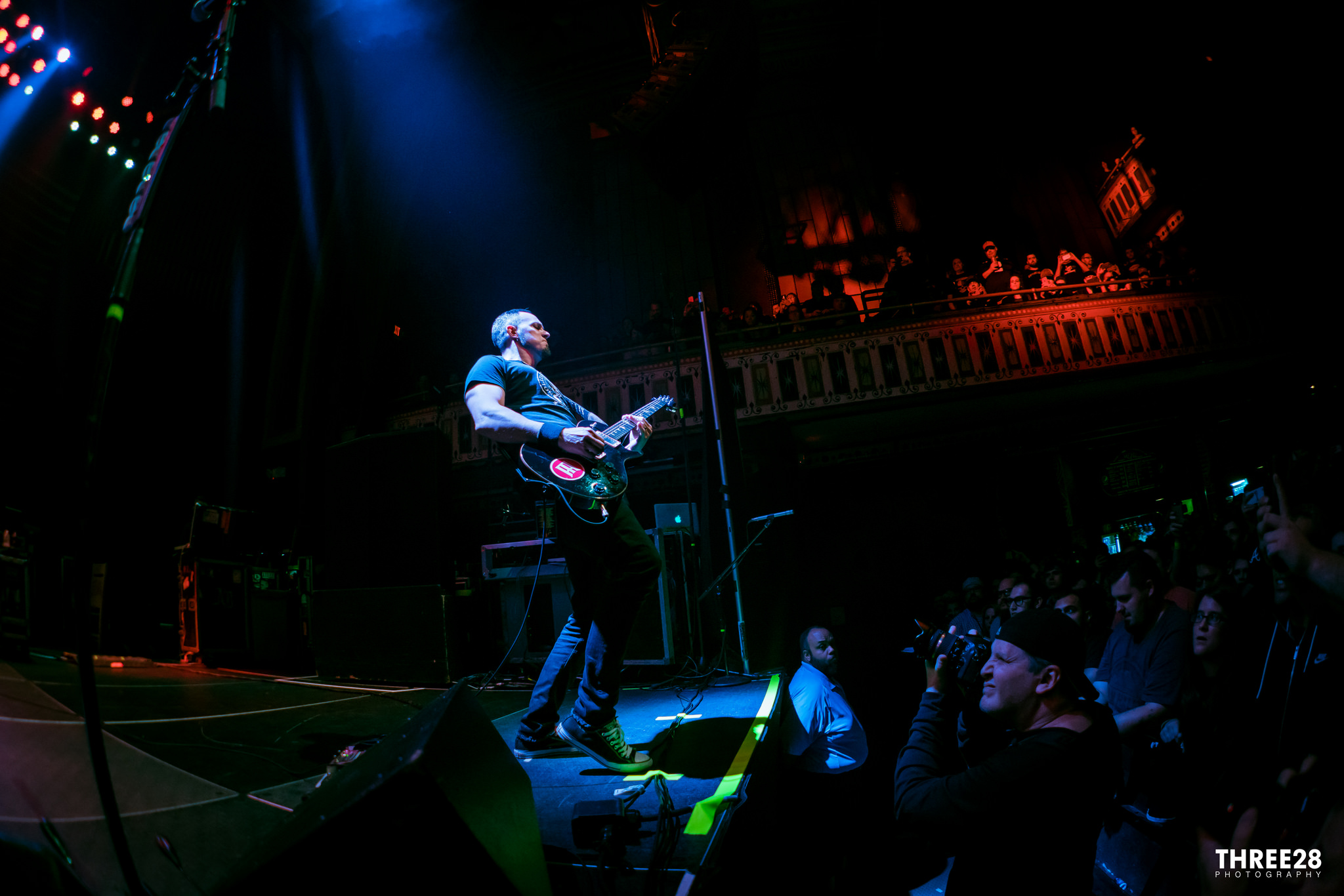 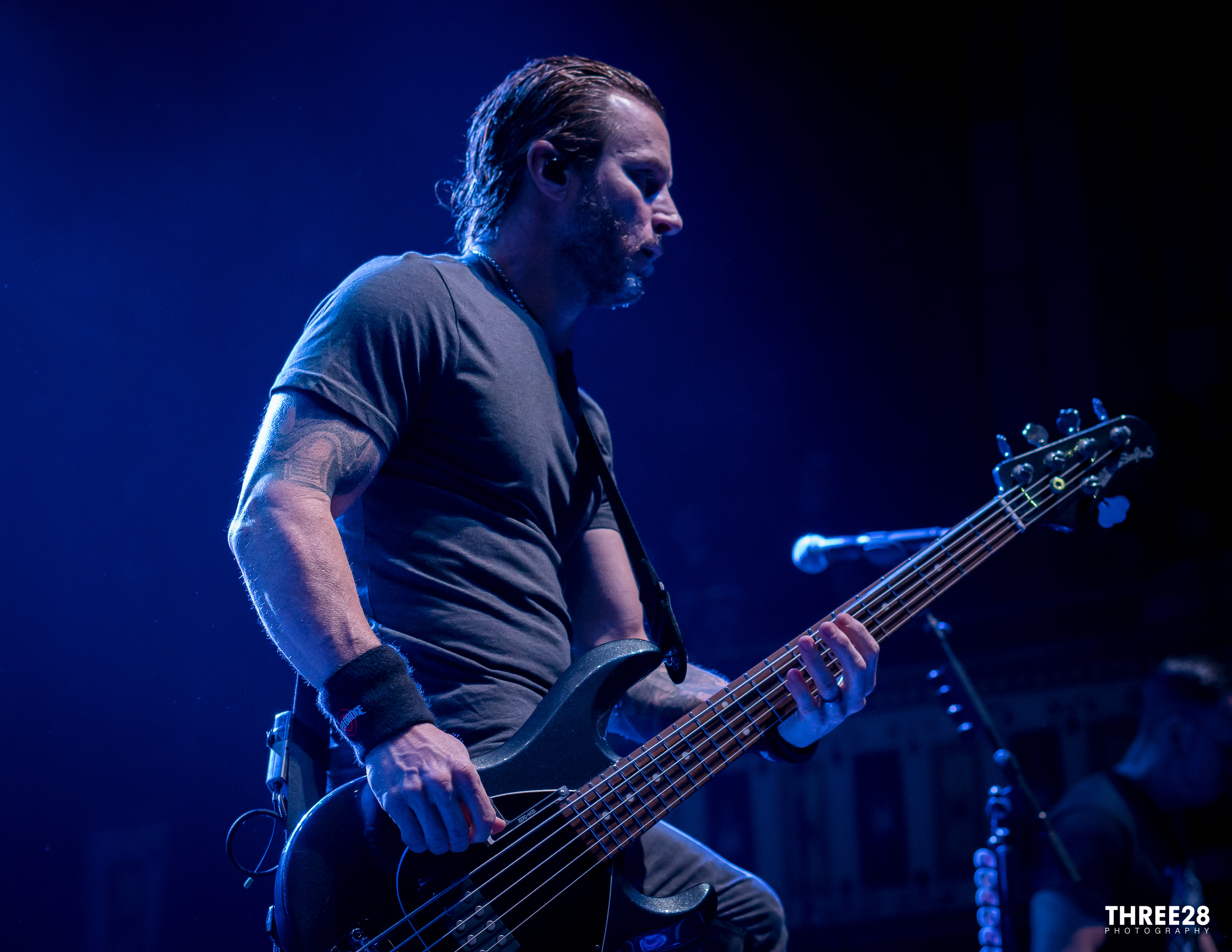