You are here
Home > FEATURED > Gems of Gaming: STRANDED DEEP

This series explores video games that stand out from the masses, yet did not receive the attention they deserve. Be it their unique or timeless gameplay, their love for detailed graphics, or an inventive approach to storytelling – whatever sets these games apart is what makes them true gems of gaming.

It was supposed to be just another routine flight on your fancy executive jet. When turbulences hit and rip the plane apart, it splashes down somewhere in the middle of the Pacific Ocean. You barely escape the fiery wreckage before it vanishes into the deep. As merciful unconsciousness gives in to the reality of a clear blue sky, you find yourself alive, yet alone with just the clothes on your back, a lifeboat with a paddle, and the endless opportunities of an island paradise in front of you that is as beautiful as it is deadly.

For as long as you can.

Released in early 2015, the game takes the idea of being stranded on tropical island to a contemporary open-world/sandbox environment. There are no set story paths to follow, no missions to accomplish, or secrets to uncover. Survival is not an elusive goal one can reach and tick off of their to-do list, it is an ongoing grind. Stranded Deep offers the tools and the playground for players to get creative and bring their way of surviving to fruition.

The fundamentals of survival (in real life as well as in gaming) are rather quickly explained: find shelter, build a fire, find water, then food. Above all, maintain a positive attitude. Their interpretation, however, is up to each player. The choice is yours – and every decision right until it is wrong. Want to fell a palm tree for its coconuts instead of climbing up to pick them by hand? Sure, go right ahead. You will have to live with the consequences, after all. Choices – they’re all you really have. You can chose to either live a decelerated life of simplicity and solitude or chose to deplete whole islands and rule the sea from your extravagant fortress. There’s no right or wrong when you make it through yet another day.

Don’t let yourself be fooled by sandy beaches, palms, and sunsets – no paradise is without its snake. There’s more to survival than to eat, drink, sleep, and explore. Snakes, sharks, poisonous sea plants, raw food, dull tools, firewood shortage, hunger, thirst, sleep deprivation, bad weather, and loss of orientation –pesky inconveniences and looming threats are “out to get you” every which way. 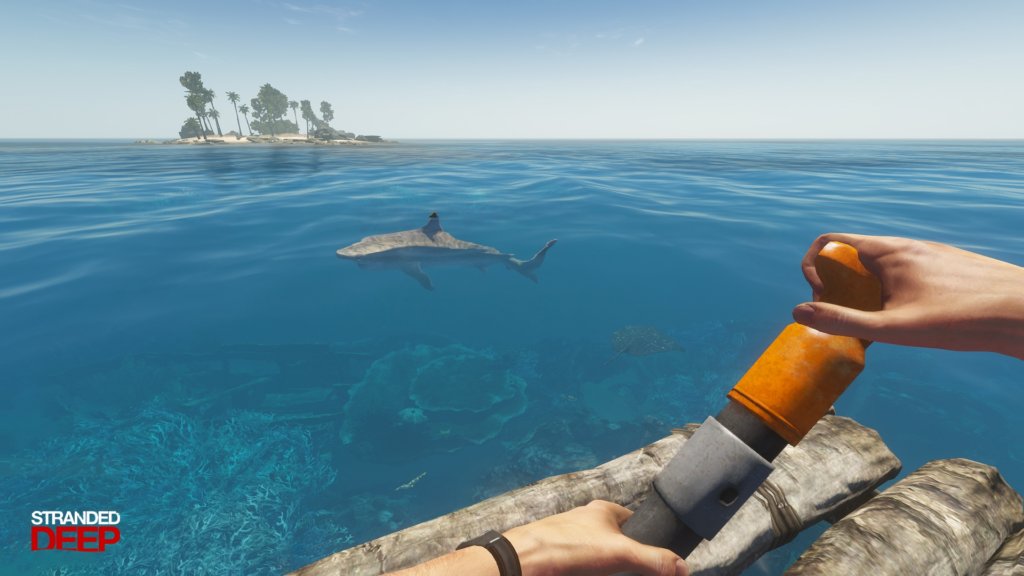 Stranded Deep was published as part of Steam’s early access program, which allows developers/studios of smaller indie game titles with limited financial scope to release playable but highly unfinished versions of their game. With each new iteration, customers who bought the work in progress playtest new content, find bugs and provide feedback to the developers. The early infused capital allows developers to work on a game they otherwise couldn’t afford to work on. With early access, customers buy more into the idea of what a game can potentially be than into its current state. Participants in early access games are optimists, they have to be. It all comes down to the question of trust: Does a player trust the developers to deliver on their ambition to make this a great game? BEAM Team Games, currently comprised of Ben Massey and Sam Edwards, are based in Brisbane, Australia. They know their oceans, and know their sandy beaches. They know their sharks. And their idea of an island-hopping survival game hit a nerve.

Purchasing and participating in an early access title is a gamble. The pace of making a videogame is slow at times, especially with such small teams. Development will eventually hit a few pumps or take longer than expected. For example: working on Ceto, Beam Team’s custom ocean asset for the unity engine, took a lot of work behind the scenes that did not produce immediately visible changes. Only later did the results enthuse players and devs alike: real-time buoyancy, subsurface scattering, and god rays simulate an ocean that changes its color and visibility with the time of day and the position of the sun. In other areas, the team was forced to accept temporary setbacks in order to get core functionality up and running. The perma-death system was changed to a traditional save and load gameplay. The (potentially infinite) number of procedurally generated islands within the borderless sandbox was reduced to a 5×5 grid of randomly generated island grids, yet extended to include a map editor and exchangeable maps between players. Game development is a process, a succession of ups and downs. A detailed roadmap summarizes past achievements and the upcoming milestone goals. Recent player statistics give reason to hope that the ambitious concepts and drafts presented on the game’s trello page will find their way into the survival simulation. Eventually, the infinite open world will return to Stranded Deep and with it the authentic, threatening feeling of being truly lost.

There are no guarantees whether Stranded Deep or any other early access title will come close to seeing an official launch date. Why take the gamble then? Because it can be incredibly rewarding. Players get the opportunity to play a game long before it would have seen the light of day with a traditional development cycle. They can fall in love with a game several times, feel its character change and see it grow to be a more wholesome experience.

Stranded Deep will be in development for quite some time. So, if you’re in need for a game to entertain you for a few hours every few month over the next few years, let Stranded Deep take you to that faraway archipelago. 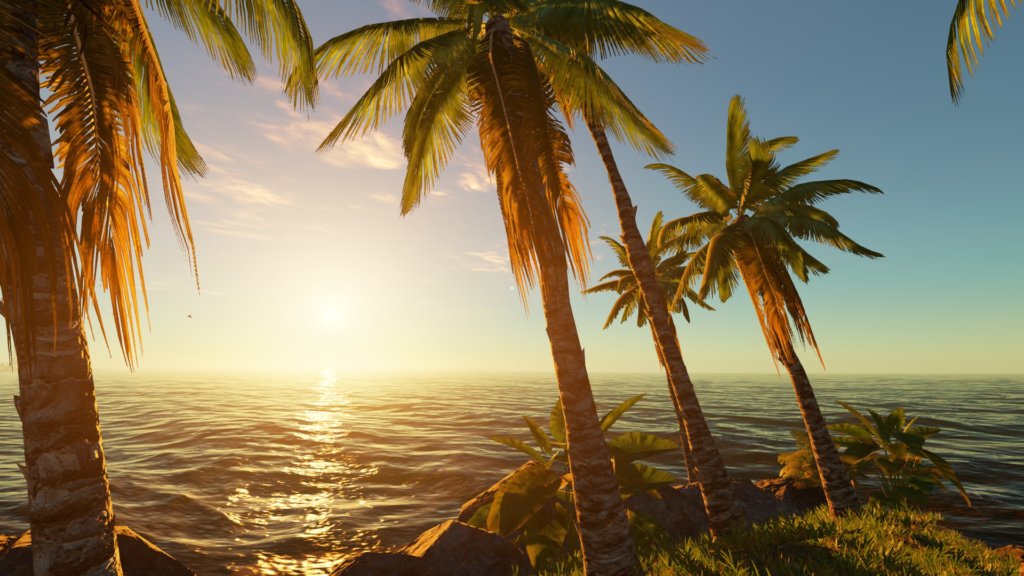 Clearly, the tropical island setting of Robert Zemeckis’ Cast Away (2000) served as cinematic inspiration for Stranded Deep. Earlier versions of the game even contained two items that were of great importance to Tom Hanks’ character in the film: a FedEx parcel (referred to as DeadEx ingame) and Wilson (renamed to “Wollie”), a volley ball with a painted face as Hanks’ silent companion. That’s how you pay homage across art forms. Want to tickle your selachophobia? Then it’s about time for that annual viewing of Steven Spielberg’s Jaws (1975) – and no, Sharknado is not a valid alternative. In case you belong to the reading tribe, give the mother of all survival stories a chance. Granted, Daniel Dafoe’s Robinson Crusoe (1719) is a tiring read when you read it as a novel. When read as the educational scripture it is, as a crafty survivor’s manual, however, it may grow on you. It also allows an interesting peek into the psychological strain of surviving all by your lonesome. Want to get serious about surviving and living in the wild? Make sure to head over to the Primitive Technology channel and let yourself be amazed by the housing one can build with what one can find in nature. Regarding the ever-present coconuts, let Samoan chief Kap Te’o-Tafiti introduce you to the art of husking a coconut.

Surviving an island paradise is too easy? Give The Long Dark a try, which takes the survival game to a harsh, cold, and dark northern wilderness. Take it up with frostbite and grizzly bears instead of sunburn and great white sharks.