NORFOLK, VA- Bonnaroo. Coachella. Firefly. Austin City Limits. Who has played at all of these impressive, big-name festivals? Big Gigantic, that’s who. Combine fantastic stage lighting, a full booming bass sound (extra cabinets abound), and the catchy engrossing beats of electronica with a skillful layer of live drums (Jeremy Salken) and exuberant sax (Dominic Lalli) – these ingredients add up to what young people are listening to today. It’s not mom and dad’s rock and roll. This is the sound of the future, and the average age of the attending audience is proof positive that “livetronica” has the pulse of the next generation.

Promoting their newest album Brighter Future, Lalli touts music as the ultimate universal language, able to convey emotion through melody regardless of cultural differences or age groups. Wanting to support a “Big Gigantic Difference,” the group generously offers on http://www.biggigantic.net/ a free download of the album, which is a collaborative effort featuring such names as Waka Flocka Flame, Rozes, and Naaz, among many others. 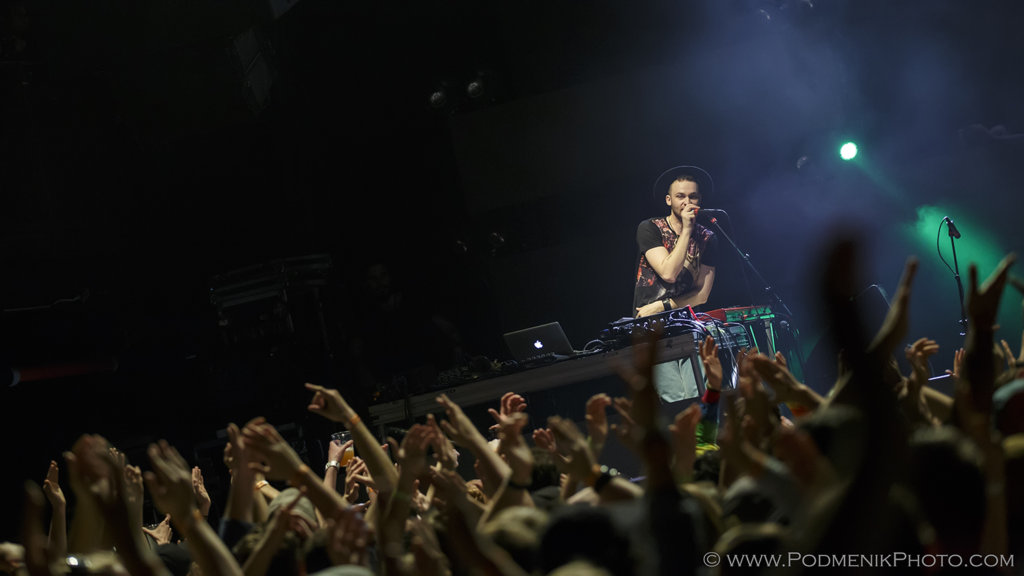 The hottest name in hip-hip right now would be Chance the Rapper, and our opening band Brasstracks (Ivan Jackson and Conor Rayne) are part of the creative force behind the hot single “No Problem.” Brasstracks merges rap with a healthy dose of jazz and blue-eyed soul in a fresh, exciting series of partnerships with a roster of fellow musicians in an exploration and expansion of livetronica. Similar to Big Gigantic, Brasstracks utilizes drums and trumpet to enrich the musical experience. Catch these groups on tour in your city.