Just east of downtown Los Angeles, where multi-million dollar skyscapers glare down over those that outshine them with nothing but aspiration, sits a perplexing watering hole straight out of a Spaghetti Western. The Escondite, a.k.a. The Hideout, is strategically weathered and criminally dark.  It is one of those spots Angelenos stumble upon after a long night of questionable decisions, but vow to return because it delivers in a way other Los Angeles venues cannot. Whitetail antler chandeliers hang from the ceiling as the American flag enjoys its one-man show under the bright spotlight of the tiny, elevated stage before the band steals it all away. Often the first stop for Nashville talents testing out the onerous LA market, the Escondite hosts a number of delights in the Ameripolitan genre, such as Michael Monroe Goodman, Jaime Wyatt and occasionally, two-time Ameripolitan Award nominated, The Ponderosa Aces. These outlaws were hosting a small send-off party here before leaving for the award ceremony on February 15, and since they are hard to catch north of Long Beach, I couldn’t wait to finally hear them live.

The Ameripolitan Awards was created specifically for artists like The Ponderosa Aces, talent that otherwise may be missed by the Grammy’s or the CMA’s, because they don’t have the mass marketing machines behind them to convince people what good country music is. Created in 2014 by Dale Watson and Phil Doran, the ceremony honors sound in Outlaw, Honky-Tonk, Rockabilly and Western Swing. Since it’s inception, it has helped artists like Margo Price, Whitey Morgan and Jesse Dayton broaden their fan base. This year marks the second nomination in the category “Outlaw Group of the Year” for The Ponderosa Aces and this time they are up against popular groups like “The Dallas Moore Band” and “Tony Martinez.” But for these California boys, the nomination itself means open doors and recognition amongst peers, since it is fans and peers that do the voting. 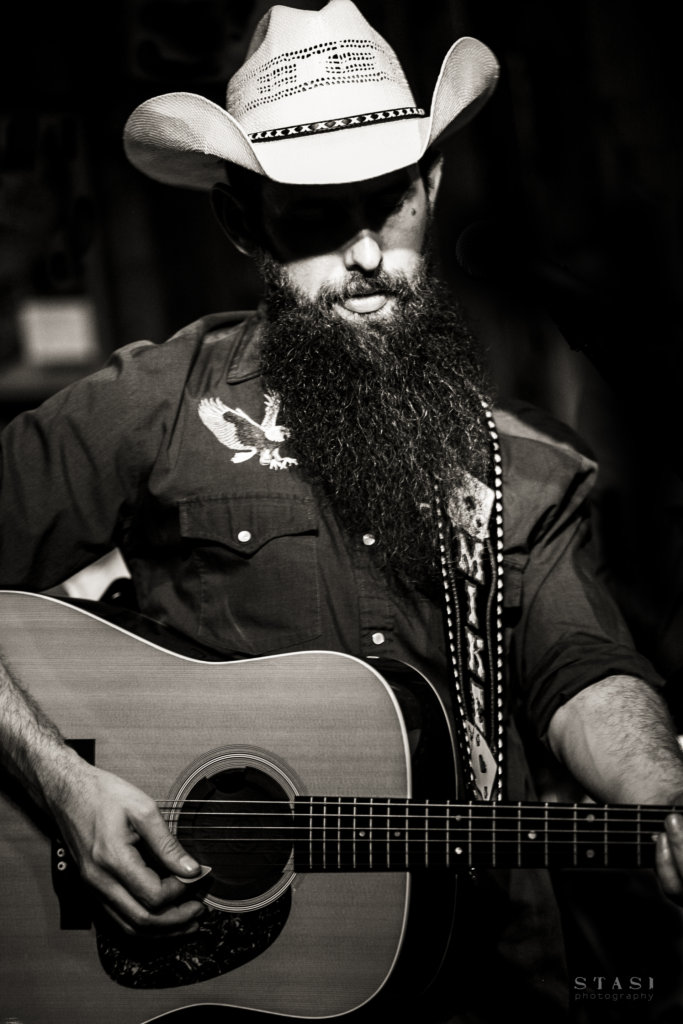 It was definitely an art form fitting the five-piece, Stetson-clad group on the stage, but these sedulous souls are no strangers to singing for their supper in peculiar settings, as they have gigged out the west coast tirelessly. As they worked out sound check, I enjoyed the gratification of sipping on a beer called Sex Panther while chatting with bassist, Johnny Bottoms. “I’ve never been to Texas,” he told me when I asked him if they were excited about the upcoming ceremony in Austin. Had we been anywhere but California, that statement from a country musician could have caused a record scratching room-freeze. “But hell, I’ve been to London and none of these guys have,” he continues with gracious panache. Originally from New York, and the only member not from California, Bottoms is the studious looking one of the group, seeming less outlaw and more pro cyclist. He is definitely excited about seeing Texas for the first time, and since the group will be playing a few gigs surrounding the award ceremony, he will get a proper introduction.

The band opened the set with “Firey Skies,” where pedal steel player, Steven Meister, and drummer, Arthur Rodriguez, transport the multi-culture filled saloon straight to the past. The perfectly named Ponderosa Aces sound exactly like what you would expect, a dusty desert town just before a gun fight. They follow with “All My Chances,” a sneak preview of their next album, but also tale of where they are right now, as lead singer Mike Maddux uses his cavernous vocals with precious conviction. Lead guitarist, Alex ‘Hoss’ Griggs, leaves a distinct impression with his mature understanding of the genre’s sound, bringing just enough Telecaster to keep it tight. “Honky Tonkin My Life Away” is probably the defining song for the Aces. In a bigger venue, this contemporary classic would easily be the most requested two-step song. It has all the bygone romance of a Bob Wills number with the ambiguous edge of Asleep at The Wheel. The favorite song of the night was “Make Things Right,” as they performed it with the fervor of a drunken neighbor spinning donuts on his John Deere after a mean fight with his ex-wife. 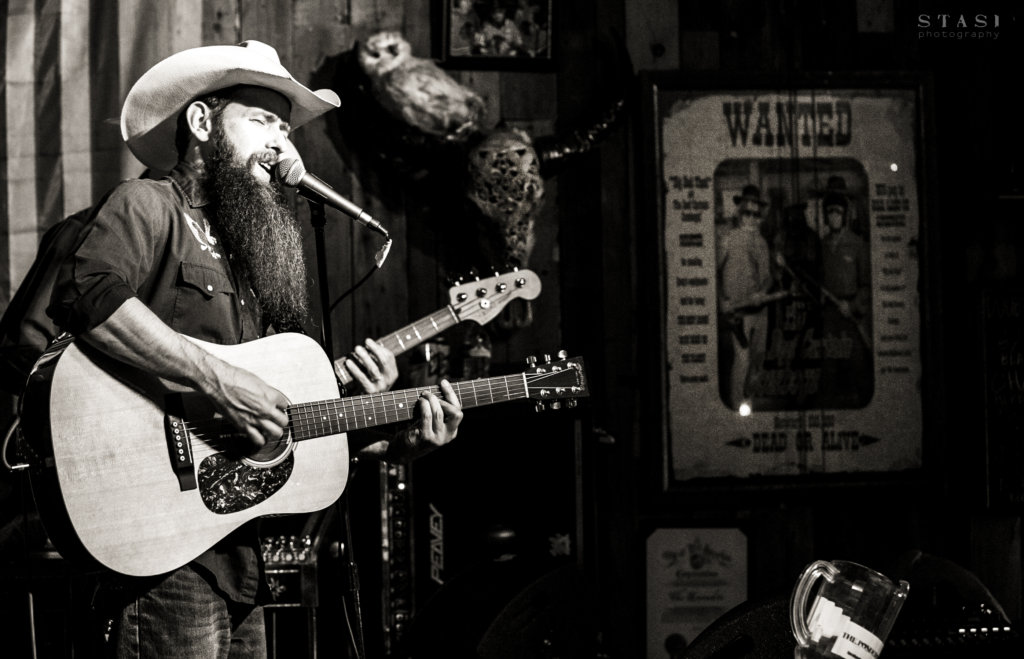 The Ponderosa Aces know how to make music that feels like your heading home after a long haul on the I-10, at sunset. This band of brothers is unafraid to experiment or improvise, and are about the most hospitable group of artists you could ever hope to meet. Southern California wishes them the best at the Ameripolitans. They’ve certainly earned it.