NORFOLK, VA- An evening that offered a little something “different” from the norm- and nearly a sell out. Coming off the heels of a sold out show in Charlotte, NC, In This Moment‘s “Half God Half Devil” tour featured a troupe of leggy Rock and Roll burlesque dancers, followed by Grammy award winning and Slipknot co-founder Joey Jordison’s newest project VIMIC, and the macabre Motionless in White all as appetizers for the main course on a Sunday night in Norfolk. 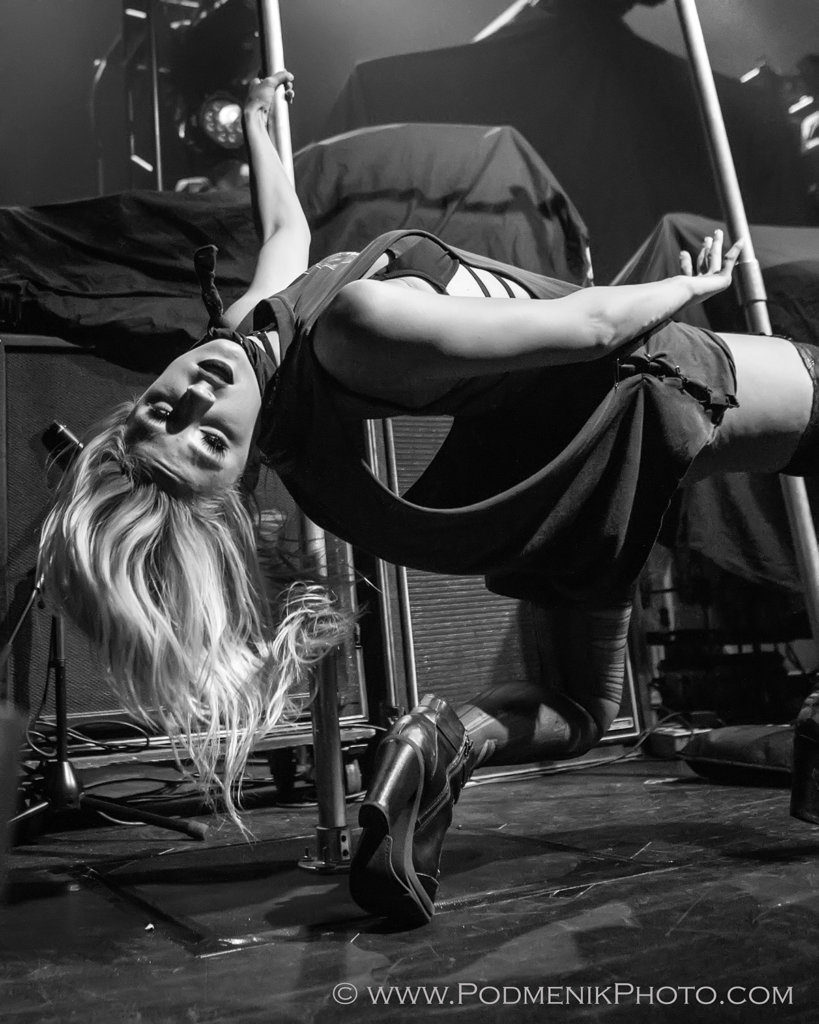 Layers of speakers, amps, cables, and other sundry items from a stacked and packed stage forced the “Badass Babes” of Little Miss Nasty into a corner of the platform to perform their edgy gyrations, spins and hair flips on a portable pole rack, all to an alt-metal soundtrack while attired in garters, shredded thigh high hose, and school girl uniforms that only a woman could wear. Next up was VIMIC, the vocalist Kalen Chase -a Johnny Winter look-a-like with a flowing mane of icy hair-showed off a pedigree earned by working with Korn. VIMIC’s 8 song set list opened up with “Marionette” and “Simple Skeletons” from their anticipated first album “Open your Omen”. A round of crowd surfing closed the set, and Chase, accompanied by keyboardist Matt Tarach, wound their way through the audience in an informal meet and greet with photo opportunities for new fans.

Motionless in White was not the typical run of the mill Goth group devoted to all things Tim Burton’s active imagination has spawned, but surprisingly showed some funky musical chops that a live setting highlighted, even dropping an amazing cover of System of a Down‘s “Chop Suey” mid set. Chris Motionless towered above all in platform black laced boots, dedicating the recent release of “Eternally Yours” to all of MIW’s fans. 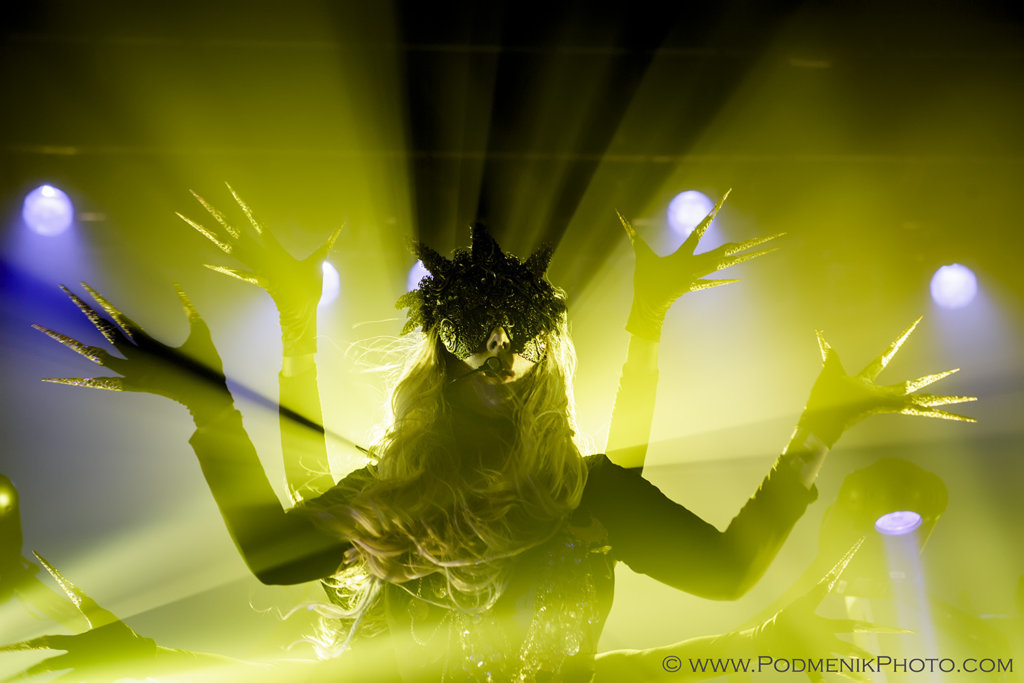 Cue an immense amount of fog and then double it. The entire venue was progressively pumped full to create atmosphere, however the drawback was that the audience’s ability to view the band from the back of the venue was highly obscured. In This Moment’s performance is as much theatrical as it is musical, featuring a series of small vignettes to illustrate each group of songs. Pauses for elaborate costume and prop changes enhanced the experience. Chris Motionless appeared for a duet with Maria Brinks for new single “Black Wedding”, from In This Moment’s sixth studio album “Ritual”, due to be released July 21st. The night concluded with a balloon drop for encore song “Whore”. The “Half God Half Devil” tour is a must-see event with a musically strong line up.