INDIANAPOLIS, IN—PVRIS fans waited patiently outside of Old National Centre for at least 6 hours before the show on July 5th just so they could ensure that they would be one of the first in line to see the trio. Even arriving two hours before doors opened, the line was already wrapped around one side of the venue. 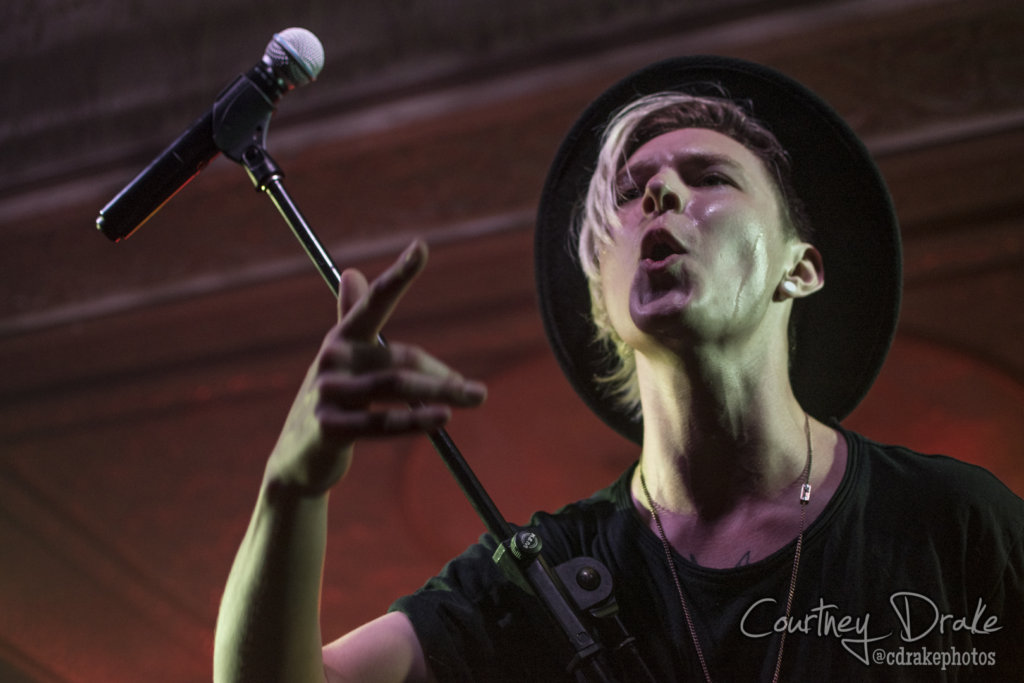 Once inside, the crowd gathered in the Deluxe room & waited—no longer very patient—for the show to begin. Indianapolis natives We Are Forever opened up the night, all smiles throughout their whole set. The crowd responded well to their poppy & upbeat sound, though it did take a couple of songs before they really came into it. 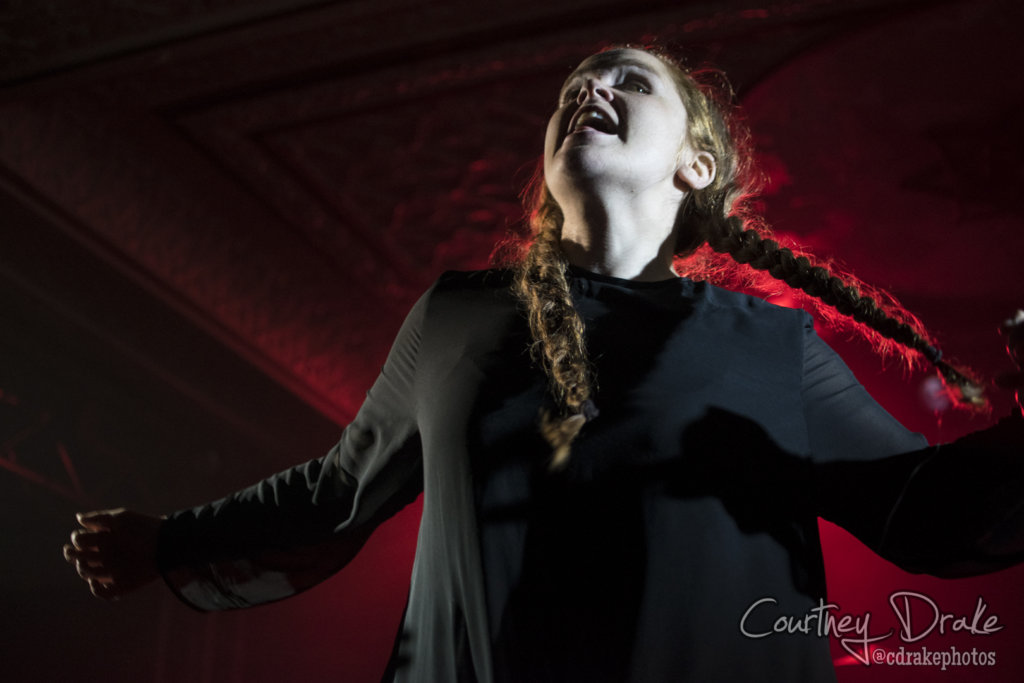 Flint Eastwood was next, & she looked exactly how I had pictured her—from her hat & pigtails down to her boots. What I did not expect was her intensity & presence on stage, which had me absolutely enthralled with her the whole time she was in the spotlight. The crowd was clearly taken aback by her at first but was eventually just as impressed with her as I was, given that she gave them no choice but to participate in her breathing practices & singing, unless they wanted to be individually called out. 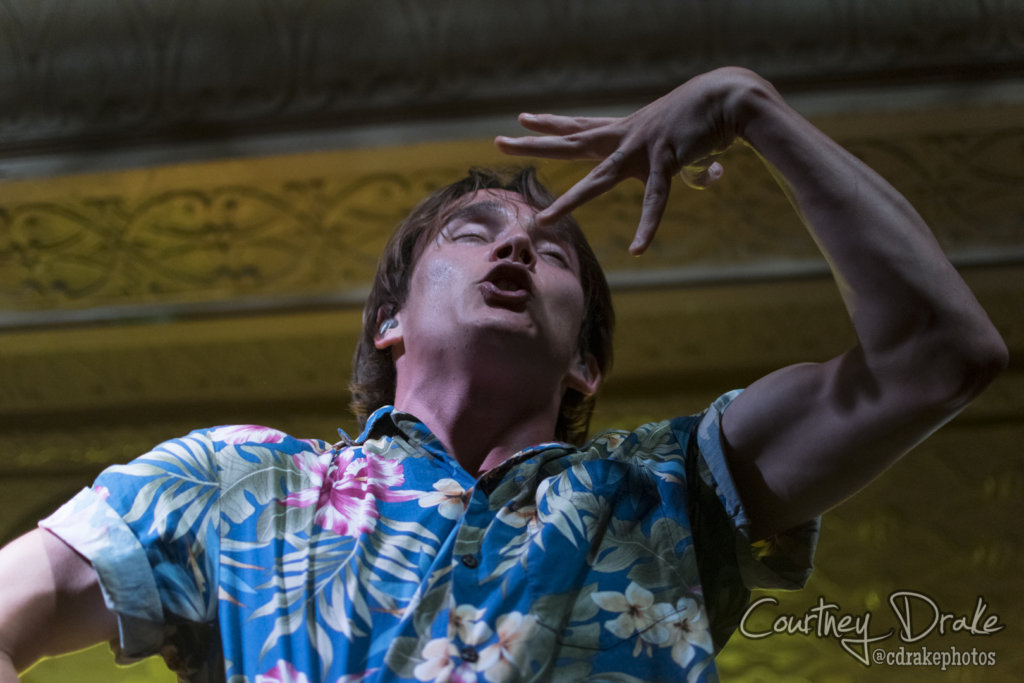 IRONTOM followed & the crowd was now well past warmed up, but once again no one knew how to respond to this act initially. Many thought that it gave off a sexual vibe as a result of the vocalist’s dance moves, but they were entertained & interested in the set nonetheless. Much like the first two acts, their music had a pop-rock kind of vibe that got the crowd pumped up for the long awaited headliner. 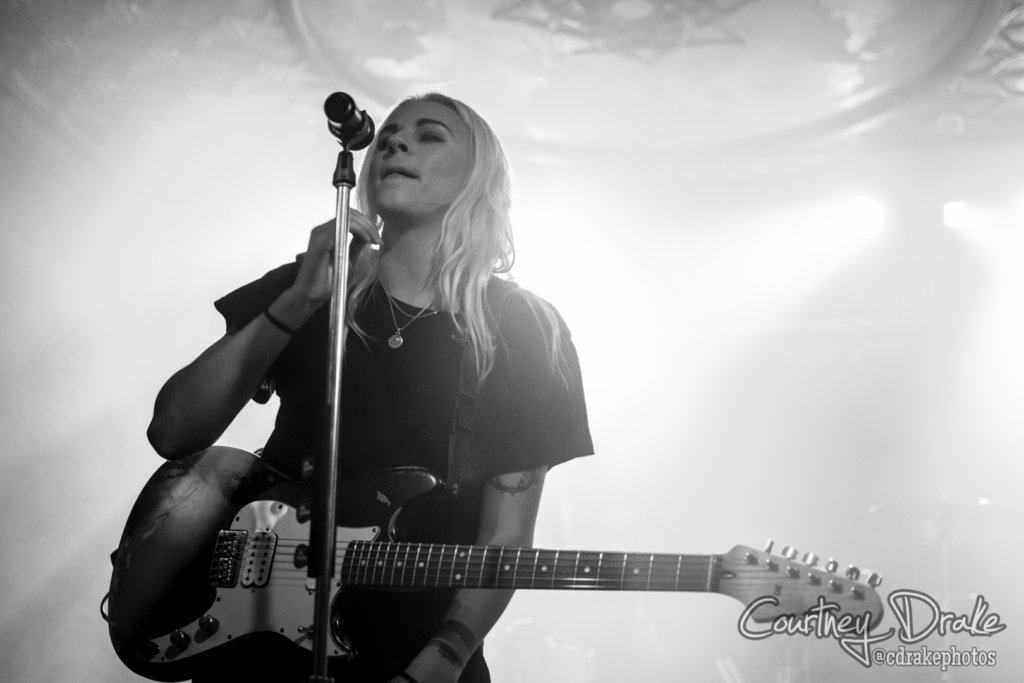 I have never before seen a crowd as united & friendly with each other as this one was during PVRIS‘ set. Every single person was either dancing, laughing, or singing with the people surrounding them as they enjoyed the performance of the band almost everyone was there to see. From the beginning of the set, frontwoman Lynn Gunn was interactive with the band’s fans. She even jumped from the stage to stand at the barrier & allow the crowd to sing with her for a short time. The PVRIS fanatics raved each time a new song played, especially their most recent releases “Heaven” & “What’s Wrong” from their upcoming album All We Know of Heaven, All We Need of Hell. PVRIS is definitely a group you don’t want to miss if the chance to see them ever arises—perhaps on their fall tour starting this September.