Skip to content
You are here
Home > FEATURED > Review: FRIDAY THE 13TH: THE GAME

The year was 1989 and horror movie fans were in video game heaven when they could finally play a game based on some of their favorite horror movies, including Friday the 13th and A Nightmare on Elm Street.  Released on the original N.E.S. system, it was soon evident that these games, although fun for a little while, left many fans disappointed and wanting.  It would take nearly 30 more years before slasher fans would be treated to another go in Camp Crystal Lake on a home video game console.

Thanks to a mega-successful Kickstarter campaign, the design team at IllFonic has been able to package their own love letter to the Friday the 13th film series in video game format—but does it live up to the impossibly high expectations fans have set for the game over several years?  (Could anything?!)

So I decided to give this game a thorough test over a few weeks to see exactly how it holds up. 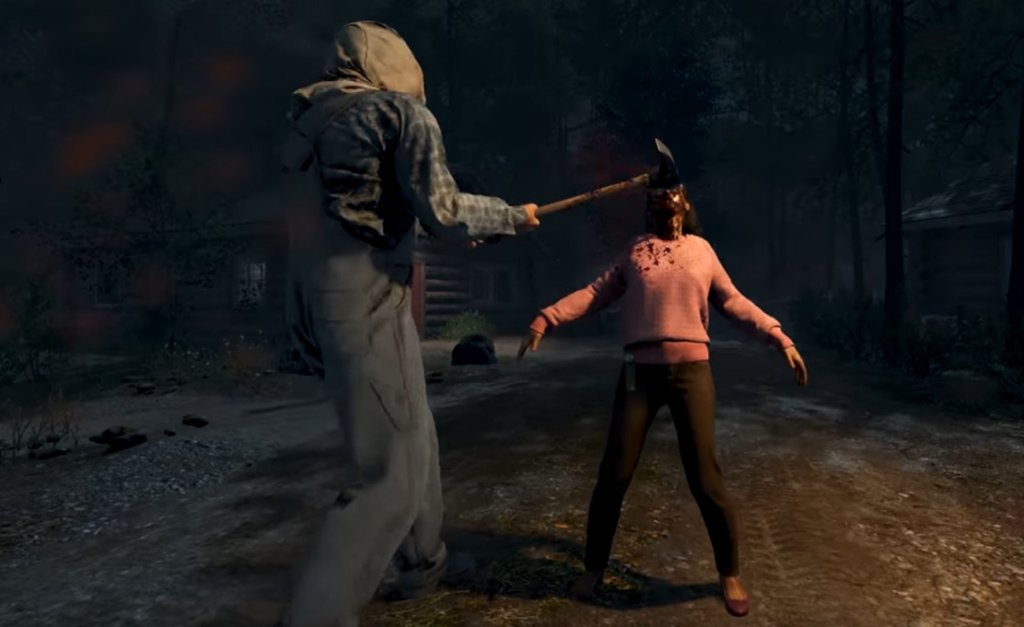 The very first thing you’ll notice about this game – and probably its biggest strength – is that, unlike the original NES game, you now have the ability to play as the series’ antihero: Jason Voorhees himself!  And we’re not talking about a generic, one style fits all Jason either – this is a literal “greatest hits” of Jason Voorhees.  You have the choice to play as Jason from Friday the 13th part 2, 3, 6, 7, 8, and Jason Goes to Hell, each with their own attributes, abilities, and handicaps!

On the flip side, unfortunately, we don’t get a “who’s who” of the most memorable counselors throughout the series, although we do get to play as Jason’s longtime nemesis: Tommy Jarvis (but more on him later…) 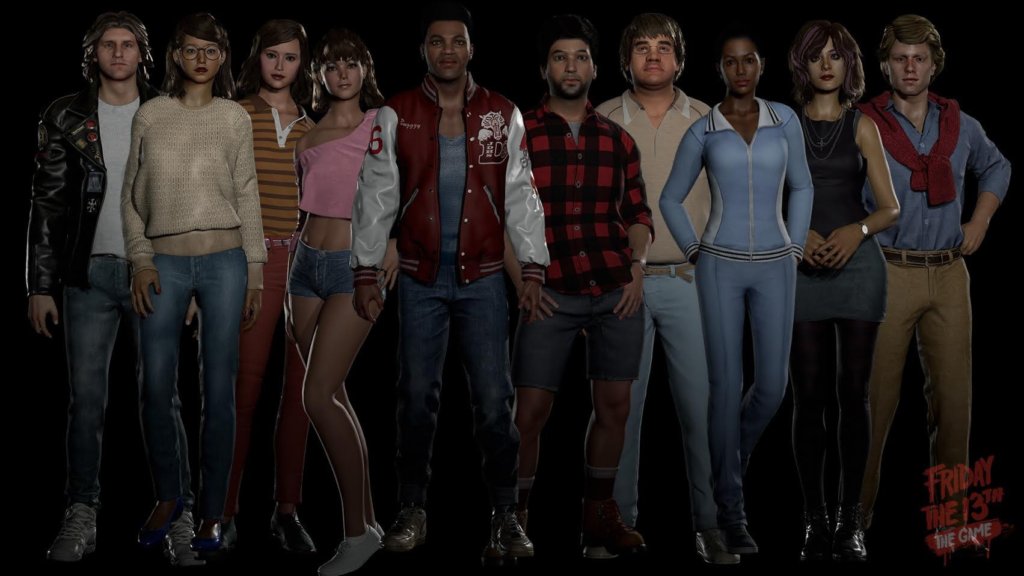 Now for the time being, the Friday the 13th game is rather limited in its present condition: there is only an online-only multiplayer mode with three classic Friday camp maps.  While that sounds quite limiting, you’ll be surprised how much fun these three maps can be with a packed multiplayer game!

The gameplay boils down to a sort of “cat and mouse” hide and seek style play, with one random player drawing the role of Jason and the other players taking on the roles of campers.  The campers are expected to work together to accomplish specific goals: call the police, survive the night, or ultimately escape, be it by car or boat (both of which require additional tasks completed before they’re available to use).  Players can also use the radio to summon up longtime Friday fan fave Tommy Jarvis to really even the playing field!  The real fun, however, begins once Jason enters the area.  Jason comes equipped with a few specific abilities that range from being able to teleport elsewhere on the map (think the Jason Takes Manhattan dance club scene), the ability to sneak up on players without them realizing it, as well as a critical ‘sense’ ability that can help Jason locate hiding campers. 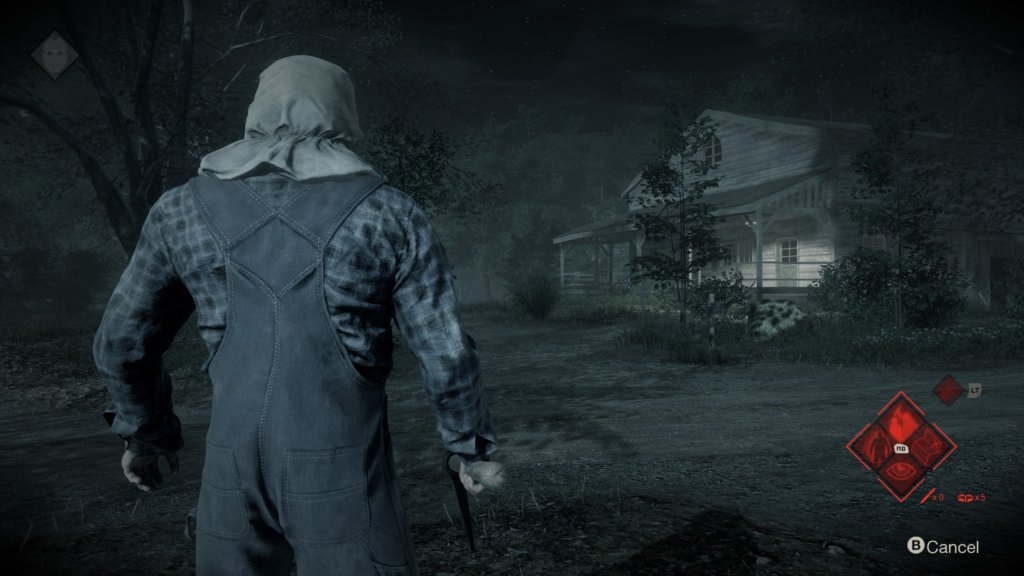 Simple, right?  Well, it is — but that is one of the most enjoyable parts of the game: it doesn’t require you to learn some complex button maneuvers or expect you to devote dozens of hours of gameplay to “level up” your character just to be competitive in this world.  Anyone can literally pick this game up and, within an hour or two, have the main mechanics down enough to be able to thoroughly enjoy the game!

Now, all of this sounds amazing and all, but the game is not without its faults.  I’d be amiss if I didn’t mention the still buggy gameplay or areas that still need polish.

When the game first launched on May 26th it was nearly unplayable for nearly a week because of the over-stressed servers and game breaking bugs.  Thankfully, the developers have been working day and night since launch to improve the game space and play experience—and I can wholeheartedly say its been a huge improvement.  Lately, I haven’t had any difficulties getting into a game rather quickly and, apart from an occasional crash (which doesn’t happen very often, and seems to be happening less and less actually) I don’t have too many complaints.

So how does this game ultimately stack up?  Well, this is truly a difficult game to really rate because there are so many variables: do I rate it on its current state or the game’s future potential (the developers have promised more maps, characters, and are even polishing up an offline single player story mode that will be available later in the summer!).   Do I take into account the obvious love that the developers have for the series and put into this game, which includes everything from classic Jason kills recreated for the game down to the inclusion of Jason’s shack (complete with Pamela’s severed head and wearable sweater!)? 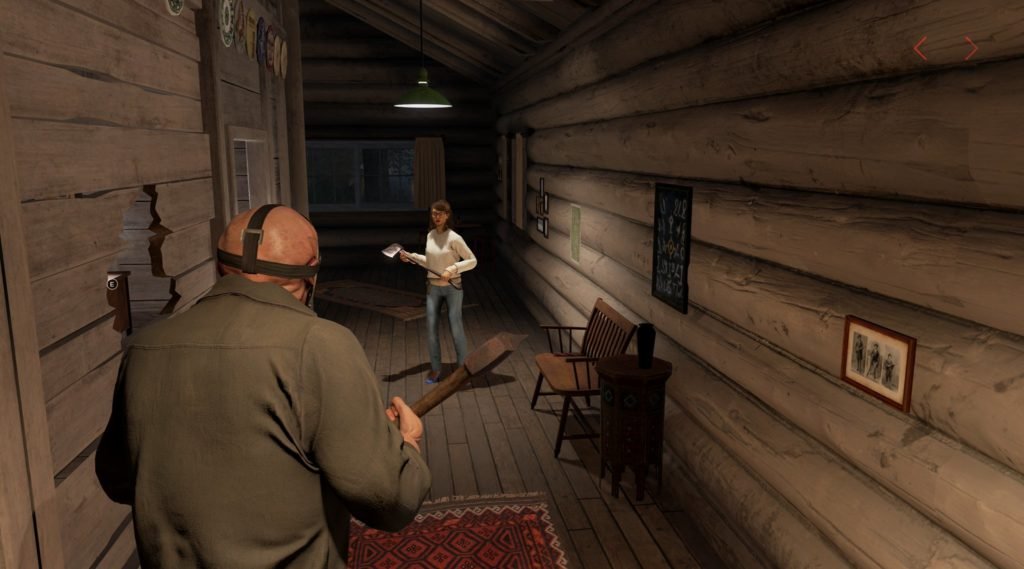 The real answer is that I have to include all of this.  The game definitely has come a long way in a short time since its release day build and still has a few minor and major tweaks and fixes that will have to be addressed in the near future—that being said, what it all comes down to is that, at the end of the day, this game is just fun!  Hardcore Jason fanatics will be amazed at the level of detail given to the maps, kills, and especially the Jason character models.  Likewise, I’ve never played a game that is so much fun for non-playing friends in the room to watch.  It’s a pretty regular occurrence to sneak up on an unsuspecting player while you’re playing as Jason and suddenly hear them—and everyone in the room—scream and howl with terror and laughter in the mic once they realize you’ve gotten the drop on them.

Finally, I can’t help but salivate at the potential this game has—and that the developers have promised.  The possibility of chasing players through other famous Friday locales in the future has me beaming ear to ear (Manhattan, anyone?).  I’m excited to play the soon to be released single player offline mode and any other modes the developers think up in the coming months and years.  They’ve promised to support this game for a longtime coming and, if they follow through with that promise, I plan on killing those camp counselors for a long time coming!

Robert Sommerfield
Robert is a self-professed lover of all things cinematic and nerd culture. When he’s not watching movies, television, or sleeping, he enjoys writing, video games, and wine, and sometimes all three together. He currently lives in Austin, TX and splits his time between working for the Alamo Drafthouse Cinema and wondering why his life isn’t more like a John Hughes film.