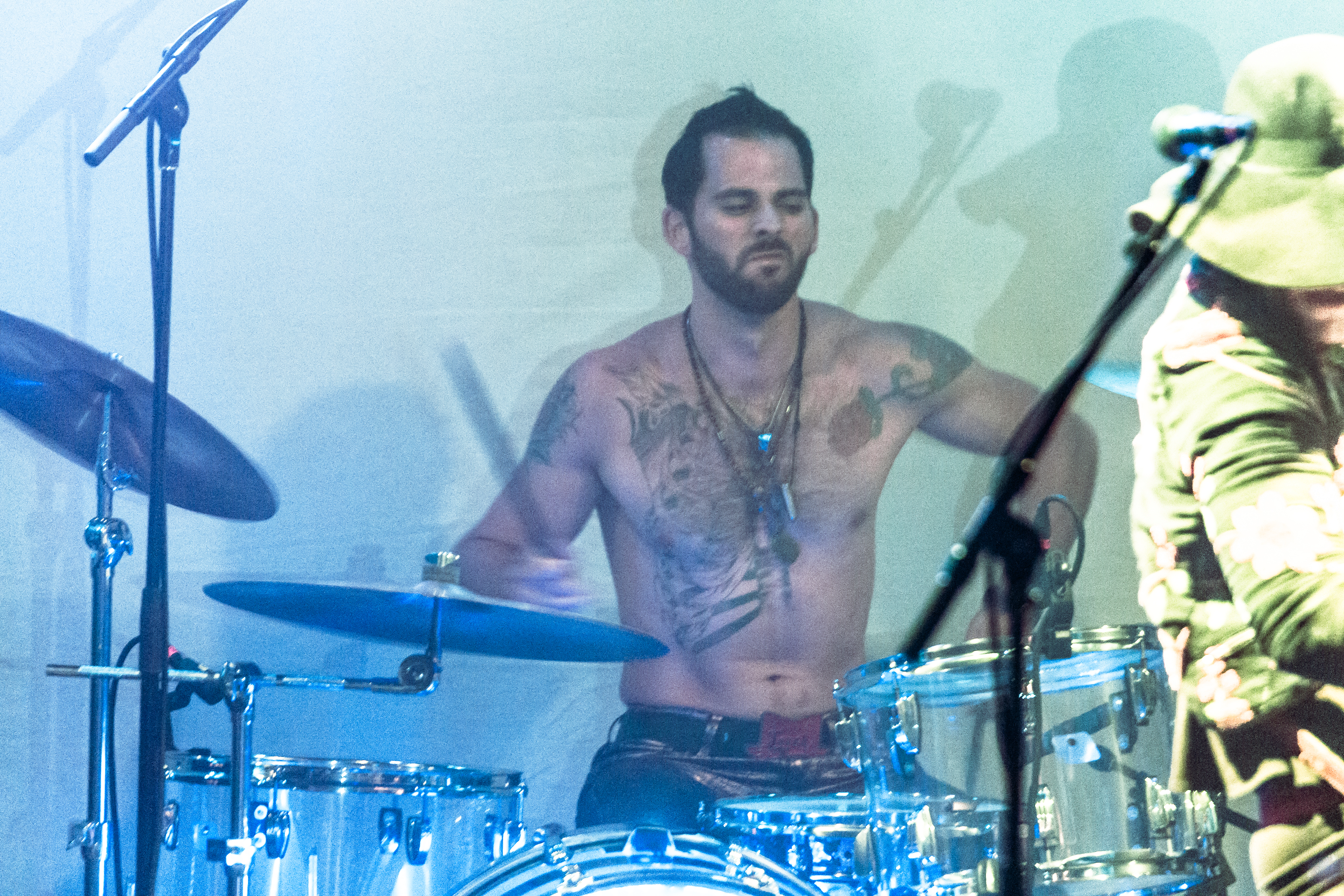 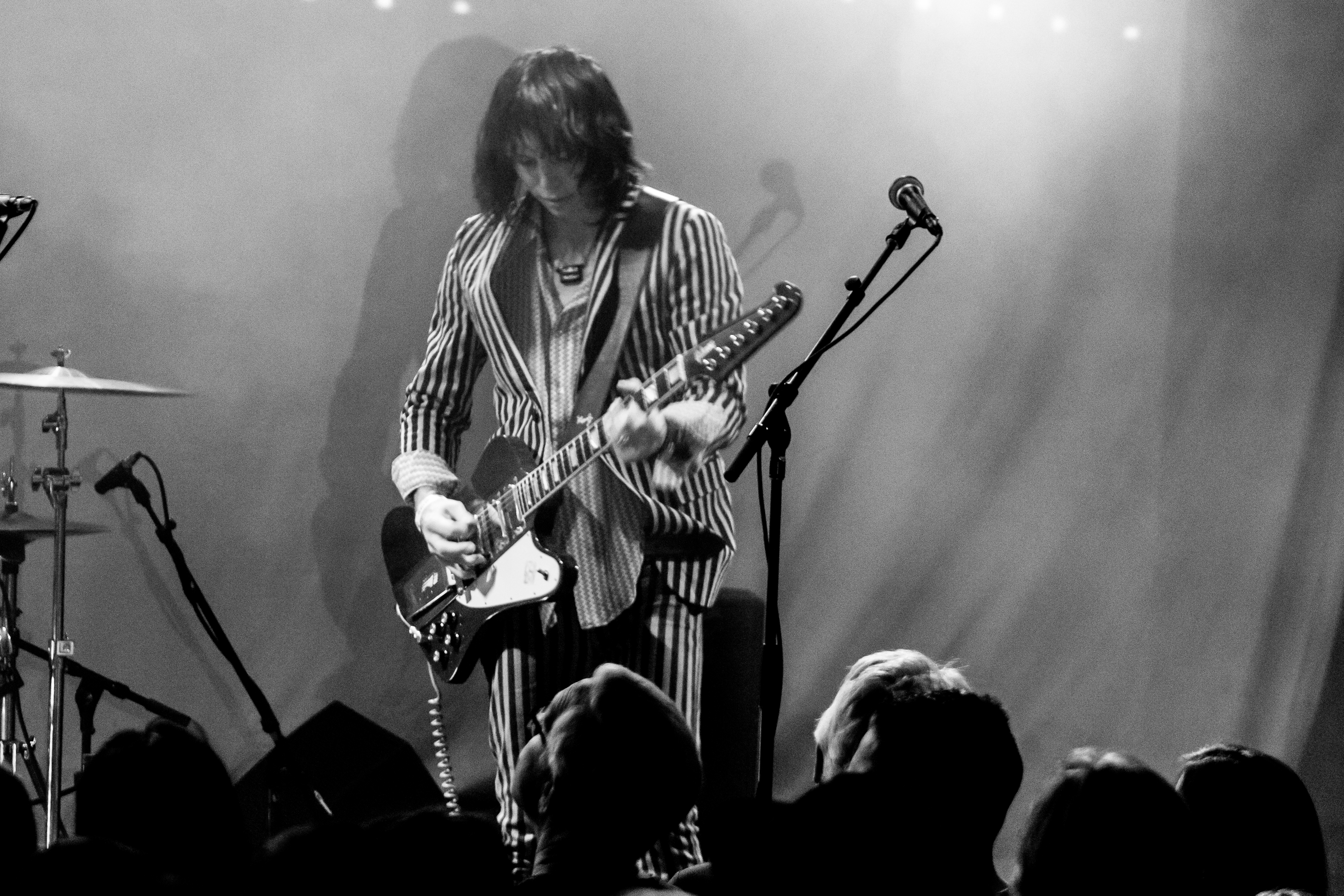 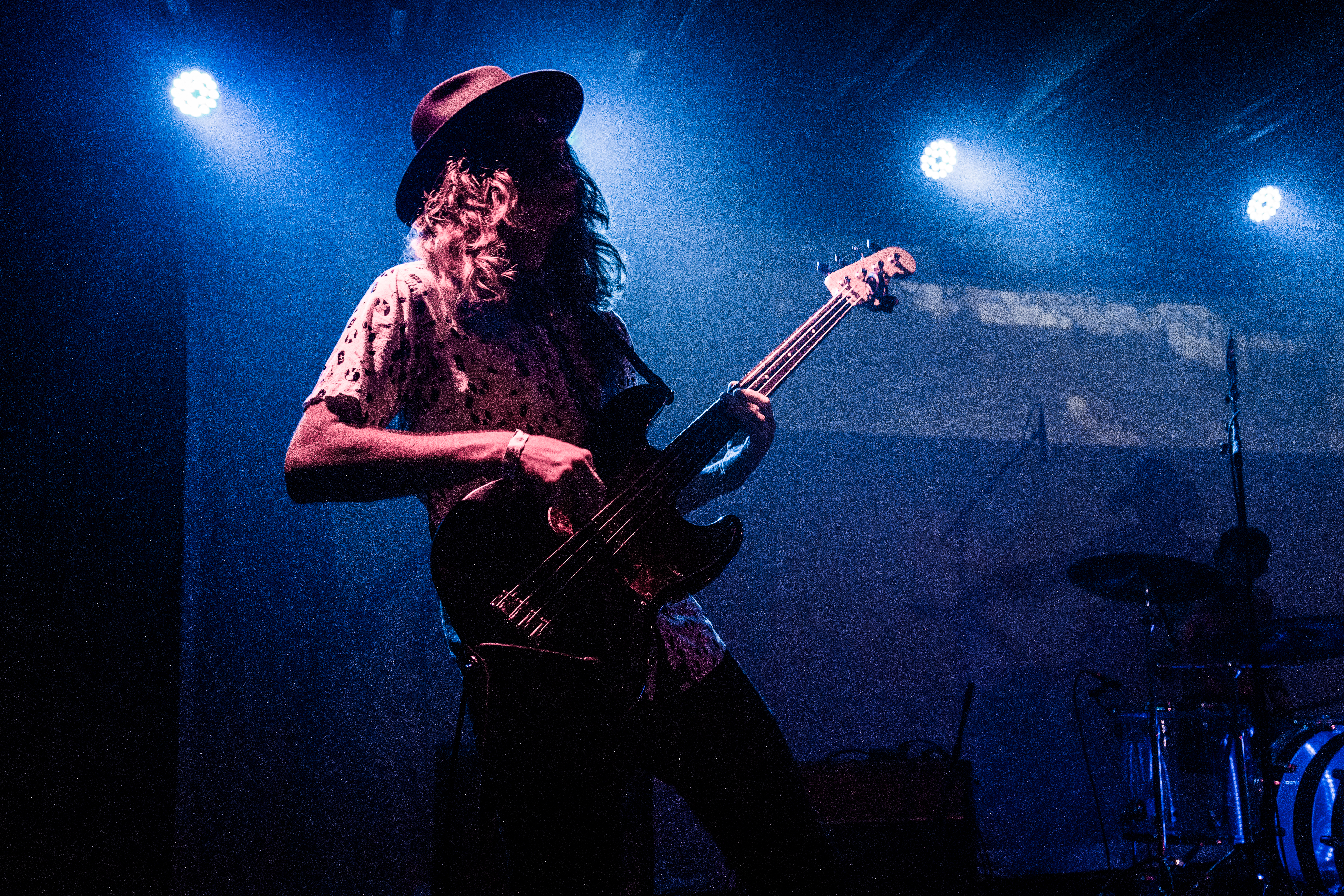 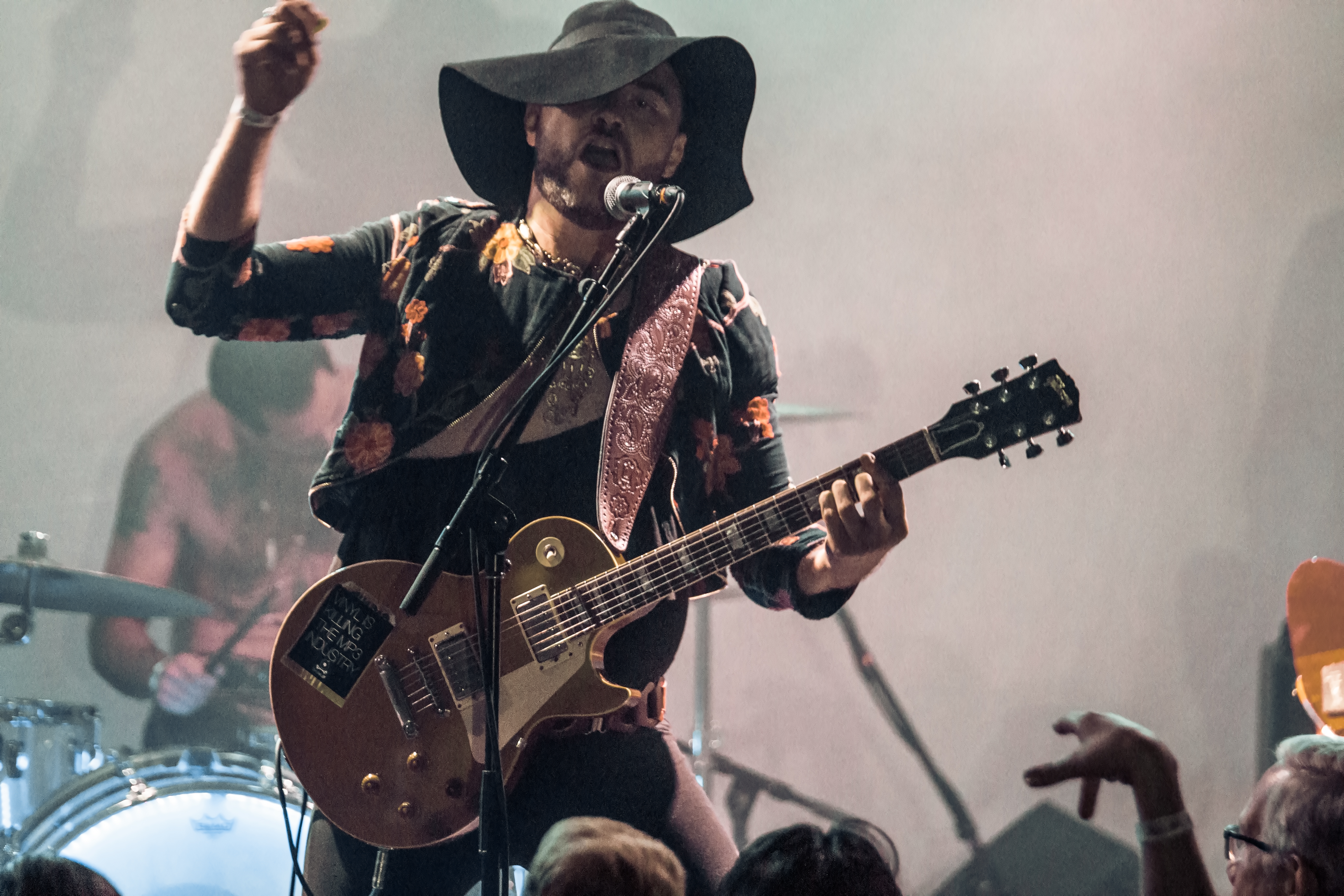 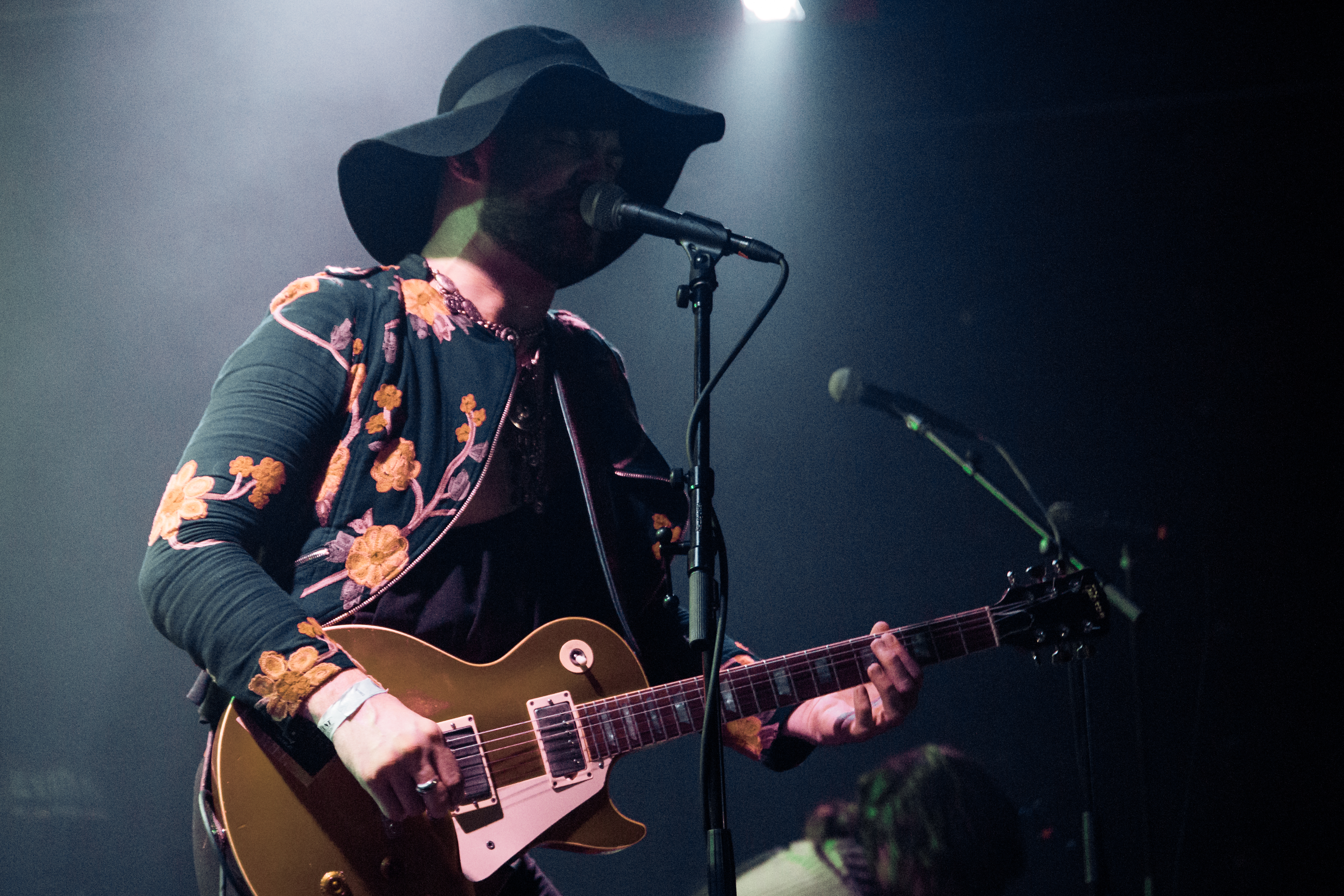 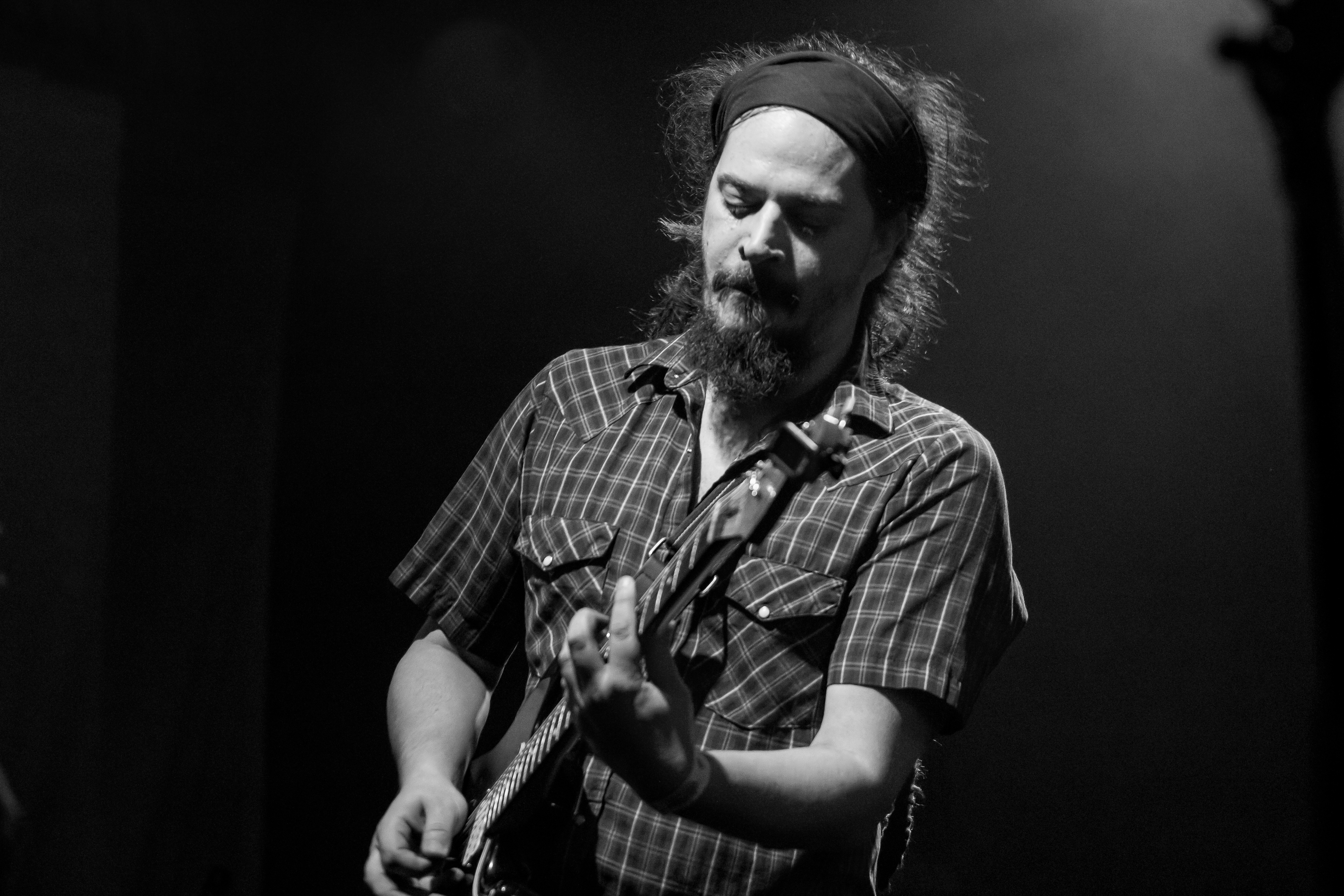 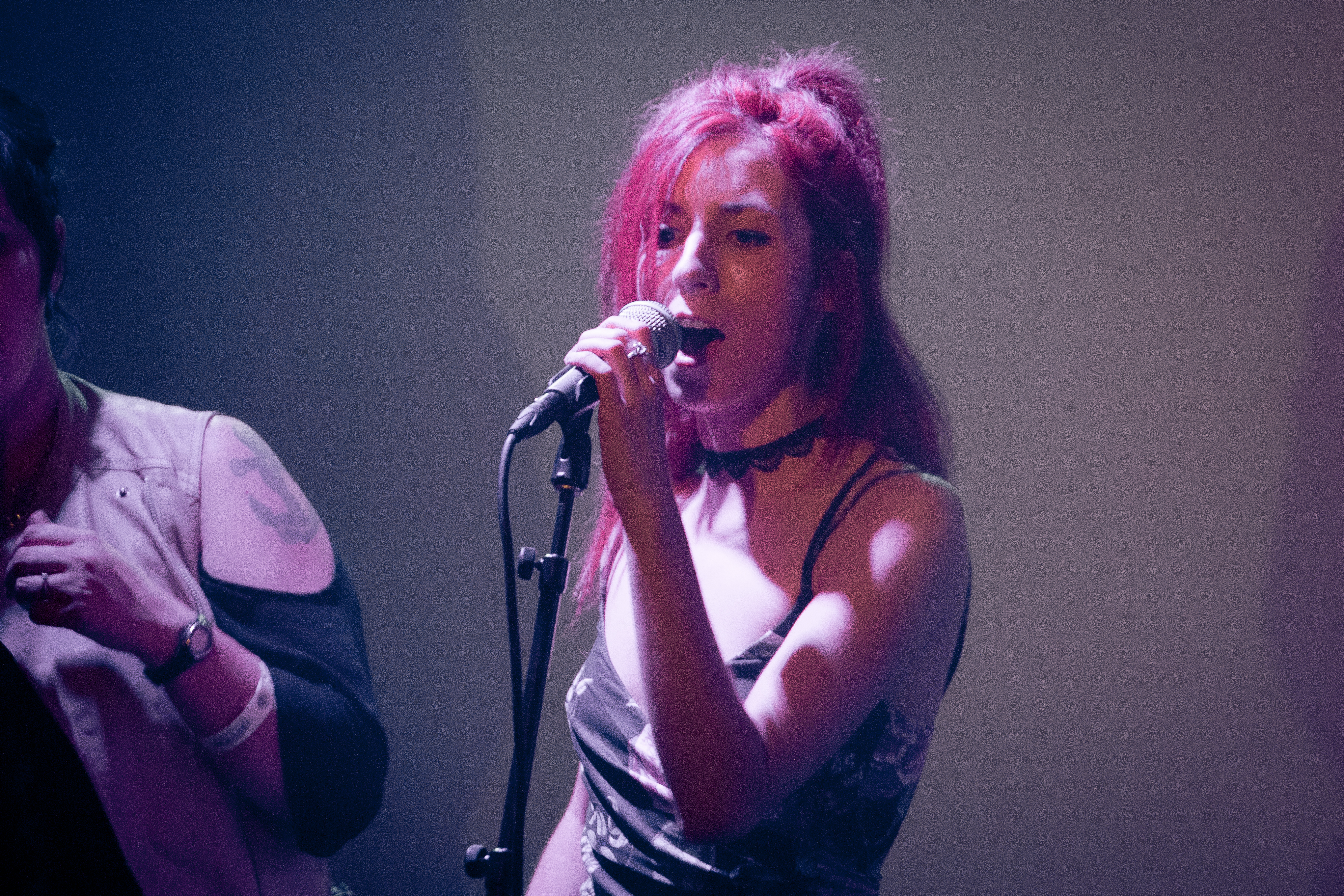 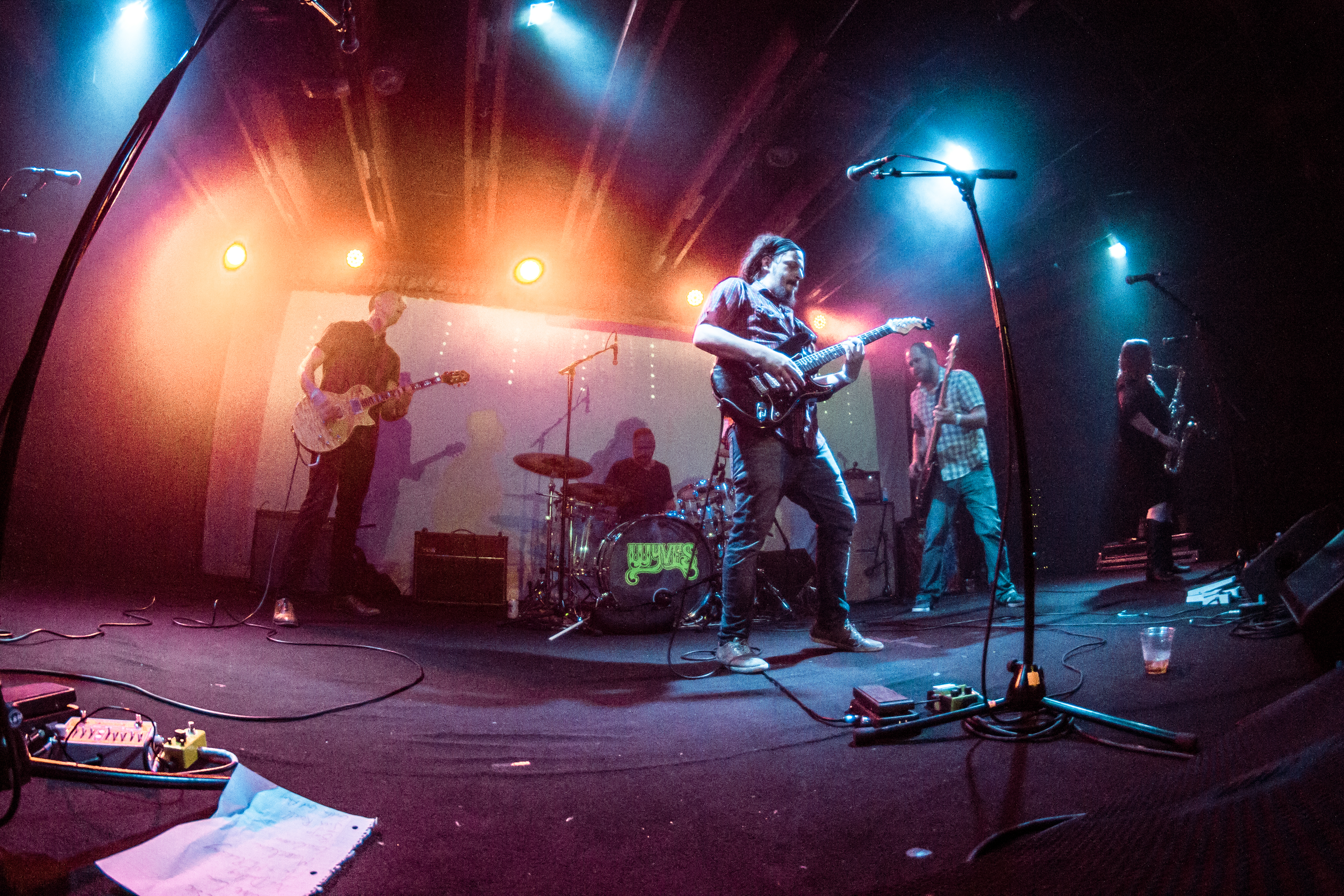 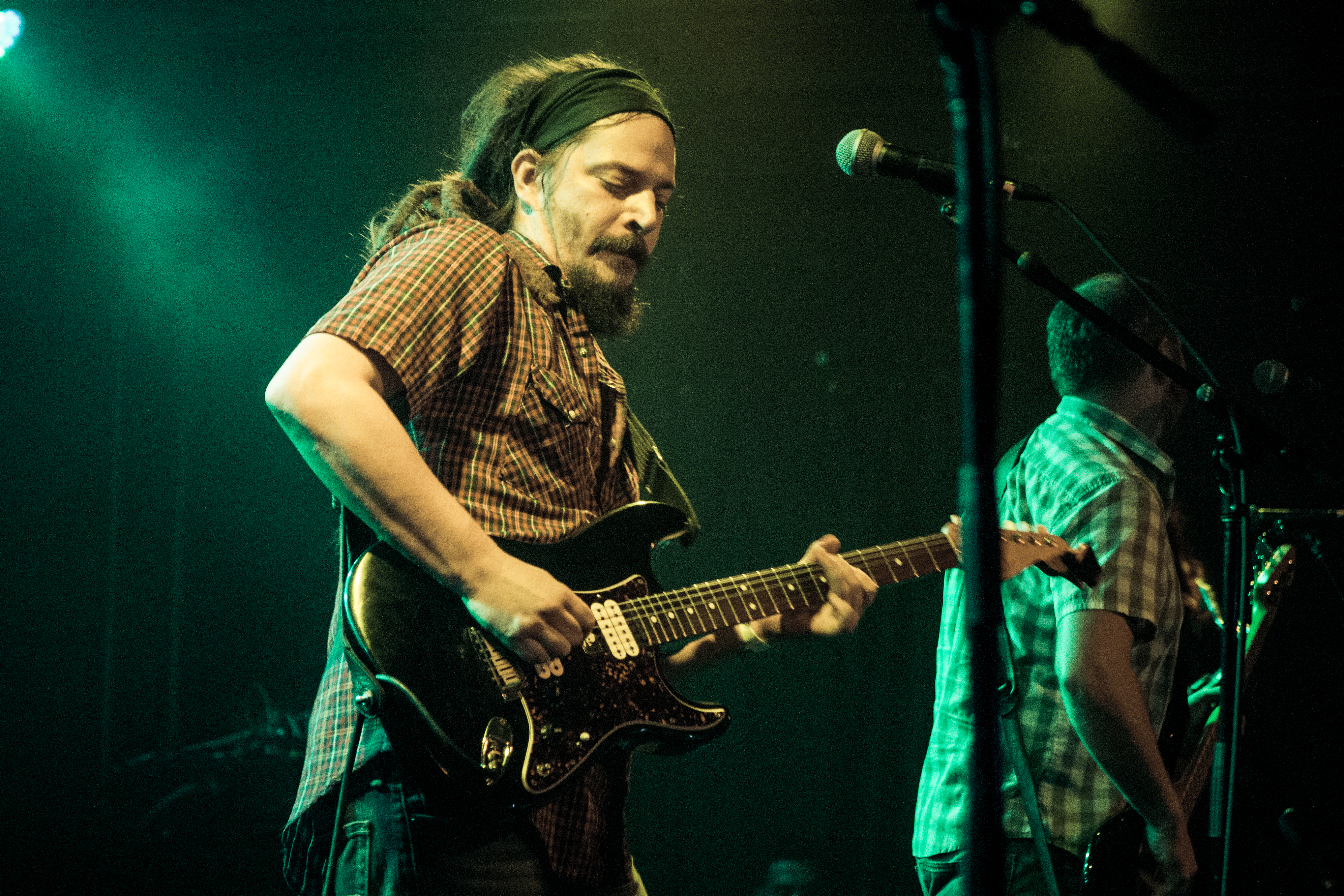 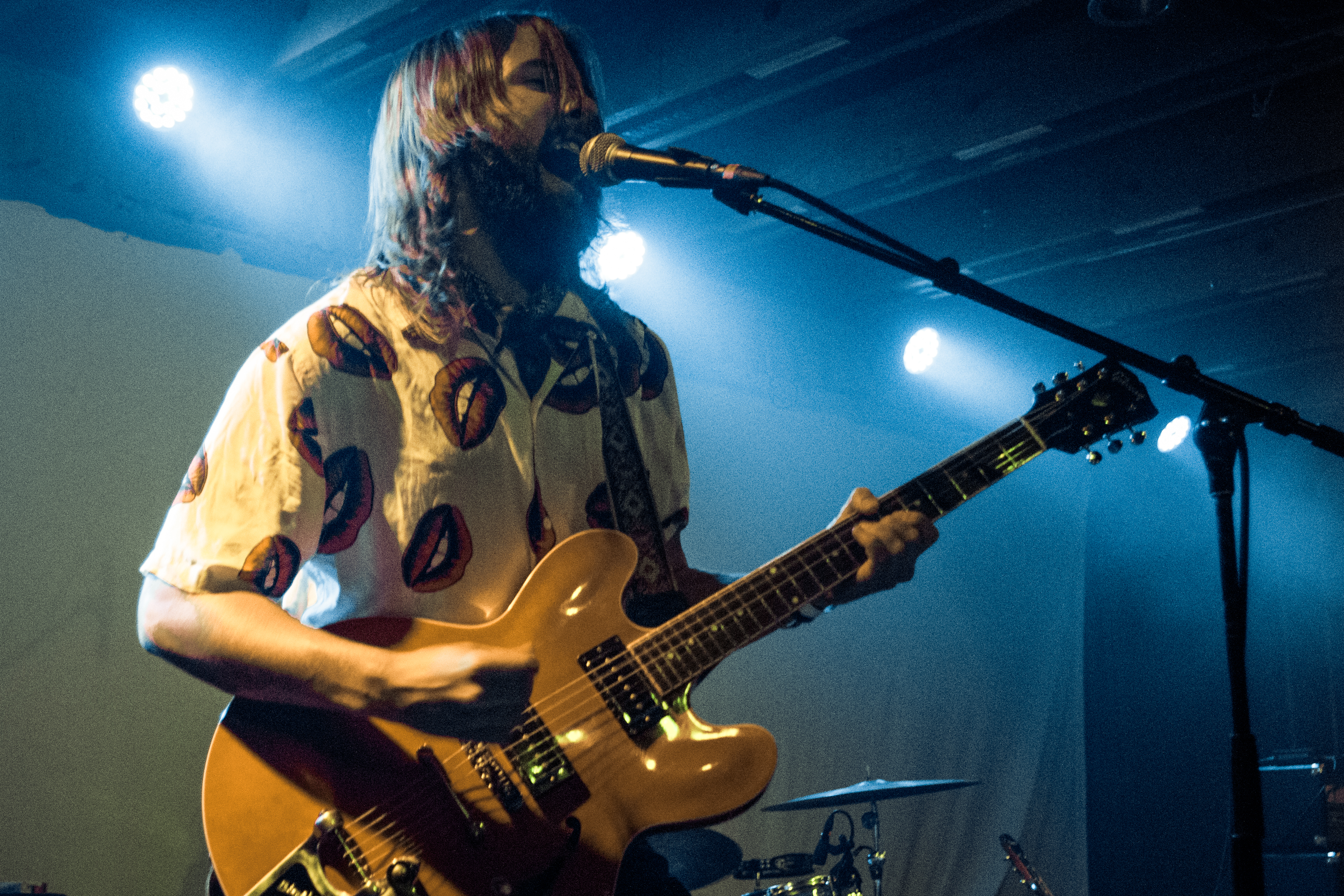 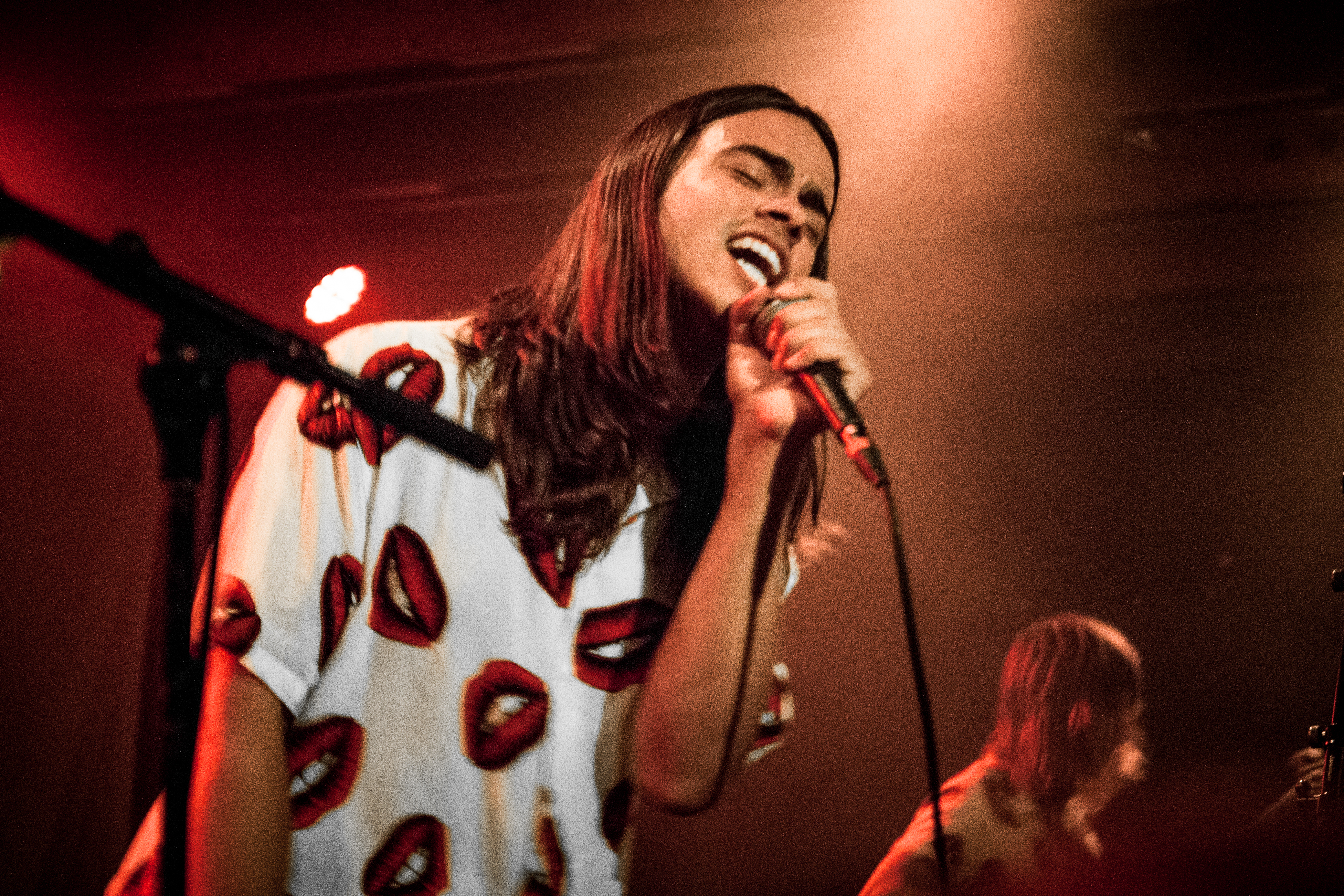 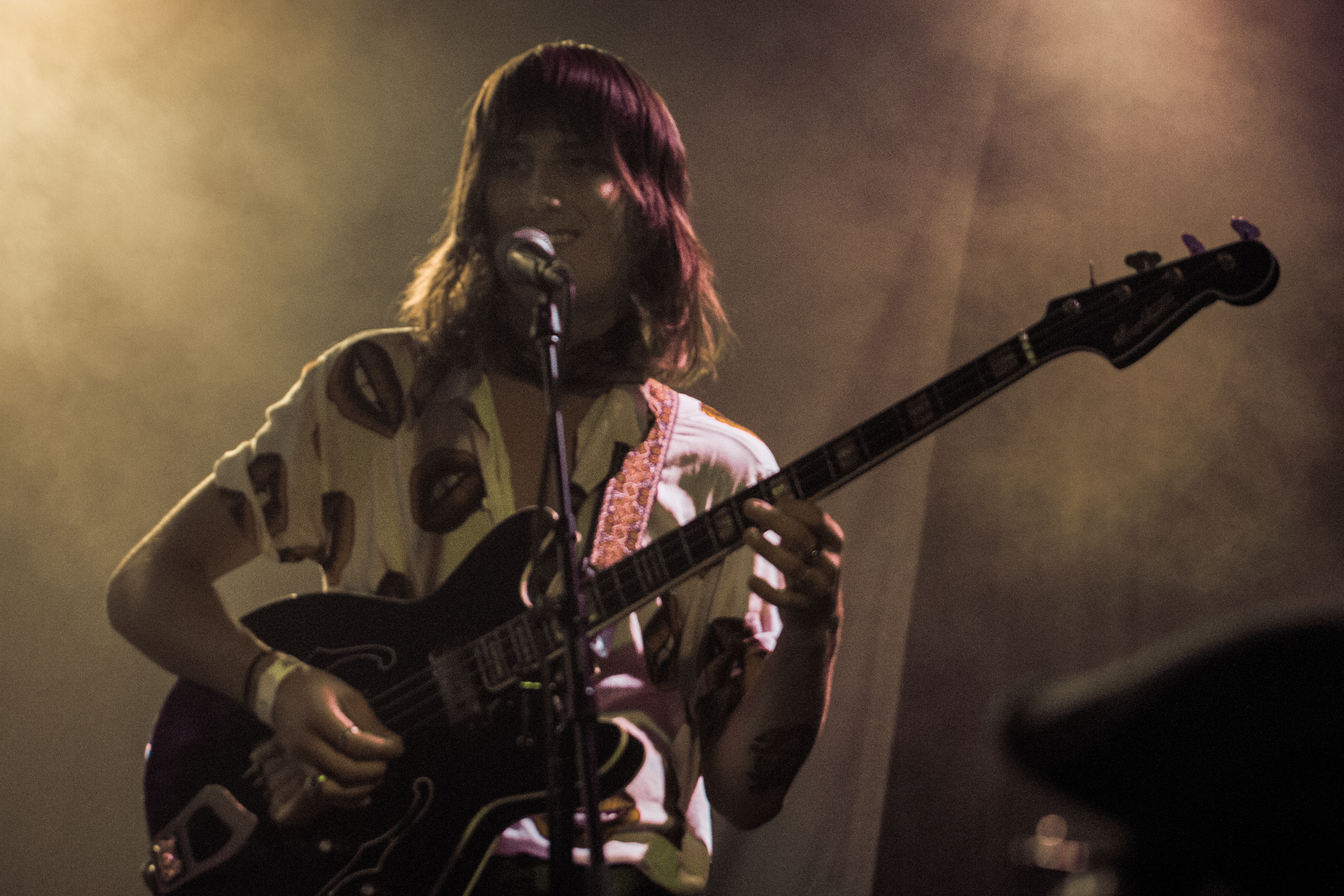 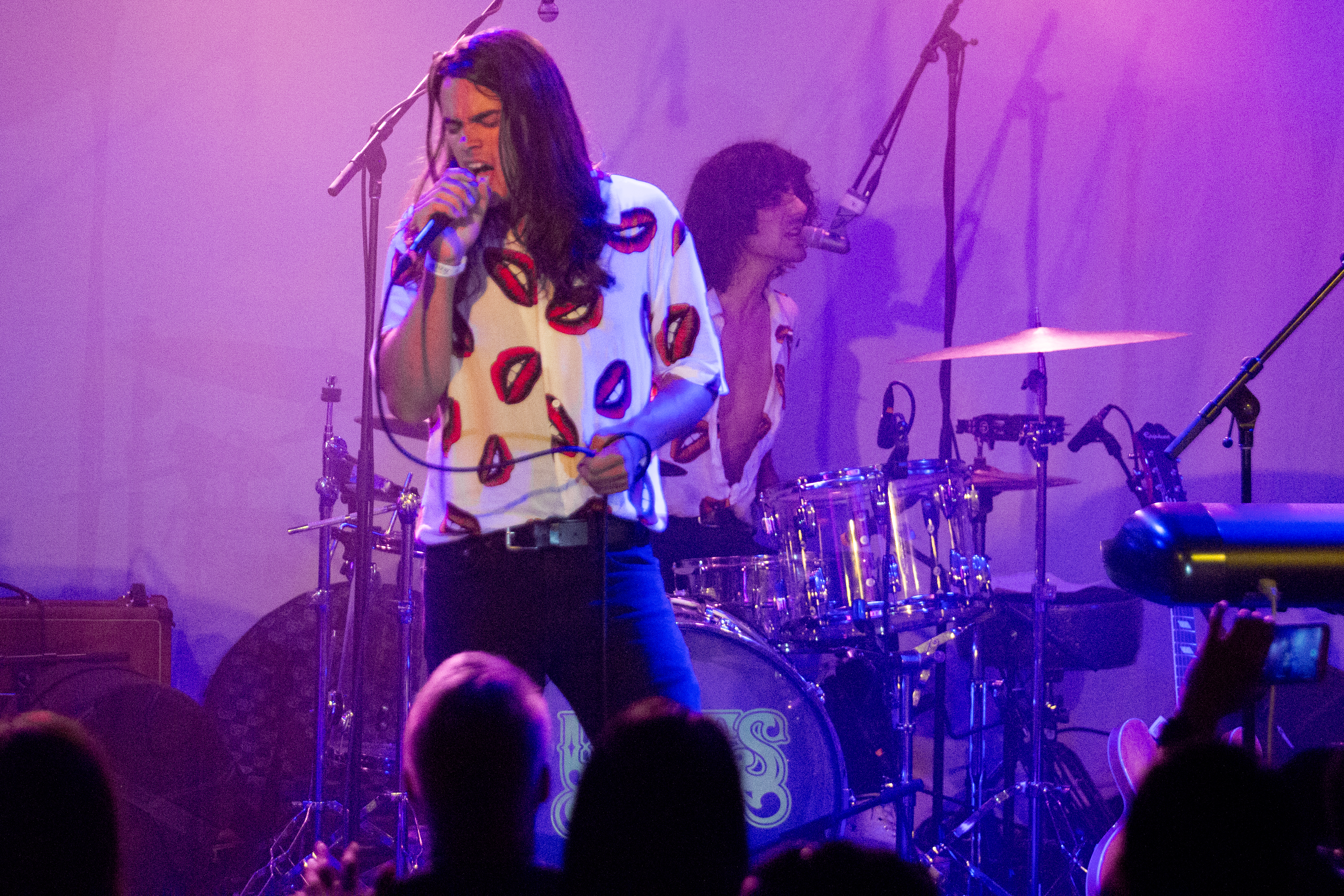 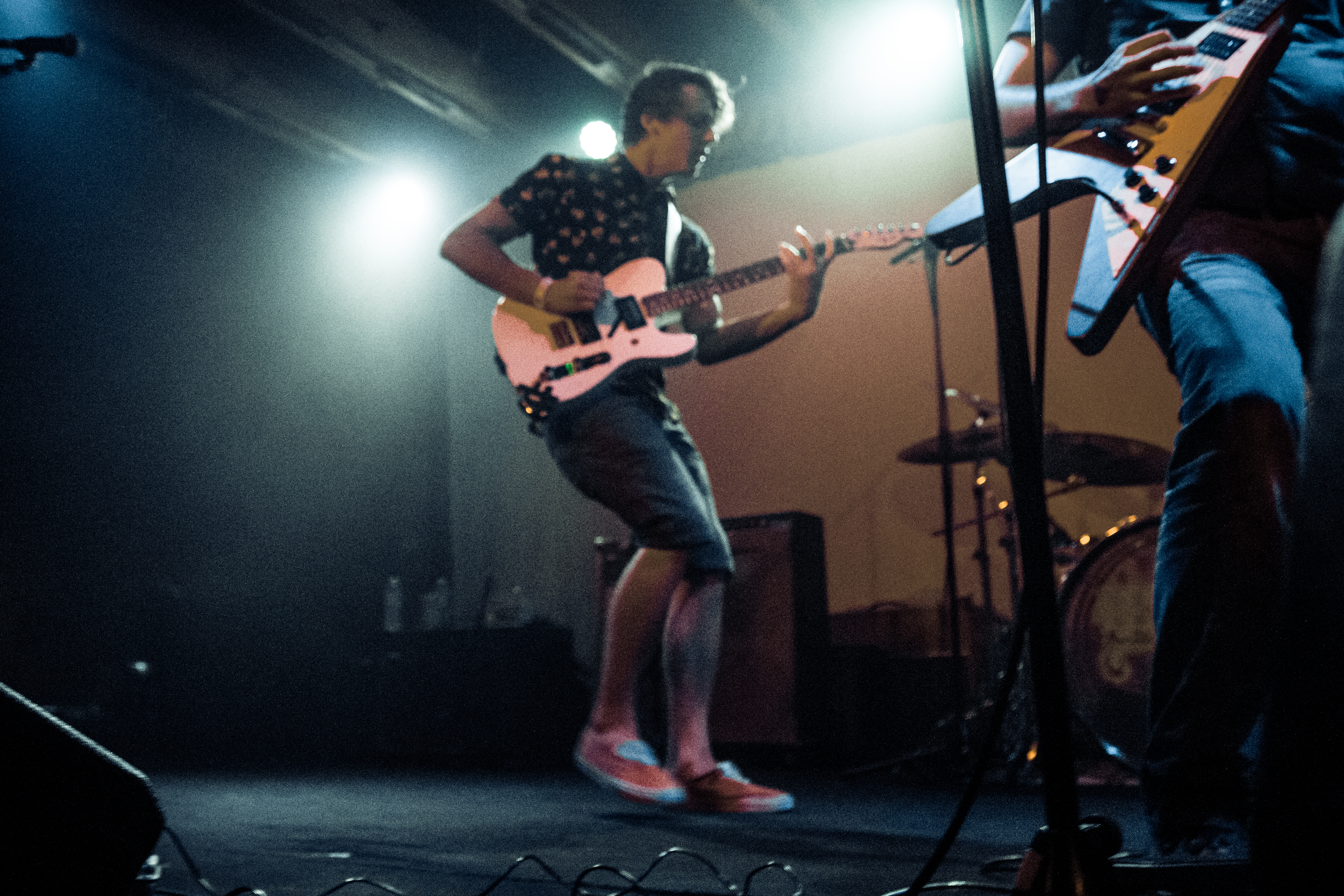 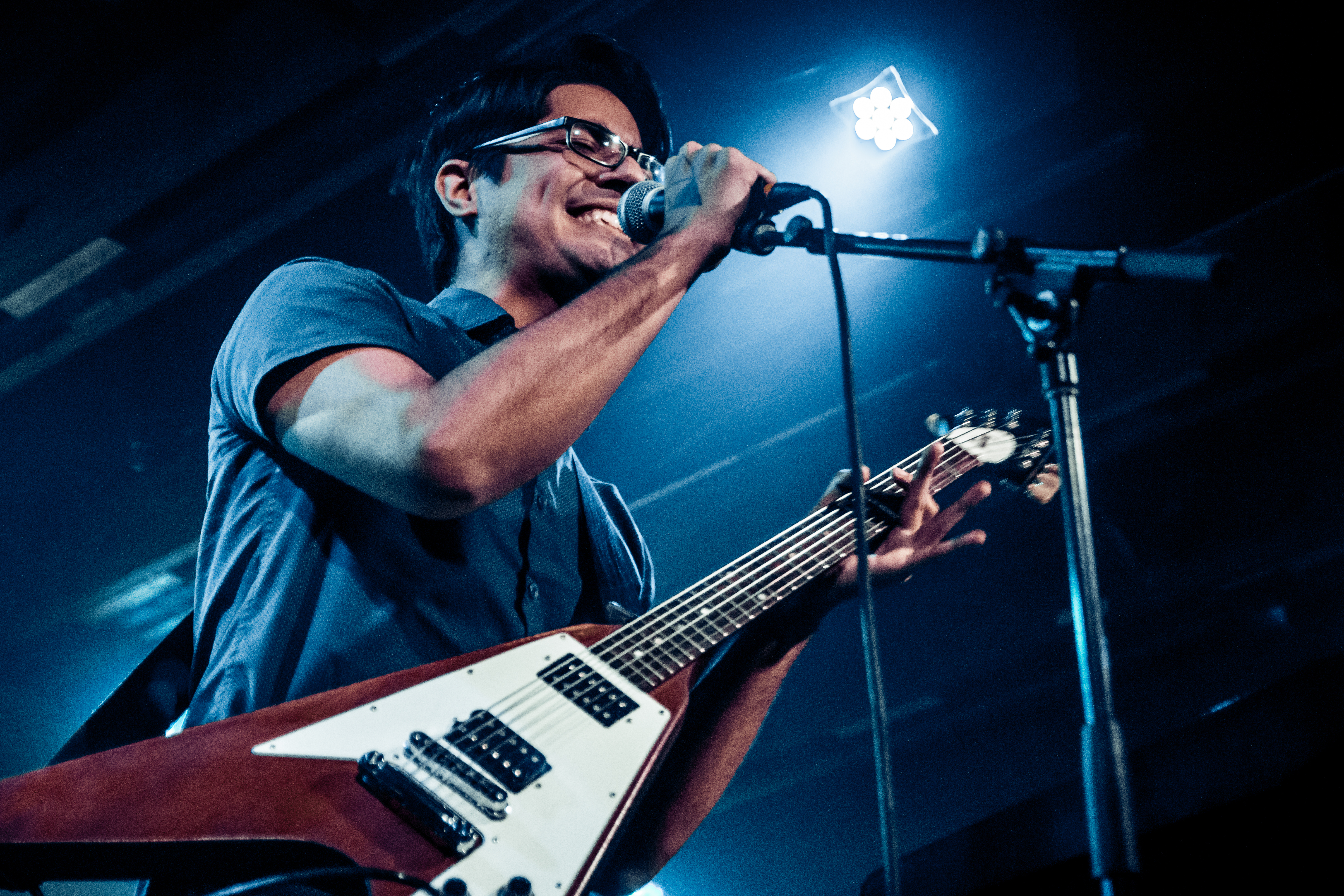 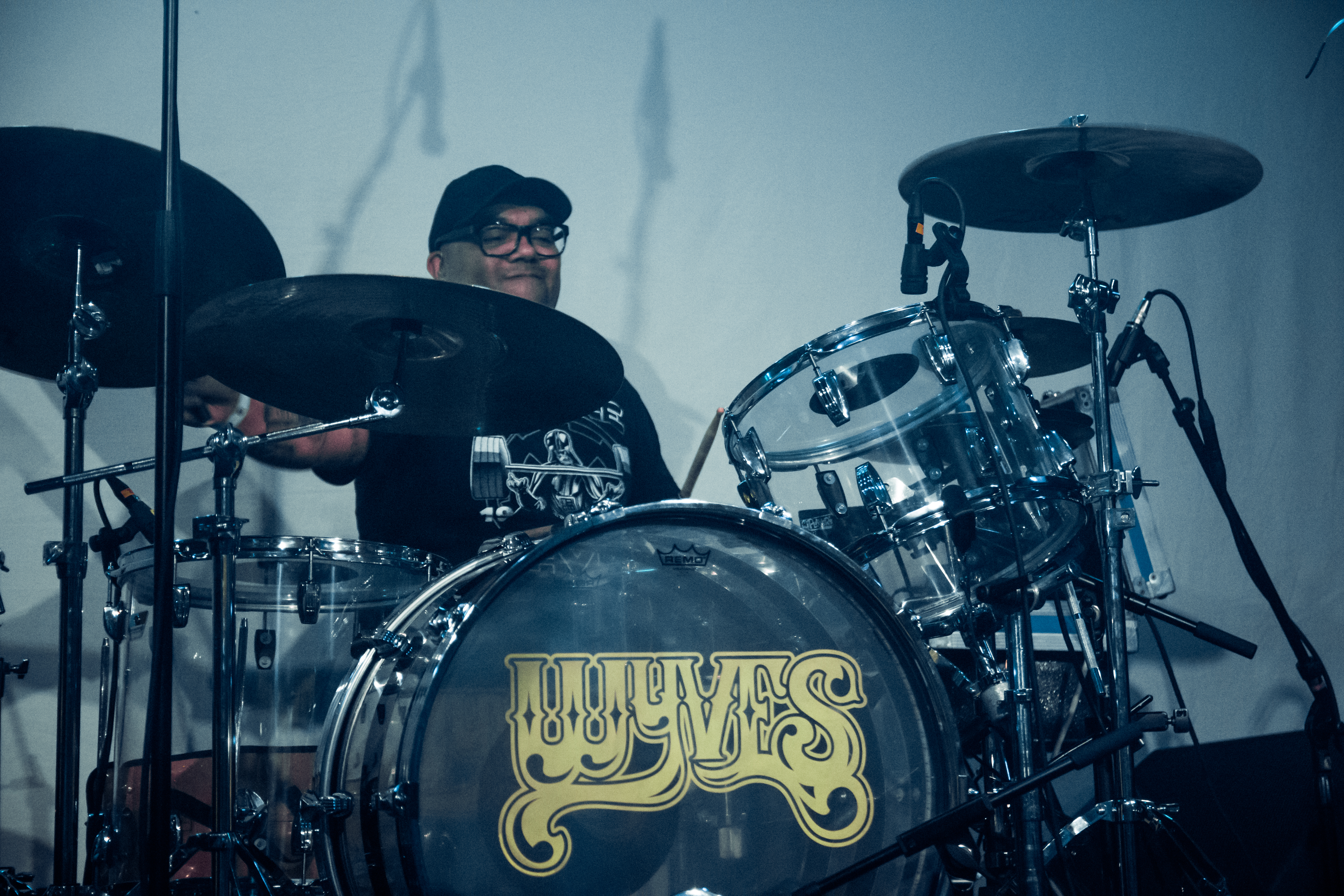 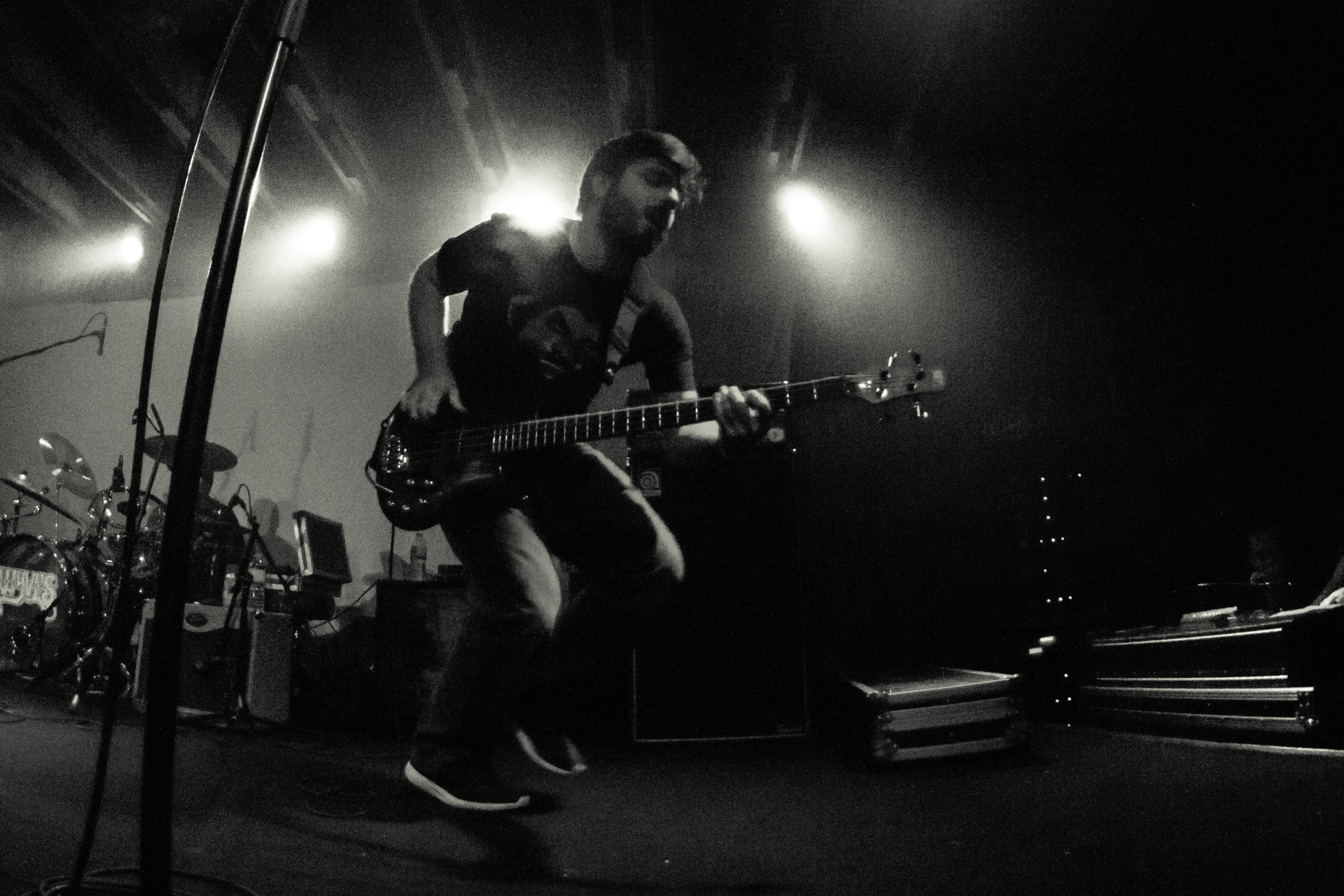 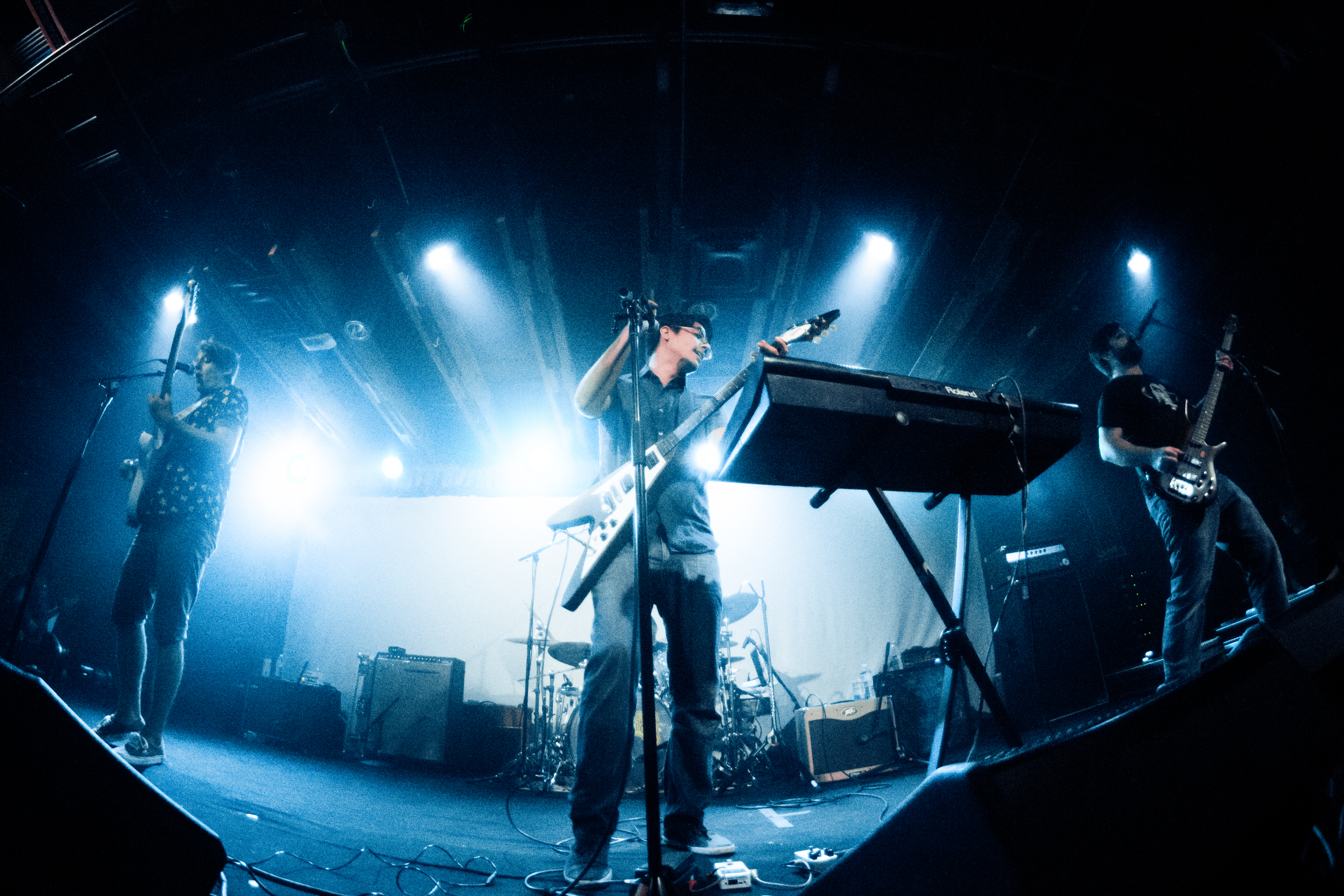 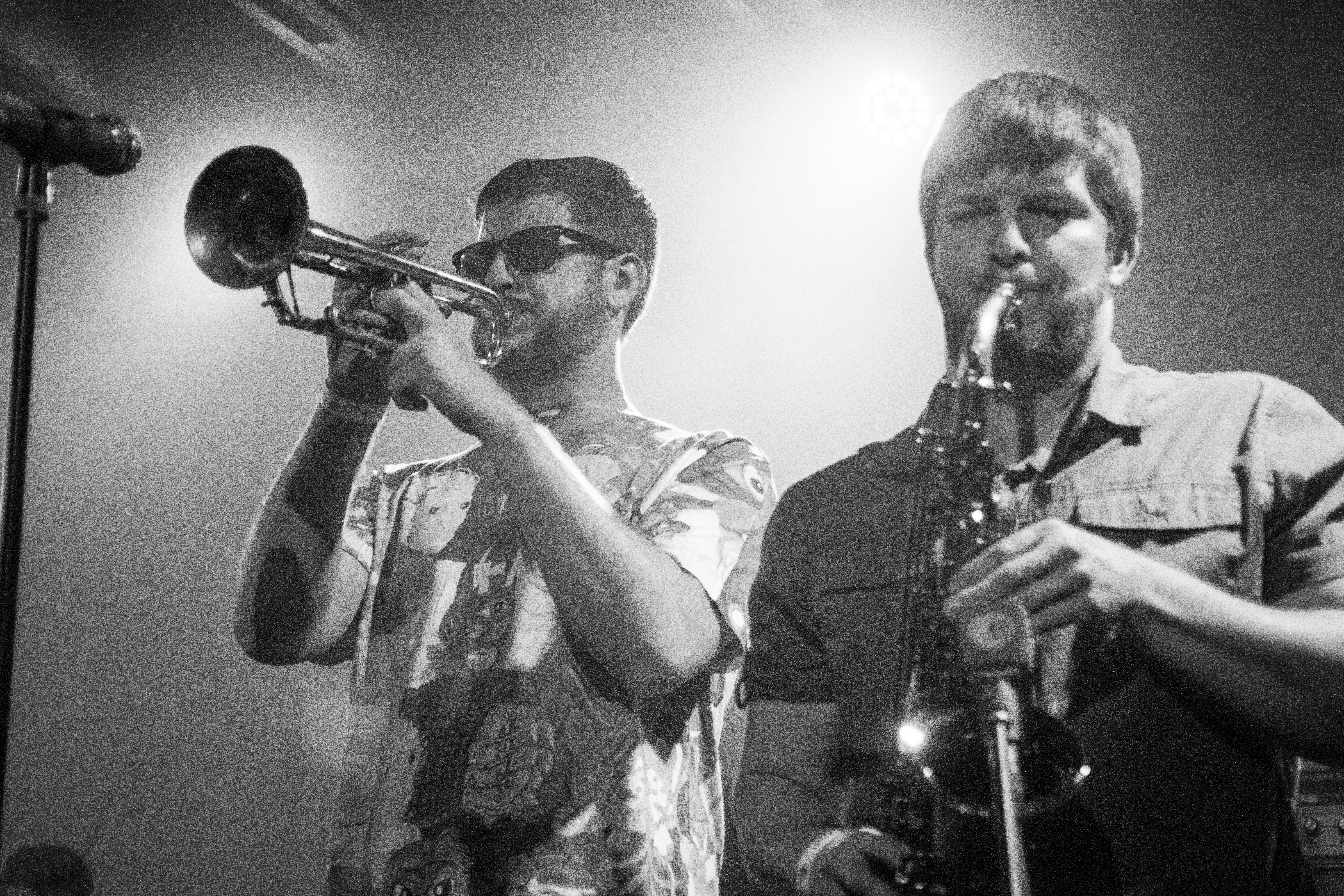 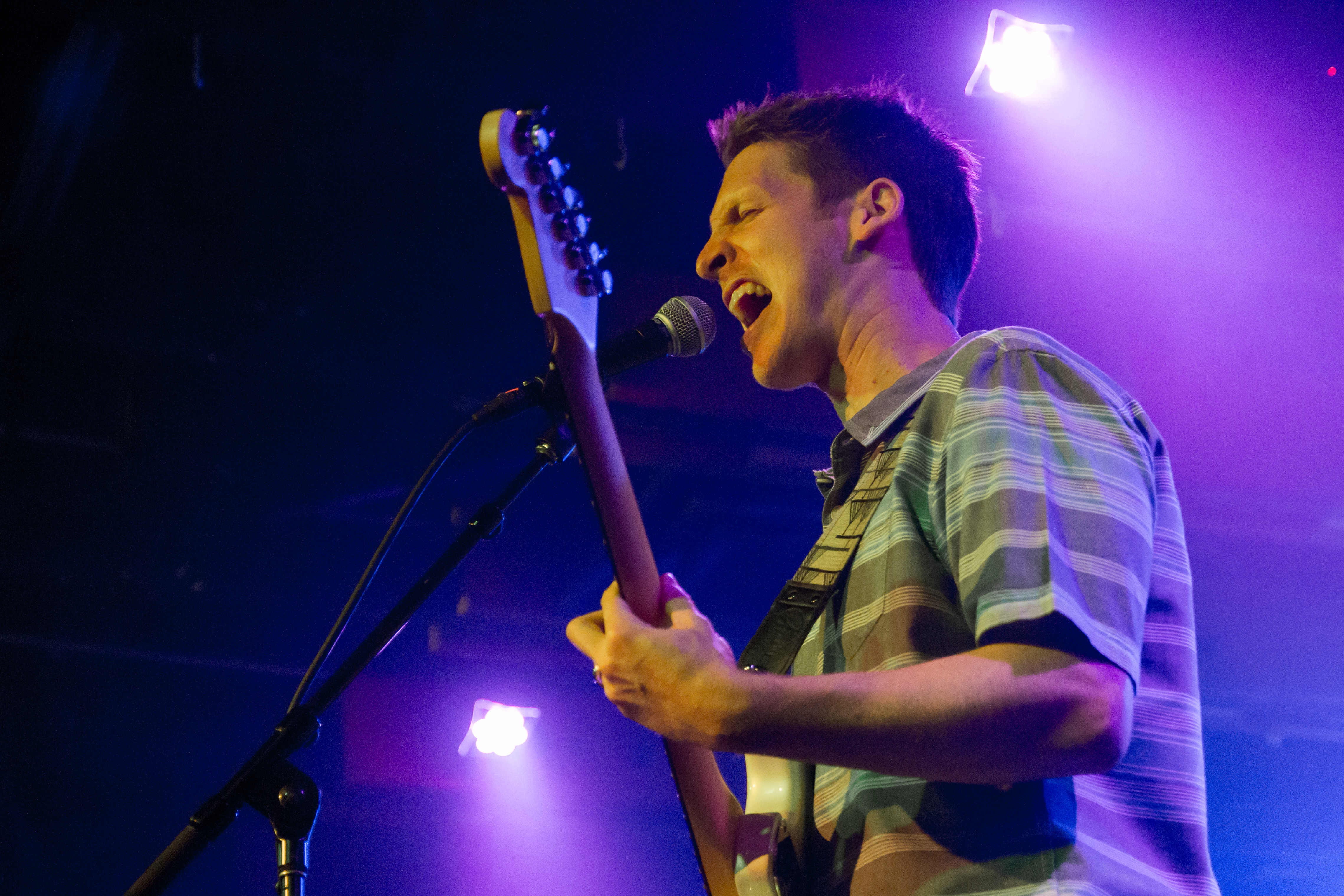 PHOENIX, AZ — The Crescent Ballroom in downtown Phoenix was alive with the sounds of homegrown rock n’ roll and the cheering of a sold-out crowd. The main event of the night was the vinyl release of Wyves’ latest single, “Bitch Has Got Problems,” but with four other area favorites on the bill, the night was full of energy and excitement. 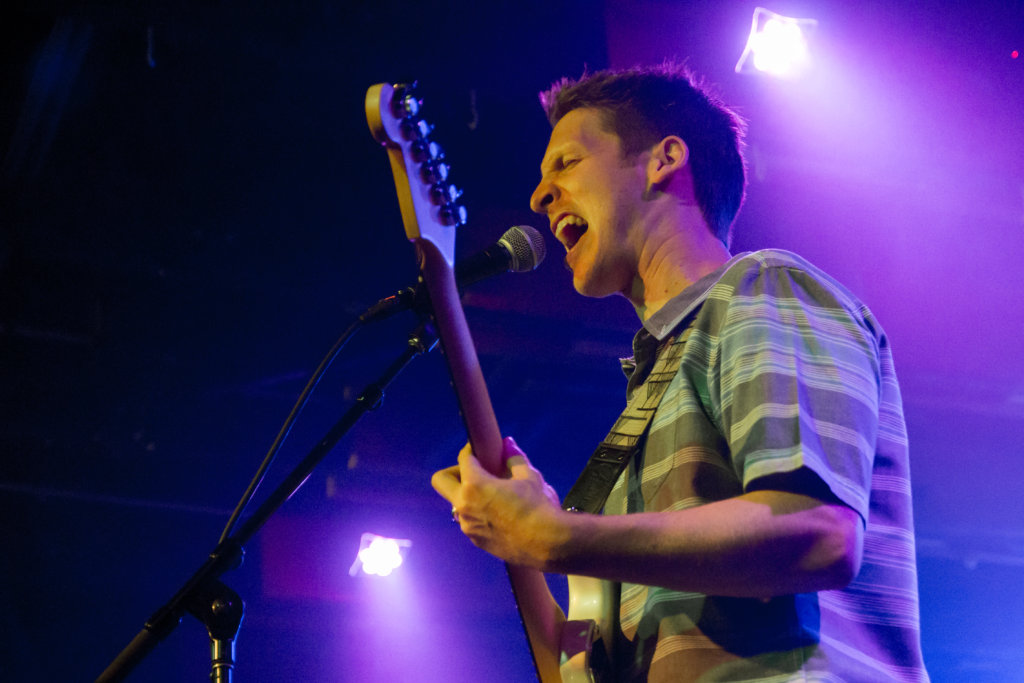 The music started at precisely 8 p.m. with a 30-minute set of reggae-tinted funk rock by Mind Upside. The room was still filling in when they kicked into their opening song, “I Should Have Known,” but the 7-piece group got the crowd up and dancing quickly, as they played through their set, including several songs that will be on their upcoming debut E.P. 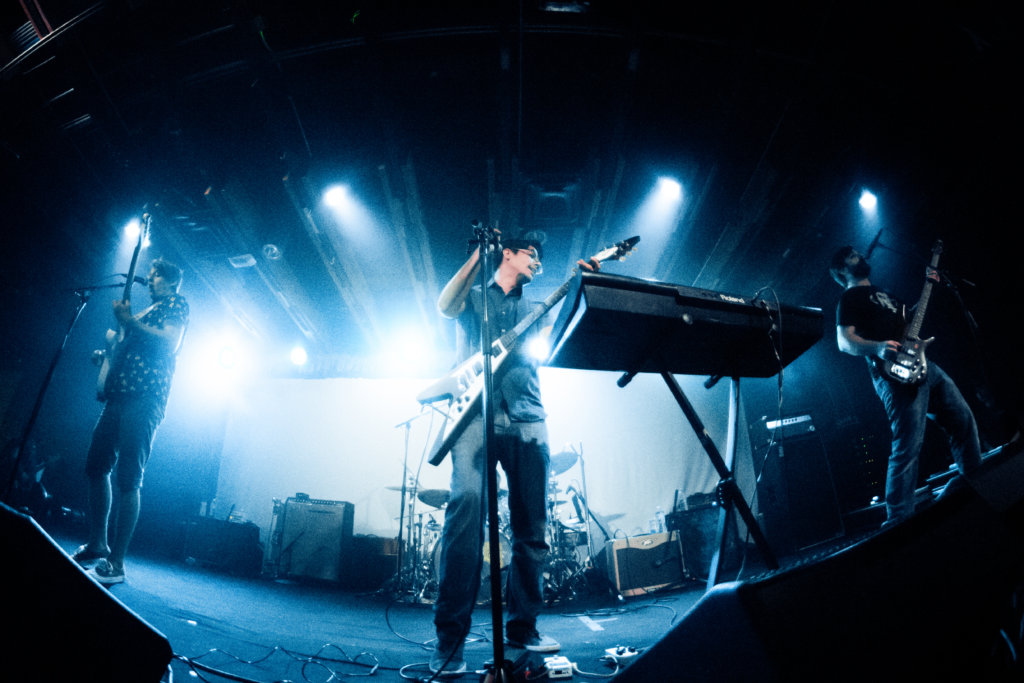 All five bands shared the headliners’ drum kit, keeping the time between bands to a minimum. After the first short break, valley favorites Bear Ghost took the stage like a storm. The group led their set with the riff-heavy “Necromancin’ Dancin’,” as vocalist/guitarist, Ryan Abel jumped around his side of the stage like a man possessed, whipping the now-full venue into a frenzy. They followed up with a mind-blowing cover of Queen’s “Don’t Stop Me Now,” with spot-on harmonies and note-for-note guitar licks. The group rocked through a handful of other crowd favorites from their full-length album, Blasterpiece and their Your Parents Are Only Marginally Disappointed In Your Musical Taste! E.P. 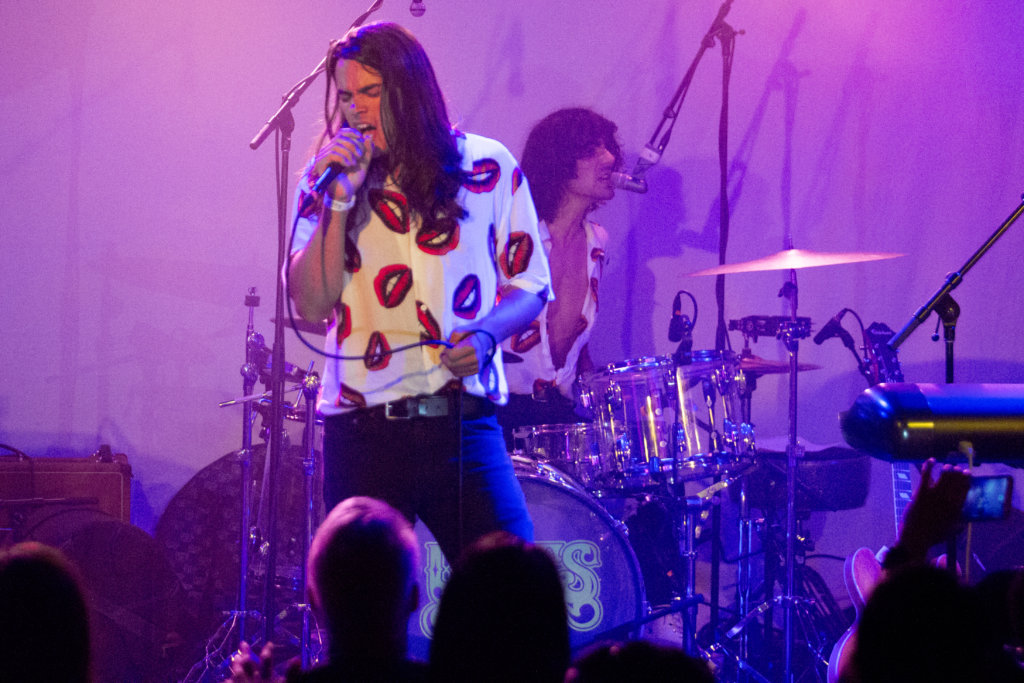 Next to the stage was the only band of the evening not based in Phoenix, Vista Kicks, though they play in the valley often enough to have built a following to sing along with their show staples. Taking the stage in matching white button-up shirts, with giant red lips on them, the Los Angeles based gave the audience 45 minutes of their best surf-inspired indie rock. Their set included fan favorites from their debut E.P., such as “Mona Lisa“ and “Jack Revell,” as well as a few from their upcoming album. 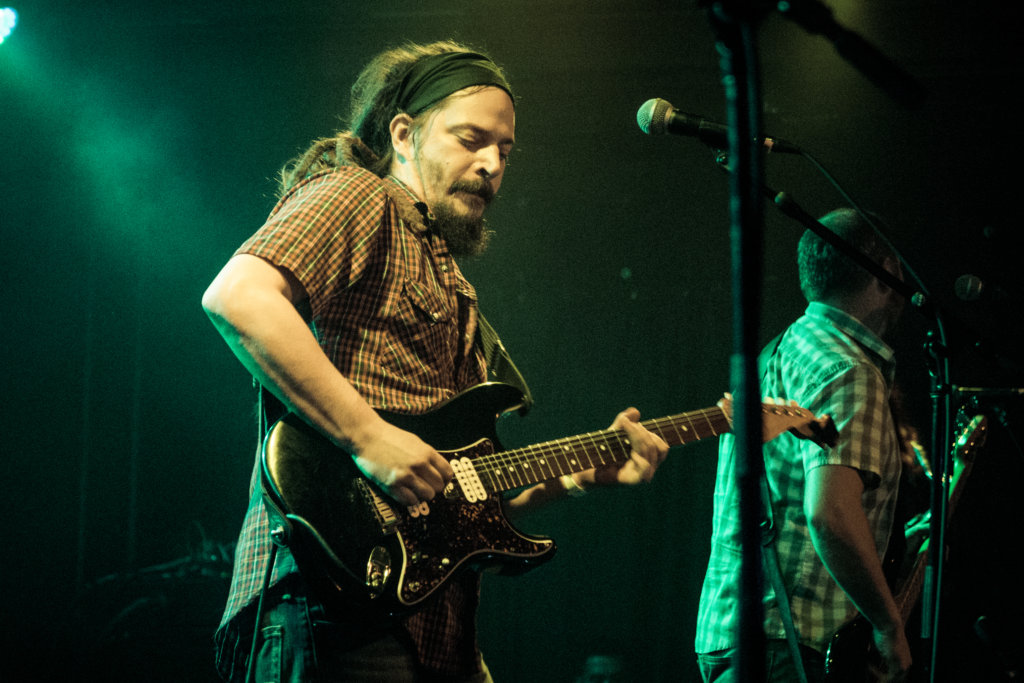 Soon after, funk rock group Banana Gun tore into their set opener, “Screen Time,” to a sea of dancing bodies. The core band consisted of five people, with two back-up singers, referred to as the “Banana-rettes” appearing on a handful of songs. Banana Gun gave the crowd a large dose of their latest album, Dance Monkey Down In Faux Town, released in May. 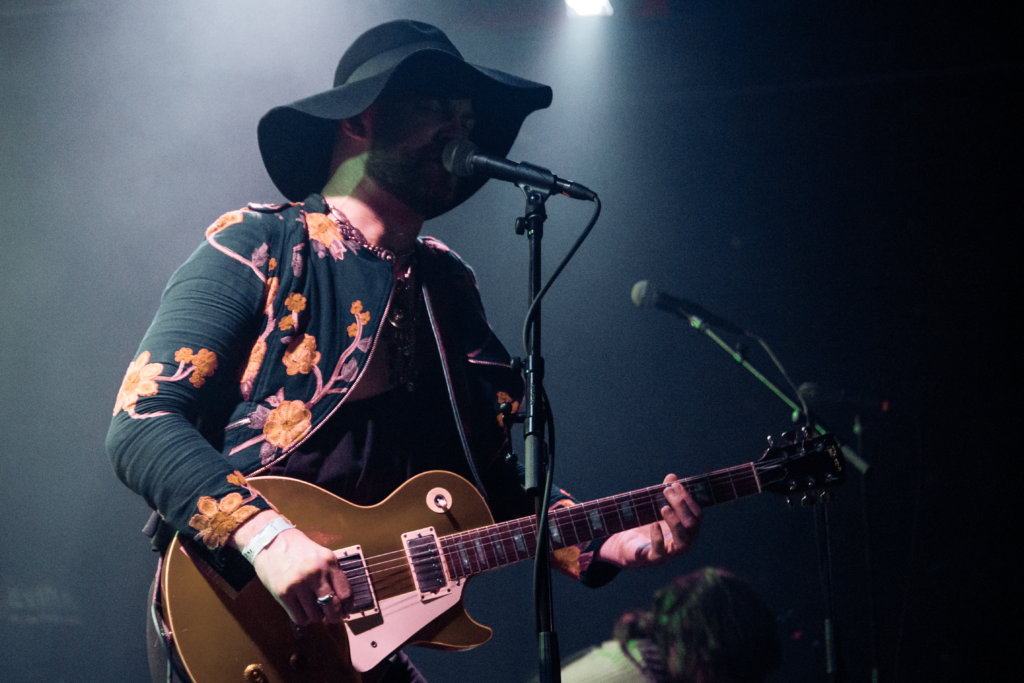 Finally, at 11:30 p.m., the lights went down one last time, as the Queen song, “Get Down, Make Love” roared over the house speakers and Wyves‘ logo lit up the screen on the back nine of the stage, three silhouettes appeared on the stage. As the Queen song faded out, bassist Brenden McBride started playing the opening riff of the band’s instrumental intro, soon joined by the bombastic drums of Evan Knisely, and a roaring guitar solo from Nick Sterling. After an energetic two-minute jam, vocalist Corey Gloden burst onto the stage and they launched into their first full song of the night. 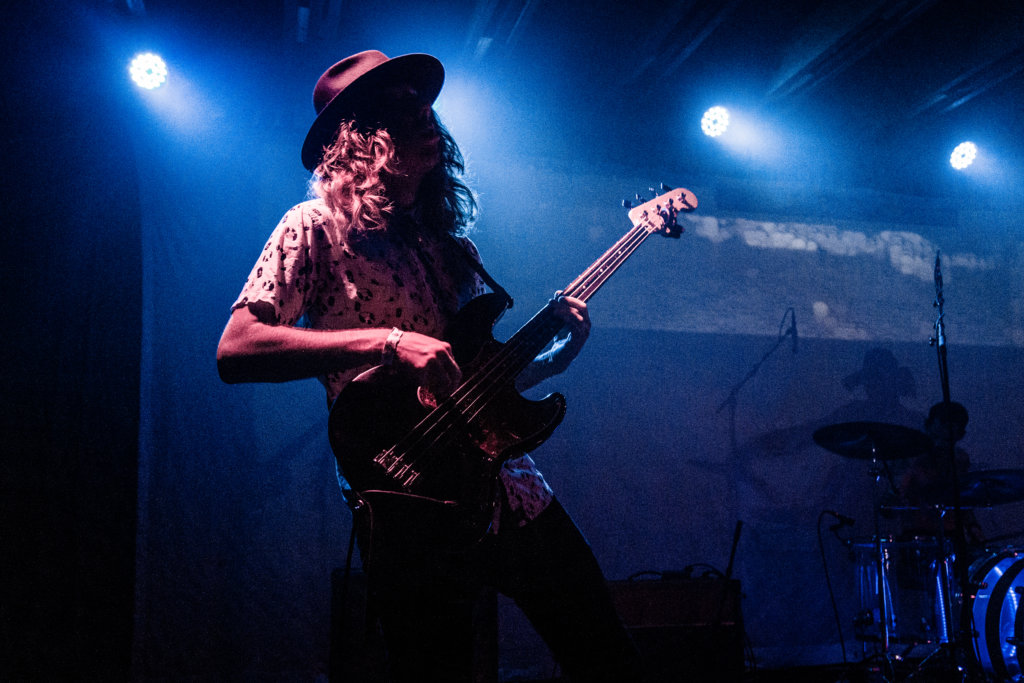 Wyves treated the crowd to an hour of original rock n’ roll, reminiscent of 1970s Rolling Stones or Aerosmith, while Gloden worked the crowd like a master, jumping in and out of the audience several times. The band ripped through several songs from their debut album, Spoils of War, like the raucous “Jump Into the Water,” and the down n’ dirty “Bad Reputation.” At 12:30 a.m., Gloden introduced the song of the night, “Bitch Has Got Problems,” and brought out two other well-known musicians from the Phoenix scene, Henri Bernard of Dry River Yacht Club and Cassidy Hilgers of Sister Lip and Field Tripp. What followed was six minutes of pure rock n’ roll fun, complete with inflatable instruments being tossed into the crowd, Gloden singing half the song from the middle of the crowd, and a music video being filmed of the whole thing. In the aftermath of the song, the band thanked the audience and the line formed at the merch table.