You are here
Home > FEATURED > Movie Review: The Dark Tower

It’s been a real challenge starting a review of The Dark Tower, a film I sincerely enjoyed for what it was, but for some reason feel guilty about liking. Critics are jumping up and down on the movie for being obscure, rushed, and convoluted but the impression that I got was that watching this movie was as close to what it feels like to read a Stephen King novel as I have ever seen on the big screen and I say that as both a compliment and mild criticism of his work. Bear with me, I am unabashedly a huge fan of the author but his greatest strength as a writer is in the narrative, the pacing and momentum that he creates in his books that comes directly from his method, which to not plan too much out and to let the story essentially tell itself, free form from his mind. 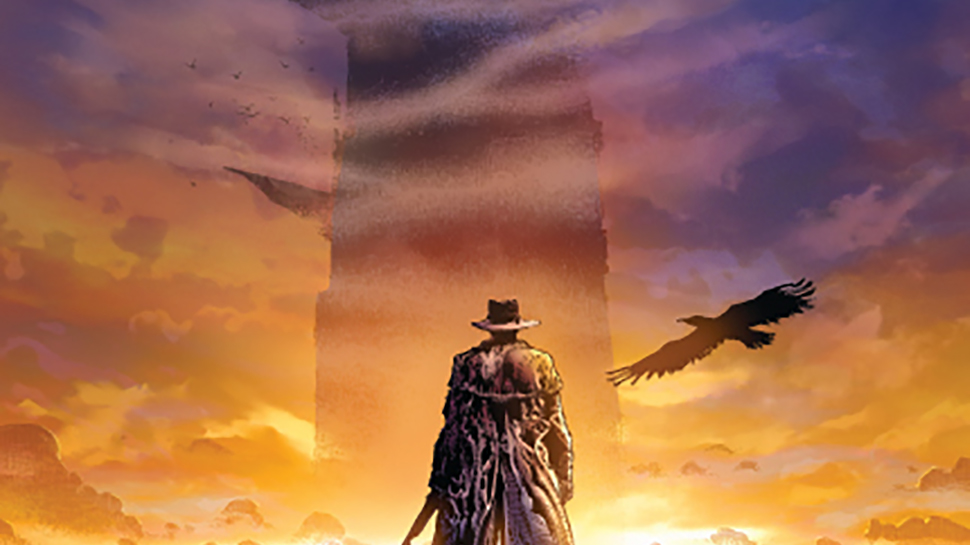 This strength, however, often comes at the cost of a fully formed mythos or world building, he’s discovering a piece as he writes it and his audience (the Constant Reader, as he refers to us) is as much along for the ride as he is. This works well in novel form because the imagination is already filling in the big stuff and only hinting at larger, unseen worlds just out of sight is all the more thrilling but in film this is less the case. In film this is more often considered lapses in narrative or plot holes, particularly in the age of the Marvel/tentpole dominated summer filmscape where every feature is fully formed and vetted and expositioned to hell and back, audiences are, more than ever lately, conditioned to expect a full explanation for everything that is taking place within a 120 page, three act script complete with sanitized action beats every 10 pages to keep people with short attention spans engaged. The Dark Tower isn’t quite that. 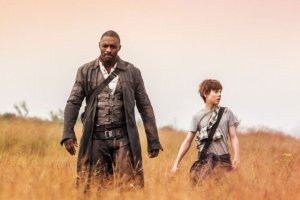 Instead, it sets up its premise very quickly and rushes towards its endgame with very little time set aside for getting to know its characters or settings and this is probably going to piss off casual audiences. And I don’t feel bad about that one bit, because casual audiences are the reason there are five Transformers movies and, at last count, seventy two entries in the Fast and the Furious franchise (I think). The film that came to mind, oddly enough, was Serenity, an unarguably superior picture in terms of introducing a whole lot of information about a big, very strange world in a limited amount of time. But for fans of Firefly the affection for the material was obvious and apparent which is the same feeling I had about The Dark Tower and is the same reason I feel a little bit guilty about liking it: this movie wasn’t made for that big audience, it was made for me. This guy, the one with Dark Tower comic books decorating his cubicle and a gunslinger tattoo.

For the record, not every hardcore fan is guaranteed to love this movie, far from it. A lot of them are going to complain as they have for the last 12 (!) years that these movies have been in development hell, as they have over every attempted casting choice from Russell Crowe to Javier Bardem, and that’s perfectly fine. Being a die-hard fan of something presents its challenges in all kinds of ways but it takes a certain maturity to acknowledge that there was never going to be a perfect film adaptation of Stephen King’s opus. It’s too big. Too weird, too violent and fantastic. Too meta. And the simple fact that a film got made at all is practically a miracle in itself that, in no way, ruins or affects the source material. I am actually very grateful it diverged from the books the way it does because this way the story I’ve seen in my head for twenty years is still there, unaffected by someone else’s vision, it’s still mine.

To get down to brass tacks, is The Dark Tower a good or a bad movie? I think it’s perfectly good, I sincerely don’t understand the sort of fight or flight response to a movie that doesn’t quite fit the pigeon hole for summer action blockbuster, that leaves a lot to the imagination and caters to its fanbase as much as it can on a $60 million budget. Is it the revelatory, religious experience that will bring a new generation into the fold and sell a few million more copies of the novels? Nope. It’s not. In fact, it is quite simply too short. It’s an unusual fantasy adventure that seems slightly embarrassed for its eccentricities, that jogs hastily from plot point to plot point instead of trusting the material. There was so much to work with here, this is a film that should have some strut to it, some atmosphere and philosophy, some more conversation and character development. And although I am admittedly as biased as it gets on the subject, I’ll be the first to admit that those things are missing. Although the tower puns abound, I’m afraid I’ll have to join in, this isn’t going to be the foundation upon which a new franchise will be built, rather, it’s more of a model home that is meant to give the impression of a more complete work and I say that without an ounce of bitterness. With or without it’s flaws, The Dark Tower succeeds, to me, because I saw the enthusiasm and attention to detail and passion put forth by Idris Elba, Matthew McCounaghey, Tom Taylor, and director Nicolaj Arcel. Akiva Goldsman, please go away, but every one else, I saw it and was incredibly grateful to see this amazing and fantastic Universe brought to life, to hear the gunslinger’s litany and the phrase “Long days and pleasant nights” on screen. Even if I might be the only one.