Article and Photos by: Abigail Buckler

Las Vegas, NV – Behemoth, Lamb of God and Slayer is a diverse lineup for a tour and the close to sold out crowd shows how anticipated this tour is.

Behemoth takes the stage led by Adam “Nergal” Darski carrying two flaming torches, this sets the mood for what to expect from their set.  Behemoth is a Polish extreme metal band and their costumes and various props create an overall feel for the show with flames, gloomy lighting and religious elements.  Most would expect a band like this to stay still and just play, but that is not the case.  The roam the stage and use the various props and backdrops to create a captivating set. Their energy sets the tone for the night and gets the crowd going. 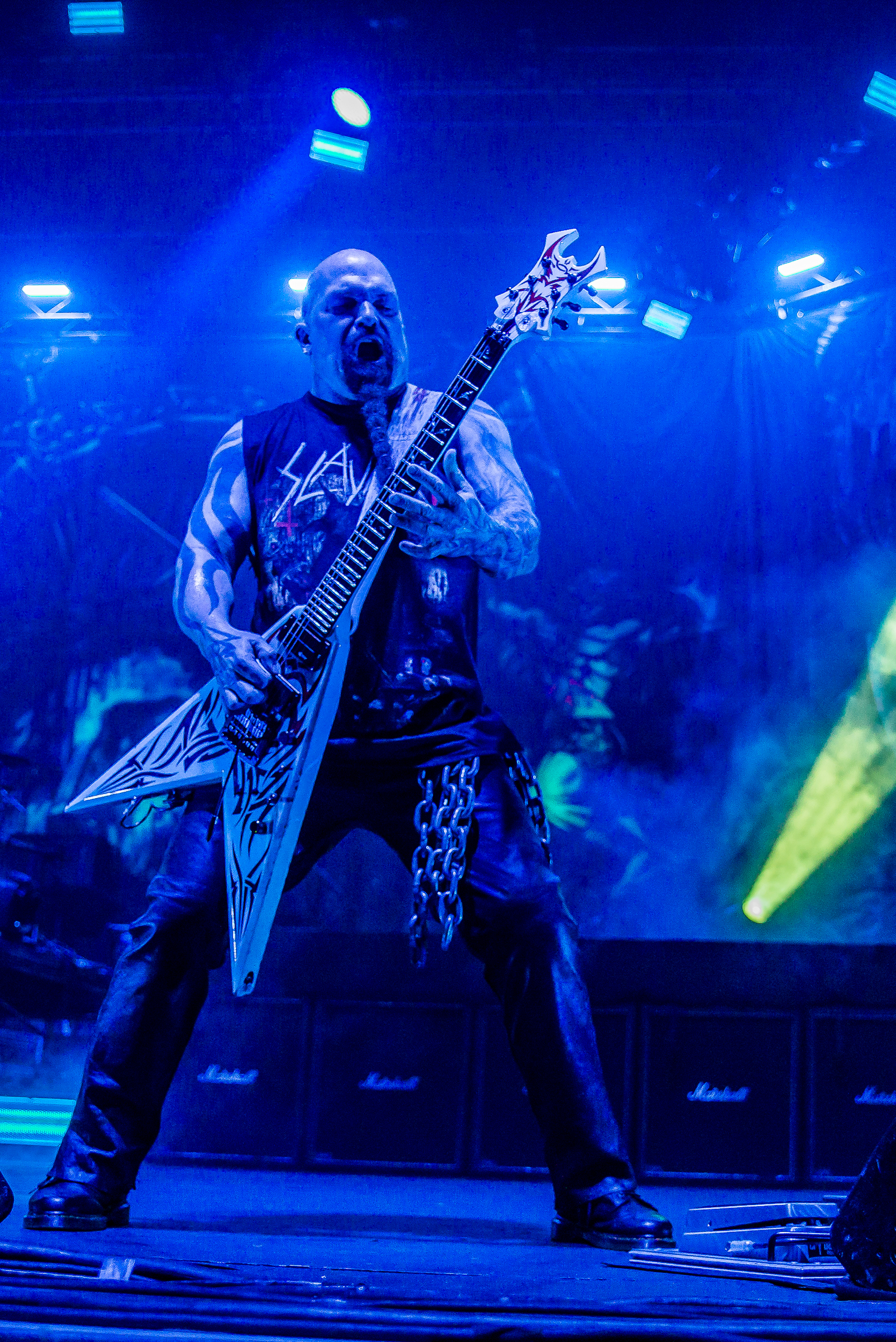 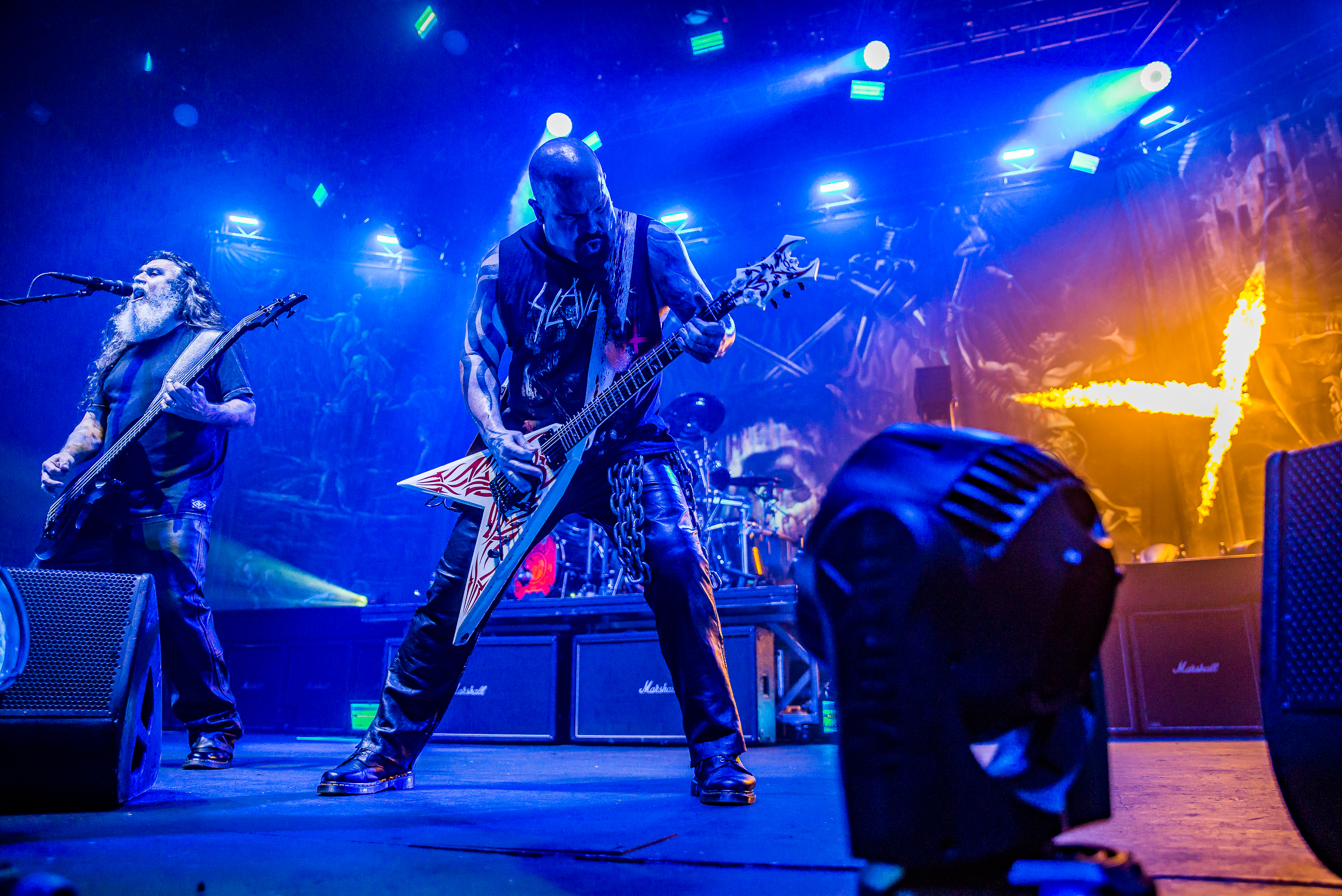 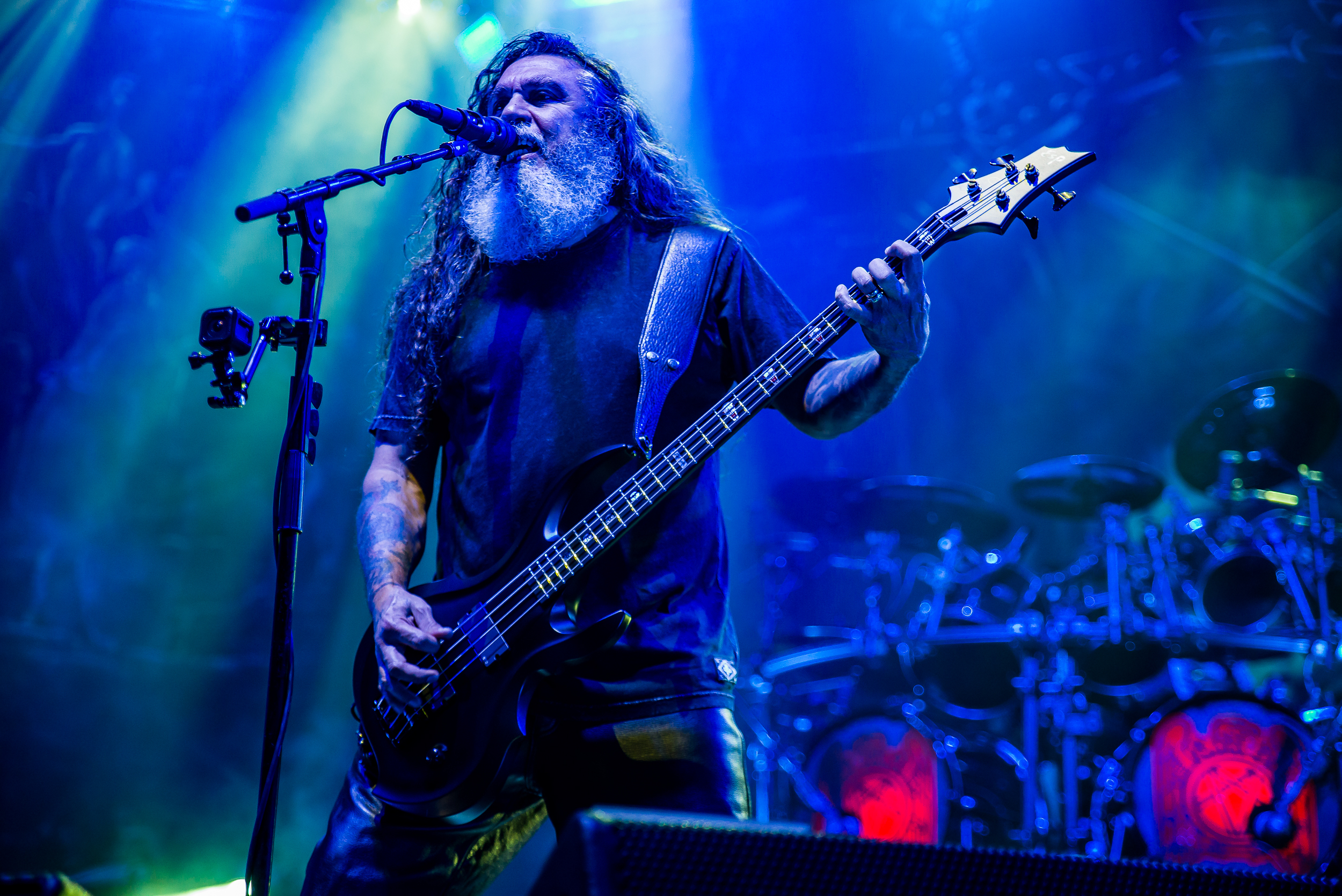 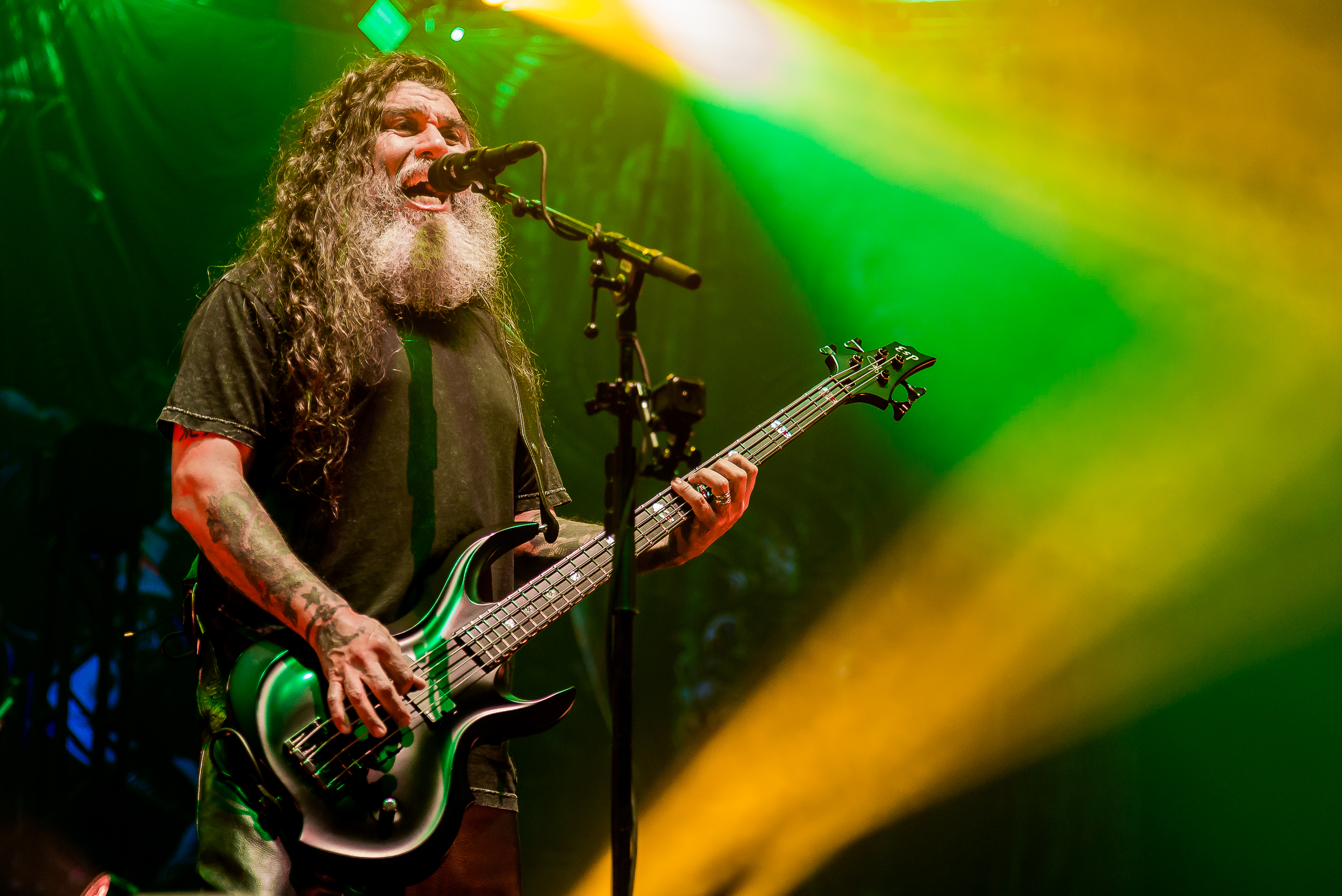 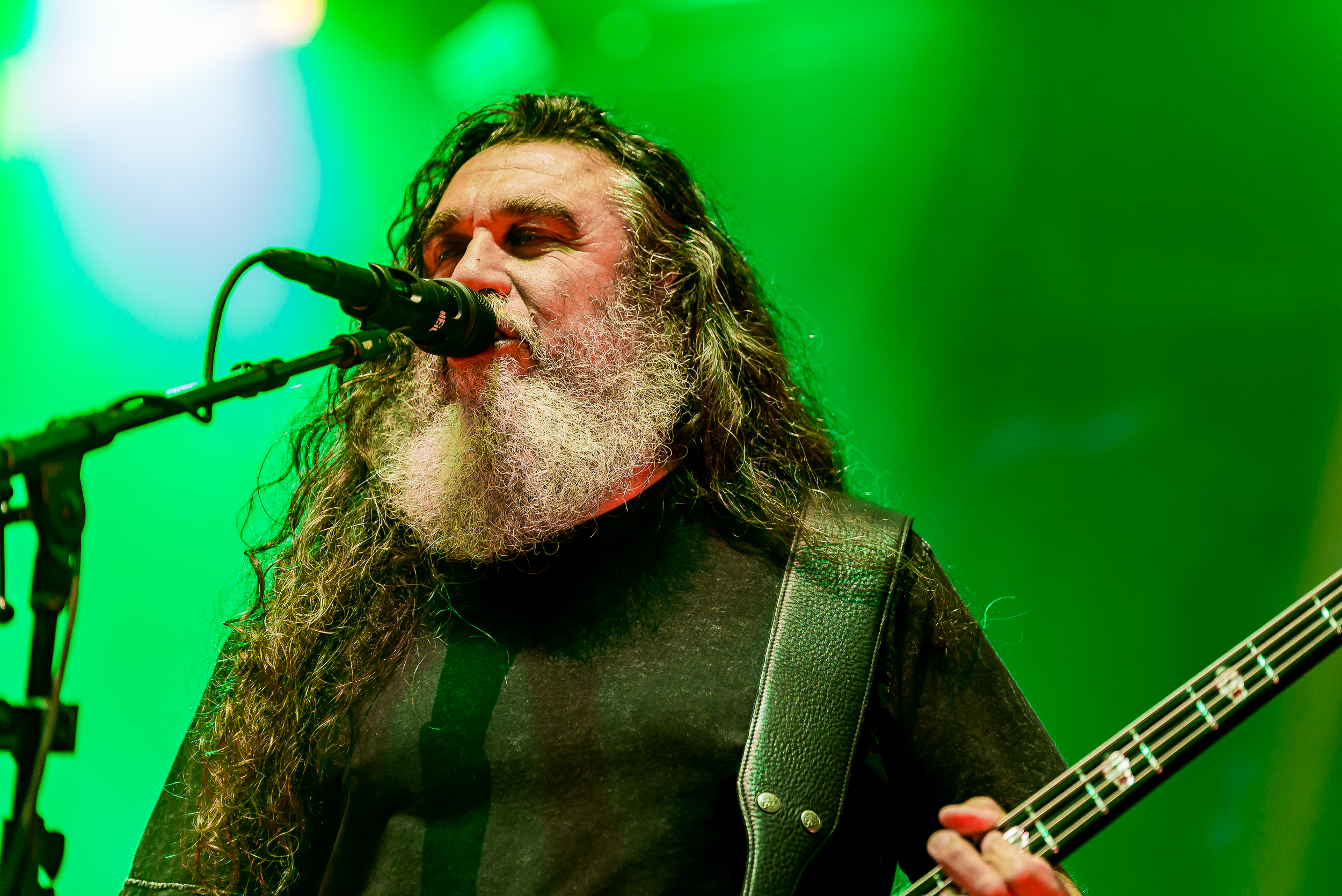 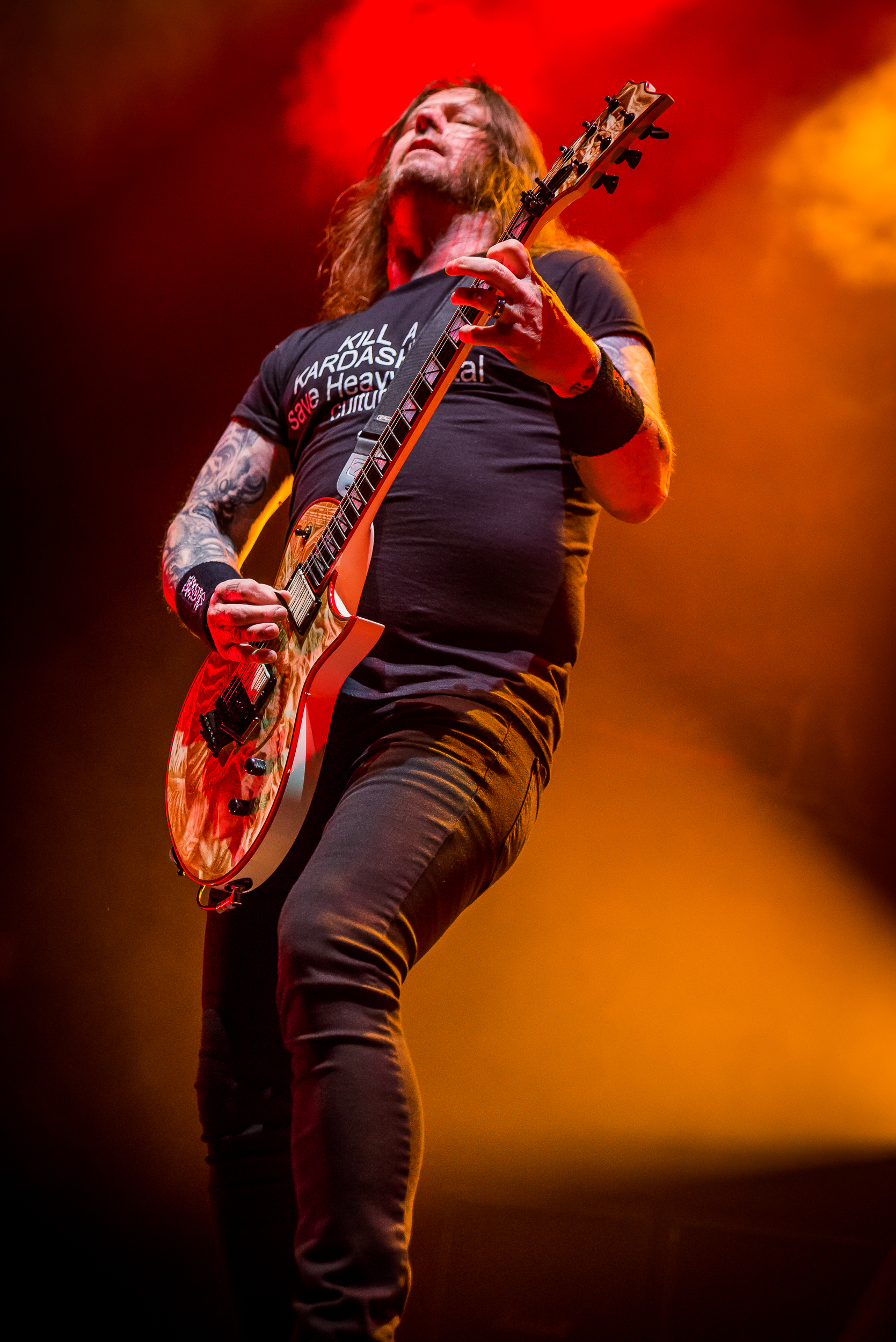 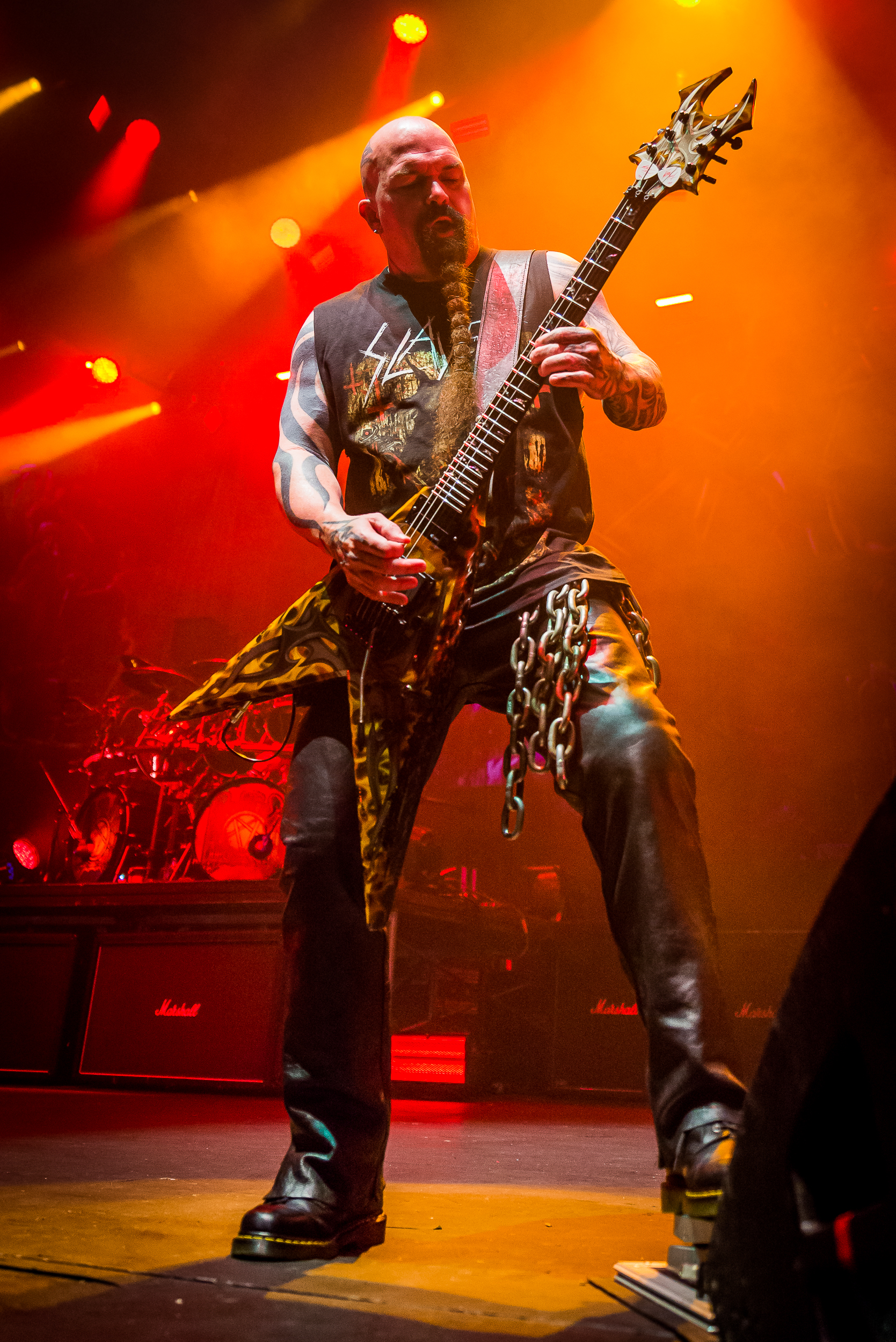 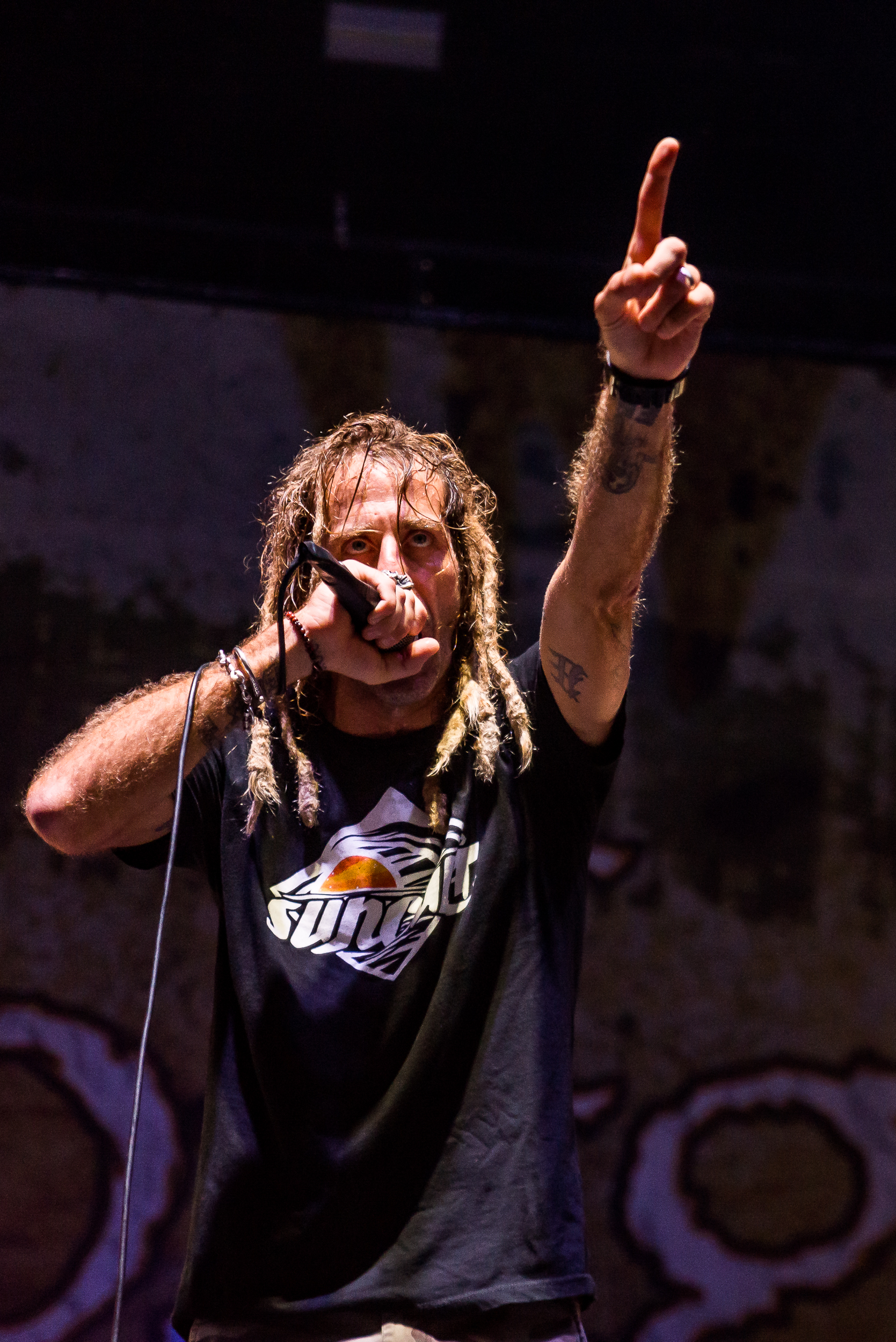 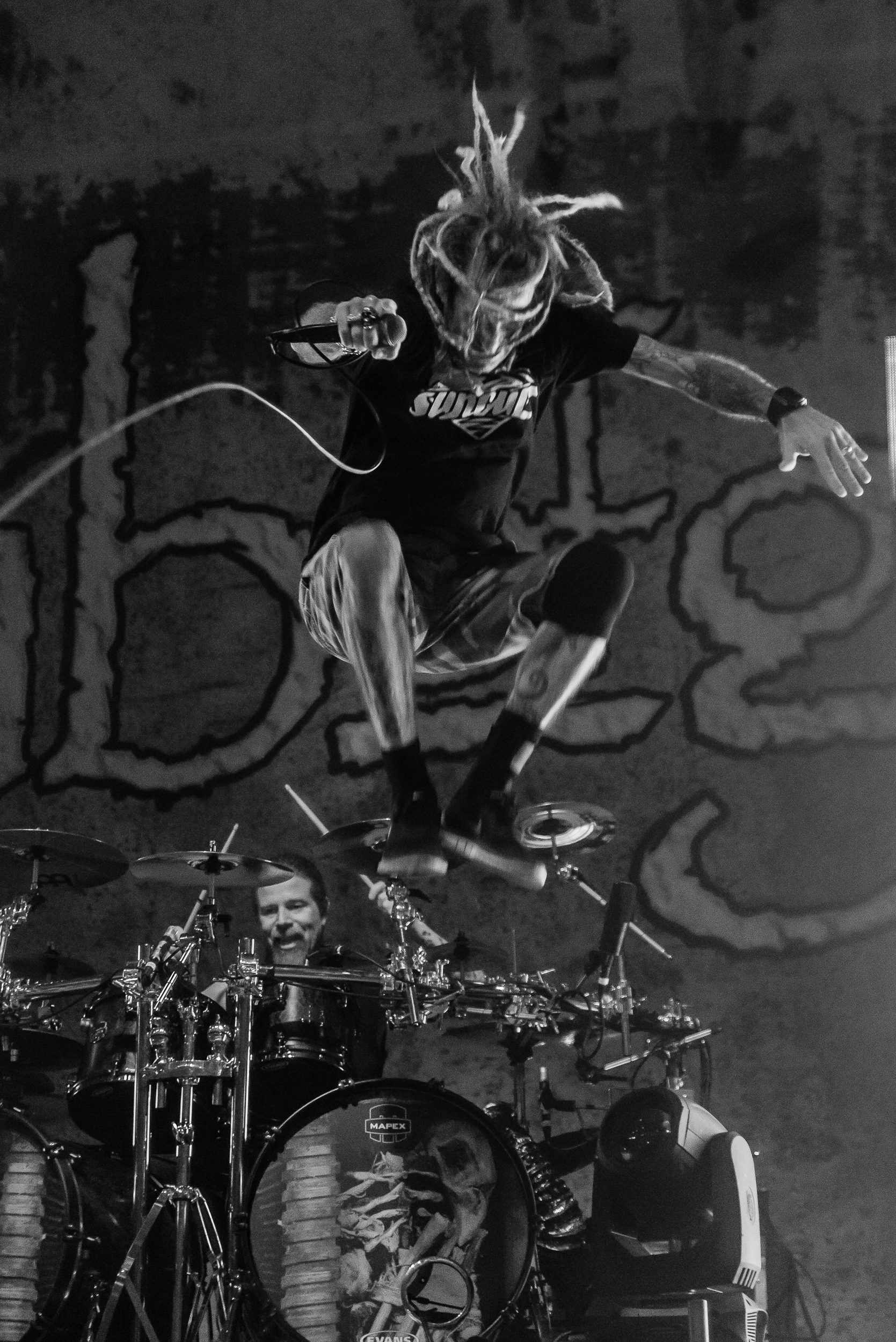 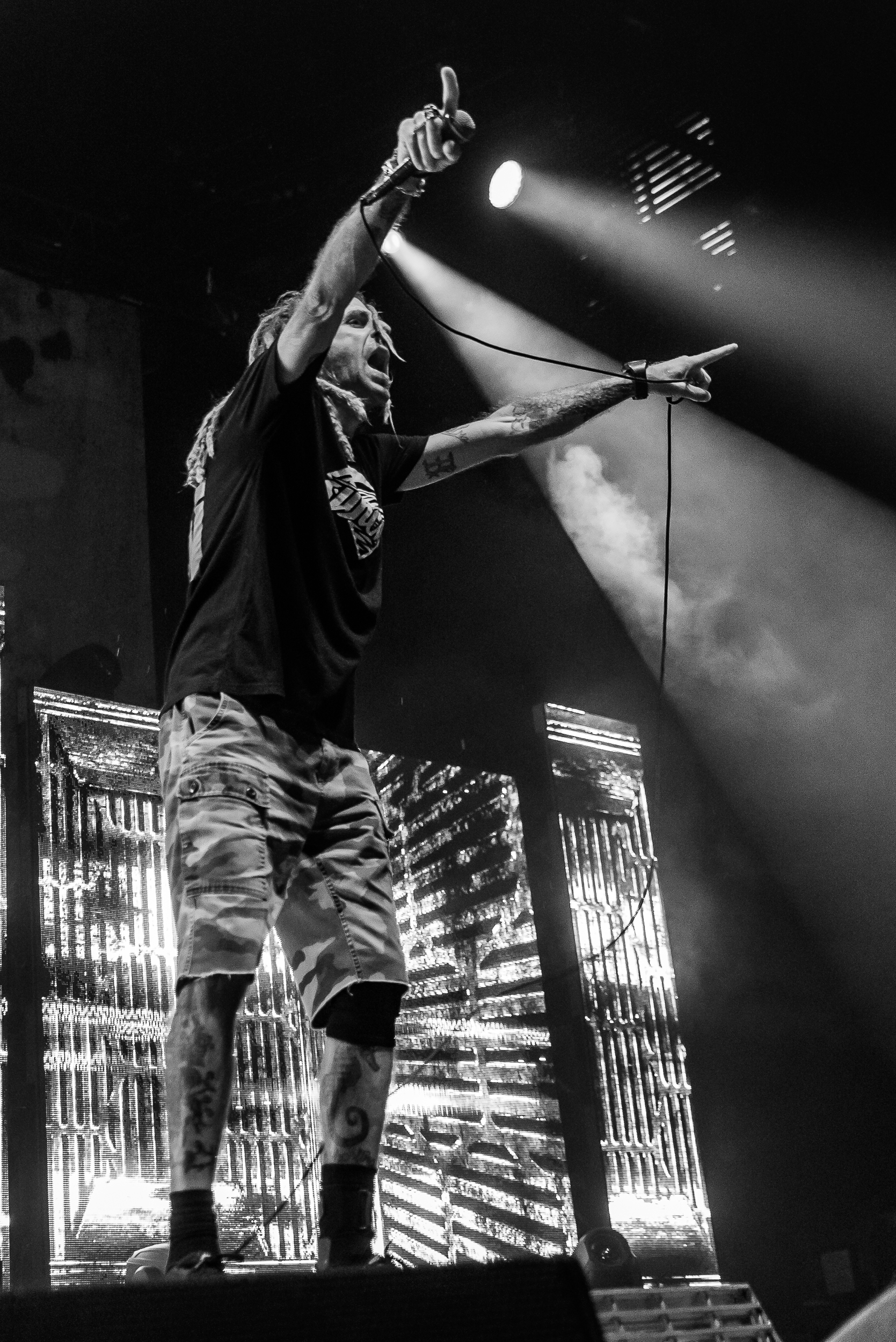 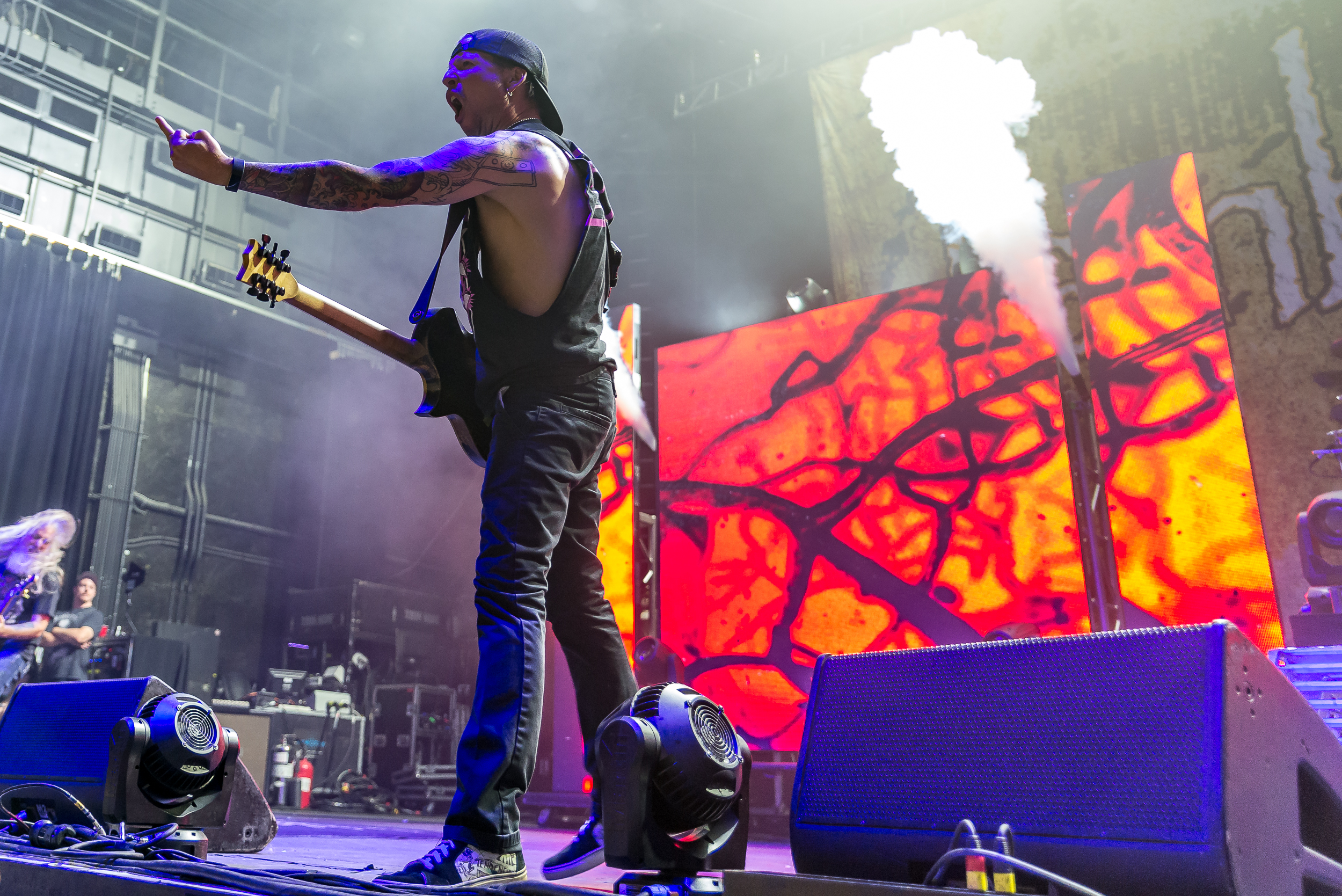 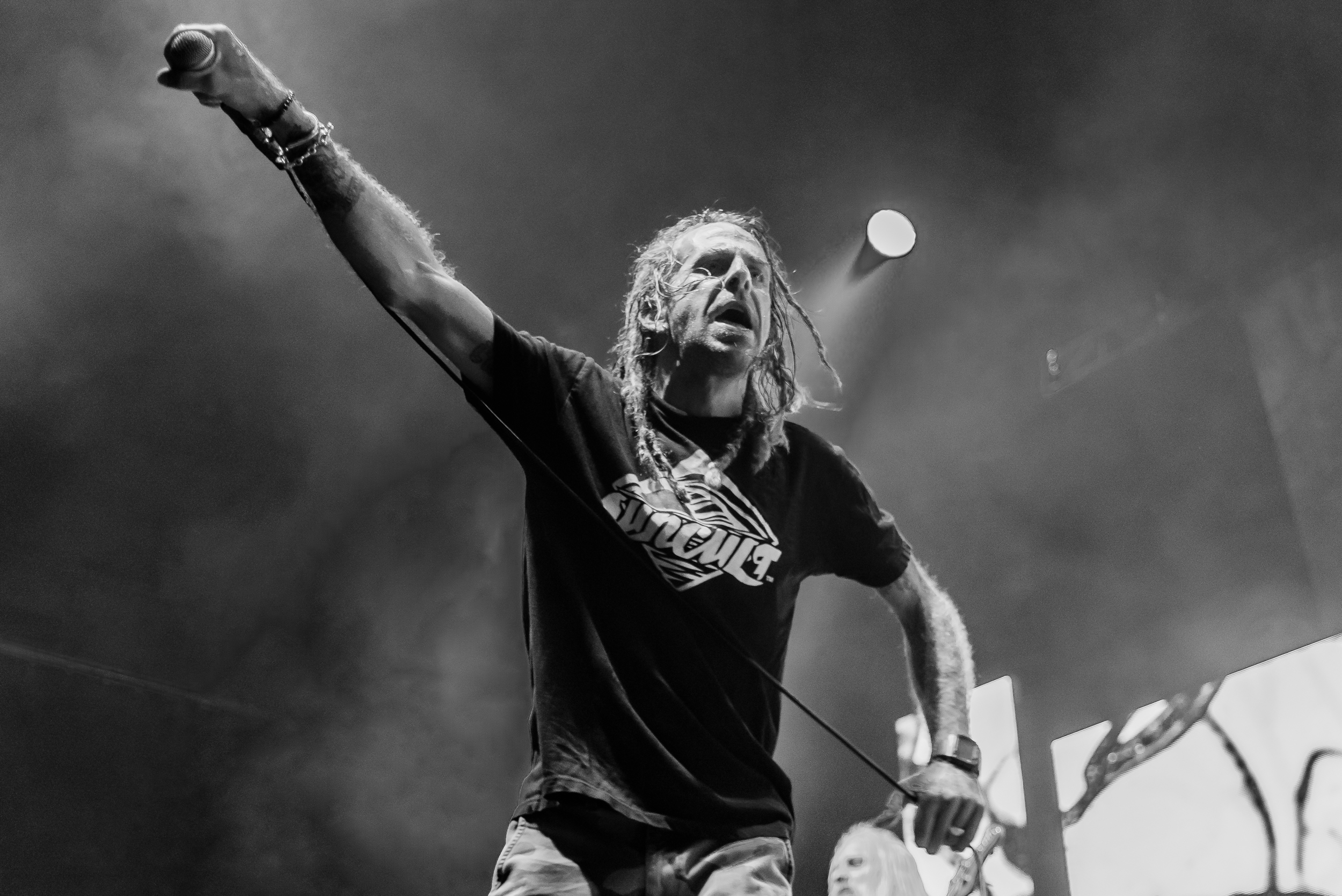 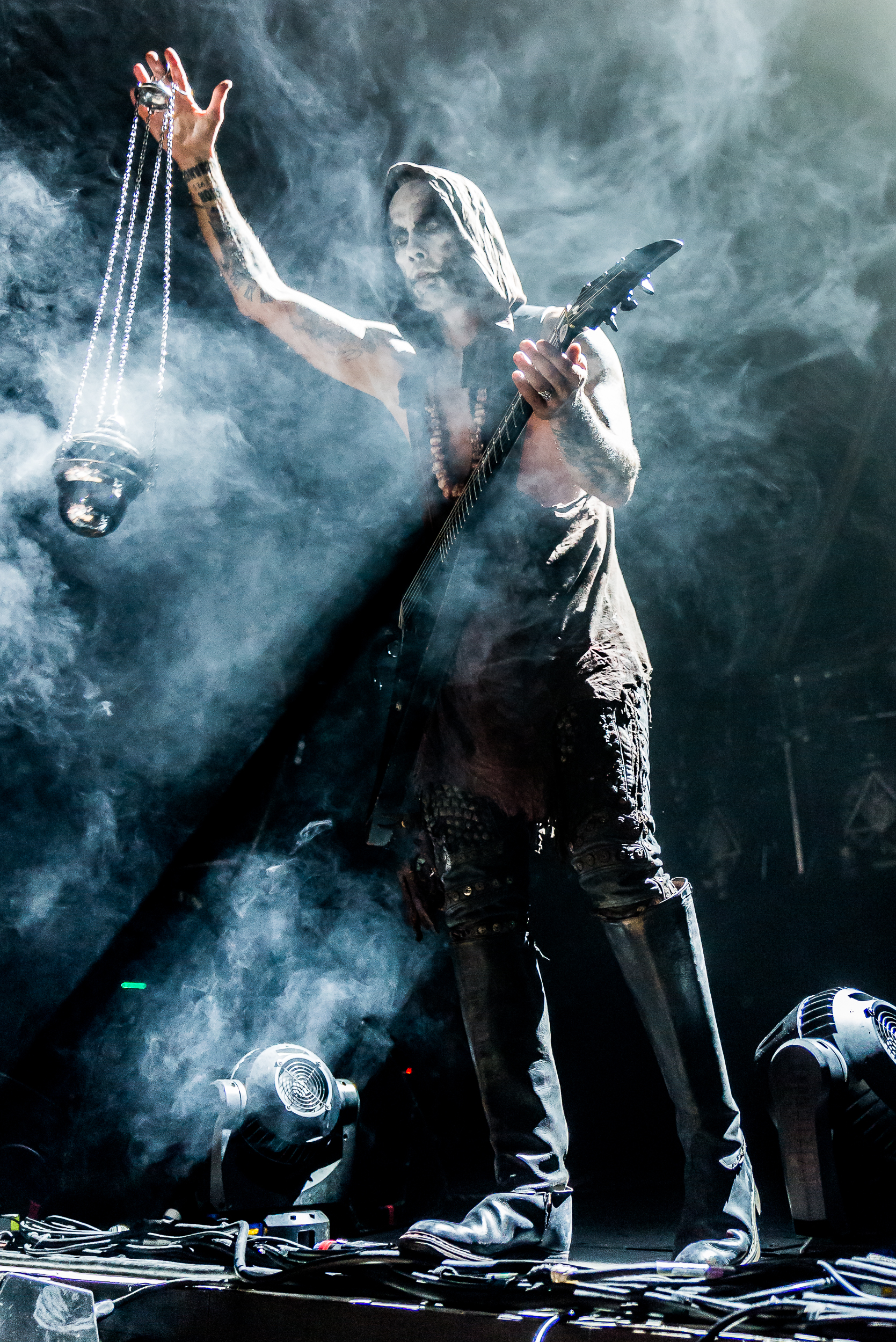 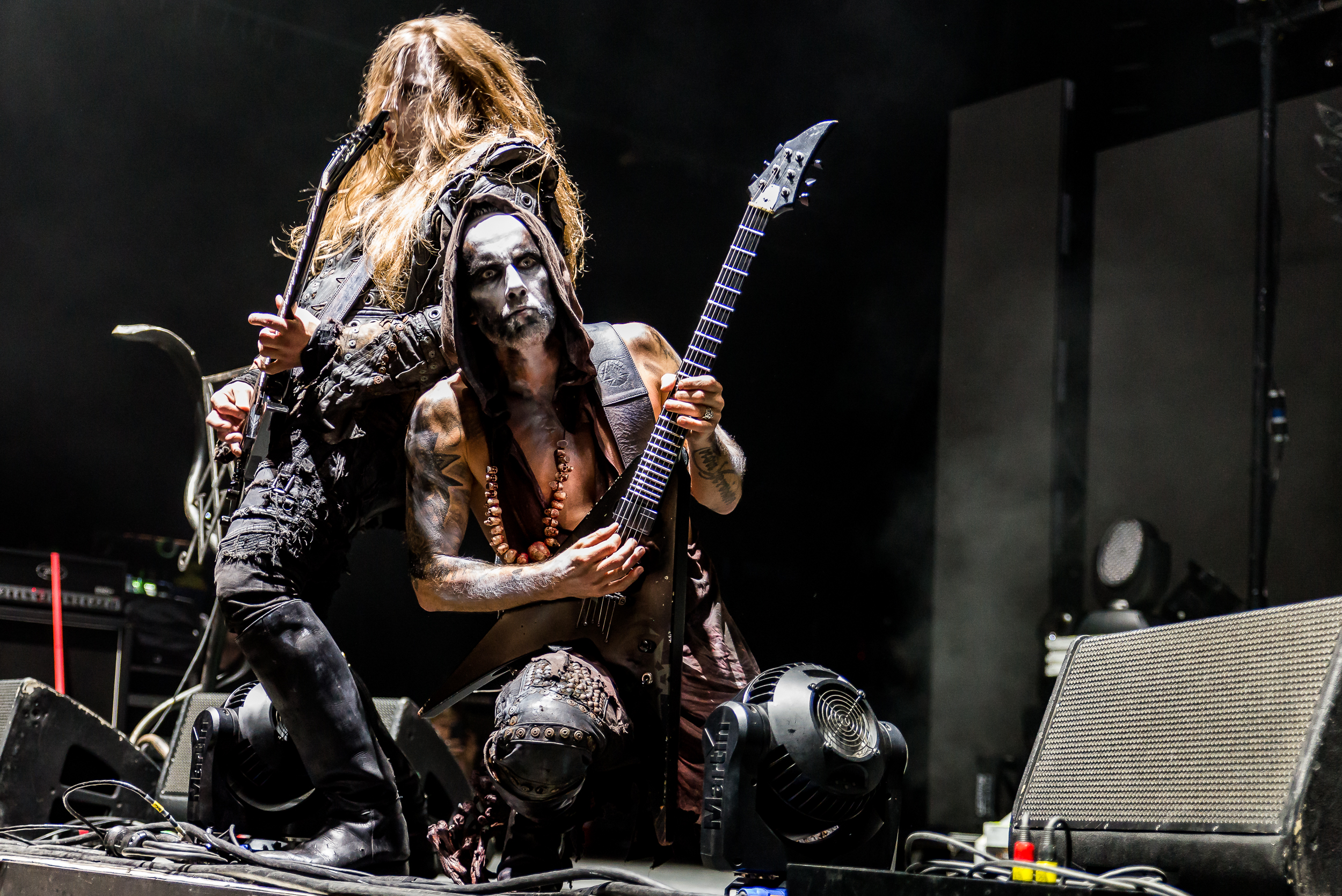 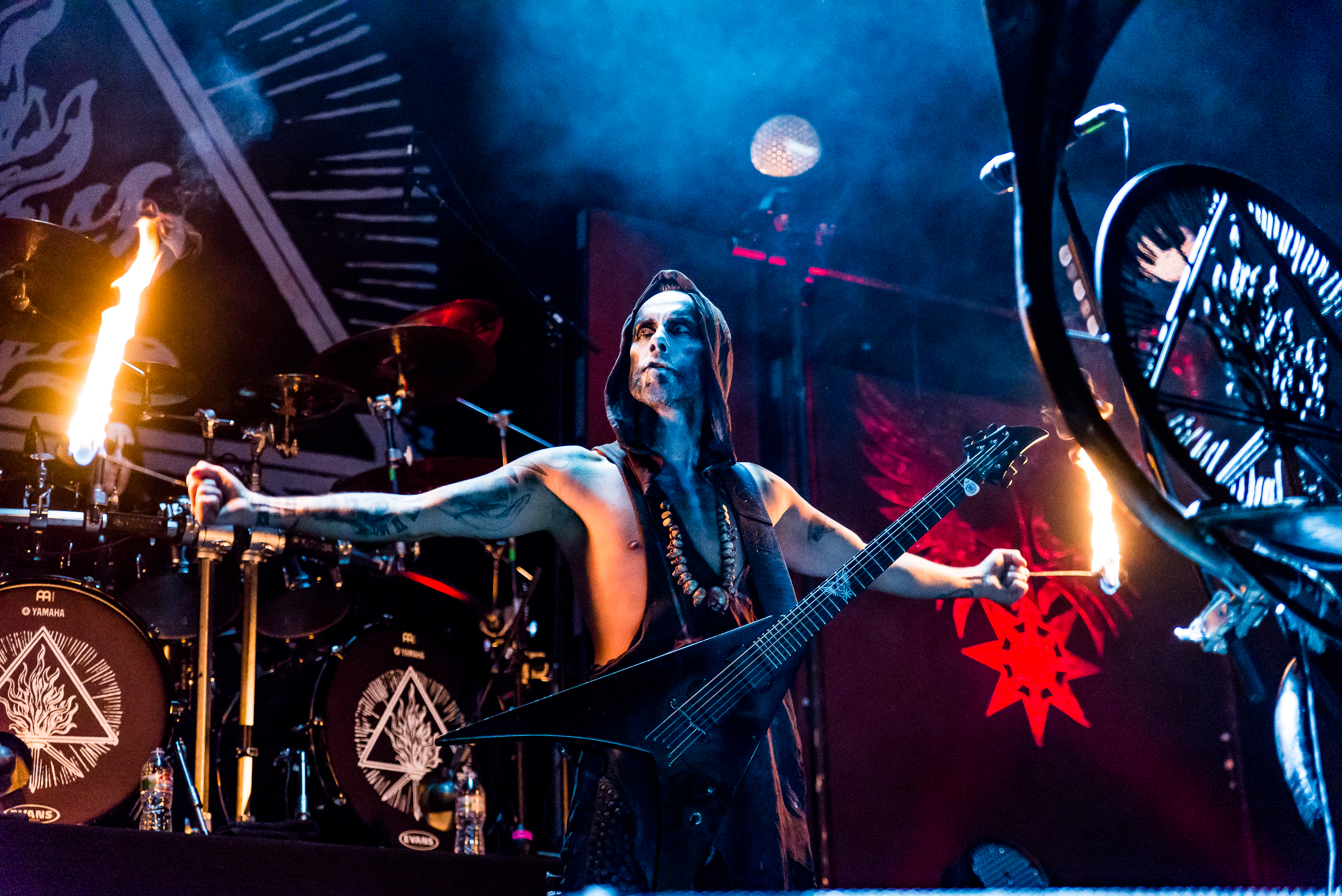 Up next is 5 time Grammy nominee Lamb of God from Richmond Virginia.  Lead Singer Randy Blythe alternates between flying through the air and prowling the stage as he delivers his growling vocals.  This band is always very tight musically and tonight is no exception.  The stage is awash in red light as video screens play behind the band.  The crows is loving Blythe’s energy.  They are either singing along or moshing through the set.  The second song in “Now You’ve Got Something to Die For” dedicated to the troops kicks the crowds energy to the next level and it continues through the set.

Now it is time for the main event.  The crowd begins to chant Slayer, Slayer, Slayer as white crosses begin to spin on the giant curtain draping the stage.  The image switches to blood red Slayer logos and the curtain drops. Tom Araya, Kerry King, Gary Holt and Paul Bostaph launch an assault on the senses.  This member of the Big 4 of thrash metal never fail to deliver live.  The music is fast and delivered perfects.  King and Holt are more animated moving around the stage, at other times cross flames of pyro are ignited behind the band.  The crowd continues to grow and gain excitement as the set progresses.  The band plays with the intensity you would expect. King scowls and Araya smiles at the crowd and it just all comes together for a fantastic set which covers all the Slayer songs that would be expected culminating in “Raining Blood.” They played a lengthy set which with a catalog as vast as theirs you would expect this.

When the show is over the crowd departs still screaming SLAYER until their next opportunity to see these amazing bands.