NORFOLK, VA- It’s the day following one of the most tragic events to hit U.S. soil. On October 1st, 2017, a lone shooter took aim at thousands of concertgoers at an outdoor Jason Aldean show in Las Vegas, Nevada, leaving approximately 58 dead, hundreds wounded,  and countless in shock. This tragedy left our nation reeling in grief and reopened heated and unresolvable debates on gun control laws, terrorism and mental illness. 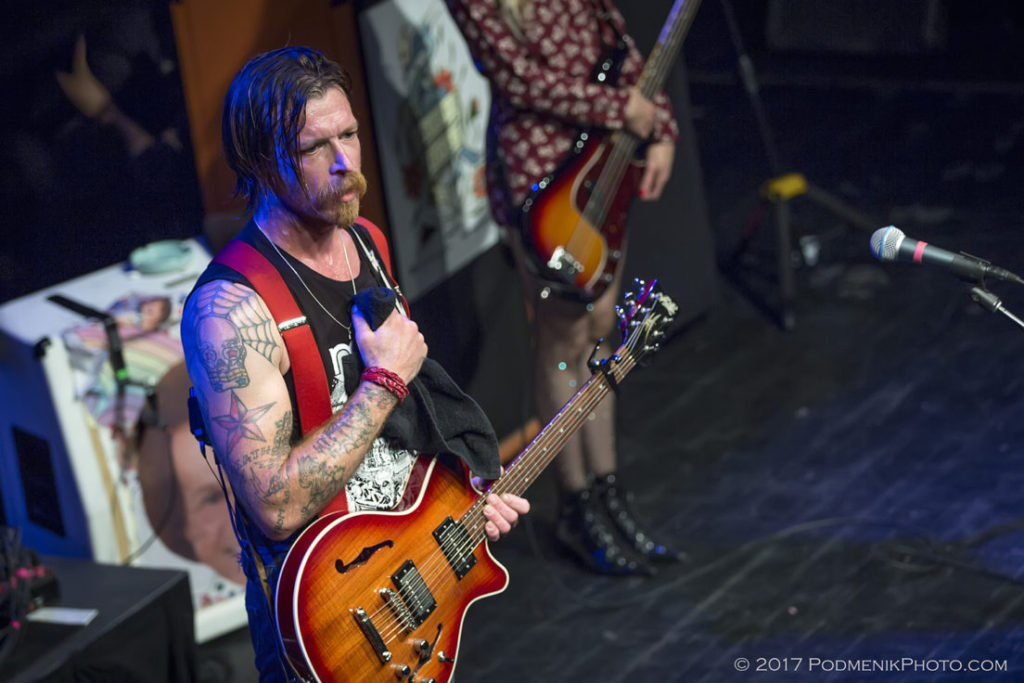 And on this night, Norfolk played host to a band that underwent the same trauma almost two years ago at the Bataclan in Paris, suffering a terror attack that took 89 souls from the world. Healing from these events will not be easy; at times singer Jesse Hughes was overcome with emotion in remembrance of that day and shared a solidarity with those who grieve now with fresh wounds to the heart. 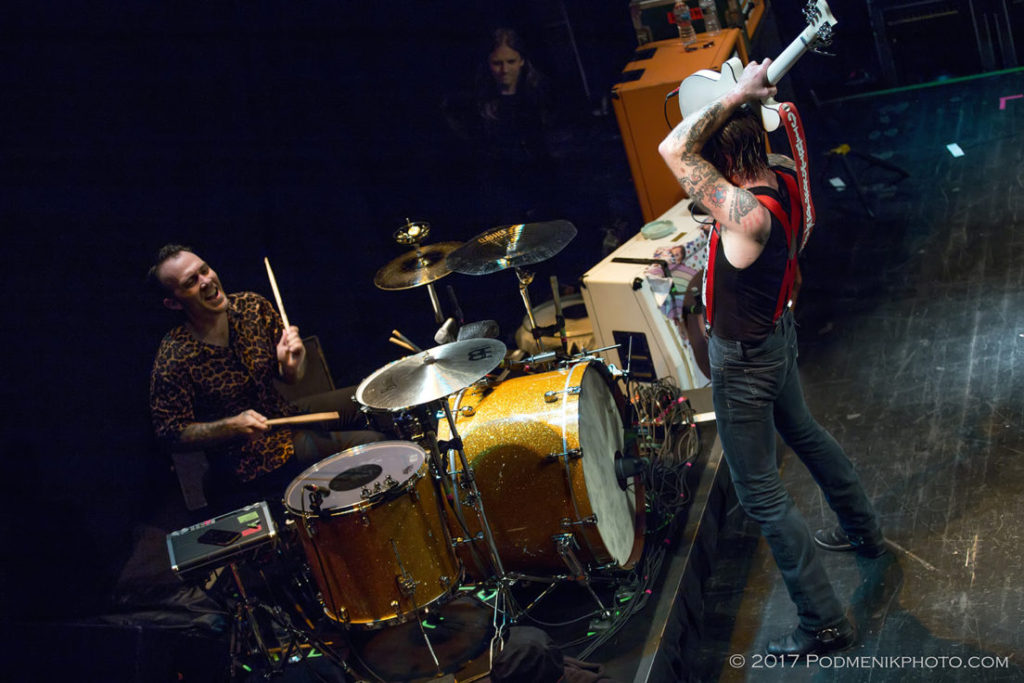 Eagles of Death Metal, who have very little to do with death metal and sound nothing at all like the Eagles, are a good ol’ fashioned rock and roll band from Palm Desert, CA. Born in 1998 out of the active imaginations of best friends Jesse “Boots Electric” Hughes and Josh “Baby Duck” Homme, the band features the feel of fun loving 70’s porn swagger and has song titles such as “ Death by Sexy” and “Zipper Down.” Jesse Hughes did not allow the recent events color the mood of the entire evening, exhorting the audience in the mannerism of a Baptist preacher to never let the bad guys “win”, and inviting us to the church of rock and roll. Hughes and crew proceeded to let loose in dance and song, and it was apparent the band was one huge, loving family. Easily one of the best shows I have seen this year, Eagles of Death Metal brought an event that deserves a place in the history books of the NorVa.

Catch this wonderful band at these tour dates, and give back some love.