Philadelphia, PA — The Naughtiest Halloween party I ever attended!!  Lords of Acid decided to hold their Dracula’s Ball at the Philly famous Trocadero Theater.  While a police helicopter was buzzing overhead, I turned the corner to see a rouges gallery of waiting fans. As I passed a Unicorn, Vampires, a Pony, an Evil Pumpkin head, a Storm Trooper, and many, many Goth dressed fans, I knew this was going to be a fun night.

Once inside the venue, the vibe was more of a party than a concert.  There was a DJ in the upper level balcony blasting out a fantastic set which was mixed to perfection as the fans filled the dance floor.  The atmosphere was very post-apocalyptic as scantily clad woman danced with blood splattered nuns, and the singular Jesus with devil horns looked like a Mad Max movie set.

This is a reunion tour of sorts as the bands playing have been around for a while.   The opening band Christian Death, in support of The Root of All Evilution opened with a conductor baton.  The band’s performance was a unique journey with an interesting mix, death metal with a violin? Sure.

The second band CombiChrist, who has an extensive discography, had plenty of songs to choose from their extensive library.  Stand out performances from lead singer Andy LaPlegua and drummer Joe Letz who happened to be supplying his own personal performance.  Letz was a bit back on the stage and had some weak lighting, but if you watched him, you were almost hearing a soundtrack to his own movie perfromance.  I never saw so many drum sticks go flying every which way (he had an assistant to keep everything in check).

As the band took the stage, the costumed crowd was ready for Lords of Acid. The Belgian-American post-industrial/techno band founded in Antwerp has experienced some band member changes obviously since then, but the current line up just crushed it tonight.  Frontman Praga Khan supplied the pulsating beats for the band to build upon as it showcased their many talents.  While you could see the band was enjoying playing with each other (Mea Fisher literally jumping on the other band mates).  Mea really put her heart into the performance as she accentuated the lyrics with facial expressions and body language.  She absolutely connected with the audience, even crowd surfing around the entire venue floor at one point. 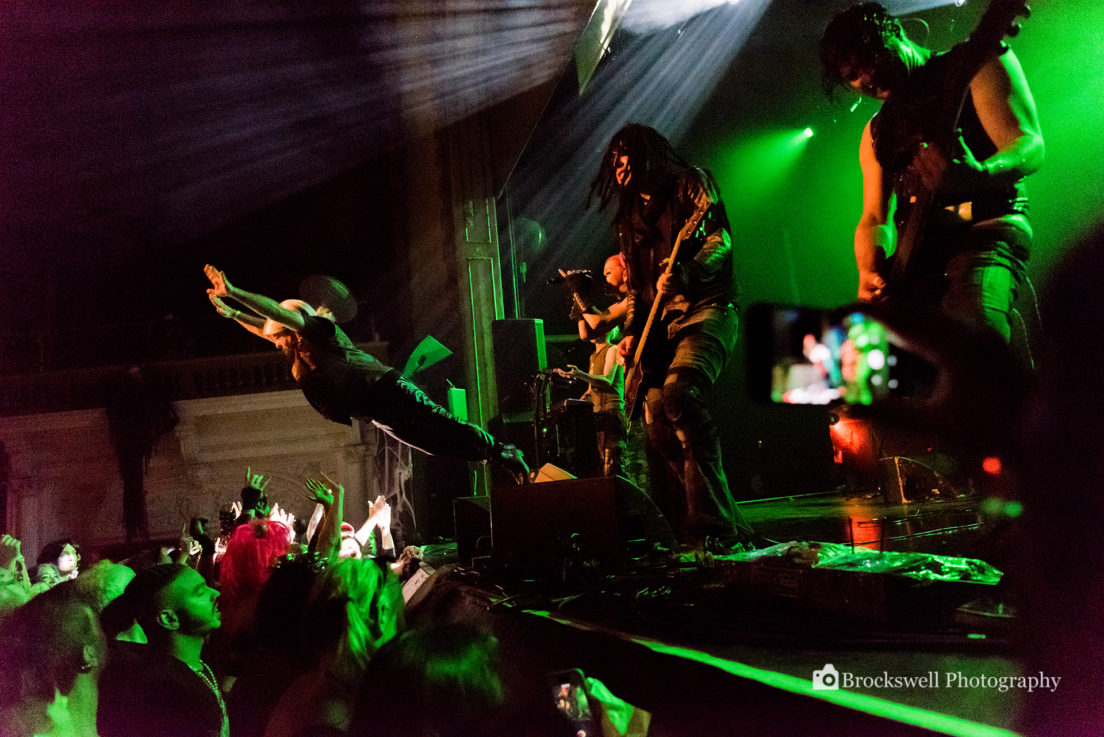 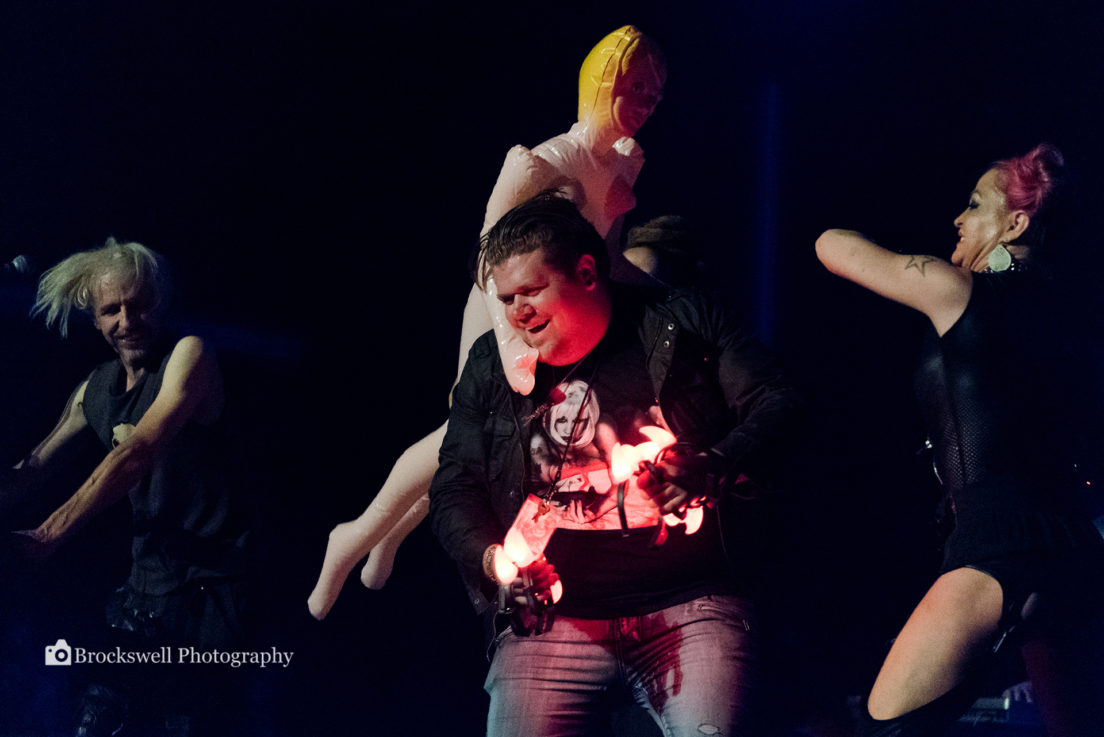 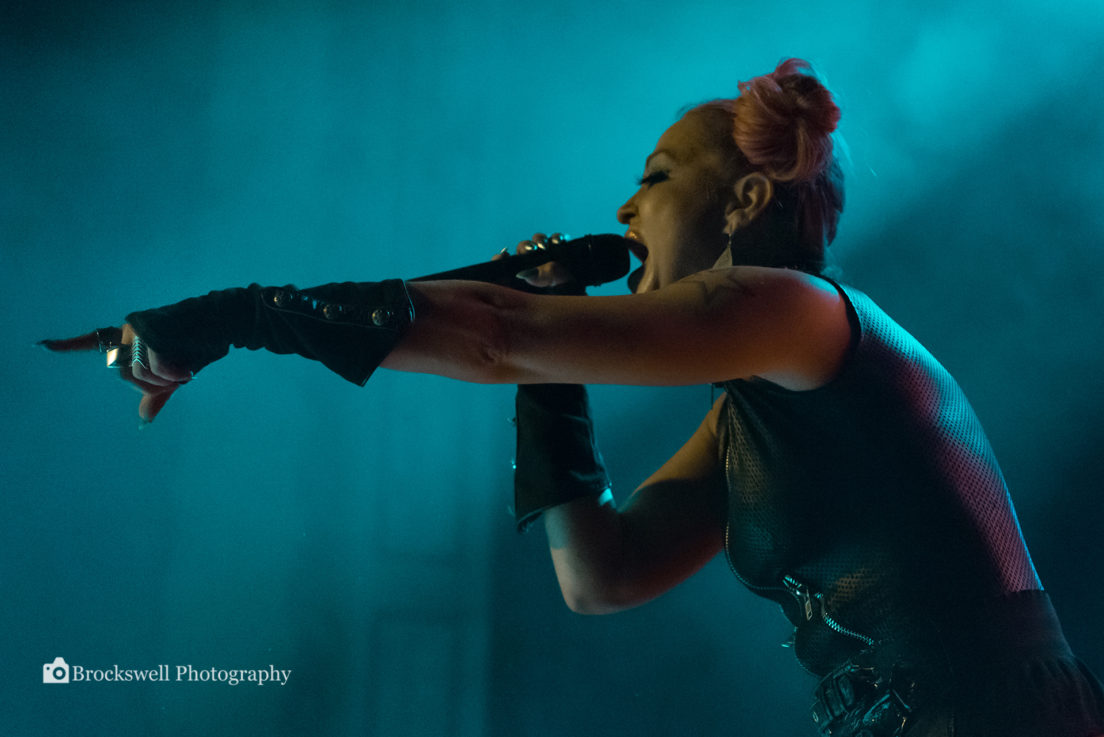 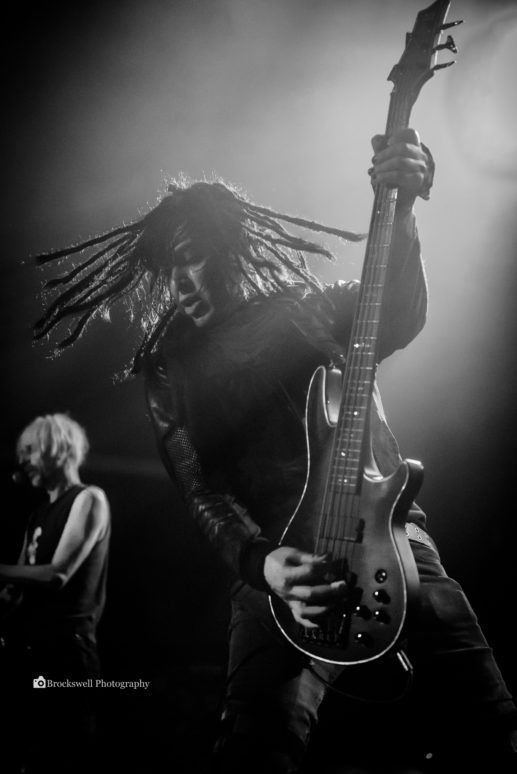 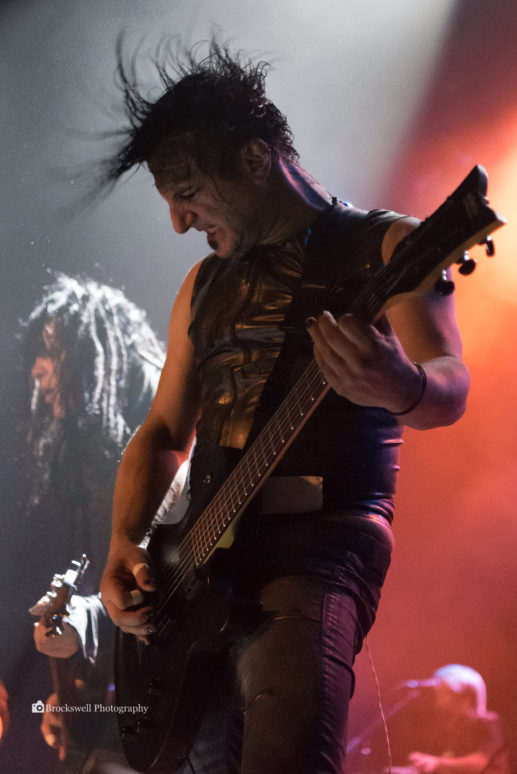 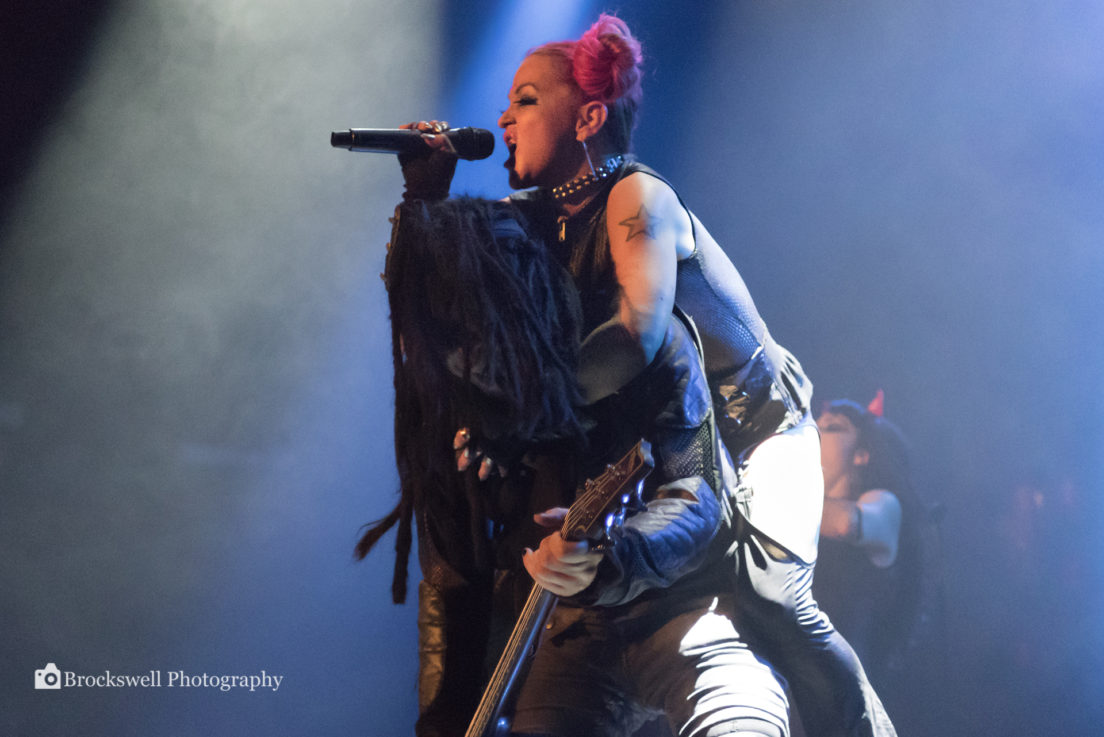 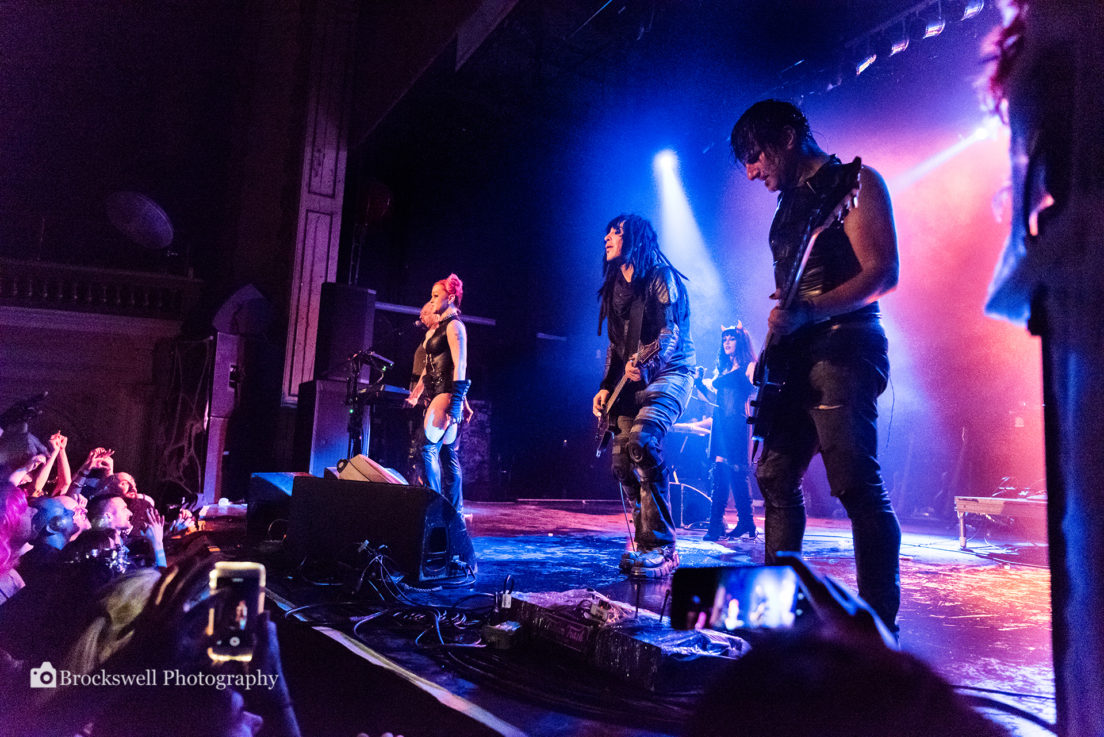 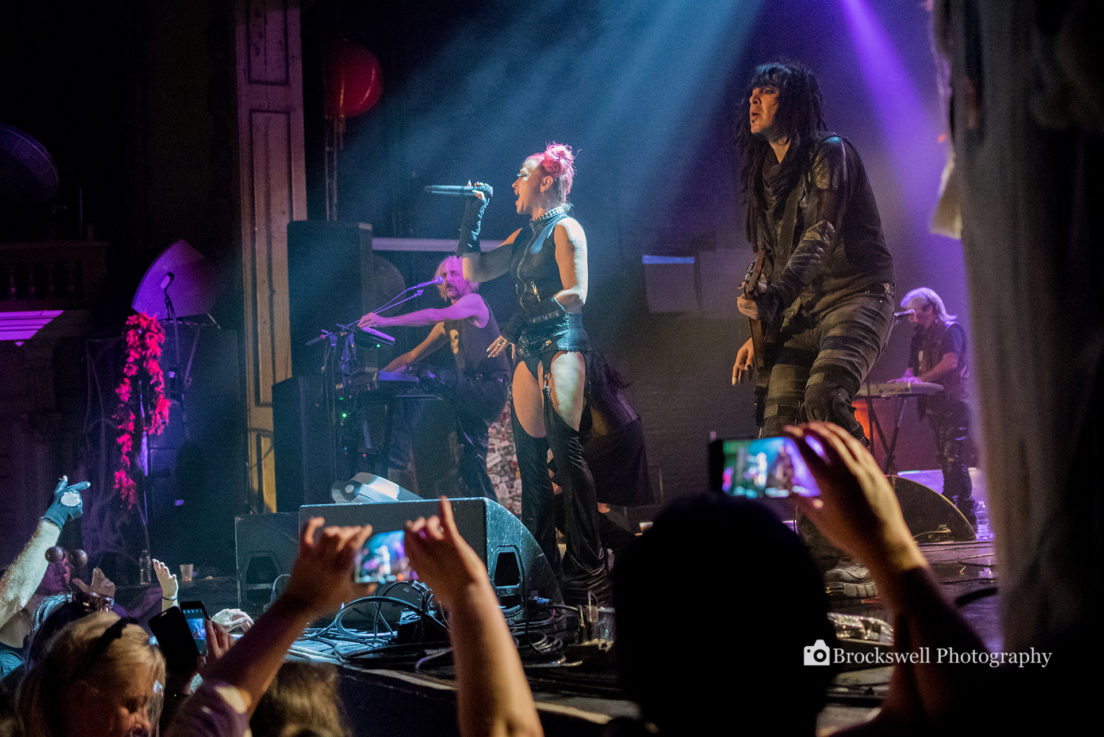 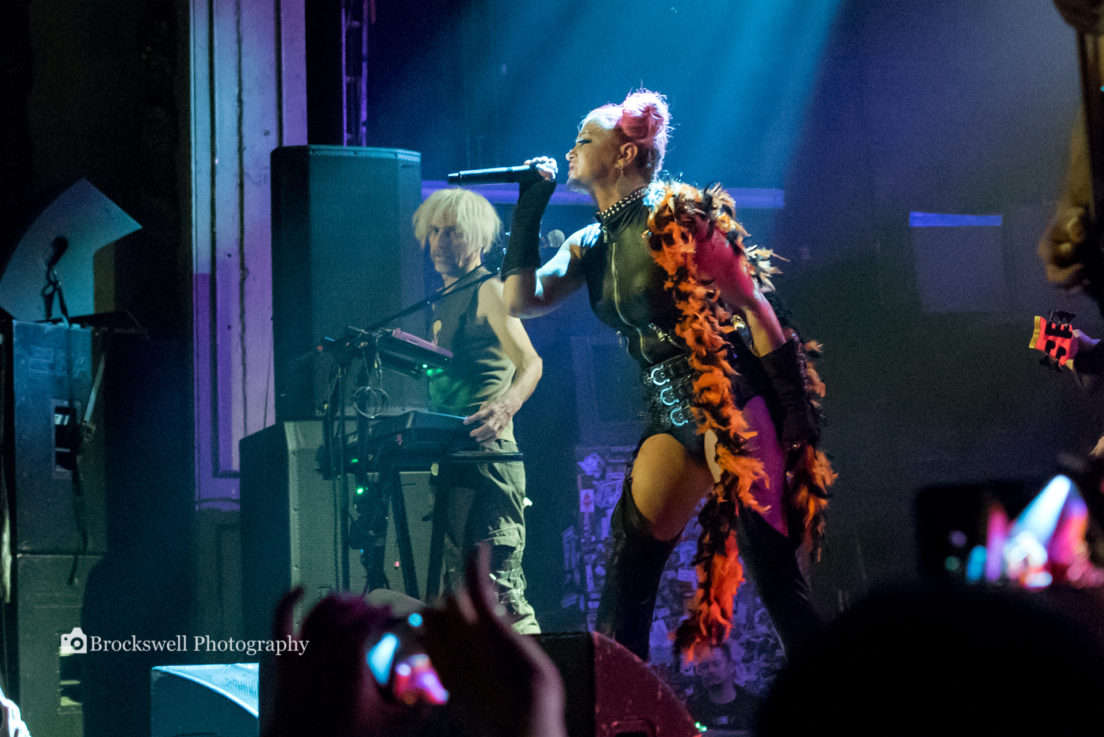 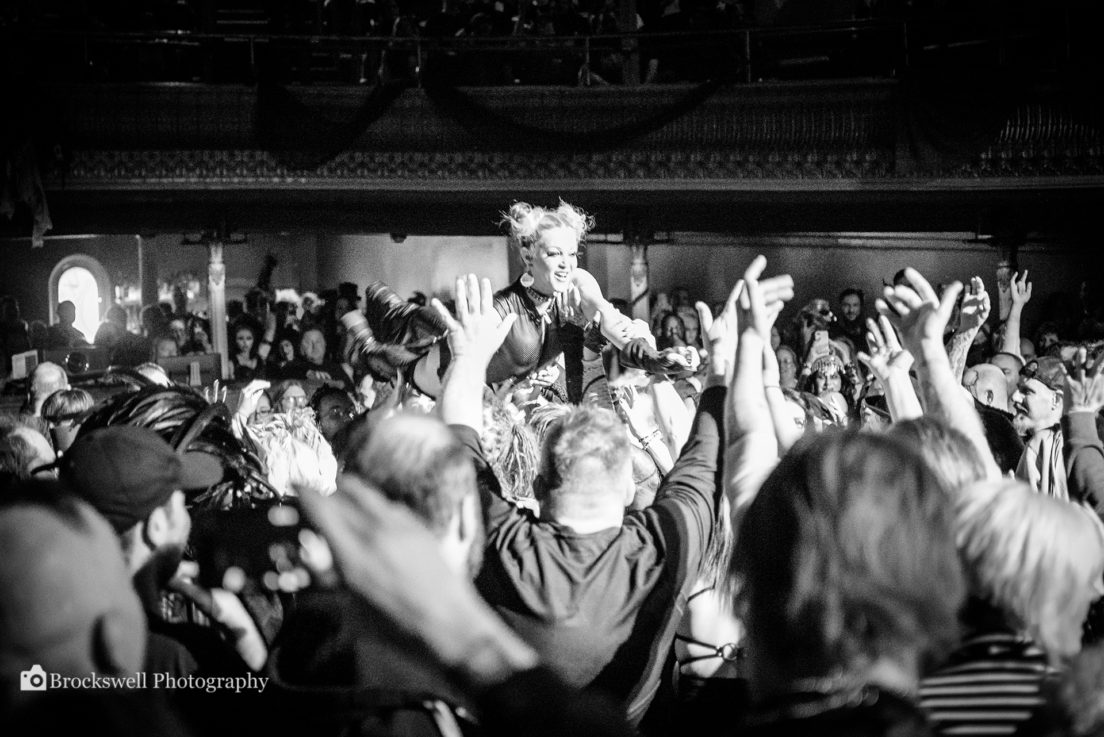 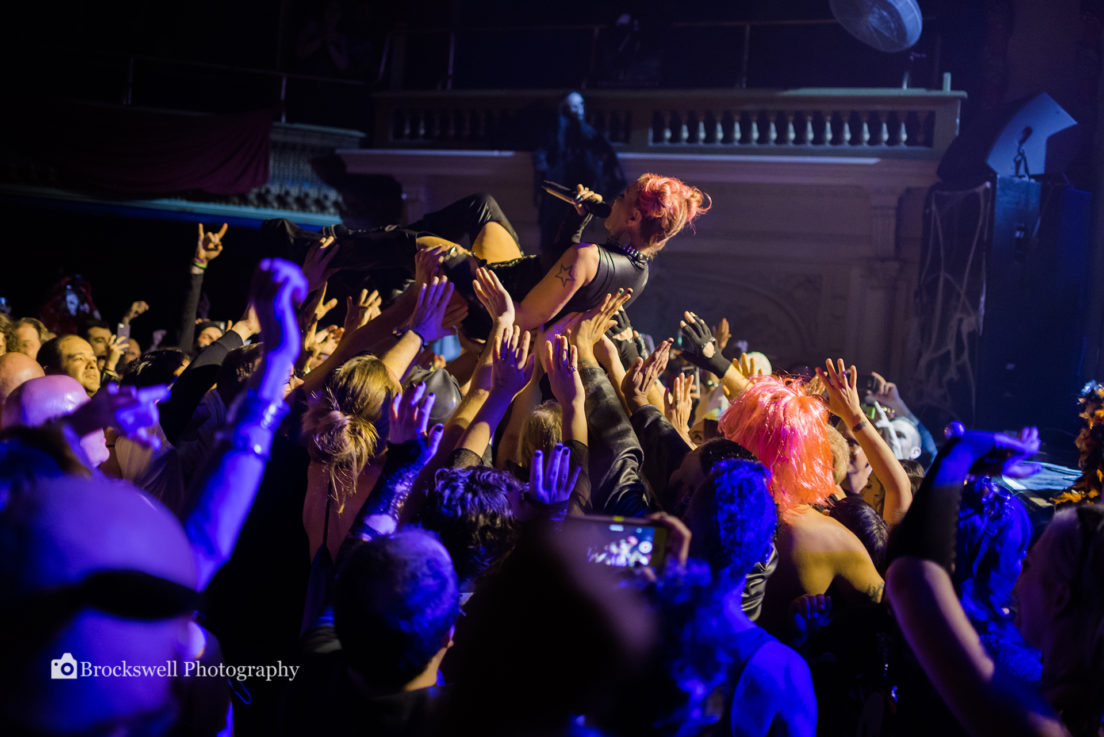 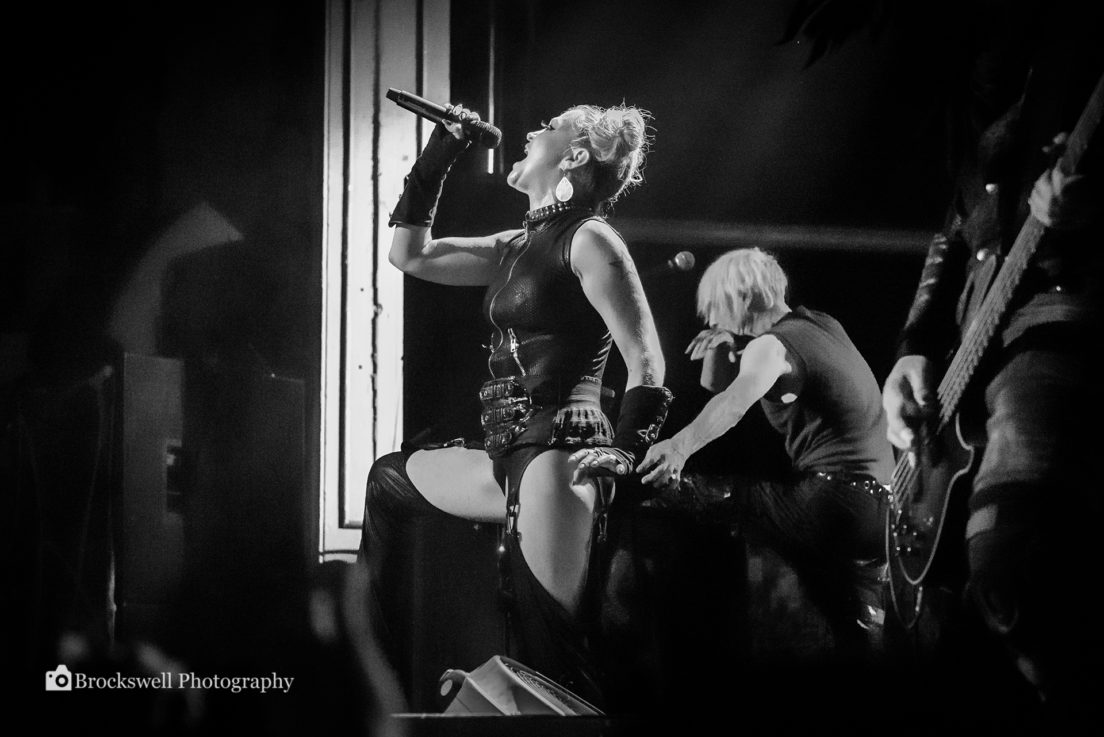 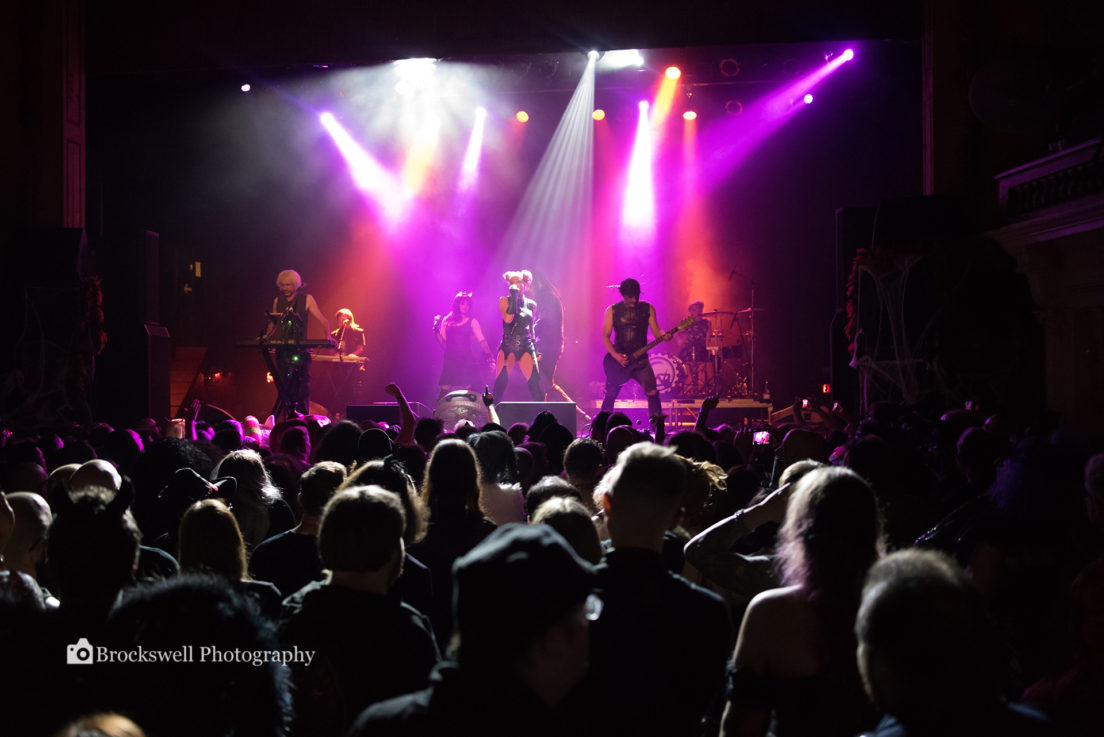 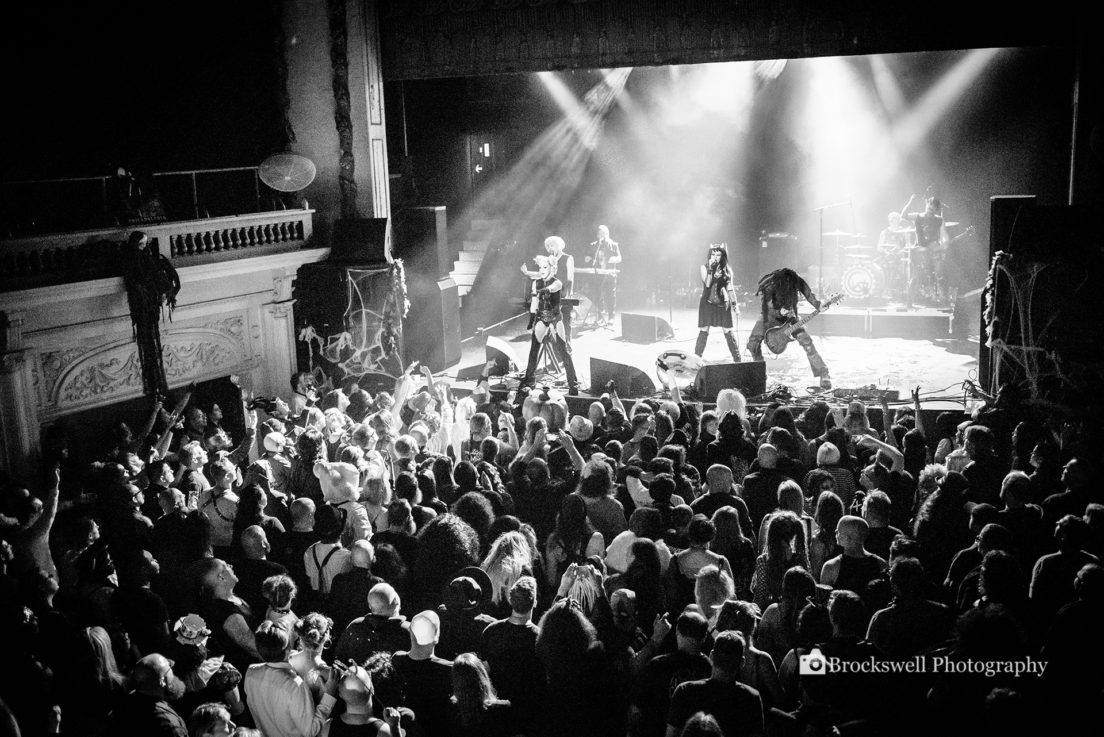 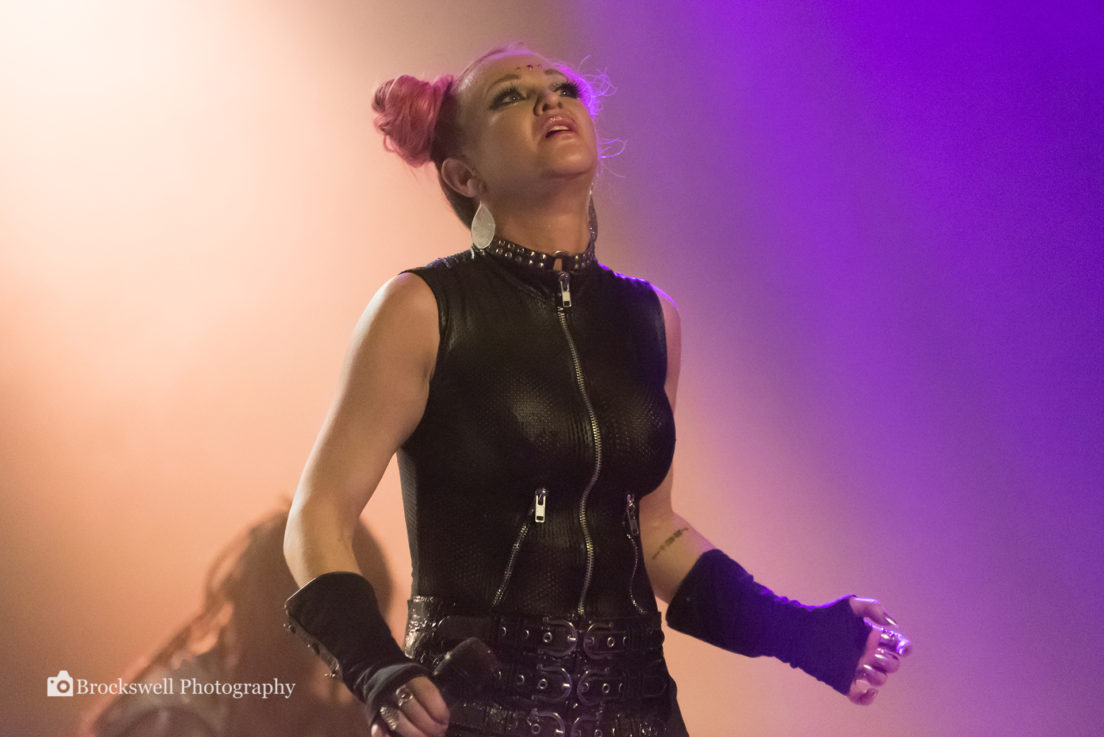 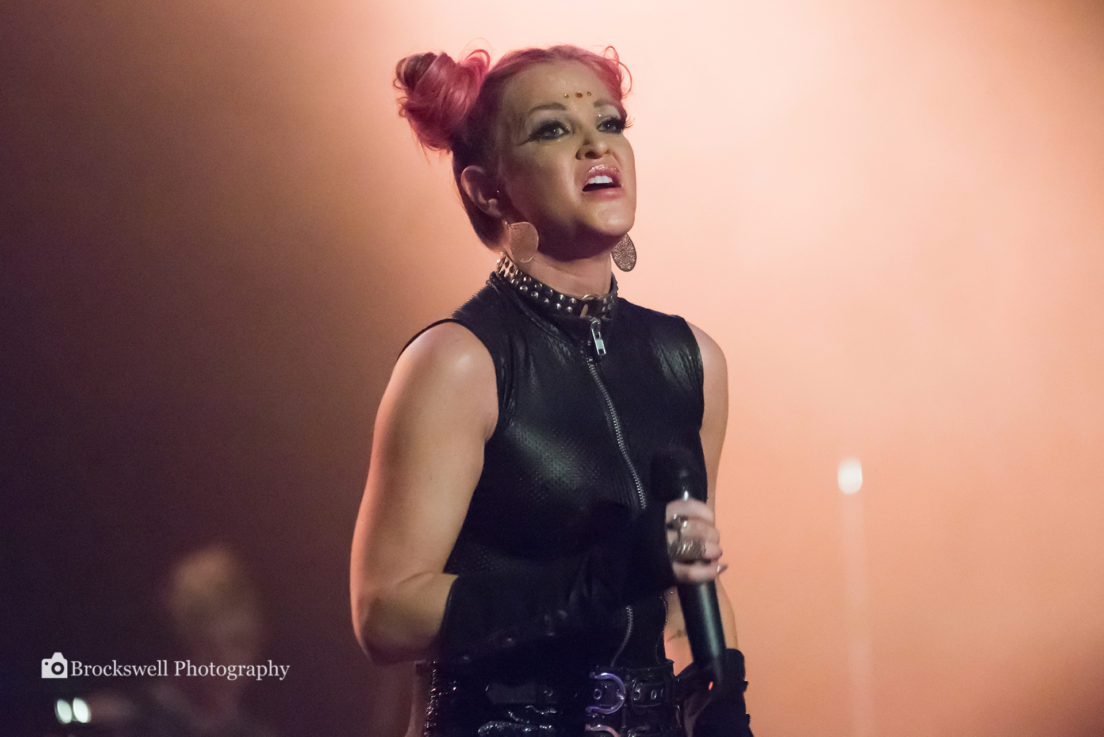 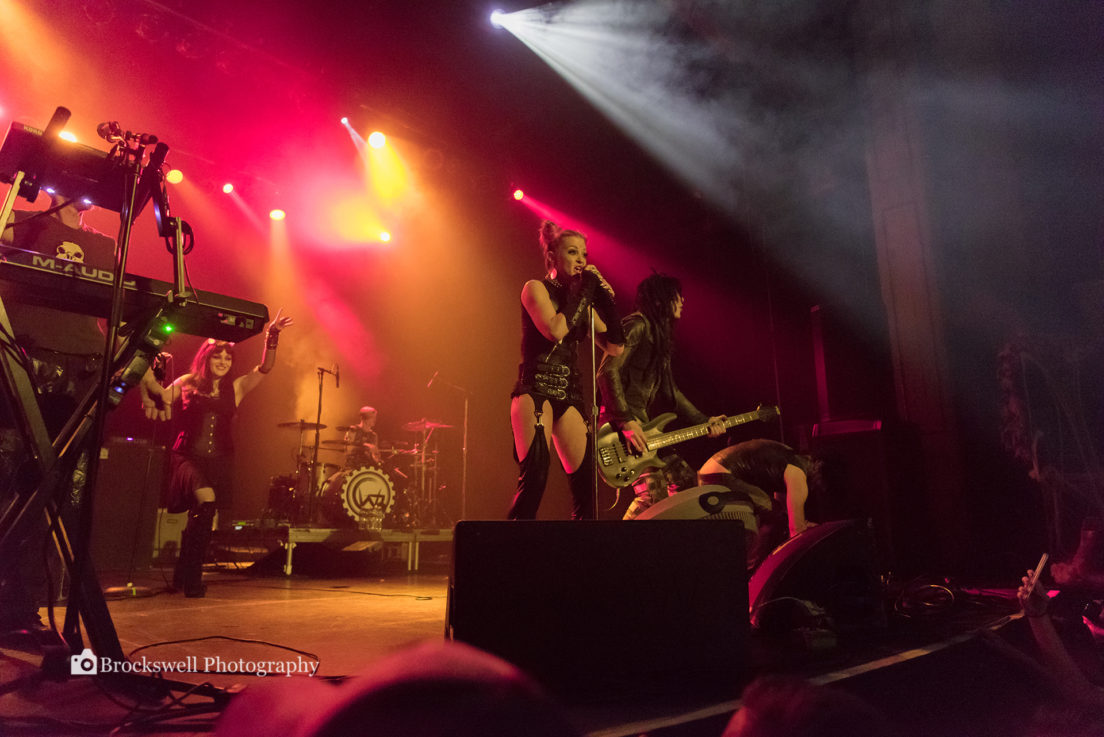 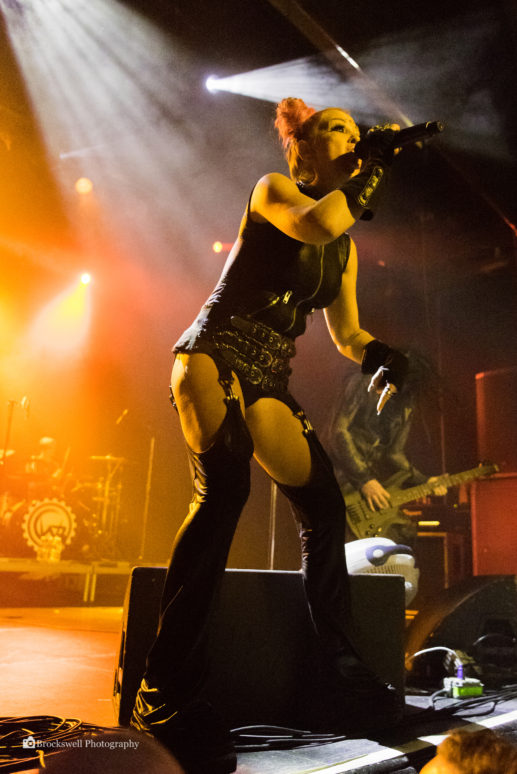 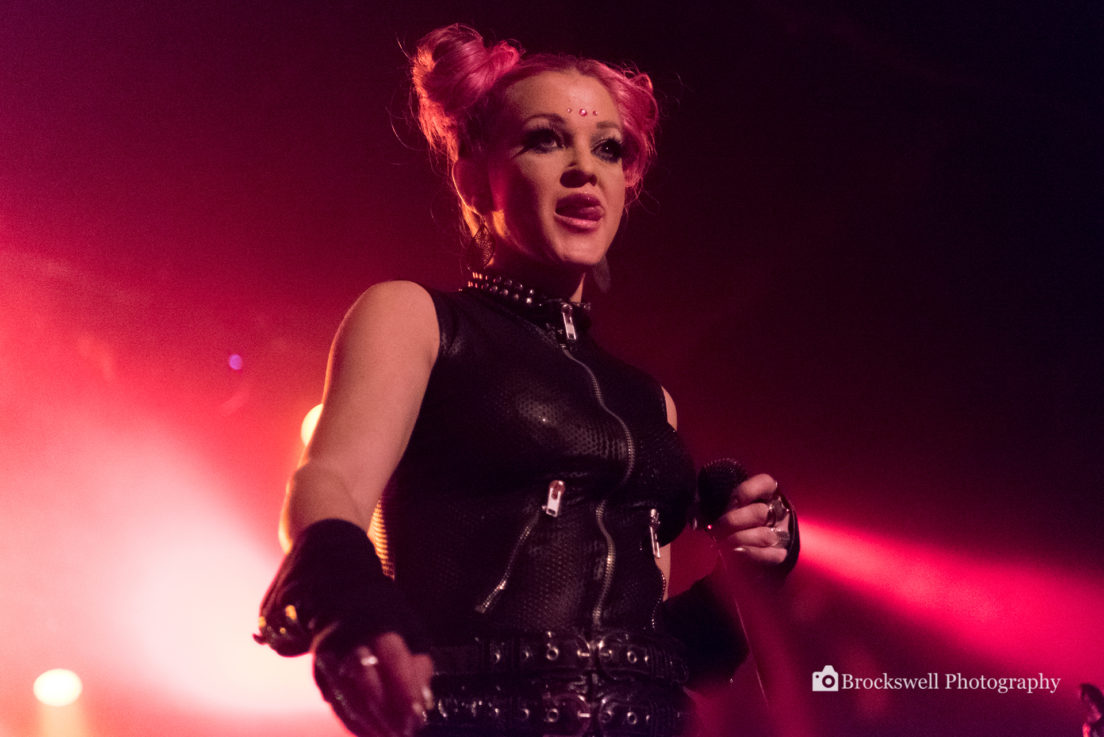 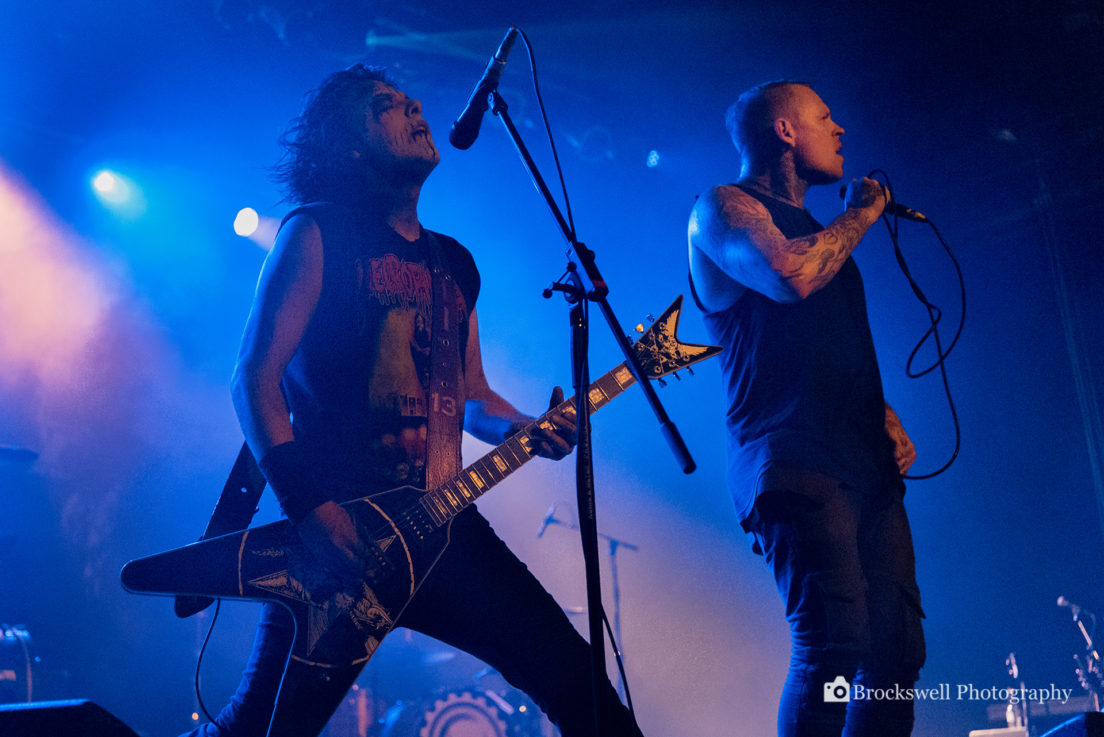