You are here
Home > FEATURED > Shining A Light On: Starter For Ten

Between the thousands of movies released each year reside the forgotten ones, films of quality who may never see the light again. In this column I will attempt to find some of these hidden gems and explain why they deserve their day in the sun.

Before I say anything let me just mention some names: James McAvoy, Benedict Cumberbatch, Dominic Cooper, Alice Eve, Rebecca Hall and James Corden. These are just some of the (now) big name actors that appear in this film recommendation. This little British Comedy is essential for any fans of the above, or if you’re just in the mood for a fun night in. 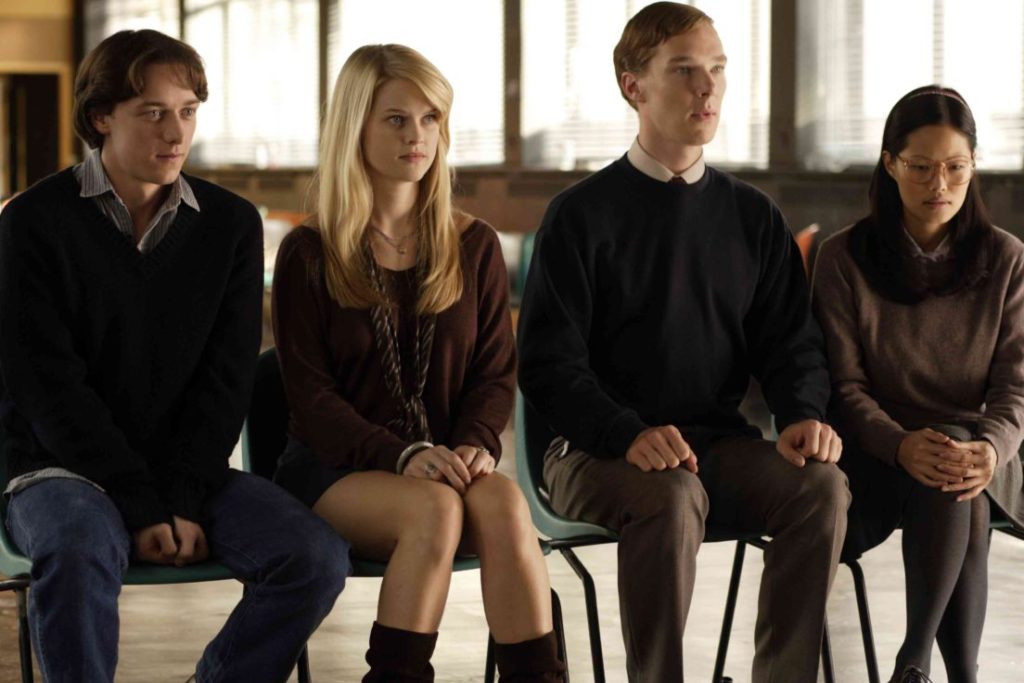 Directed by Tom Vaughn, Starter for Ten takes place in 1985, as University student Brian Jackson (McAvoy) traverses love, politics and game show quizzes in order to find his place in the world.

This is a smart, quippy comedy that drips with all the circumstantial and faux pas driven humor that has come to define films from the UK. In fact that’s where the magic lies. Not in the technical aspects, but in the inherent enchanting naiveté that has accompanied any person who has started on a journey with a seemingly unattainable dream and had reality slam its nasty foot down only to present you with a barrage of obstacles. 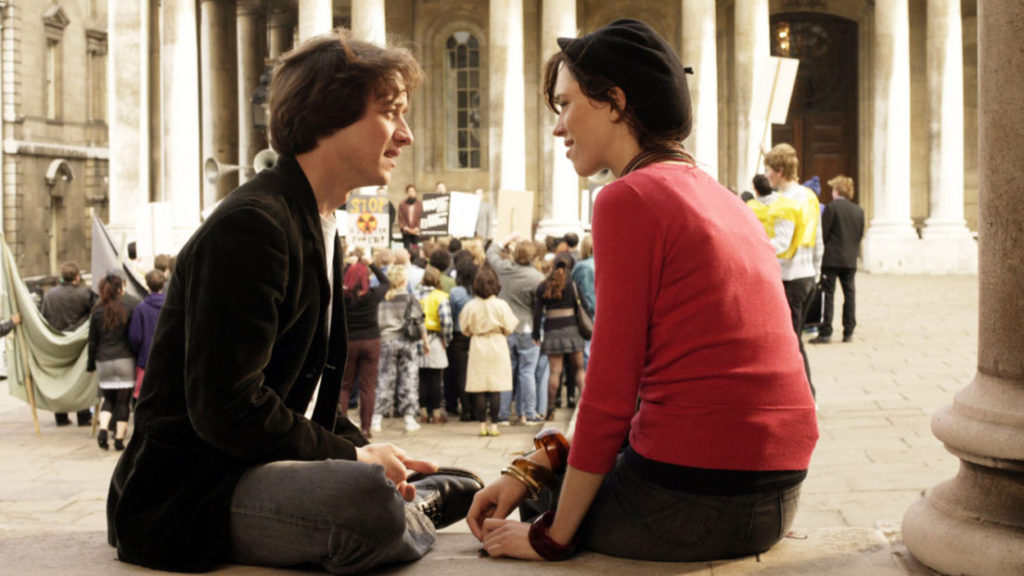 The story is only improved by stellar performances given by its impressive cast. One of McAvoy’s first starring roles, it highlights his comedy chops, allowing you to identify with this optimistic love-struck boy, especially as he begins to grow and develop more into an independent adult as the story goes along.

A special mention also goes out to Cumberbatch as the pseudo-antagonist. He is present only to cause irritation to our main and provide some memorable humorous moments as he abandons all reservation and gives himself over to a character who could be seen to be the definition of ‘pompous.’ 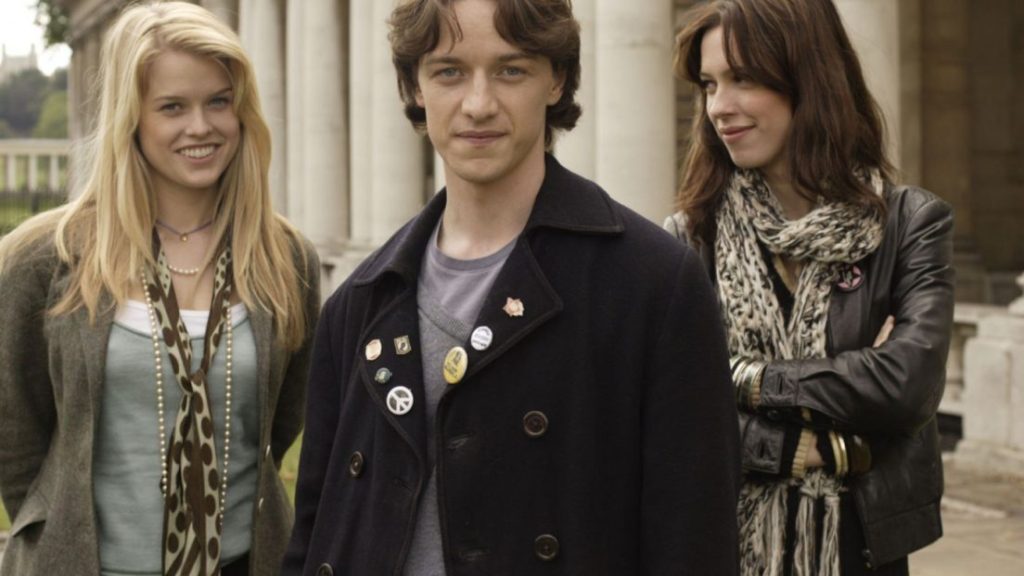 As stated, the rest of the cast does a great job as well, strengthening what could have been an average romantic comedy. It’s a true ensemble piece, where each player works off the other in order to tell Brian’s story with as much enthusiasm and candor as possible.

In addition, there is also a charm that will leave you smiling long after the credits have rolled, where you glean these characters to be people you’ve met rather than actors you’ve seen. It shakes all pretense of being a feature film, and instead tells a story of spectacular triumph and even more fantastic failure in a way that can touch the forgotten memories of even the most accomplished viewer. It’s a blast from the past taking place in a literal period film, illustrating how timeless these sorts of situations of mix-up and excruciating embarrassment are. These small moments of sympathetic emotion are scattered throughout the entire runtime allowing the audience to experience moments of nostalgia and novel enjoyment at the same time. 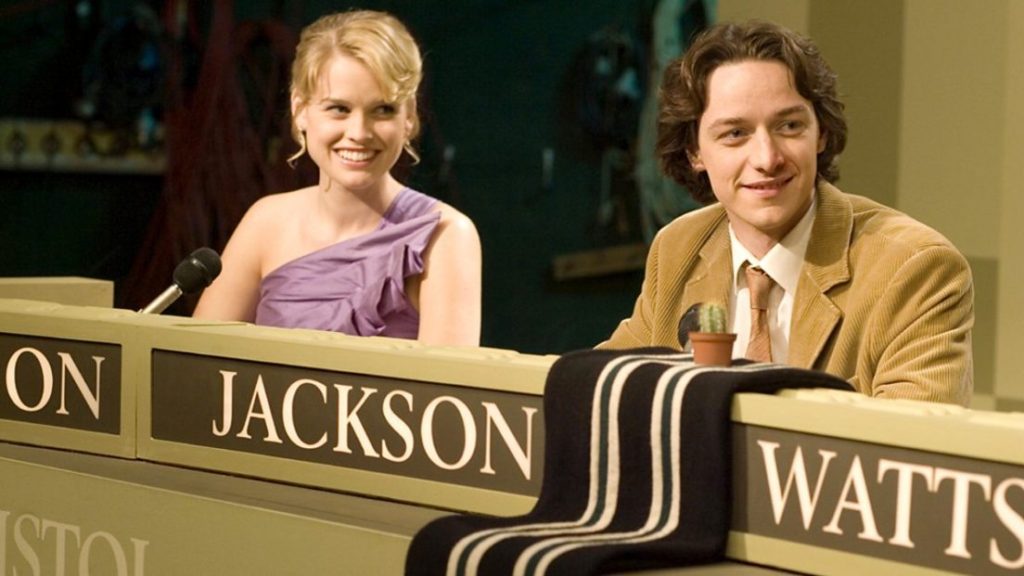 This, however, could be a turn off for some people. The sort of humor that stems from intense mortification may be too much to handle, especially if it ends up hitting too close to home. While some may find comedy in the hindsight to their past discretions, others may consider them to be painful memories that deserve to be buried in a deep pit. If you are one of these people I’d suggest to steer clear from this, as there are many scenarios that could end up causing stress rather than delight, going against the film’s ultimate goal.

Overall, Starter for Ten is a raunchy, cringe-worthy, at times outrageous British comedy, with a capital B. If you’re the sort of person that’s into other similar titles such as Death at a Funeral or anything by Richard Curtis then this will be right up your alley. Full of jokes, quips, and scenario centric humor, this is a comedy that has been lost due to its poor timing. A great comedy, a fantastic cast, and a fun plot, it’s a great trip down memory lane in more ways than one.