NYC – Within the walls of the east village’s Irving Plaza, a pantheon of wicked demigods including Doyle, Ghoul, and the legendary GWAR prepared to take the stage and unleash a night of blood, horror, debauchery – and most of all, the sound of metal to a sold out house on this Halloween night.

Opening the show with the intensity of a headliner, and never needing an introduction to anyone with a love of horror and metal, was Doyle. A band, as well as a living Frankenstein monster of a man, in stature, presence, and guitar skills, Doyle delivered their (and his) doctrine of sonic brutality and explosive stage presence that any following acts would have a hell of a time keeping up with. Fronted by full-time wild animal, Alex “The Wolfman” Story on voclas and legendary Misfit, Doyle Wolfgang Von Frankenstein on guitar – possibly one of the loudest and heaviest in the genre, the diabolical quartet blasted out skull-crushing numbers like “Valley of the Shadows,” once more proving themselves as the perfect opener to such an epic blood-soaked line-up. Currently embarked on the “Blood of the Gods” tour as Doyle supports their latest release, Doyle II: As We Die (Monsterman, 2017).

Adding to this epic night of horror were the hooded exhum-inators of the classic thrash sound, Ghoul, creeping straight from Oakland, Ca. With a theatrical set somewhat reminiscent of GWAR from a bygone era, Ghoul pulls off an impressive stage show; complete with a cast of superbly costumed stage characters, a narrative, and best of all, projectile blood spatter – albeit significantly smaller in volume and pressure than pioneering headliner GWAR! With names like Cremator, Dissector, Fermentor, and Digestor, Ghoul has been slaying since 2002 under the cover of bloody sacks to their own brand of revivalist neo-thrash, with song themes inspired by psychotic robots, Baron Semedi, Walls of Death, and a collection of awesome explosion-related matters that metalheads hold in high regard. Ghoul is currently supporting their latest release, Dungeon Bastards (2016, Tankcrimes).

Possibly the only act on Earth that can complete this epic bill on Halloween night, GWAR took the stage that appeared rather claustrophobic before their massive war-frames and larger than life stage props. One by one, they entered under the cover of darkness as a recording of Black Sabbath’s “War Pigs” fittingly played. After summarily (and traditionally) liberating the opening assailants/victims of their heads, the furious and ecstatic mob below were generously granted their first taste of GWAR’s famous arterial spray-down for the night as the band exploded into one of their latest tracks, “War on GWAR.”

As the blood, gore, face removals, and collection of colorfully artistic unspeakable acts progressed over the soundtrack of GWAR’s familiar metal catalog of poetically offensive anthems, the fury of a raging blood-drenched maelstrom below rapidly multiplied in synchronicity with the band’s on-stage body count. Taking this opportunity to break out some new material from their brand-new release, The Blood of the Gods (2017, Metal Blade) in addition to obligatory classics featuring a few old faces from the band’s past mythos, GWAR introduced a rather topical number titled “El Presidente” where certain tweet-happy heads of state were the obvious choice for dismemberment, confirming that Kathy Griffin’s got nothing compared to them.

Declaring victory upon Irving Plaza with a joyful dedication to the state of things today, GWAR played a new track titled “Fuck this Place,” and later an encore performance of AC/DC’s “If You Want Blood” (a rock classic that sounds as if it were specifically written for a GWAR of the future). They also introduced a rare emotional track titled “Phantom Limb,” which appears to serve as a heartfelt dedication to the outfit’s late founding vocalist, Dave Brockie, written in a style reminiscent of their earlier more “gentle” days in the 1990’s.

If YOU want blood, be sure to catch the “Blood of the God’s tour featuring Doyle, Ghoul, and GWAR in a city near you, and leave your best jacket at home! 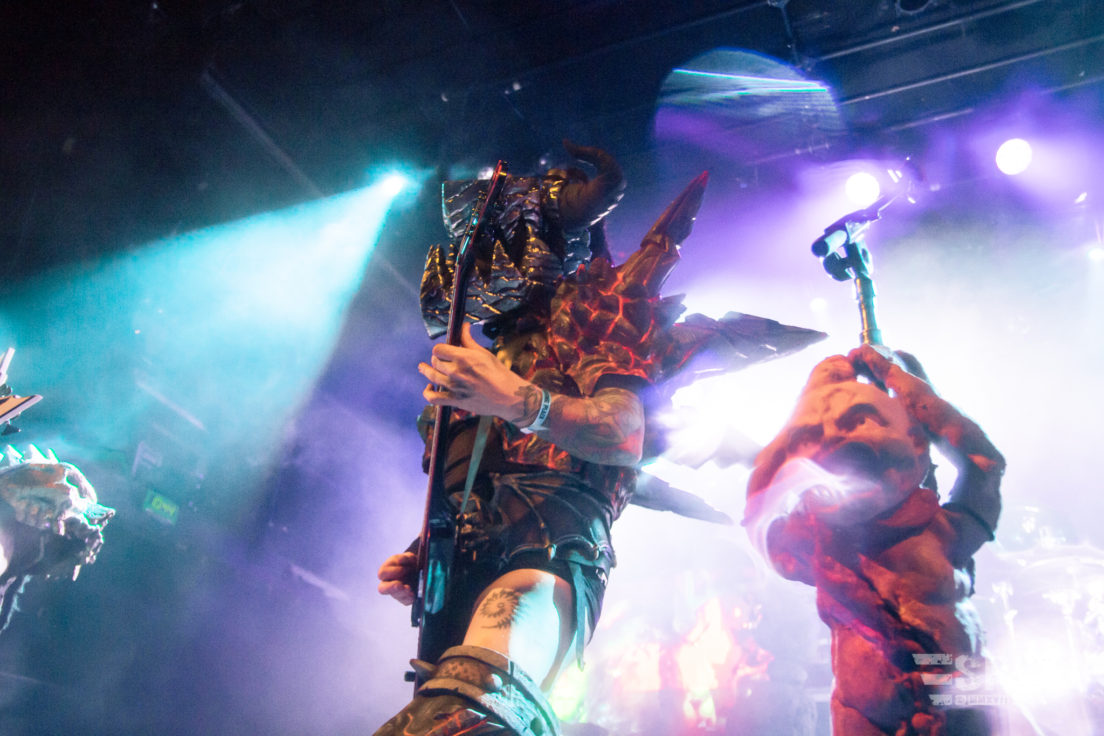 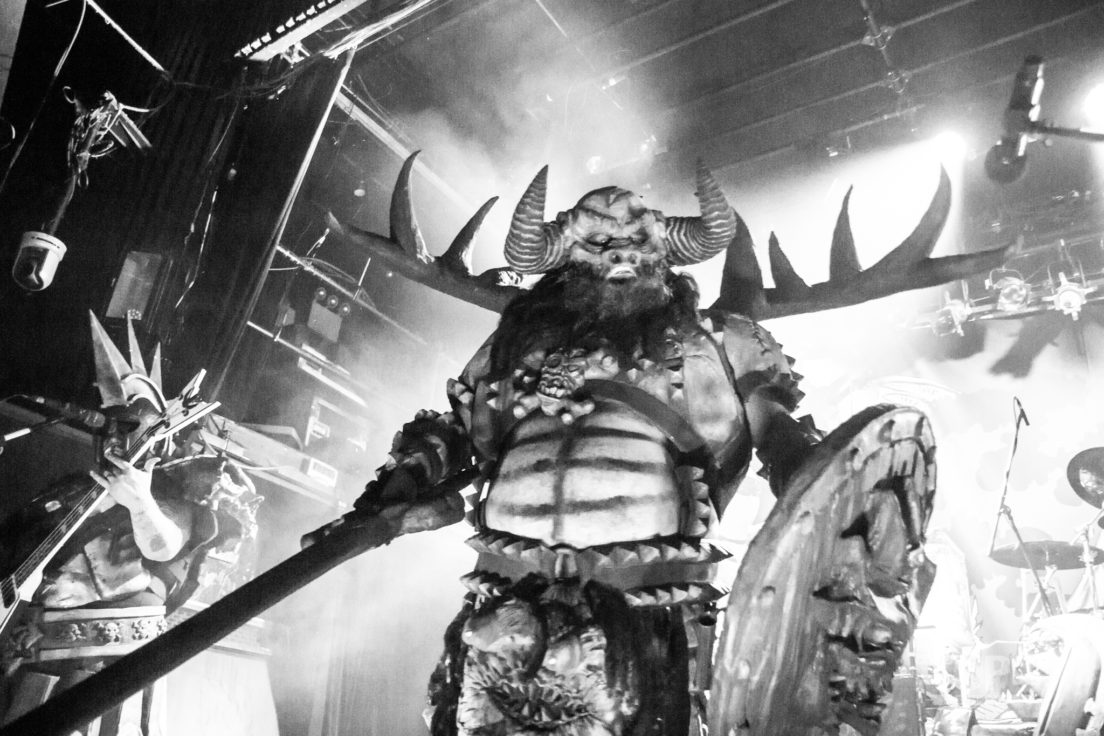 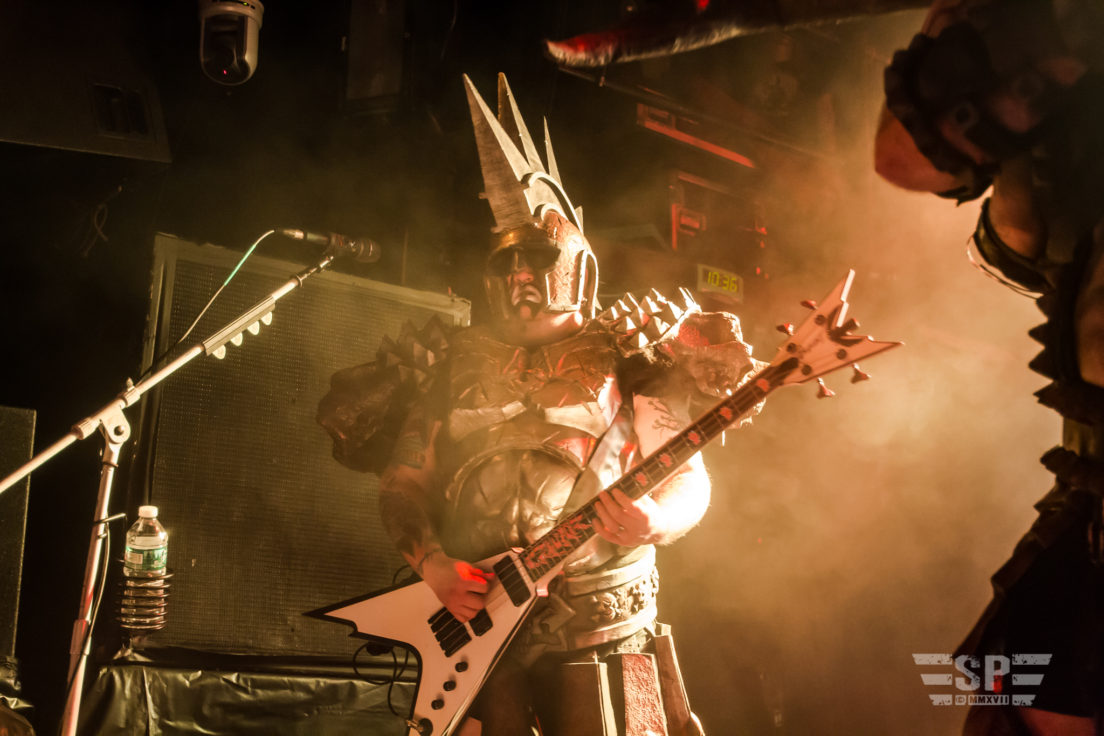 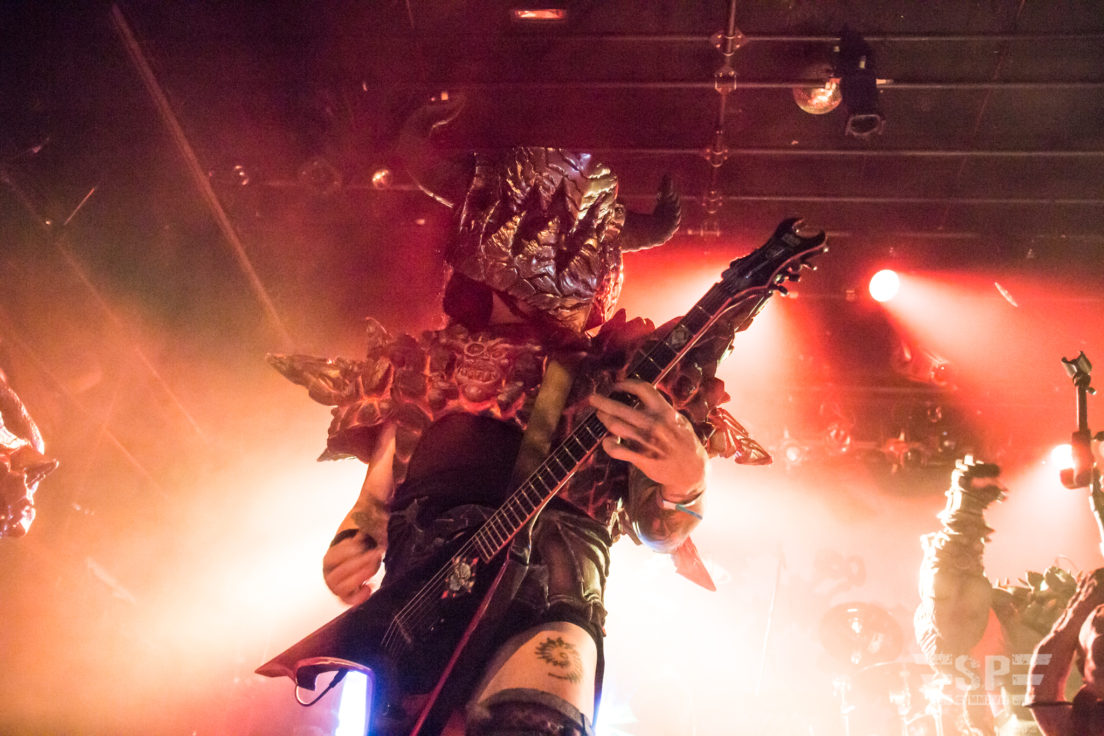 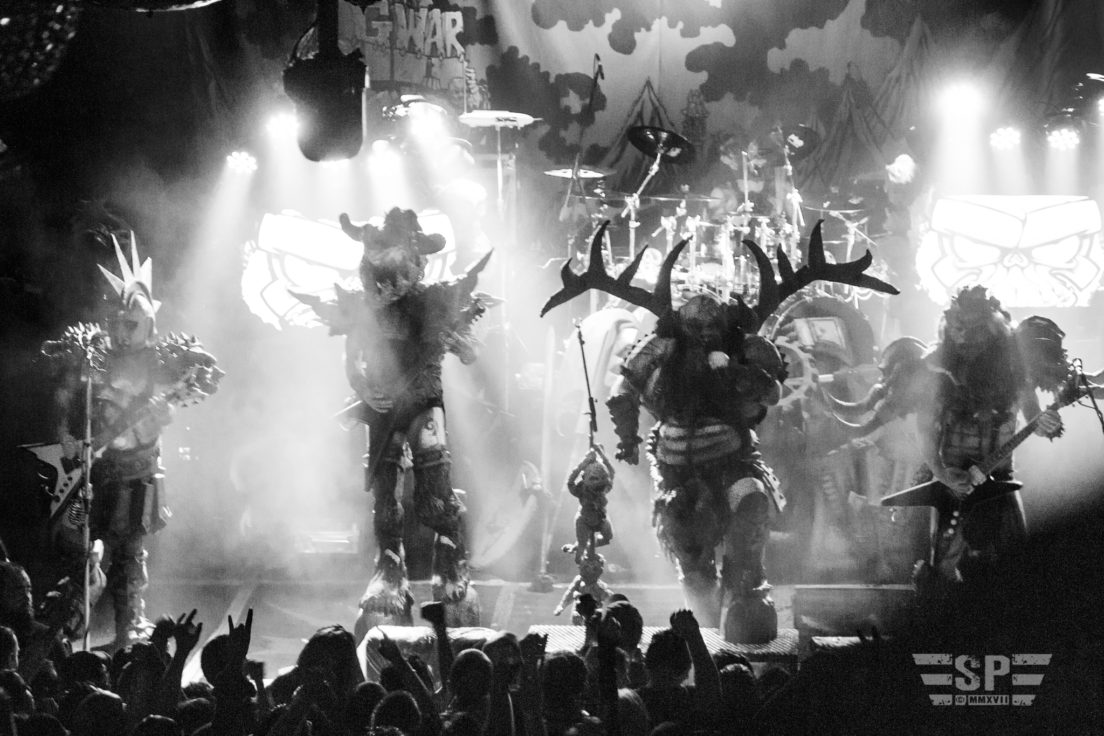 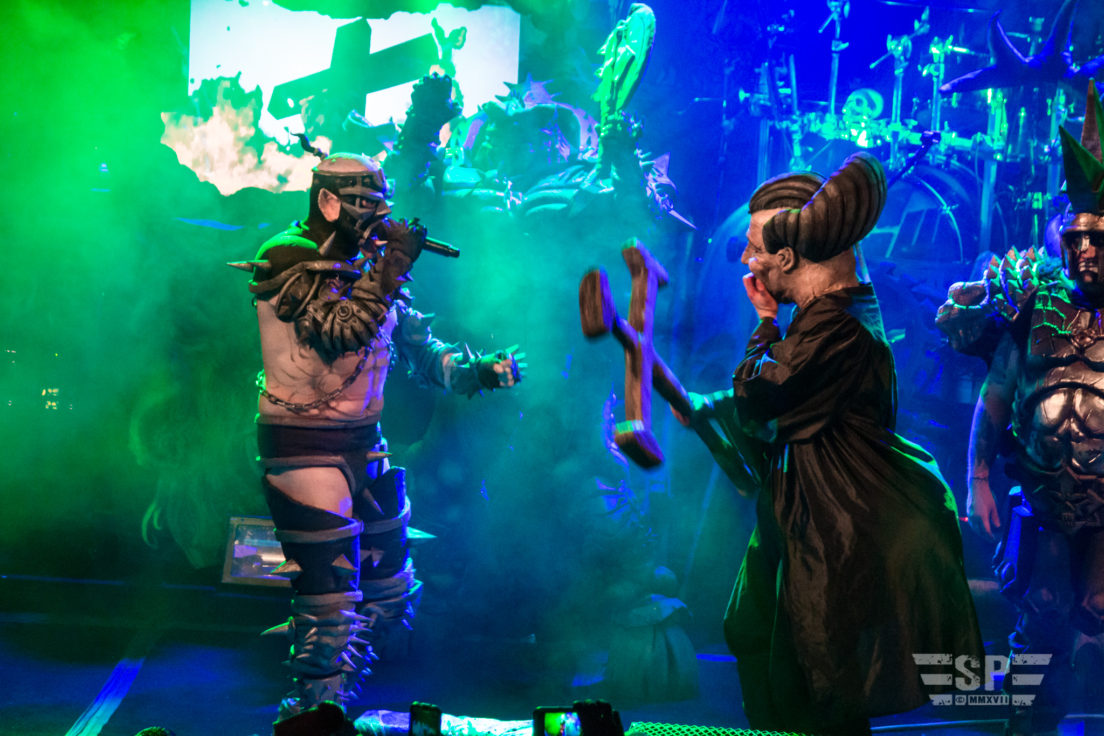 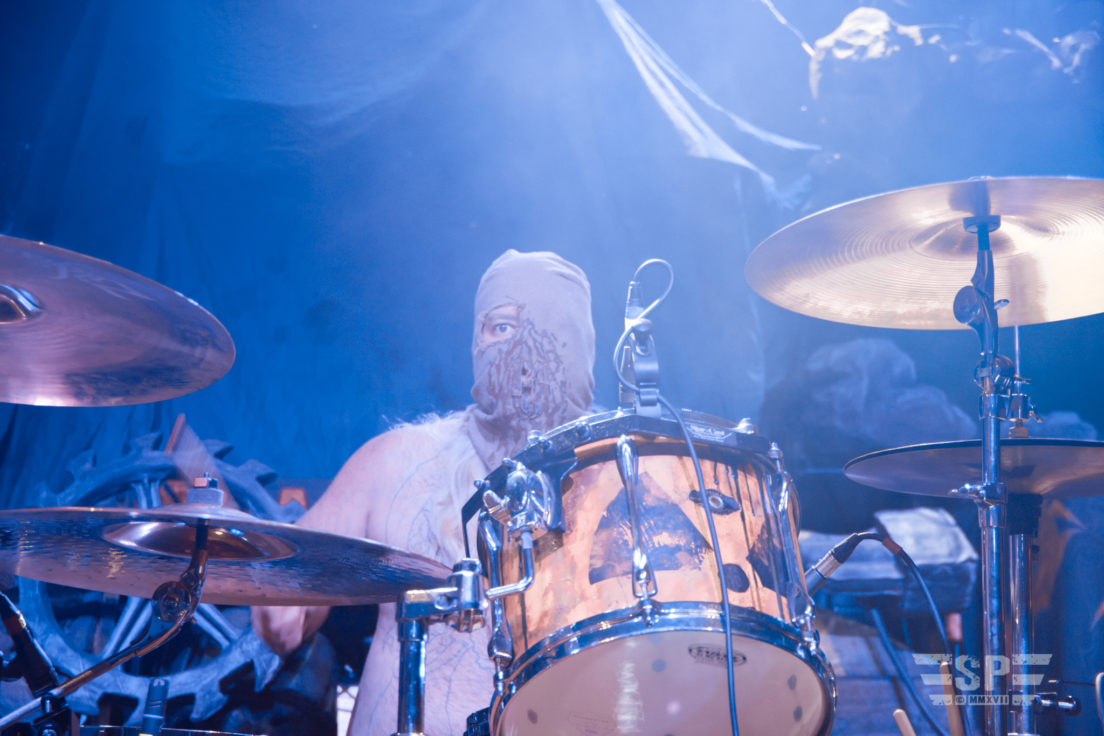 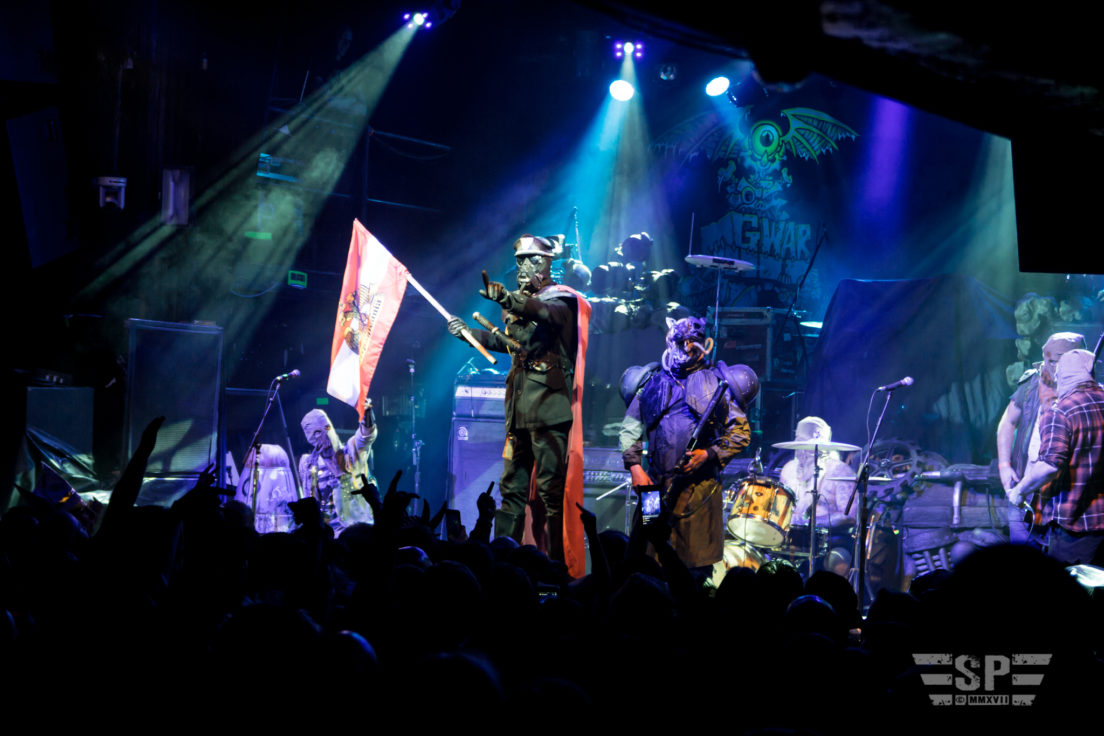 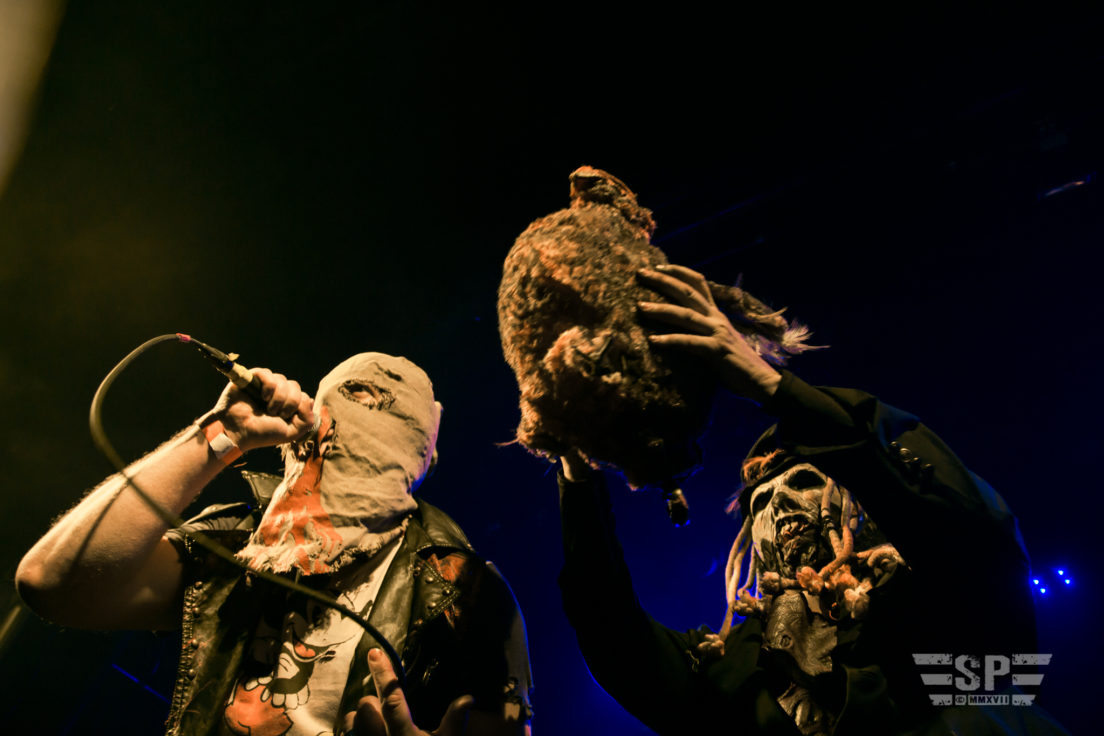 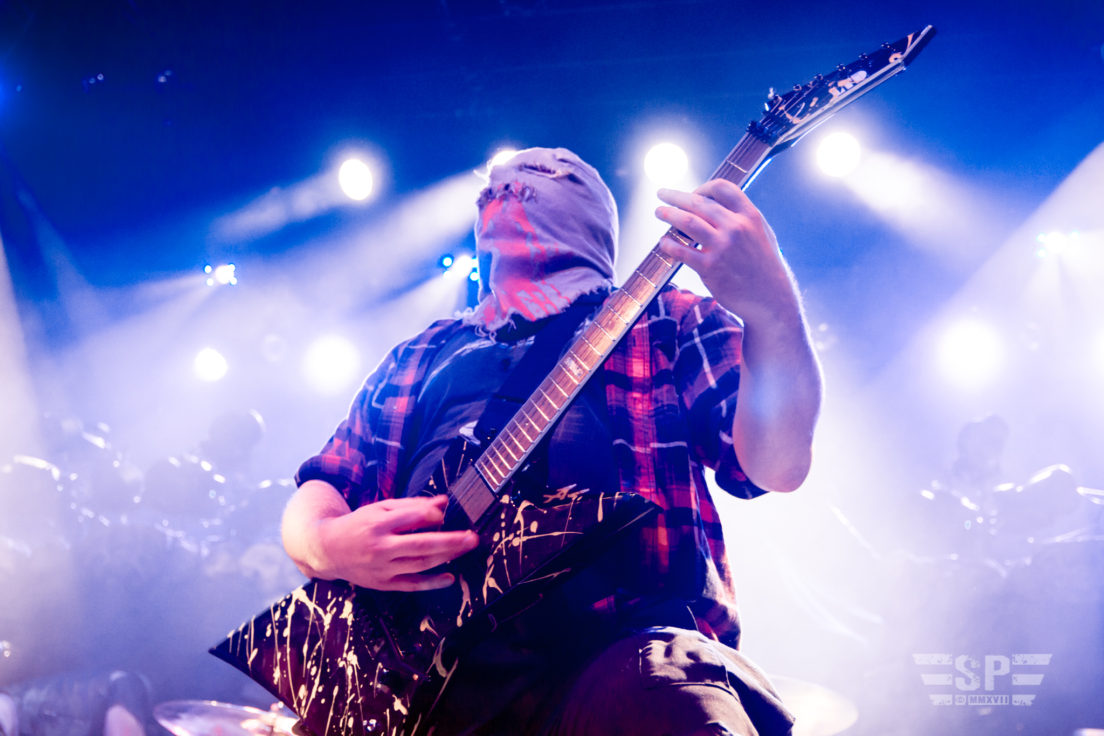 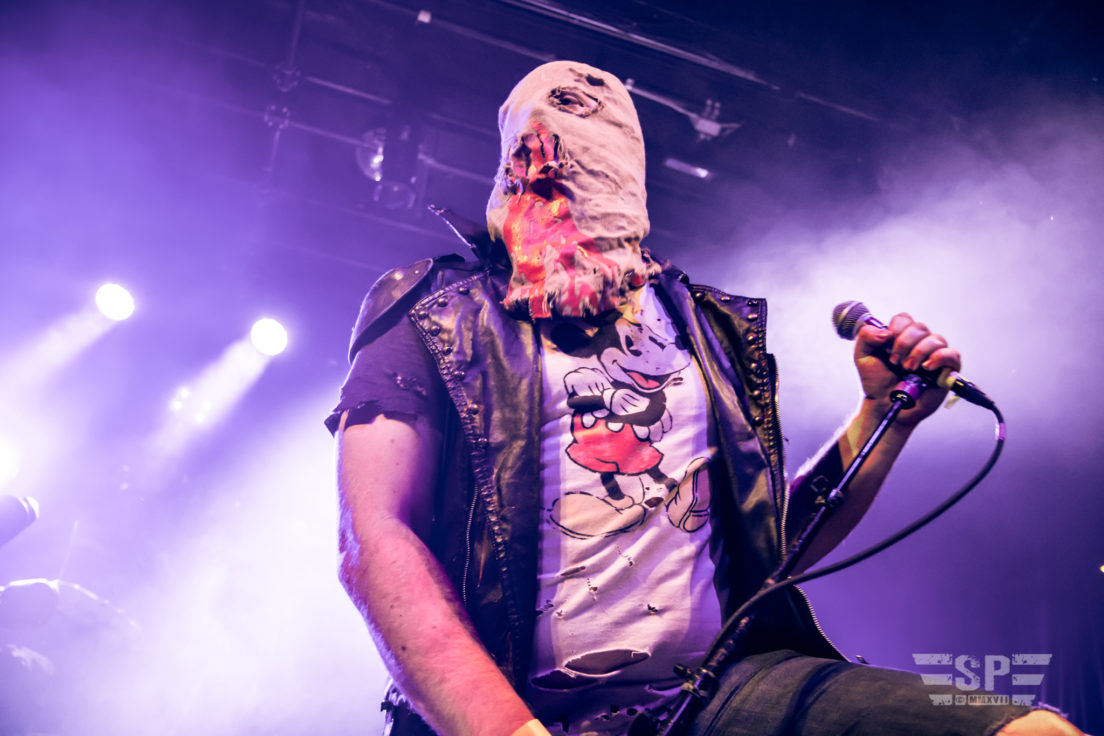 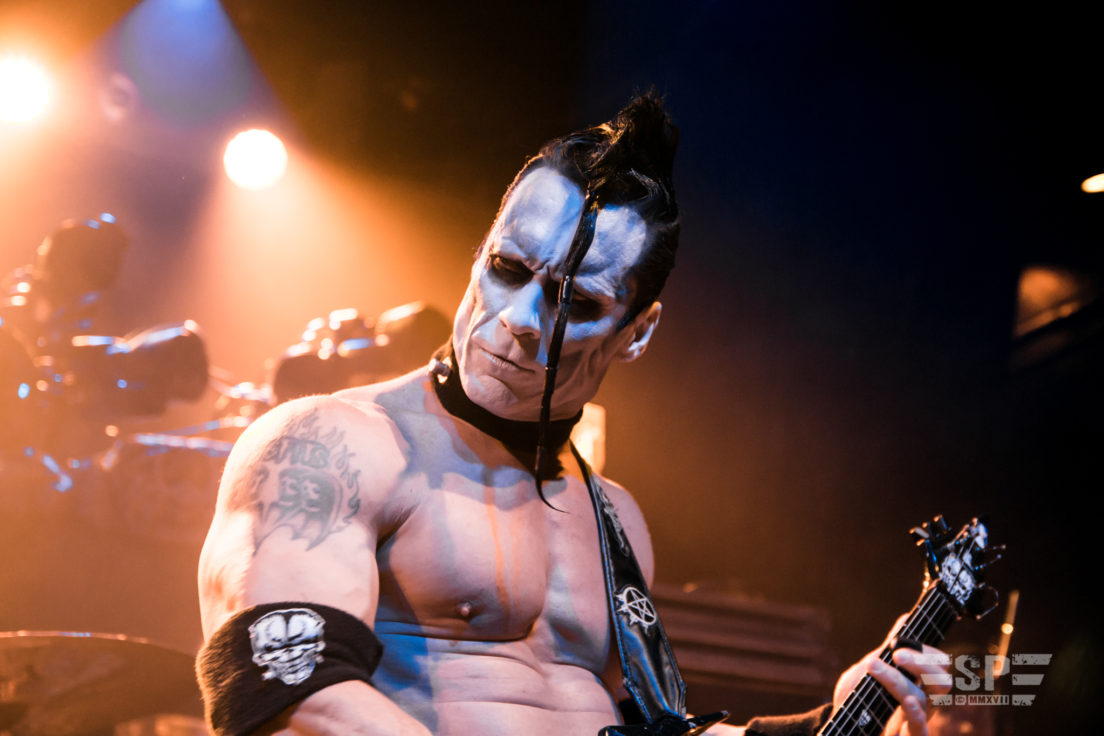 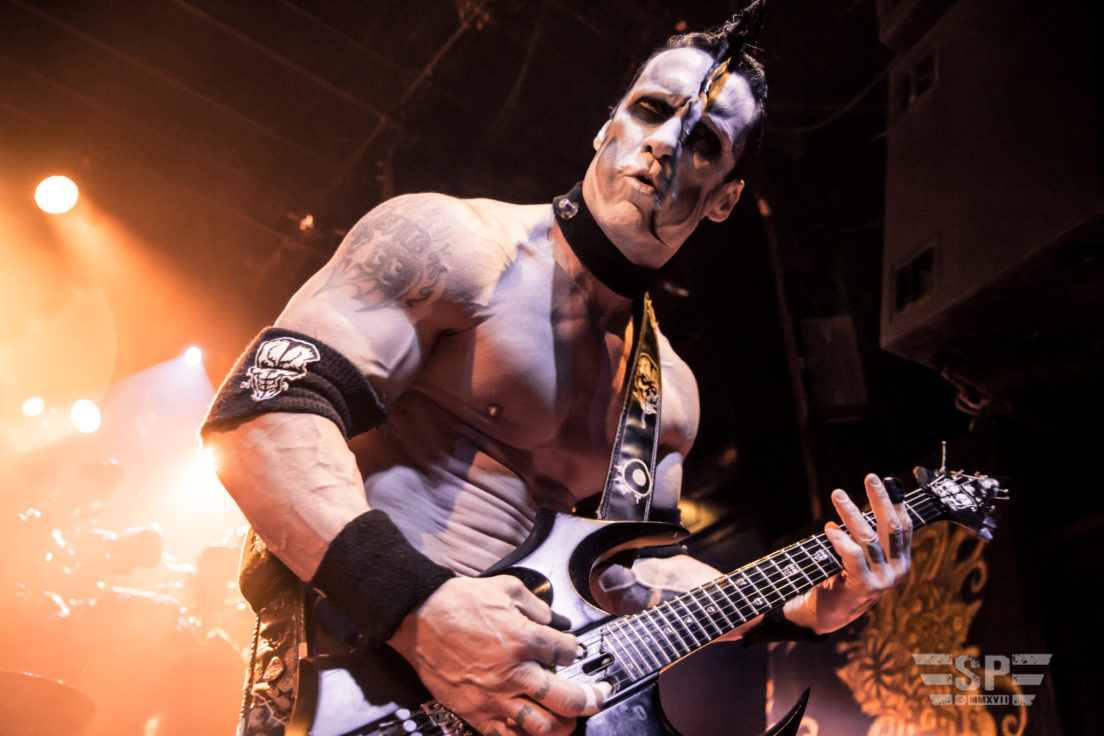 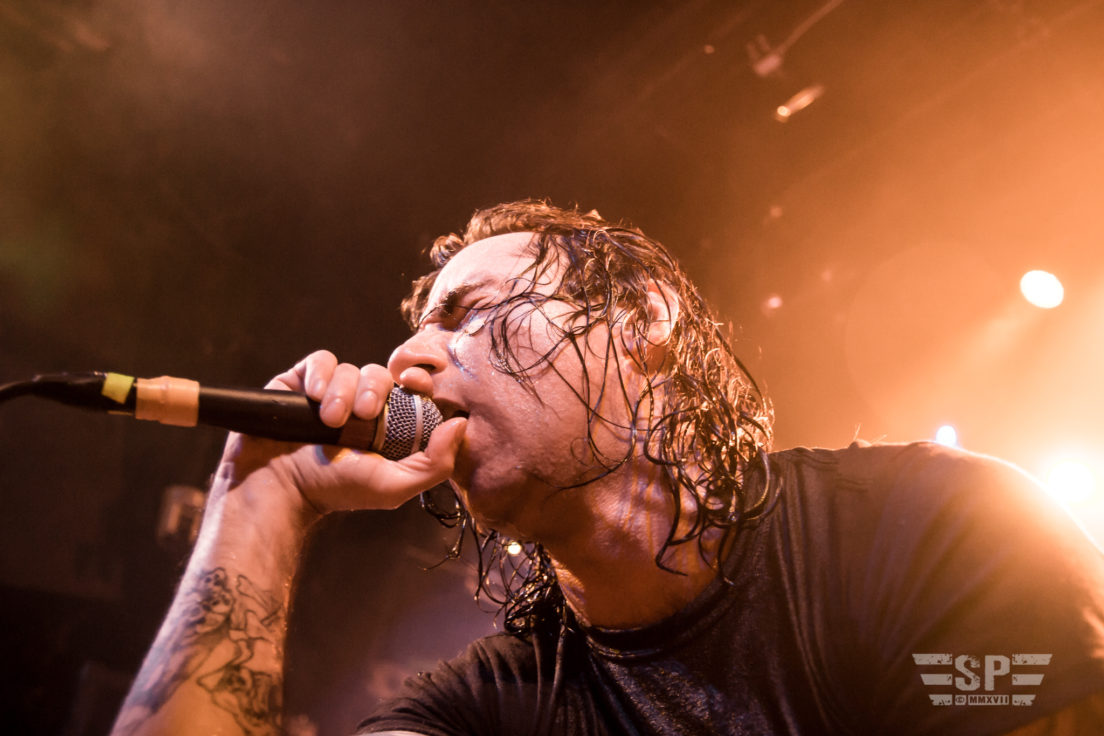