Atlanta, GA – Thanksgiving month is here, and Halloween came and went. But before we waved farewell to October’s fright antics, Motionless in White handed Atlantans a spooky music extravaganza it won’t soon forget. The Scranton, Pennsylvania gang touched down at Center Stage in support of new LP Graveyard Shift, and in the company of friends Miss May I and The Amity Affliction.

The Atlanta stop of The Graveyard Shift Tour was kicked off by initial opener Miss May I. Drawing opening duties can be a tricky situation. Yes, you play in front of larger crowds, but with it comes plenty of responsibility to display the best of yourself within a limited time-frame aside from justifying your presence on the ticket of a sold-out affair. That being said, Miss May I carried their weight just fine. The metalcore tunes laid down by this Ohio crew were pure mosh-pit inducing brute strength … and for the crowd at hand, that’s just what the doctor ordered.

Having large shoes to fill following the muscle-flexing of Miss May I, The Amity Affliction came, saw, and conquered the task. Led by front-man Joel Birch, this Australian quartet rifled off power jam after power jam that gave life to an audience-frenzy that brought about a cluster of crowd-surfing and head-banging. Despite not headlining the evening, The Amity Affliction used their time wisely and provided plenty of enjoyment during their 45-minute presentation of melodic hardcore bliss.

In the end, Miss May I and The Amity Affliction handsomely carried out their duties with fine music and artistry, but the night overwhelmingly belonged to Motionless in White. A cast of characters seemingly out of a Hollywood horror flick with a goth-like flair, the Chris “Motionless” Cerulli-spearheaded quintet are quite a visually and audibly pleasing grand time.

Yes, MIW’s music is enthralling and elevating, but the event theatrics are what steal the show and heighten the spectator’s senses. From androgynous front-man Chris’ forceful sashaying in red fur and skin-tight leather attire to Devin “Ghost” Sola’s elegant yet creepy stage gallivanting, this eerie bunch had plenty of tricks up their sleeves.

While The Graveyard Shift Tour has wrapped up stateside, be sure to visit iTunes or Spotify to download Motionless in White’s latest effort or head over to their website to learn more about this spine-chilling troupe. 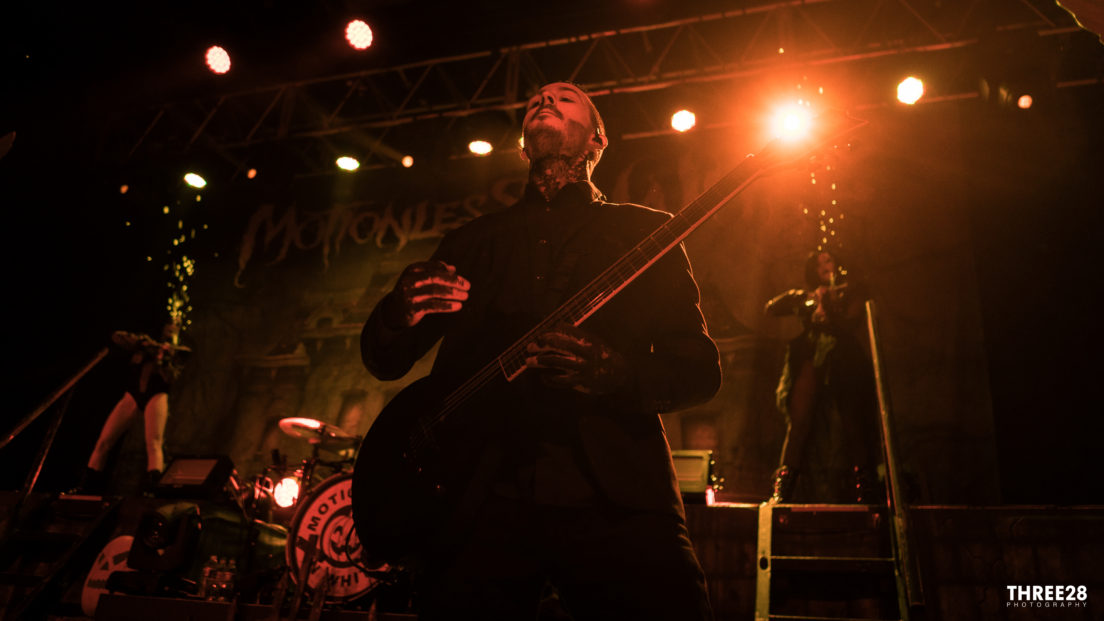 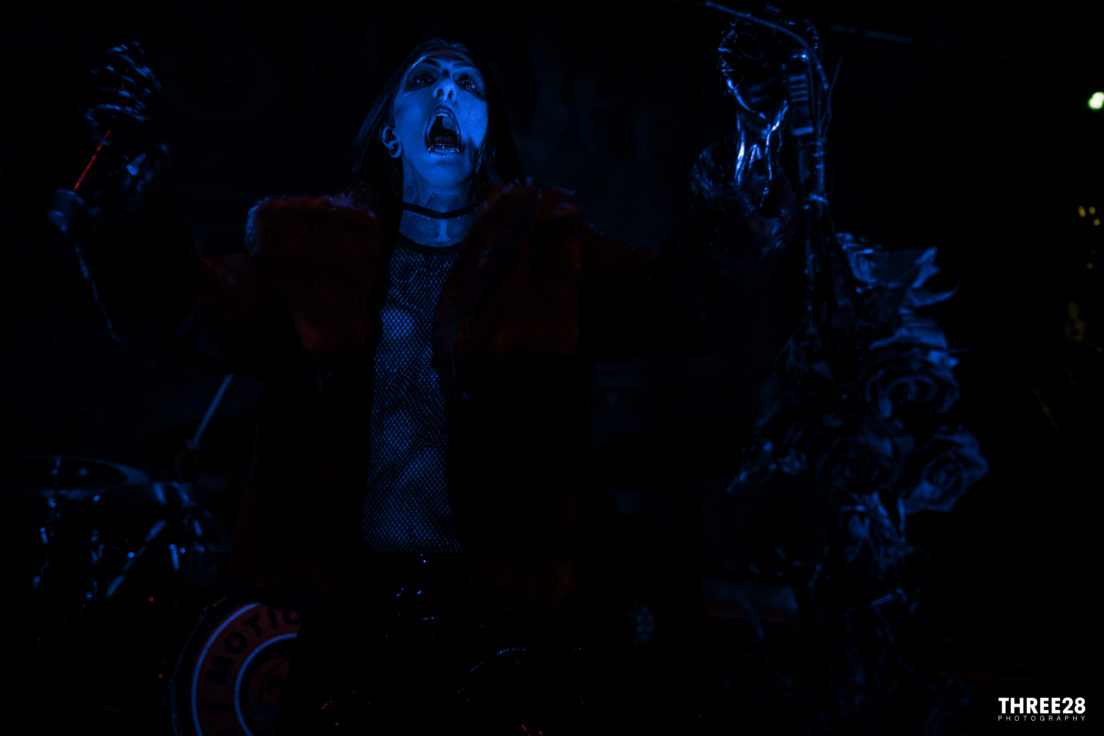 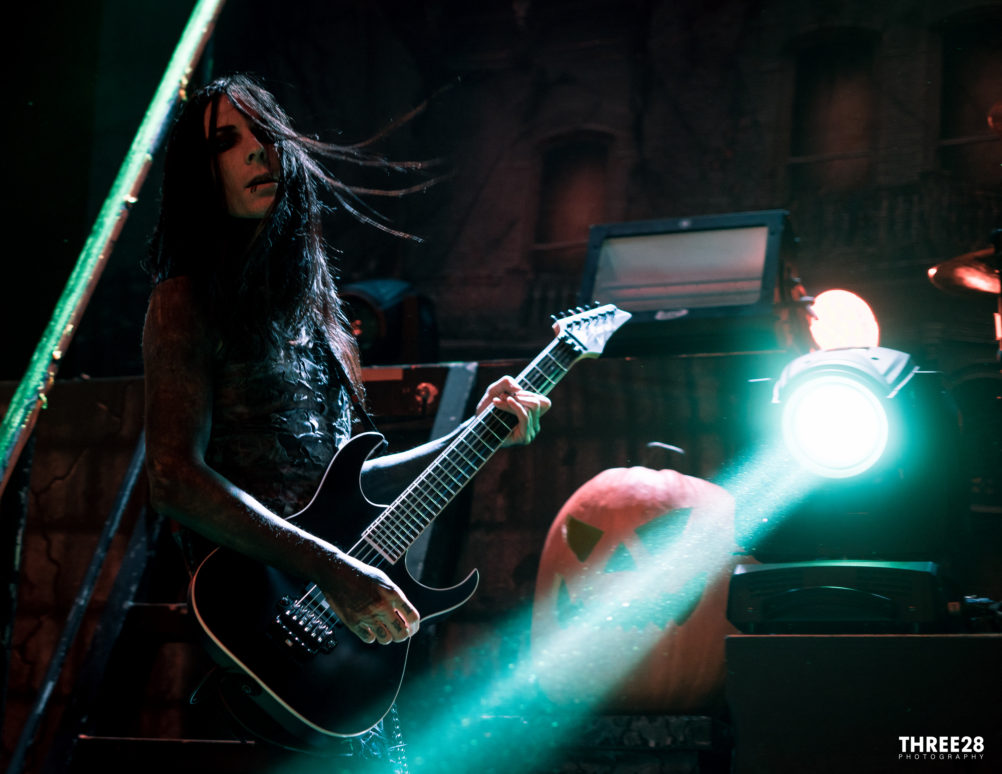 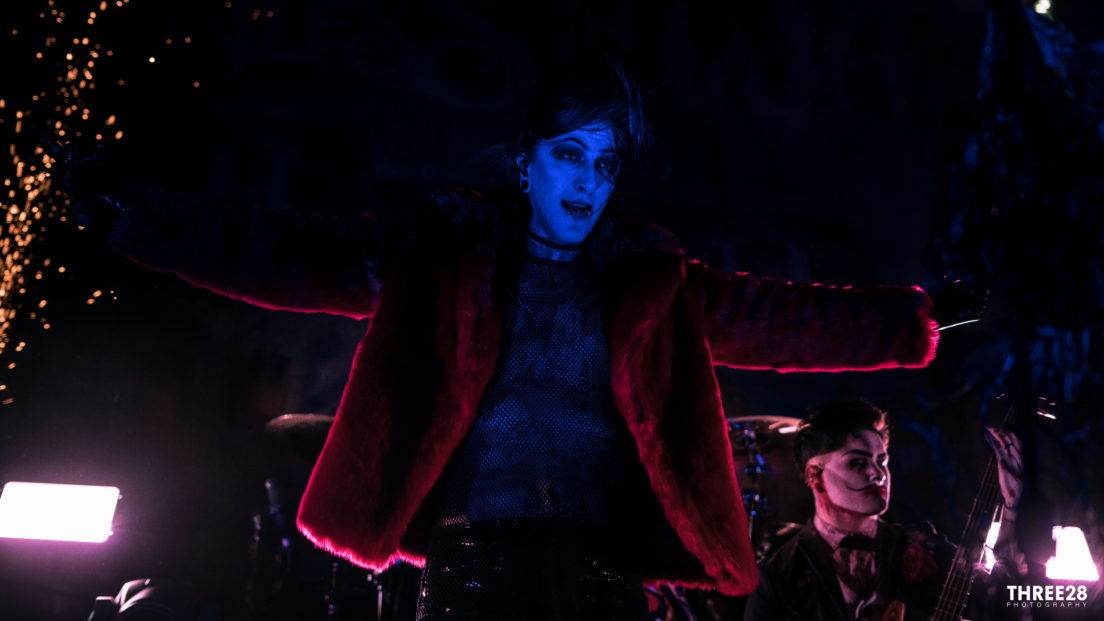 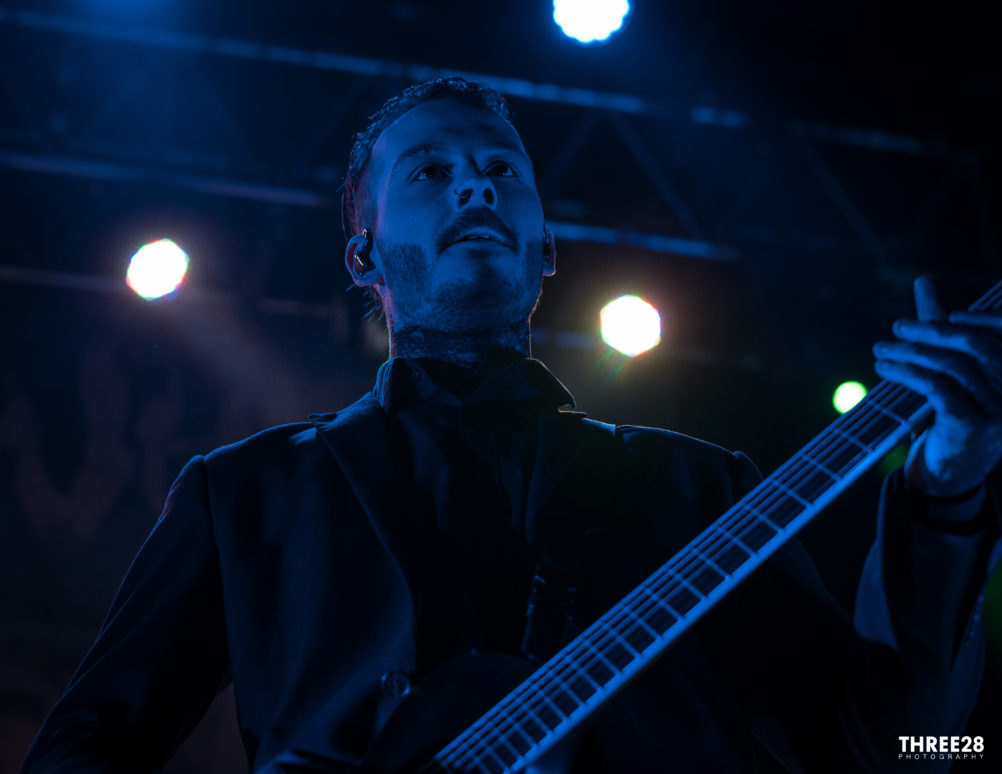 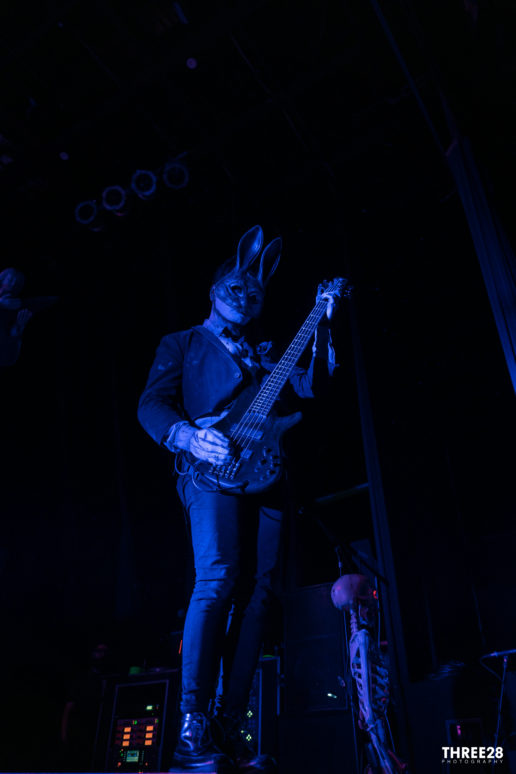 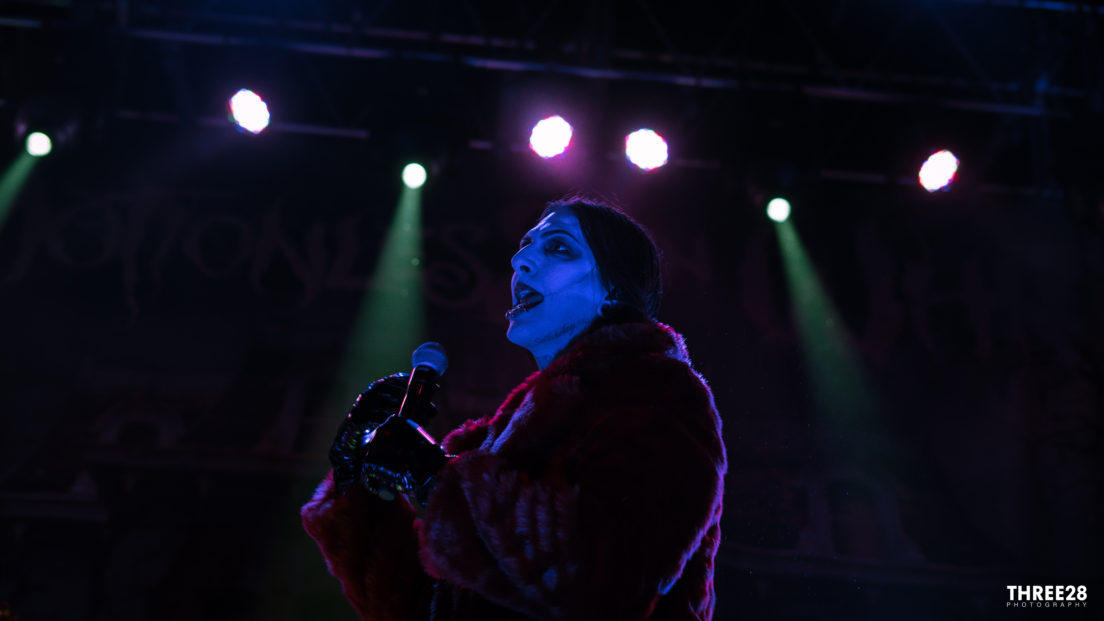 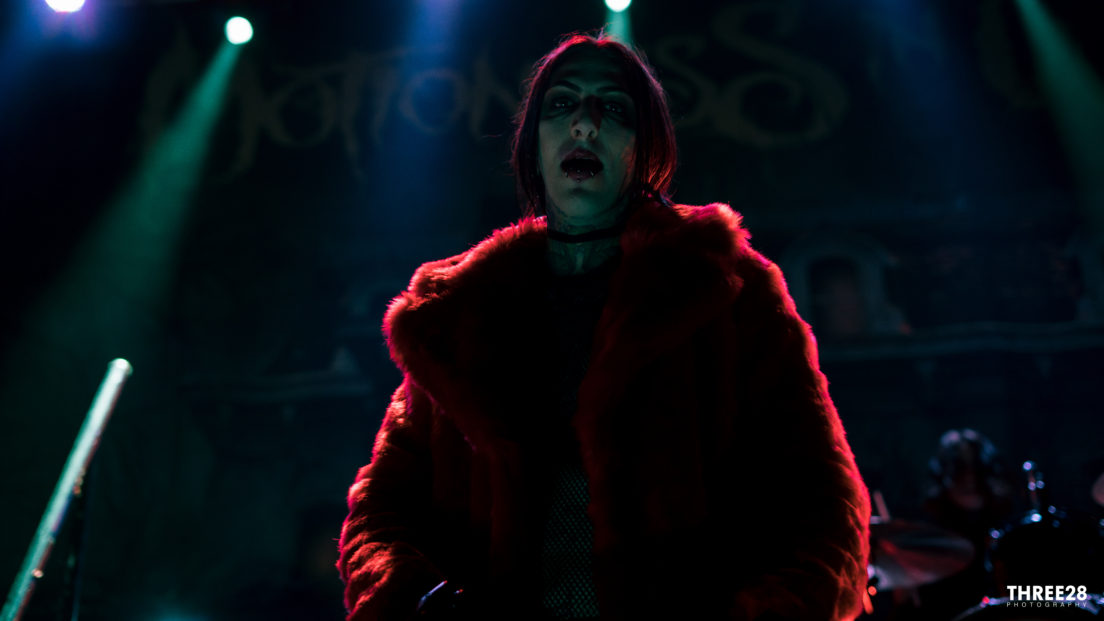 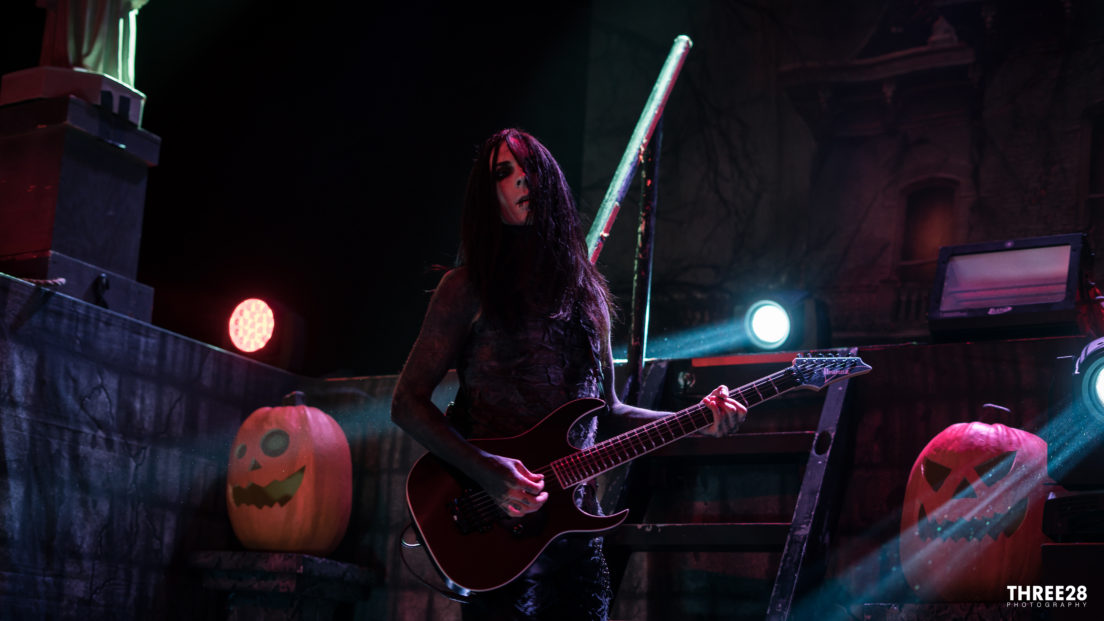 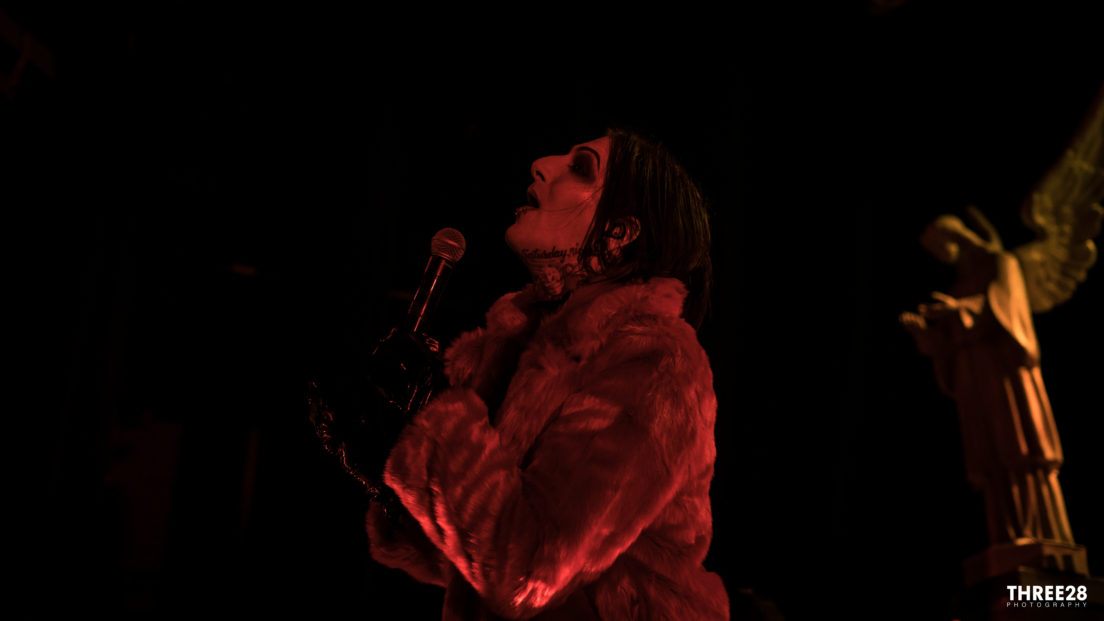 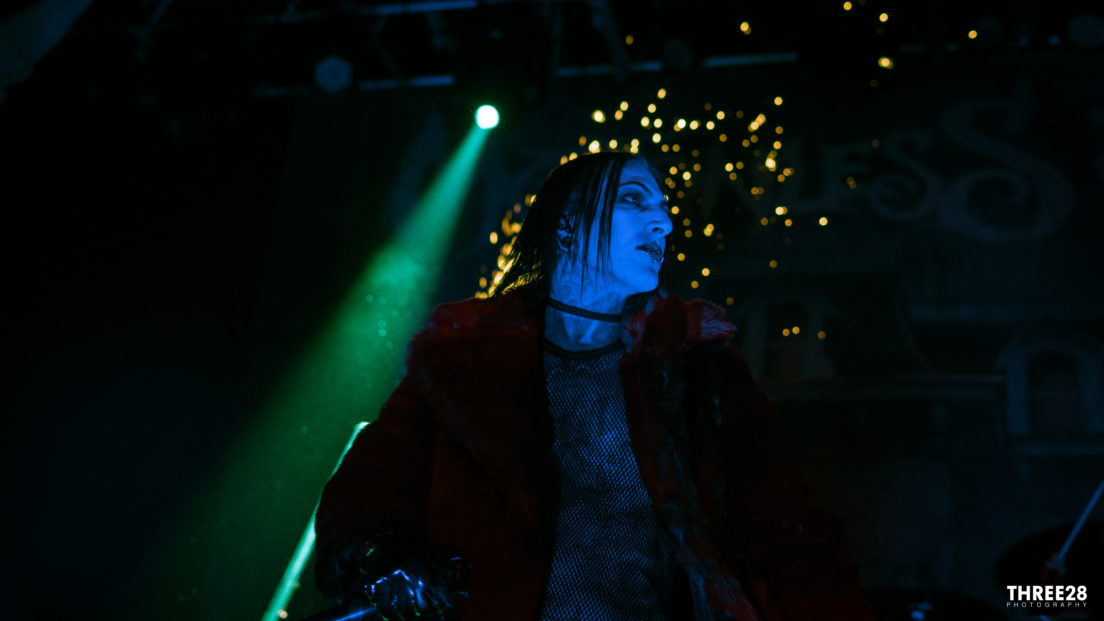 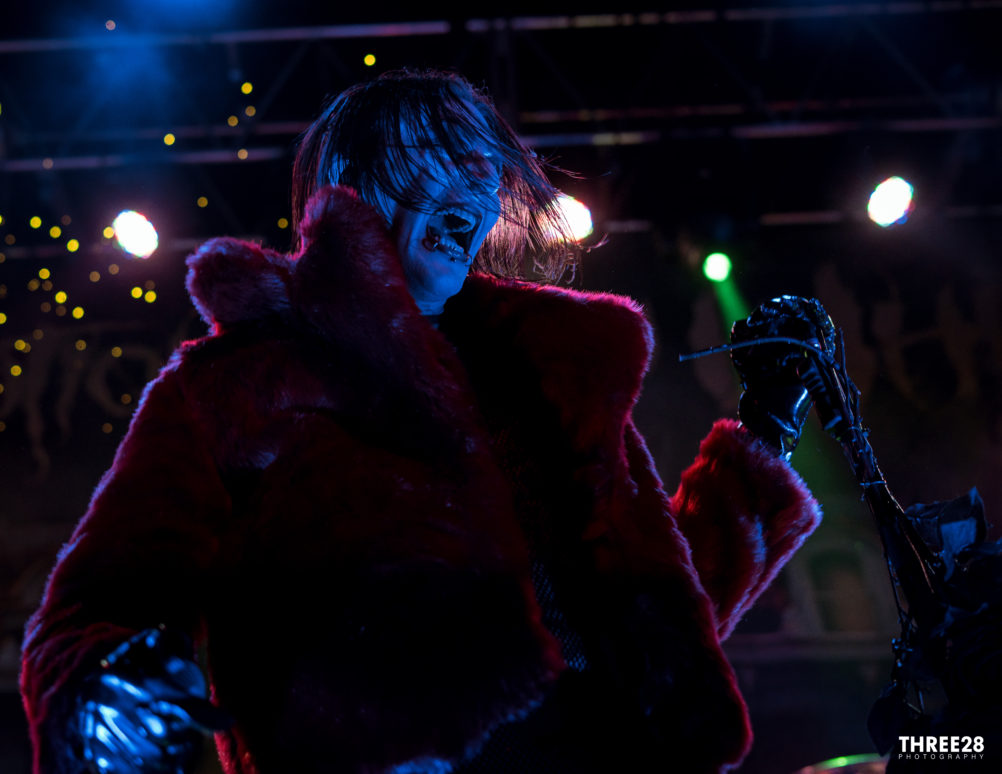