NORFOLK, VA- What Animals as Leaders lacked in heavy bass and pounding drums was made up for by Car Bomb and Periphery. In fact, only Car Bomb had true bass guitar on the stage while Periphery had three guitarists.

Car Bomb set the tone of the evening with their highly rhythmic form of metal, complete with hard stops and unexpected syncopation. The tone and style became more complex as Periphery took the stage. After some technical issues with the sound during the first song and a little drum-backed intermission, they were back in force with their djent style. With his ability to produce the low growls as well as the notes of the higher registers, Spencer Sotelo captured the audience and brought the room to another level of energy. 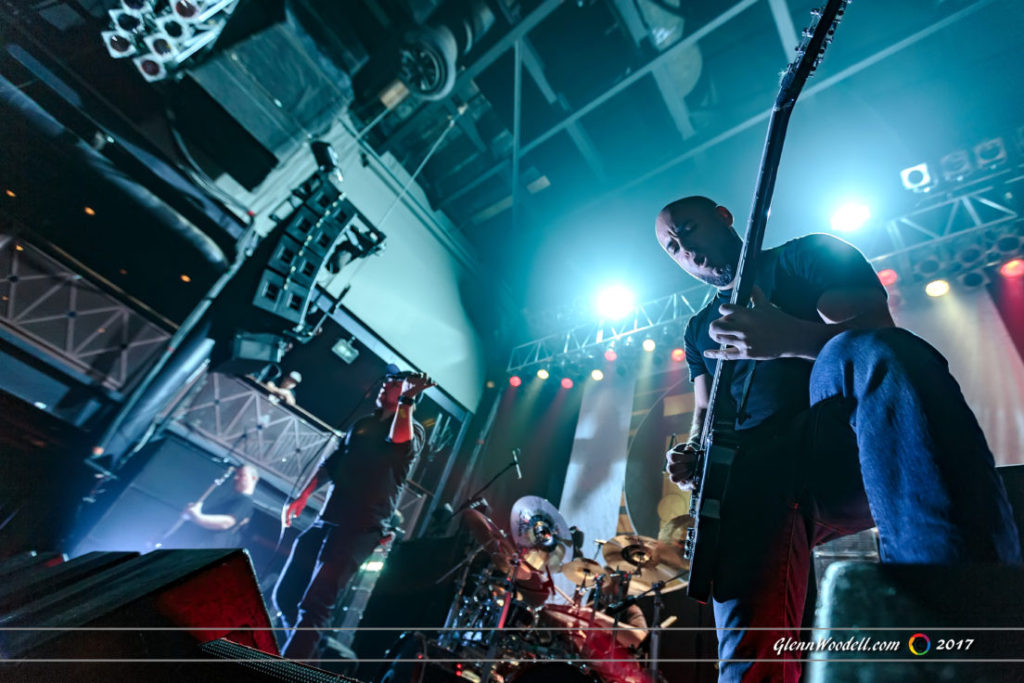 The bottom end was not missing by any means when Tosin Abasi and Javier Reyes joined Matt Garstka in the power trio that headlined the evening. And although Animals as Leaders only had two guitars on the stage, they were not lacking in strings as both played 8-string guitars for the entire set. Djent stylists themselves, their music ranged from gutsy, gritty hard core with plenty of string harmonics, to melodic and synthetic with no lack of low end thump, to rather jazzy…all within the same song titles. Both Abasi and Reyes traded off their roles, constantly back and forth between rhythm and lead while Matt somehow managed to keep up with the ever-changing rhythms. All were certainly masters at their instruments and kept the audience completely engaged, both at the stage and in the mosh pit. 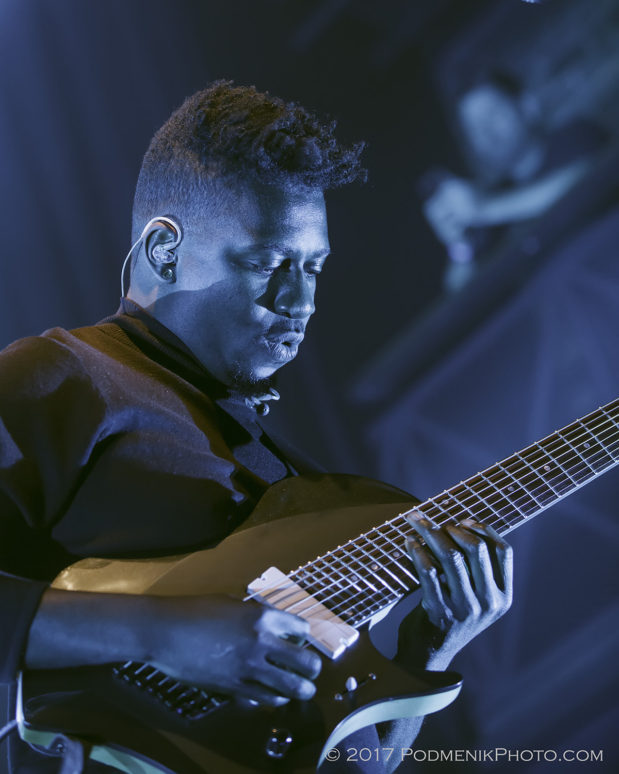 The set list featured “Kascade,” “Physical Education,” and concluded with the electrifying “CAFO”. Metal merged into art for a discerning ear, with one of the top guitarists of our generation. Catch both Periphery and Animals as Leaders on their current tour at a stop near you.