California indie rockers Vista Kicks stopped by downtown Austin this past Saturday for an intimate, yet lively performance at Sidewinder. The band is currently on tour in support of their most recent album, Booty Shakers Ball, released this past September. Joining them for the night were locals Tremble Out and No Rehearsal.

Though Sidewinder is but a small space, it was quickly filled with people excited to hear these bands play. The bar/club is nicely located in the heart of Austin’s red river cultural district, and with their outdoor stage setup, it’s hard to miss any band playing there. It took Tremble Out no time to get people filtering in, their mix of harder and lighter moody songs a nice variation which left the crowd excited to see what they’d play next. Their EP Based On Our Situation gives heavy flashbacks to moody rock from the ’90s, with possible influences by bands like Incubus and 311. 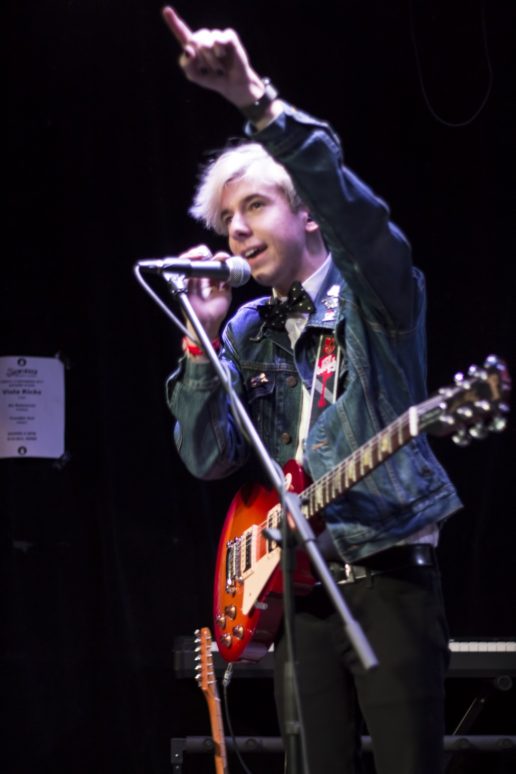 Taking inspiration from The Neighbourhood, John Mayer, and Stevie Ray Vaughan, No Rehearsal brought their A-game — their interesting band name clearly anything but the truth, evident in their tight performance. The energy of these youthful rockers was soaked up by the crowd; the guitar work on many of their songs was something spectacular, notably on “A.M.” where their influences really shine through. 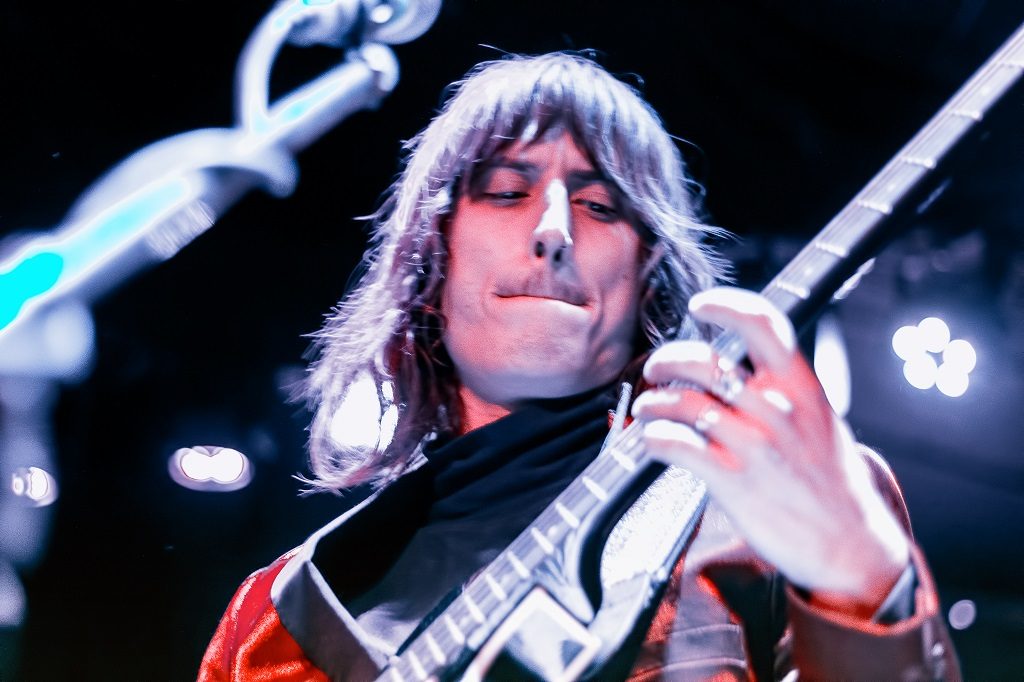 Vista Kicks walked up on stage in matching red velvet suits, their personality speaking for them. In early 2016, the band released a self-produced 6 track EP, ‘Chasing Waves’, which in 2016 made Apple Music’s Featured New Artists page and lived on the homepage of iTunes for four consecutive weeks. With a ’70s rocker vibe, they had this Austin crowd cheering from the get-go. Currently sharing their new music all around the country on their Booty Shakers Ball tour, they are undoubtedly building a dedicated fan-base along the way, as everyone here knew all the words to their songs and were singing them along loudly in excitement.

Do yourself a favor and check out Booty Shakers Ball for an array of dreamy rock and roll songs that will get you up and dancing around the house. If you’re on the west coast, check them out at one of their upcoming dates.