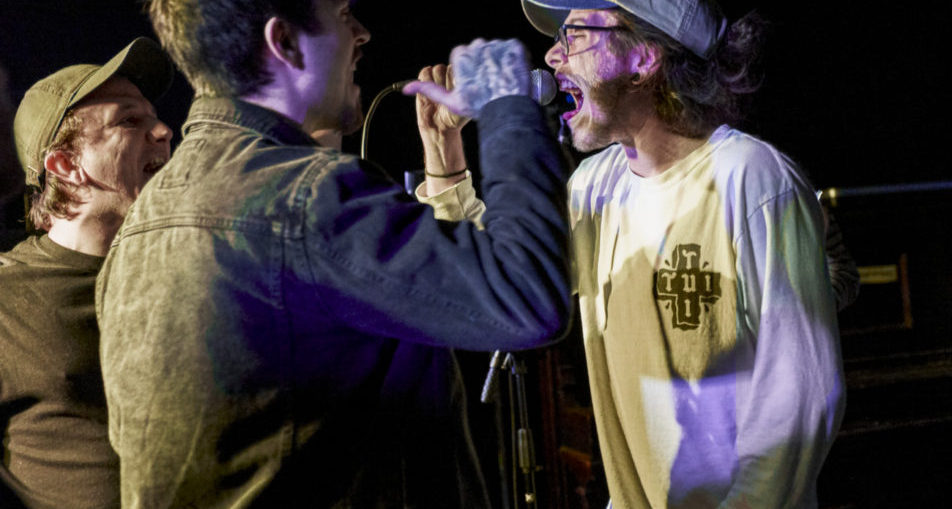 Ottawa, Ontario – Live On Elgin was packed for Belmont, despite the snow apocalypse. The band was supported on their first Canadian tour by Parkside, Nightwell, The Great Diversion and Fast Asleep.

Up first for the evening were locals Fast Asleep. The band started the evening off with their rock vibes, getting the eager crowd warmed up for the following bands. The band played a short set, including an unreleased track based on the television show Bates Motel. Although their set was short, it was sweet and drew in a large crowd.

Following Fast Asleep, were the creative collective known as The Great Diversion. Despite some technical issues, the band was able to keep the crowd enticed with their experimental, atmospheric sound. The band treated fans to some new music, which was received well and bodes well for its eventual release!

With the atmosphere set, the five-piece known as Nightwell were ready to break the crowd standstill and get the venue fired up. The band treated the crowd to a collection of yet-to-be-released tracks, that left the crowd itching for more. In addition to the new songs, Nightwell played “Bloom” and “Overdose, which were released over the summer and got the crowd moving and singing along. They played a captivating set, as vocalist Kurt Cuffy dominated the floor with his energy, even throwing in a few jumps in the small space. A band to keep your eyes on!

Next were Hamilton natives Parkside, who picked up where Nightwell left off and continued to kick up the intensity. The band was unafraid to immerse themselves in the mosh pit, with bassist Cole Gardner eager to multi-task, while vocalist Rob Spadafora descended to create a welcoming atmosphere for fans to come close and sing along. Playing songs off their December released EP Whenever Your Ready, the band prepped the crowd for the madness that was to come with Belmont.

When it was time for Belmont to begin their set, the air in the venue was full of anticipation. Their set was a whirlwind of an experience, featuring moshing, guest vocals from Parkside guitarist/vocalist Aidan Stoddard, and even crowd surfing (a first for Live On Elgin). Belmont was eager to get the crowd involved in their set, allowing fans to step on stage and sing along with vocalist Taz Johnson. Regardless of what songs they were playing, the crowd appeared to know every line and reflected the success of the band’s first Canadian tour, and bodes well for when they release their debut LP1

Be sure to check out all the band’s when they come to a city near you!