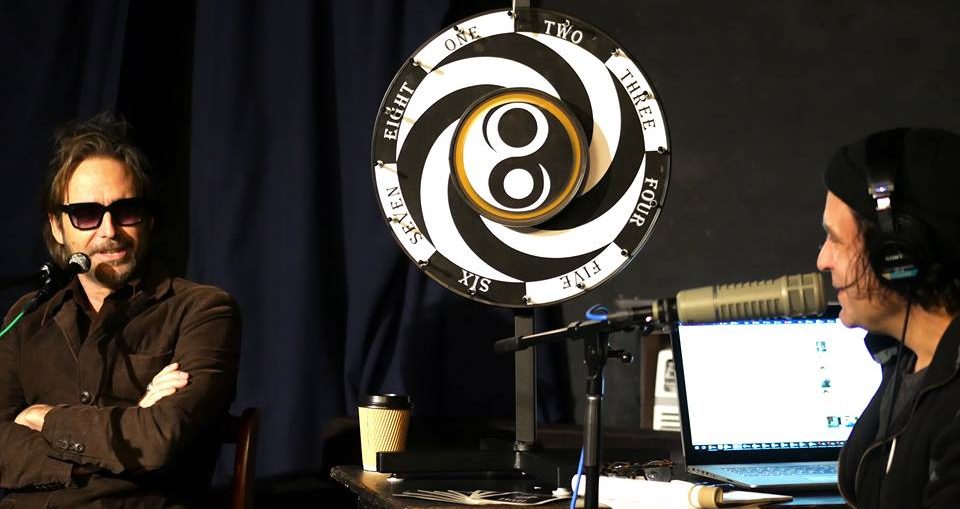 There are a lot of podcasts out there, folks. And separating the good ones from the “yawners,” (or those two or three drunk dudes/dudettes spewing what they think would be of interest to their limited-to-no audience), can be a tedious venture, because there are just so many damn podcasts!!!!!!

However, if you enjoy live music, tarot cards, nerdist music enthusiasm (sorry Andras, but it’s a compliment), and a trippy, spinning 8-ball offering in depth answers to metaphysical or prodigious life questions, then the sublime and sonically driven podcast RADIO8BALL is for you.

Getting down to it, Radio8Ball is best described as a pop oracle. Past guests, such as Viggo Mortensen, Tig Notaro, Ralph Metzner & Nina Hartley, as well as random callers, ask a question about life, love, etc. In its current incarnation, songs on Radio8Ball are performed by a live band/musician who begins with a list of eight songs (numbered 1 through 8). A song is chosen by spinning a wheel or picking a card, and that song becomes an interpreted answer to the guest’s question. One of these questions and answers is released every day featuring that guest as the star. 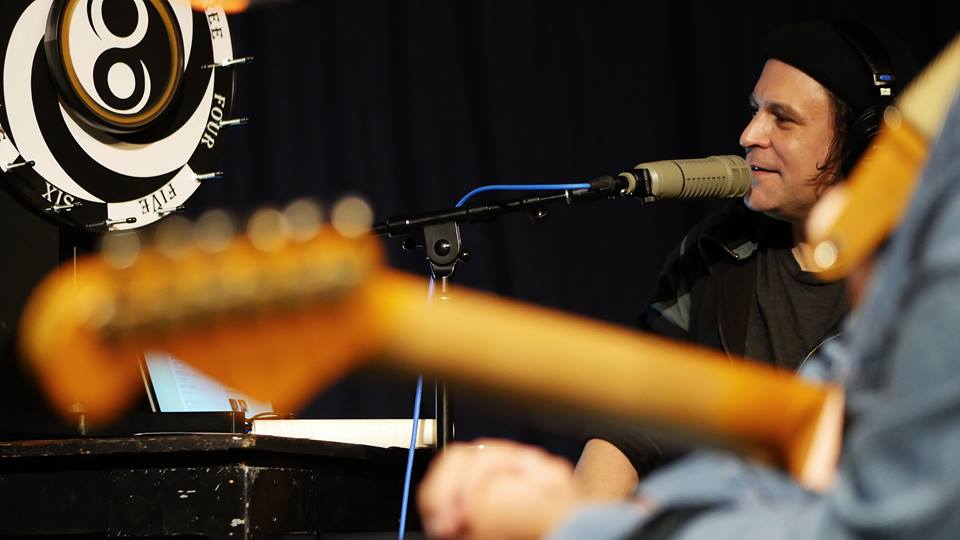 Radio8ball’s host is Andras Jones, a circumspective, hip cat, whom, when not producing this podcast, is a talent manager for actors, writers, and directors, as well as an actor and musician himself. On his show today is accomplished veteran actor Craig Stark, a Hollywood talent who’s been in a score of films with directors like Quentin Tarantino, Barry Levinson, Boax Yakin, Sam Raimi, and Rian Johnson.

In the spotlight, with a cup of Joe to get the wheels turnin’, Stark dives into his start in La La Land where he copped employment as security detail for Marlon Brando at the age of 21, and later opened up a club for Jack Nicholson. Craig went on to talk of a screenplay he’s penning, and general thoughts on life. 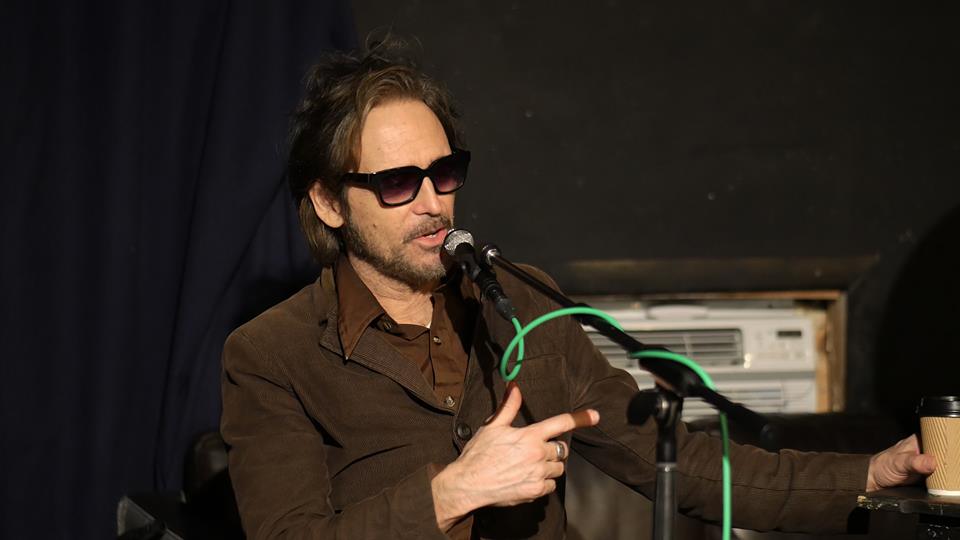 Then comes Stark’s question for the pop oracle. He spins a wheel, and the live band on today’s show, and a fantastic one at that — Meernaa — plays that chosen number the wheel has landed on, which happens to be their song “Wildest Eyes.” Stark reads the lyrics as they perform and sees if they synchronize and shed any meaning for his question. 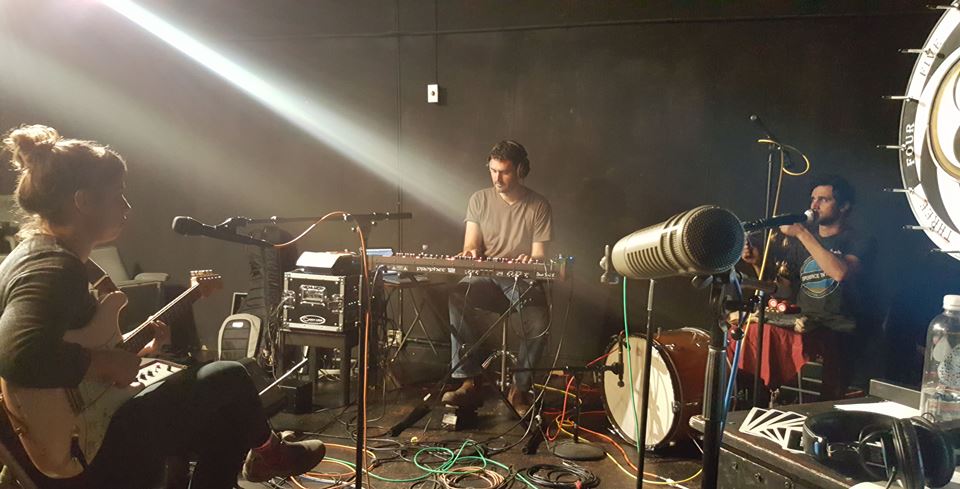 It is by then that the Pop Oracle performs its wizardry; the question and interpreted answers are not only for Stark, but for everyone listening, even Jones himself.

Jones had this to say when I asked:

TC: What could listeners find on your podcast that they couldn’t find on any other?

AJ: Radio8ball is the most honest and intimate experience you can possibly have with a songwriter in a performance setting. On the show, the band’s songs are in service of the guest asking the question. This shift of context makes a big difference. You can hear the most jaded cats get totally blown away by their own songs and the synchronicities that emerge when it’s not about them. 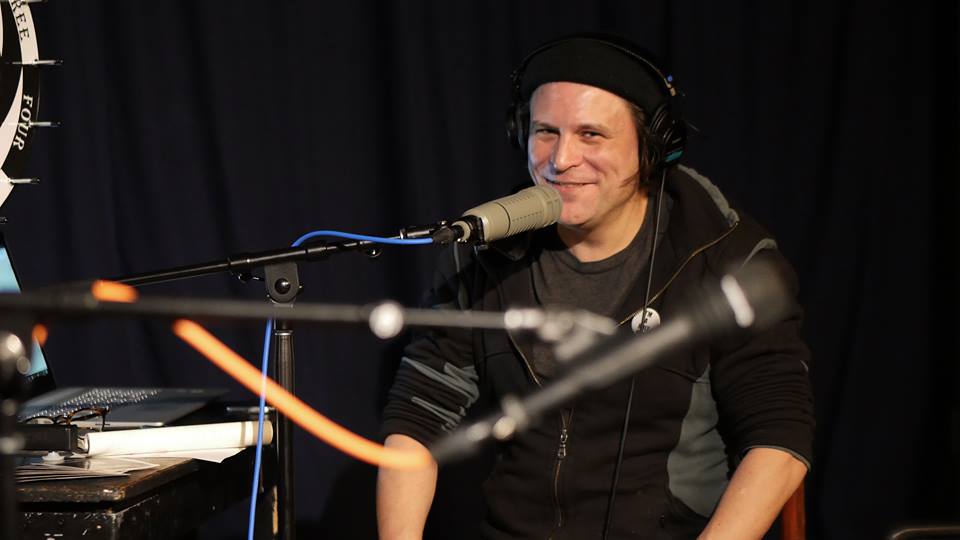 Andras started Radio8Ball back in 1998 on KAOS, a college station at The Evergreen State College where his father Richard M. Jones led dream seminars in the ‘70s. His drive for the show is mainly “for the artists; to get people to listen to songs deeply. For the listeners, to create a game that rewards deep listening. And for myself, to cultivate intelligence (which I define as a conscious state of unknowing). And lastly, for the community at large: spine tingling synchronicities, connections with the natural world and all the inspiration you can handle.”

And you know what, I believe him. I had the pleasure to experience the pop oracle when Jones surprised me with the chance to sit in as a guest right after Stark. What a cool experience, but I won’t indulge that at this time. Check out Craig Stark’s interview when it drops on Jan. 27th.

In the meantime, check out past episodes of Radio8ball here: http://www.radio8ball.com/

Listen to more of Meernaa here!

For more on Andras Jones’ music, from his band The Previous, click HERE.

To check out his book Accidental Initations, click HERE.

Turhan Troy Caylak
Turhan Troy Caylak is an American born Turk living in Los Angeles. He's also a graduate of NYU's Tisch School of the Arts, where he studied acting and writing for theater, film, and TV. He's had a few of his scripts produced over the years, and several optioned with major star attachments. Troy has since received accolades when his short film Mama won 15 international films awards, including Best Produced Screenplay 2011 at the Pasadena International Film Festival, and the Silver Palm Award at the International Film Fest in Mexico. In his spare time, he enjoys jamming on his guitars and drums, shooting shorts with his actor and writer friends.