The band is releasing its 11th album (It’s Not Us) this month, which explains the expansive repertoire of music that allowed two full sets (nearing three hours) for both Cincinnati performances.

The band’s style is a jam band mix of largely instrumental pieces that pull from electronic jazzy soul with strong elements of progressive rock and funk.  The accompanying light show, particularly during the second set, was nothing short of spectacular. 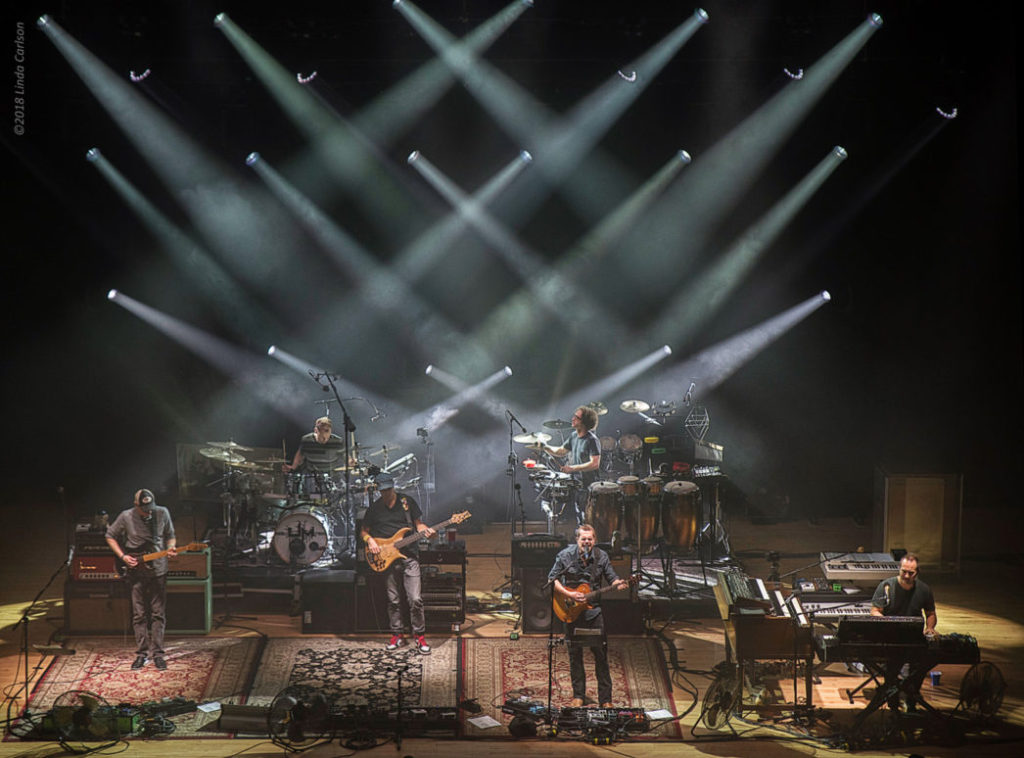 Umphrey’s McGee fans are not a disjointed group of people who bought tickets to a show, listened to the music and then went home.  This was … a community of fans, many of whom attended the show both nights.  Throughout the evening, people mingled with their neighbors, one row to the next, smiling and laughing and enjoying each other’s company.  Their mutual appreciation of the band and its music forged a bond between them.  It was quite amazing to experience. The concert continued past midnight and the audience stayed with them to the end. 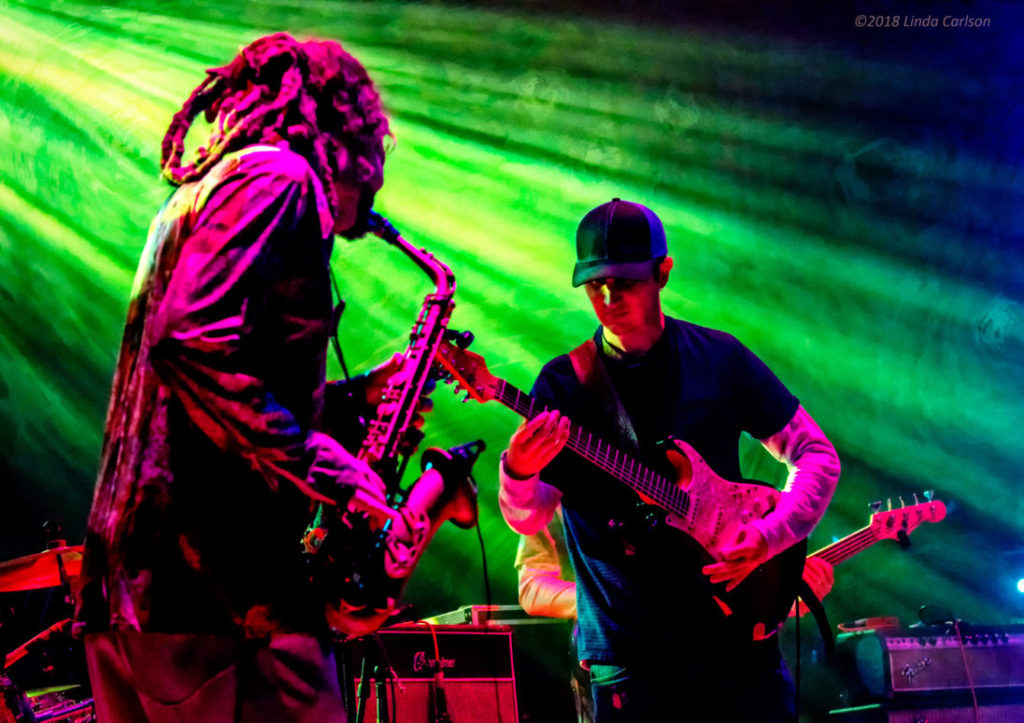 Check out Umphrey’s McGee expanding tour schedule at www.umphreys.com/tour.  If you attend one of their shows, be prepared to make new friends during a full evening of music.