Philadelphia, PA – “Let’s Start The Magic!”  I’m sure the crowd that filled East Allen street wasn’t expecting a workout tonight, or maybe they were?  The indie-alternative-electro-dance-rock band AWOLNATION sold out The Fillmore and put on a mind-blowing performance.

The evening began with two rising star openers each providing their own mini sets as each seem to be on the stage for no more than six songs.  First up was a personal favorite of mine – Irontom, from Los Angeles.  The animated lead singer Harry Hayes moved across the stage while lead guitarist Zach Irons (who also was playing with AWOLNATION later) performed solos in a style reminiscent of Jimmy Page. In the short set, they included their most popular songs “Brain Go,” and closing with “Be Bold Like Elijah.” 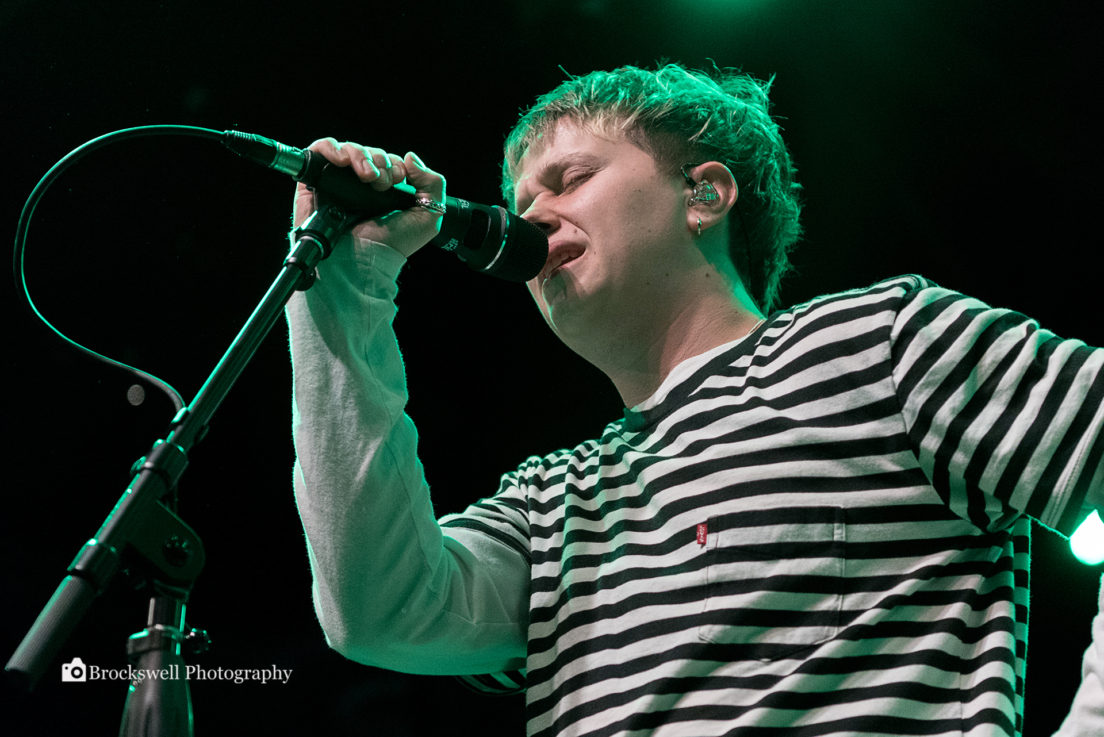 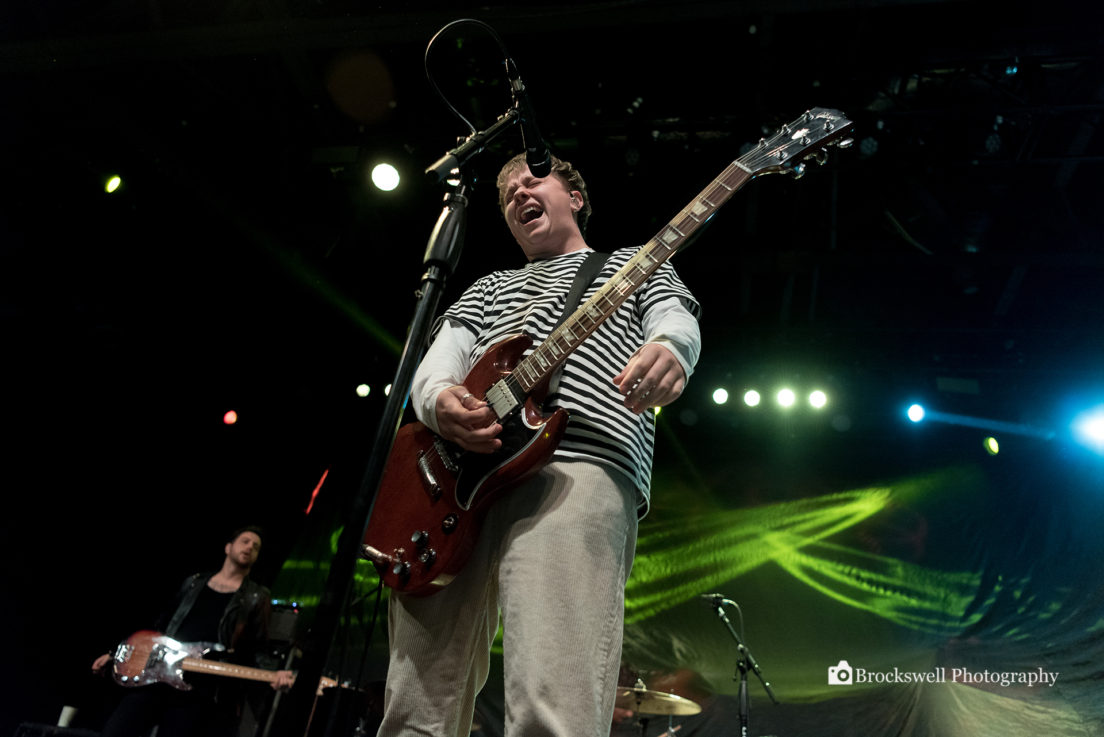 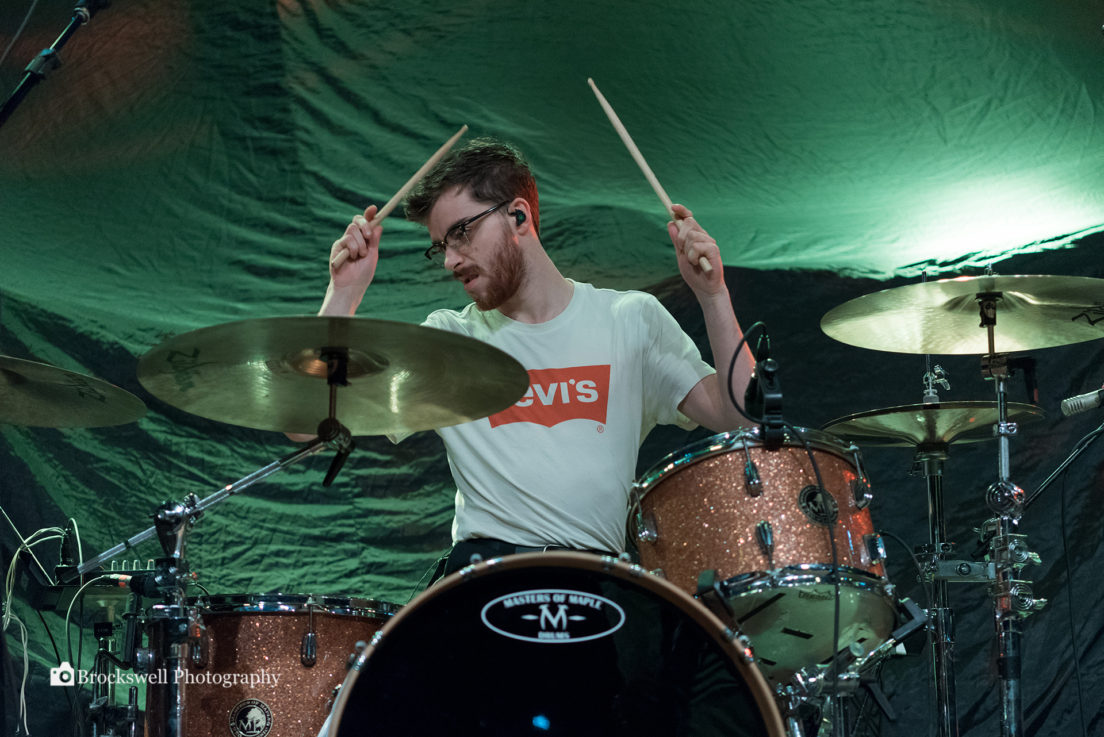 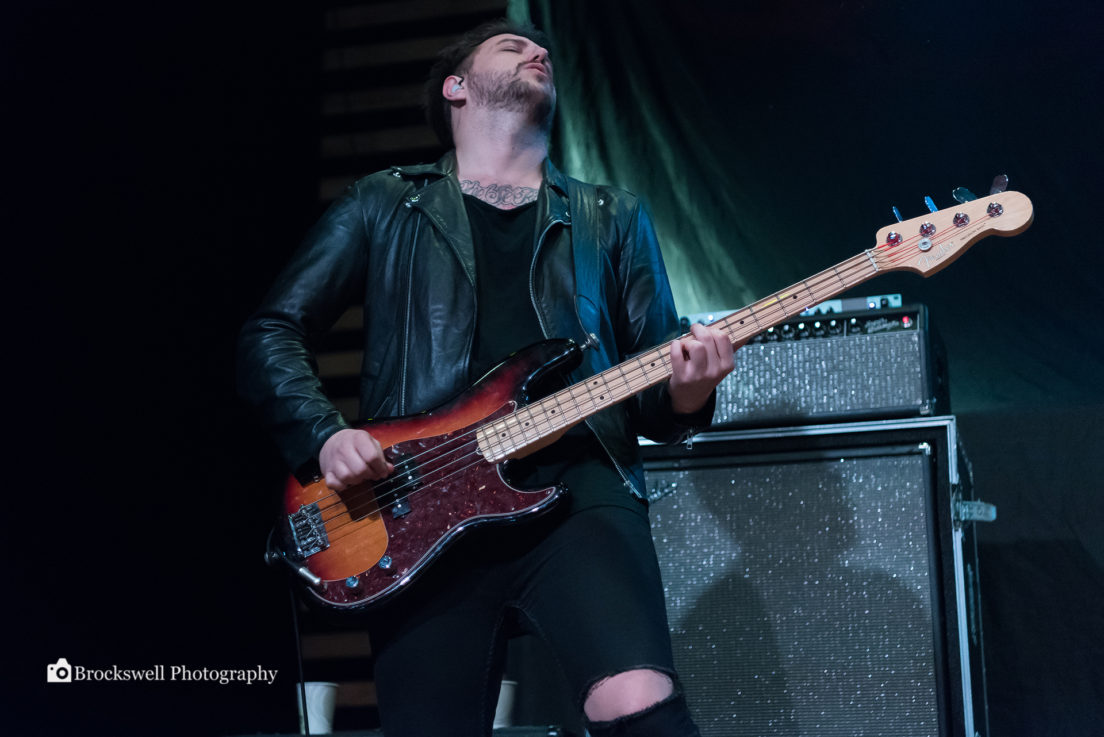 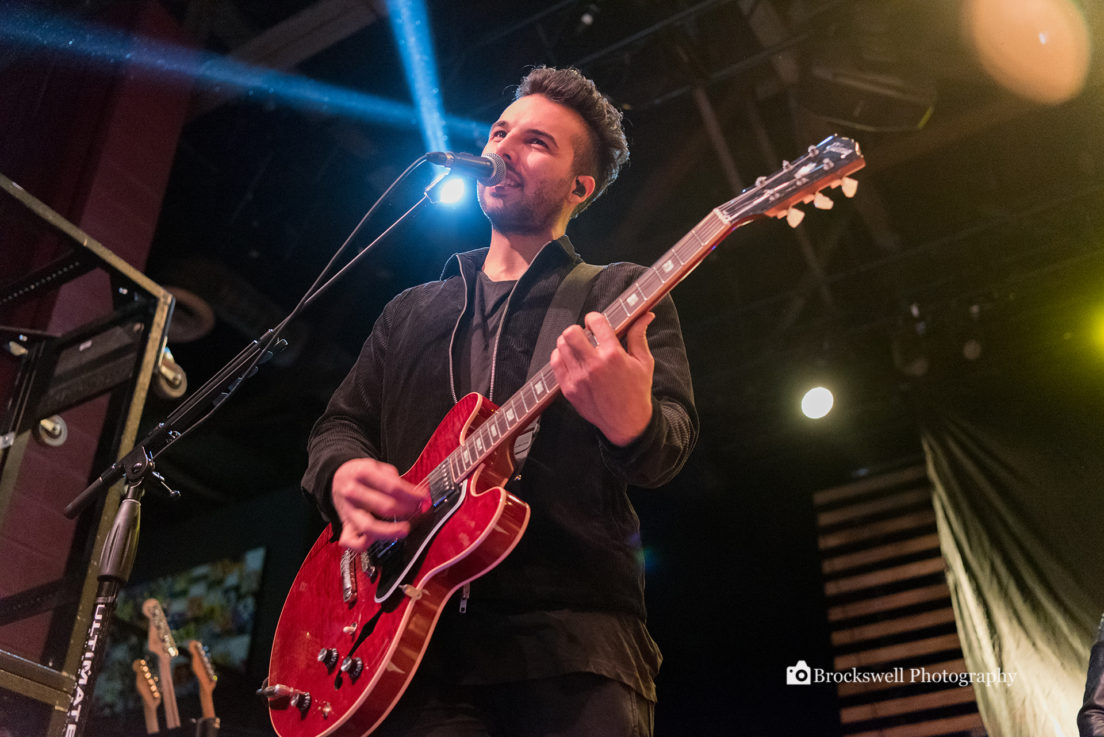 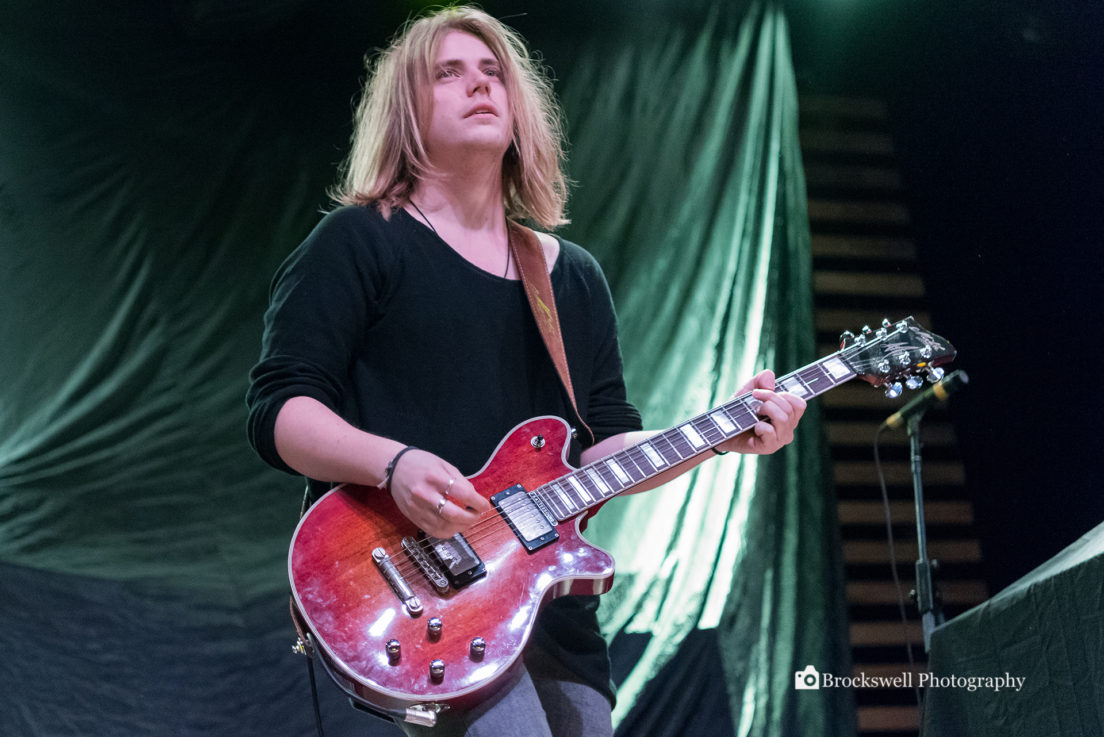 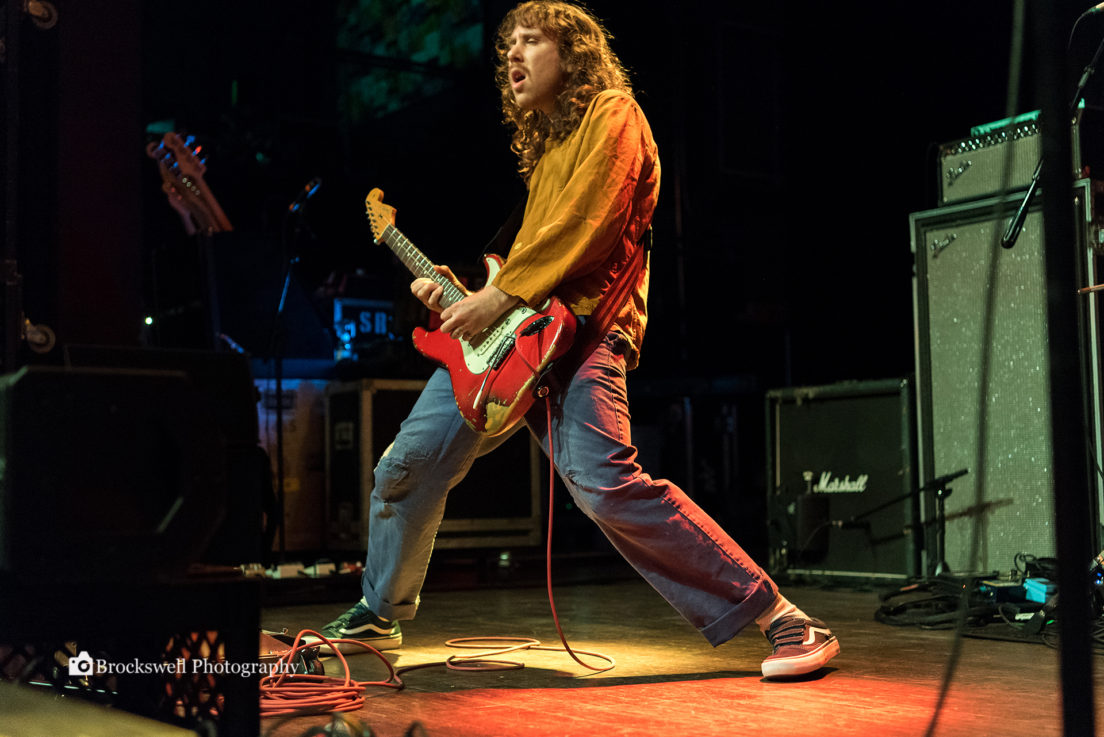 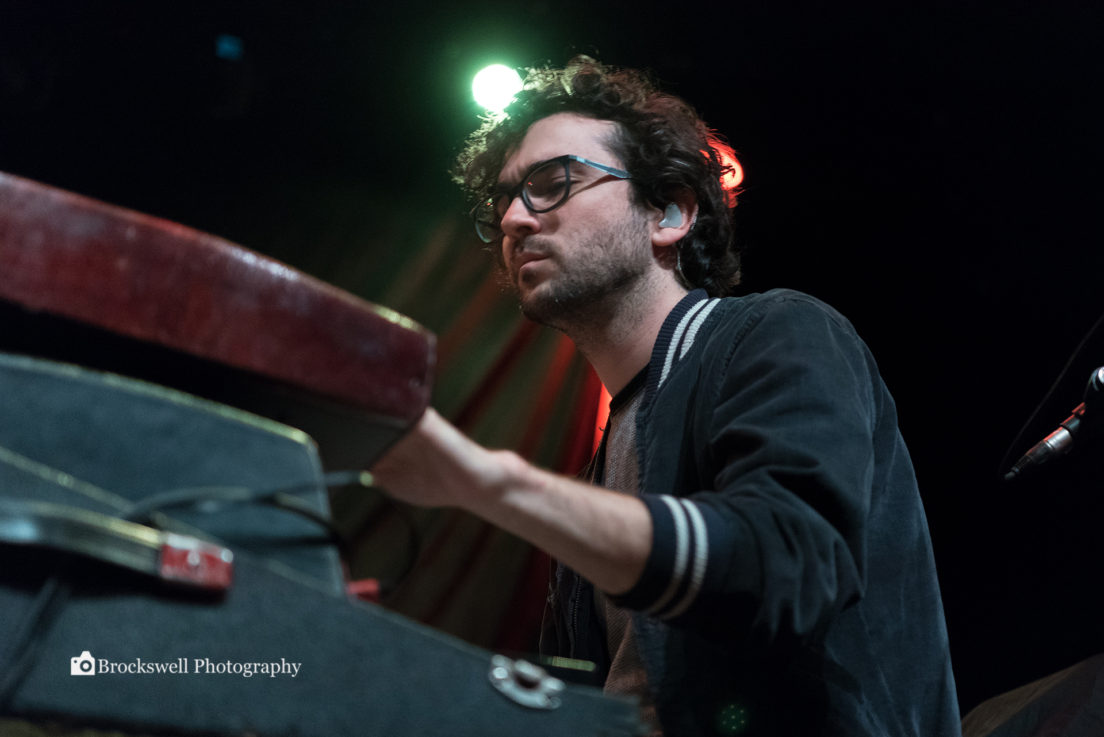 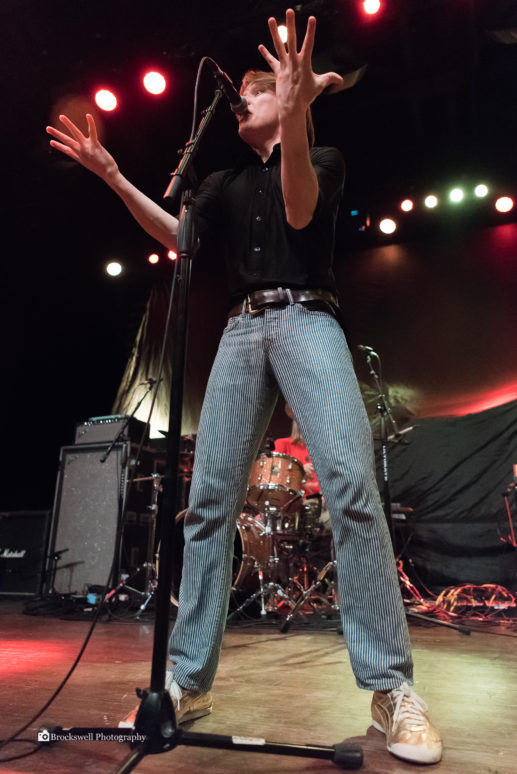 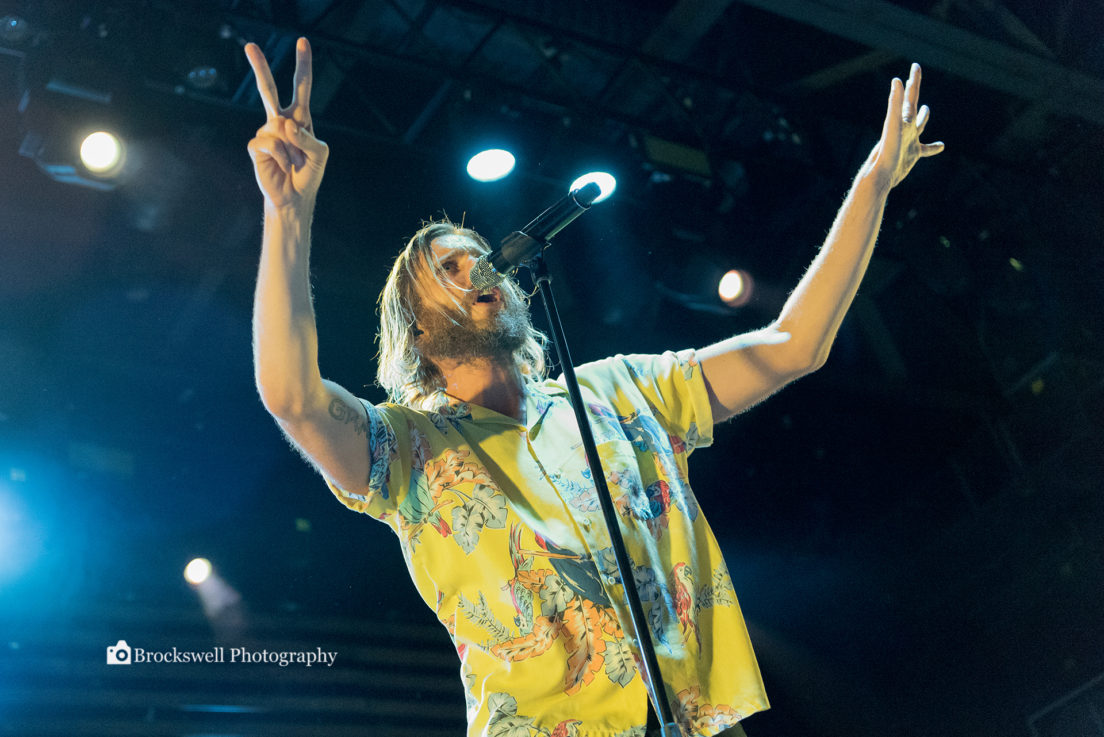 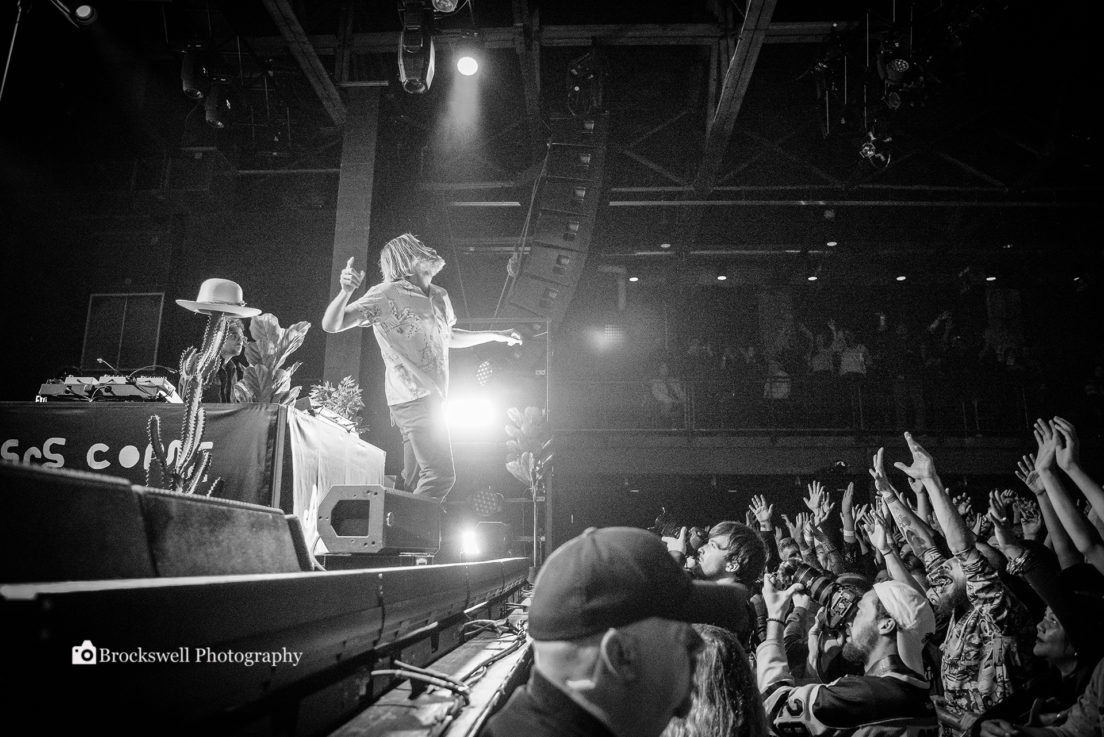 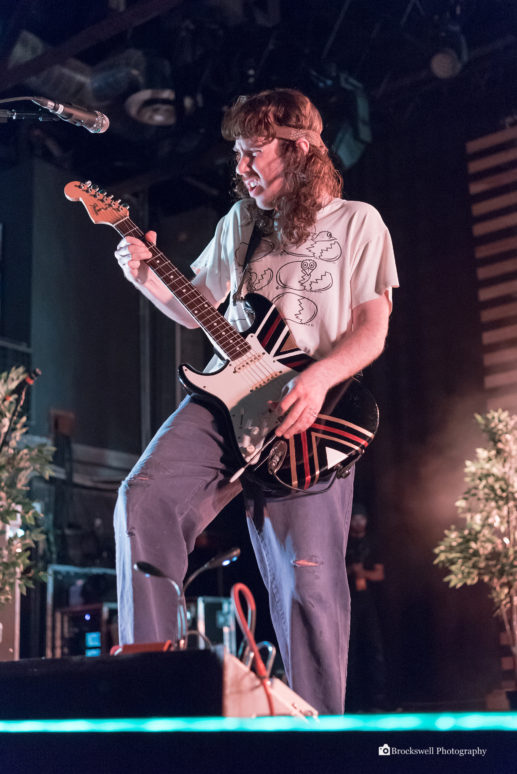 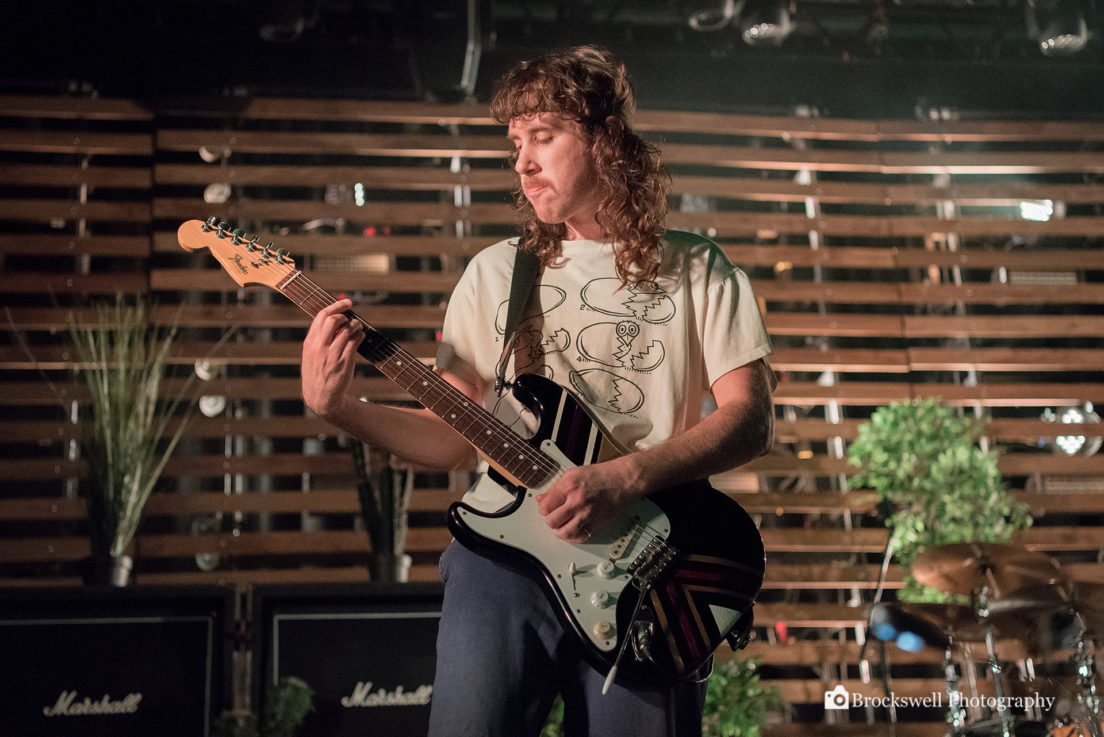 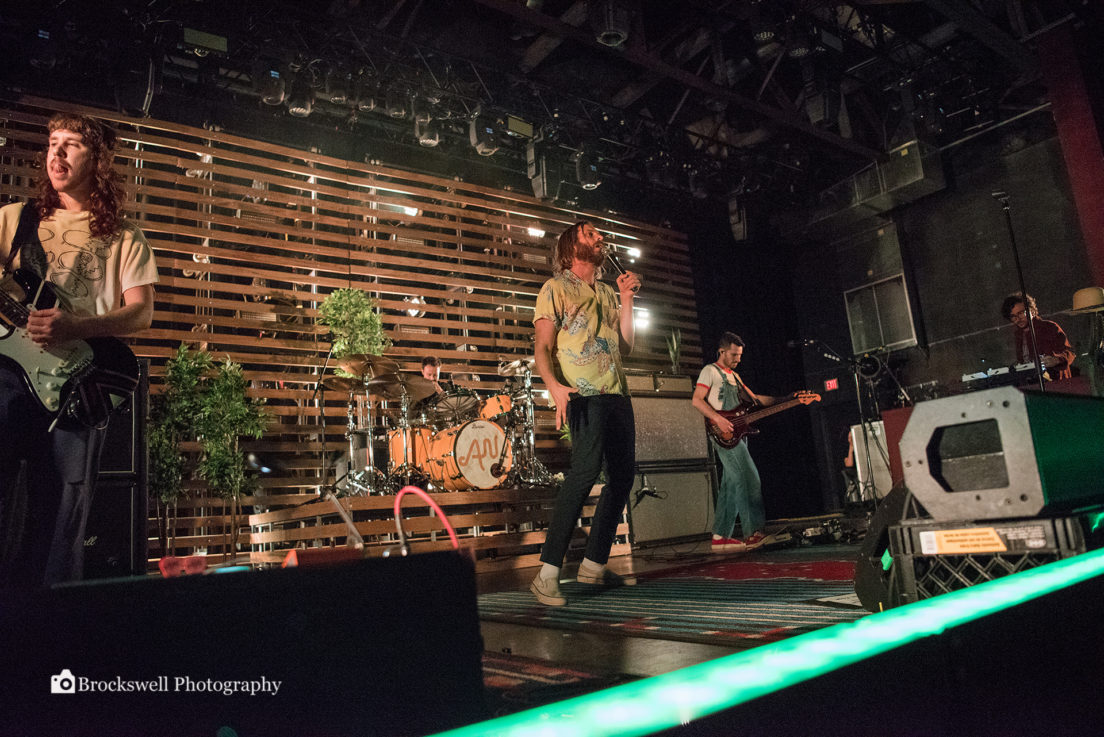 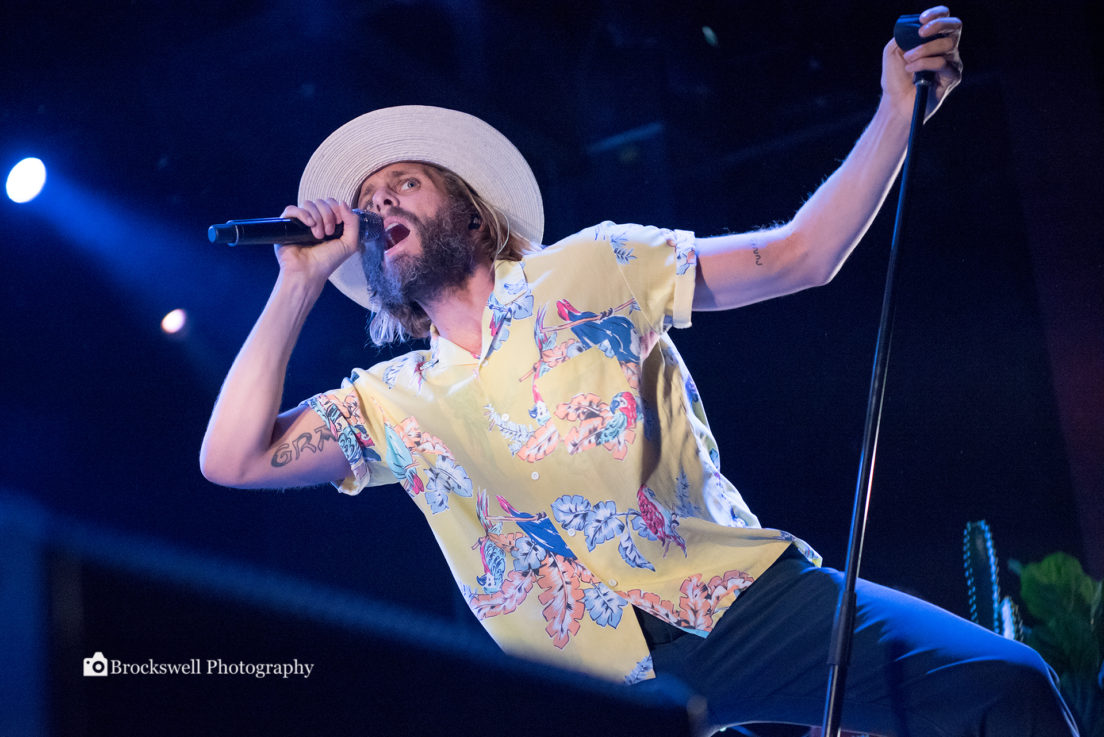 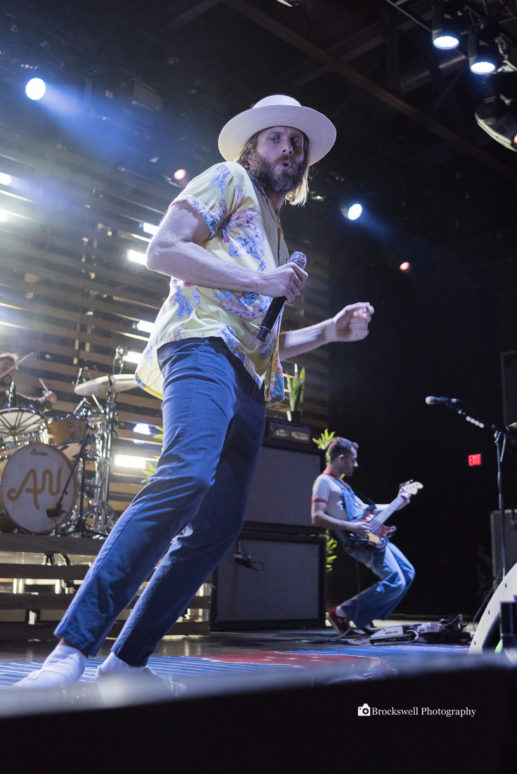 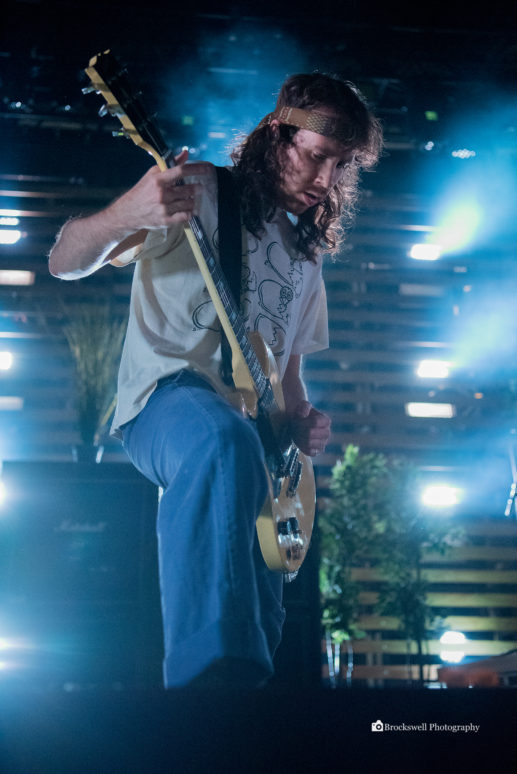 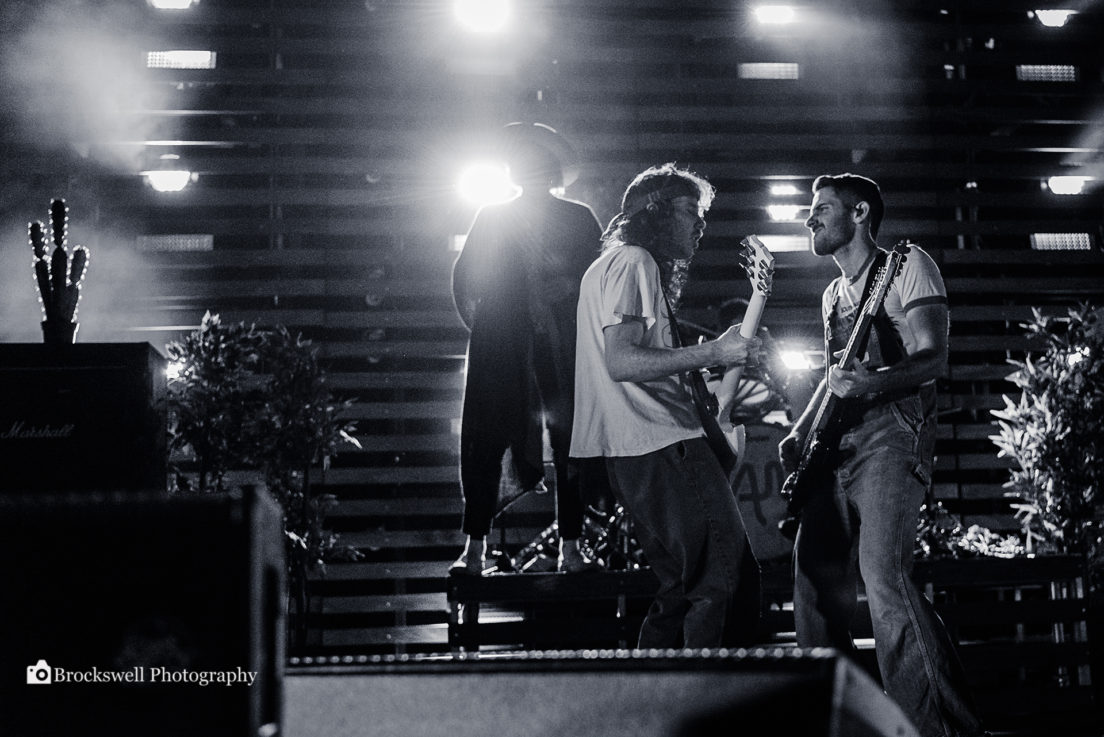 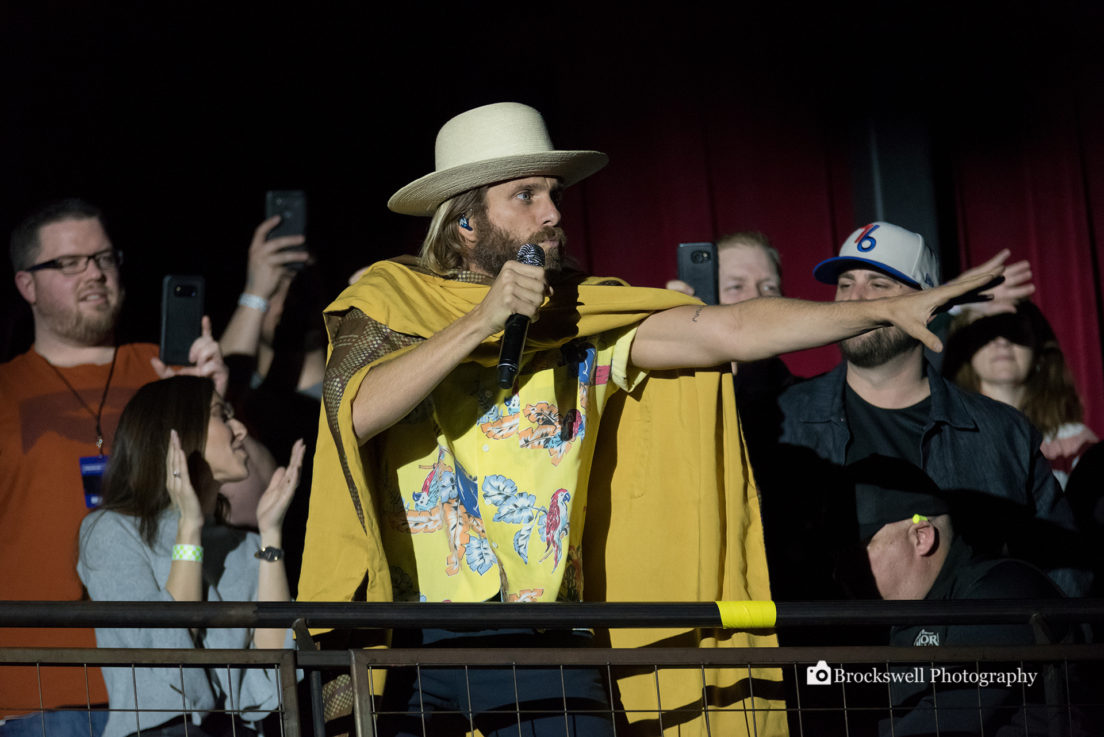 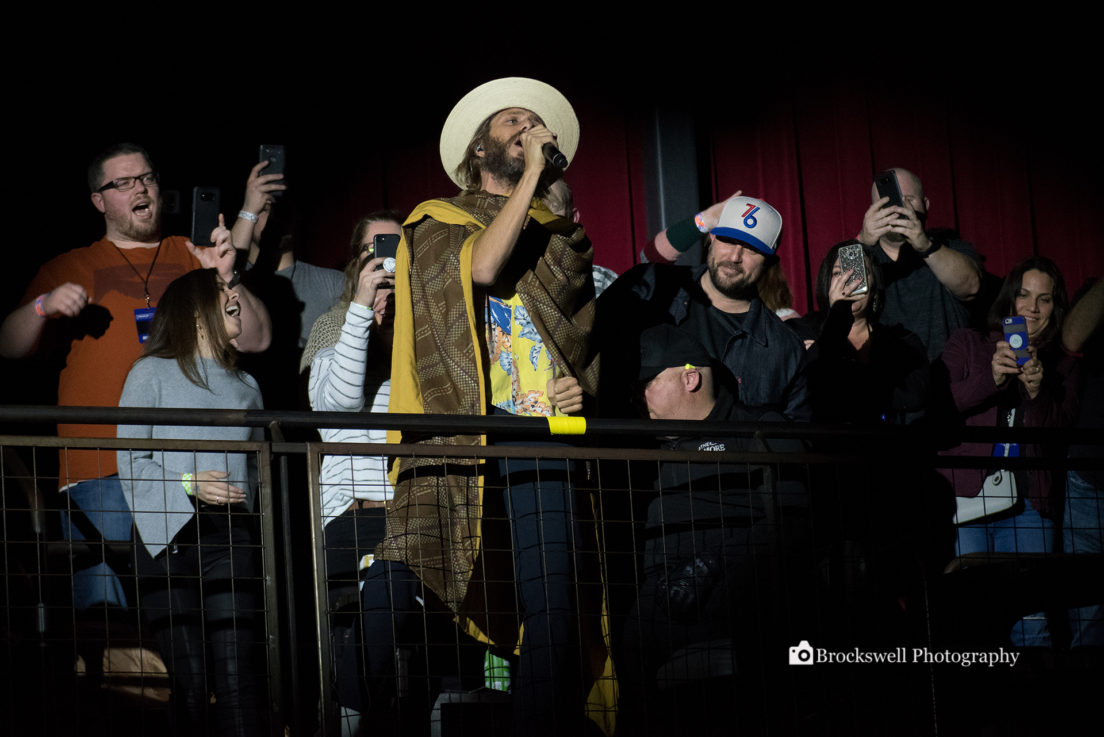 After a brief pause, Nothing But Thieves took the stage.  The English alternative rock band is very popular in Europe, and continues to expand their presence in the United States.  The set included their top hits, “Sorry” and “Amsterdam.”

When the lights dimmed, the crowd squinted to make out shapes on the dark stage, a drum beat started to fill the venue.  “Let’s start the magic” was announced by Aaron Bruno from the side balcony with a single spotlight on him.  It was a very fitting selection as the lyrics provided a preview of the AWOLNATION’s workout ahead. The desert themed stage was filled with various plants and cacti and wooden planks. Outfitted with a cowboy hat and a cape, Aaron ran across the stage like a wild bandit headed for the border.  Aaron danced and contorted himself across the stage with his piercing blue eyes projecting the feelings behind each song.  The set list opened with songs from AWOLNATION’s new release Here Come the Runts including; “Here Come the Runts,” “Seven Sticks of Dynamite,” and “Passion” within the first four songs, which had the crowd jumping the whole time. Aaron included a cool down with a slower version of Kill Your Heroes. This pattern continued throughout the evening leaving the audience in a sweaty bliss.  The encore included Run, Burn It Down, Sail.

The Tour continues to April in The States before going International.