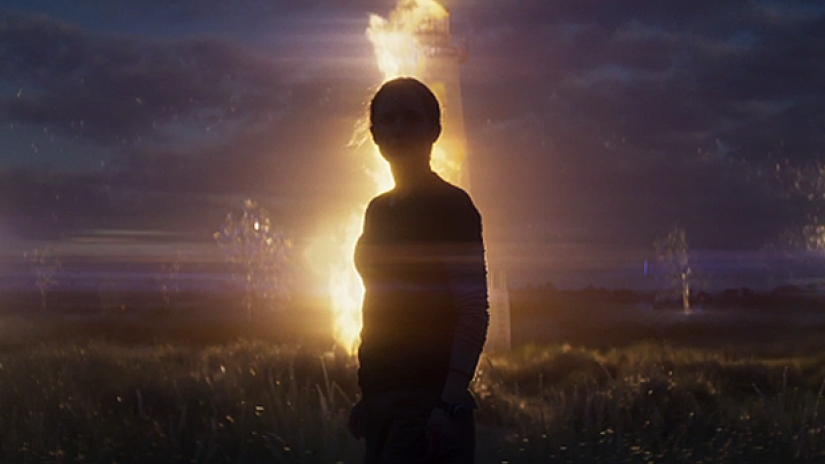 There are theories that someday streaming services will eventually kill off the conventional theater experience and that all movie releases will eventually be direct to streaming. I both dearly hope that never happens, and firmly believe that it will not.

As much as I am not really a social creature, there is no denying the energy and thrill of sitting in a packed audience at the beginning of the third act of a film that has won over every set of eyes and ears in the room. It’s that feeling of being one mind, caught up with a few dozen strangers in the drama and tension of a well crafted story that is always going to be superior to laying at home in your underwear, being able to pause and start over whenever, or just pull out your phone and multitask. There’s just no investment or risk in that experience and good storytelling requires exactly those things.

When it was announced that Alex Garland was going to follow up his fantastic debut Ex Machina with an adaptation of a bestselling novel Annihilation, I waited about an entire hour before breaking down and buying the book. I love science fiction and horror/mysteries, been reading them since I was a kid and I was surprised to find the novel, with all of its 330 pages, to be pretty awful.  In actuality, I hated it. While decently written and plenty intriguing, it has all the depth and reward of a single episode of Lost (i.e. absolutely none at all). When I found out it’s part of a trilogy I had even more contempt for the book. What should have been one decent sci-fi novel was stripped into thirds with no real resolution or explanation for the bizarre events that take place. No real science or psychology is explored, no ideas informed and without any grounding in some established scientific theory, there are really no rules at all. The basic premise turns into: “What would happen if everything were just f’d up?”

So, as promising as the trailer for the film looked, I had some hesitation about it. As much as I love Garland as a writer, he has his missteps (*cough* third act of Sunshine *cough*), but I am happy to report, even hours after walking out of Annihilation … that I am spellbound by this film. It’s perfectly paced, well written, and visually gorgeous, superior to the novel in every recognizable way. In fact, most of the divergences from the book serve the story and characters in such a superior way that it’s possible to actual relate to both, in as much as that is possible in a story this weird.

The cast is about as talented as one could hope for, with Oscar Issac as good as ever and Natalie Portman’s natural onscreen presence enough to ground a pretty unusual story. According to reports, Annihilation was originally slated to be a wide release for Paramount, but when producer Scott Rudin and Garland refused to dumb down or simplify the ending after a bad audience reaction, the whole project was dumped off on Netflix, who will be releasing the film as soon as its brief theatrical run is complete. Whether this was the right decision or not, it’s hard to tell because the ending itself is challenging. In fact, it’s the one and only aspect of the film that I felt was better represented in the climax of the book, but the concept itself would be nearly impossible to represent visually. I won’t go into detail, of course, and even if I did I wouldn’t be able to do either justice, but suffice it to say this is one of those movies that will develop a following and a rash of fan theories, with good reason: there are little details that stick out along the way and will require subsequent viewings to parse out. 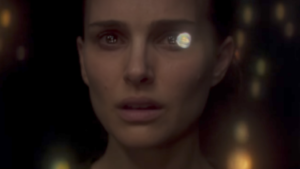 If Annihilation has any real weaknesses, one of them is oddly Jennifer Jason Leigh, who feels strangely inert and distant in a role that requires some presence. Her character in the novel is also better realized as being a sort of unreliable/deceptive leader of the expedition and none of that menace is present in the film. Instead, she often seems to have wandered onto the set after a late night and never really has any of the verve or anxiety the rest of the cast is experiencing. Also, and this isn’t really a fault of Garland’s, the sort of horror tropes of the cast being slowly picked off by unseen beasties devalues the profundity of the story in some ways. Although it successfully has one foot in both worlds, of horror and science fiction, it also makes it difficult to take the extraneous cast as seriously however, all that aside, one of those foes in particular had my skin crawling for the entirety of its visit so kudos for that, art/sound department.

To return to my original point, Annihilation is absolutely a theatrical experience. It will be an entertaining late night indulgence on Netflix in a few weeks, but it is something else entirely on the big screen. It’s the same way I felt about Dunkirk and even Mad Max: Fury Road. For every one of those people I’d met who gave those films a shrug or an ‘it was okay‘ I bet a dollar against a dime that they waited to see it at home on their shitty Wal-Mart brand flat screen, and that’s just not what cinema is about. Not all cinema, anyway. Some of it is perfectly fine to watch at home, but not movies like this. No, not stories that are supposed to engage your entire brain for two hours at a time and, like any real science fiction is supposed to, leaves you a little different afterwards, feeling both a little dumber and a little brighter at the same time. Annihilation is that kind of cinema and it’s well worth the trek out to the theater. Just don’t expect an easy ride.