Louisville, KY — It was a night for theater! Theater and music. No… music and theater! It was an 18+ show with four bands on the bill at the Palace and surprisingly everyone looked well over 30. No matter the age, the gang came prepared to hear some serious goth, nu-metal with their theater.

The pinnacle of the evening was the set from “Hauntedmansioncore” (yes, thats their self-proclaimed genre) purveyors New Years Day and goth metal headliners, In This Moment. Both bands are fronted by singers who are way out front, grabbing the spotlight and rarely letting go. Both women, NYD’s Ash Costello and In This Moment’s Maria Brink are founding members of their respective bands, originating in California in 2005. 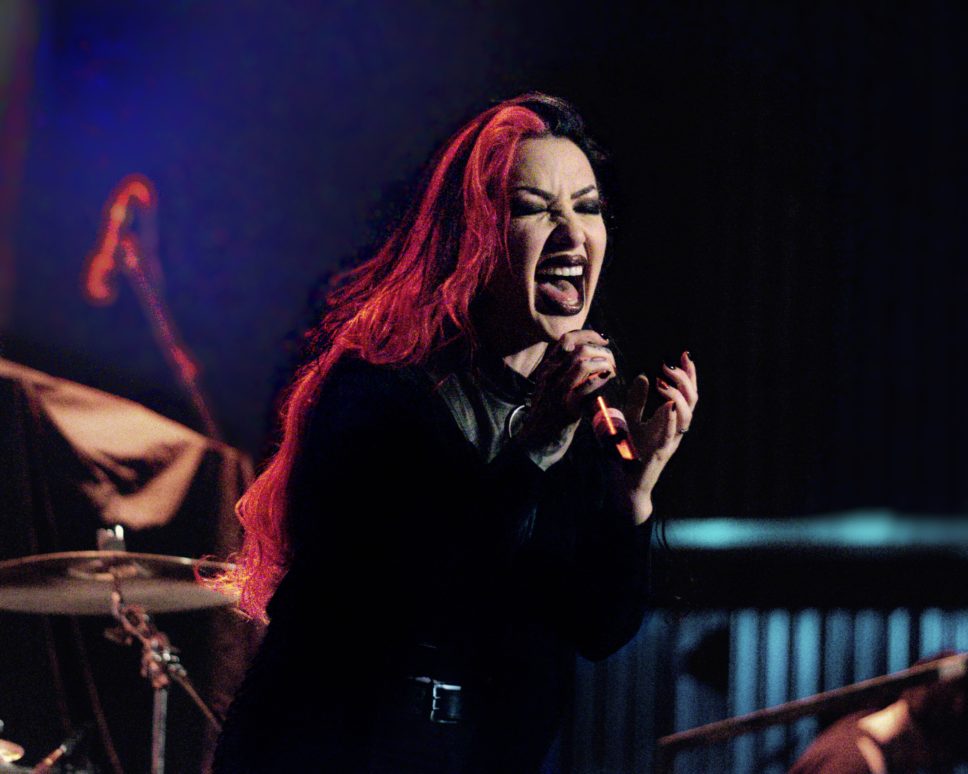 It’s hard to take your eyes off Costello whose rocky relationship lyrics are as prominent as her blazing red mane. The fans’ focus went to iconic guitarist Nikki Misery at least as often.

While In This Moment’s lineup has evolved over the years, vocalist Maria Brink,and guitarist Chris Howorth have anchored the Los Angeles band and set its vision. This vision is most definitely their strong suit. Brink spent most of the evening appearing as a shimmering white mermaid, juxtaposed against her hard, hellish prototypical voice. The perfectly paced set and gothic staging followed some of their best-known videos and songs like, “Roots,” “Adrenalize,” and the crowning exploit, “Whore.”

Future dates for In This Moment’s “Witching Hour Tour,” may be found at inthismomentofficial.com.