Chicago, IL – Hidden in the heart of Wicker Park is a music venue that is as much a staple to the city as the Chicago Cubs. Subterranean, the hundred-plus-year-old building is unassuming in an area that is becoming anything but.

Tonight’s show was promised to be “one of the weirdest shows you will ever see”…  The night’s opener was Galactic Empire, a Star Wars themed band that only performs classic pieces from the soundtrack of the Star Wars films written by John Williams. But they don’t just play soundtrack songs… They play soundtrack songs in a heavy metal format completely decked out as Star Wars characters. Shredding guitars to the sounds of Star Wars. The crowd is a mix of metalheads, Star Wars fans, and curious observers. It’s the kind of show that even if you have no interest in the aforementioned, you will probably still have a great time. 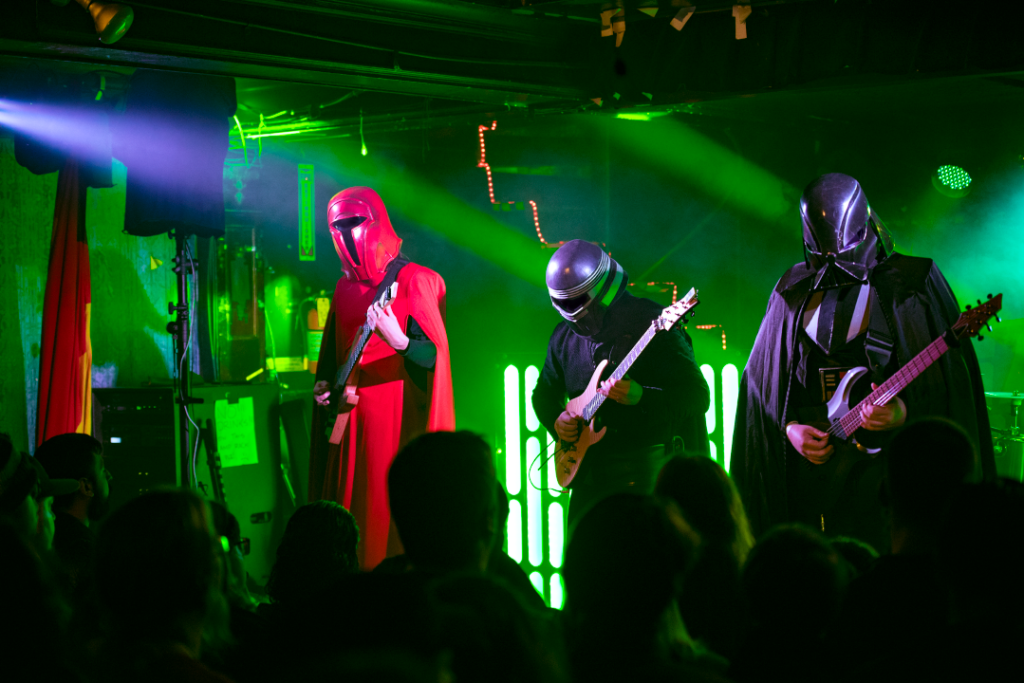 Headlining the night’s event was Mac Sabbath, a Drive-thru Metal band that consists of Ronald Osborne. Slayer Mac Cheeze, Grimalice, and the Cat Burglar. If you haven’t guessed by now, this is a Black Sabbath parody band — but not your typical parody band. They aren’t horribly butchering the songs of Black Sabbath. Instead, they are playing Black Sabbath riffs with fast food based lyrics such as, “Drink a coke and supersize your order and get extra fries happiness your child will feel while he eats his happy meal.” With song titles like “Frying Pan” (Iron Man), “Sweet Beef” (Sweet Leaf), and “Never Say Diet” (Never Say Die) you know that you are in for some awesome oddly formatted fun. 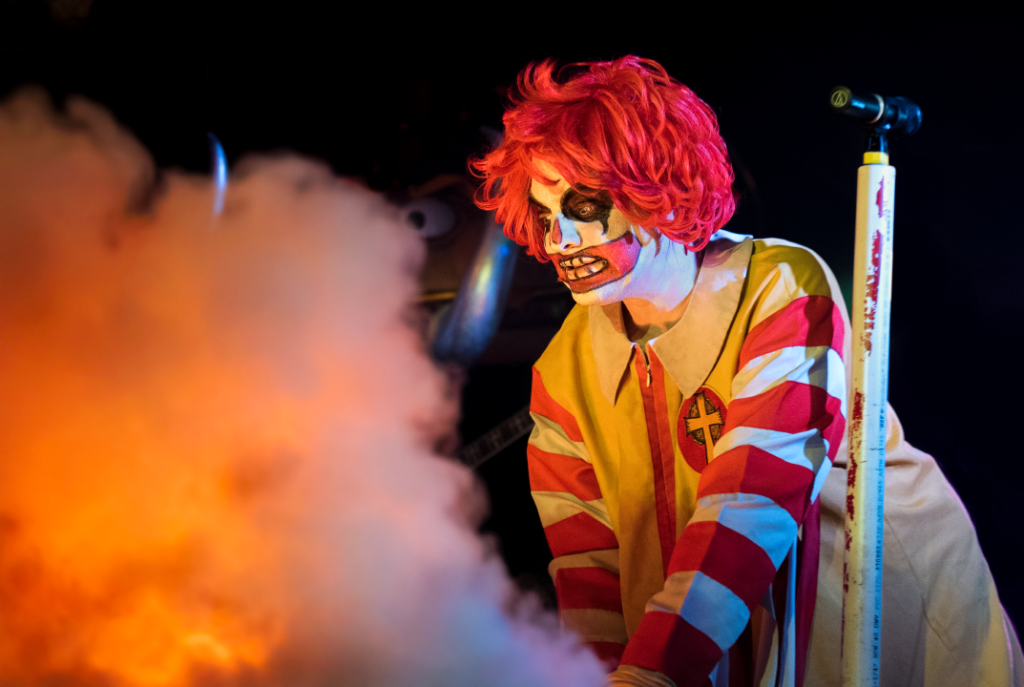 The band’s members all resemble characters from, of all places, McDonald’s. Adding to the atmosphere and continuing with the theme, there was a certain hanging clowns head that had lasers beams shooting out of his eyes. If you’re old enough to remember when the burger chain did kids parties, then you might remember that they used to fill balloons out of the exact same clowns head. As if that wasn’t enough there was also a smoking grill on stage that Ronald would occasionally go over to clang them with spatulas to the beat of the song. Just in case you are wanting more… Well, Mac Sabbath has it. Sporadically throughout the show, Ronald would grab ketchup and mustard bottles (filled with what one can only assume was water) and spray them in his mouth and on the crowd.

The entire night seemed like an extremely long strange acid trip. (One that I would highly recommend!) The sheer theatrics alone is worth the ticket. Plus, you will never look at fast food the same way again. Mac Sabbath continues its tour with Galactic Empire through March 12 and then continues solo until June 16. So hurry because your chance to catch “one of the weirdest shows you will ever see” is quickly heading into a galaxy far far away.

You can find out more about both bands at their respective sites Galactic Empire https://www.facebook.com/galacticempireofficial/ Mac Sabbath http://www.officialmacsabbath.com 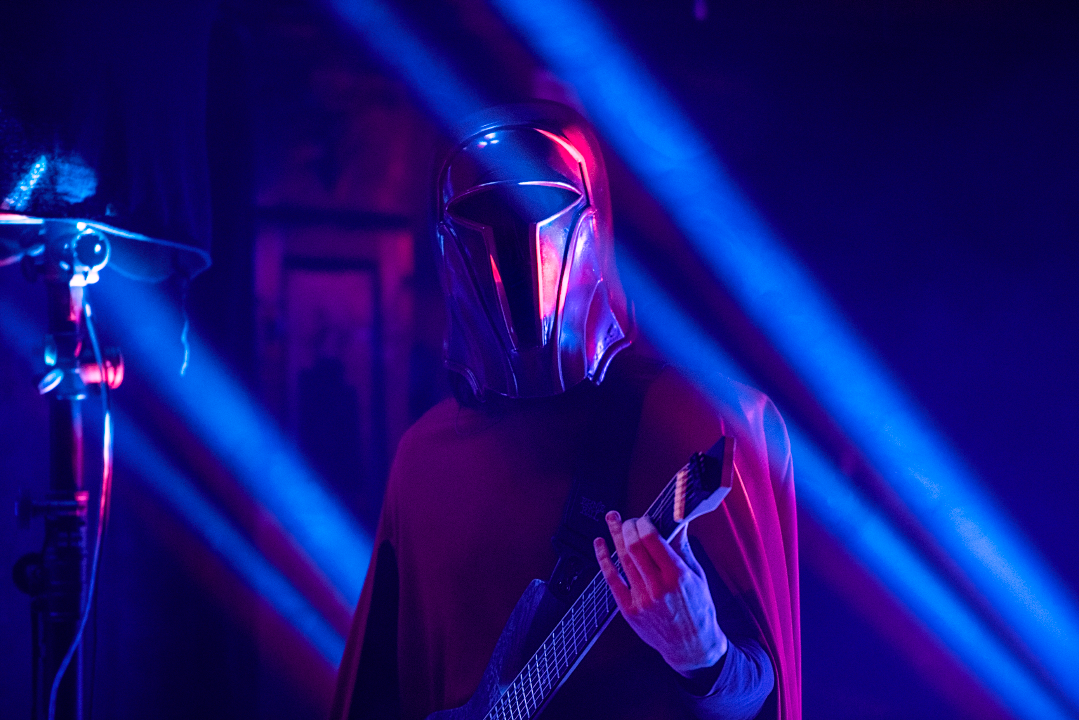 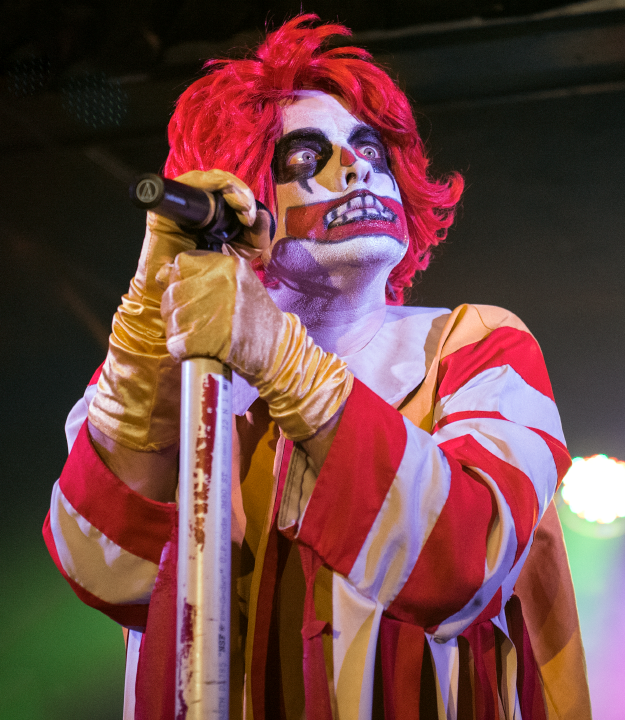 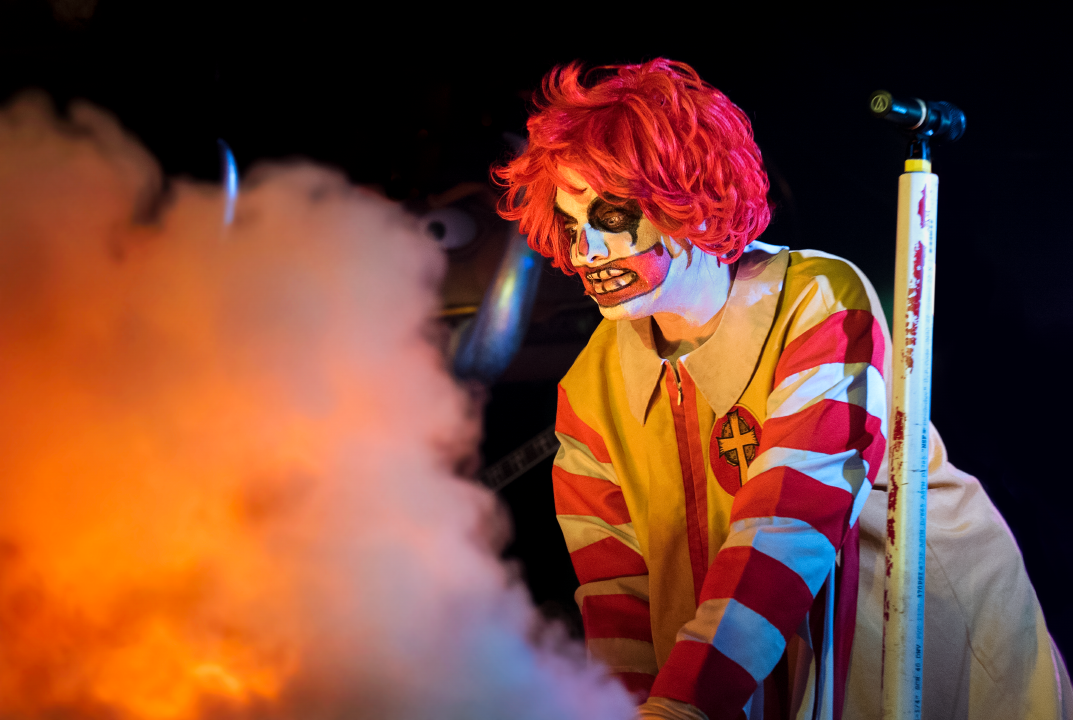 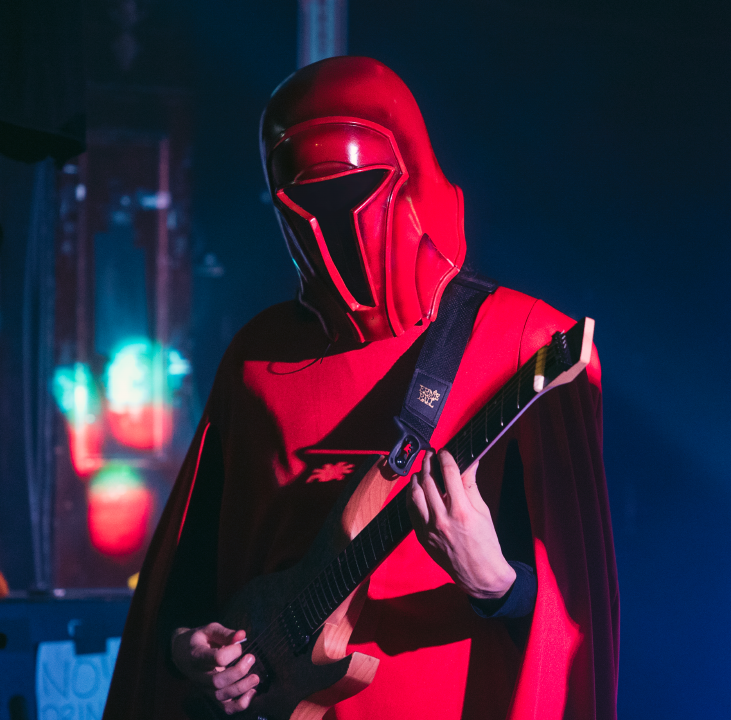 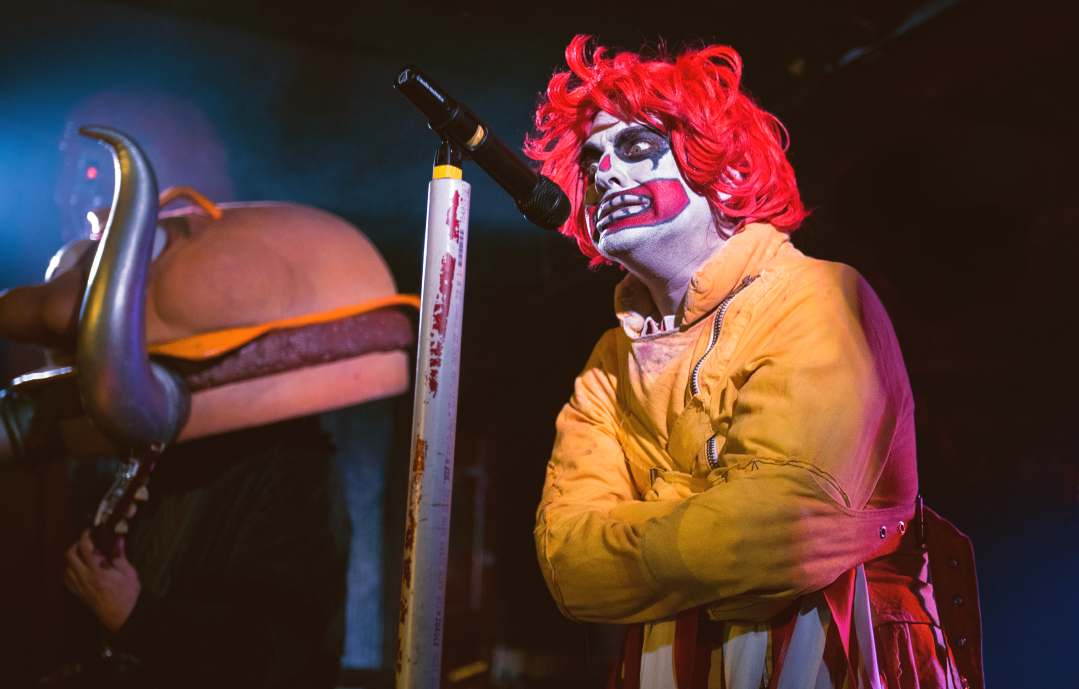 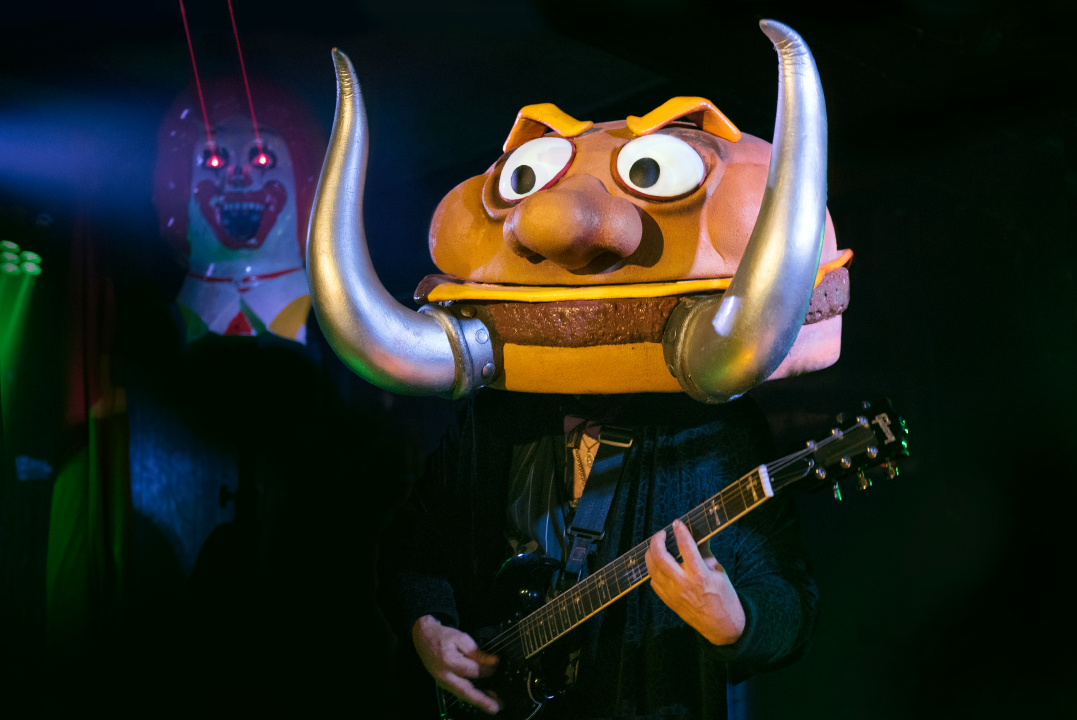 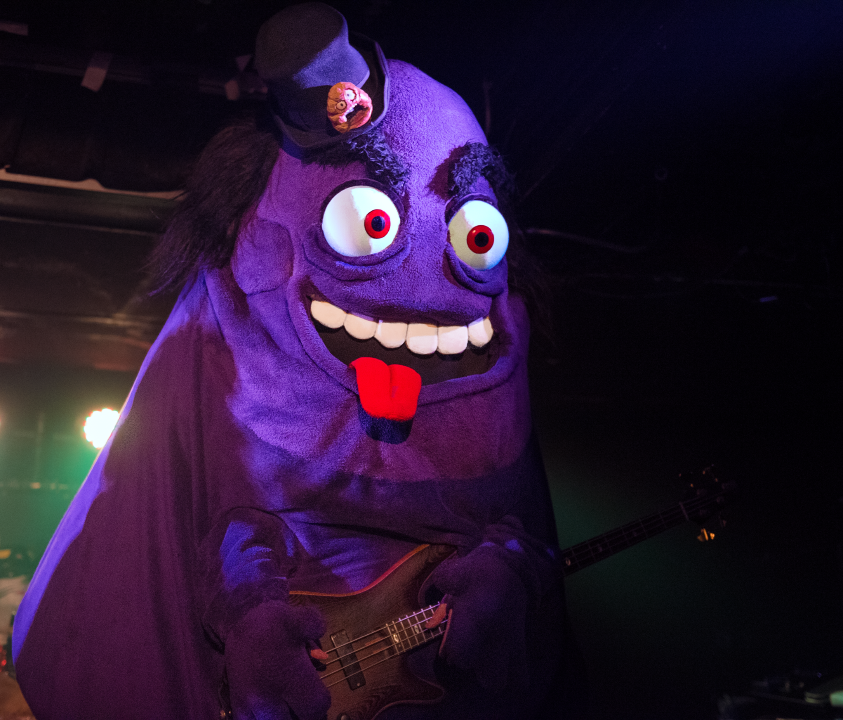 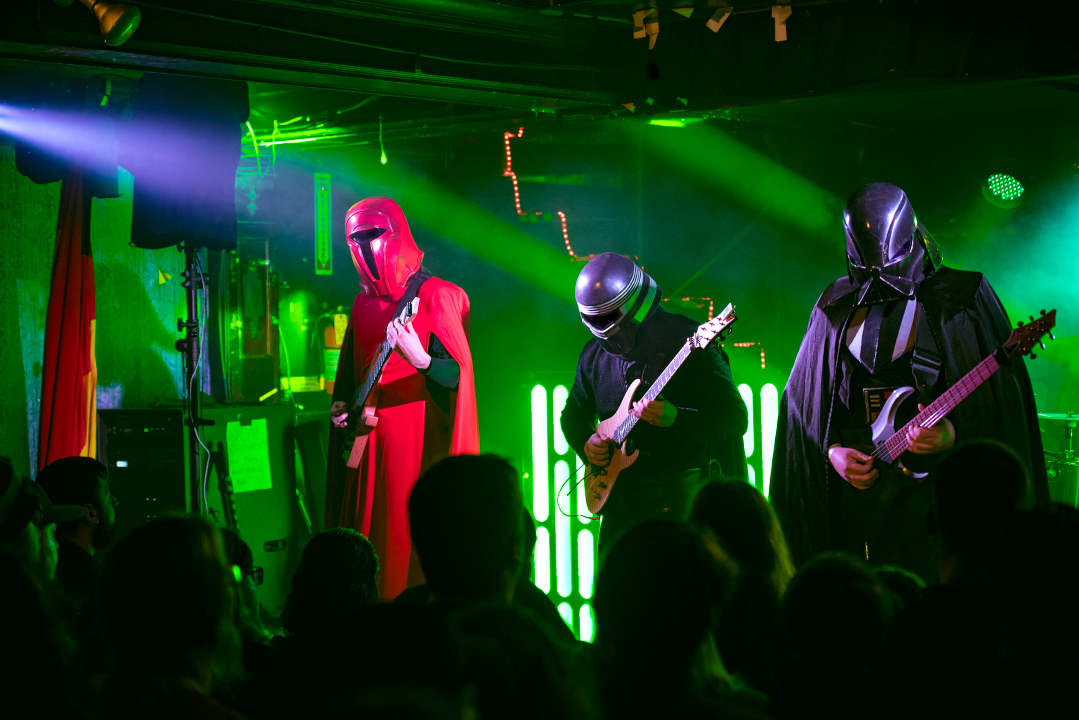 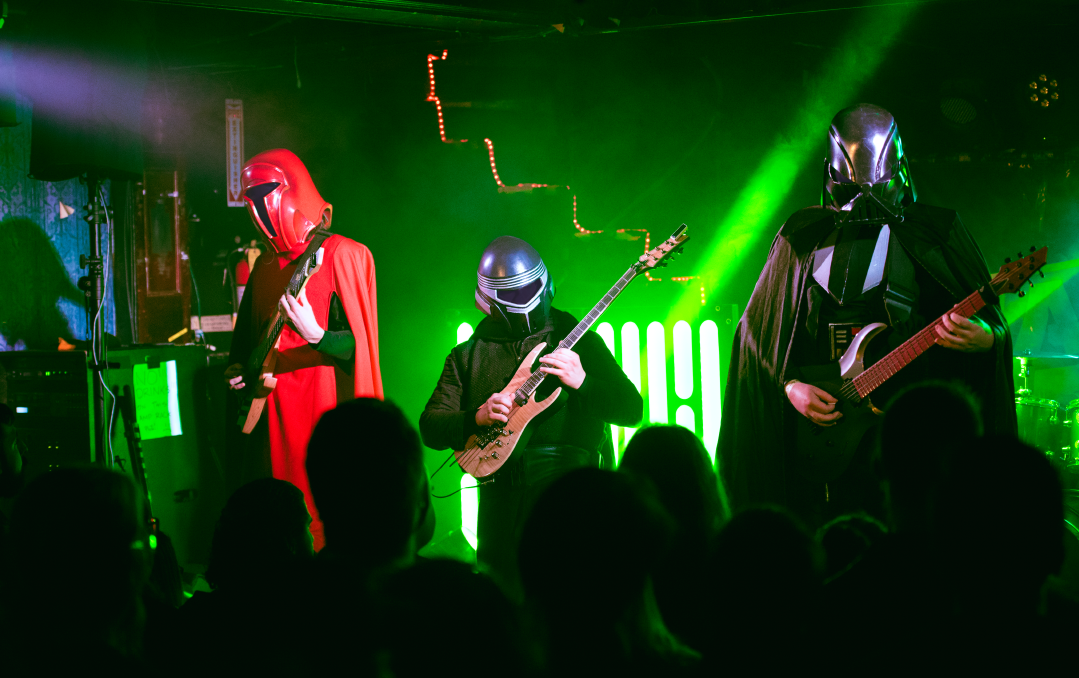