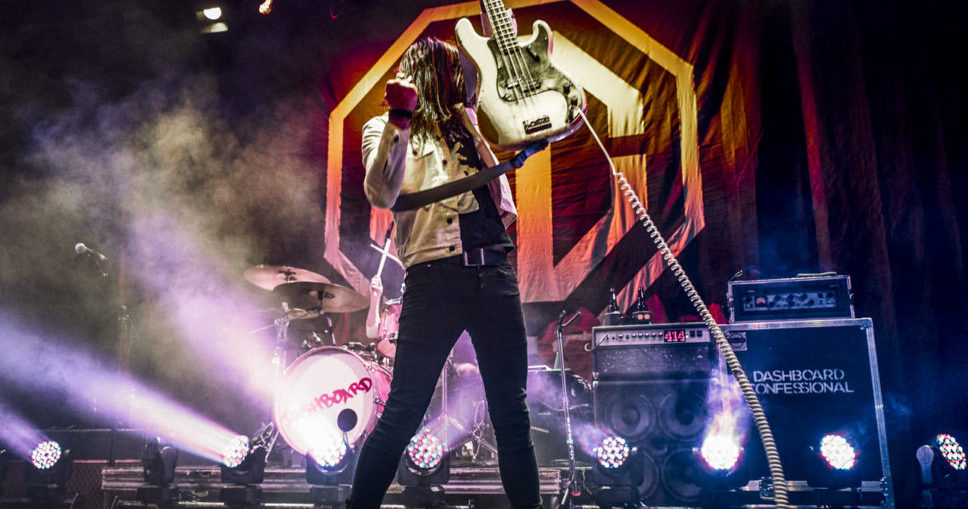 Ottawa, Ontario – For their first time in Ottawa as Dashboard Confessional (Chris Carrabba had been here with his other project, Twin Forks), the band treated a packed venue to a nostalgic affair, supported by Gabrielle Shonk and The Elwins.

Prior to the show, the atmosphere needed to be set, so concertgoers were allowed to enjoy a few cocktails at the bar. However, eager to see a band back from an 8-year hiatus, many fans began to line up as soon as possible, creating large lines at the door.

Up first for the evening was Québécois singer-songwriter Gabrielle Shonk, who was a perfect choice to open the evening’s festivities. Her blending of different genres pulling from bluegrass, jazz, and indie-folk made her a standout performance. This was enhanced by her ability to not only treat fans to English songs but indulge those native French speakers in the crowd to a song as well. Shonk and her band were a groovy opener that got the crowd moving and shaking.

Following Shonk, were the energetic rockers known as The Elwins. The band was a force to be reckoned with as they moved around the stage, never content to stand still. Vocalist Matthew Sweeny was so excited to be back in Ottawa that he came down onto the barricades and got close with those at the front, and led the crowd into a group sing along. The band displayed impressive stage presence not only in their energy, but also in their antics. Sweeny, bassist Frankie Figliomeni, and guitarist Feurd switched instruments for different songs, showcasing their diverse sets of talents.

When it was time for Dashboard Confessional to take to the stage, the atmosphere in the venue changed. Fans were instantly filled with anticipation and ready to reminisce with a band that had left a visible impact on their younger lives. For their first song, Chris Carrabba came out on his own, leading the crowd in an acoustic performance of “The Best Deceptions.” Following that, the rest of the band joined him and they treated fans to a trip through a collection of their memorable work. Each song evoked nostalgia, but the band also included a select set of songs from their most recent release Crooked Shadows. Overall, the night was an excellent and memorable one, and it is highly recommended you catch them on tour!