Lexington, KY – Outside Manchester Music Hall, the queue of concert-goers stretched double-wide for more than a block, and the doors had already been open for 30 minutes.  Faithful fans were eager to see Motionless In White and openers Ice Nine Kills, Like Moths to Flames and Every Time I Die.  The venue, located in the Brewery District across from Rupp Arena, was filling quickly. Thankfully, the elevated stage at the end of the long concert hall offered fans even at the back to see the performers clearly.

Ice Nine Kills did not perform that night, as drummer Conor Sullivan was hospitalized for an undisclosed illness – according to his Instagram, he has now recovered and is back on tour.  Well wishes were offered by each band, starting with Like Moths To Flames, a Columbus OH band, followed by Every Time I Die, hailing from Buffalo NY.  Both bands are metal/hardcore (although Every Time I Die demonstrates distinct Southern rock influences) and featured growling vocals and plenty of on-stage movement, with lead singers Chris Roetter (LMTF) and Keith Buckley (ETID) pacing like caged animals, moving from one side of the stage to the other and back again.

The audience was well-prepped for Motionless In White’s performance.  In line with their Graveyard Shift North American Tour, the stage was stocked with appropriate imagery – skeletons, Halloween-style pumpkins, rickety picket fences, dried and faded roses, etc.  When the band came on-stage, the roar was palpable.

There is a dark pageantry to Motionless In White that elevates them from other bands in their genre.  Whether it’s the elaborate costuming and makeup of bassist Devin “Ghost” Sola, reminiscent of a deadly silent movie villain, or the dramatic makeup and sheer presence of lead singer Chris “Motionless” Cirulli, the band delivers a theatrical performance with lyrical, musical and visual richness. While some metalcore and gothmetal bands rely heavily on savage vocals and pounding scores, Motionless In White combines complicated lyrics with a sound that is certainly powerful, but also has a beat that you can pump your fist to, shout to, or dance to… It’s simply amazing.

Chris worked the crowd expertly, showing appreciation for the fans.  He commented that this was the band’s first headlining performance in Kentucky, and marveled at the heavy and enthusiastic turnout.  They have previously performed at Louder Than Life, a heavy metal and rock festival held in Louisville each fall, and have garnered quite a devoted following.

Along with their new songs, the band intermixed old favorites.  Ice Nine Kills’ Spencer Charnas joined the band onstage for “Abigail,” and the crowd sang along to “A-M-E-R-I-C-A,” a satirical take on life in America.

The Graveyard Shift Tour continues across North America through March, in Canada beginning March 17 and then returning stateside March 23.  They will hit the summer music festival circuit beginning in June and will appear in Vans Warped Tour stops from late June into early August.  Check out their tour schedule at www.motionlessinwhite.net/tour. 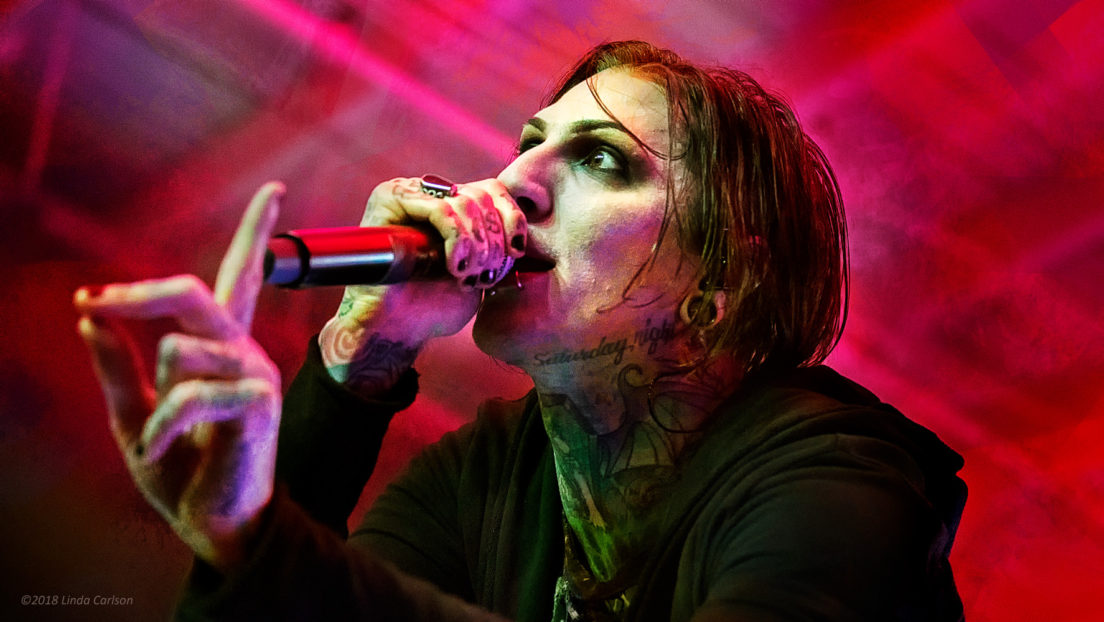 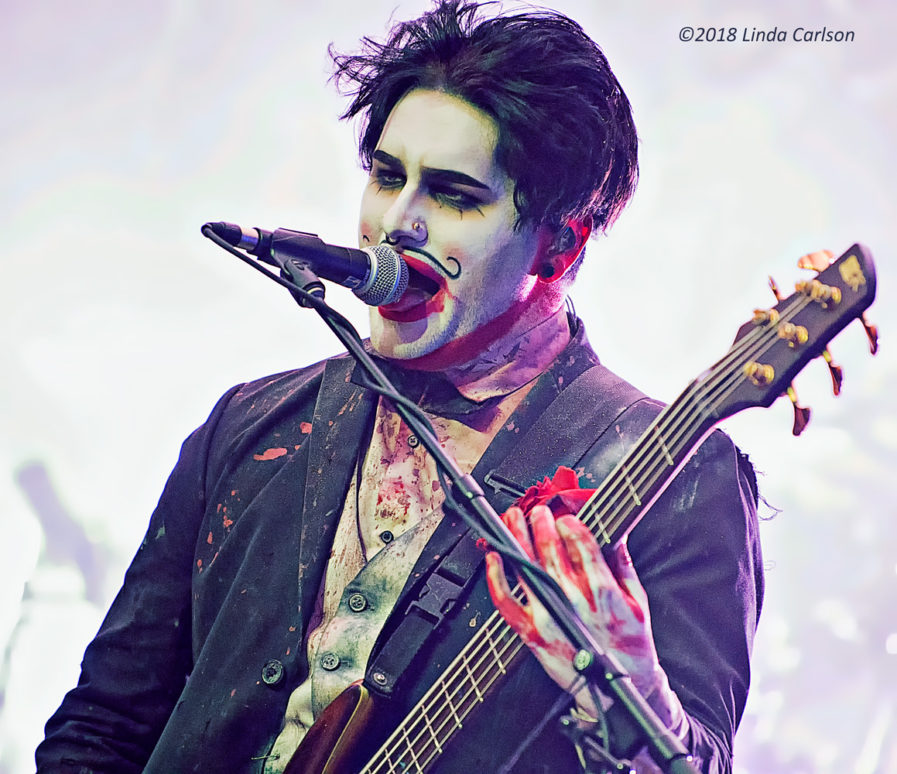 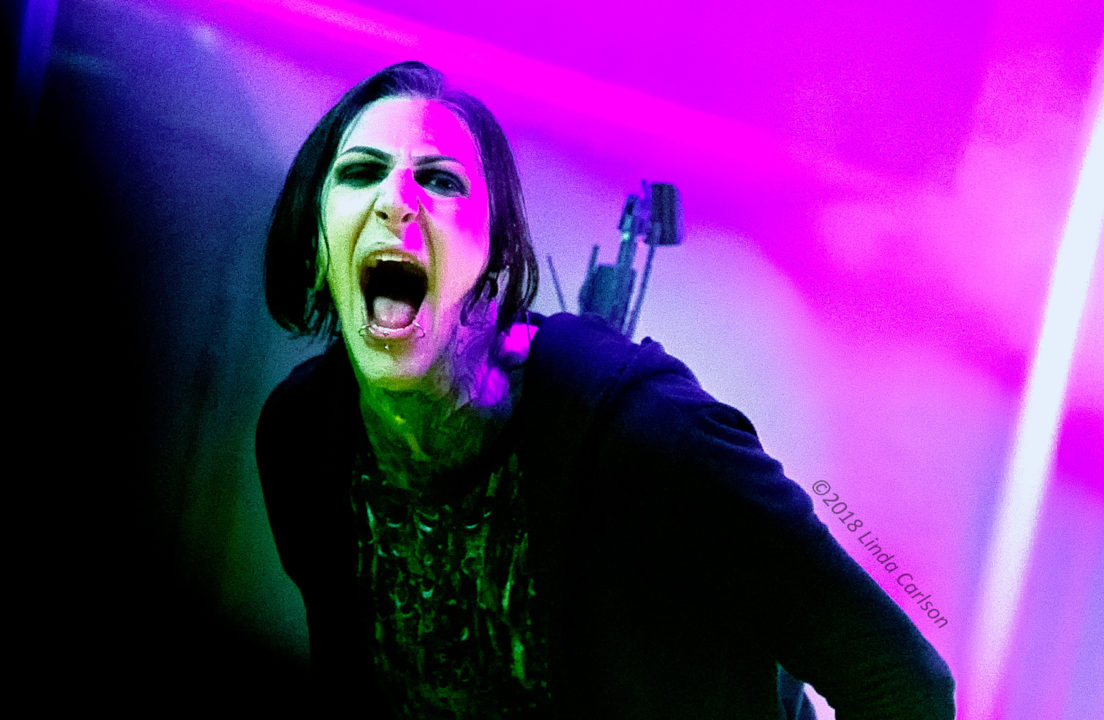 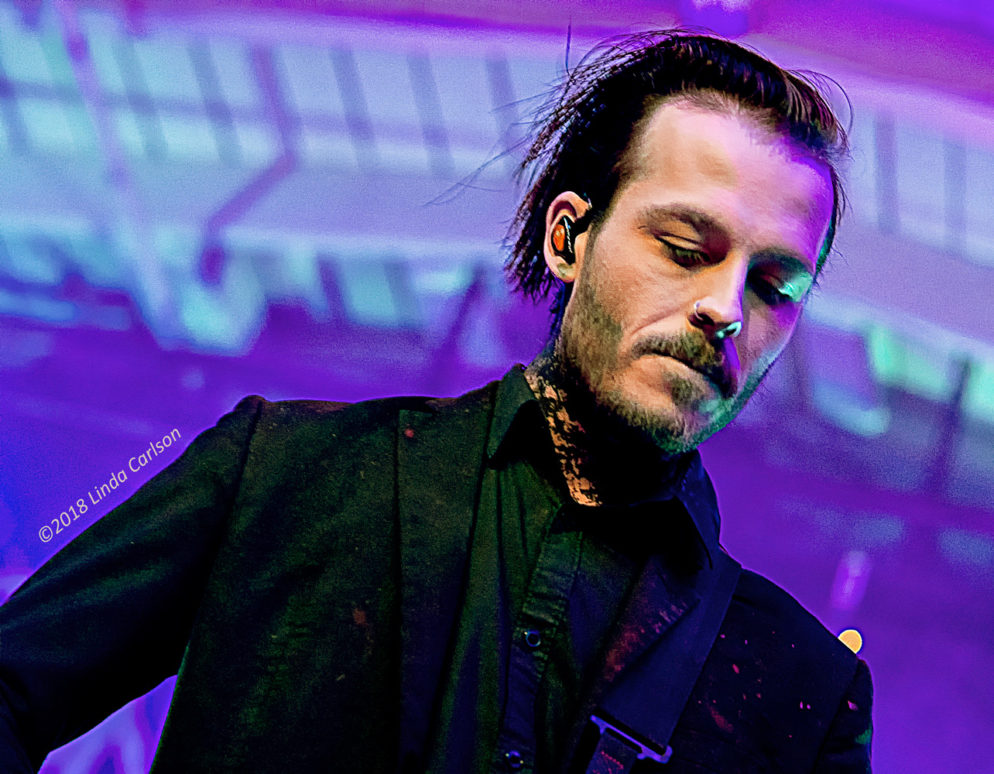 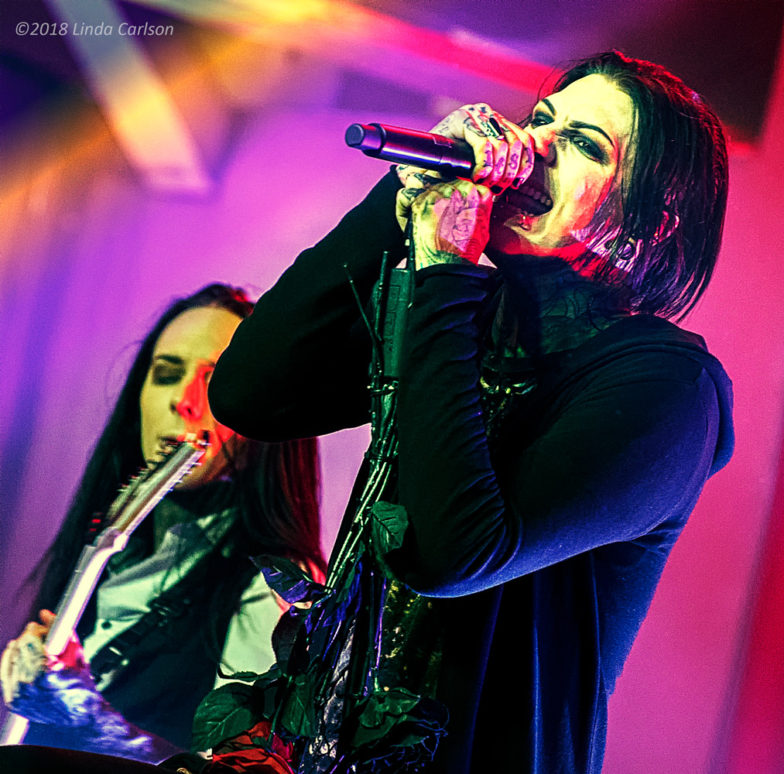 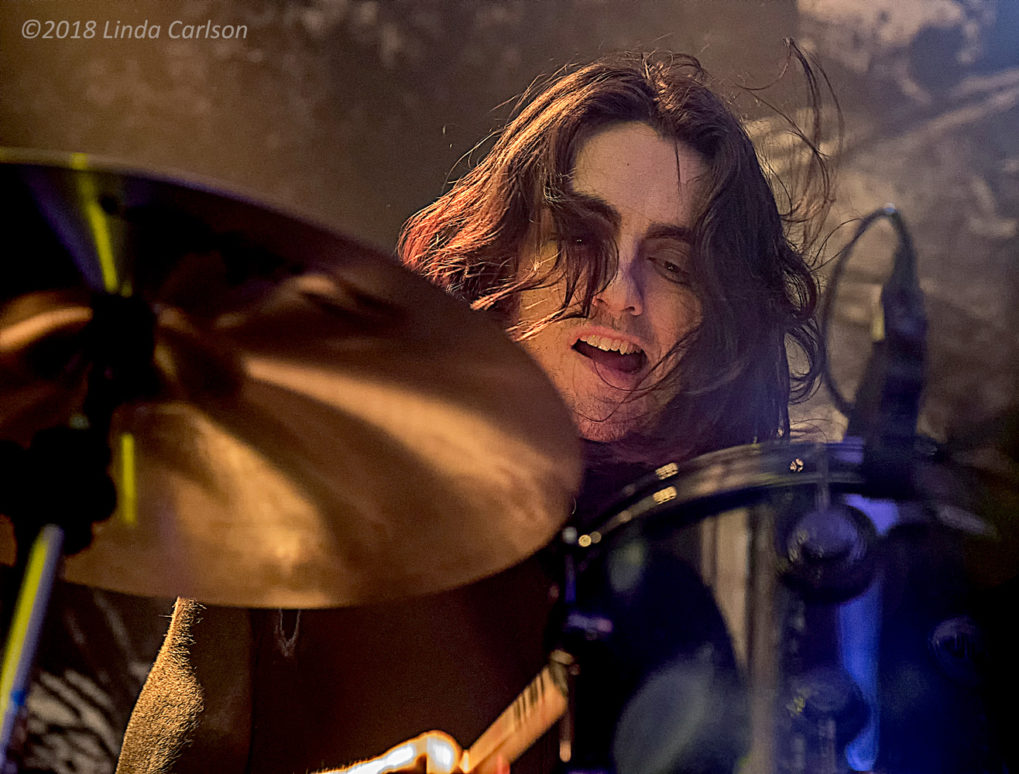 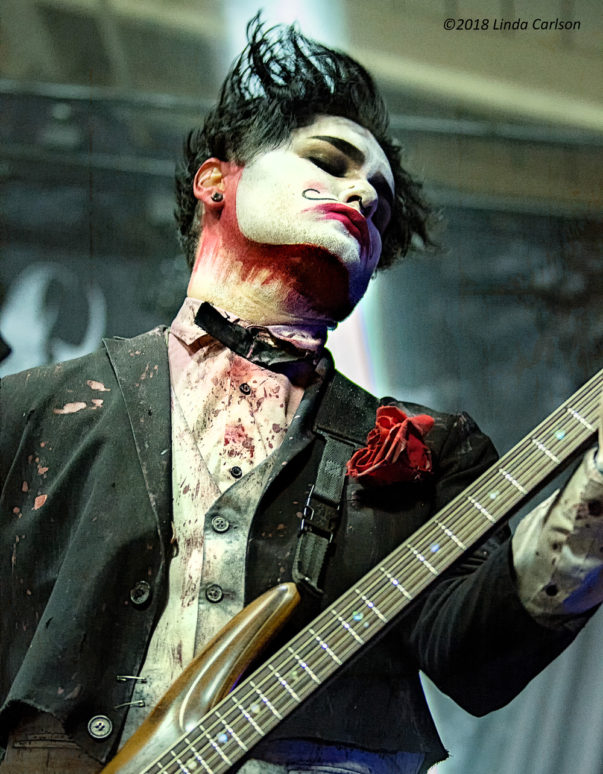 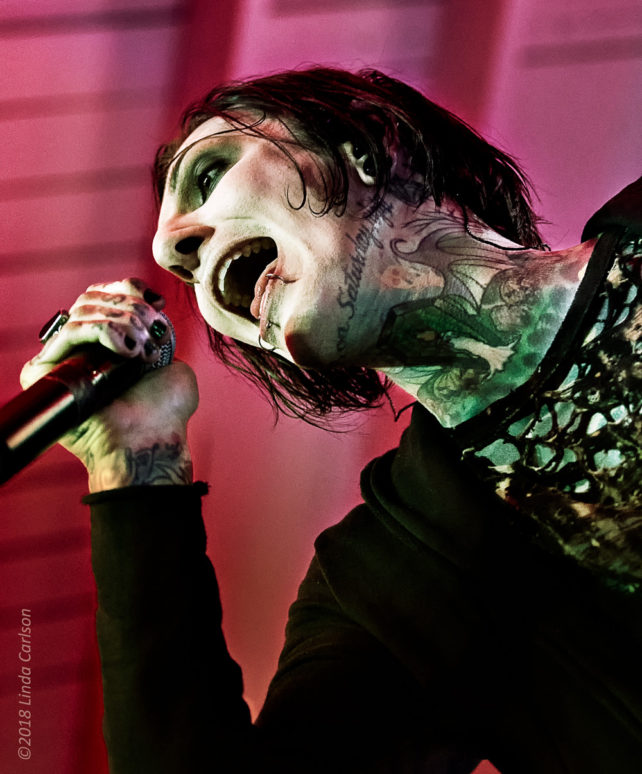 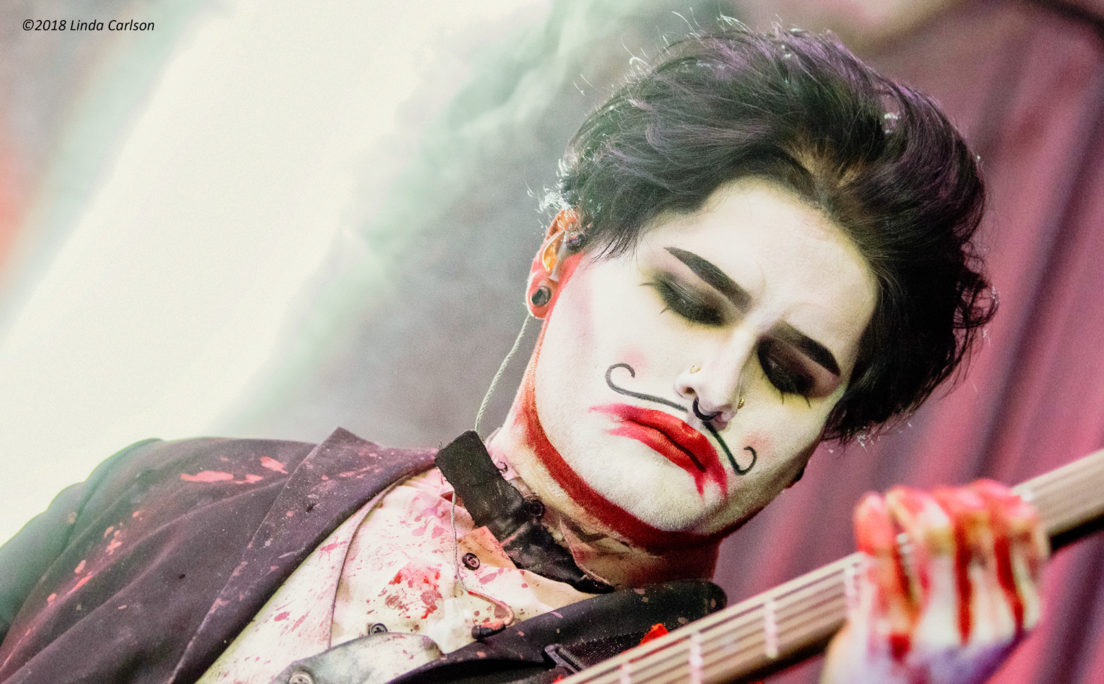 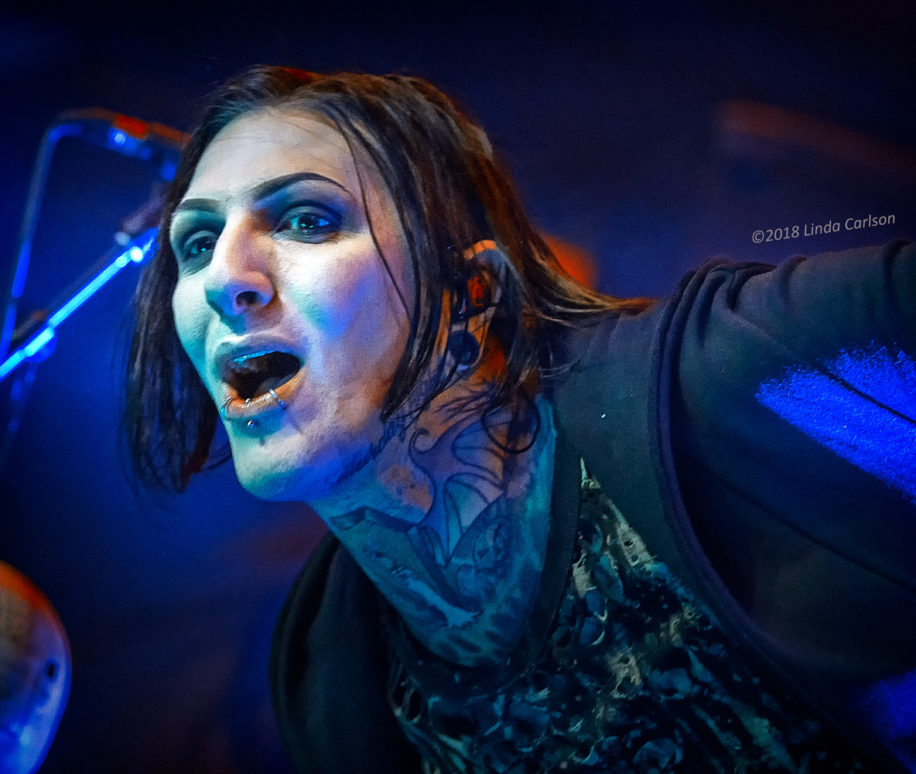 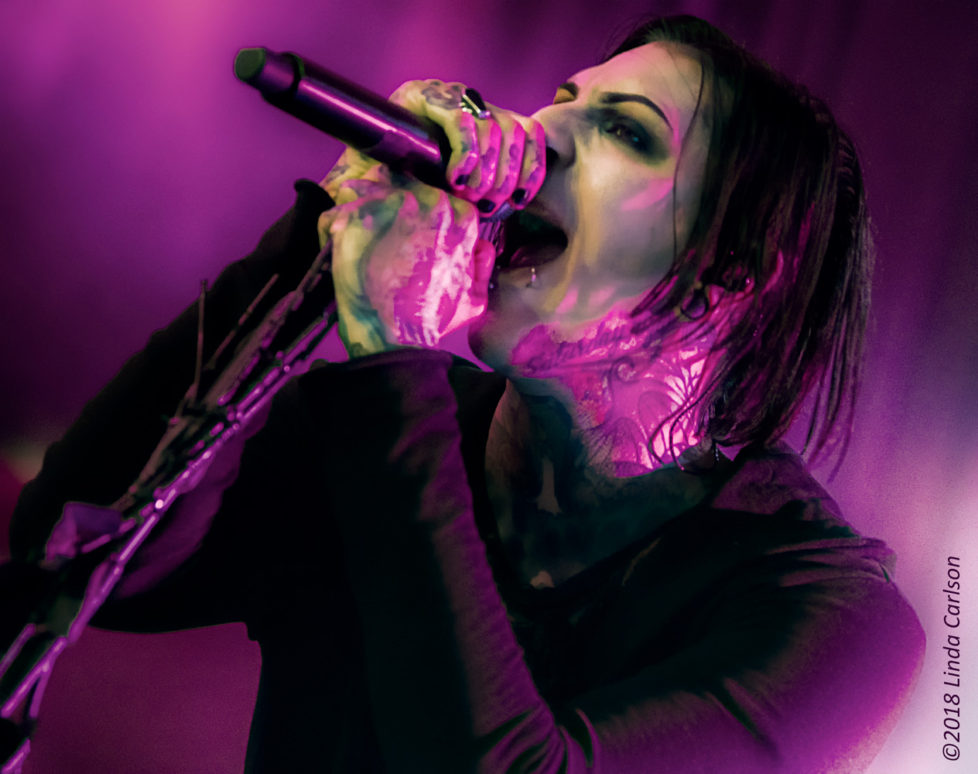 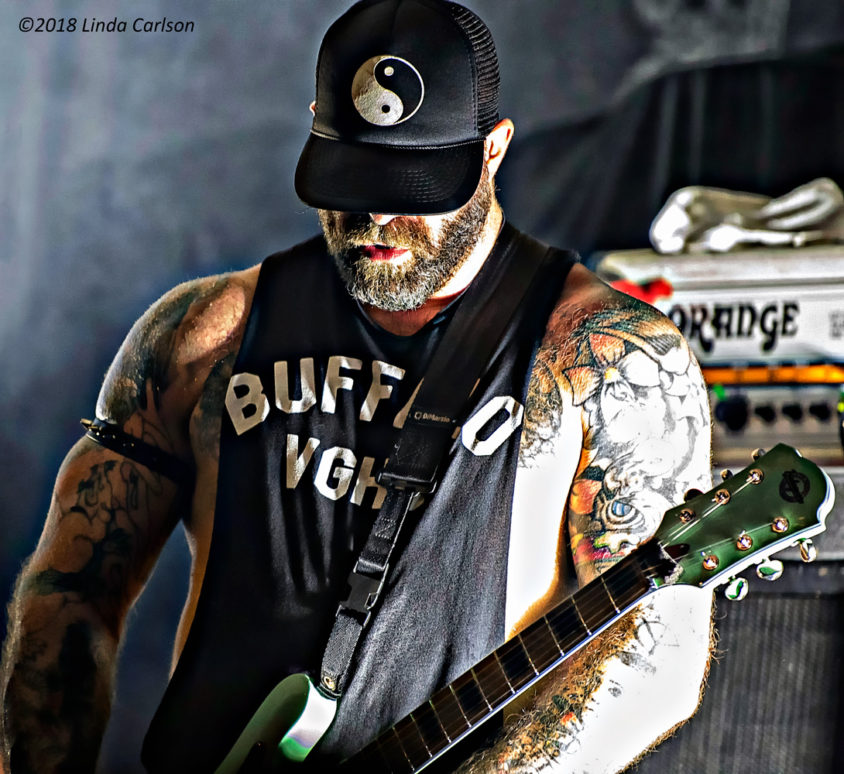 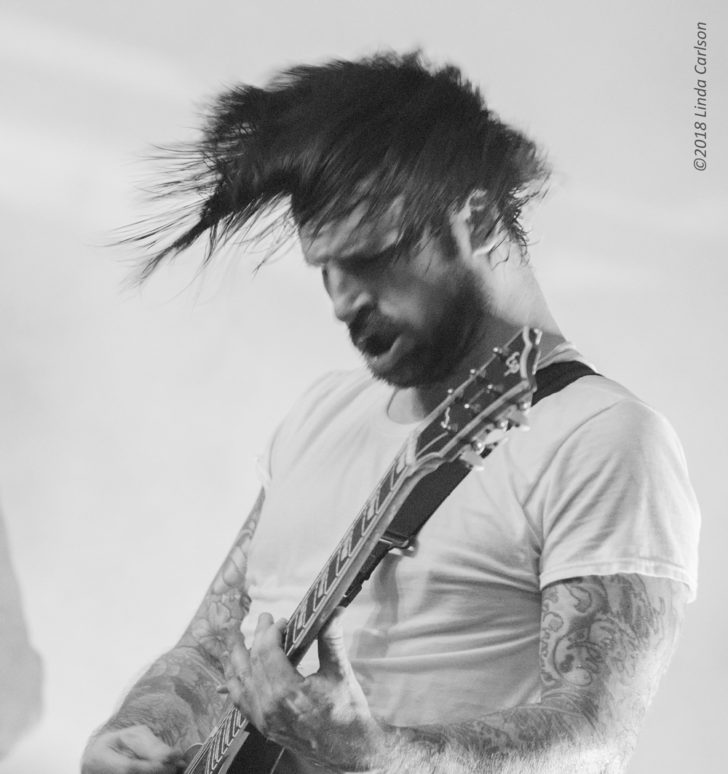 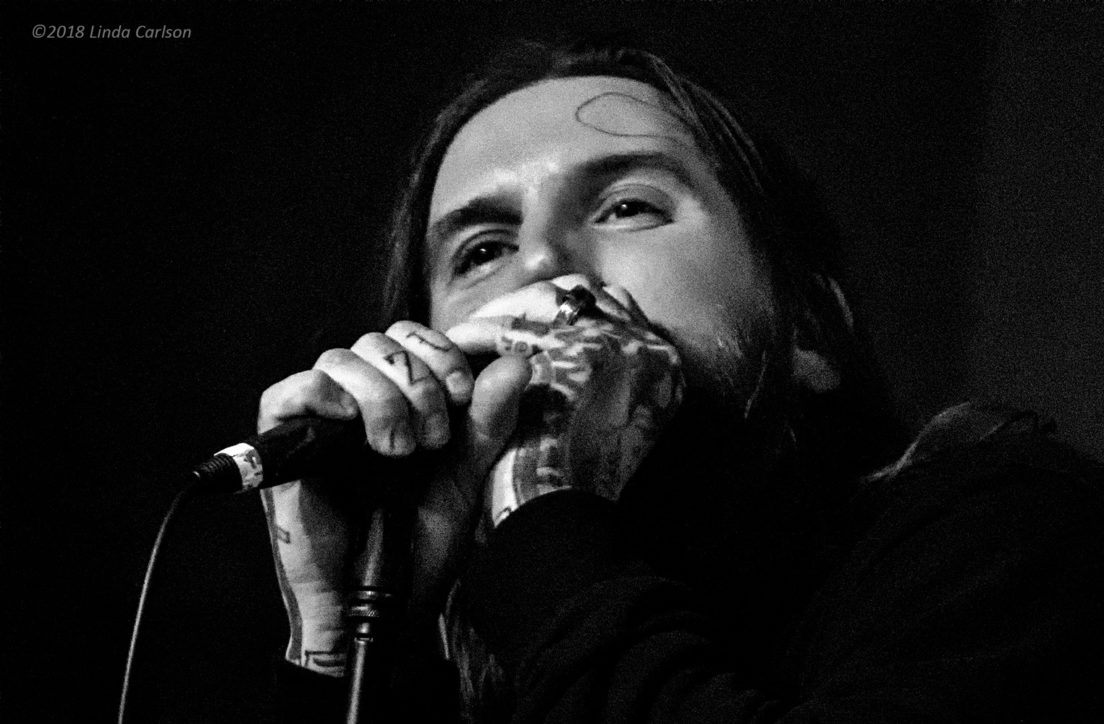 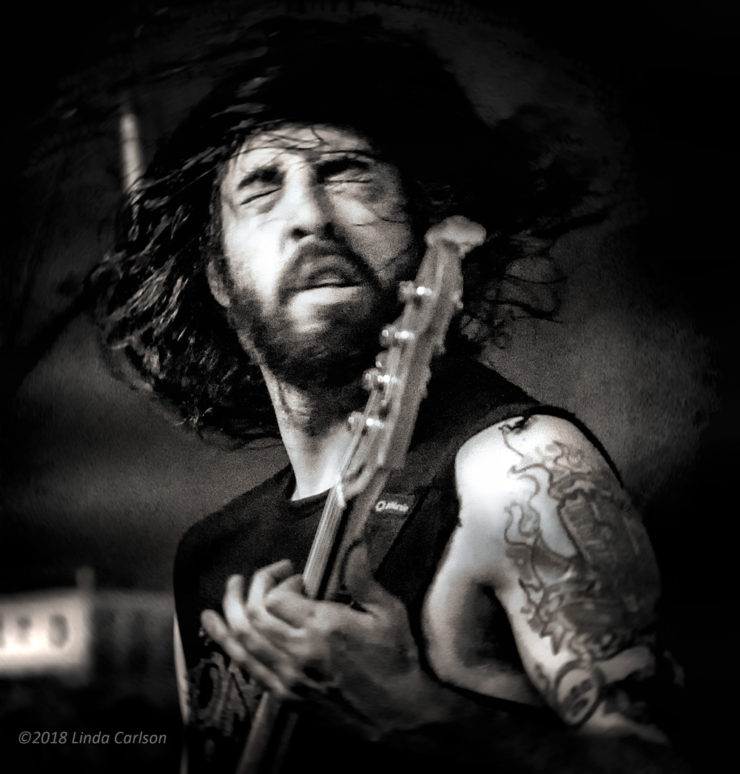 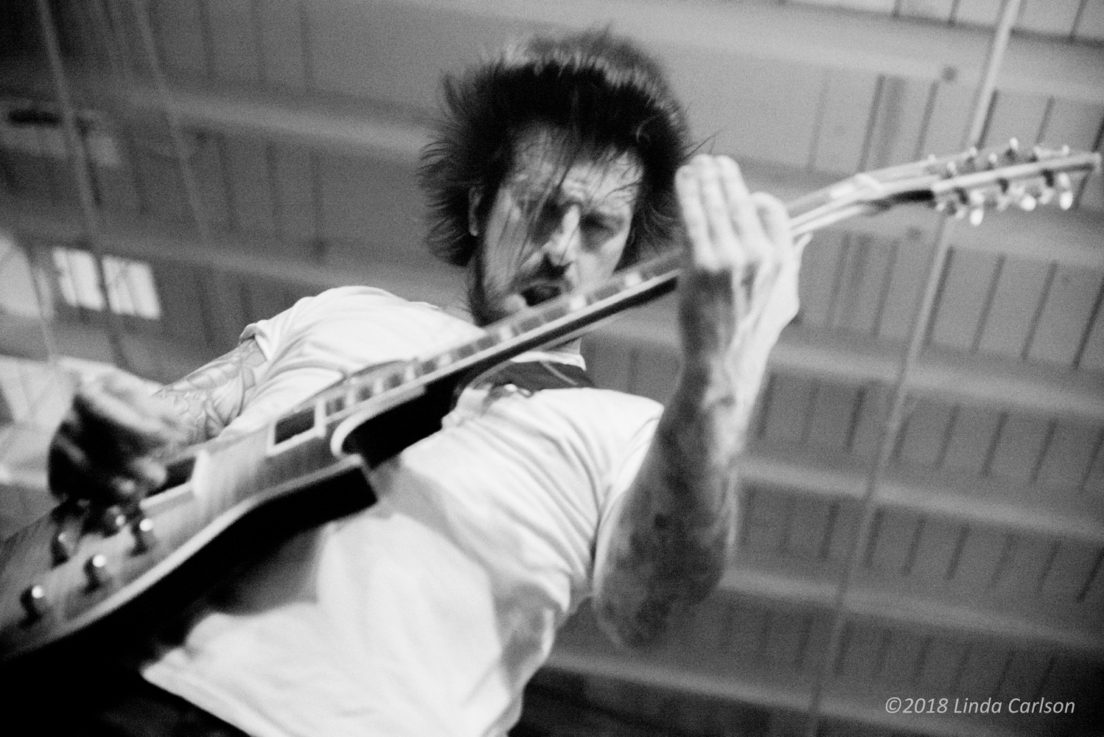 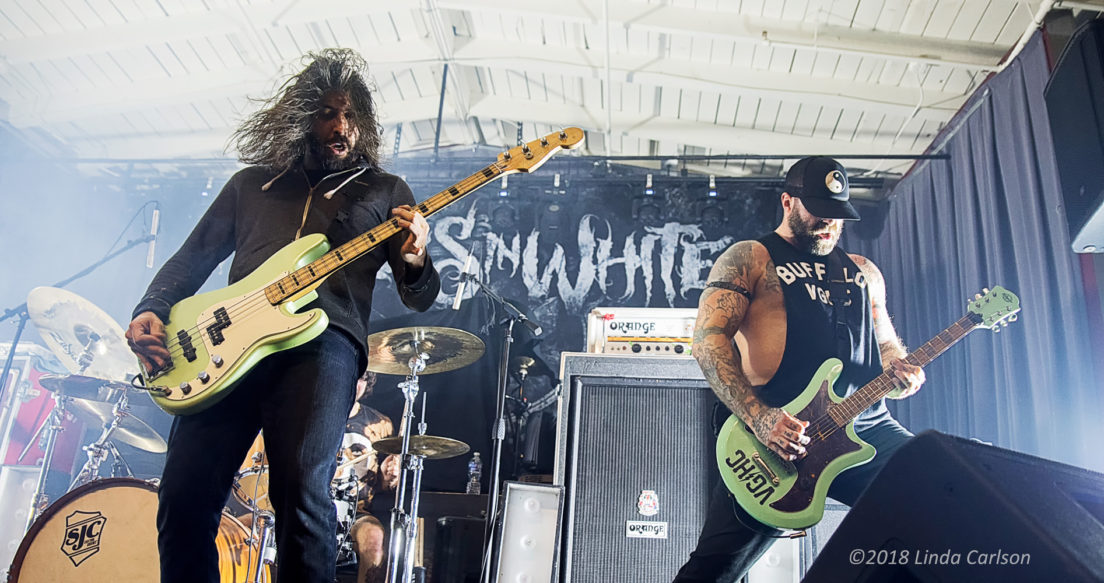 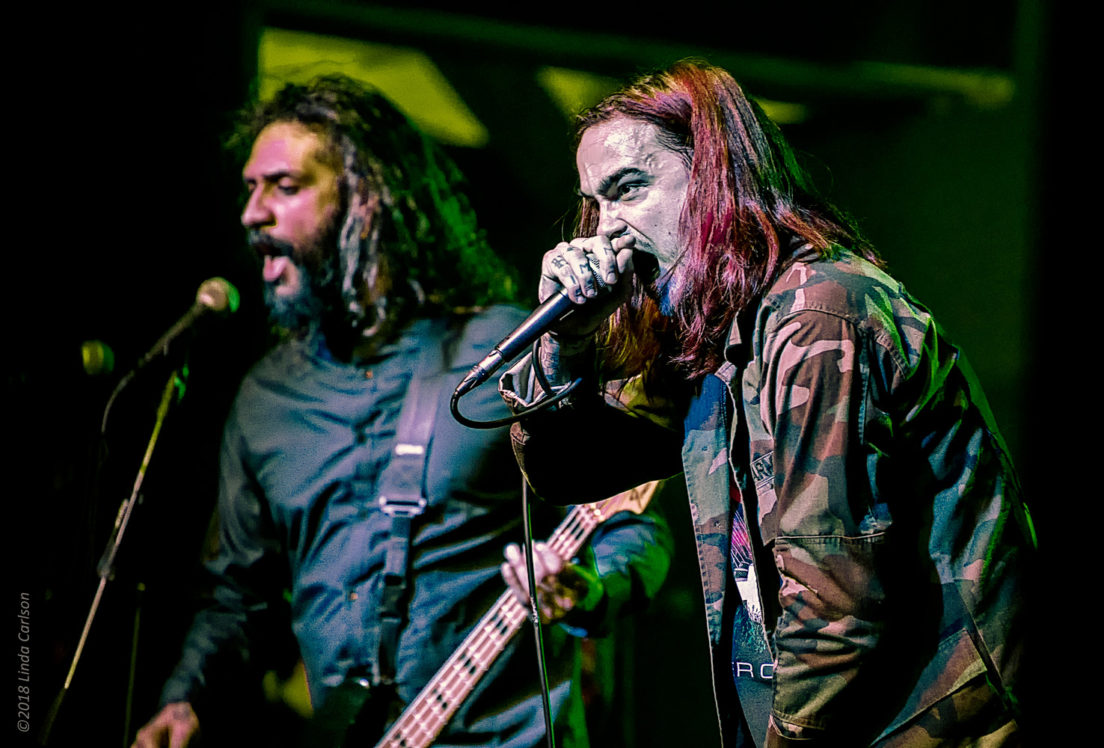 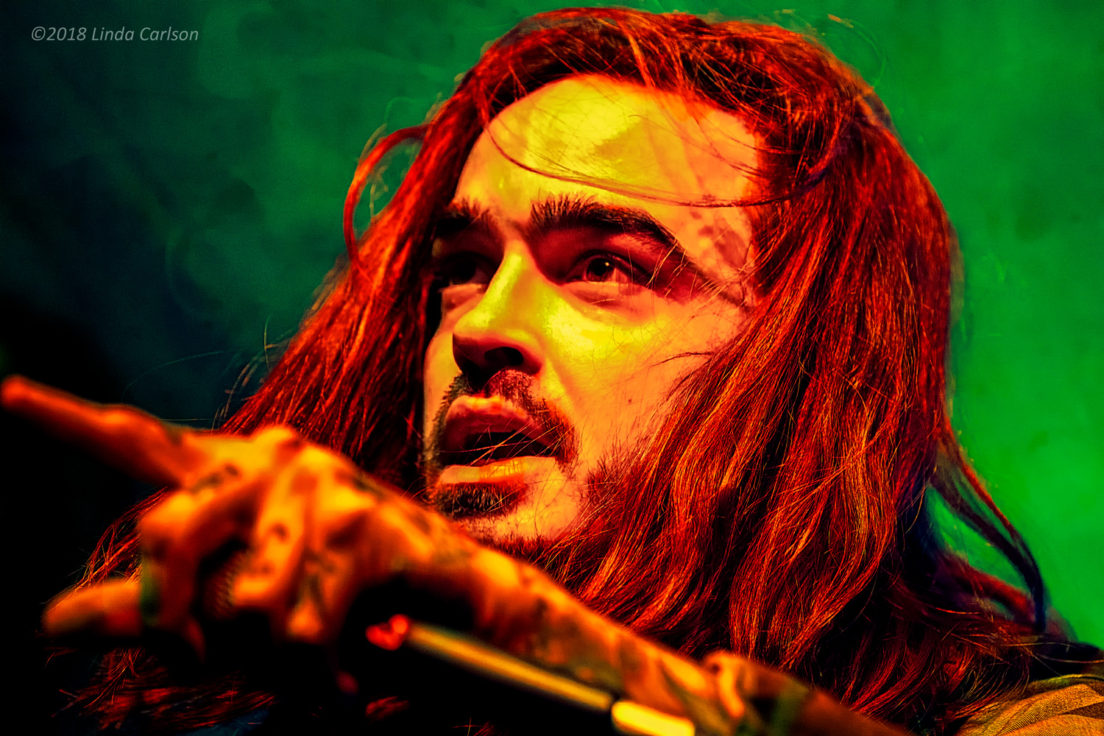 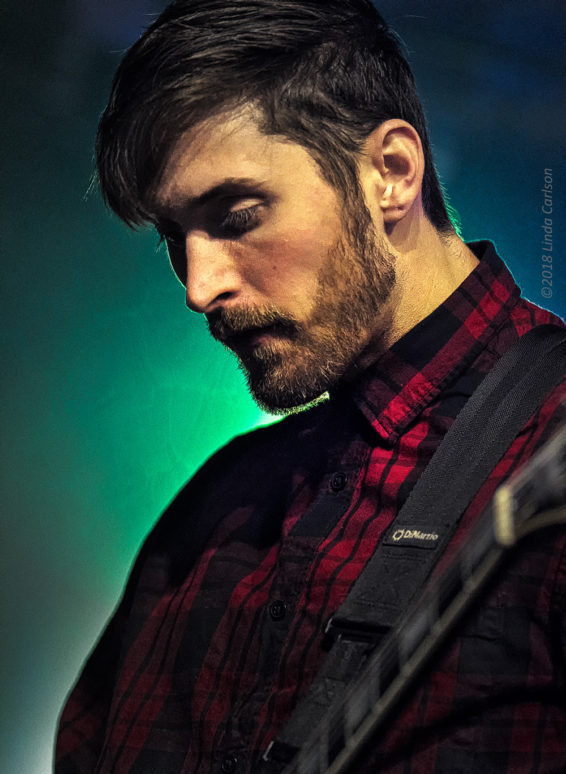