19 movies and 10 years in, Marvel has finally released one of the most anticipated films of all time; one that combines all the superheroes we’ve grown to know and love, as well as bringing to the front a villain that has been teased in his grandeur and awesome power for years. With all the expectations attached, is it possible for the film to live up to all of them?

Avengers: Infinity War brings together the Avengers, Guardians of the Galaxy and other heroic faces as they face off against galactic baddie Thanos, attempting to stop him before he collects all the infinity stones and lays waste to (half) the universe as we know it.

With about 35 main characters, at least three storylines and a mass of star power to deal with, it’s a miracle this film was even made, let alone with any semblance of quality. However, the resulting product is one of excitement, exhilaration, emotion, and visceral power that is bound to entertain even the most skeptical of movie-goers.

First, praise should be given to the directors, Joe and Anthony Russo, for being able to wrangle all the characters in what seems like an effortless manner. They have managed to keep an element of individuality in the world of each superhero. Black Panther feels as vibrant in this film as he did in his stand-alone film; The Guardians of the Galaxy keep their plucky nature and care-free personalities intact, and the Avengers feel as epically superhero-esque as ever. The audience is able to traverse different worlds and characters and still keep a stronghold in every scene; never feeling rushed or left behind by the plot.

Unsurprisingly, the film is also assisted by some spectacular visual effects. From the rendering of the great purple titan Thanos – from bulging muscles down to the smallest facial tic – to showing off the great expanse of space, there isn’t a moment that seems sloppy in its depiction. While some may complain that it’s a big CGI spectacle, without any grounding in reality, there’s an argument to be made for the pure energy it creates both within the film and the viewer. It easily illustrates just how far the heroes have come with their own powers, as well as the talents of the filmmakers behind them.

In addition, the solid cast, giving strong performances all around, only aid in boosting the Marvel blockbuster, as actors who might have been in roles for almost a decade still get a chance to bring something new to their performances.

However, Josh Brolin deserves significant commendation for his turn as the foreboding antagonist Thanos. Bringing not only violence and physical prowess to the character, but vulnerability and emotion as well, this allows him to create what is probably the best Marvel villain to date. With all the destruction and power-hungry force behind him, there is still an element of humanity that elicits an understanding from the audience. 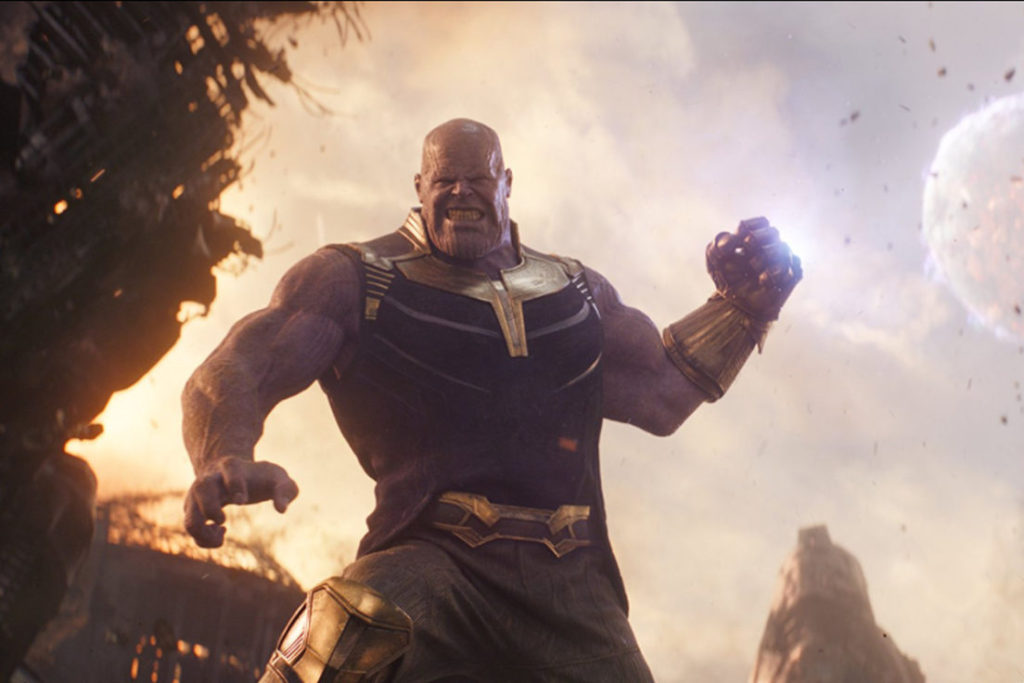 As mentioned, the rest of the cast delivers, especially when strong personalities are finally allowed to meet and mingle as a result of the oncoming threat. Robert Downey Jr. and Benedict Cumberbatch’s scenes together are magnetic as they both clash and cooperate as two headstrong leaders, Dr. Strange and Iron Man. Chris Hemsworth as Thor brings a delightful dark humor to the Guardians’ otherwise happy-go-lucky vibe, and the Wakanda/Captain America & co. collaboration is a sight to be witnessed and possibly the highlight of the film.

The choreography of the fight scenes has also improved, with the Russo’s having replaced their maligned hand-held schtick with a much more polished and sustained manner of combat sequences. There is a lot less jumping around from cut to cut, and a lot more focus on the characters and their particular set of skills, resulting in a more visceral experience all around. 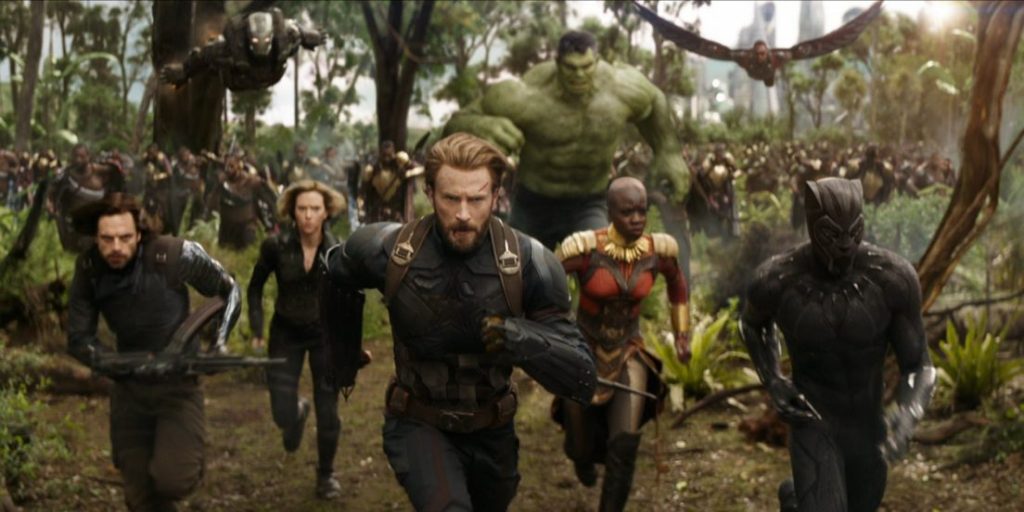 Avengers: Infinity War has the high stakes, action, excitement and great storytelling that is sure to please any Marvel fan. It’s history in the making that is sure to leave every viewer with a sense of longing not only for Part 2, but also for the next phase within the MCU. Go experience the awesomeness of this movie, feel the feelings and don’t forget – stick around until the end of the credits.