Cincinnati, OH – It was early in Ghost’s 2018 Rats! On The Road Tour, which started on May 5, and the Taft Theatre was quickly sold-out to experience the theatrics of this Swedish heavy/doom metal band.

The concert was a two-act show with a 15-minute intermission, and no opening act.  The band is touring to promote the June 1st release of Prequelle.  Lead singer Papa Emeritus III has been replaced by Cardinal Copia, both portrayed by Tobias Forge, who moved about the stage with theatrical ease.  Gone is the skeletal facial make-up that was Papa’s trademark, and instead there is a full whitened face, with eyes sockets that are blackened, the iris of his left eye is eerily white.

Throughout the two-hour, 24-song show, Cardinal Copia went through several costume changes, starting with a form-fitting black coat and tails, a white version as well, and a red cardinal’s gown and cap.  On each costume, there was the iconic upside-down cross that depicts the dark side of the band’s personae and music.  He spoke a number of times to the audience, asking how they were doing, his thick accent and dramatic tone permeating the air.

The musicians, the masked Unnamed Ghouls, totaled seven in number, with three guitarists, a bassist, a drummer, a keyboardist, and a back-up vocalist.  They wore black formfitting outfits that covered them from head to toe, wrists to ankles, with tailored jackets, and masks that only revealed their eyes.  They, too, sported the upside down cross emblem on their costuming.  All the musicians were very animated, very talented and very entertaining.

The Rats! On The Road Tour concludes on June 1, the release date of Prequelle.  Check Ghost’s tour schedule at http://www.ghost-official.com/.  Enjoy a full evening of ghoulish entertainment… 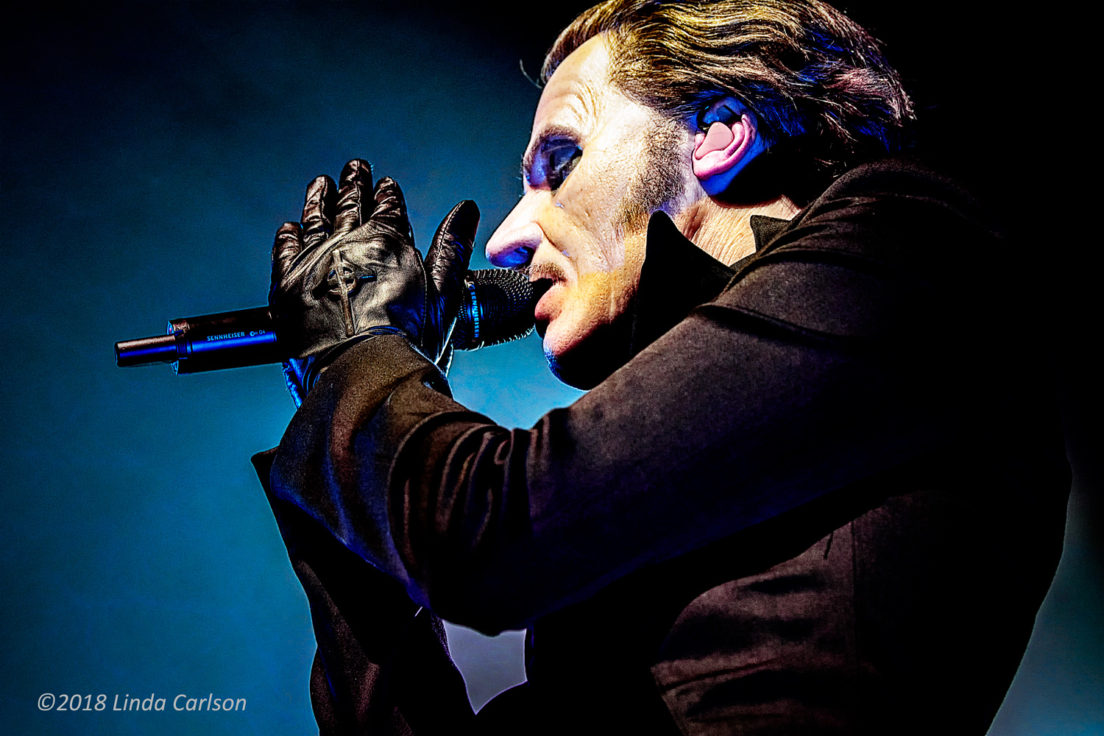 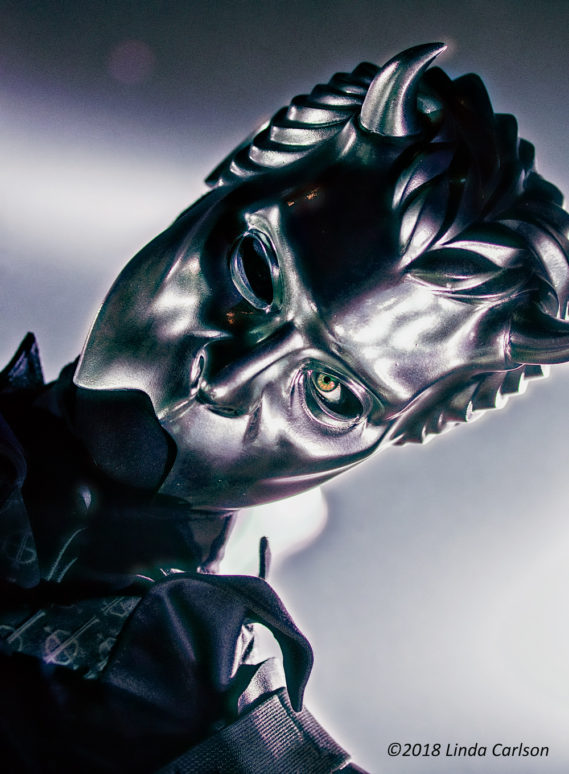 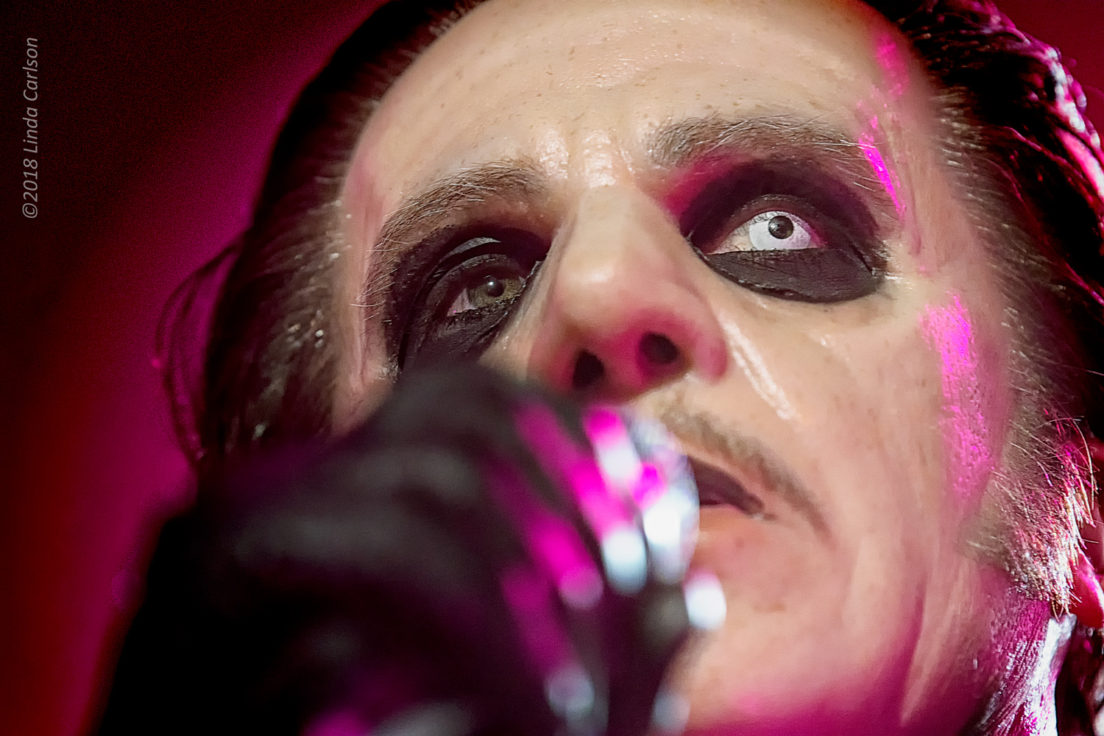 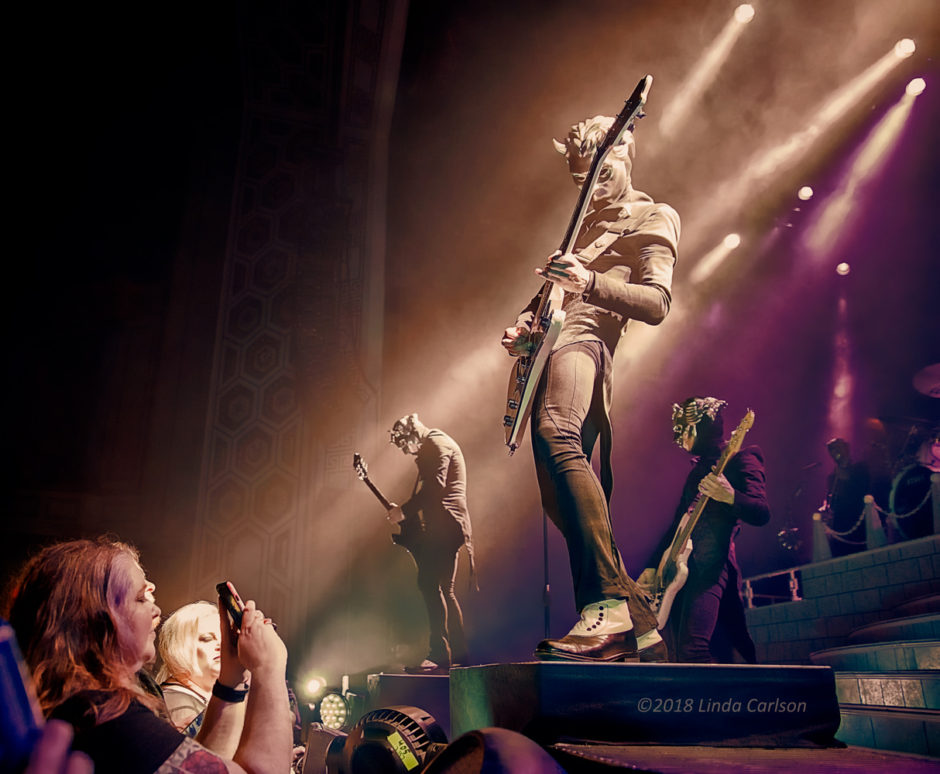 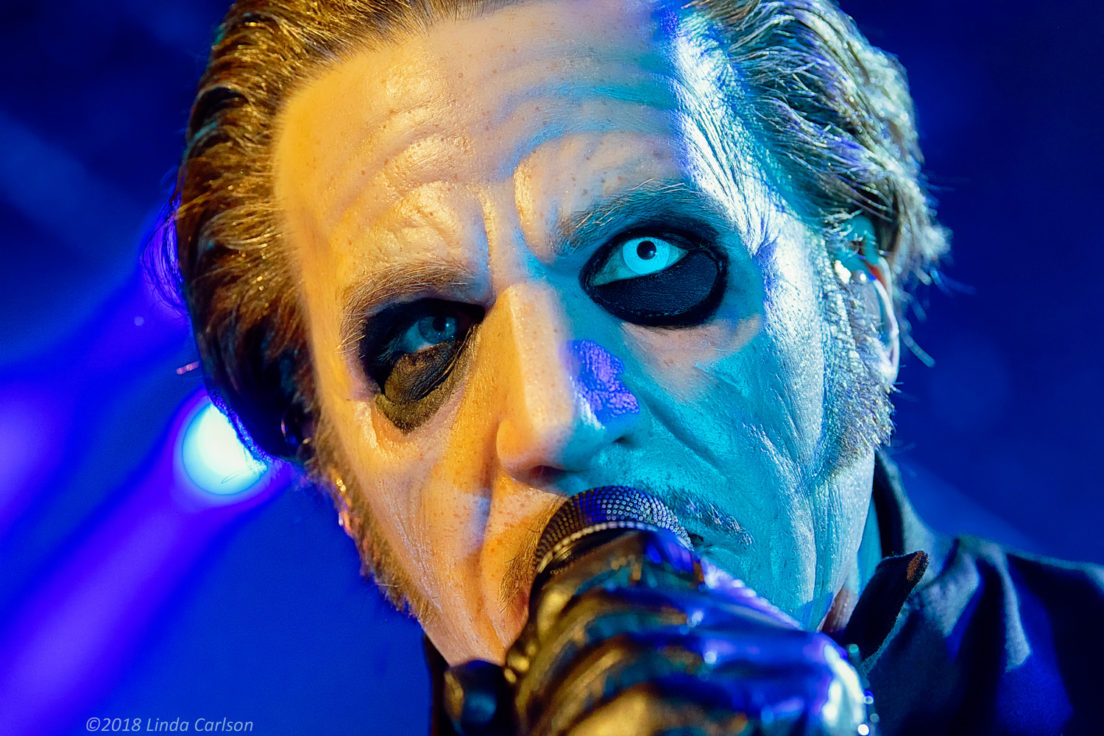 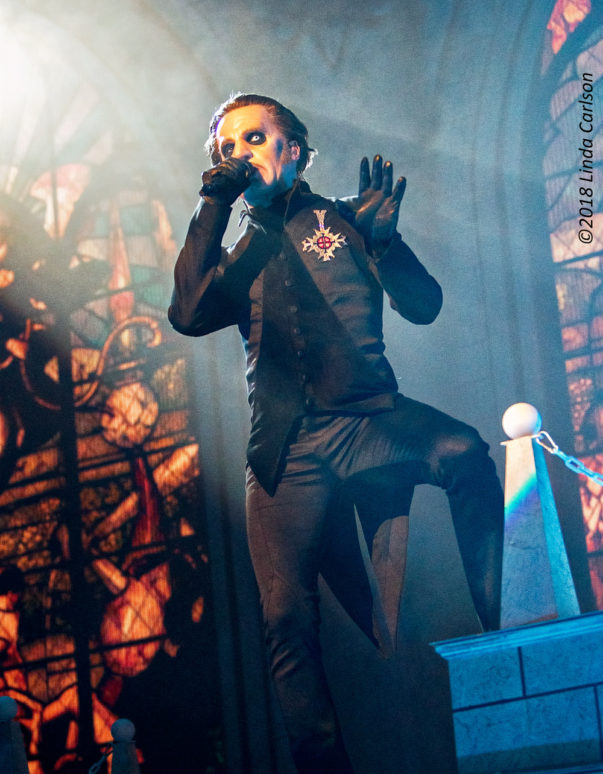 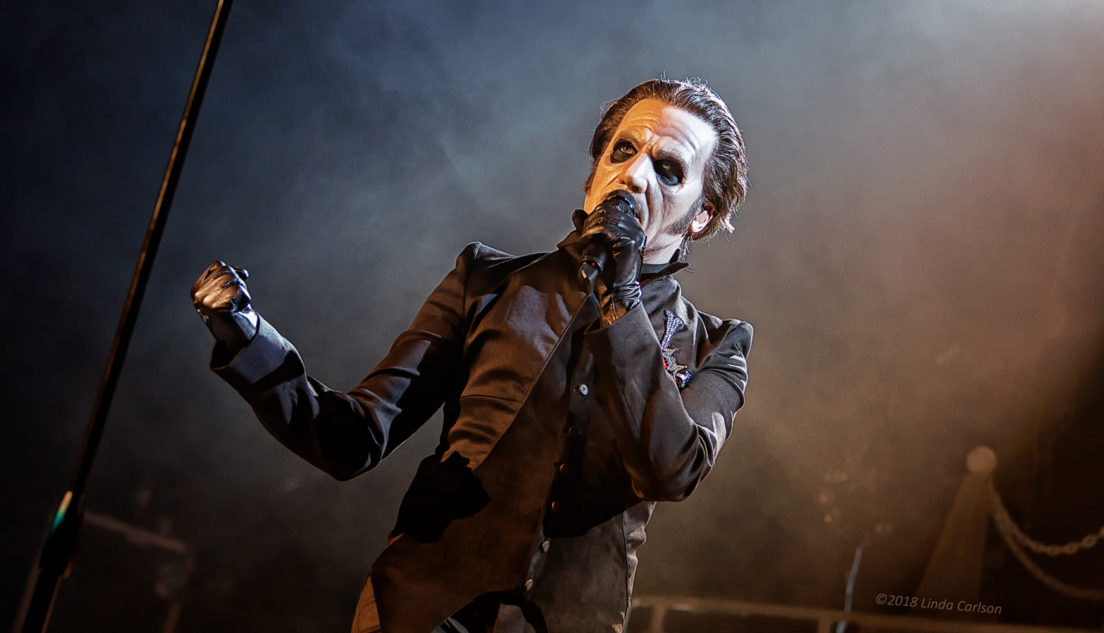 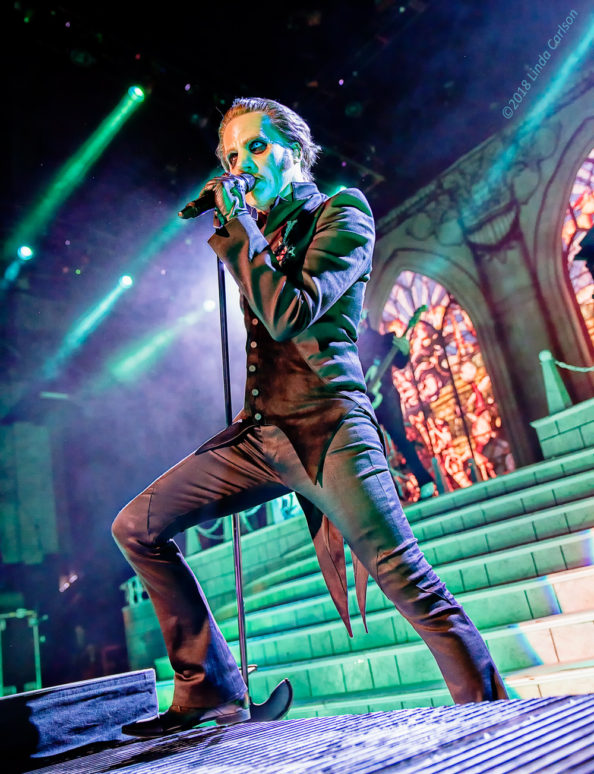 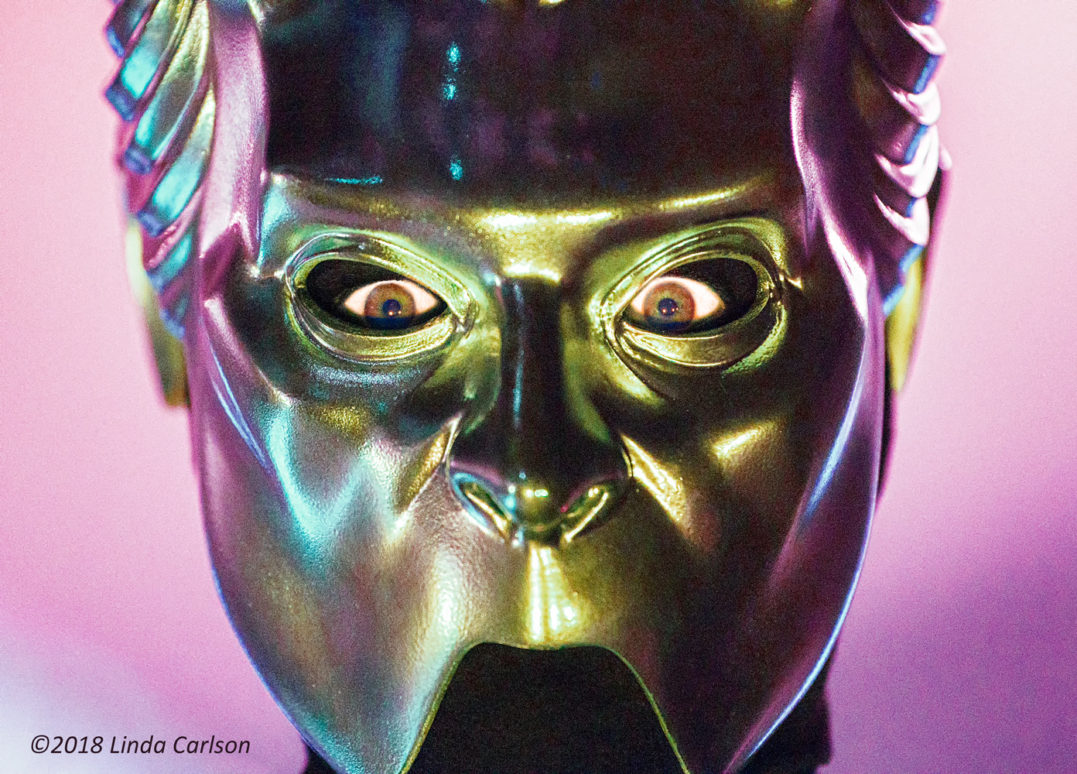 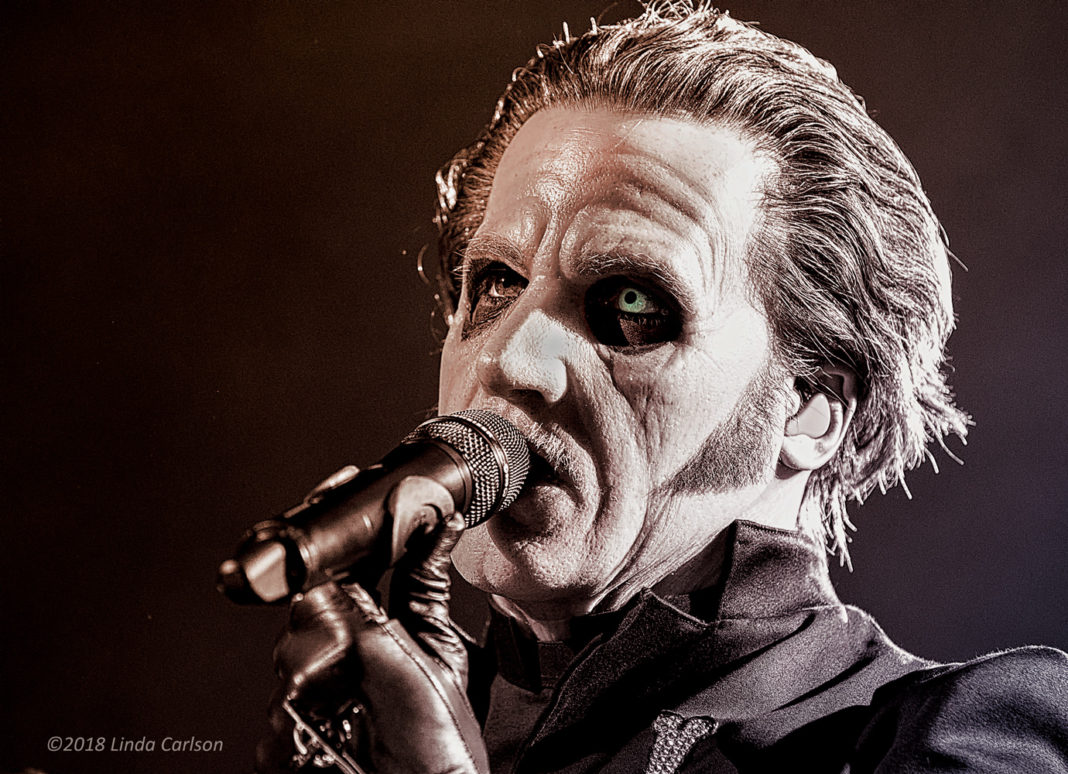 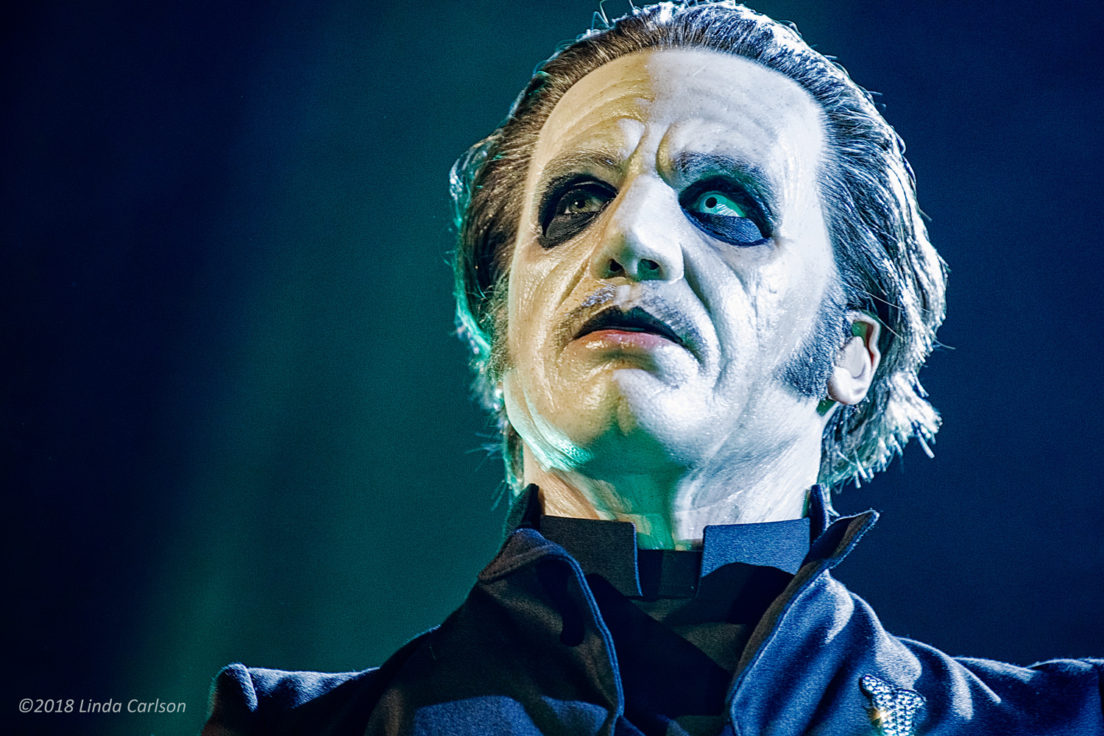 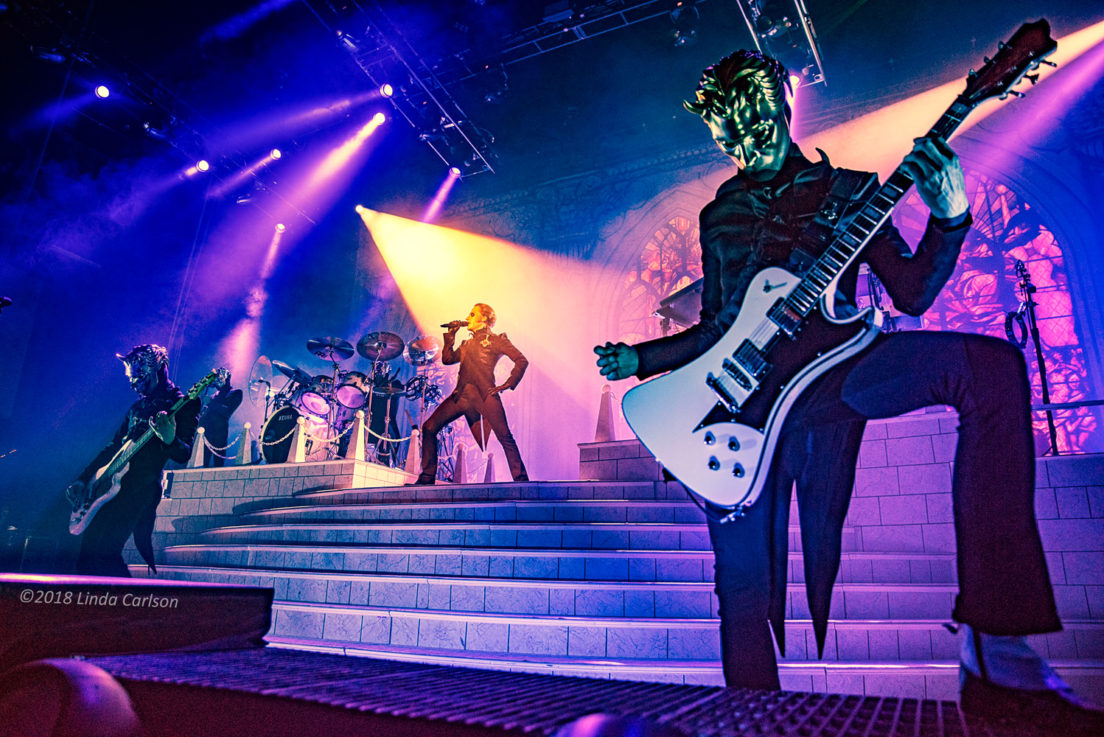 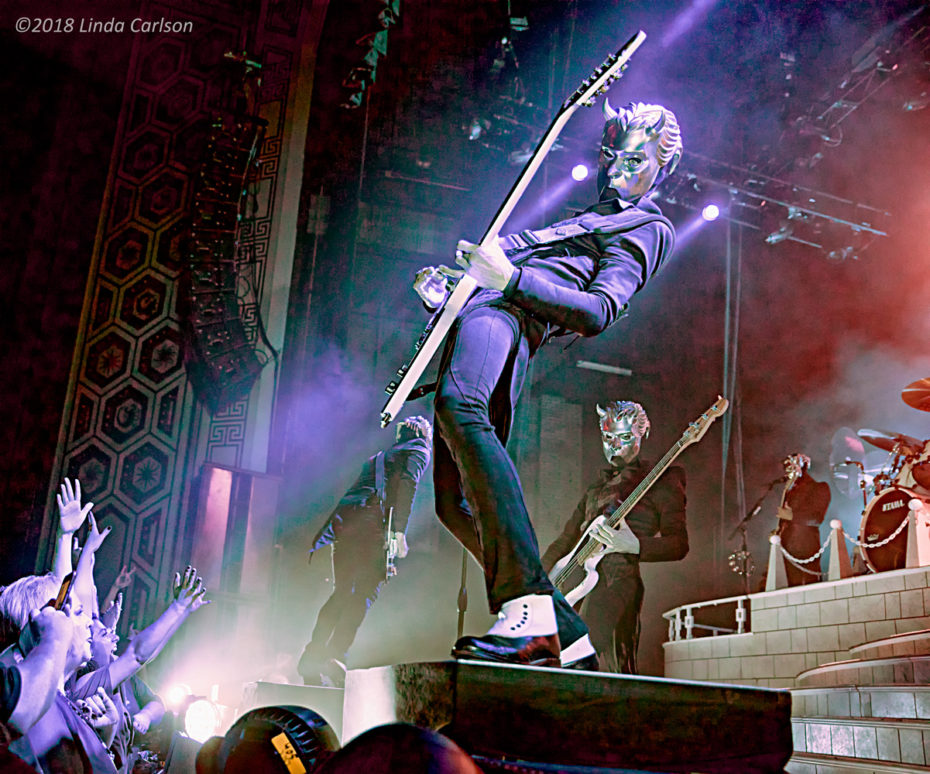 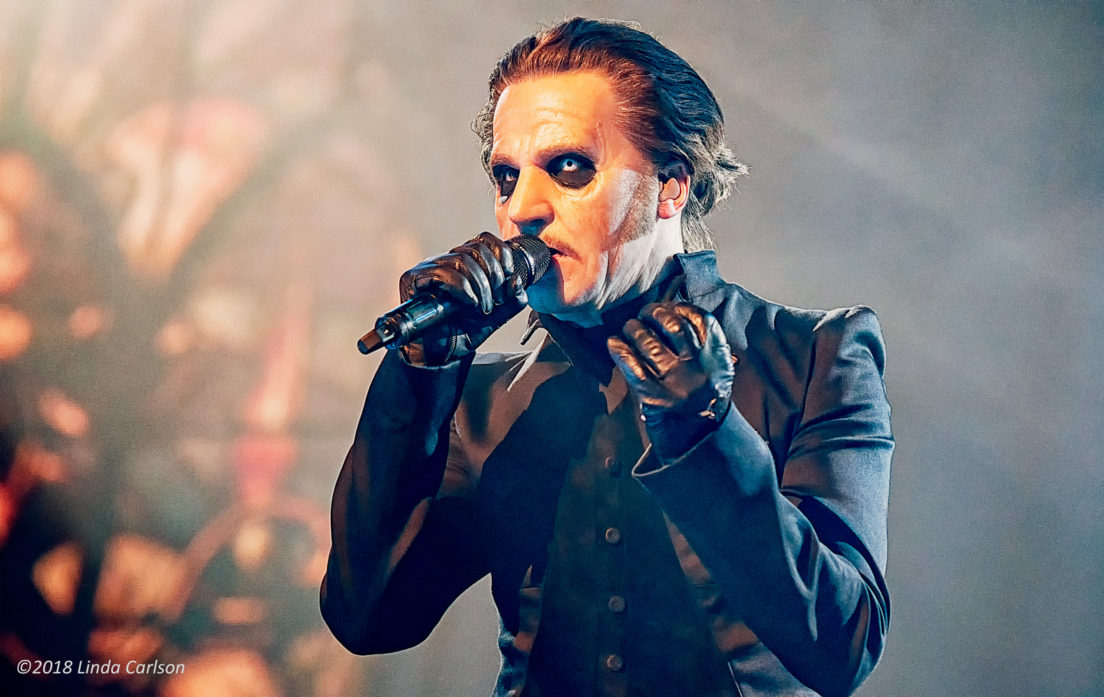 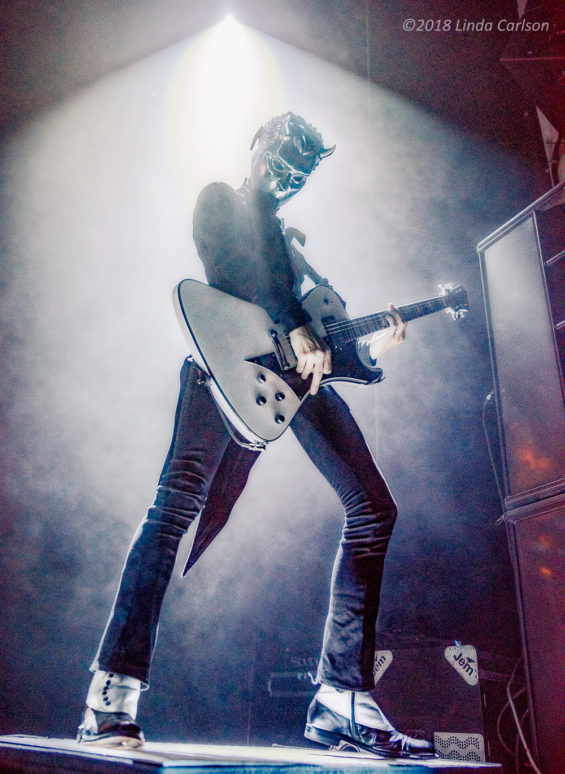 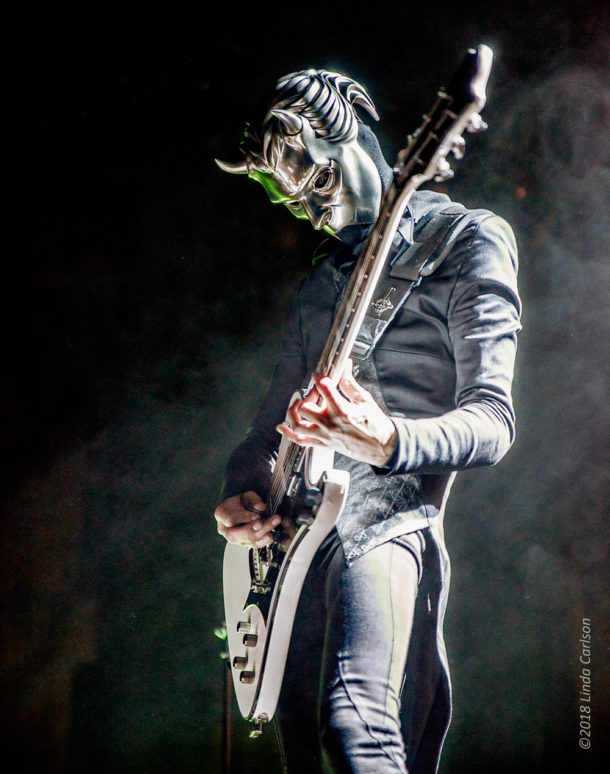