Cincinnati, OH – Halestorm, In This Moment, New Years Day and Stitched Up Heart are touring to promote the powerful vocals and presence of their leading ladies.  They were in Cincinnati performing at Riverbend’s PNC Pavilion on May 4, 2018 to a sell-out crowd of men and women, adults and children.

Co-headliners Halestorm (fronted by the epic Lzzy Hale) and In This Moment (fronted by the sensational Maria Brink) came up with the idea of a tour showcasing metal and rock bands featuring female lead singers.  The tour continues through mid-May.

Fans were lined-up well in advance of opening the gate, and continued to stream in until reaching sold-out attendance.  The spring storm that passed through just before the first act hit the stage did not deter the fans, and in fact, a storm of another kind lit the stage all evening…a storm of powerful vocals accompanied by thundering instrumentals.

California’s Stitched Up Heart (fronted by Mixi Demner) started the evening with a strong performance. Demner was in constant motion throughout the set, giving the fans a terrific show.  The band’s songs have strong lyrics, tapping into feelings and situations that resonate with fans.  Demner delivered melodies and growls with the same passion.  SUH started their set with “City of Angels” and concluded with “Finally Free.”

Another California band, New Years Day (fronted by Ash Costello), has been climbing the festival line-ups over the last few years.  And no wonder.  Costello thrives on stage.  With her striking trademark half-red half-black hair and dark lipstick, her smile is infectious, she is completely at ease in front of a crowd.  The band performed a commanding six-song set, including a cover of Pantera’s “Fucking Hostile.”

How does one describe a Maria Brink performance?  As frontwoman for In This Moment, she completely mesmerizes the audience with intricate, theatrical performances that hypnotize the fans.  She is sultry, sensual and magical.  In This Moment opened their drama-infused nine-song set with “Blood” and ended with “Whore.”  For “Black Wedding,” a modified cover of Billy Idol’s “White Wedding,” Brink shared the stage with NYD’s Costello for a captivating performance.  Simply stunning.

And how do you follow a performance like that?  With Halestorm’s dynamic rocker Lzzy Hale, of course.  Where ITM’s set was full of gently rolling mist and dramatic colored lighting, Halestorm performed in bright, unobstructed light that was all rock and roll.  Lzzy Hale’s voice pierced through the dark night and into each fan’s core.  Where bands often ask who in the audience is experiencing the band for the first time, and who have seen them before, Lzzy sang out these questions with an acapella, searing voice that was absolutely transcendent.  The set continued for 15 songs, including a cover of Adele’s “Someone Like You.”

This tour comes to a close mid-May.  Check the bands’ websites for touring dates. 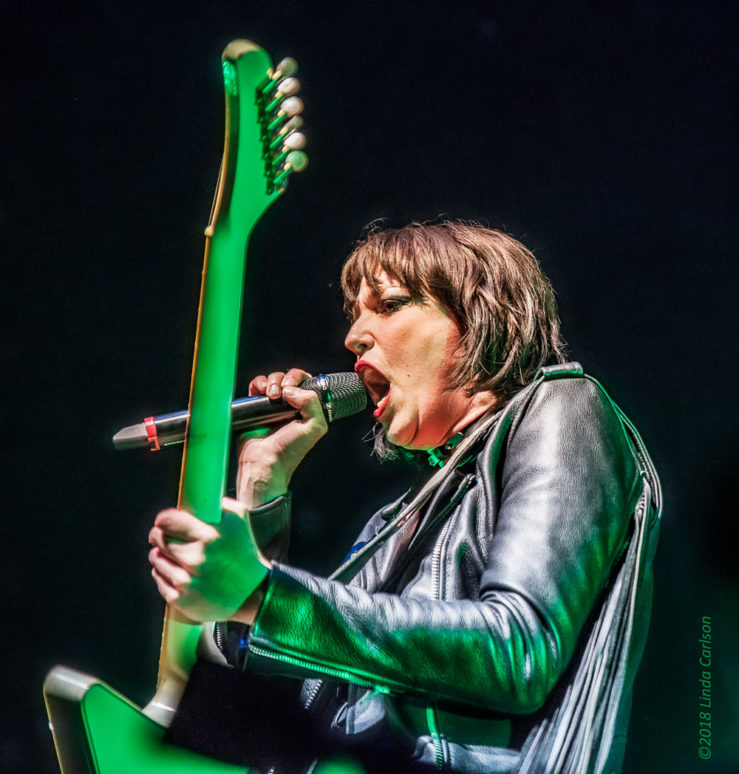 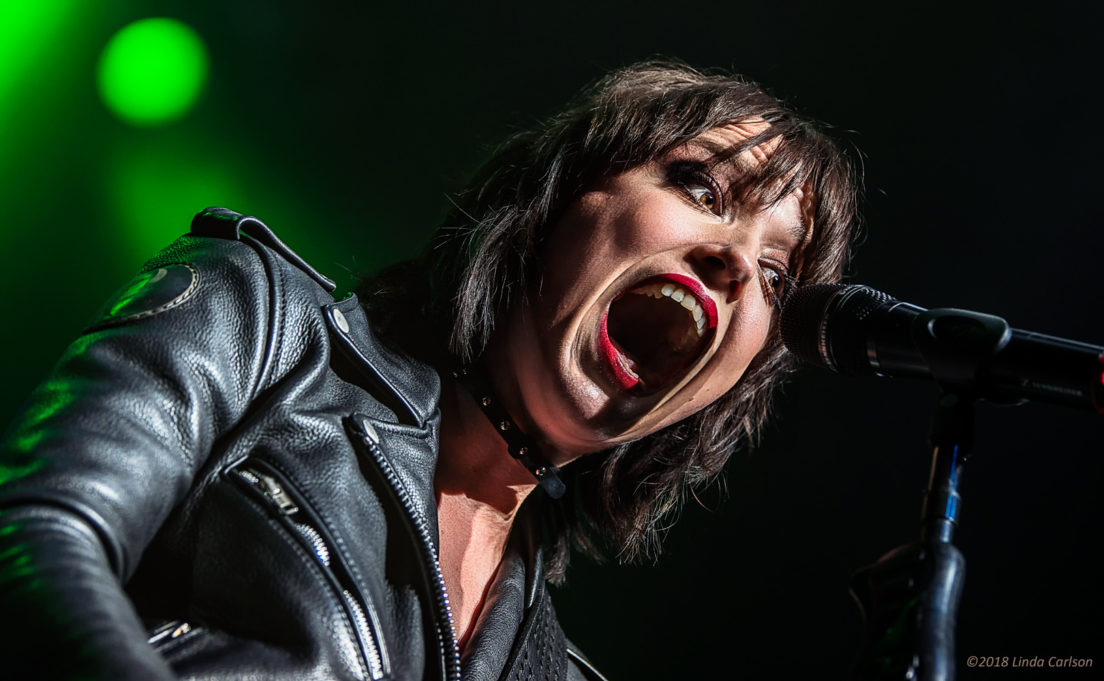 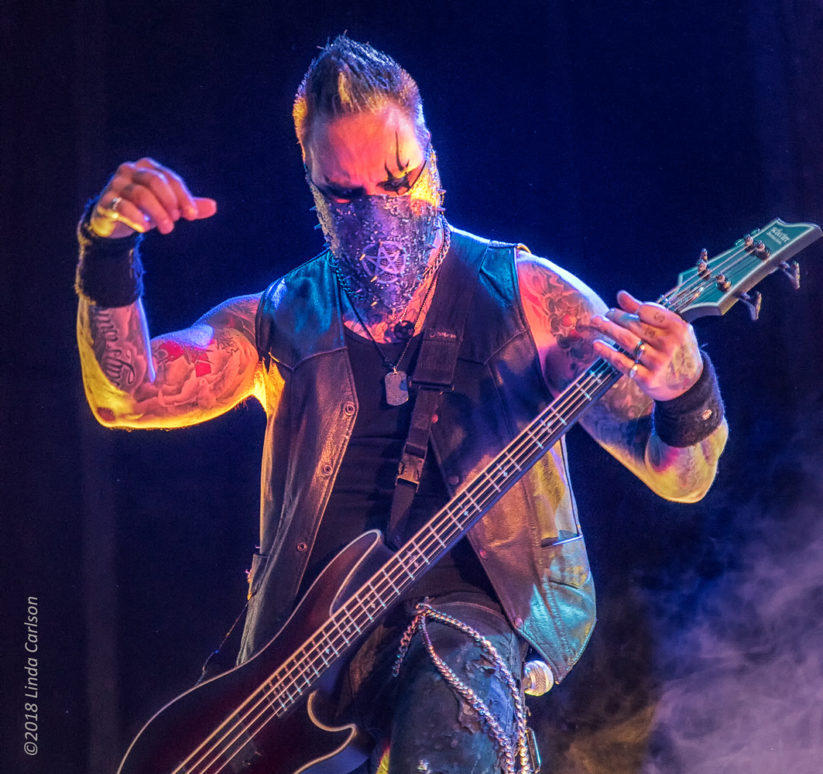 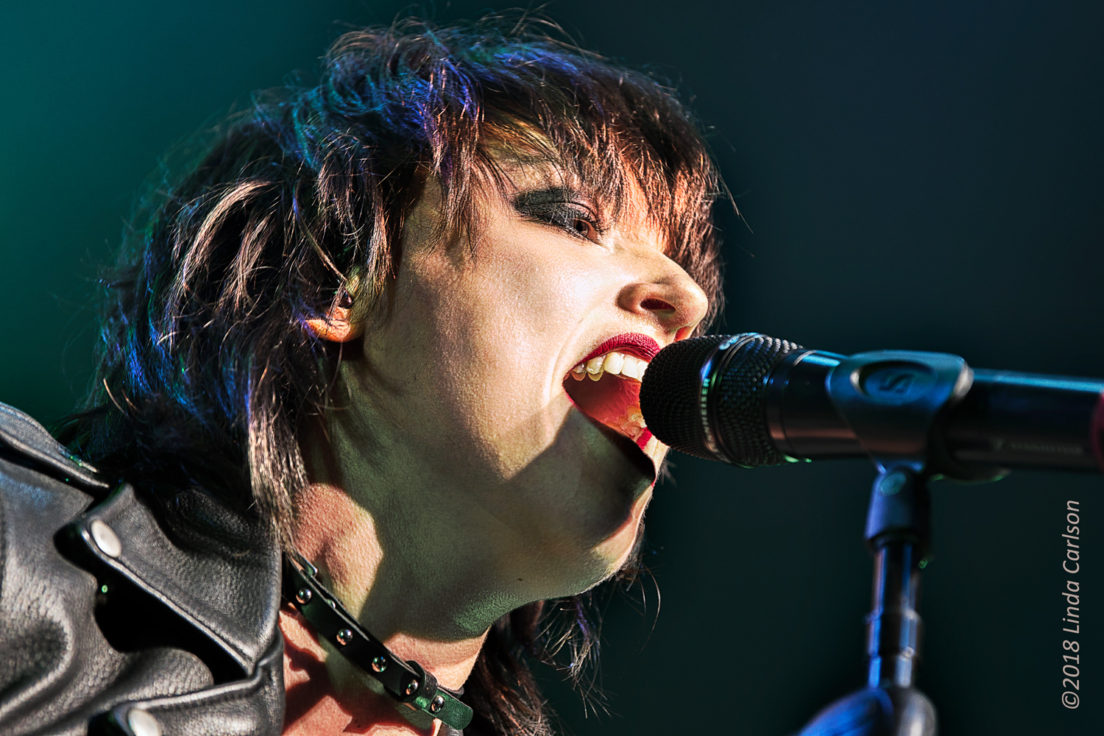 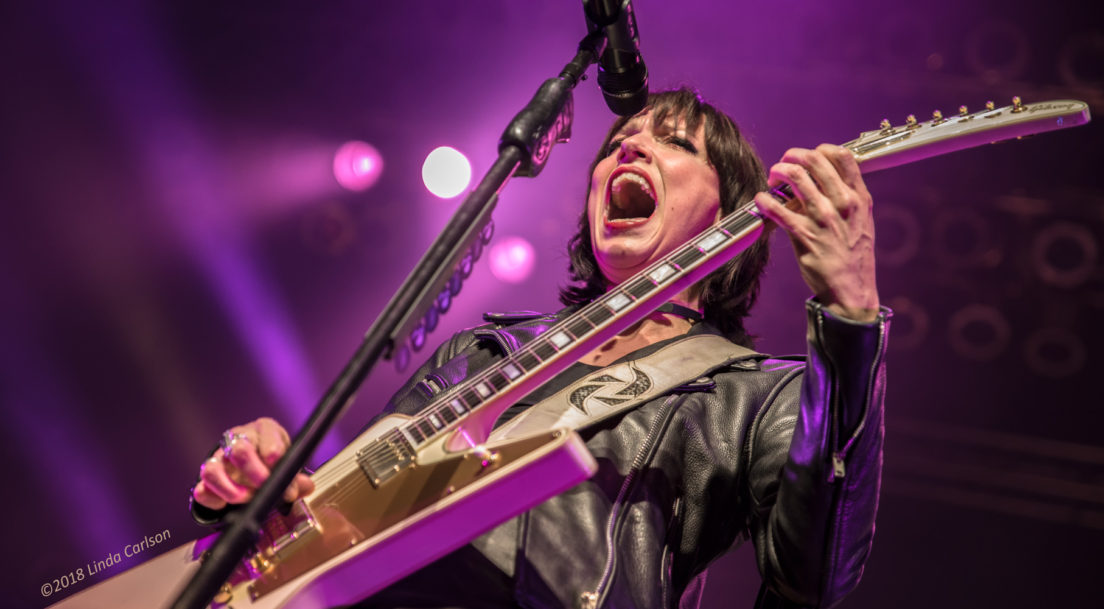 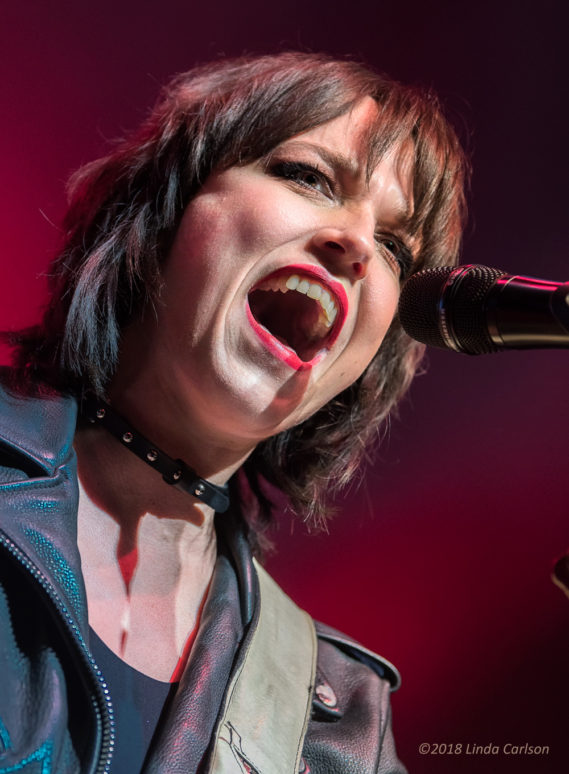 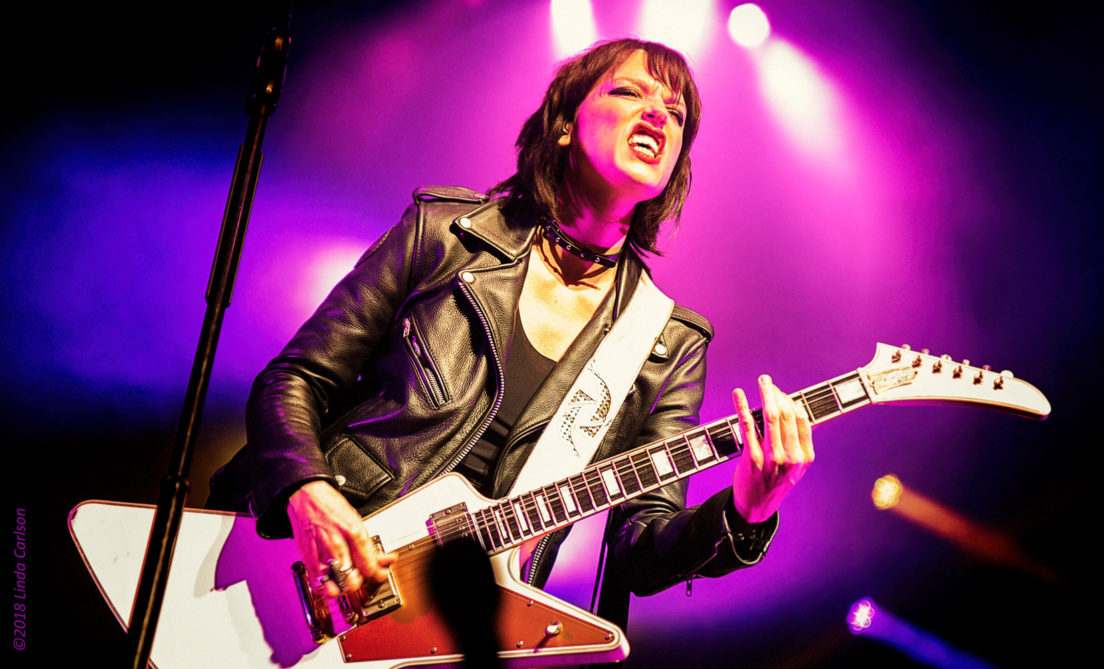 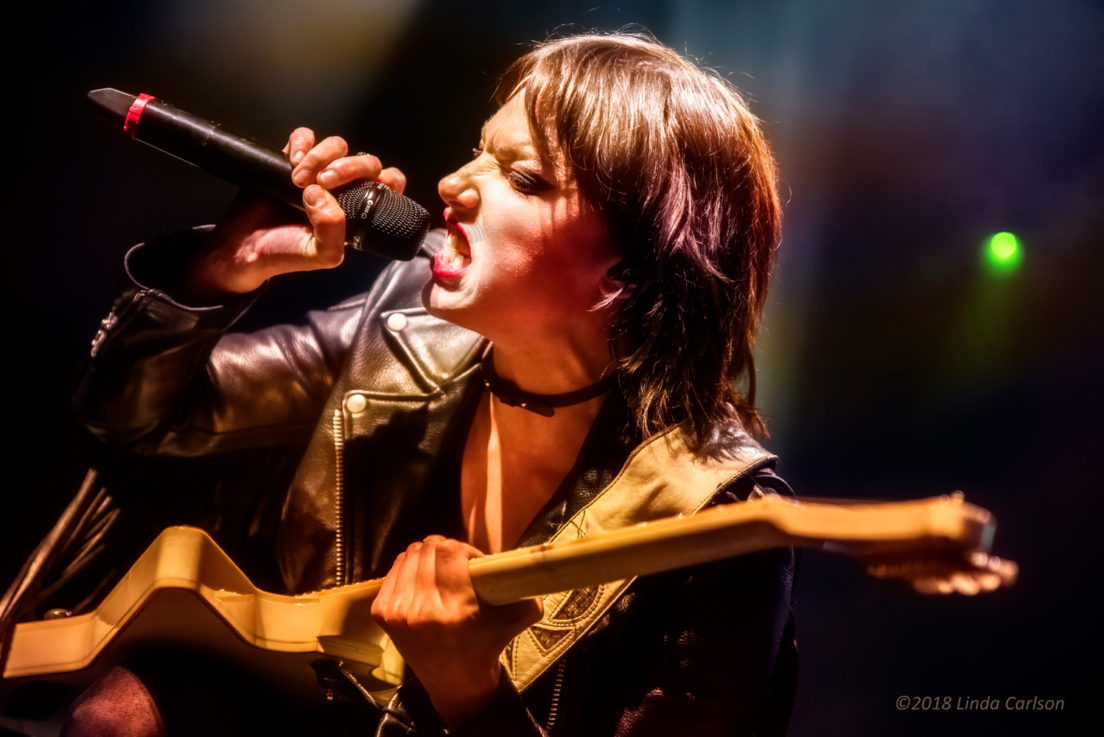 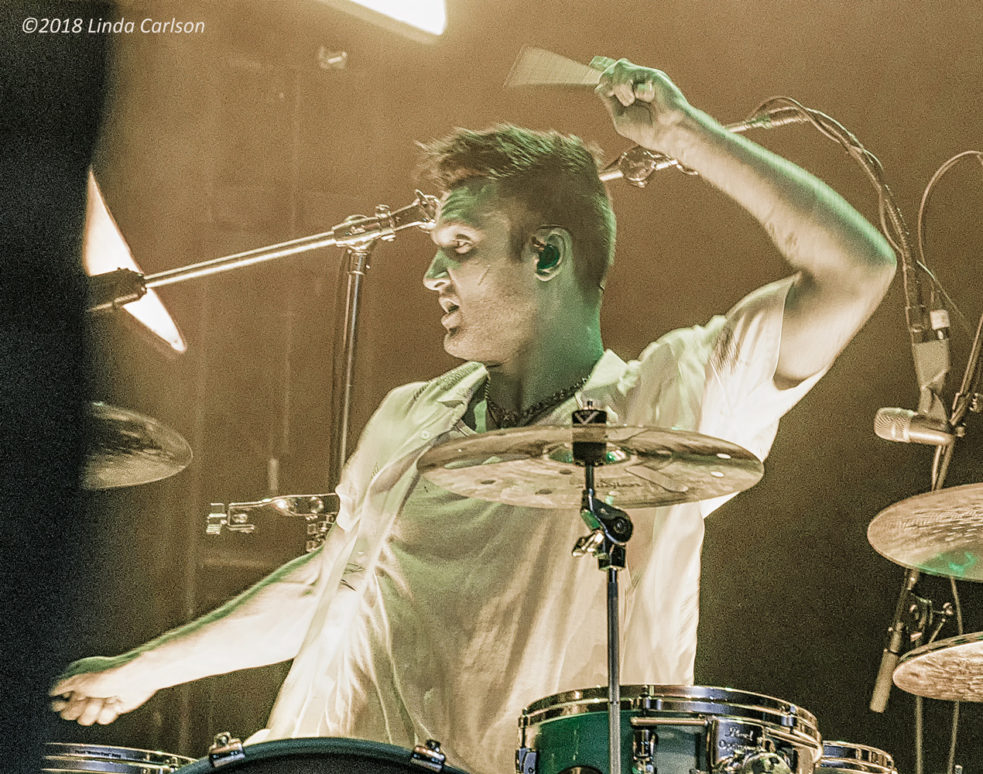 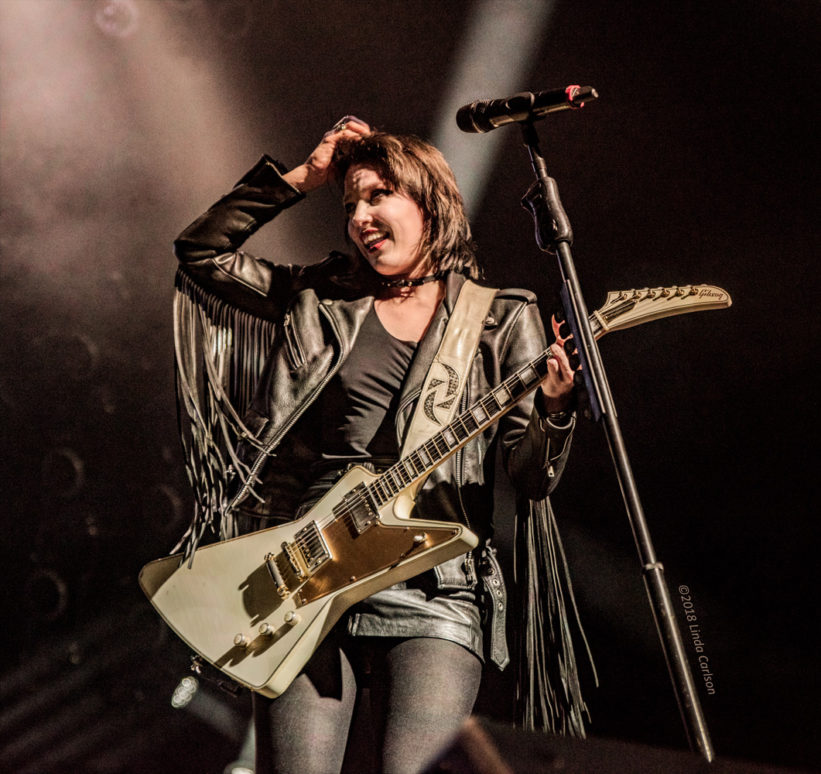 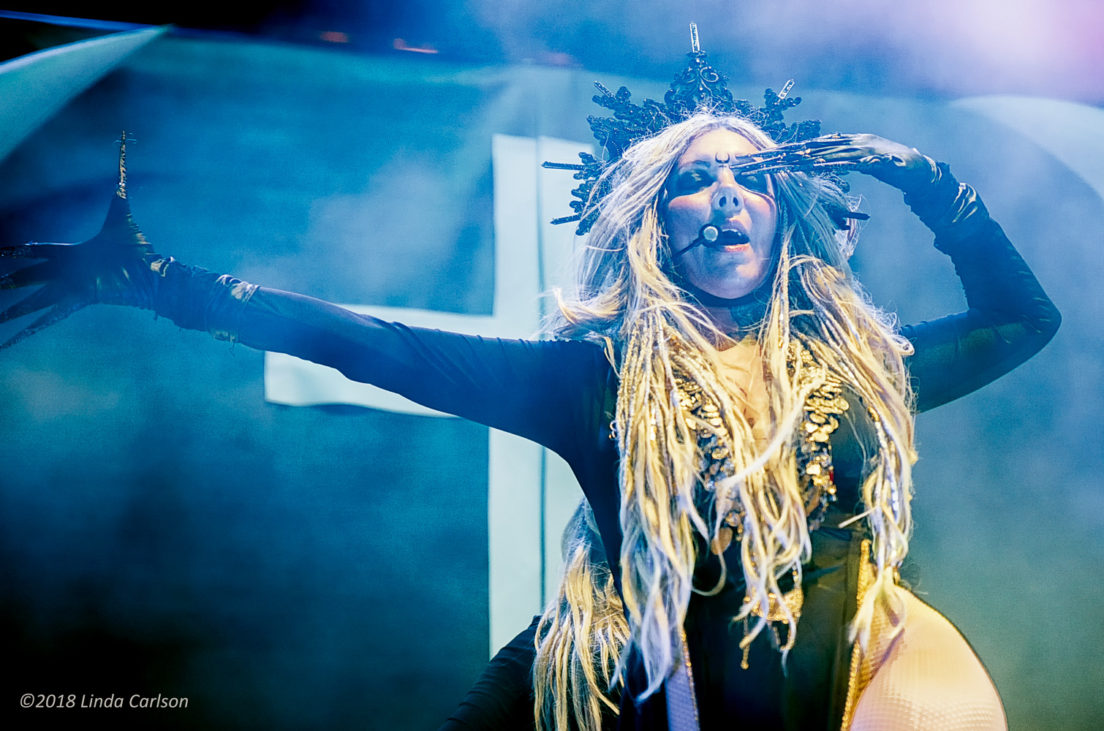 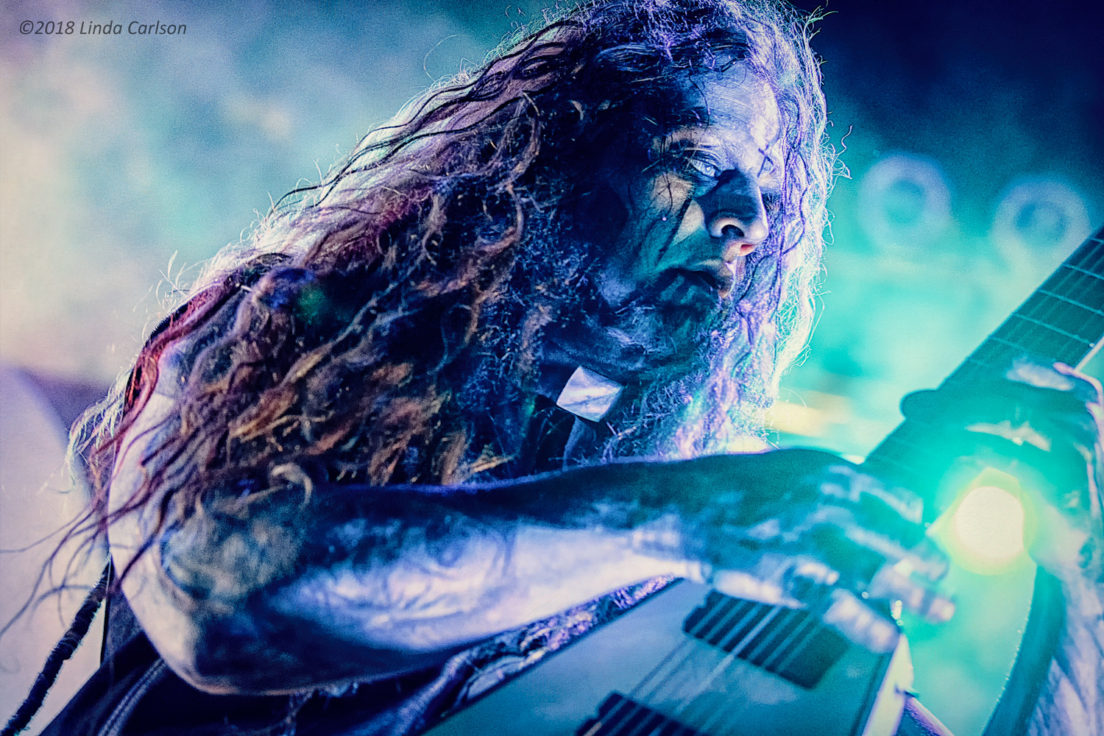 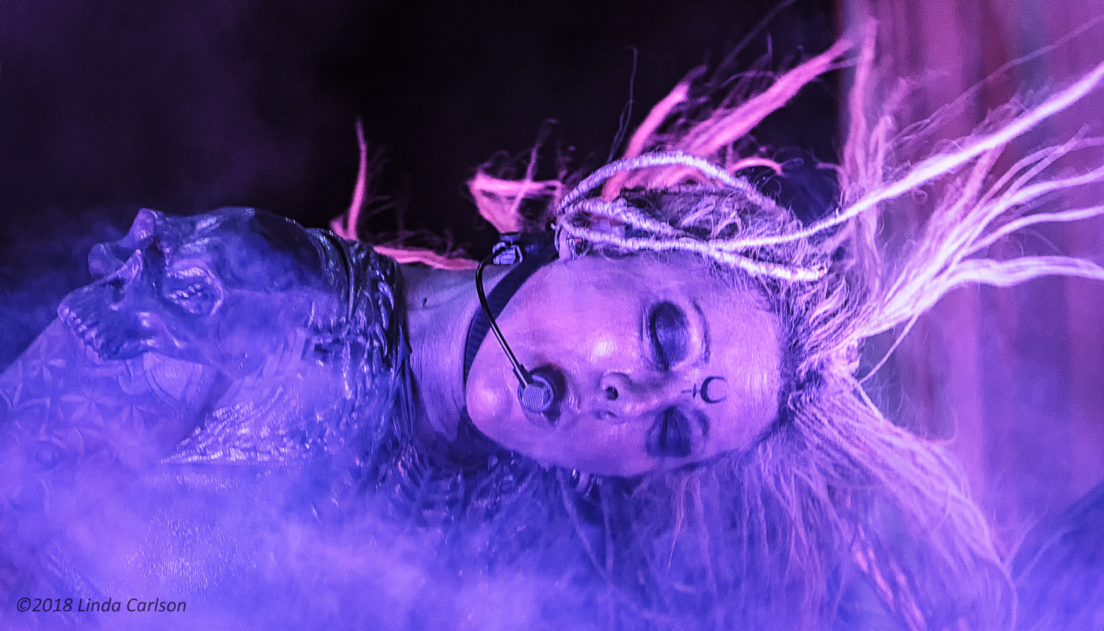 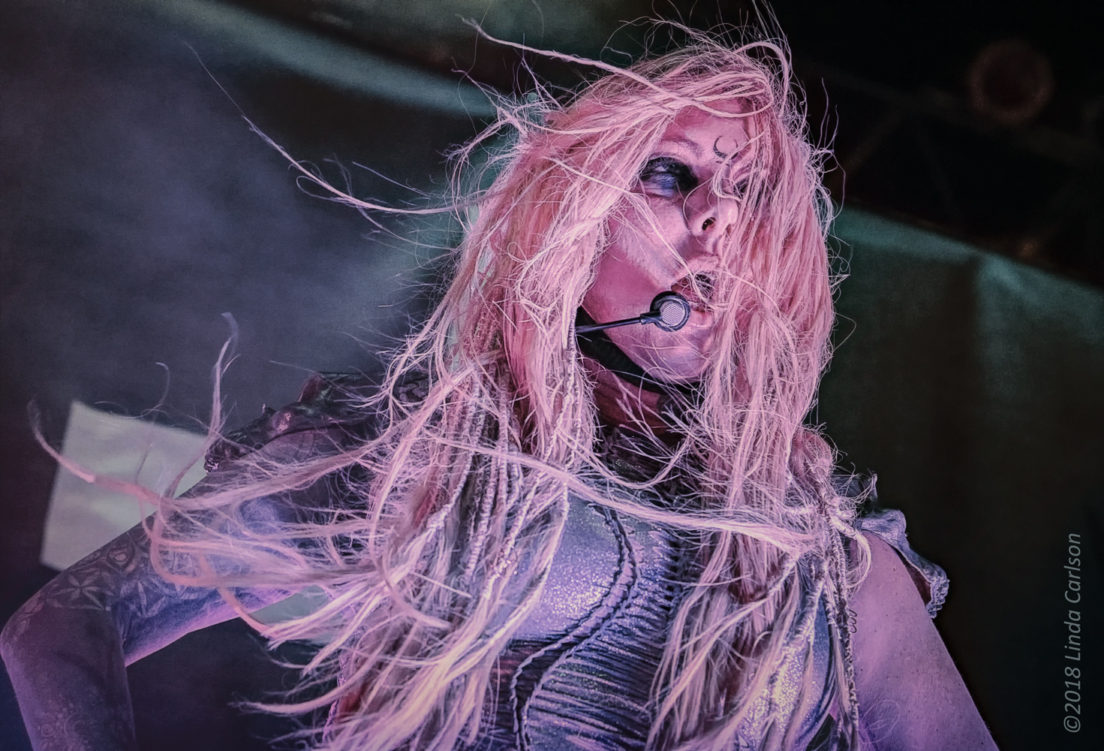 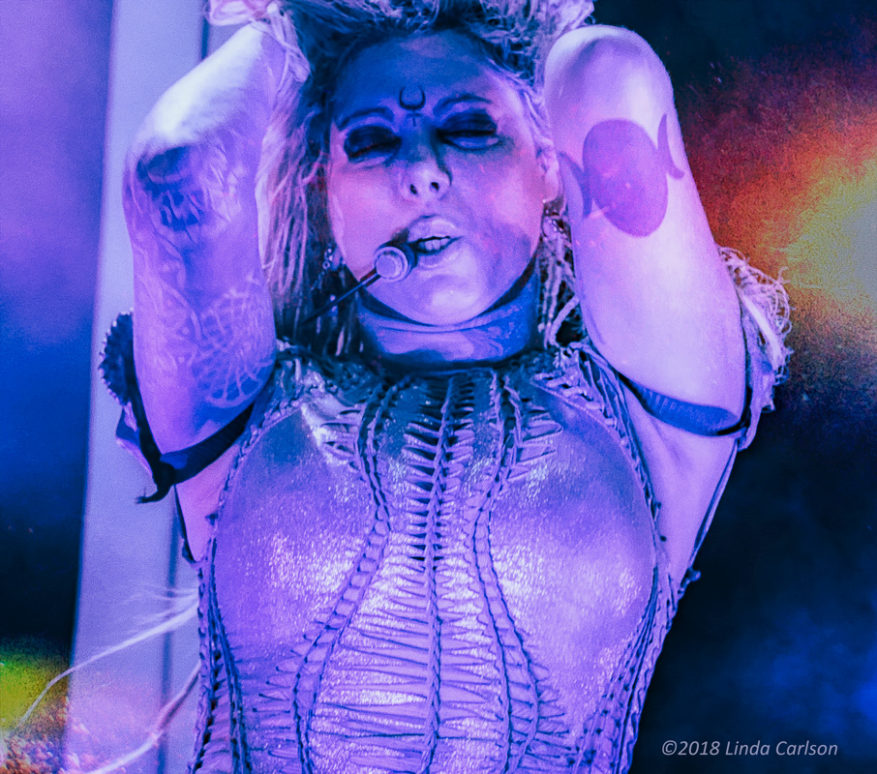 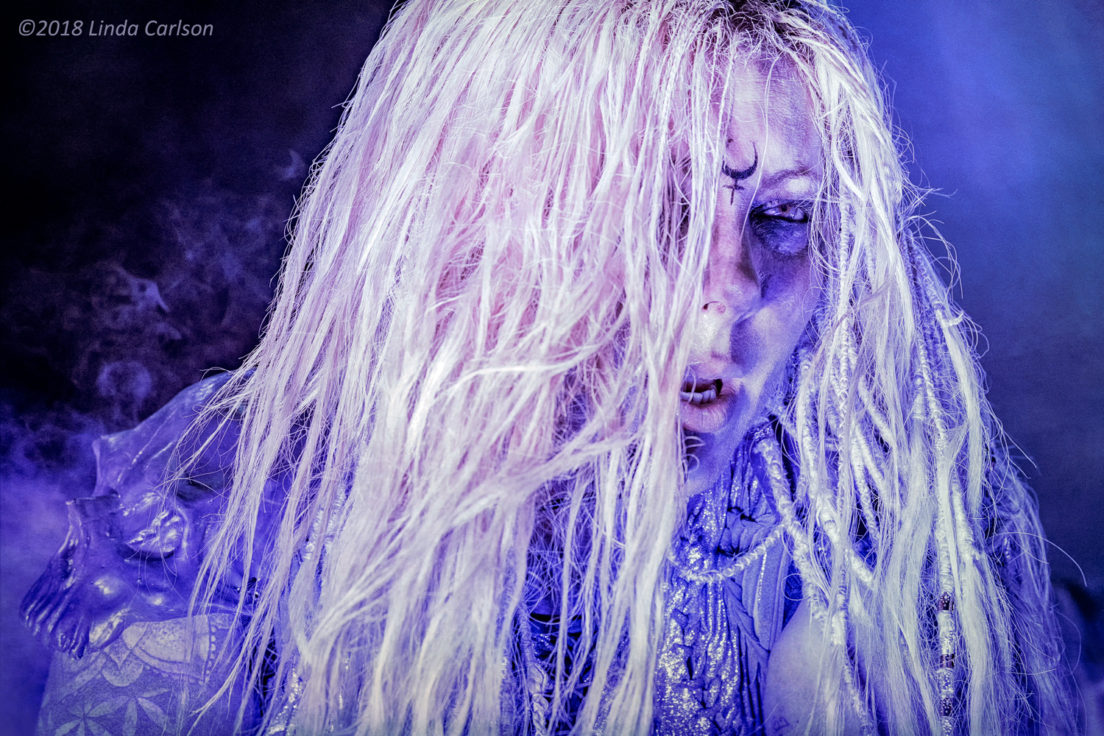 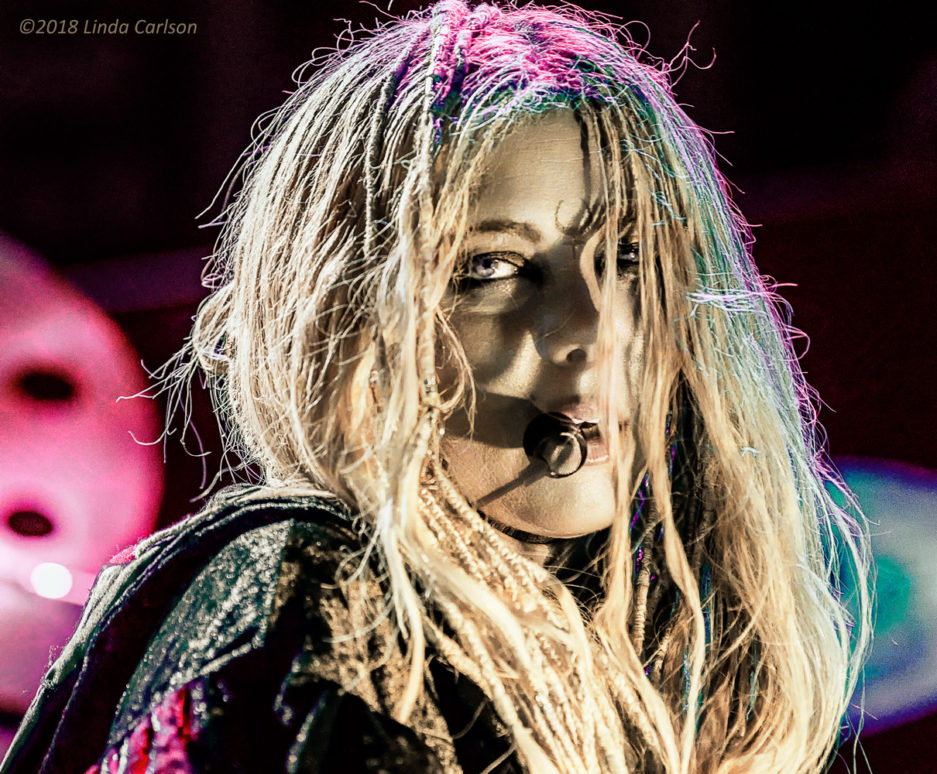 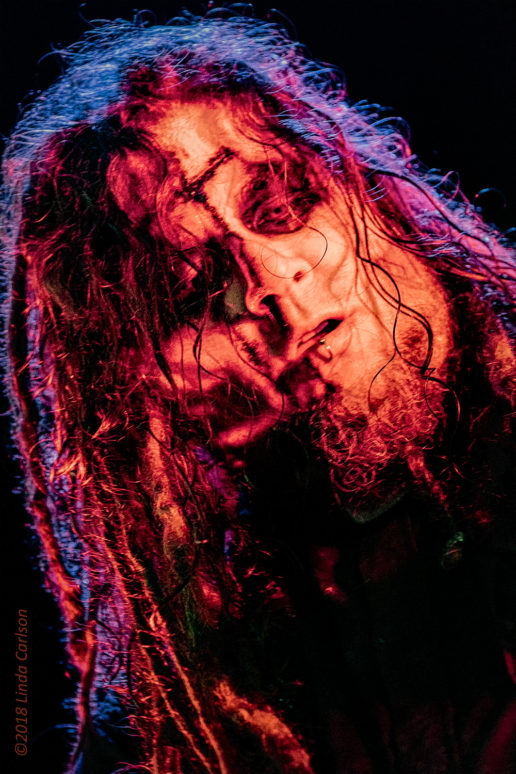 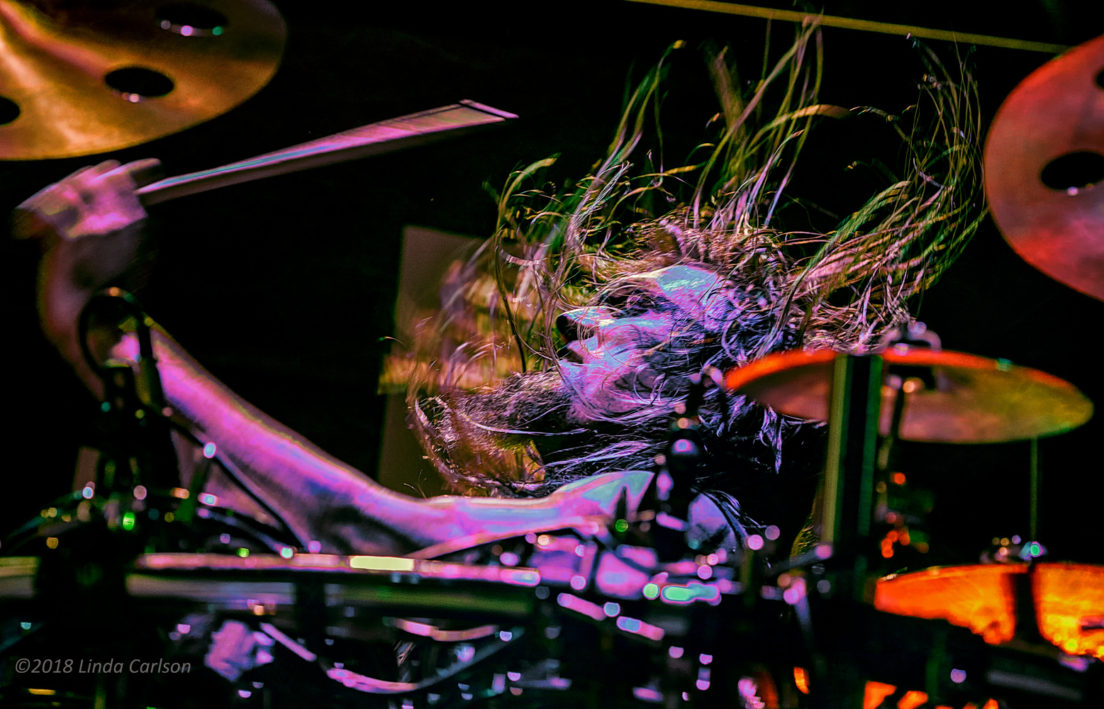 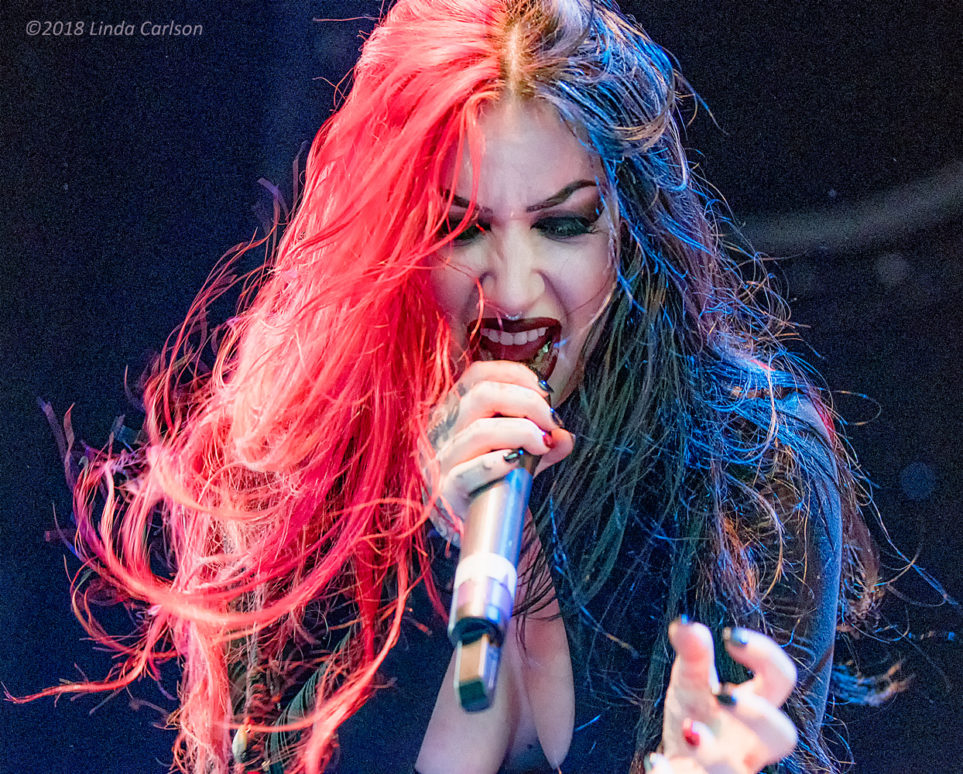