Article and photos by Glenn Woodell

Virginia Beach, VA — Perfect weather, a strong band lineup, and an enthusiastic crowd all came together to make the 2018 Lunatic Luau a great success. This show has been running (almost) annually since 1997 and has been sponsored by FM99, one of the local rock radio stations here in VA Beach. The twelve bands alternated between two stages and included RVNT, a local band who got things kicked off on the side stage, and ended with Alice in Chains as the headliner on the main stage. 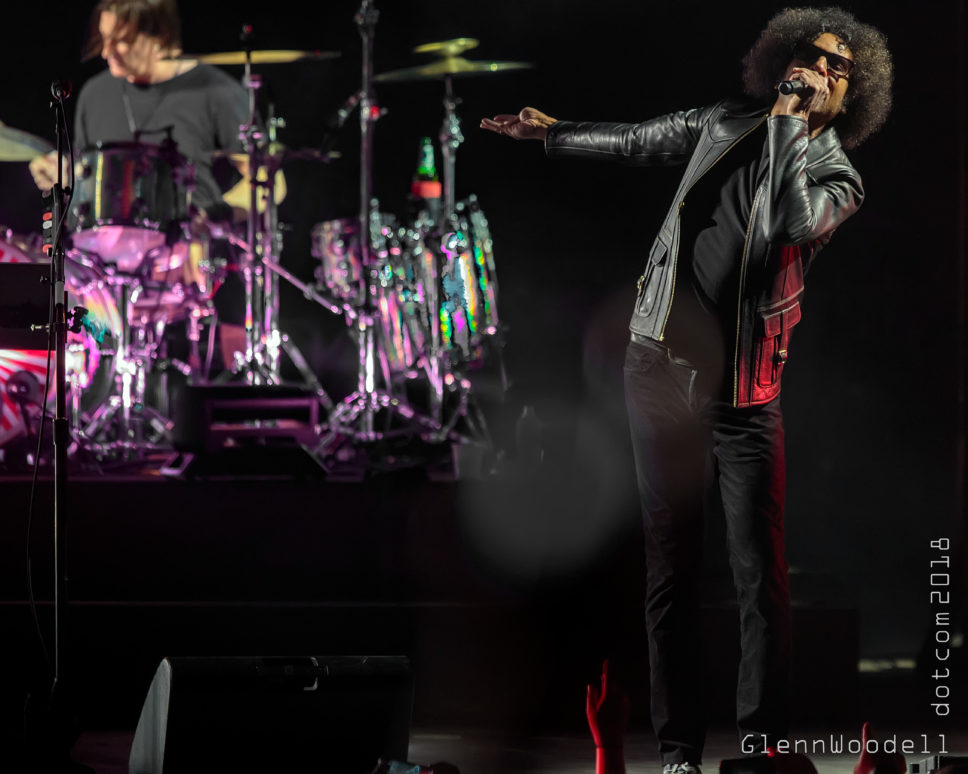 Unlocking the Truth, The Sword, Pop Evil, and Steel Panther rounded out the lineup on the side stage while Tremonti, Sevendust, Bullet for My Valentine, Stone Temple Pilots, and Stone Sour warmed up the crowd for the strong vocals of William DuVall. Stone Sour’s Corey Taylor was suffering from an injured calf muscle he earned the day before at Carolina Rebellion and demonstrated his ability to overcome the minor hurdle by tossing his crutch off the stage, claiming that he injured his leg and not his voice. 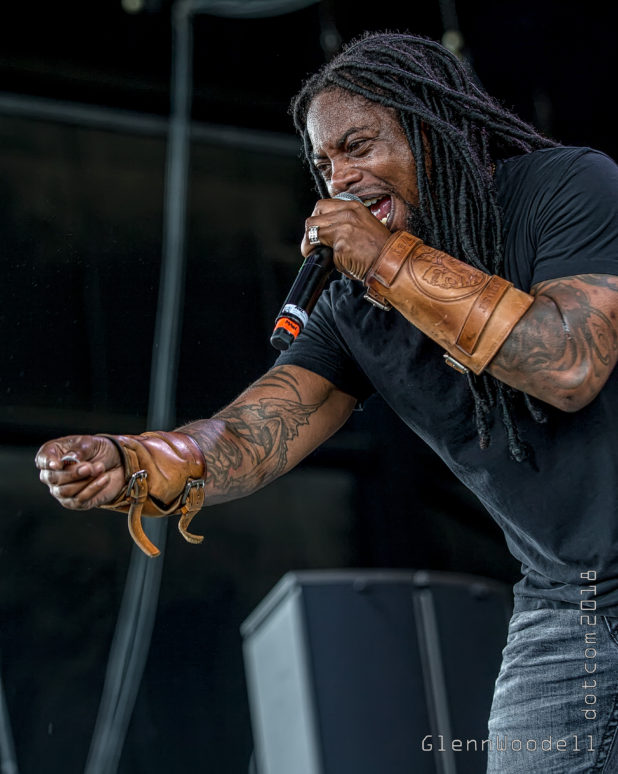 Sevendust’s Lajon Witherspoon totally made the evening for young fan Erik Deel, who despite his exhaustion, refused to leave the front rail. Witherspoon spotted Erik clinging to the rail during the show and grabbed a fresh guitar pick and tossed it to him. Erik managed to go home with a Sevendust drum stick as well. And over on the side stage with Steel Panther, a young lady was seen at her emotional limits, likening the classic photos of young women crying in front of Elvis. Likewise, she went home with one of Lexxi Fox’s picks, courtesy of Michael Starr.

Despite the many conversations heard about STP’s new vocalist, Jeff Gutt, he did not disappoint the more than 13,000 people in attendance. Corey Taylor helped cool off the crowd by tossing water on the front rows a few times, and then followed up with a confetti cannon…and another bottle of water.

The lighting for Alice in Chains was bright and mostly from the rear, leaving the front men mostly silhouetted, with occasional breaks in between the flashes. It was a combination of drum beat and light heat for the senses in front of the large crowd that stayed until the very end.

The Lunatic Luau is expected to continue into 2019 and beyond with more great bands packed together in a smorgasbord of rockin’ music.